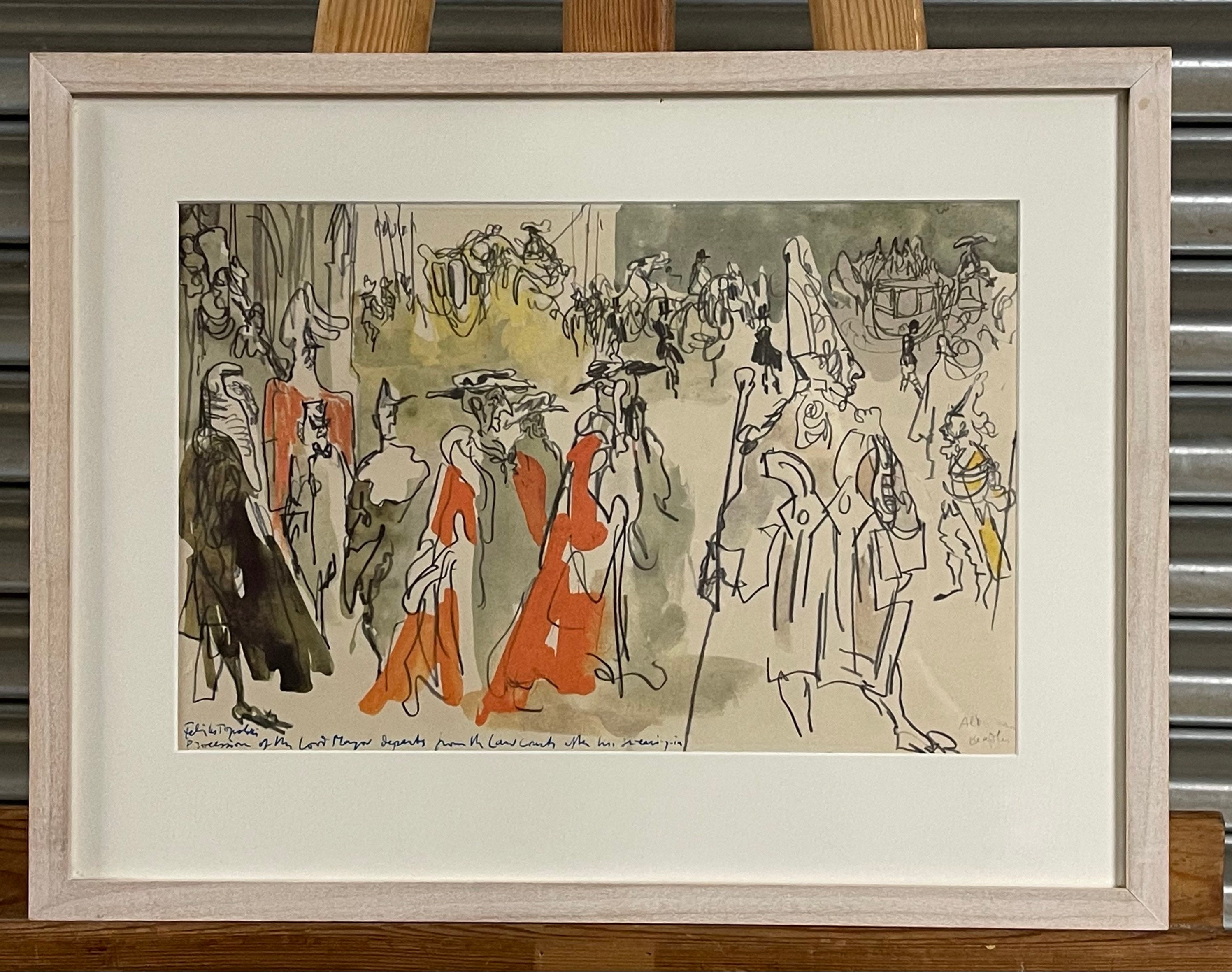 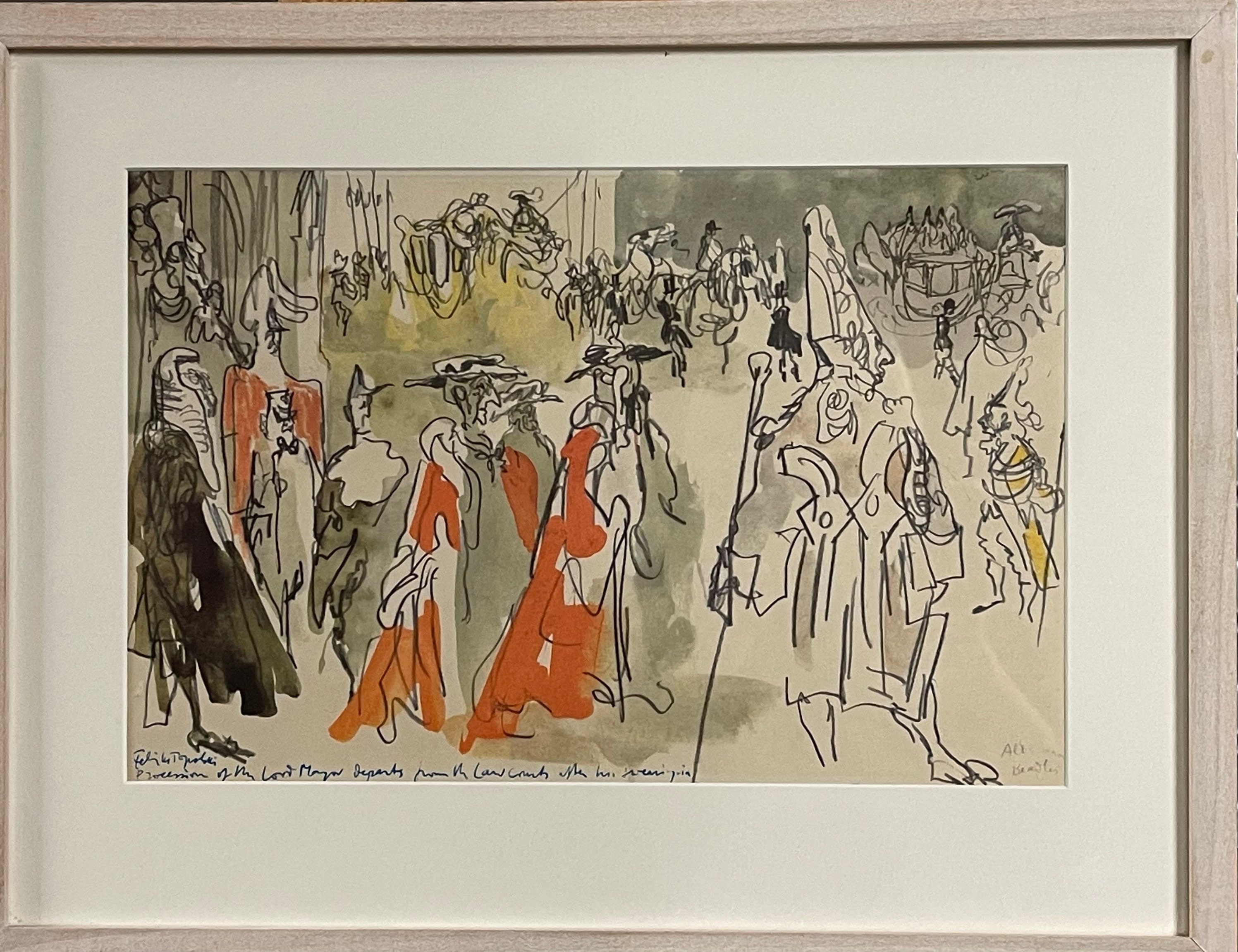 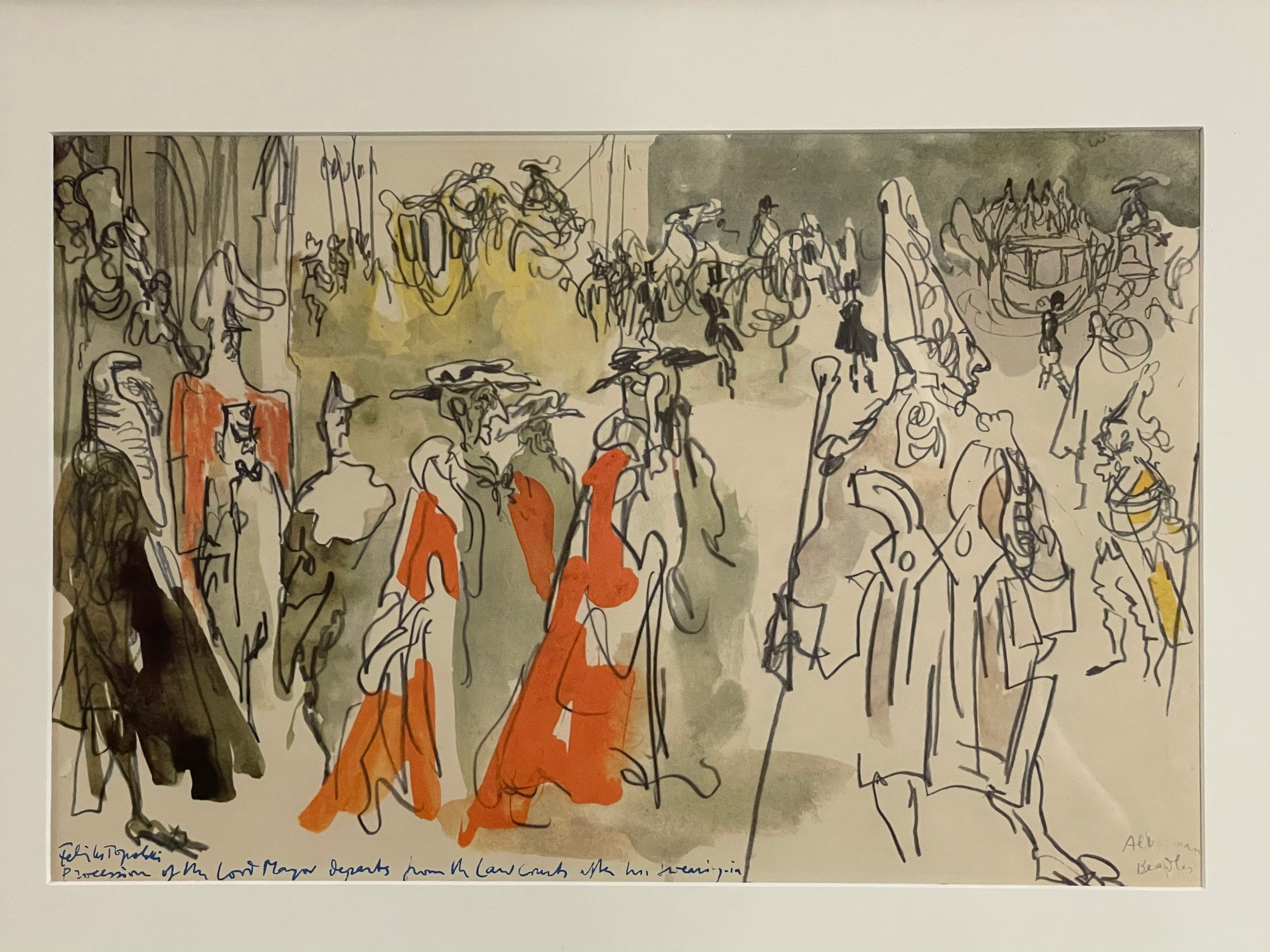 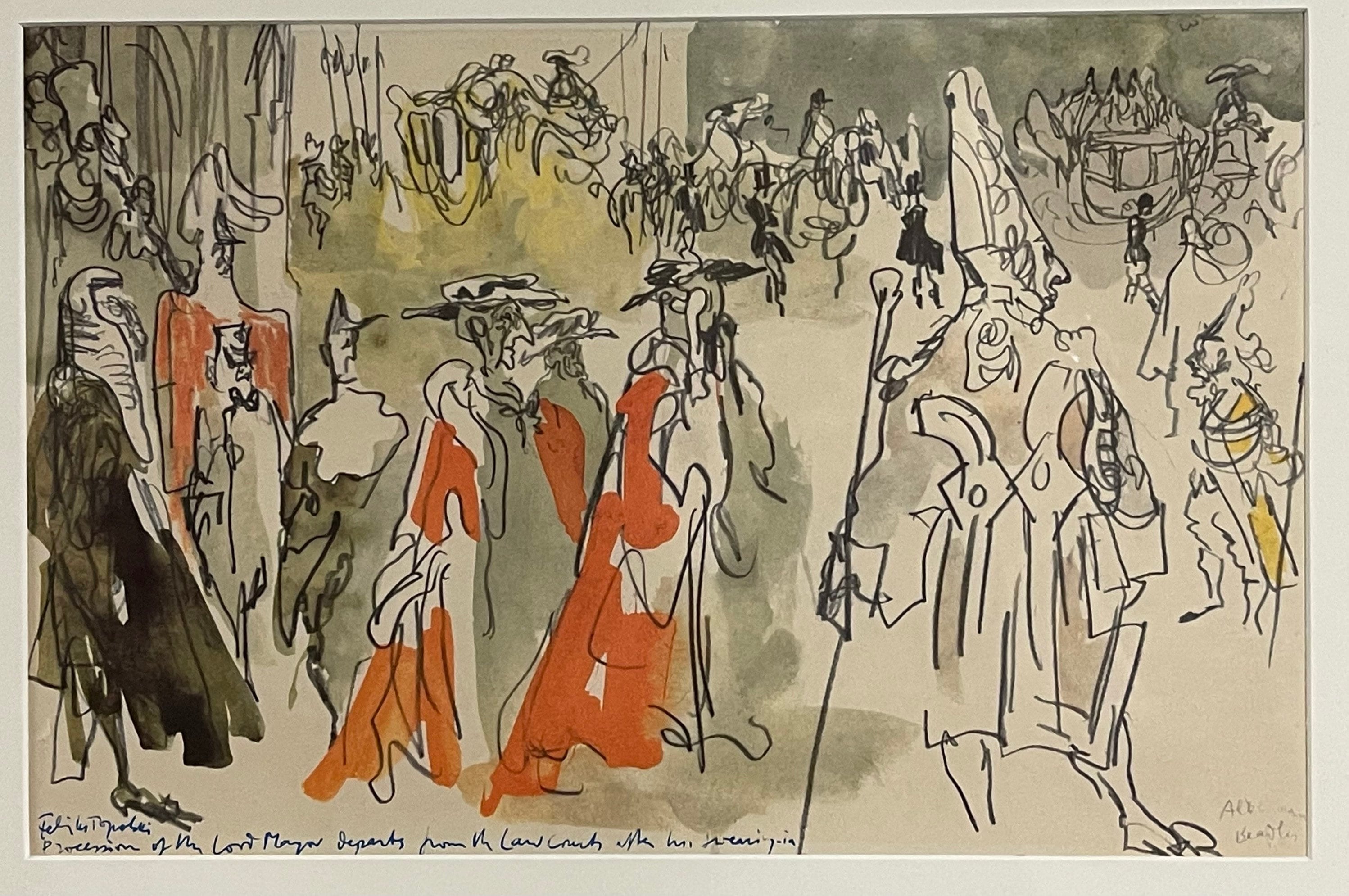 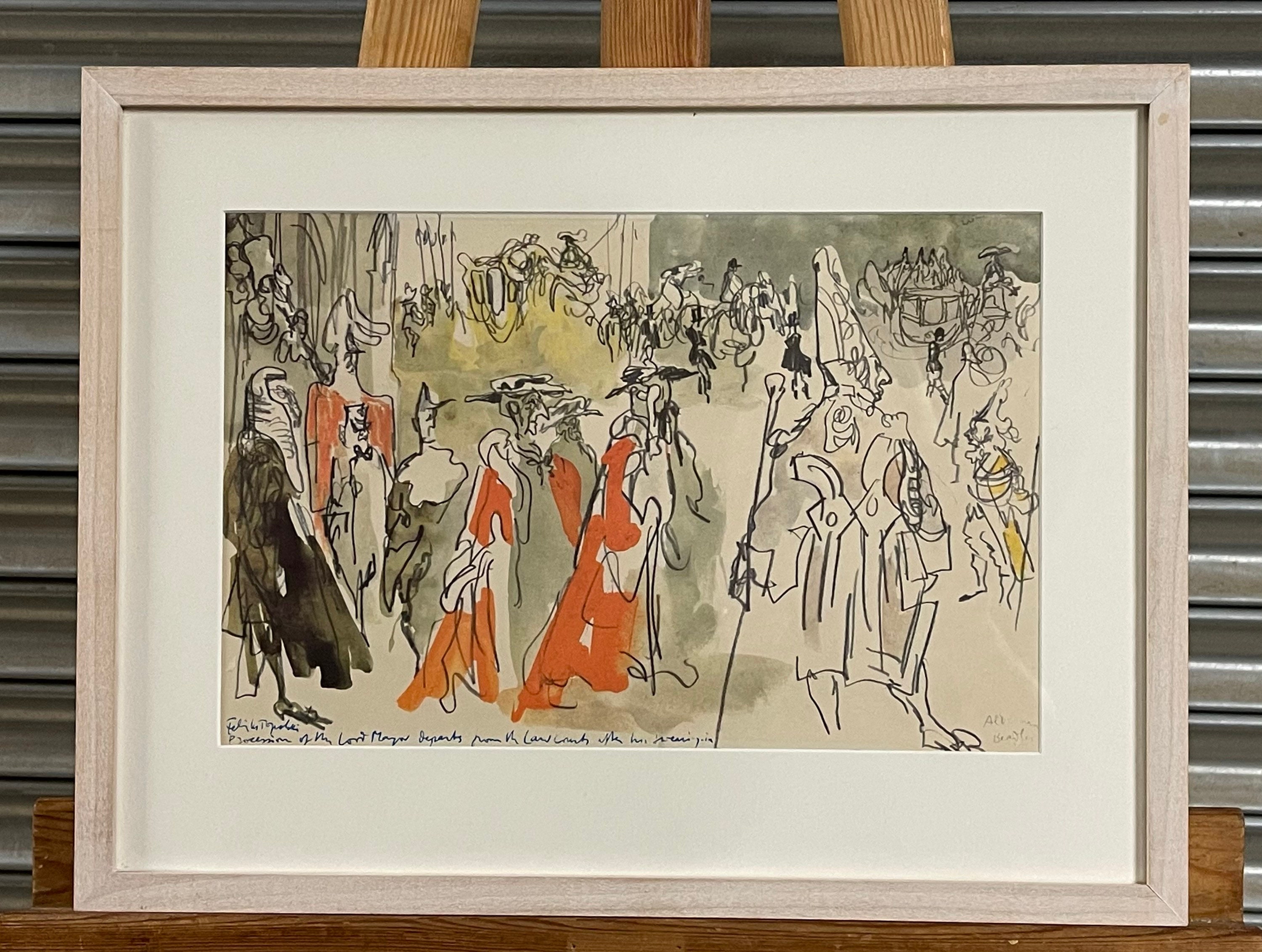 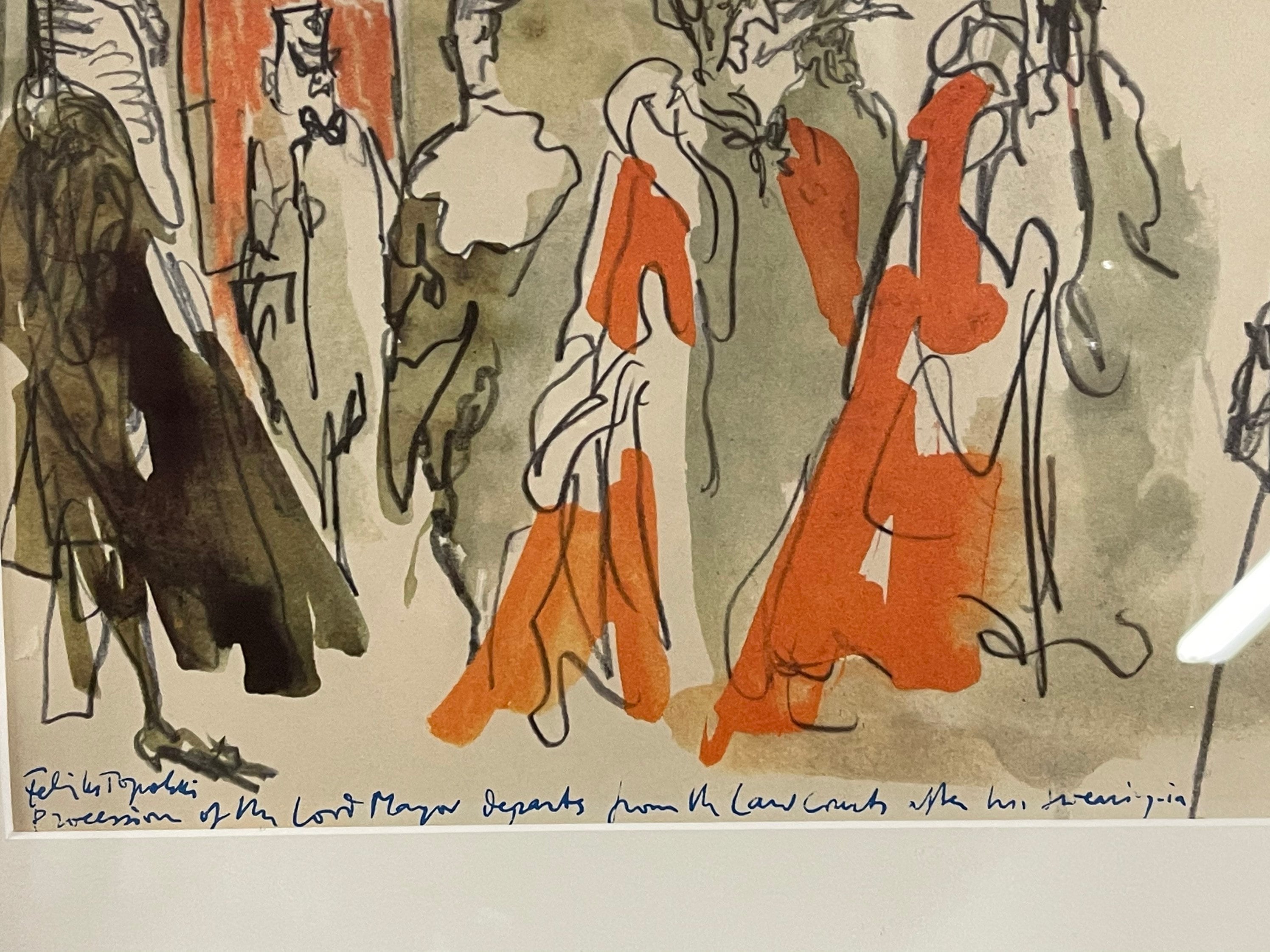 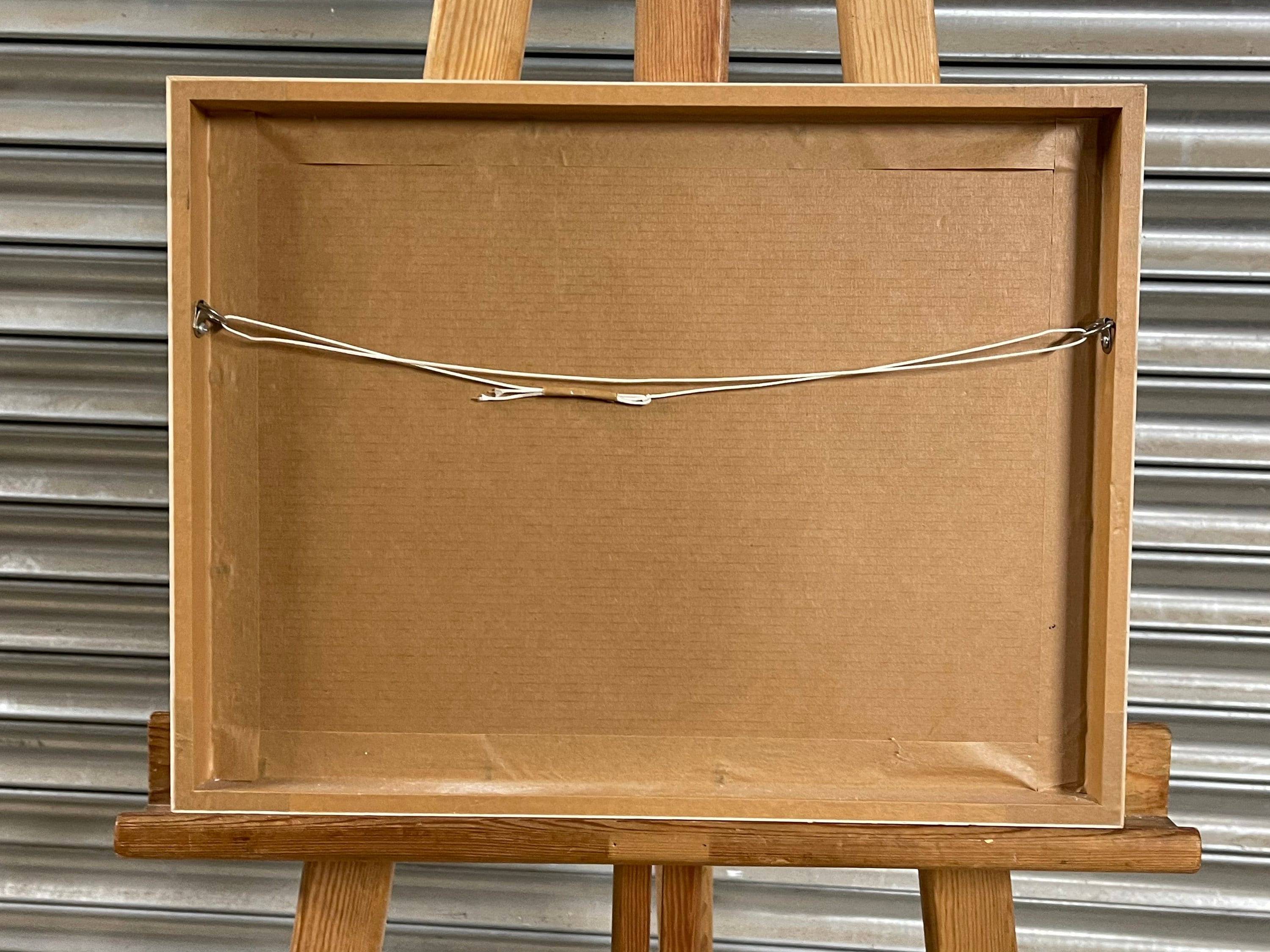 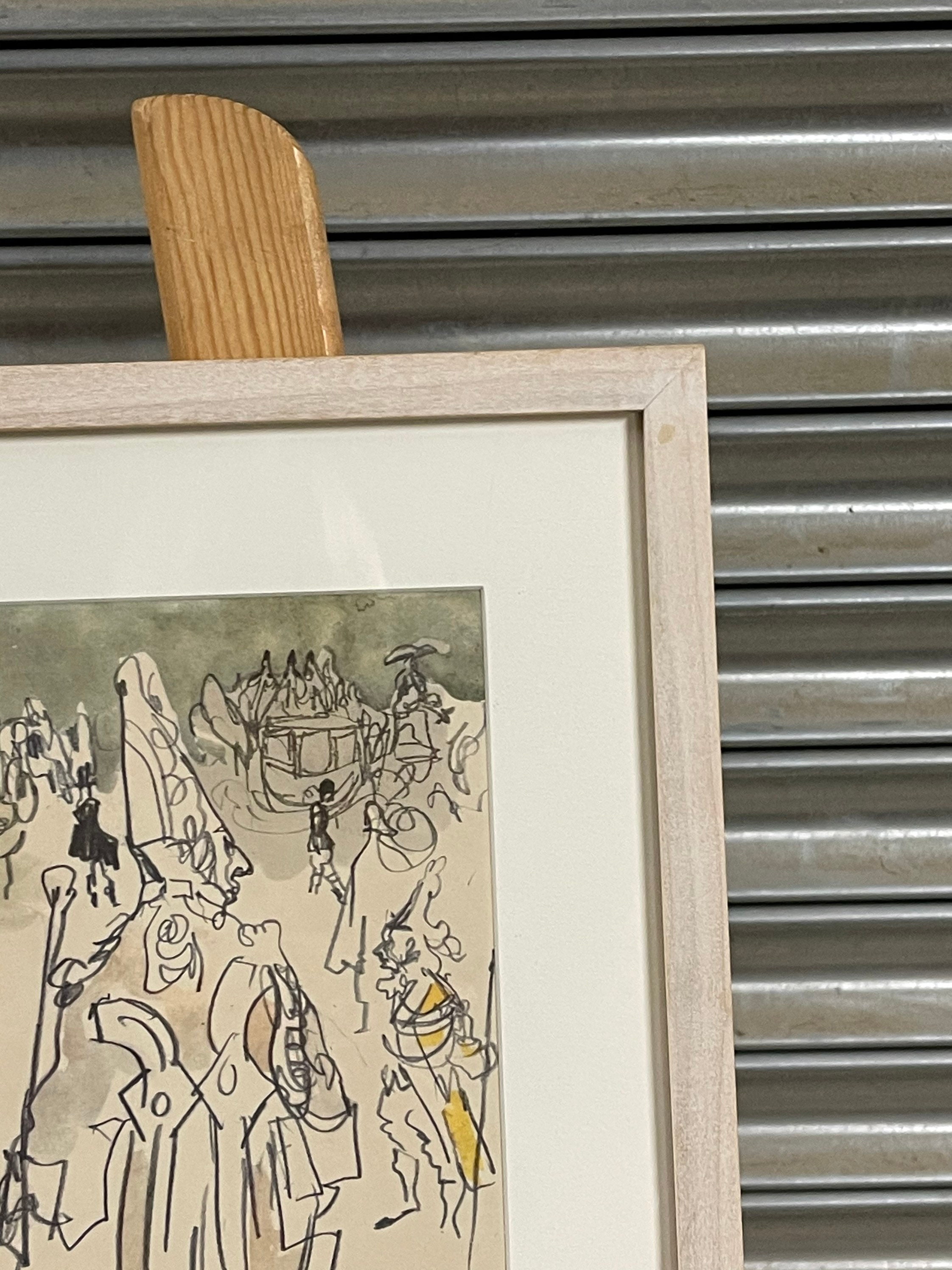 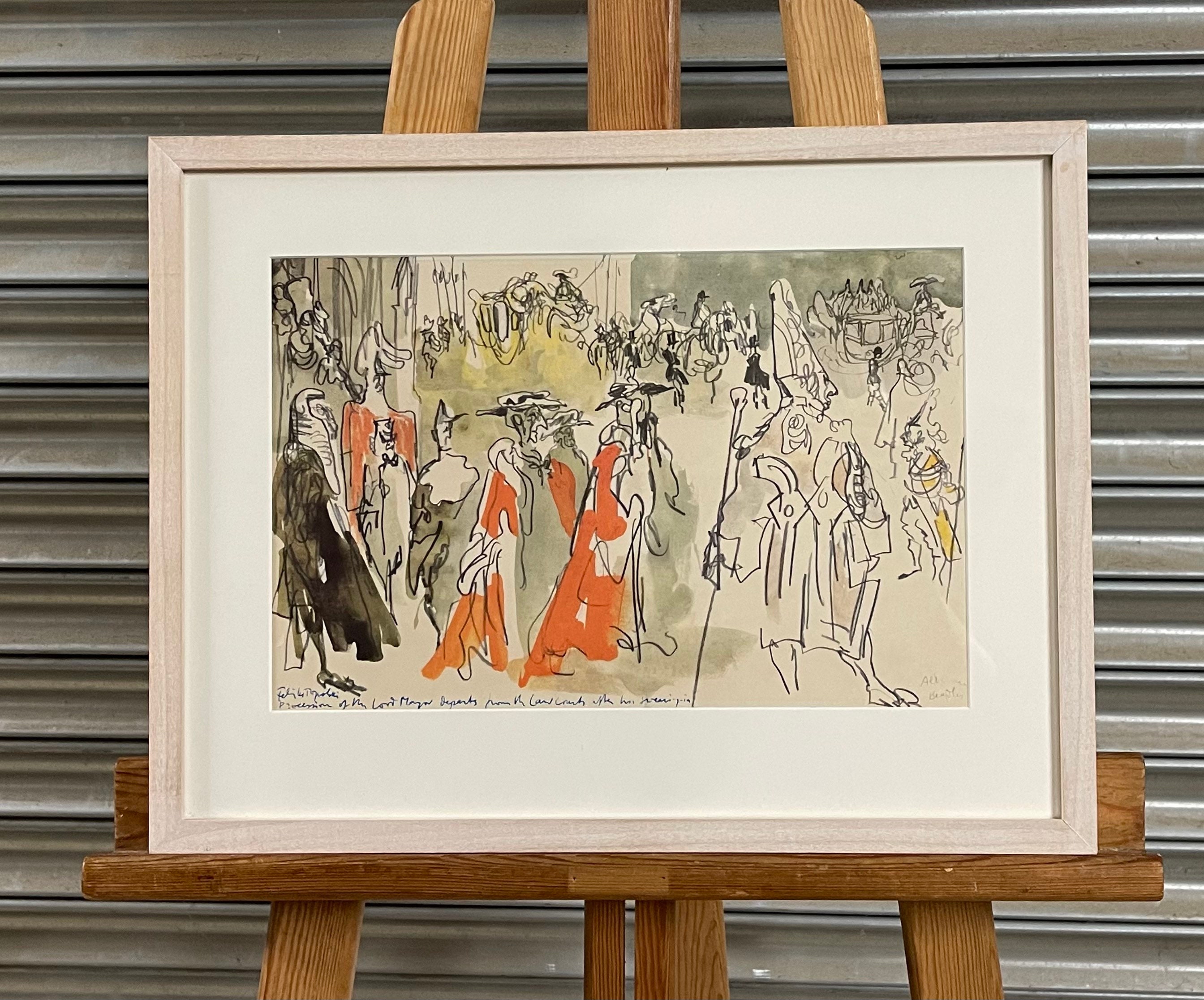 
This picture was originally drawn by Royal Academican, Feliks Topolski and depicts the annual procession. Of the Lord Mayor of London from the Law courts after his swearing in.


Topolski was described by Bernard Shaw as an astonishing draughtsman