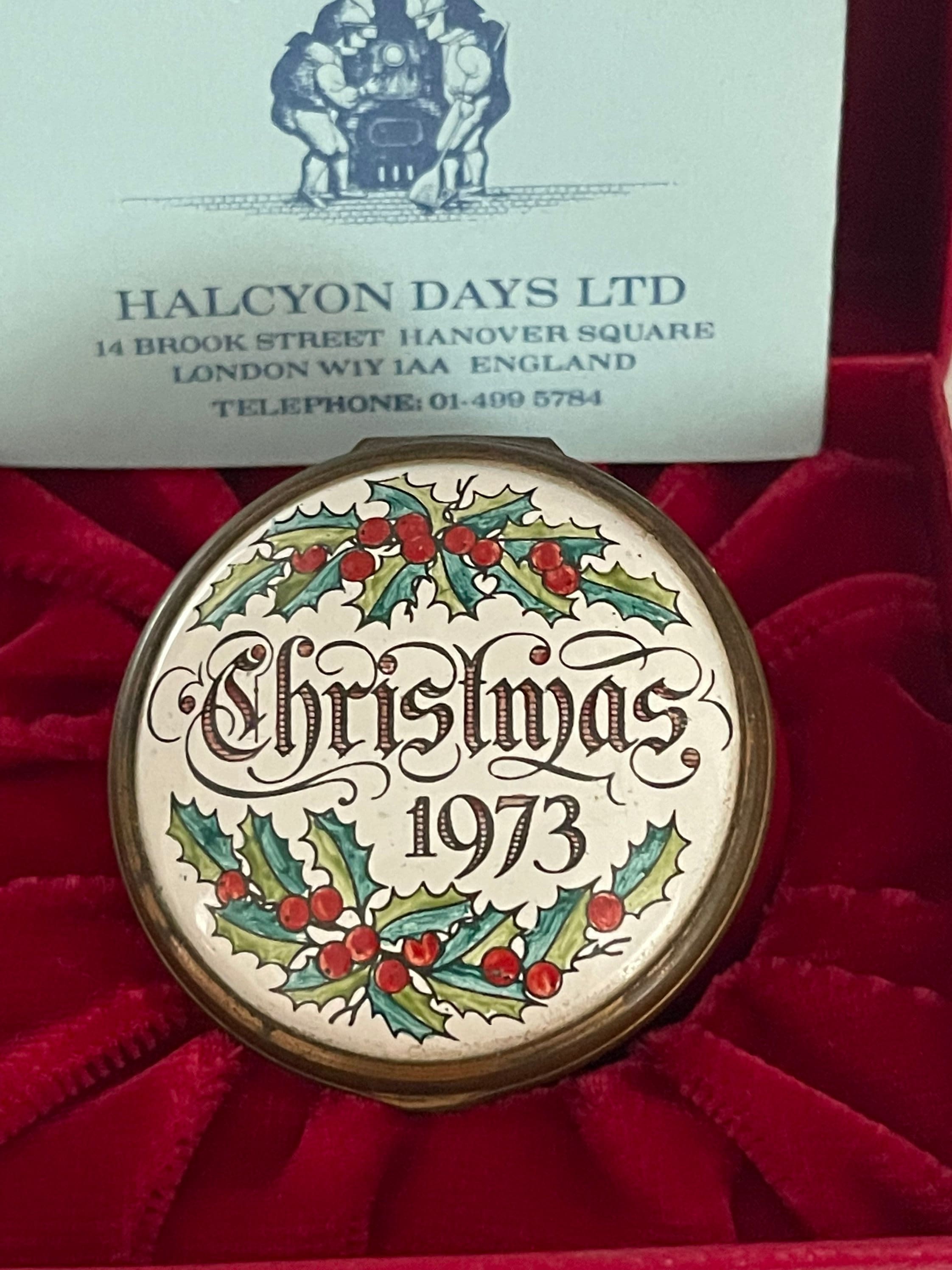 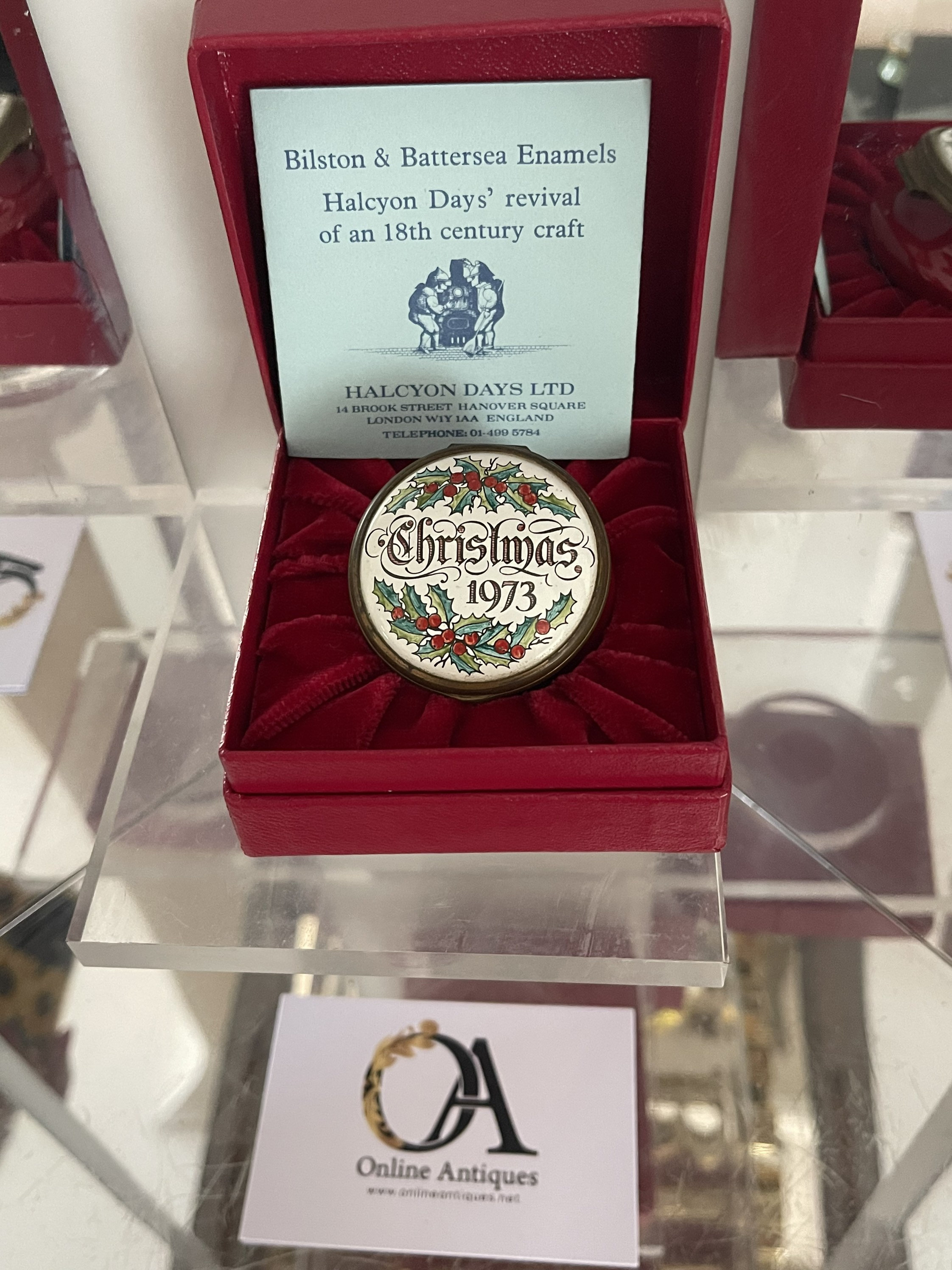 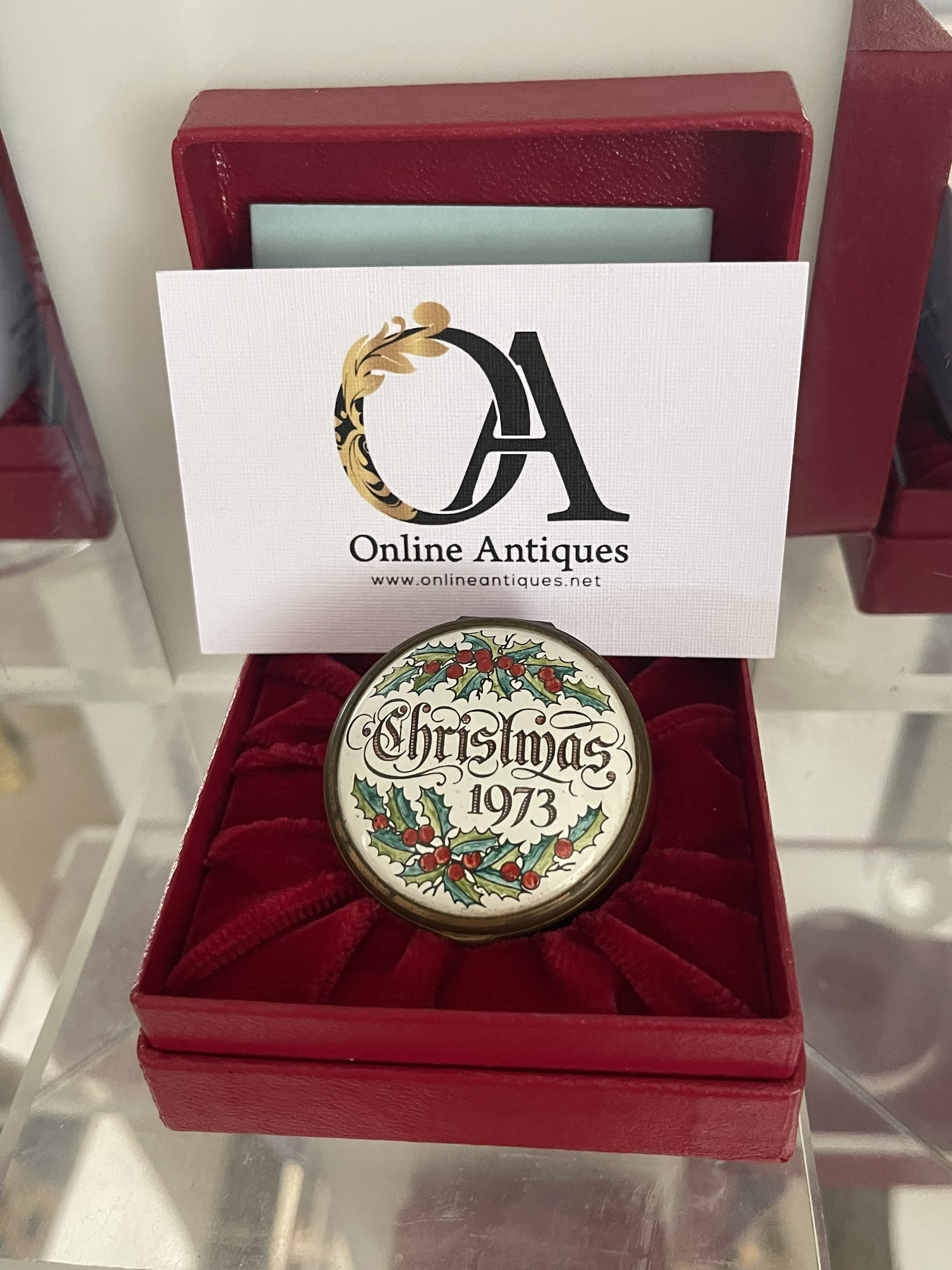 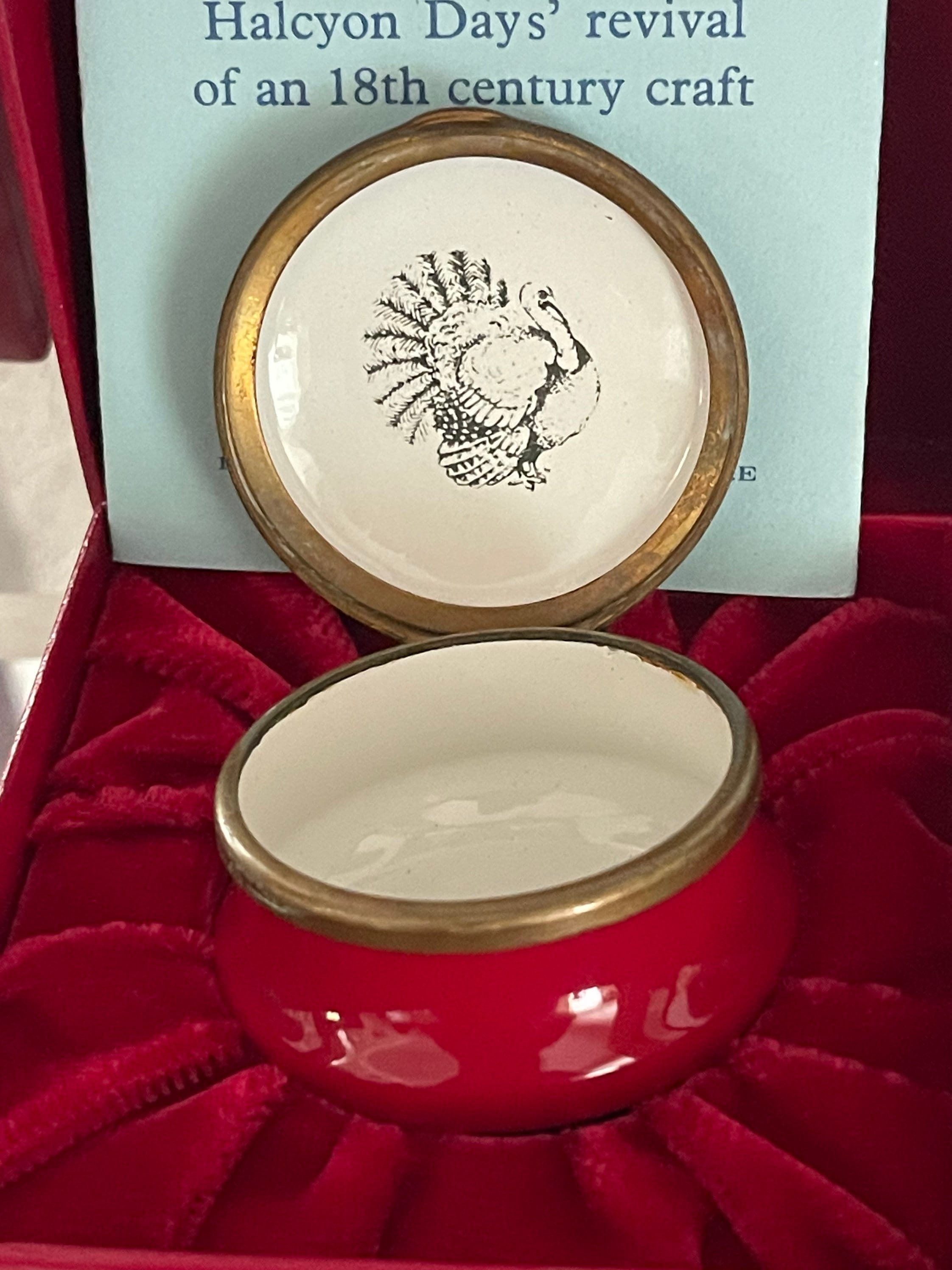 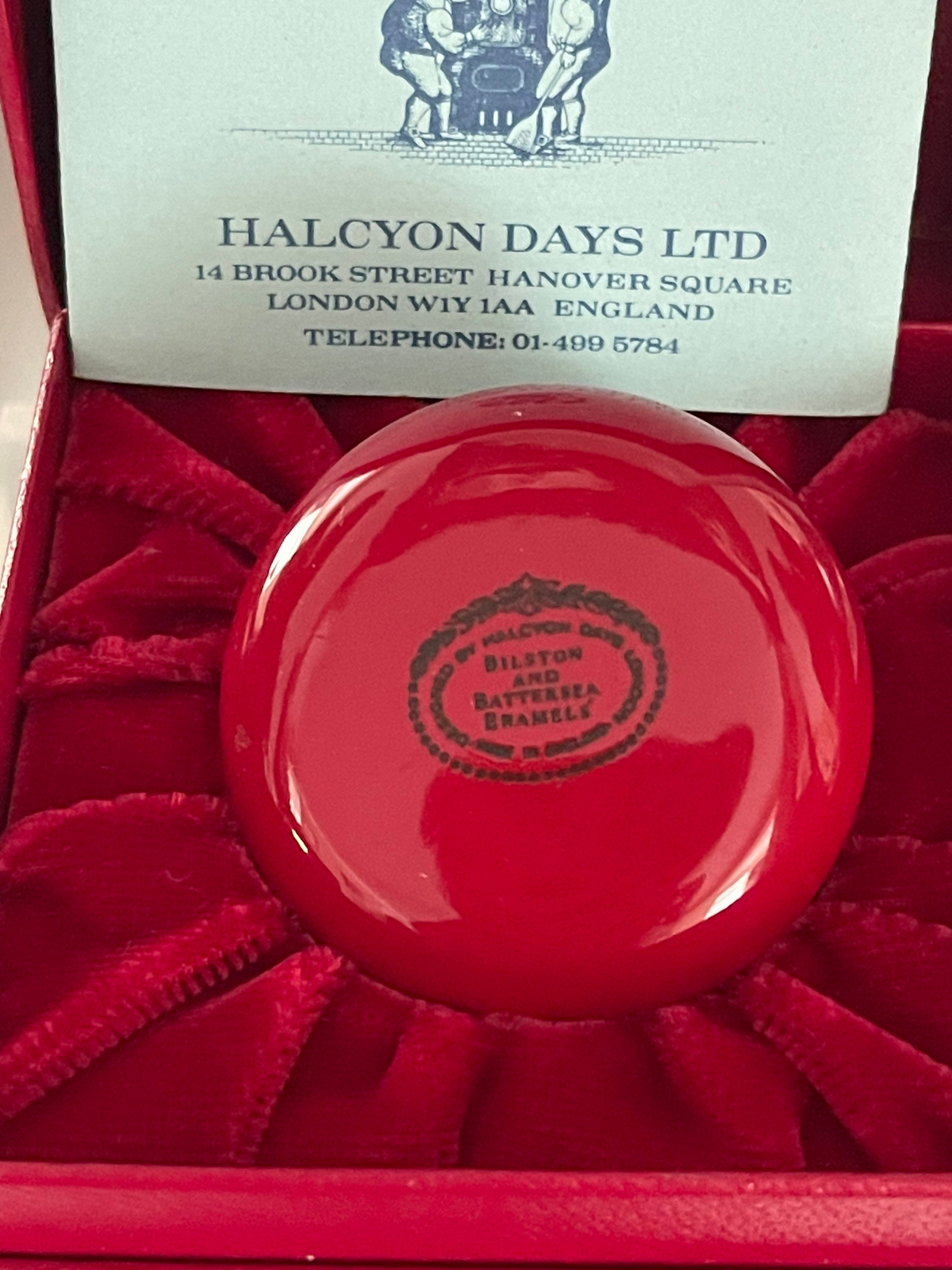 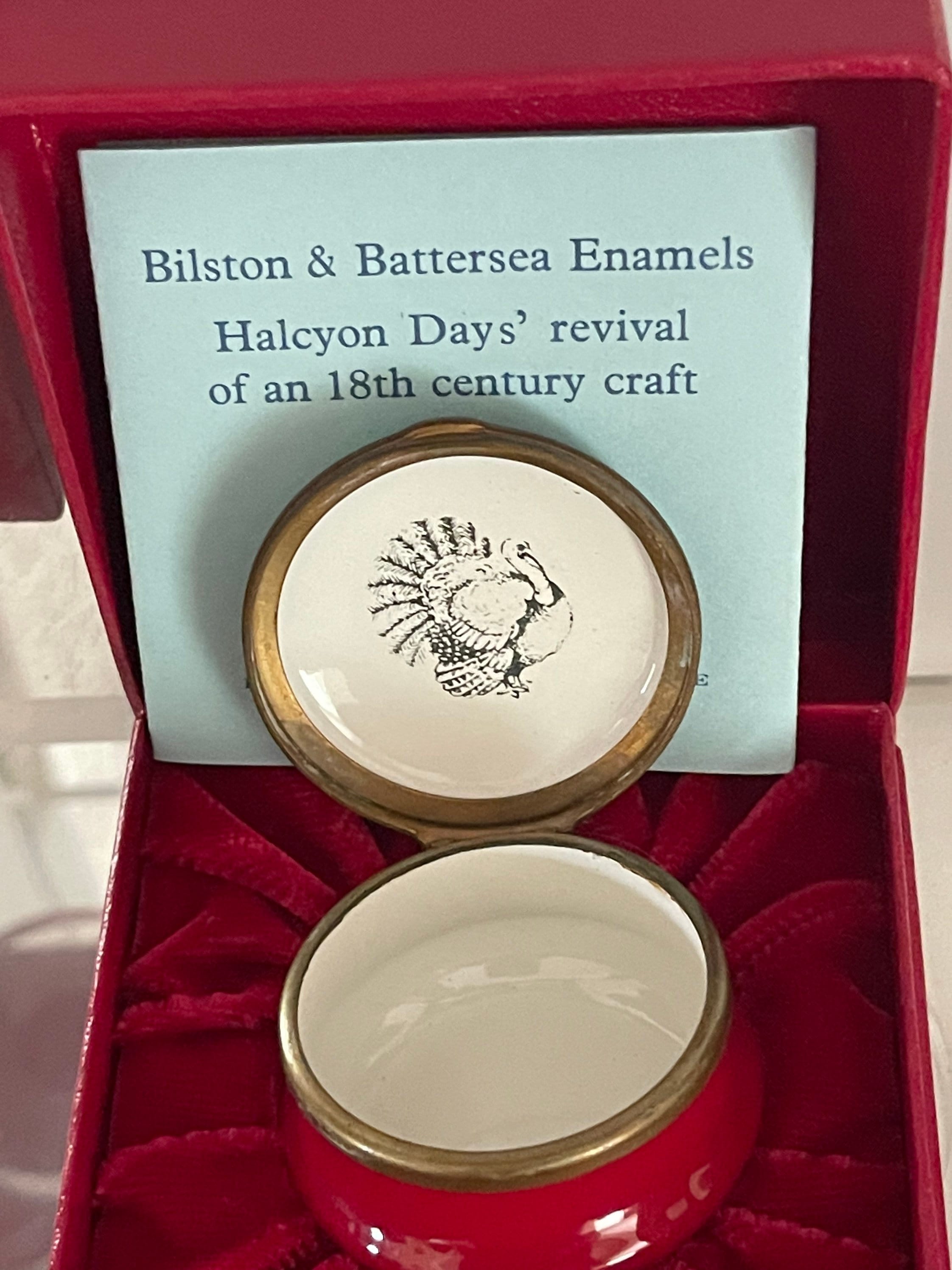 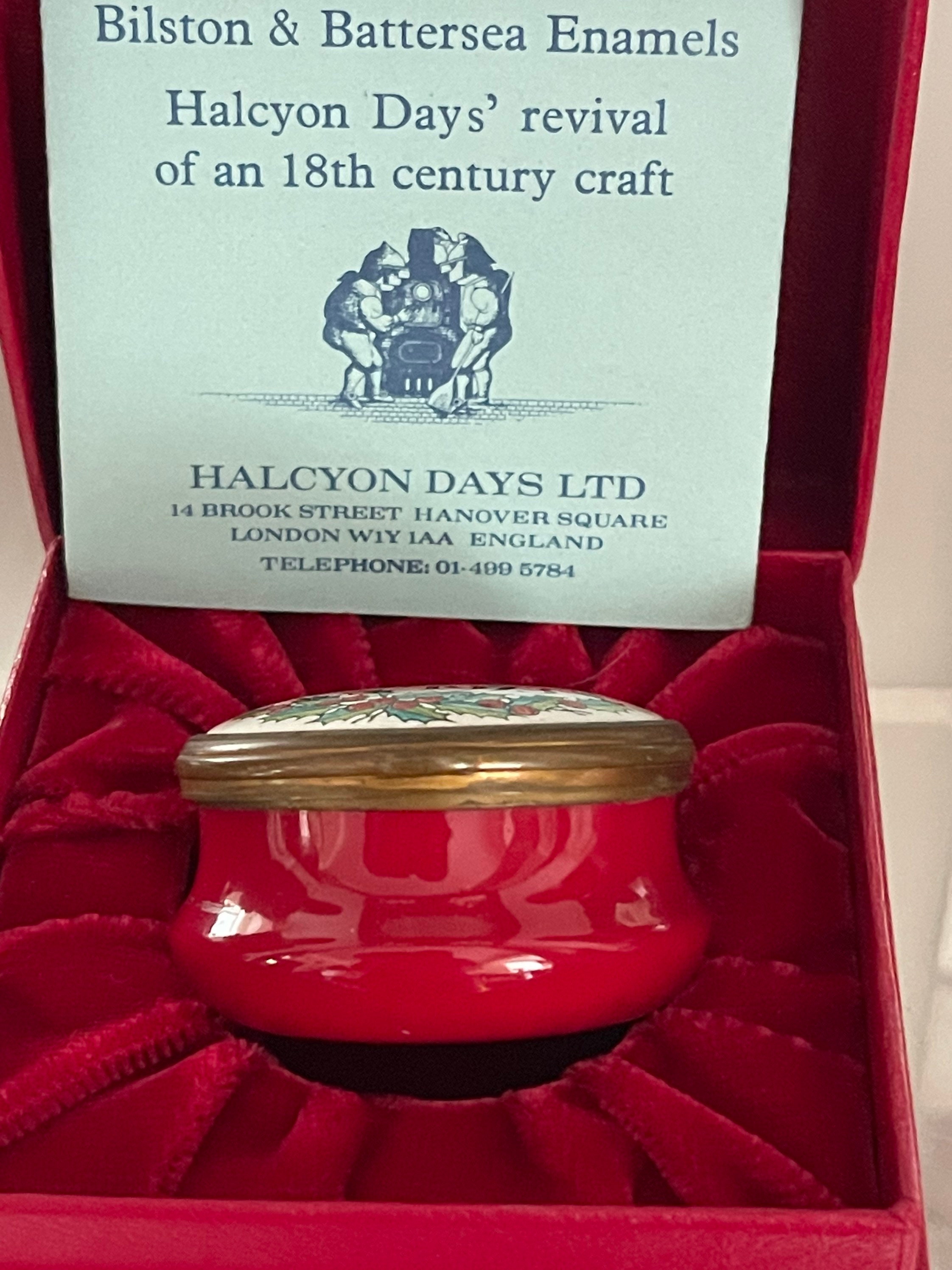 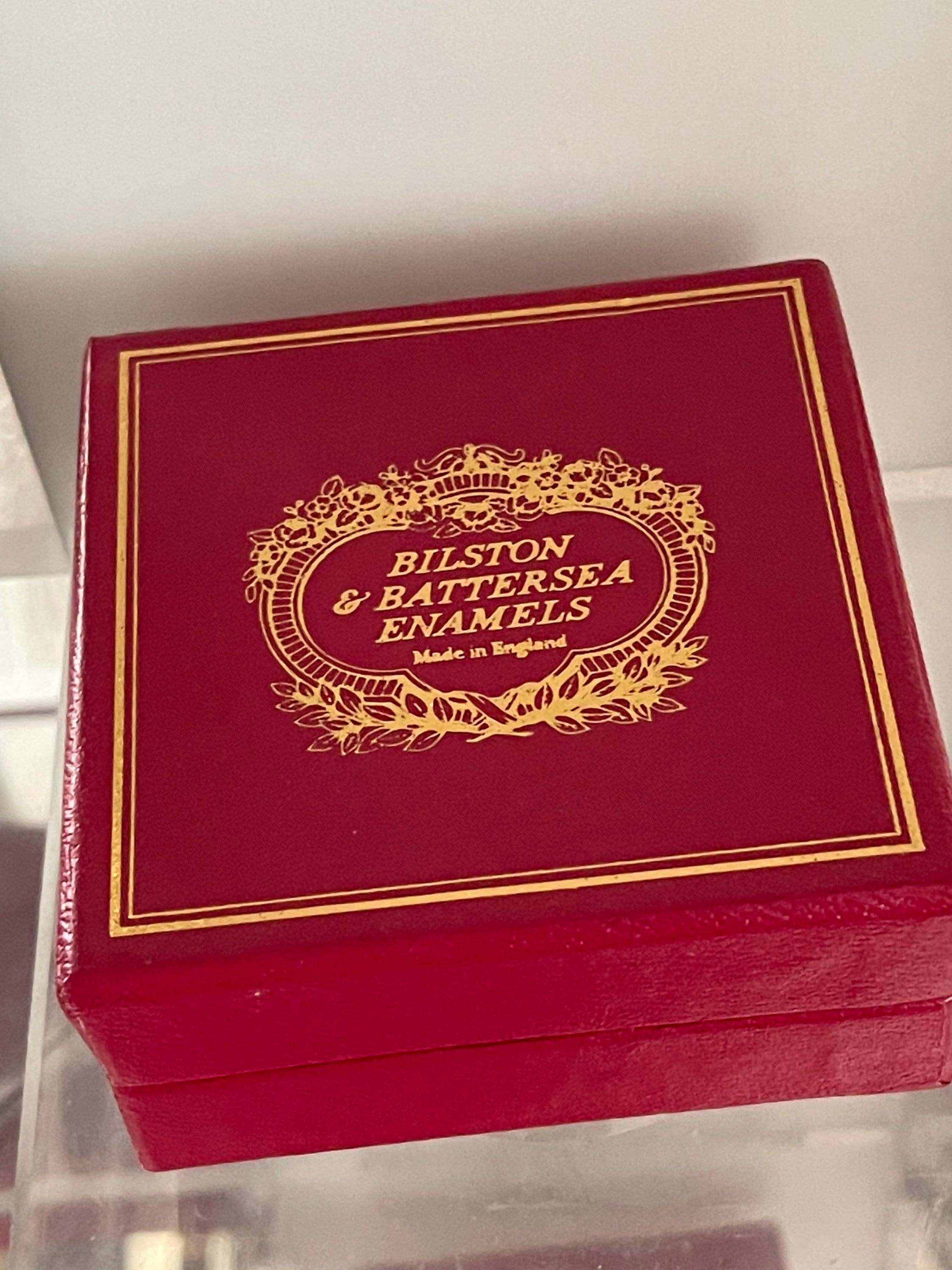 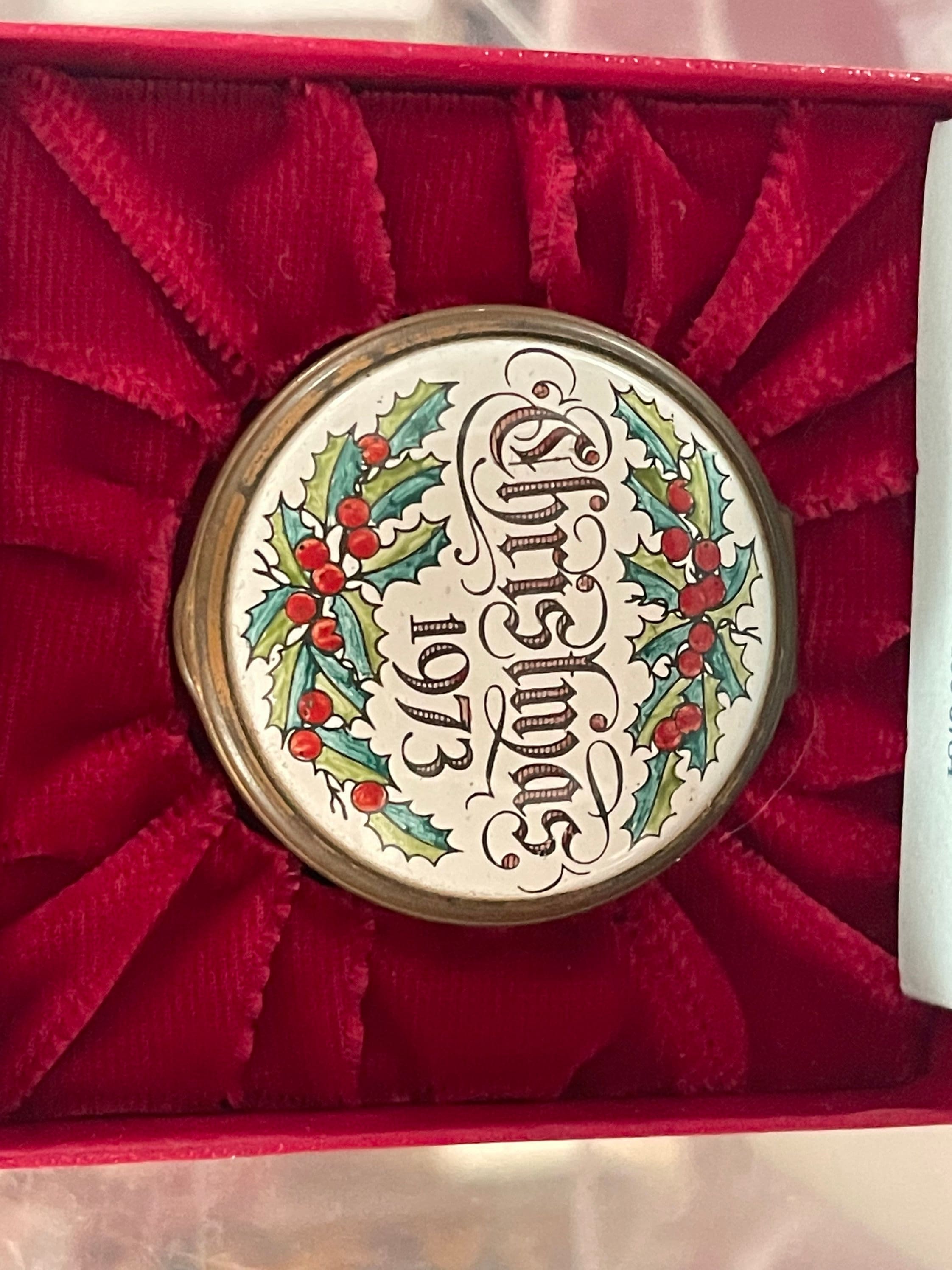 
This is the UK version


This was the inaugural year of the round Christmas box which was started due to the success of the subsequent demand for the limited edition oval Christmas enamels, which commenced in 1971


For two of the early years 1973 and 1974 in the series of round Christmas boxes, a separate version was made for the UK and the USA. This is an outstanding example of the UK version which is characterized by ‘Christmas 1973’ in script across the top of the lid adorned by holly berries and a Turkey on the inside of the lid and having a red vase. The US version has a green base


Will be sent via Royal Mail First Class signed for service