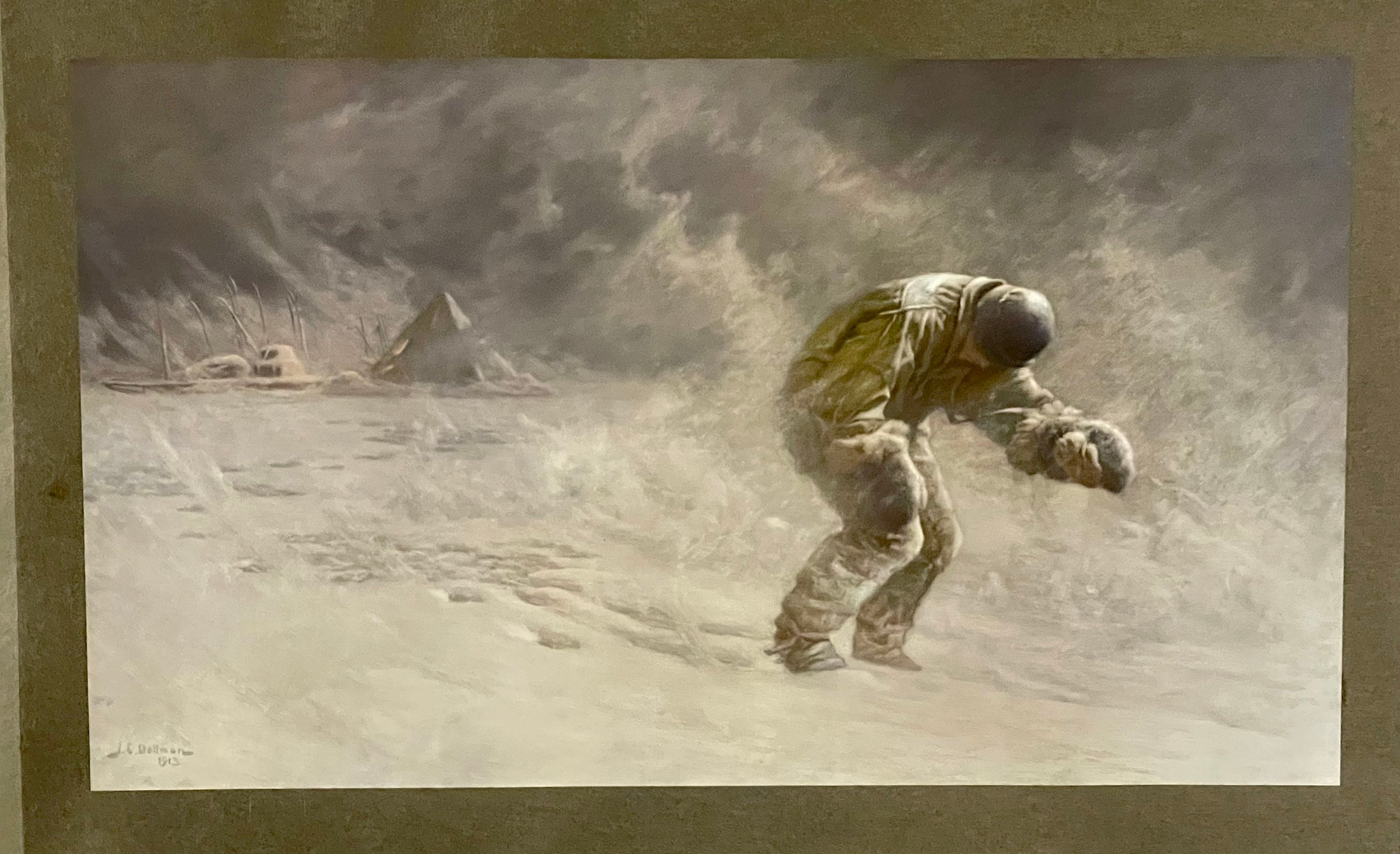 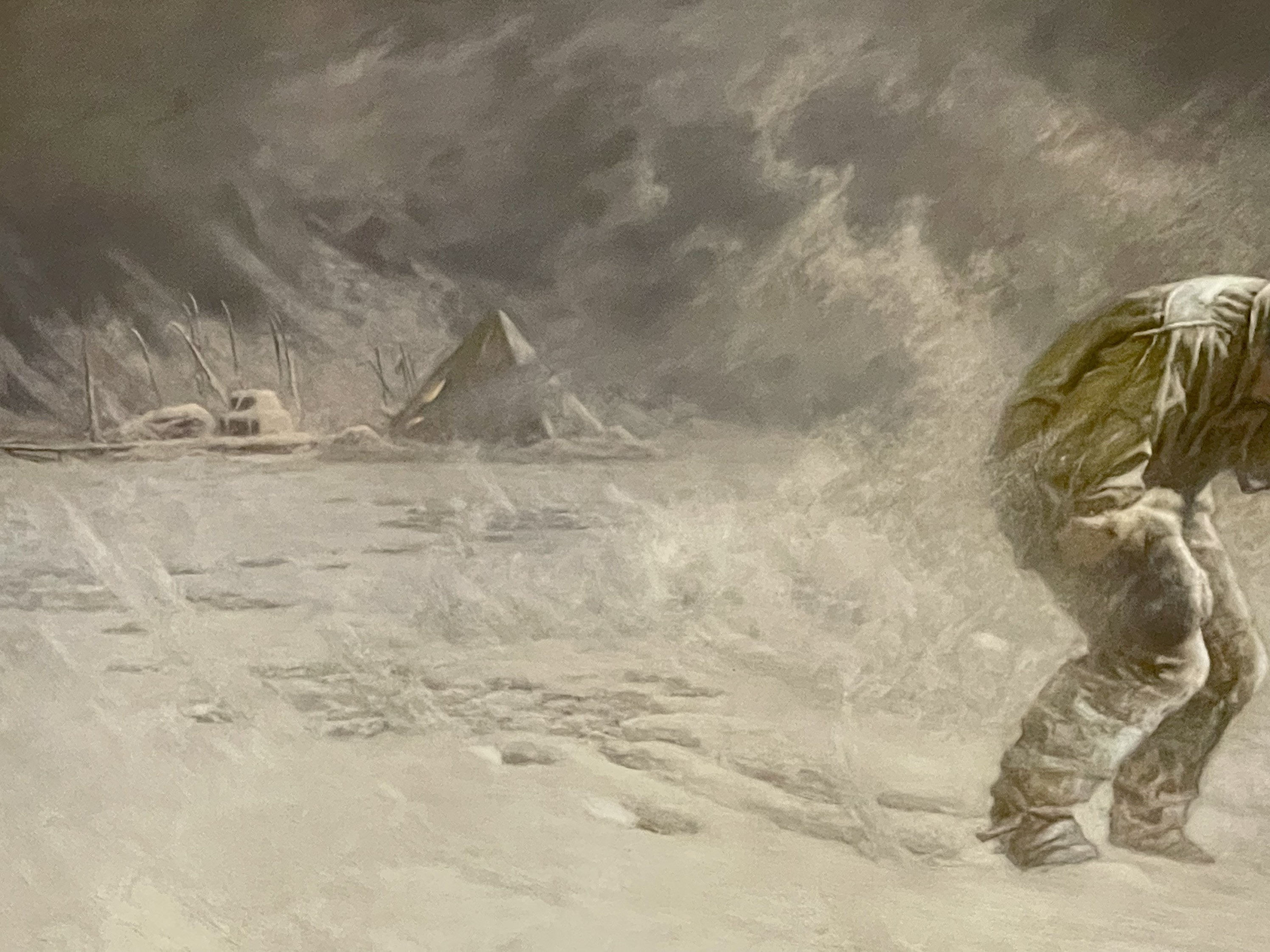 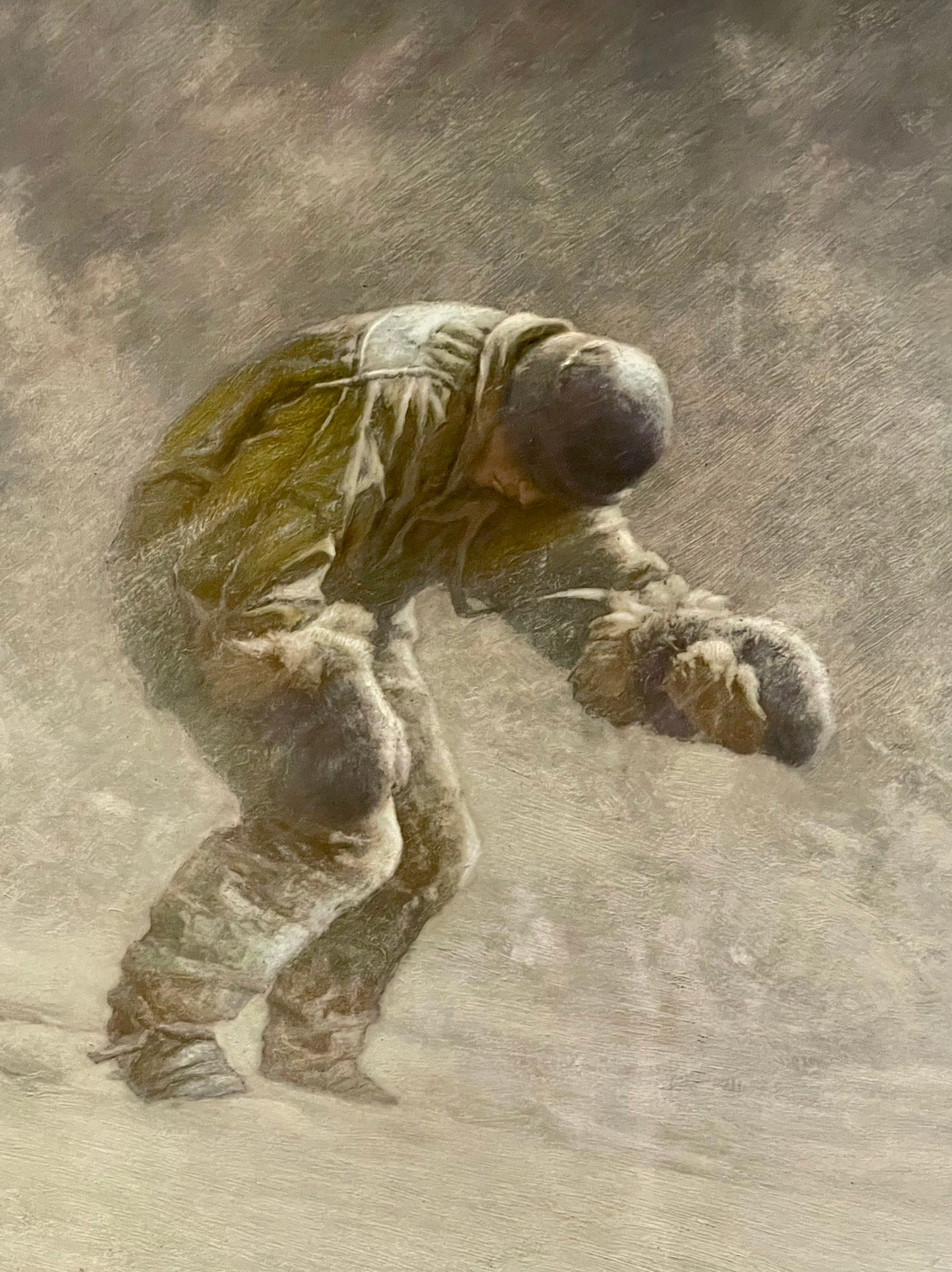 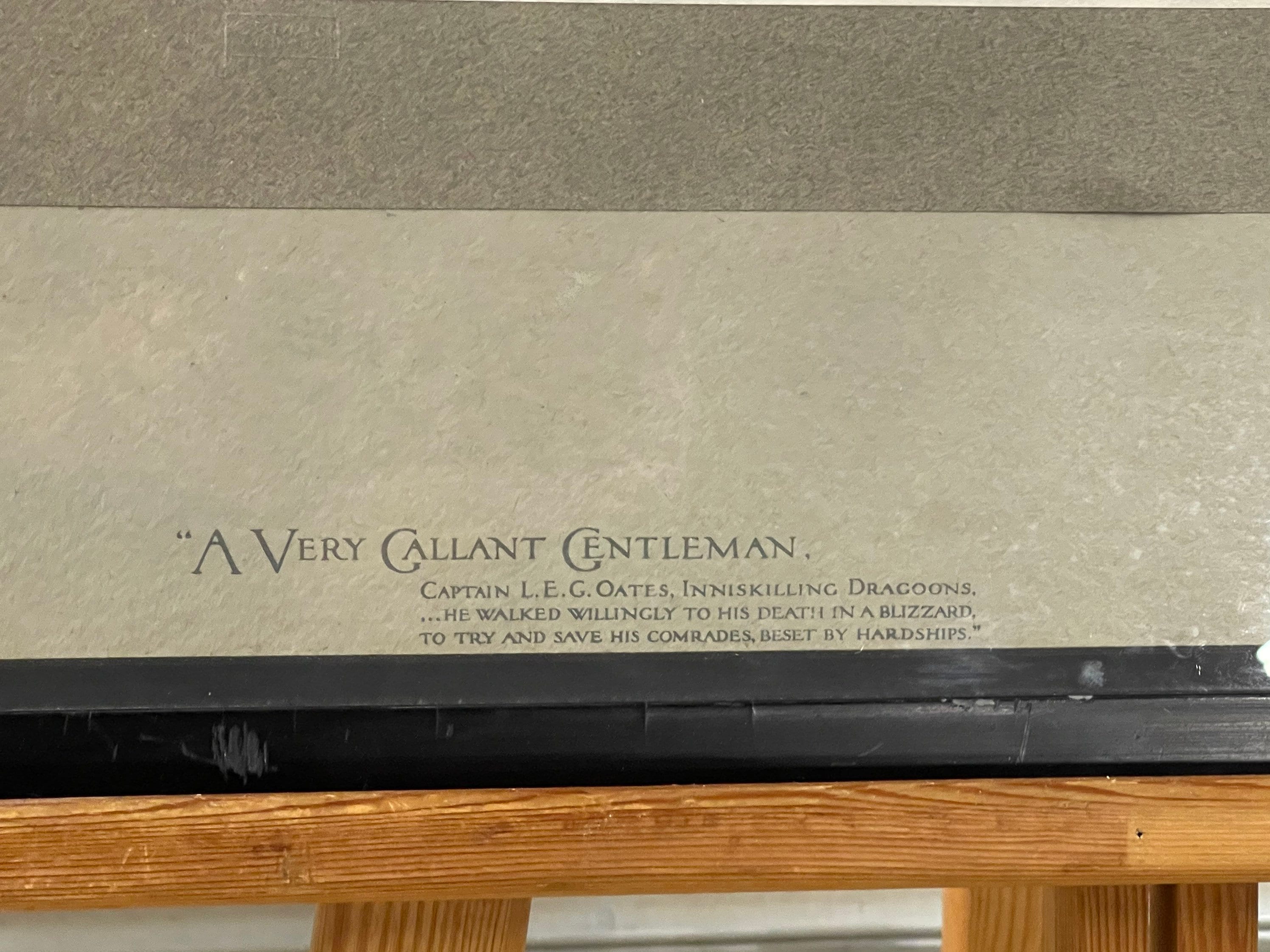 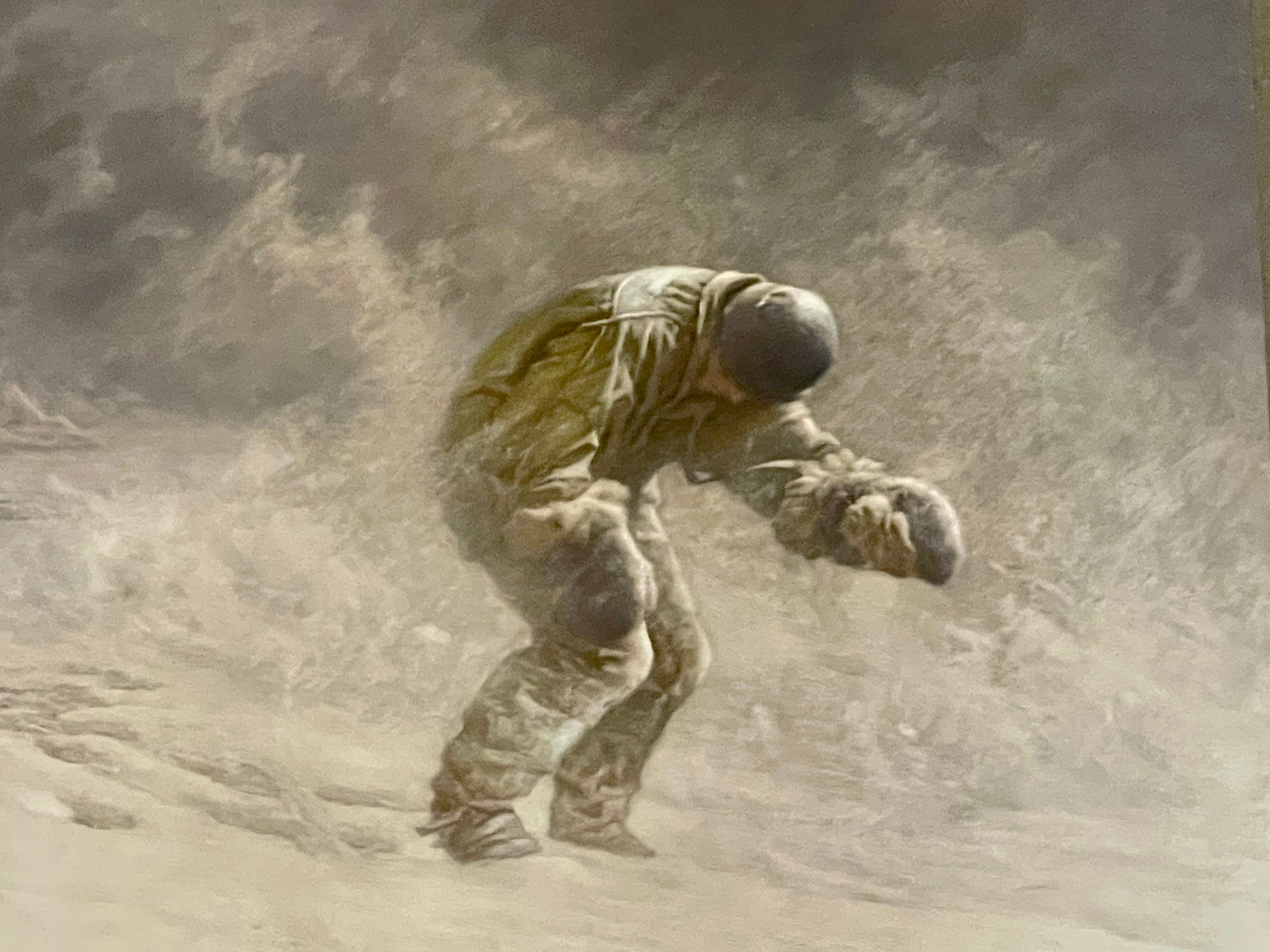 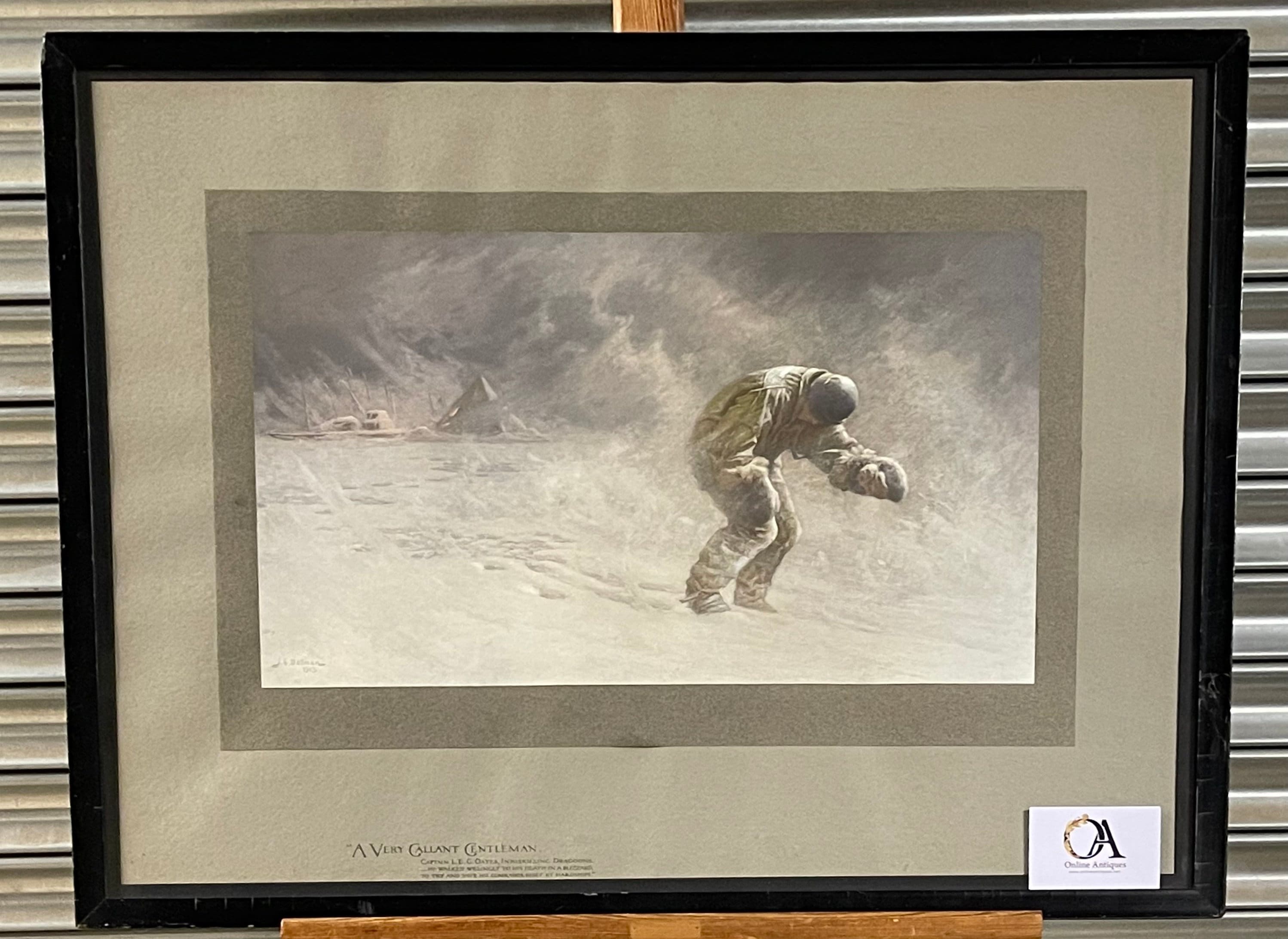 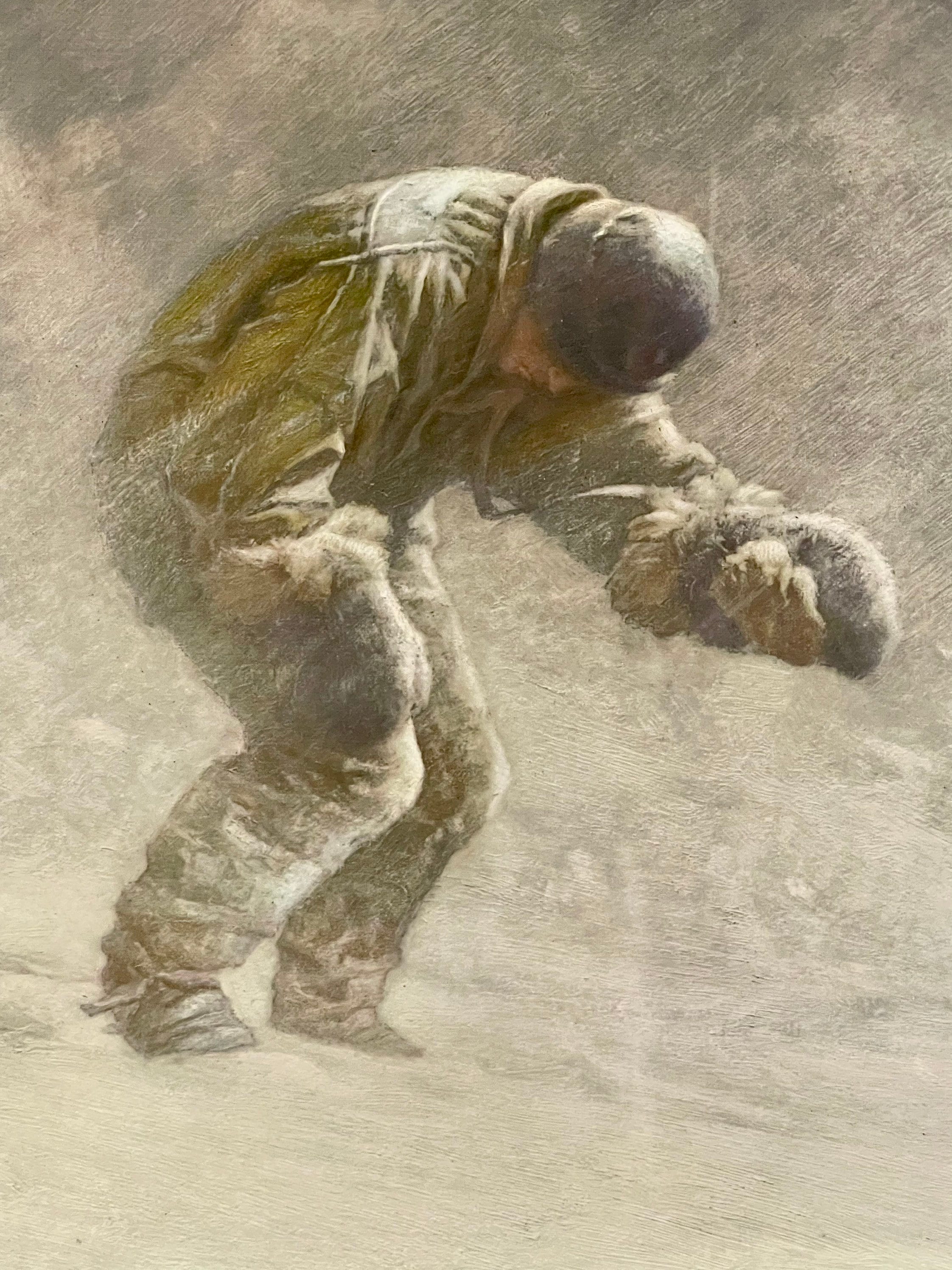 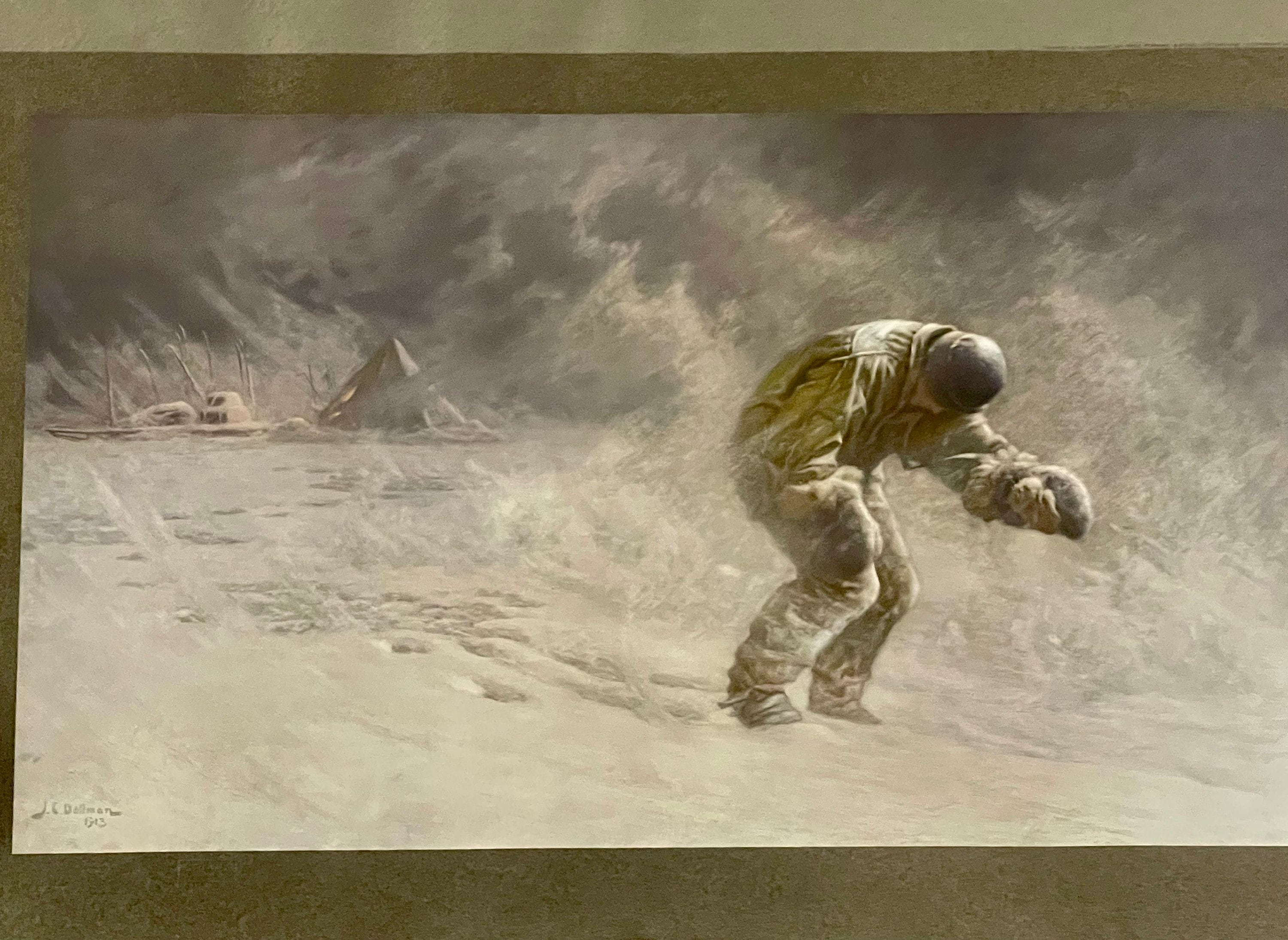 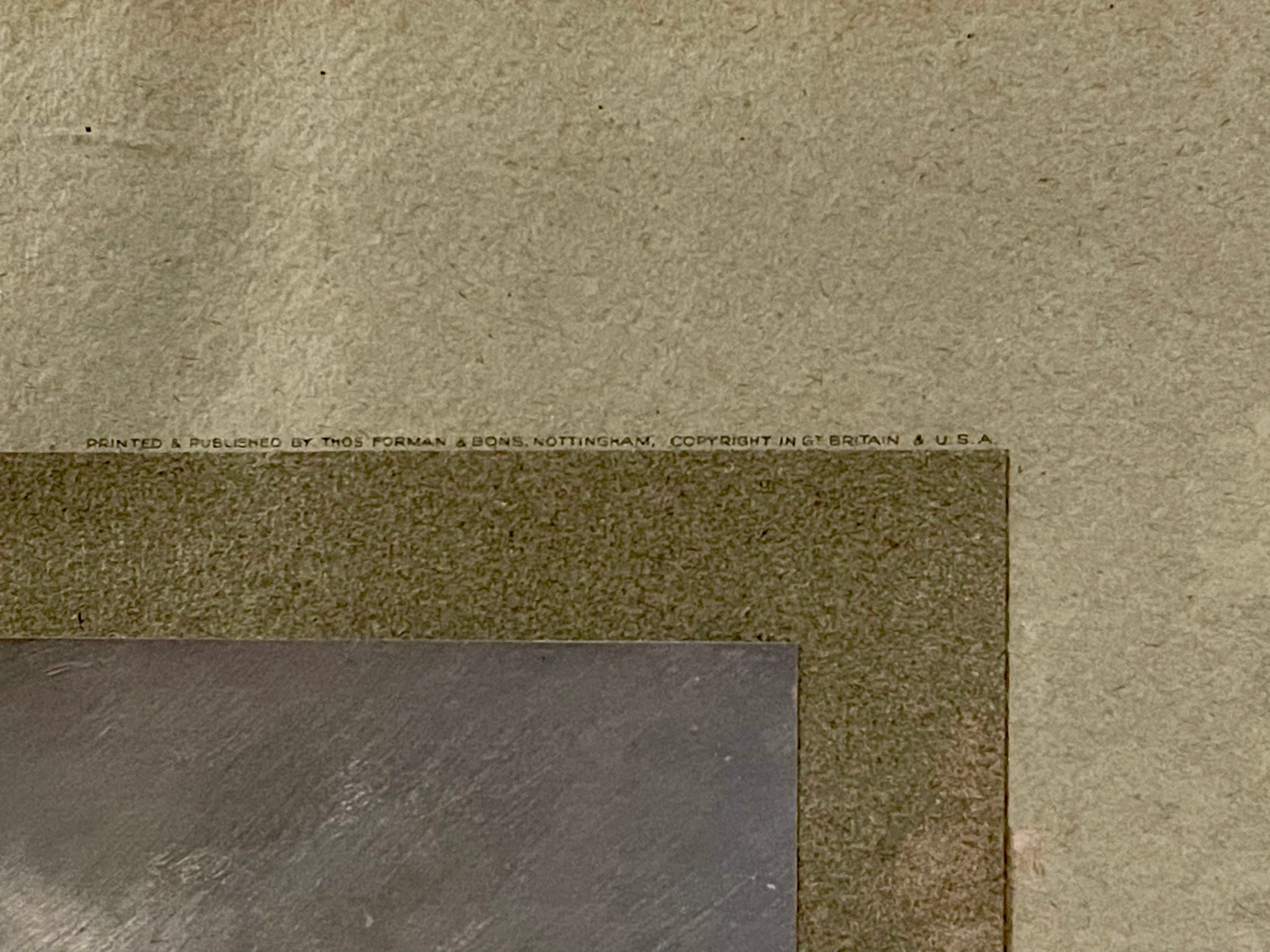 Fabulous Lithograph Artwork of Captain Lawrence Edwards Grace ‘Titus’ Oates walking to his death on the Terra Nova Expedition to the South Pole, after the painting by John Charles Dollman, Titled’ A Very Gallant Gentleman’

Nicknamed ‘the soldier’ by his fellow expedition members, his role was to look after the 19 ponies that Scott intended to use for sledge hauling.

According to Scott’s diary of the 17th, Oates had walked out of the tent the previous day into a -40 degrees blizzard to his death. Scott wrote in his diary ‘We knew that poor Oates was walking to his death, but though we tried to dissuade him, we knew it was an act of a brave man and a English gentleman. According to Scott’s diary , as Oates left the tent he said, ‘I am just going outside and may be some time’

This is what this lithograph depicts

Oates act of self -sacrifice is one of the most memorable examples of its kind in recent history and his understated final words are often cited as a veritable example of the traditional characteristic of British people concerning the stiff upper lip attitude.

This artwork is framed and glazed and measures approx 75cm x 57.5cm