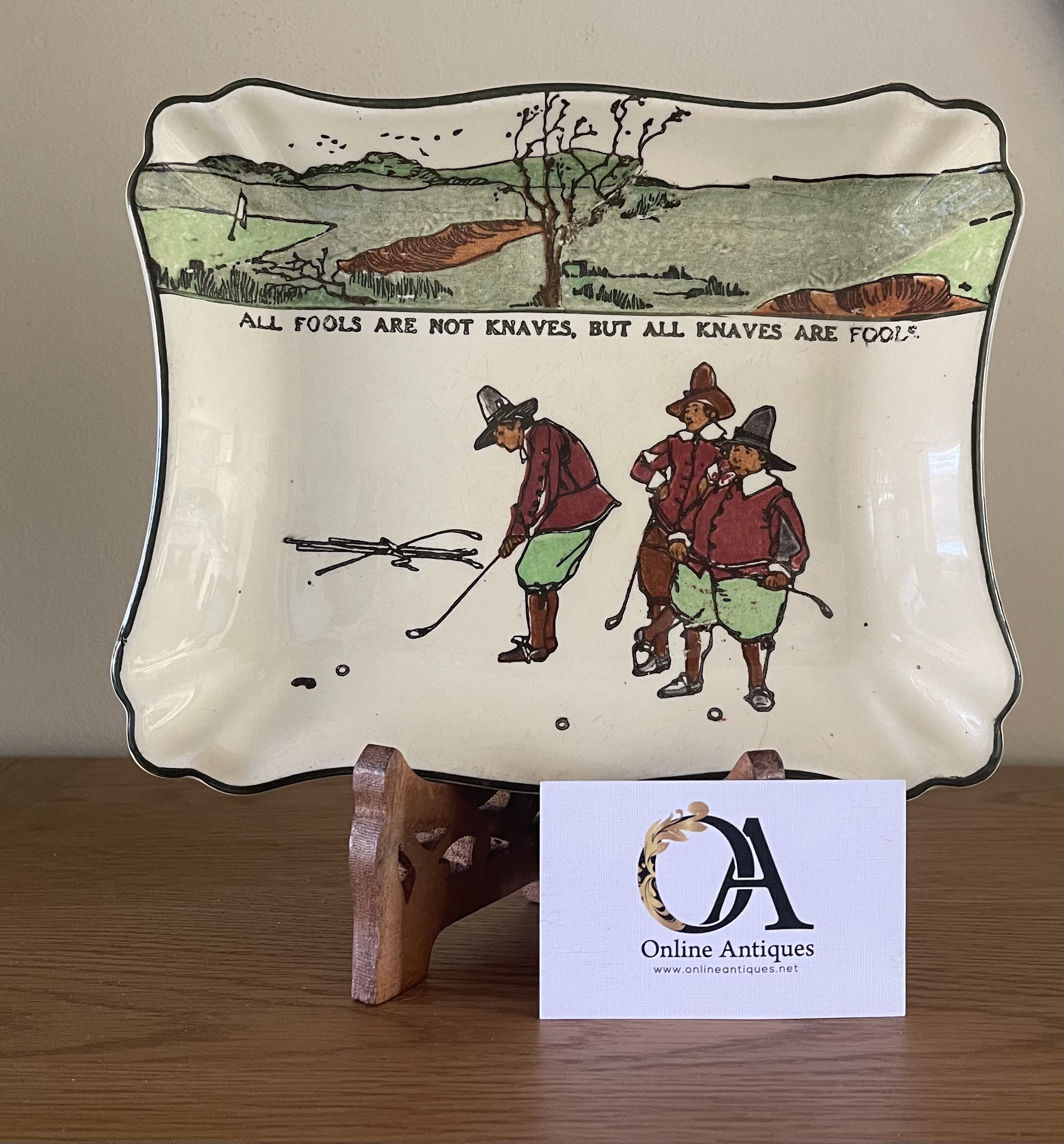 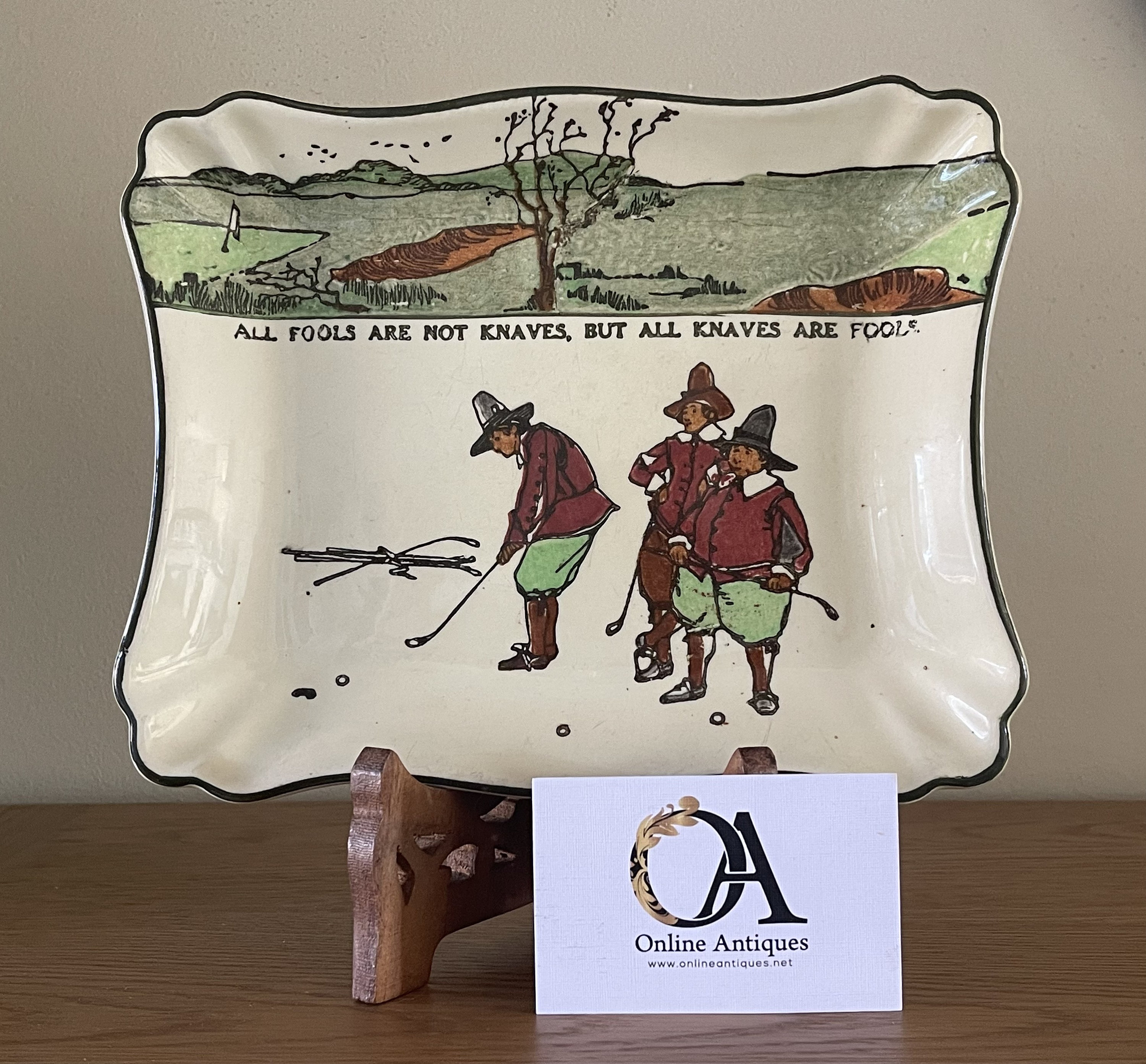 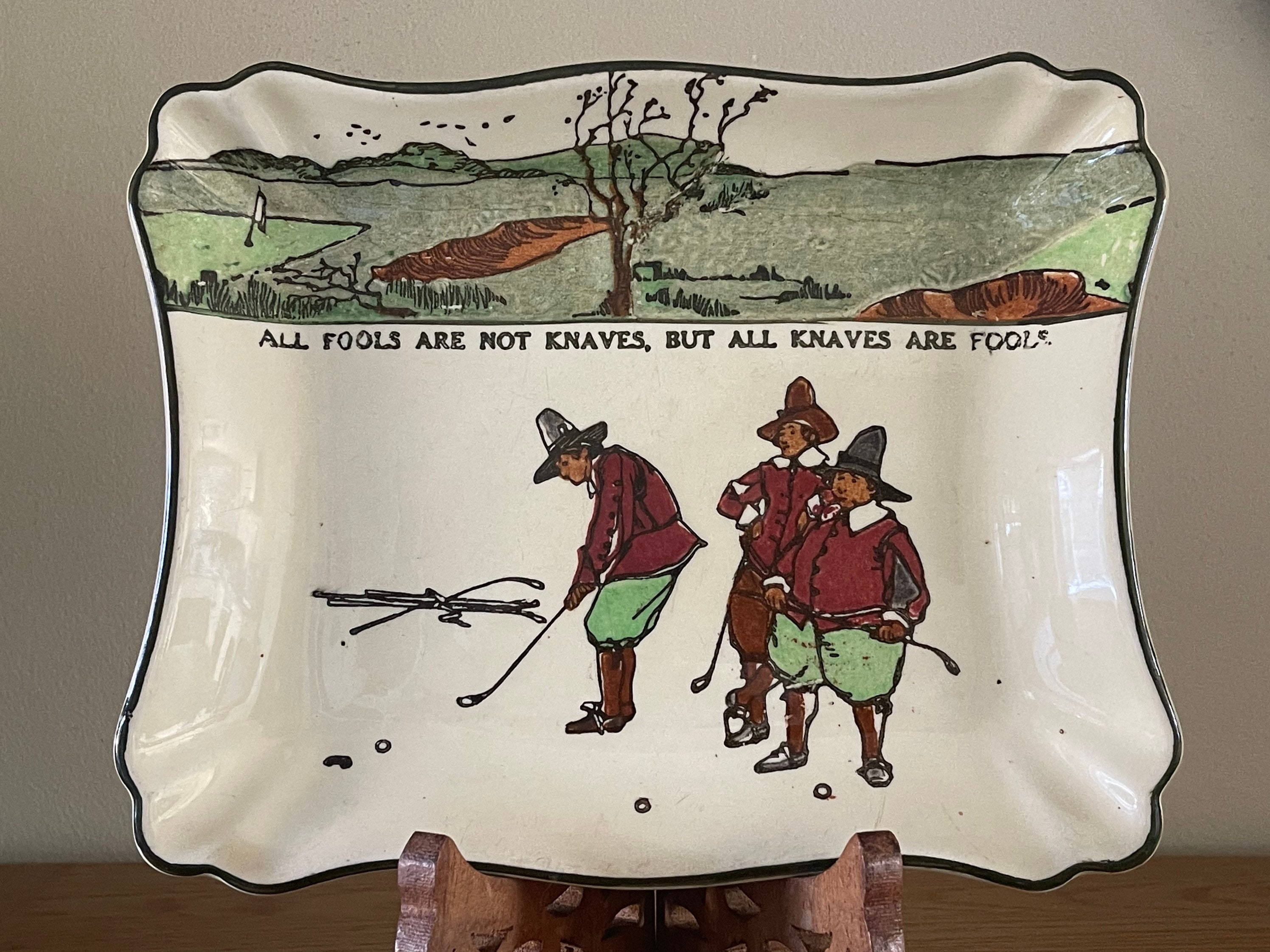 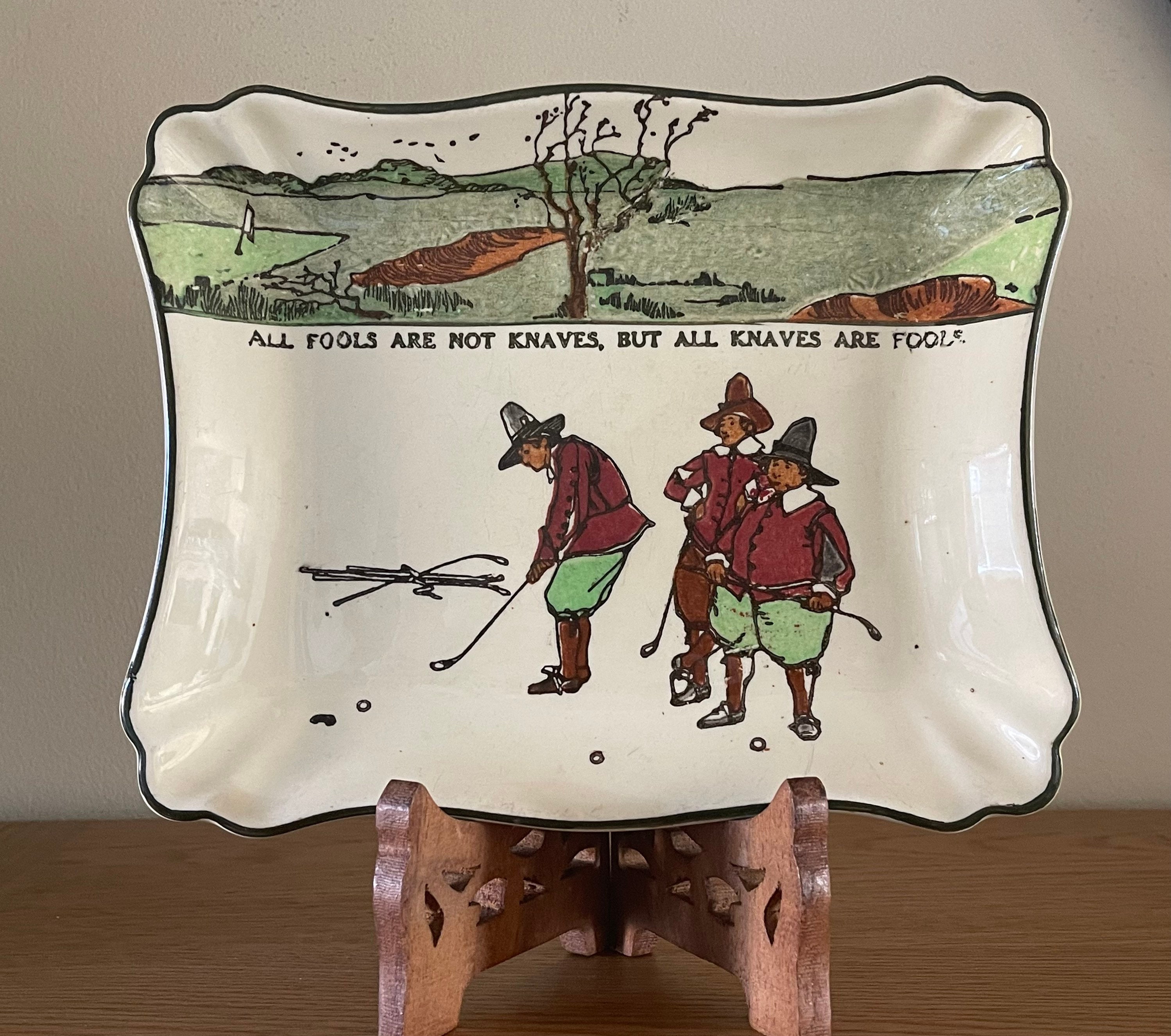 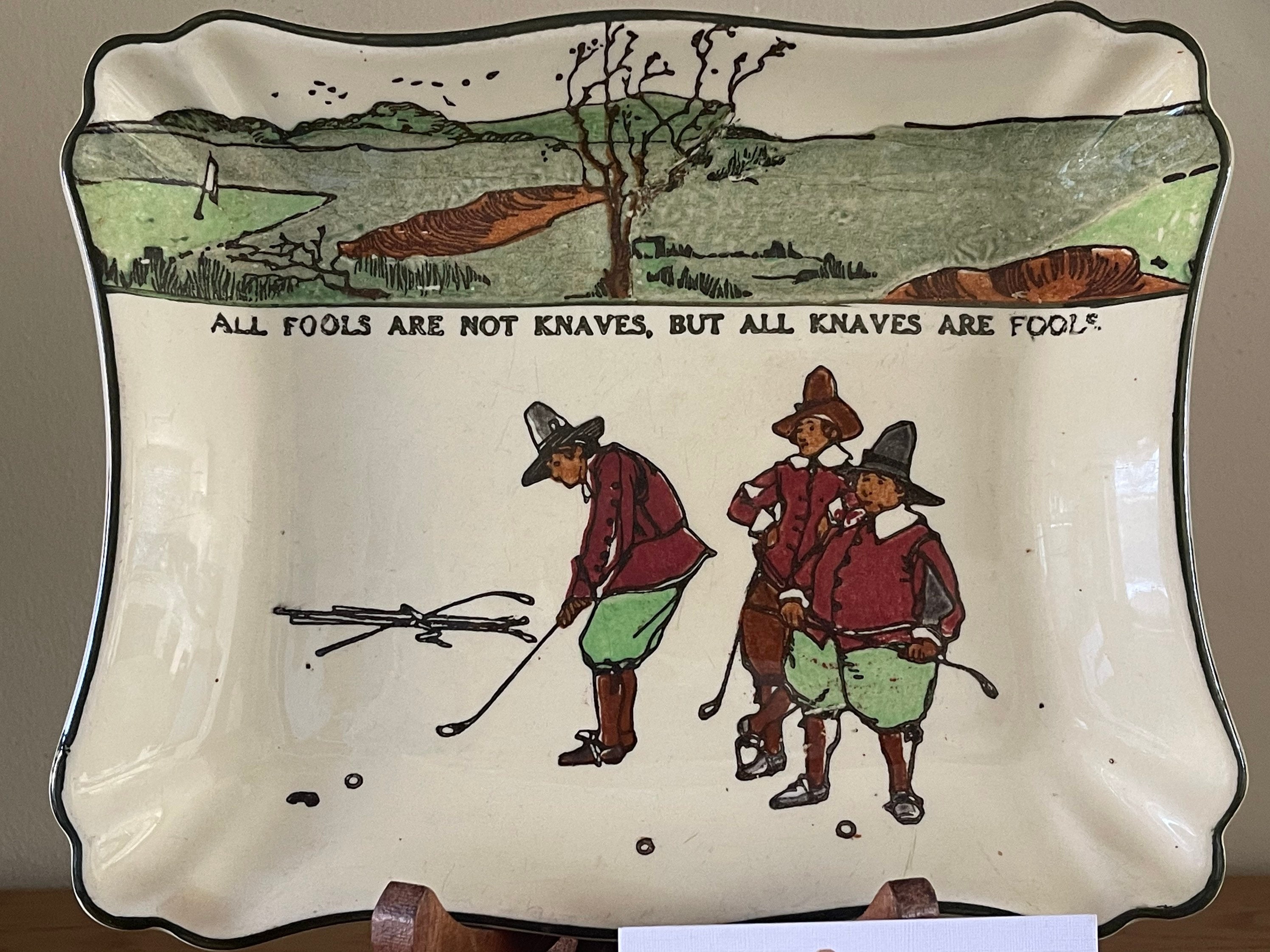 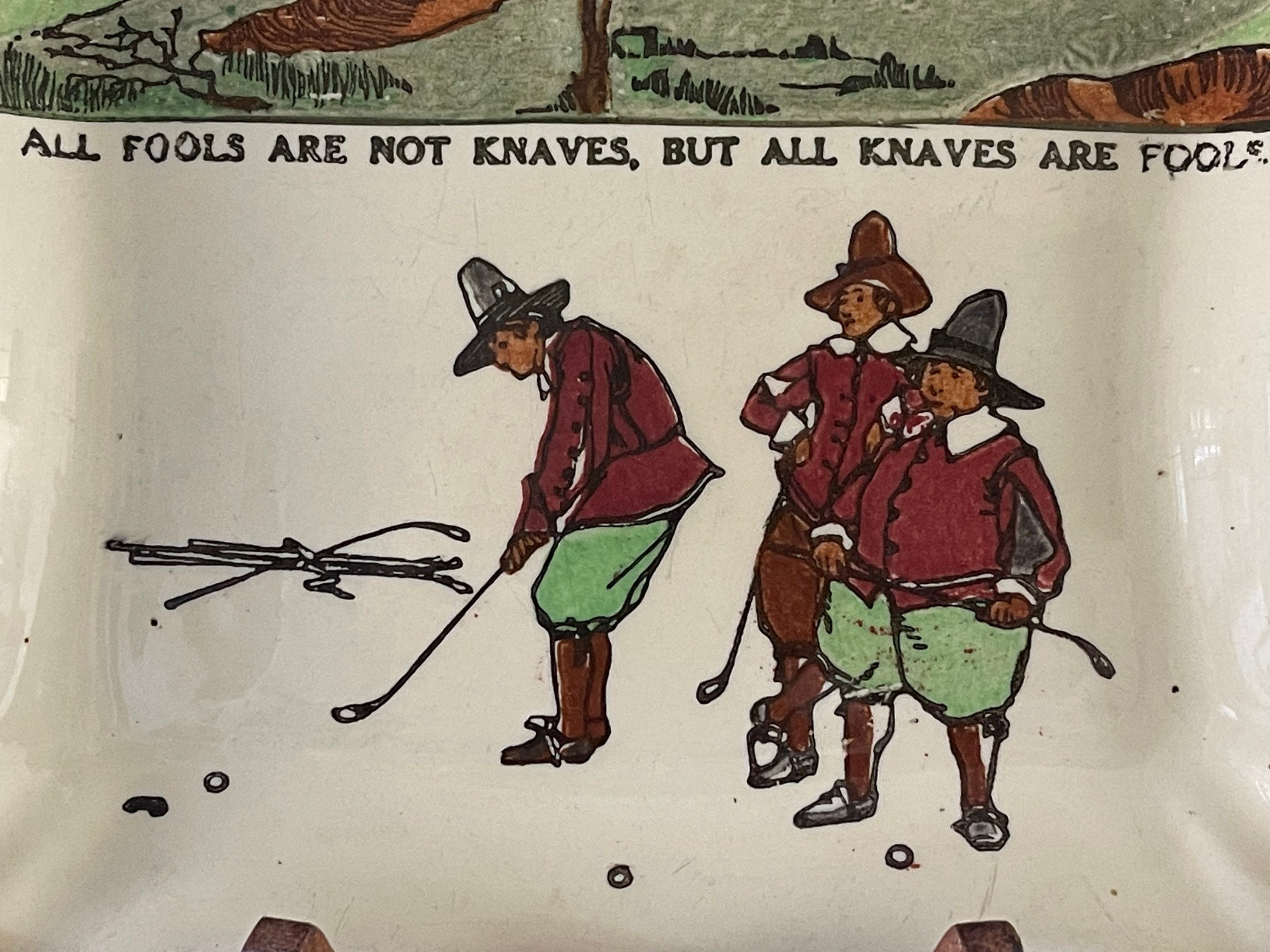 ‘All fools are not knaves, but all knaves are fools’ and depicts gentleman playing golf


In good condition for age

Charles Crombie compiled 24 humorous Rules of Golf cartoons published by Perrier in 1905, and his style was taken on by the Royal Doulton factory in Burslem, Staffordshire. Charles Noke was the Art Director of the factory who initiated the Doulton Series Ware, a popular style involving a variety of standard blank shapes that were decorated with different themes and suited for mass production. The designs were applied by transfer printing and then hand tinted, golf being just one of the numerous subjects. One of these was the Crombie Series Ware, or Golfers Series Ware, a motif made between 1911 and 1932 and which featured four pattern numbers D2296, D3394, D3395 and D5960. Crombie’s designs were incongruously reminiscent of figures from the English Civil War and were displayed in humorous and unlikely golfing poses. There were many varied shapes in this series and each shape had a variety of designs and proverbs.
The six sayings were:
i) ‘Give losers leave to speak and winners to laugh’ [Shakespeare];
ii) ‘He that complains is never pitied’ [Jane Austen];
iii) ‘All fools are not knaves, but all knaves are fools’ [Shakespeare];
iv) ‘He hath good judgement who relieth not wholly on his own’ [?];
v) ‘Every dog has his day and every man his hour’[Shakespeare];
vi) ‘Promise little and do much’ [Hebrew proverb].


Will be sent via Royal Mail First Class Signed for service