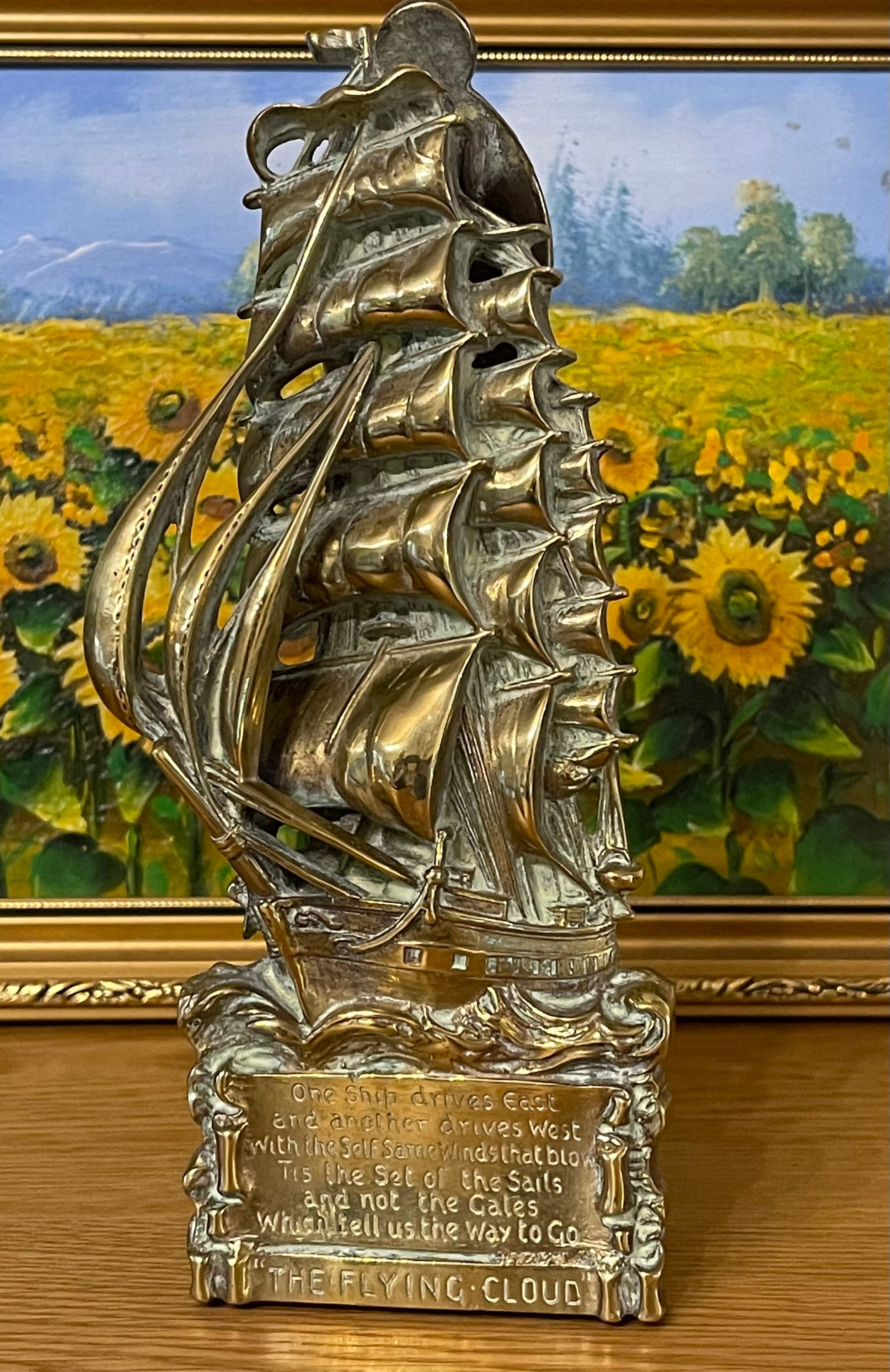 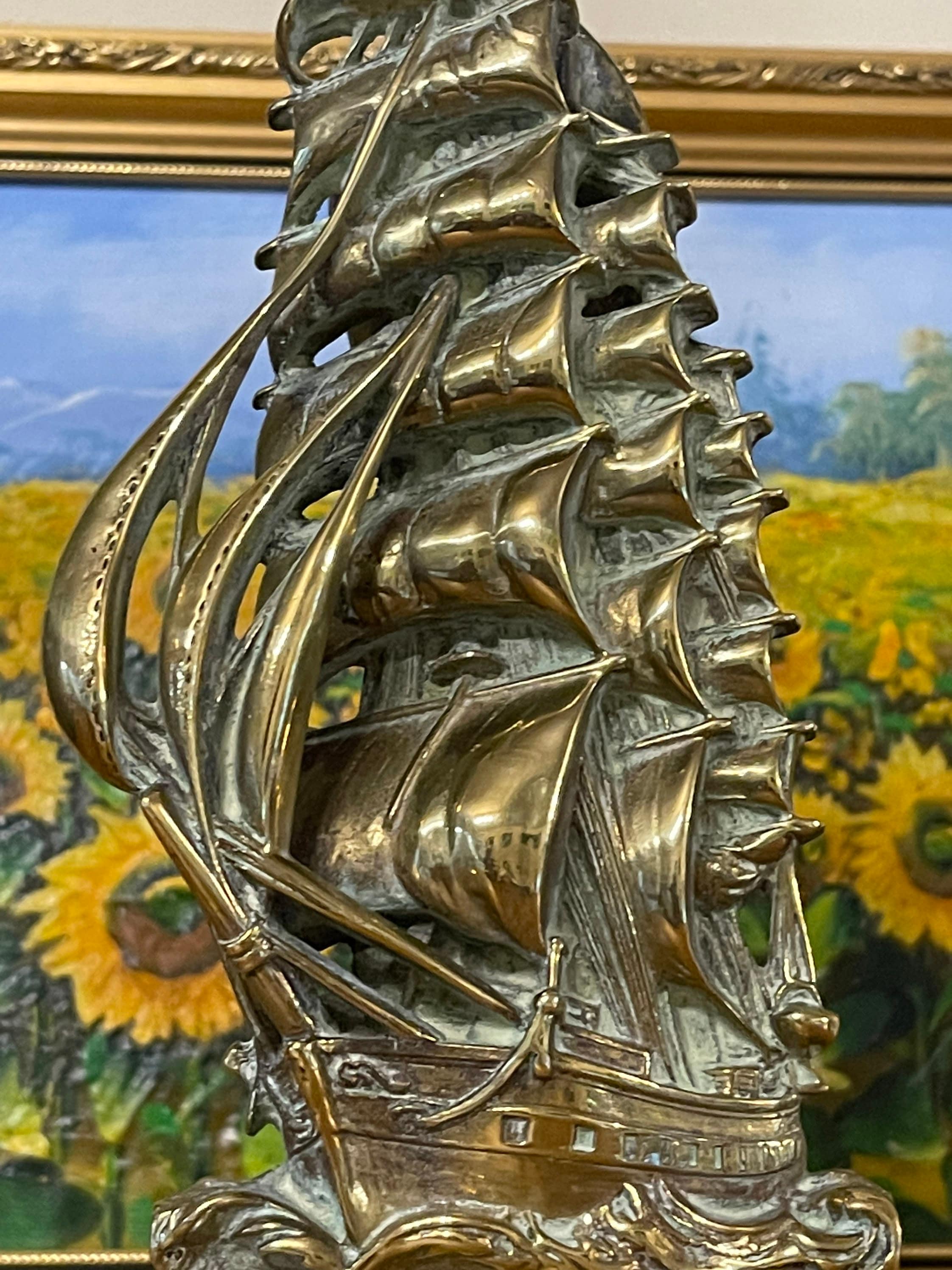 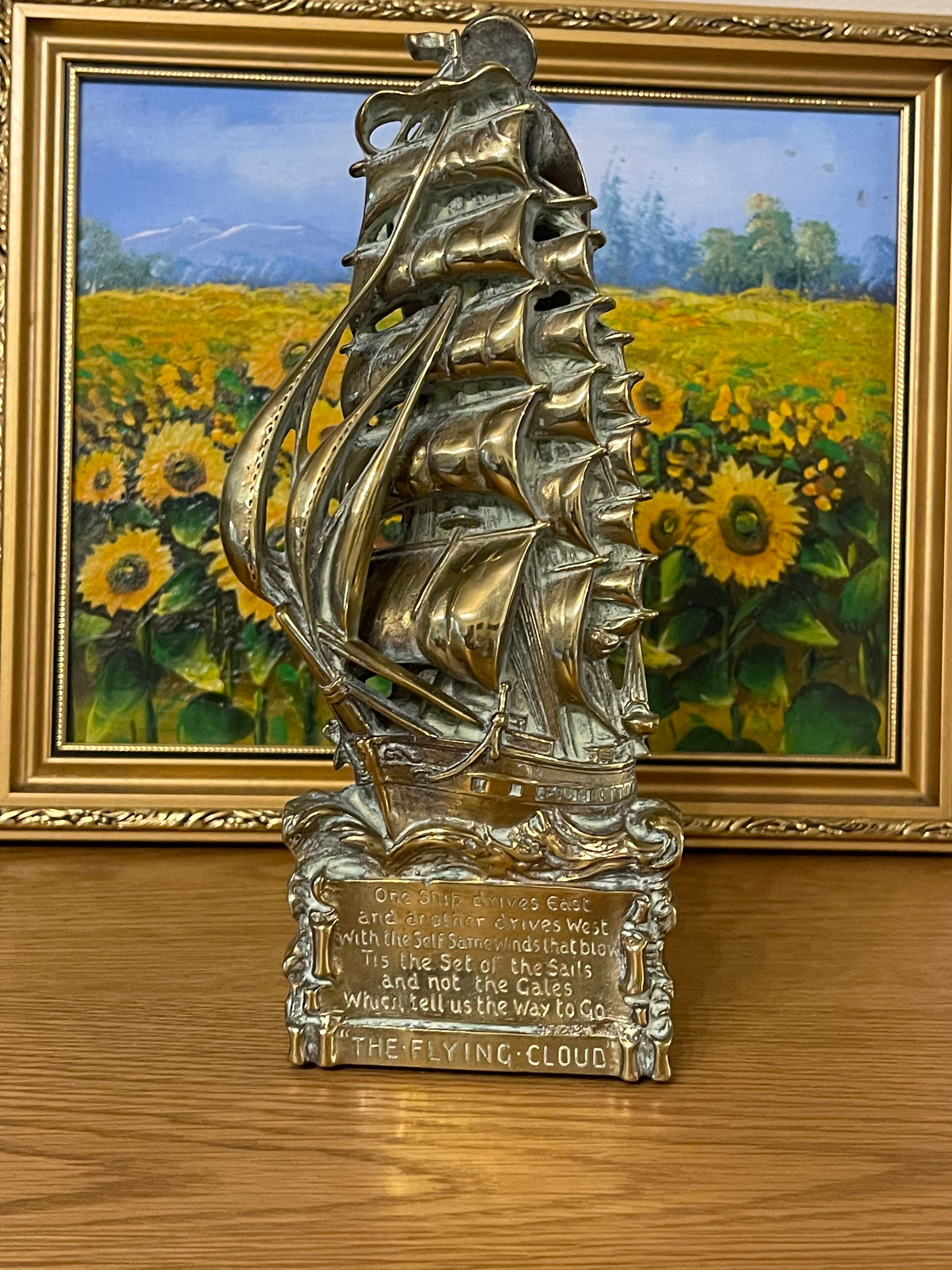 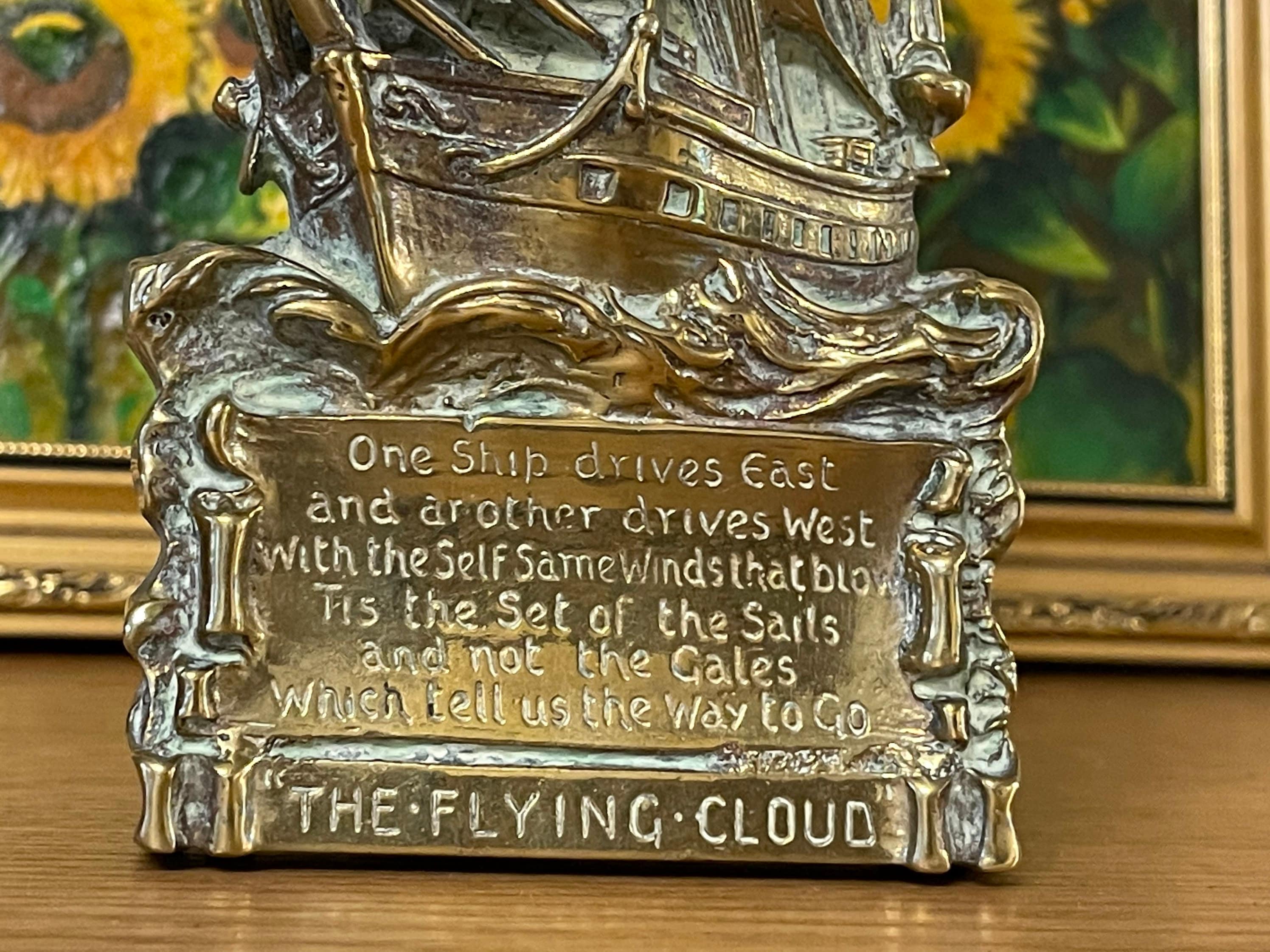 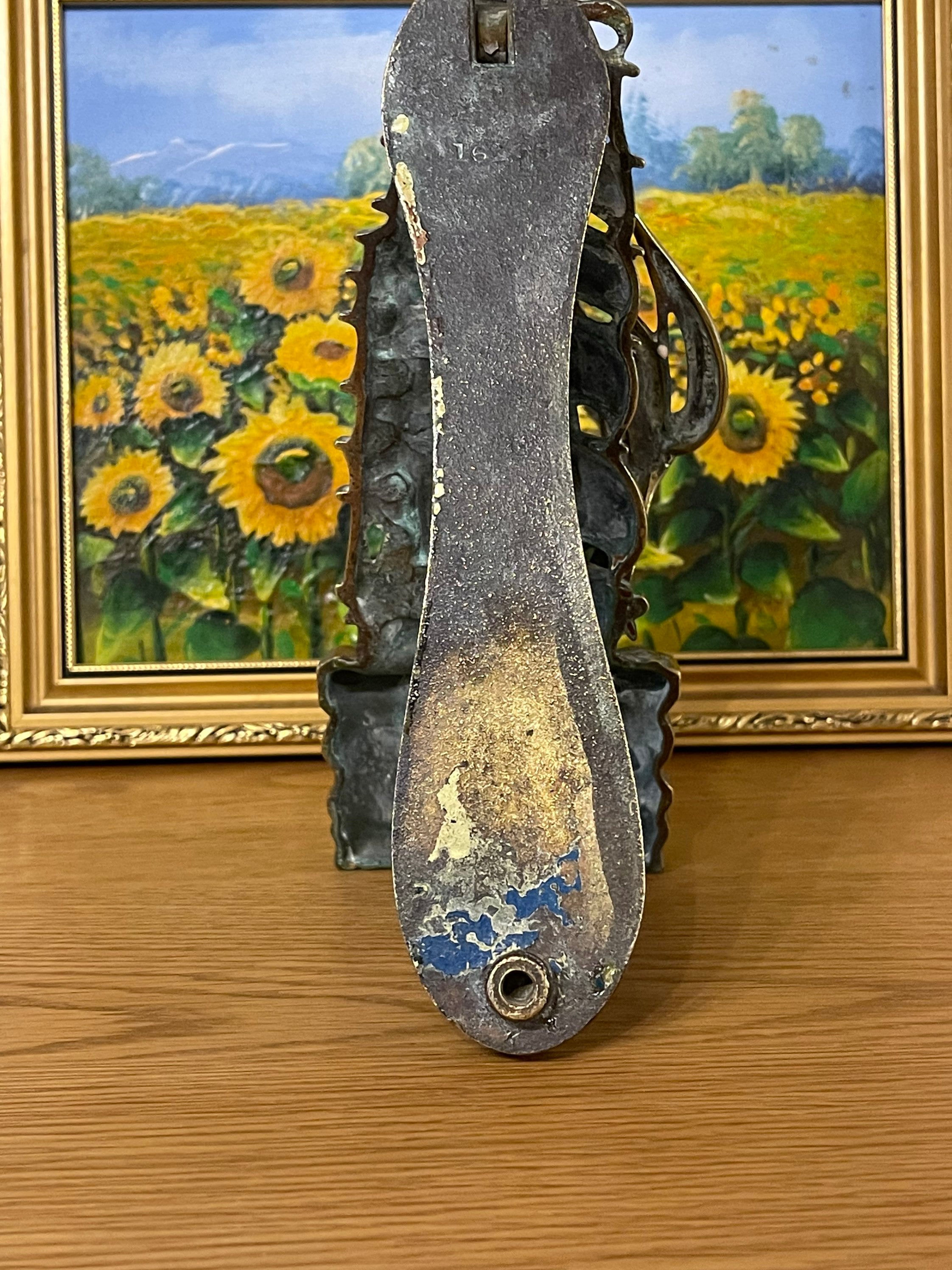 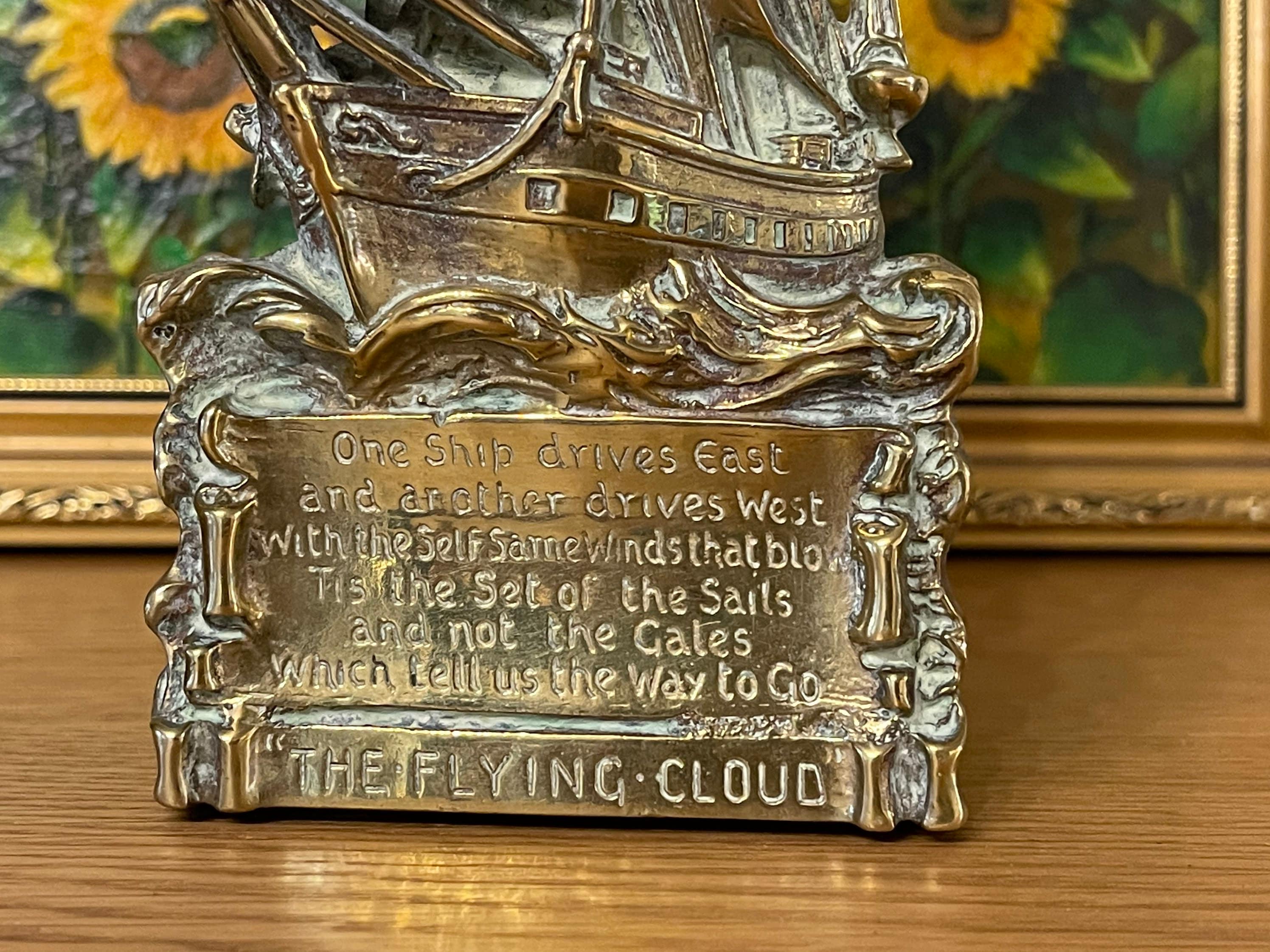 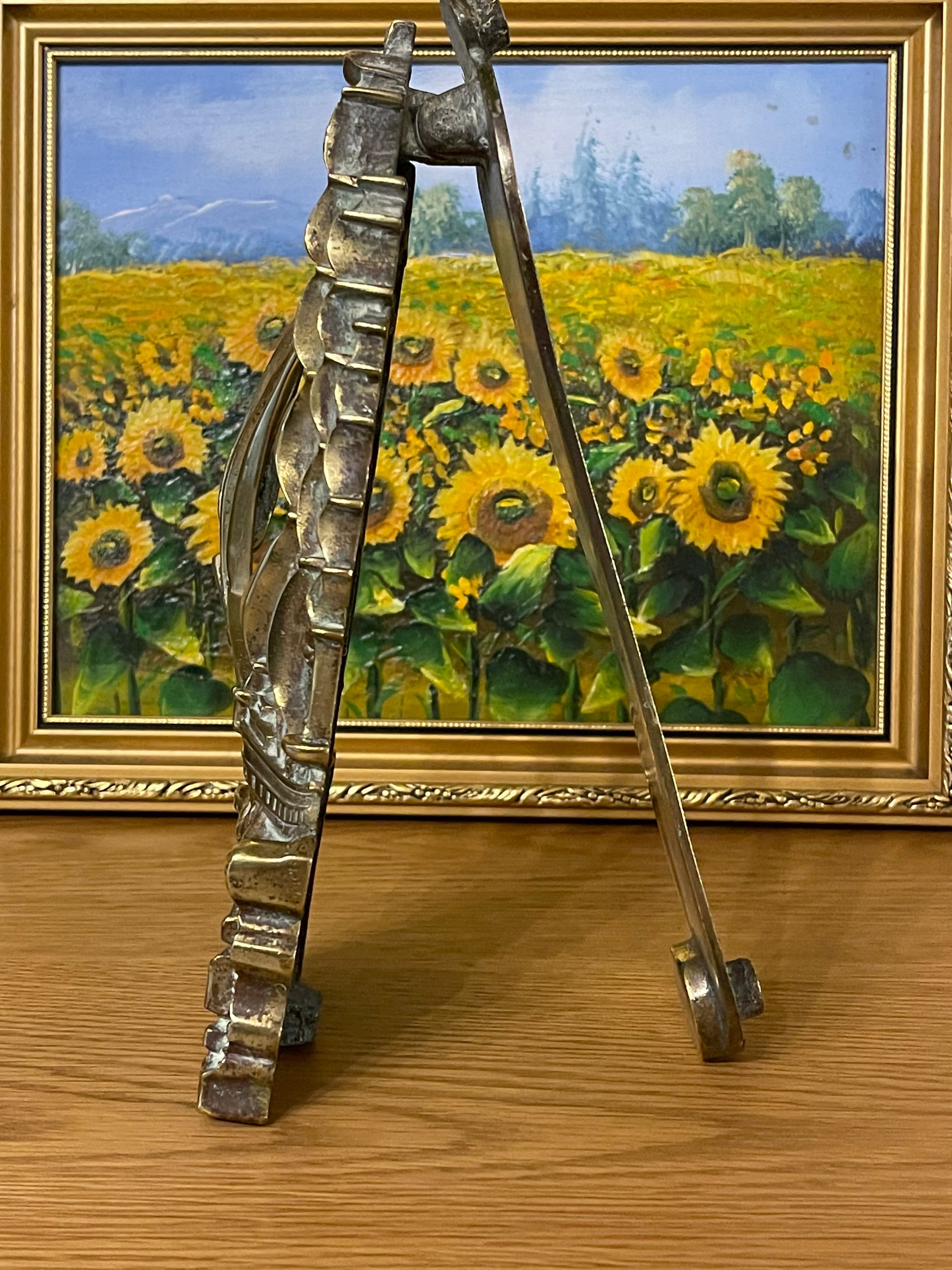 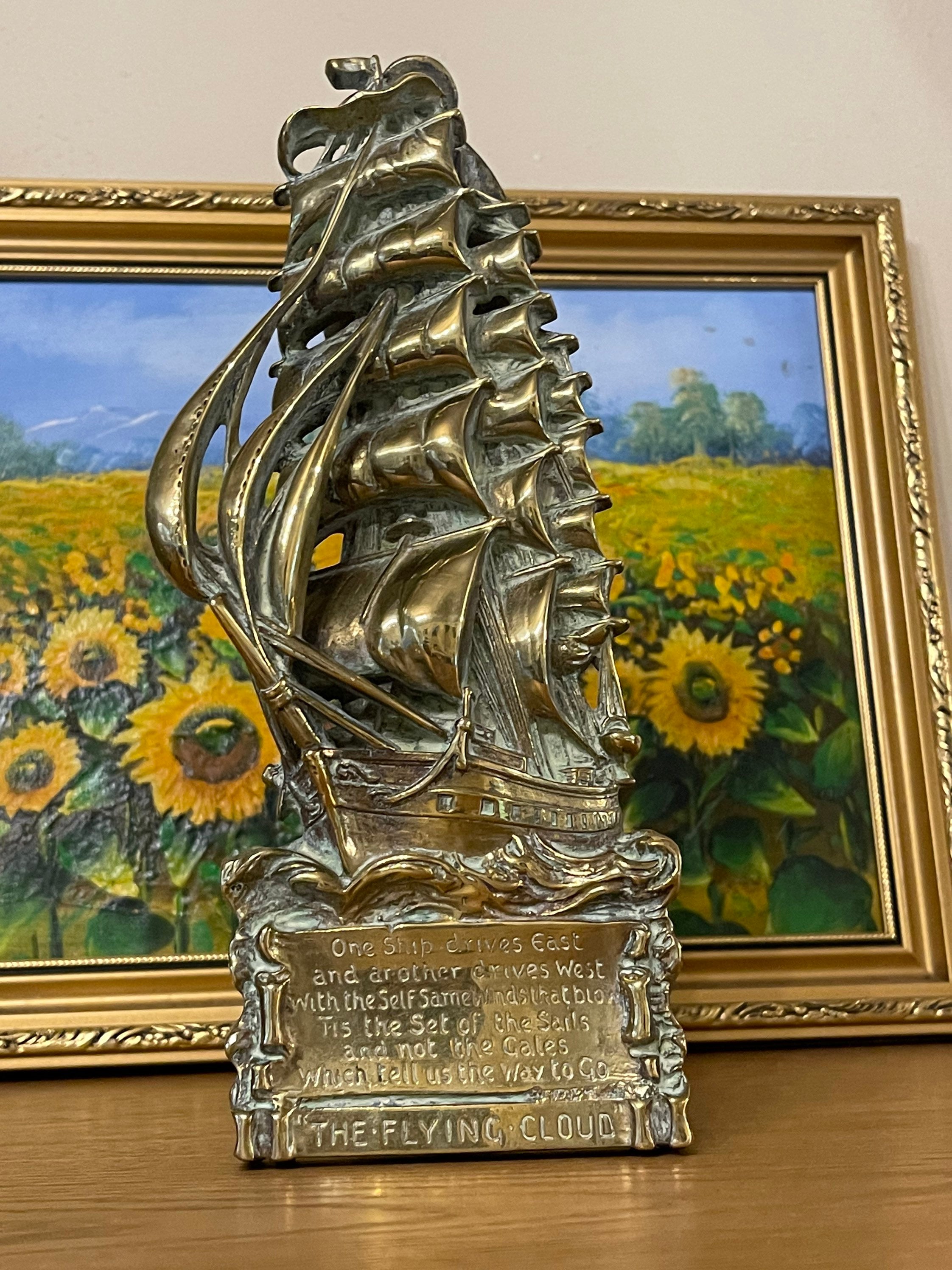 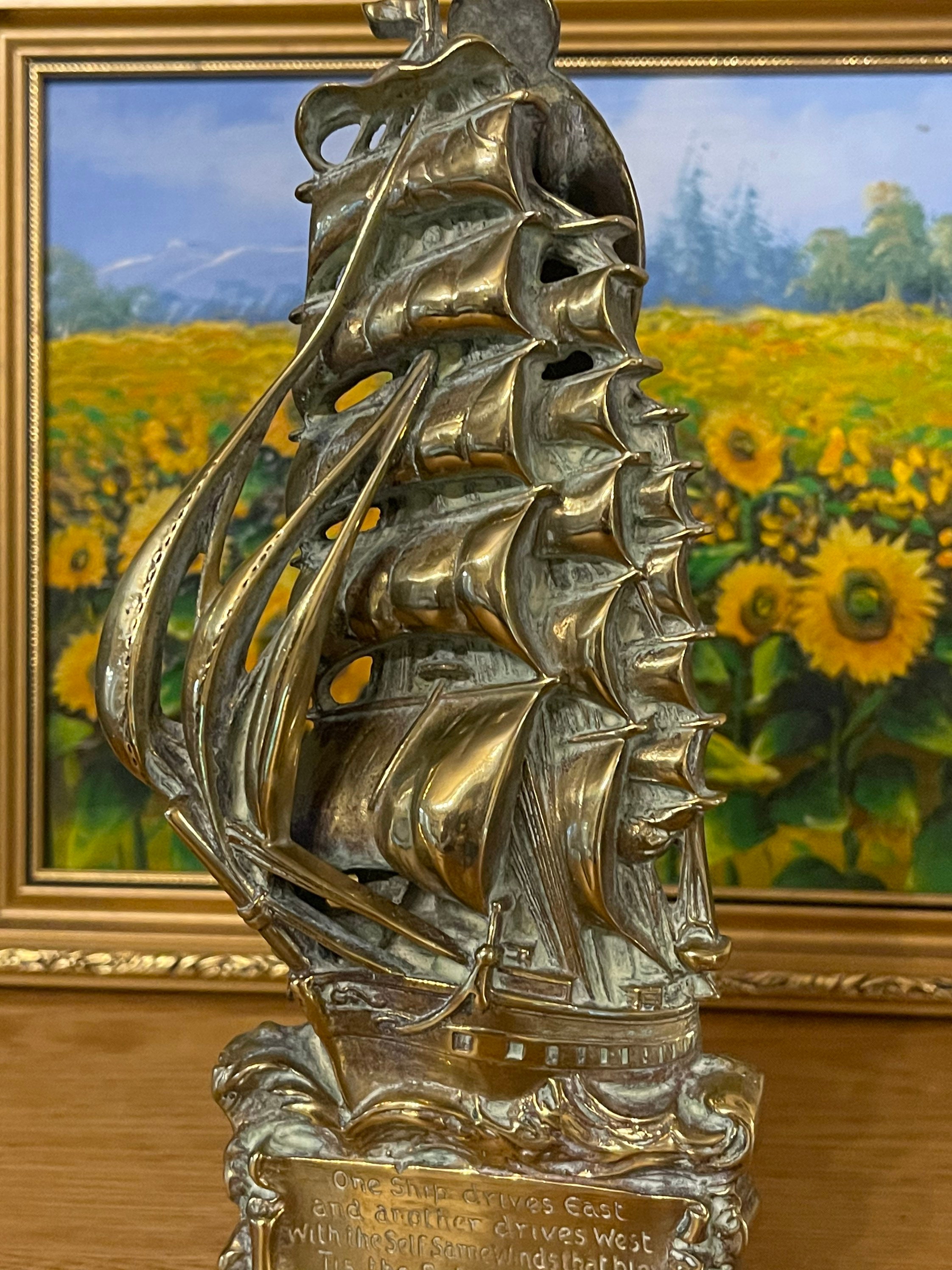 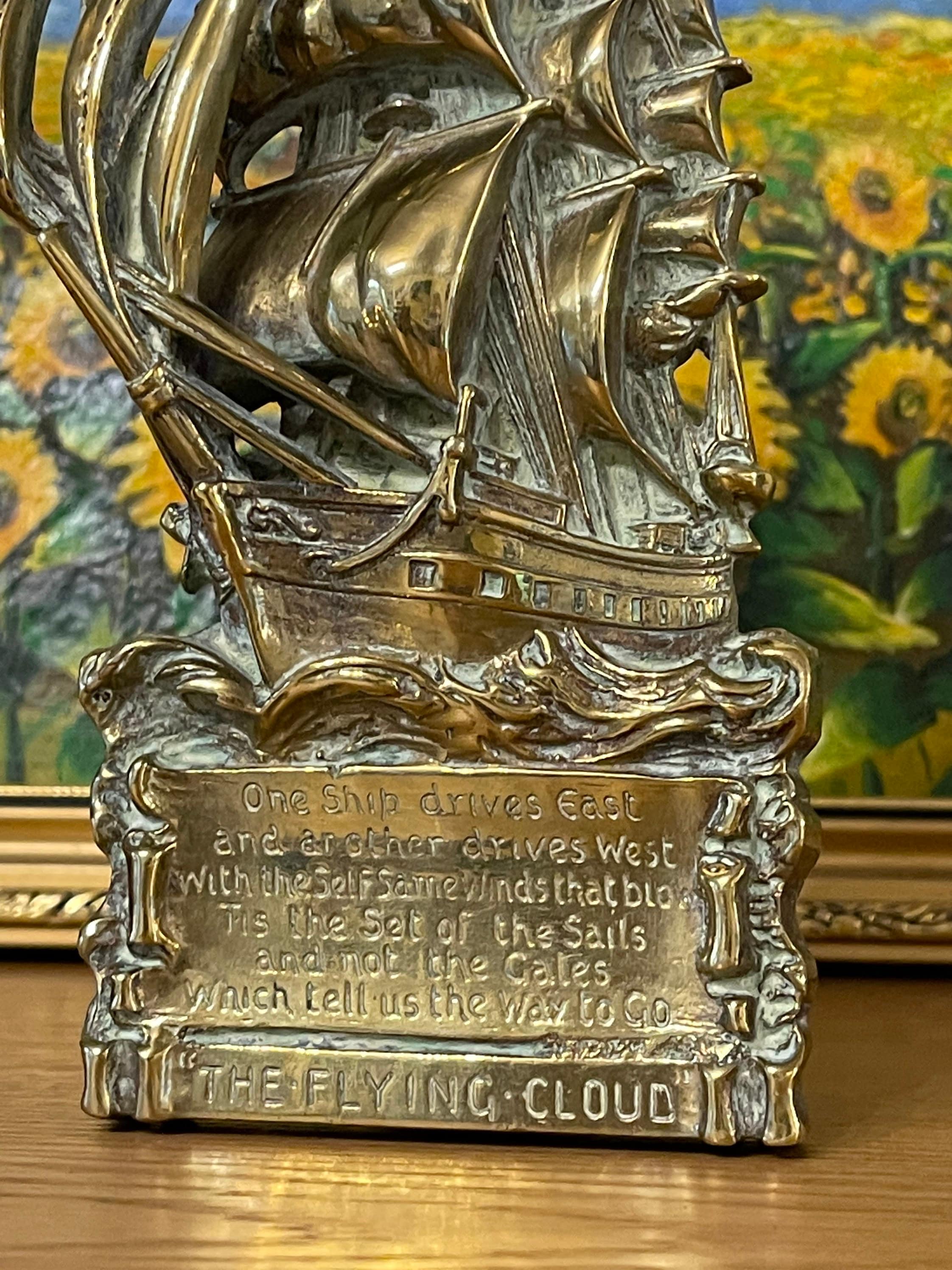 
The Flying Cloud was a clipper ship which was built in Boston, Massachusetts, that set the world’s sailing record for the fastest passage between New York and San Fransisco, 89 days, 8 hours


This rare knocker has the inscription

And The Other Drives West

With The Self Same Winds That Blow

Tis The Set of the Sails

And Not The Gales

Which Tell Us The Way To Go


Will be sent via Royal Mail First Class Signed For service