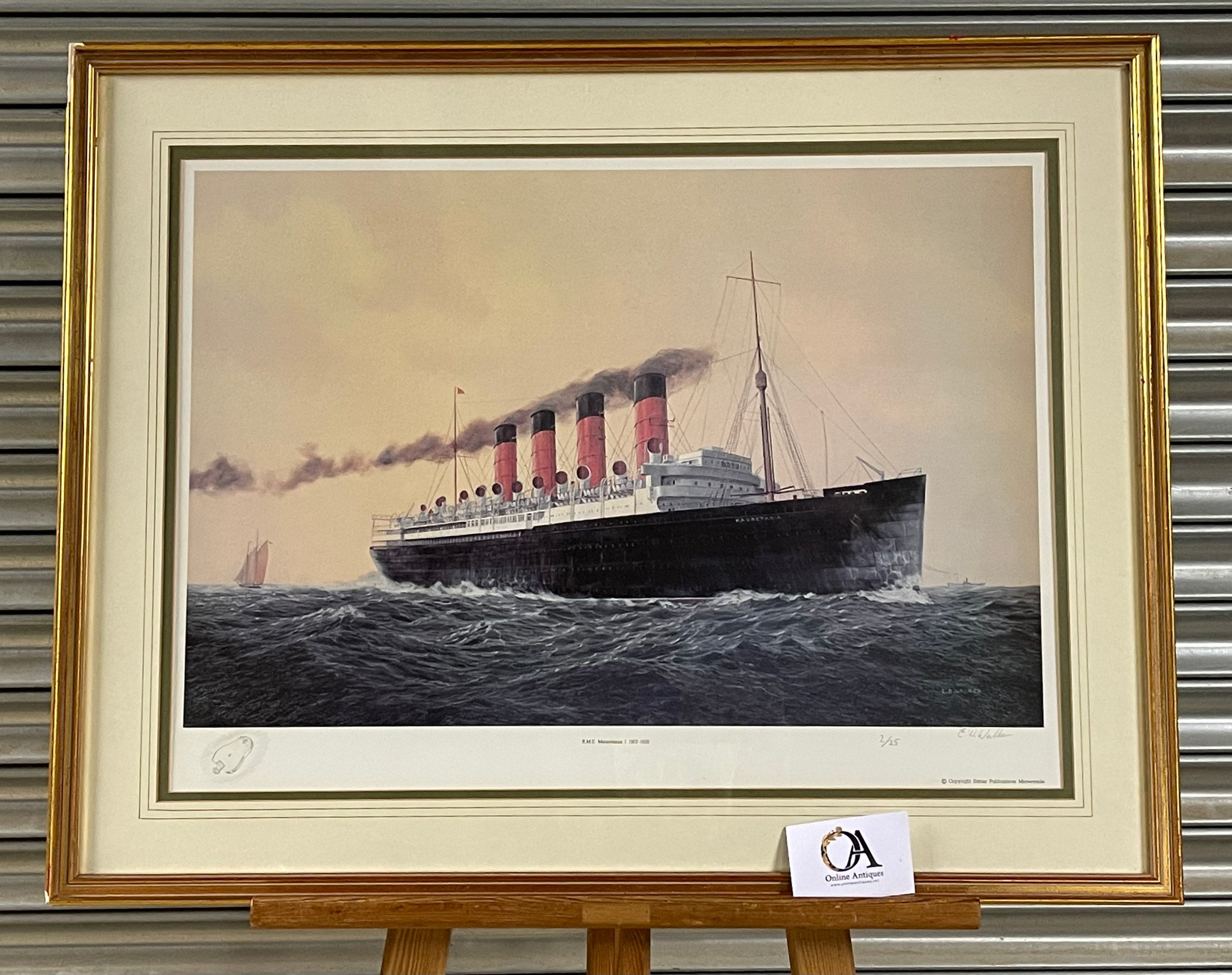 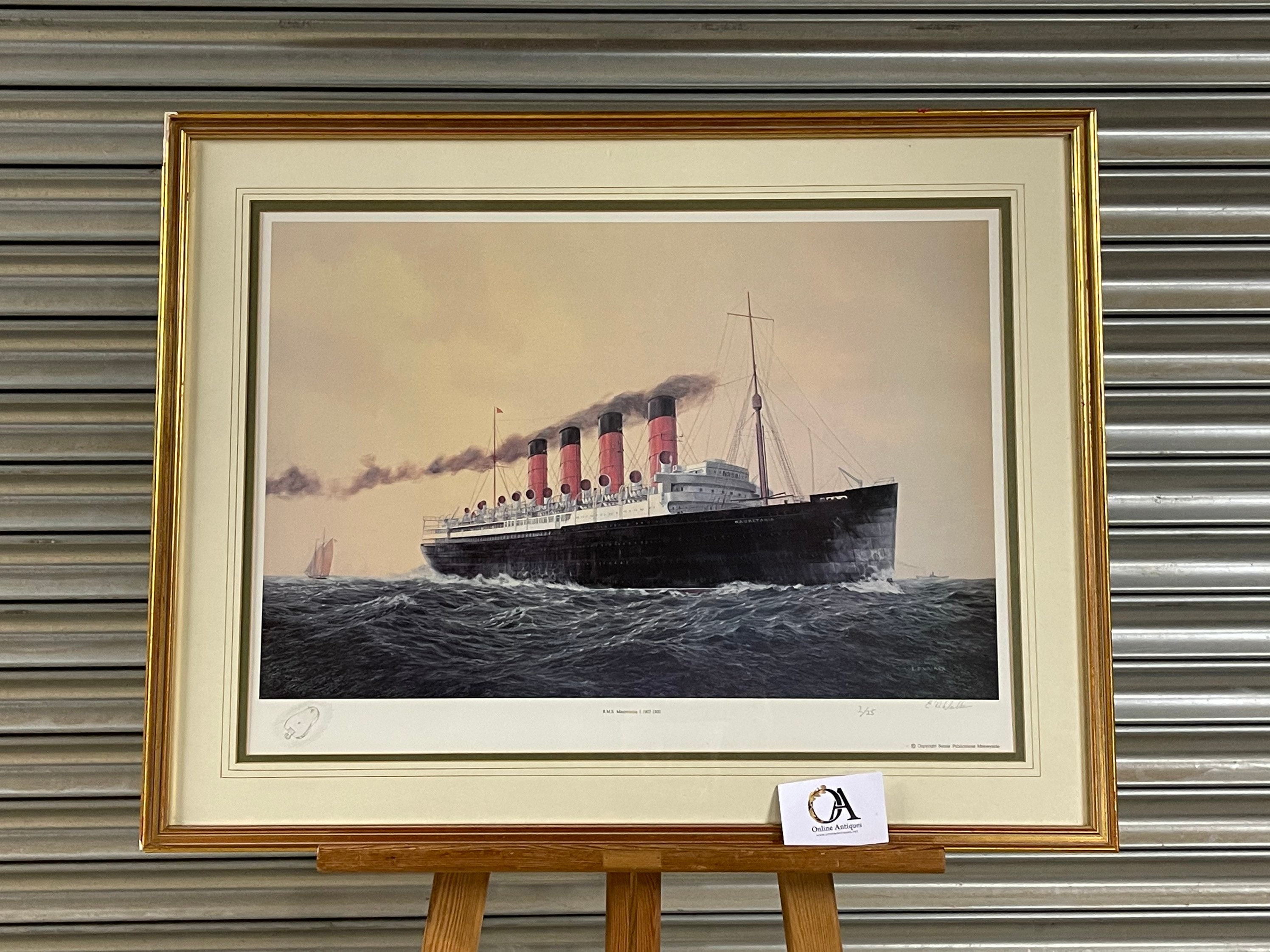 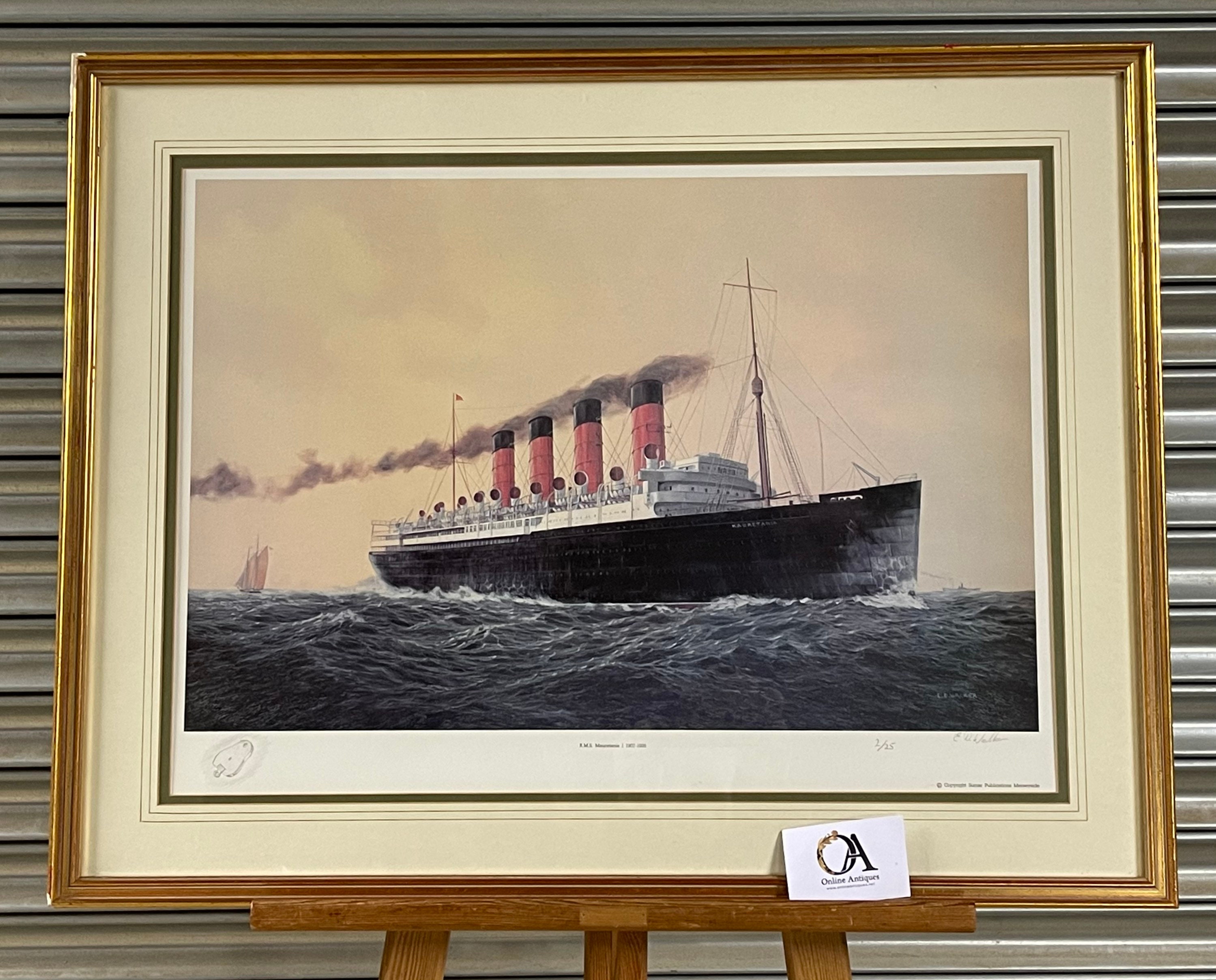 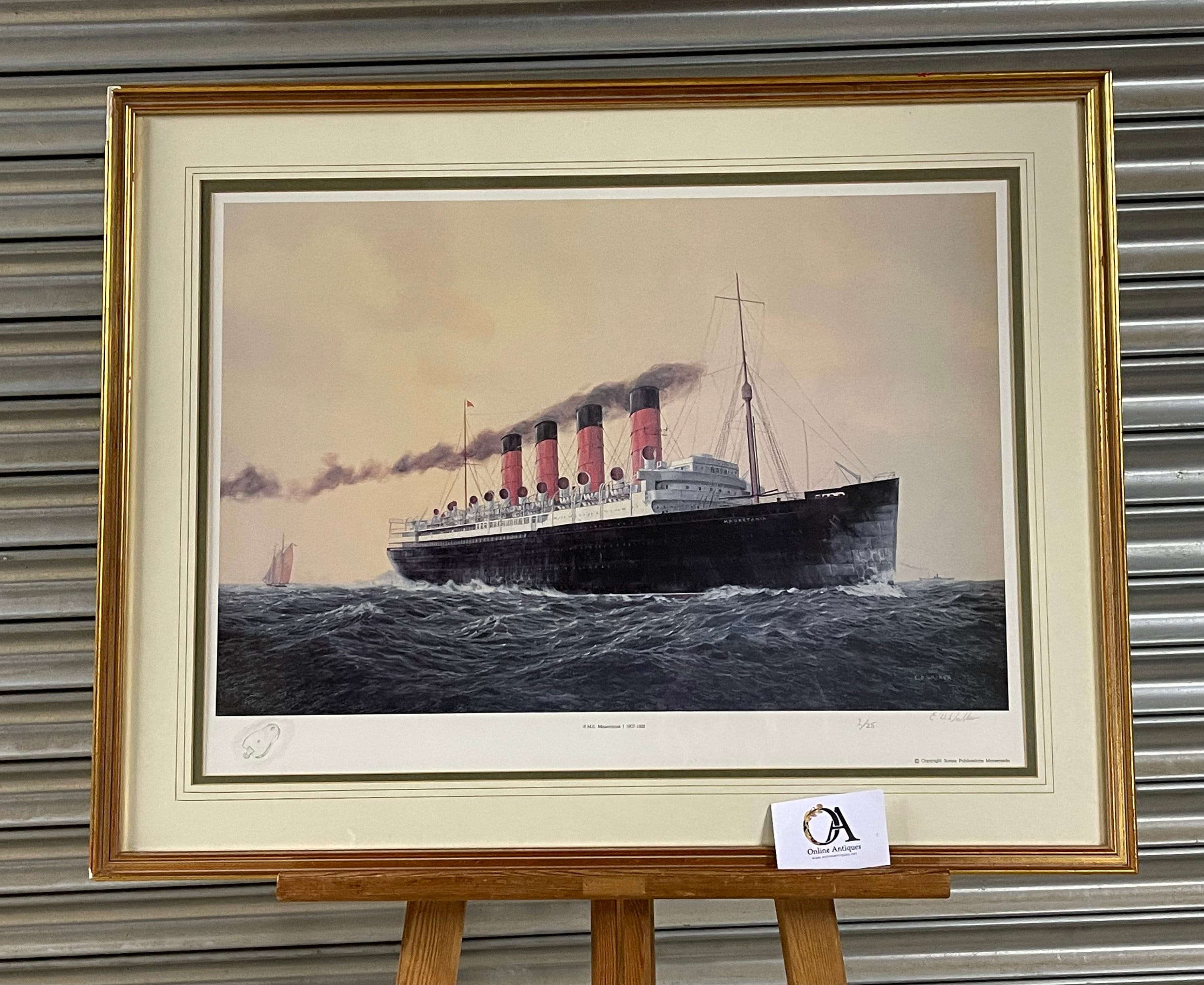 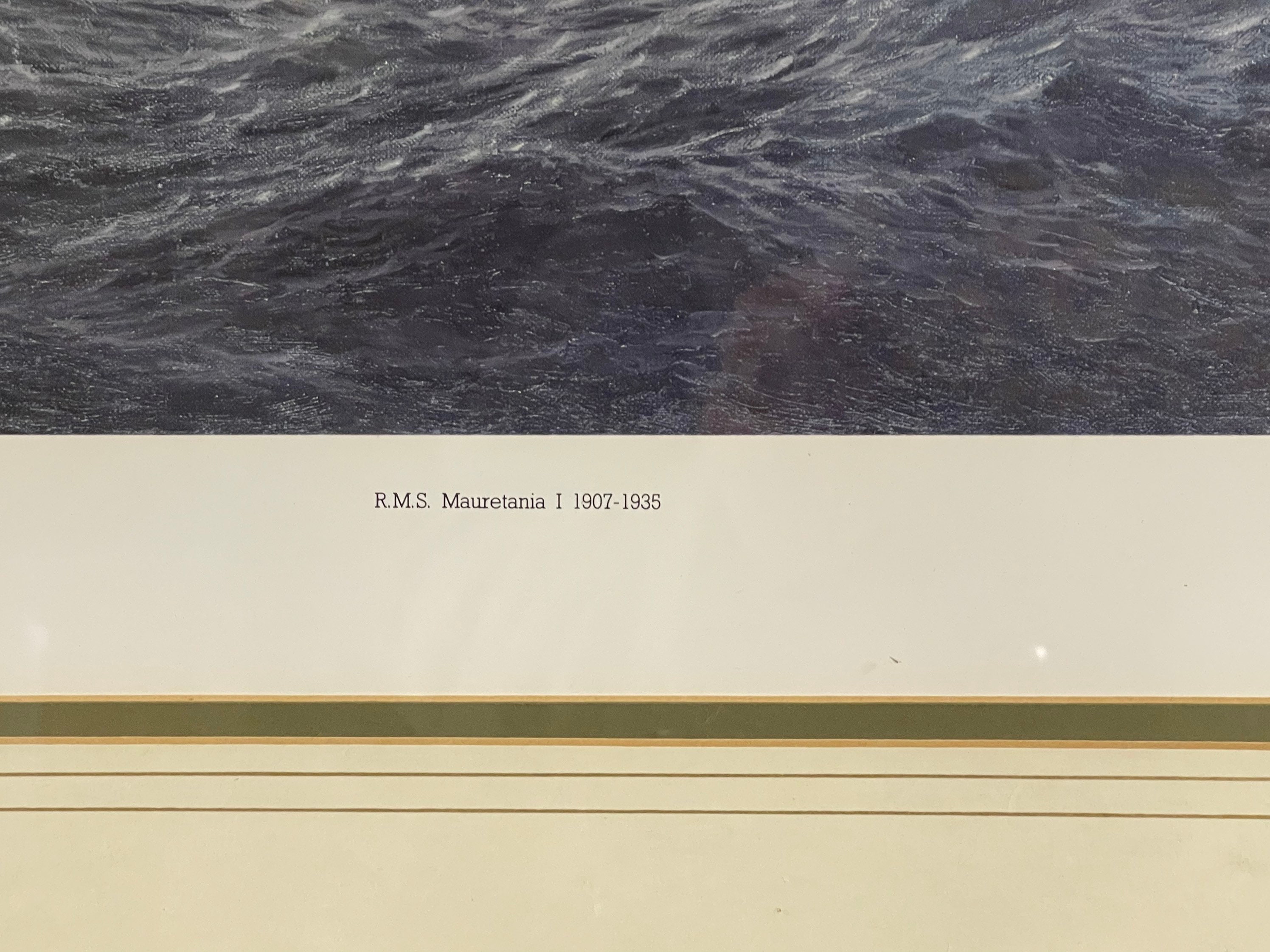 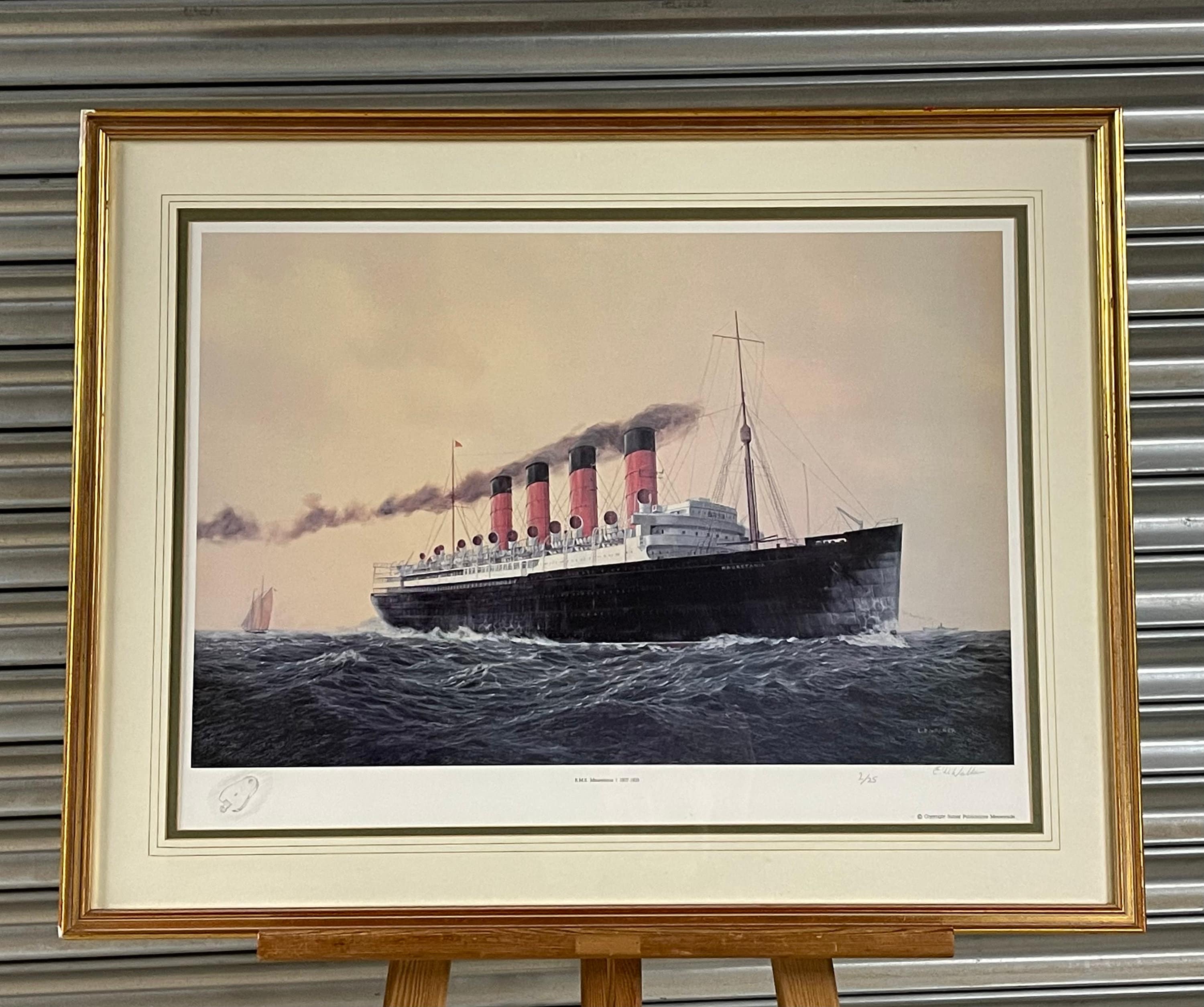 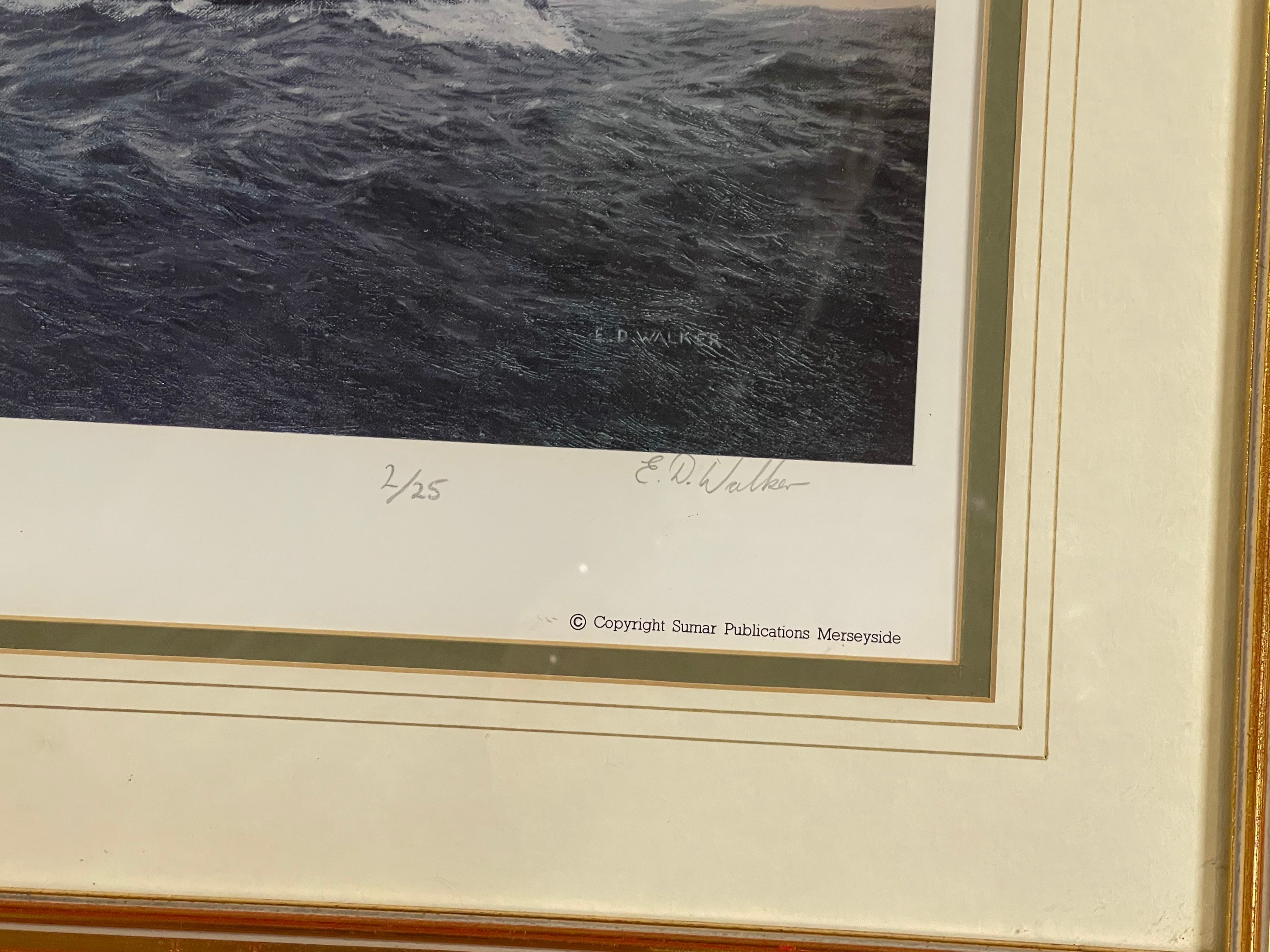 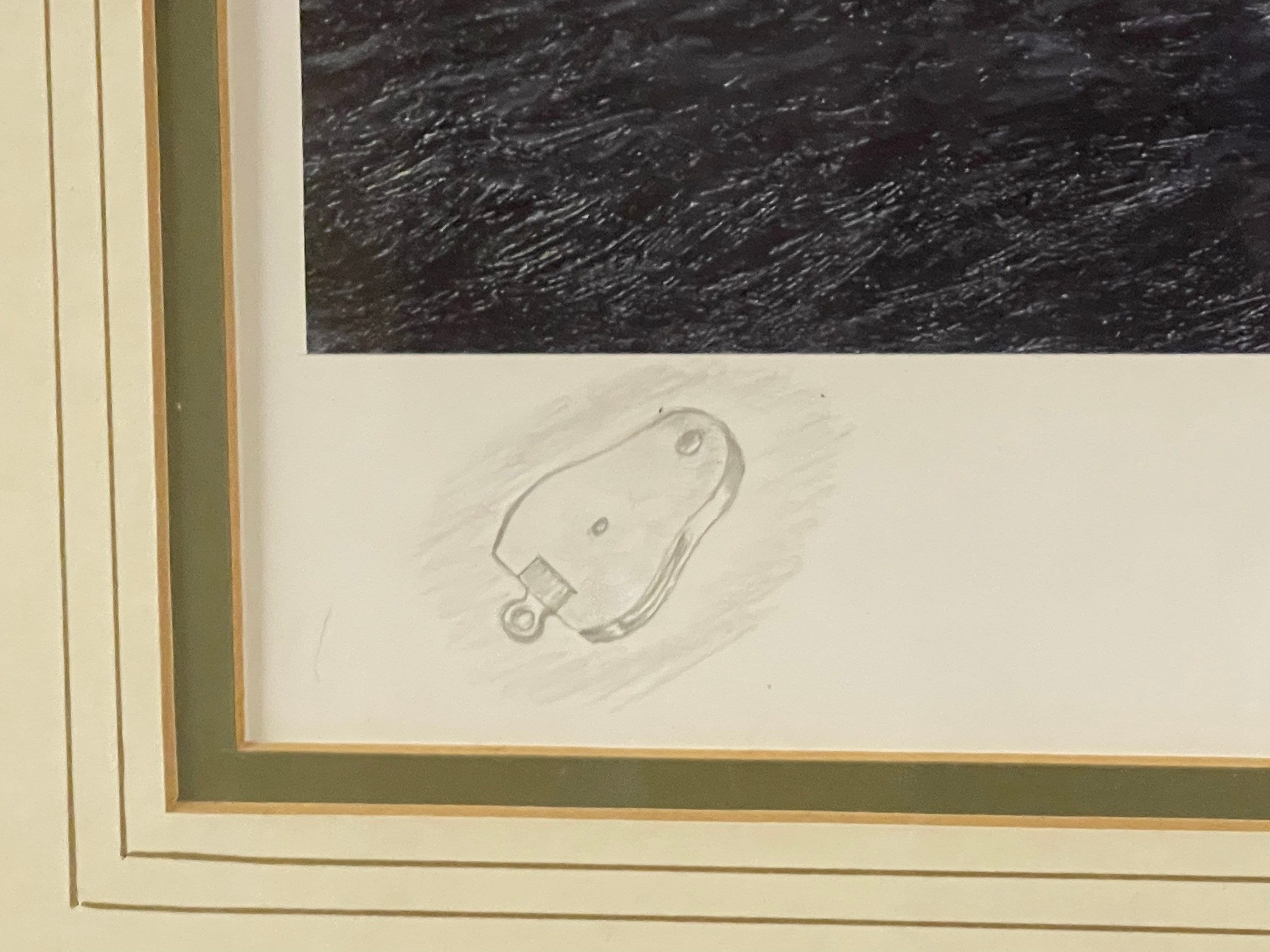 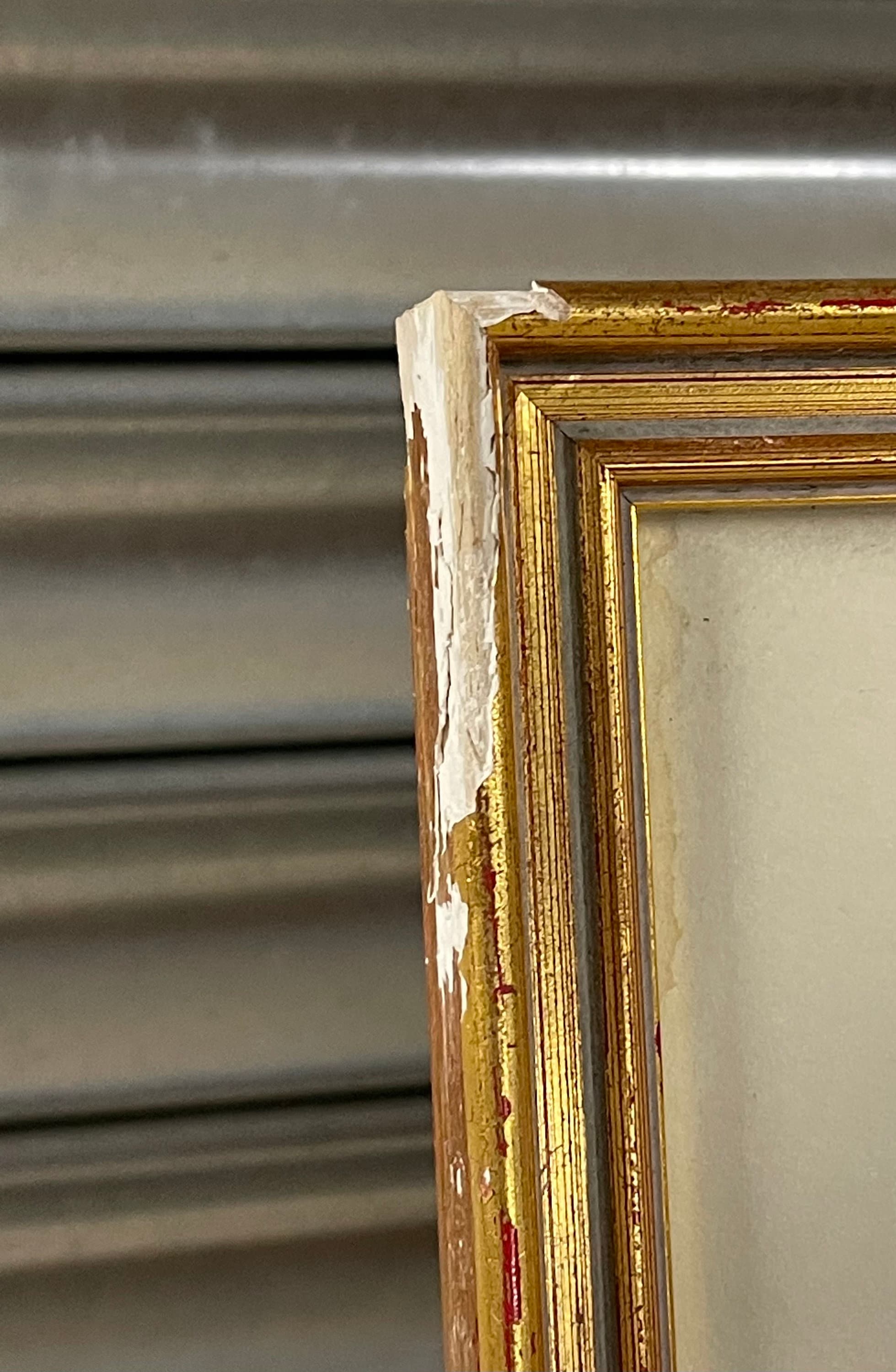 
Signed by the artist lower right


Mauretania, transatlantic passenger liner of the Cunard Line, called the “Grand Old Lady of the Atlantic.” It was launched in 1906 and made its maiden voyage in 1907; thereafter, it held the Atlantic Blue Riband for speed until 1929, challenged only by its sister ship, the Lusitania (sunk by a German submarine on May 7, 1915). During World War I the Mauretania worked as a transport and hospital ship. During its long career the ship made 269 double crossings of the Atlantic, exclusive of war work. Its last crossing was made in 1934, and it was broken up in 1935.


Edward D. (Ted) Walker is a world-renowned, professional marine artist who is equally at home painting deep-sea sailing vessels, the majestic Cunard’s, RMS Titanic, and countless other ships of all types and eras.


His distinguished career spans more than fifty years and includes famous UK and US historic ships of the civil war era, Irish famine relief, plus, fishing and whaling ships.


Ted Walker’s commissions can be found in public, private and royal collections. He is the official artist for the RMS Titanic Artefacts Exhibitions, currently touring Europe and North America, who utilise Ted’s Titanic Maiden Voyage painting as their iconic image. The Cunard fleet of luxury liners including Queen Victoria, Queen Mary 2 and Queen Elizabeth, all prominently display Ted’s paintings. The UK Royal Mail is yet another of Ted’s prestigious clients.