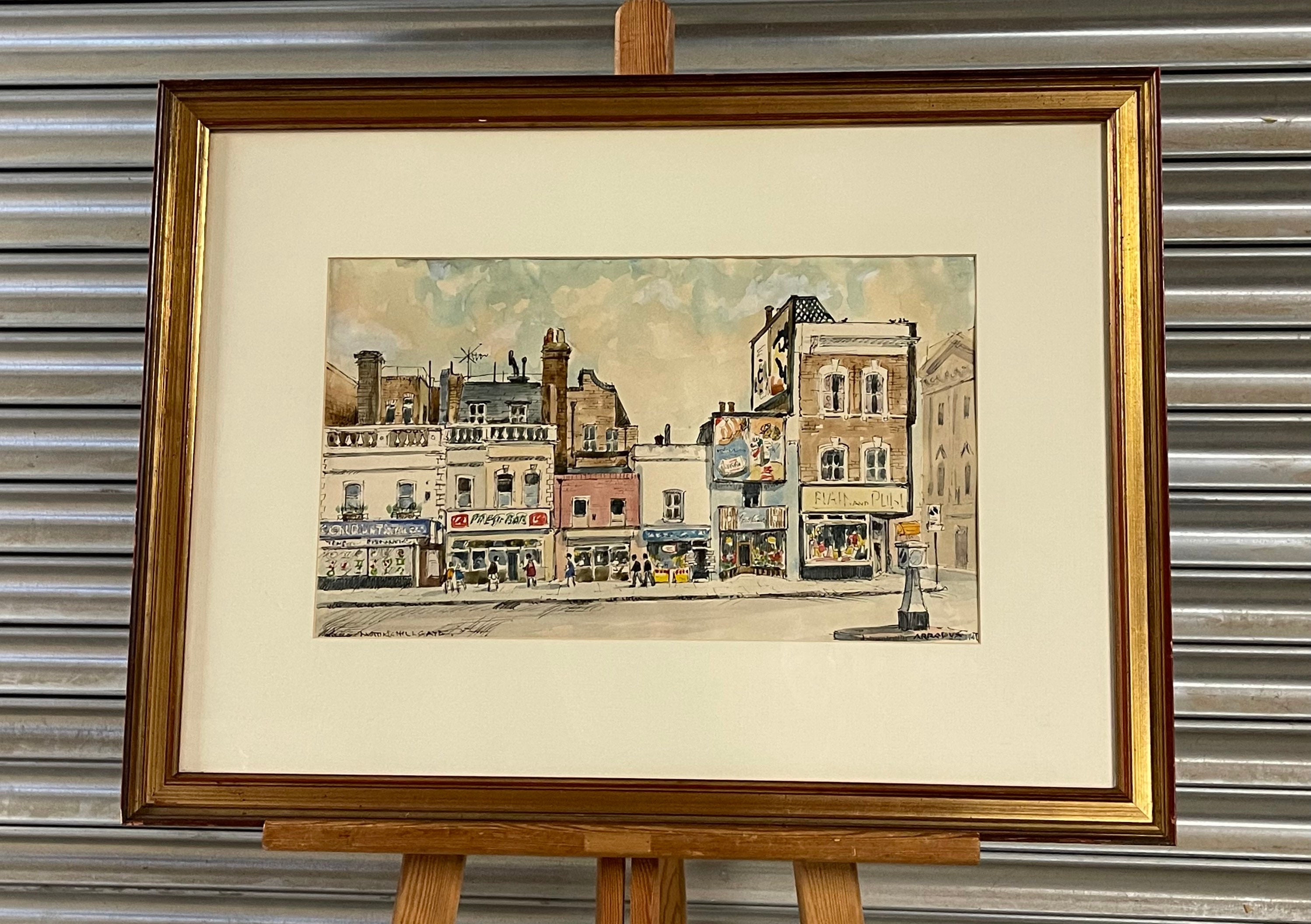 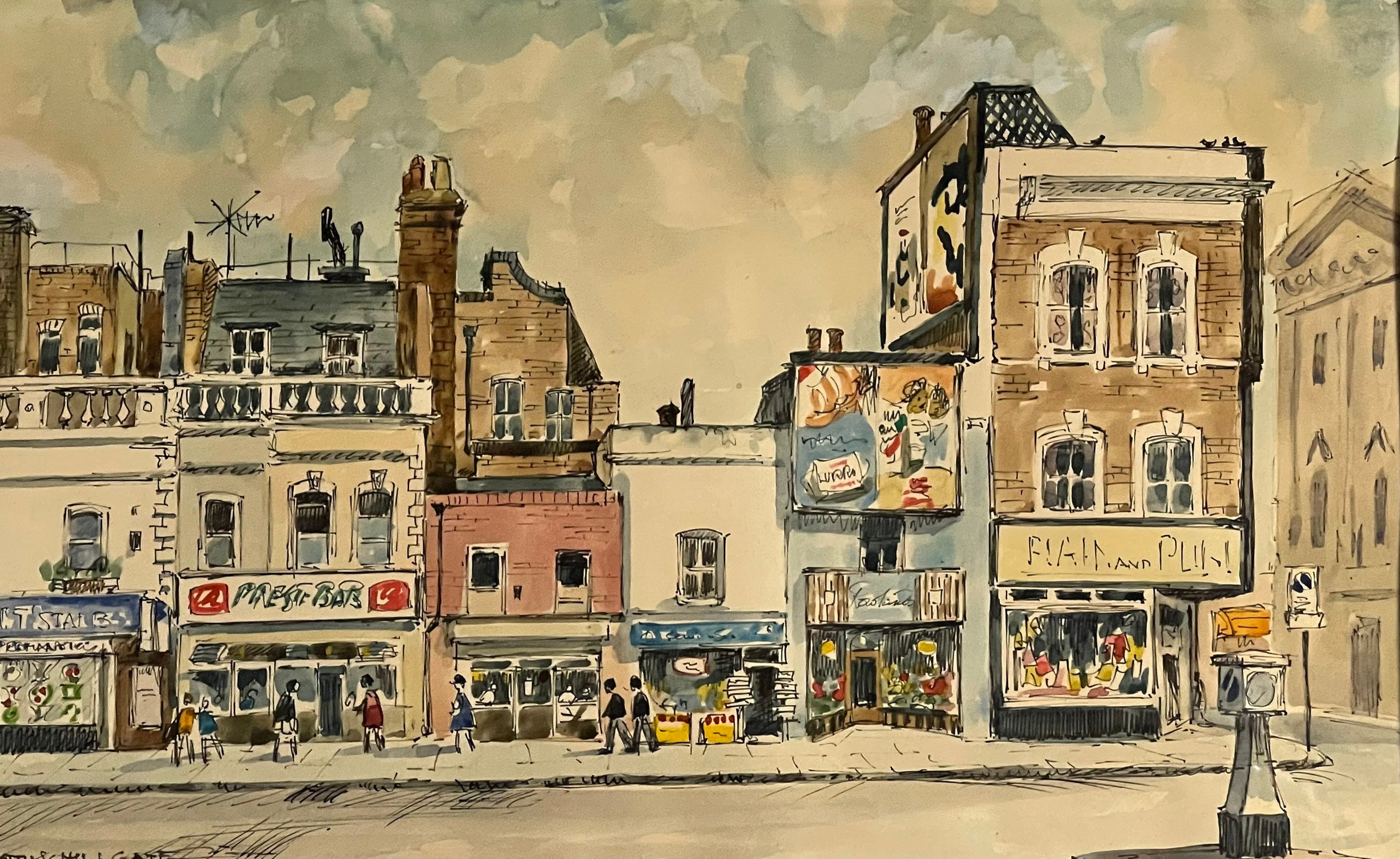 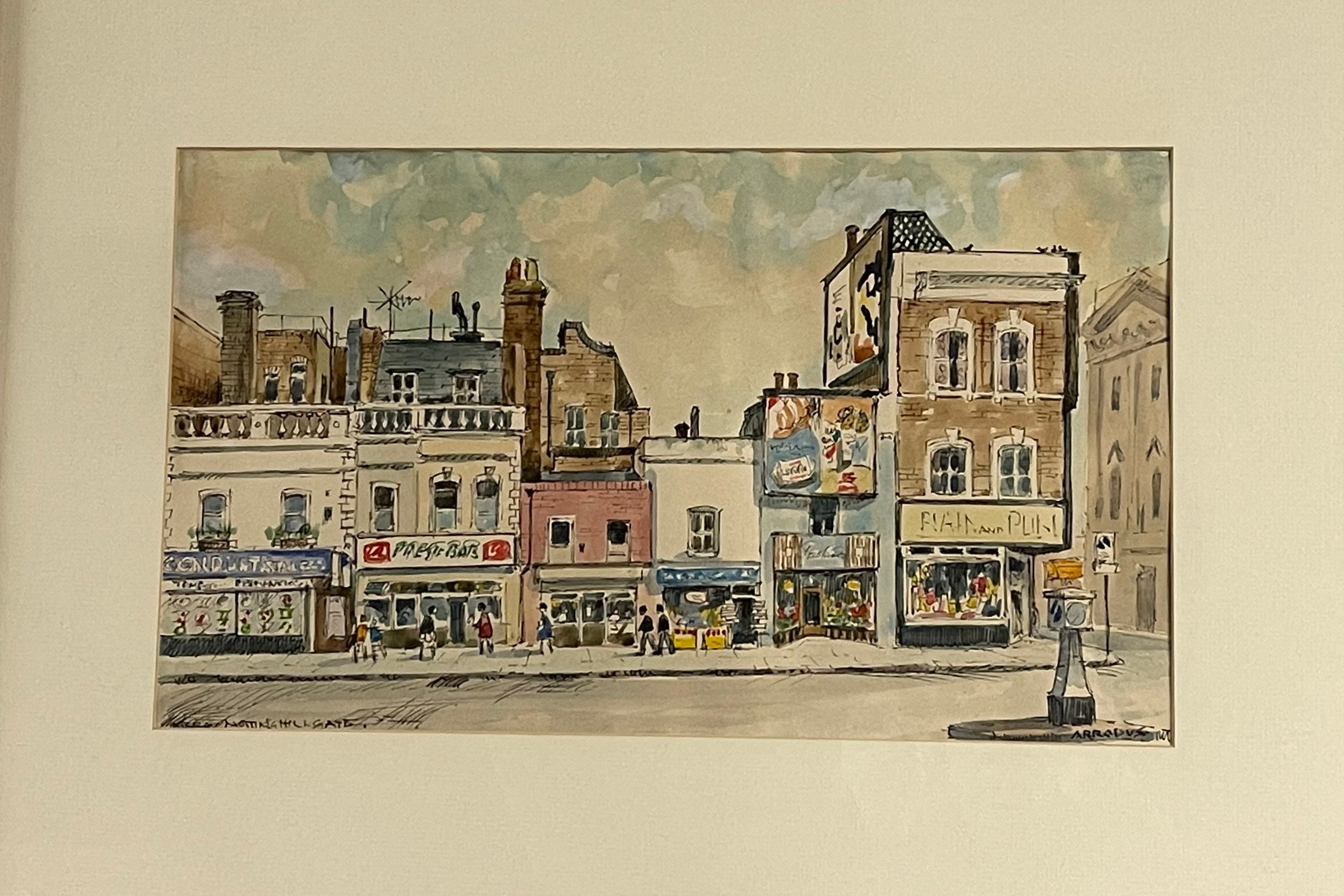 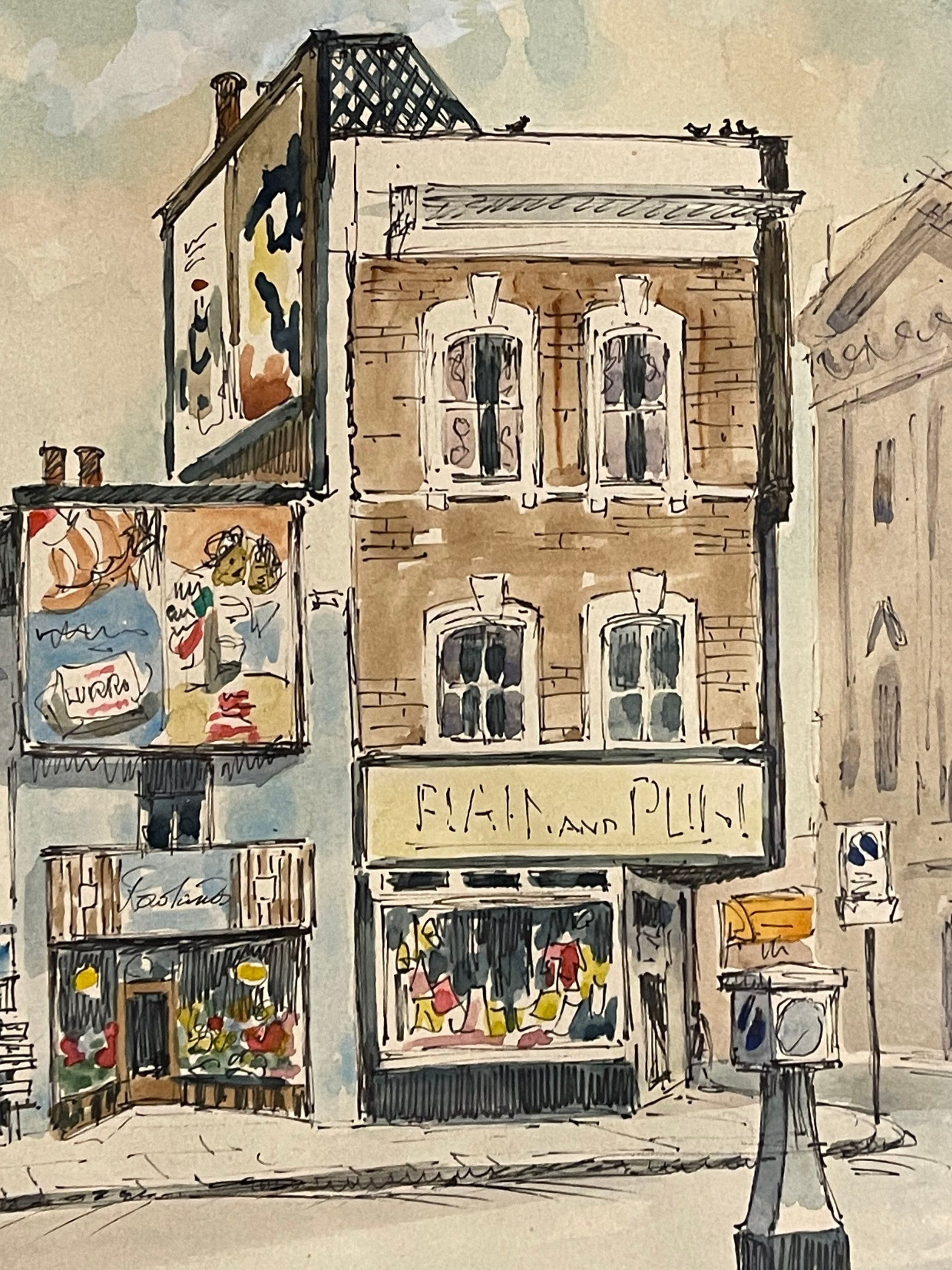 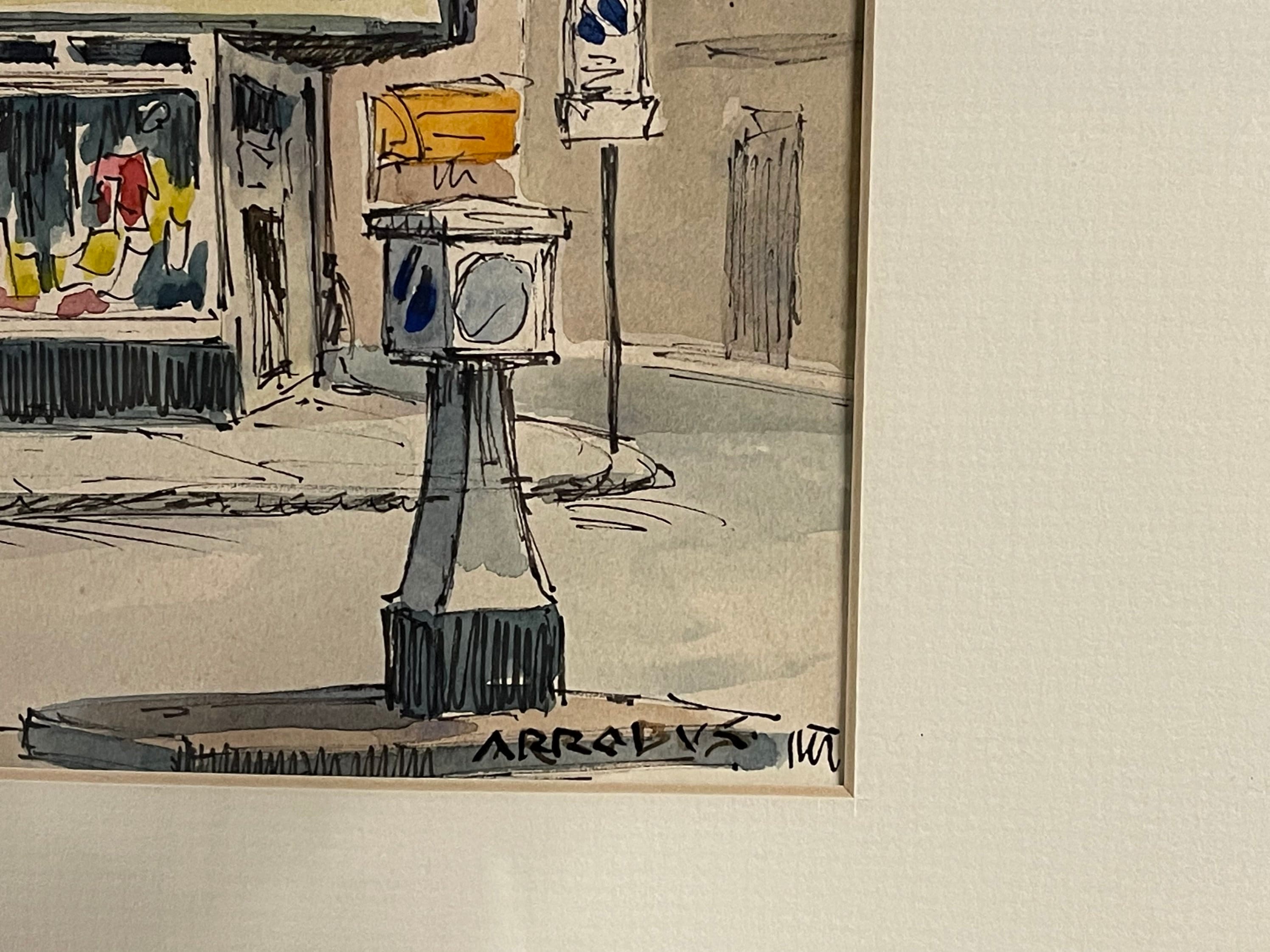 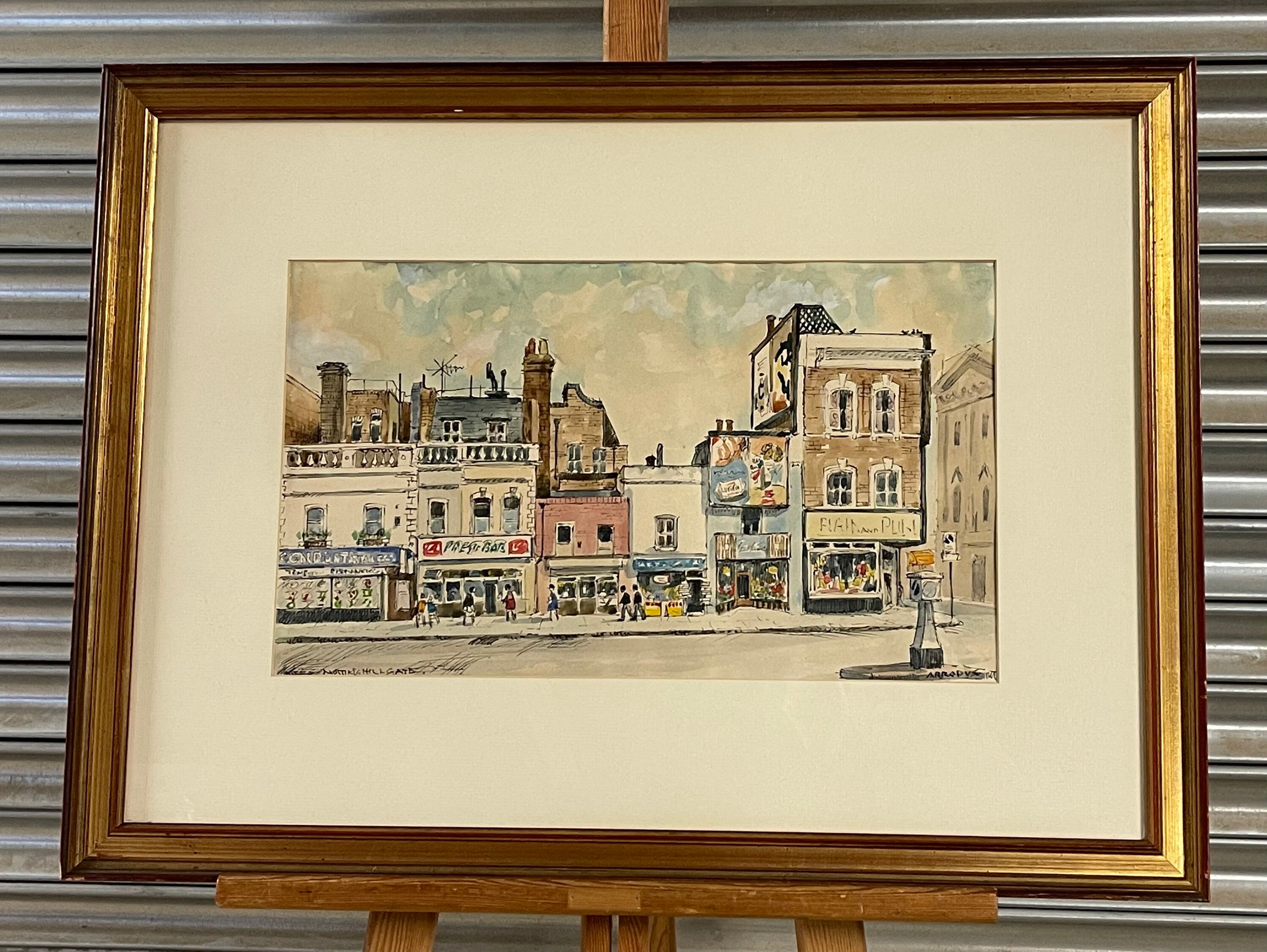 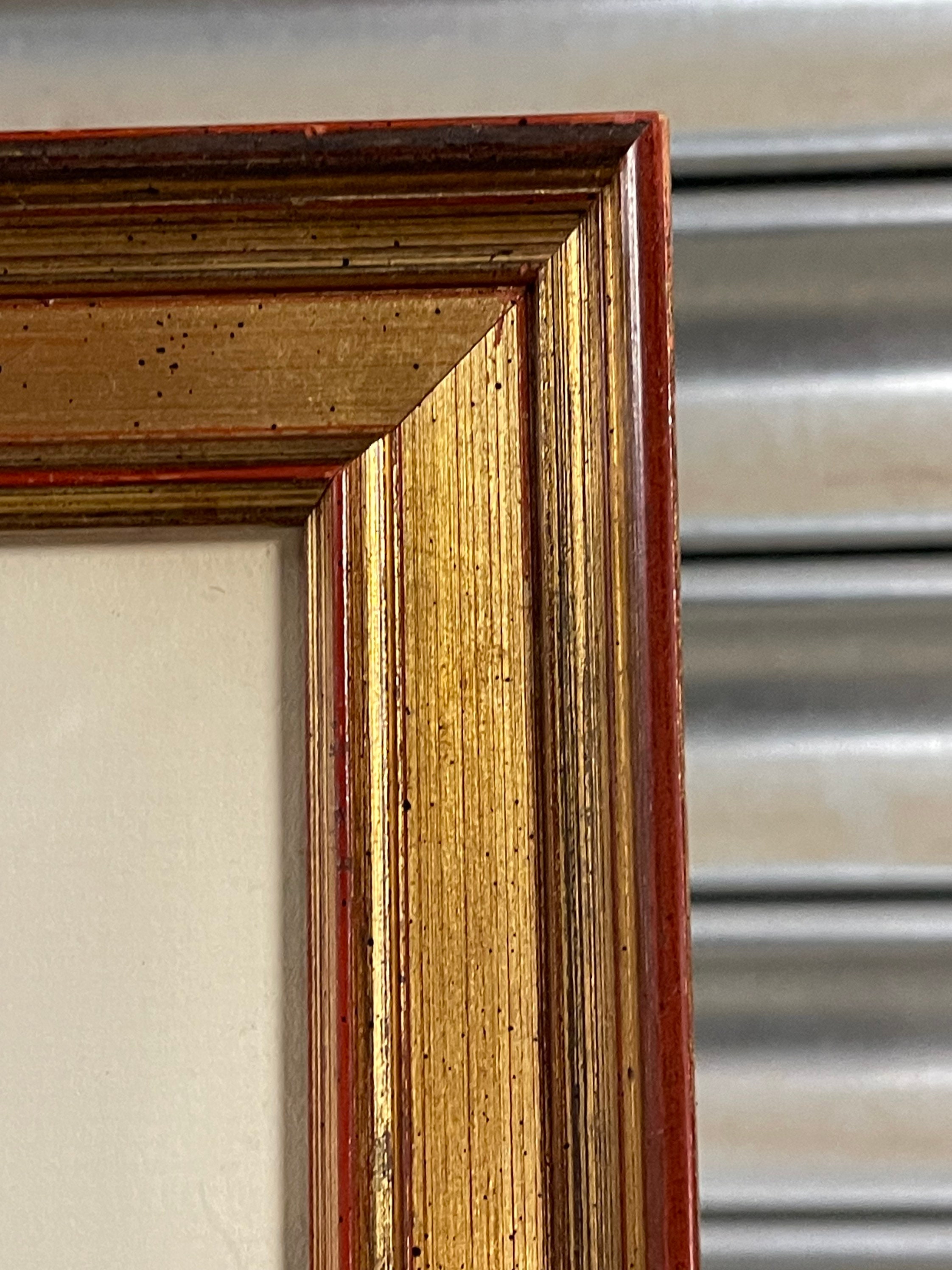 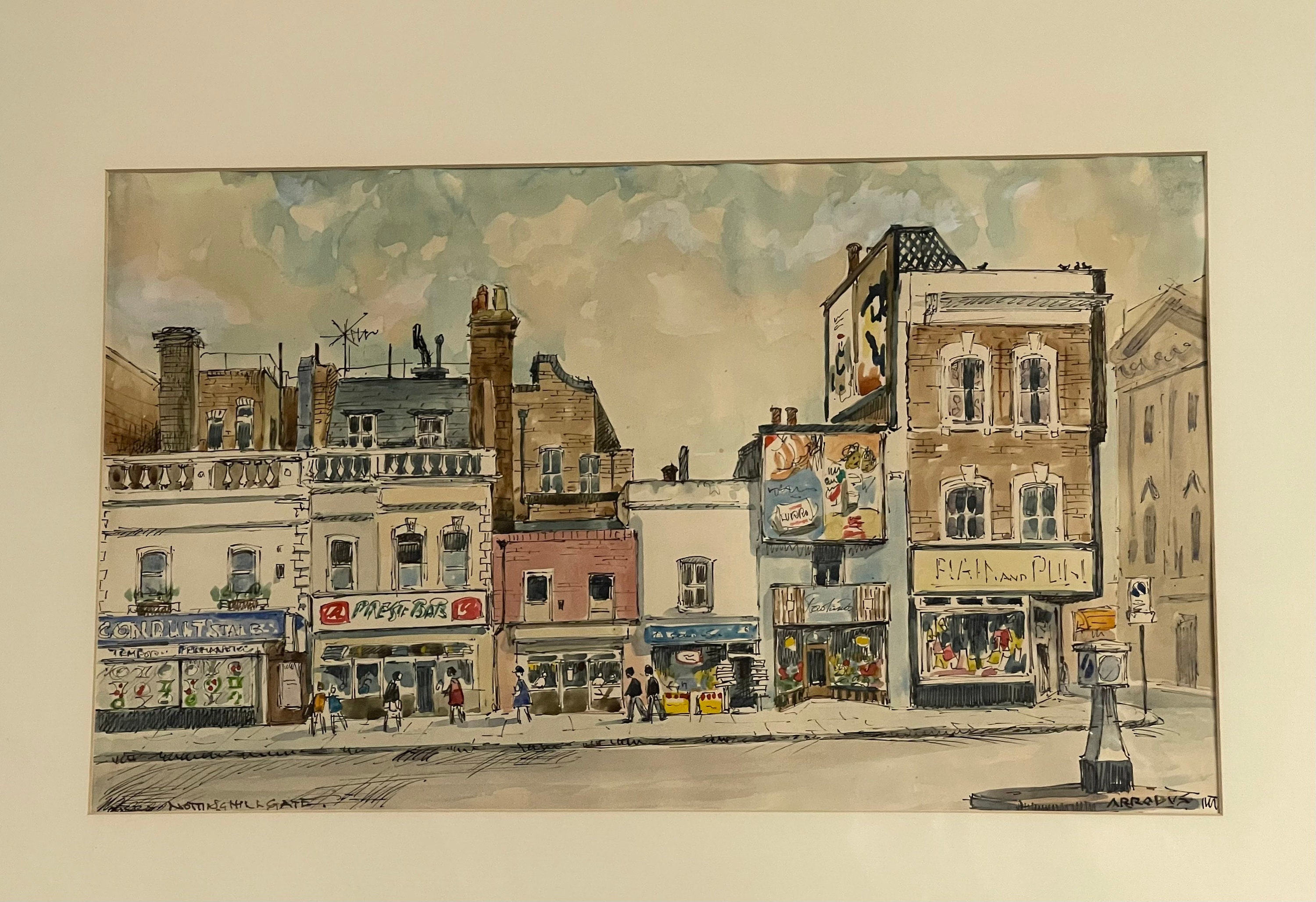 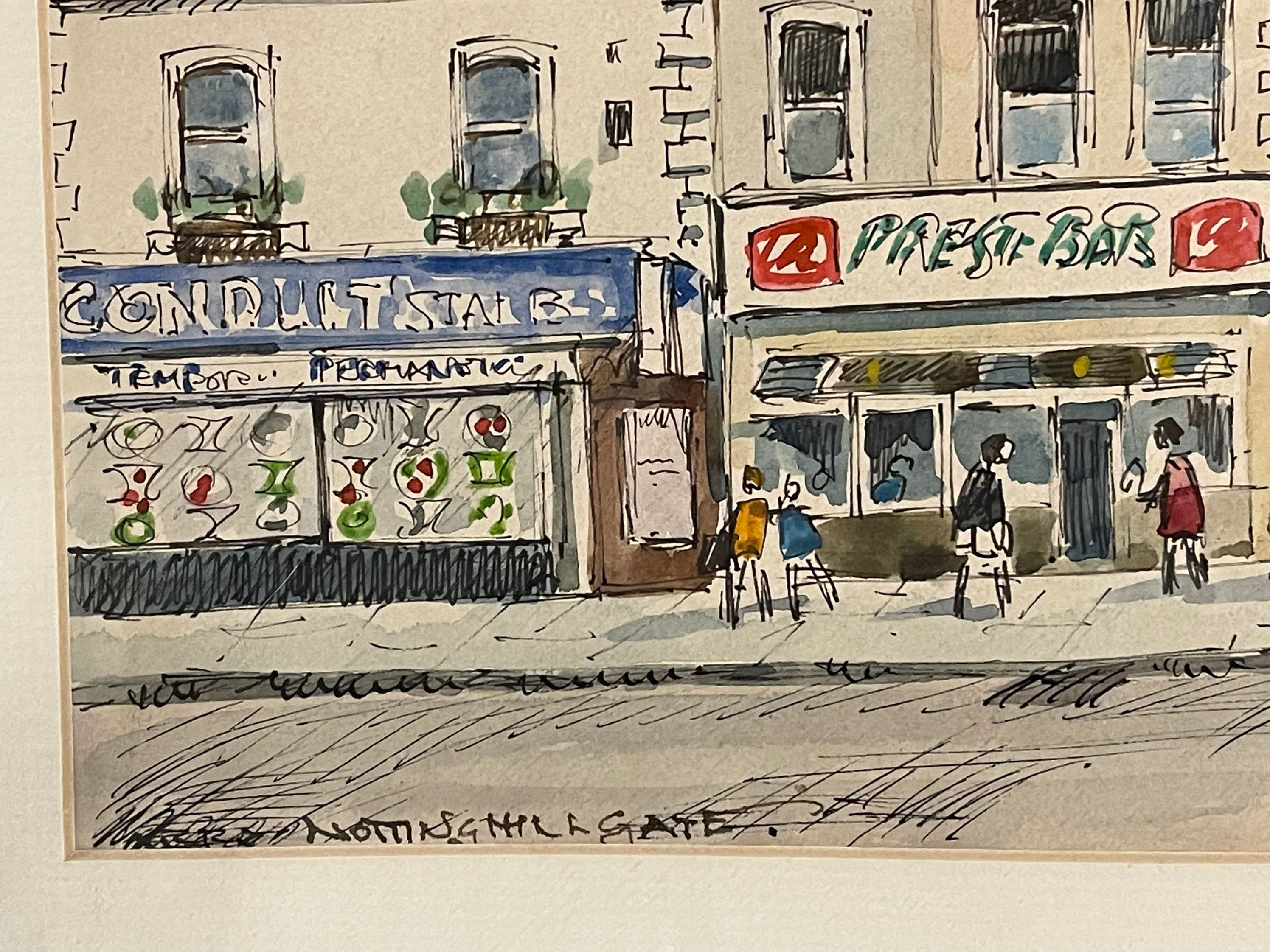 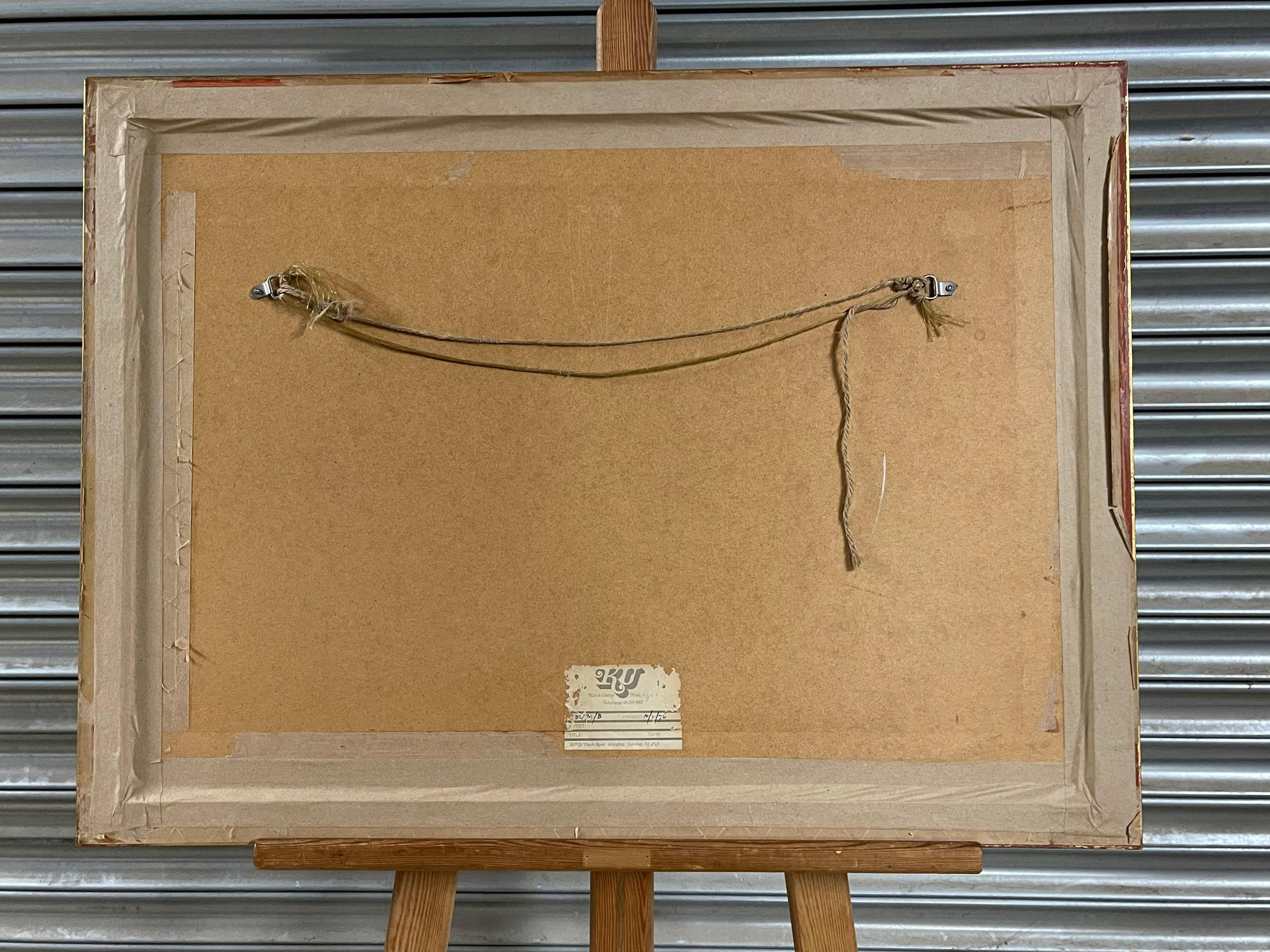 Painter Sydney Samuel Arrobus was born in Cricklewood, London in 1901. After taking private art classes as a child, he studied at Heatherley’s School of Fine Art in London. He began his career as a commercial artist, designing book jackets, posters and greeting cards, then served as a non-commissioned officer in France, Egypt, Syria, and Greece during the Second World War. In Egypt, his duties included drawing people in night clubs for security reasons and his artistic output while attached to the Psychological Warfare Branch included portraits and sketches for aerogrammes; in Greece, he shared a studio with Greek artists and made propaganda posters. Although he was not appointed an official war artist, he later presented a number of these wartime sketches to the Imperial War Museum, which also holds his oral testimony. After returning home in 1946, he participated regularly in mixed exhibitions with the Ben Uri Art Society between 1947 and 1978. His work was shown widely, including at the Royal Institute of Painters and Watercolours, and by the Hampstead Artists’ Council. He also held solo exhibitions at the Woodstock Gallery, the Cooling Gallery, the Everyman Foyer Gallery in Hampstead, and at Finsbury Library, Islington. Following a successful exhibition, he established an Award for watercolour painters in 1989. Arrobus was a well-known figure in Hampstead, often visible sketching the local streets, houses, and shops; examples of which are held in the collection of Burgh House, Hampstead. Arrobus died in Haverstock Hill, Hampstead in 1990.