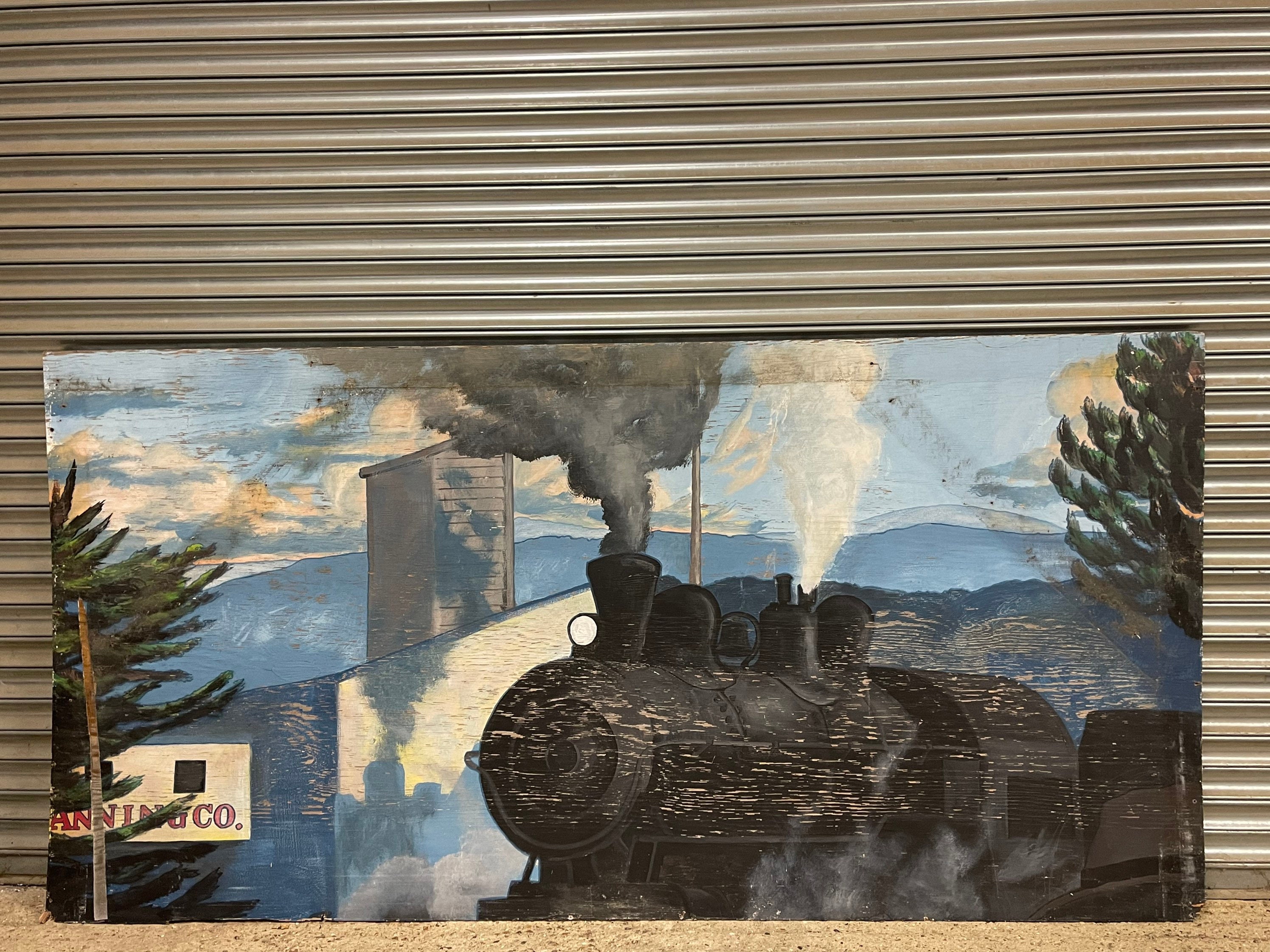 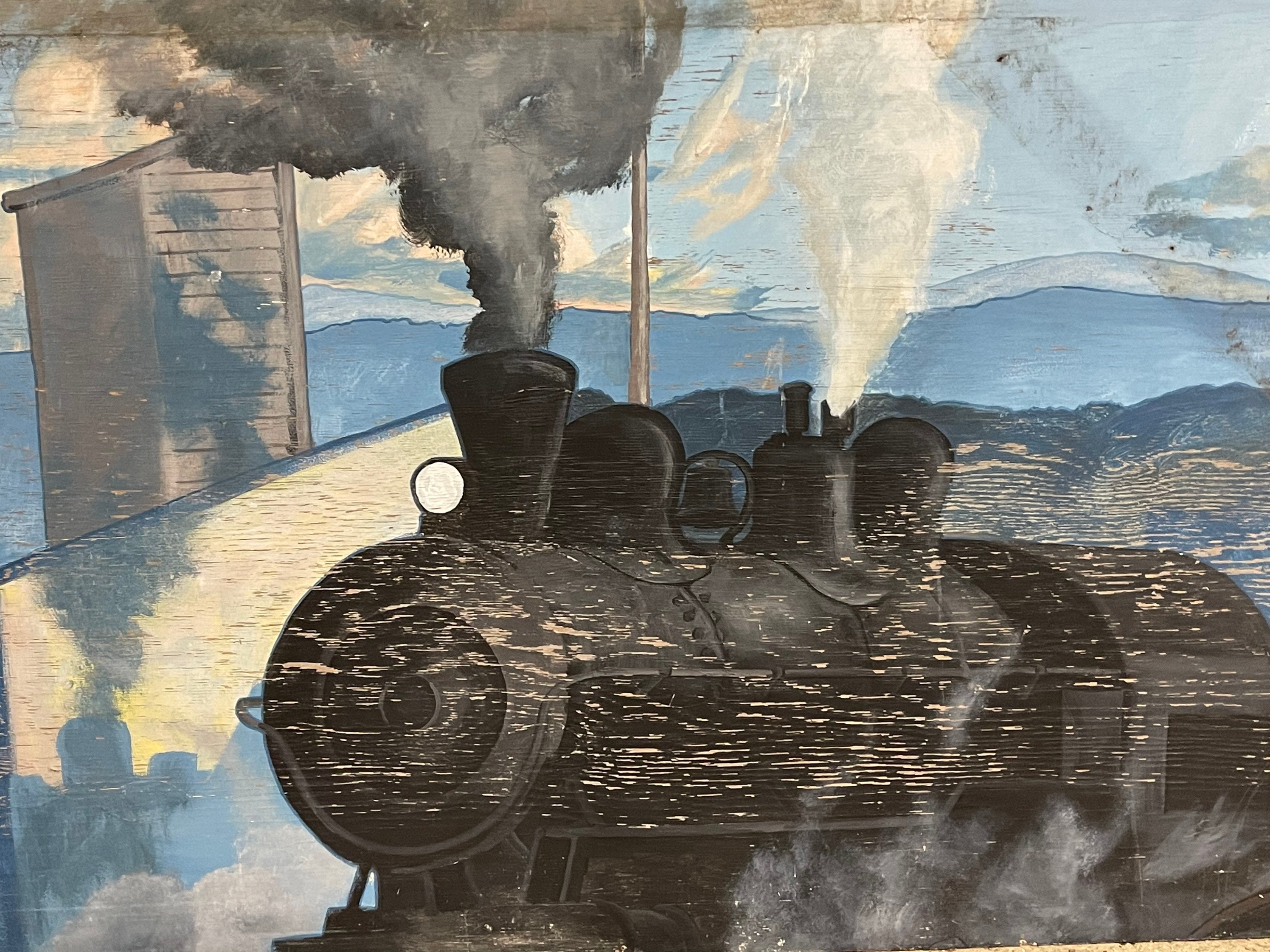 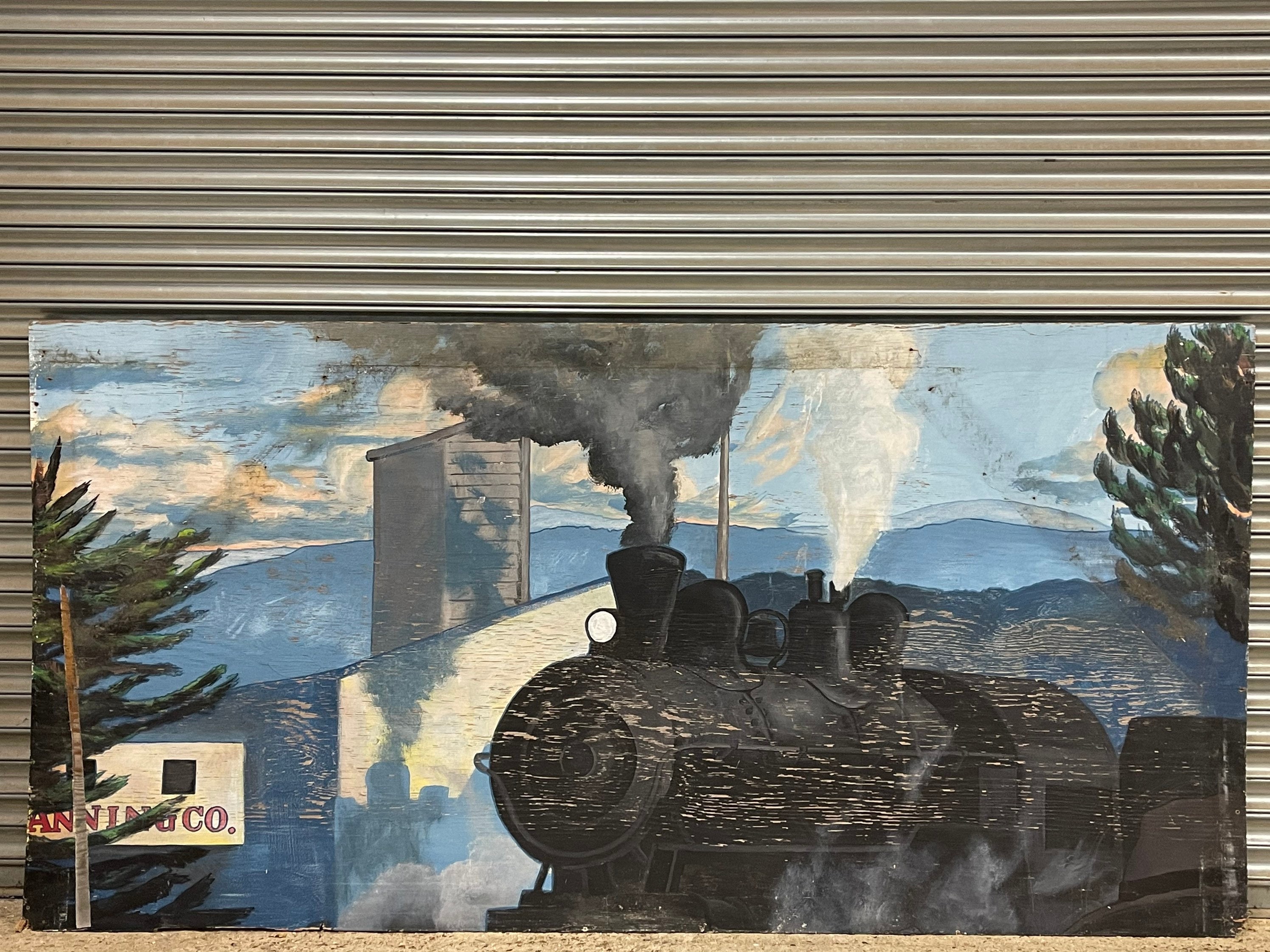 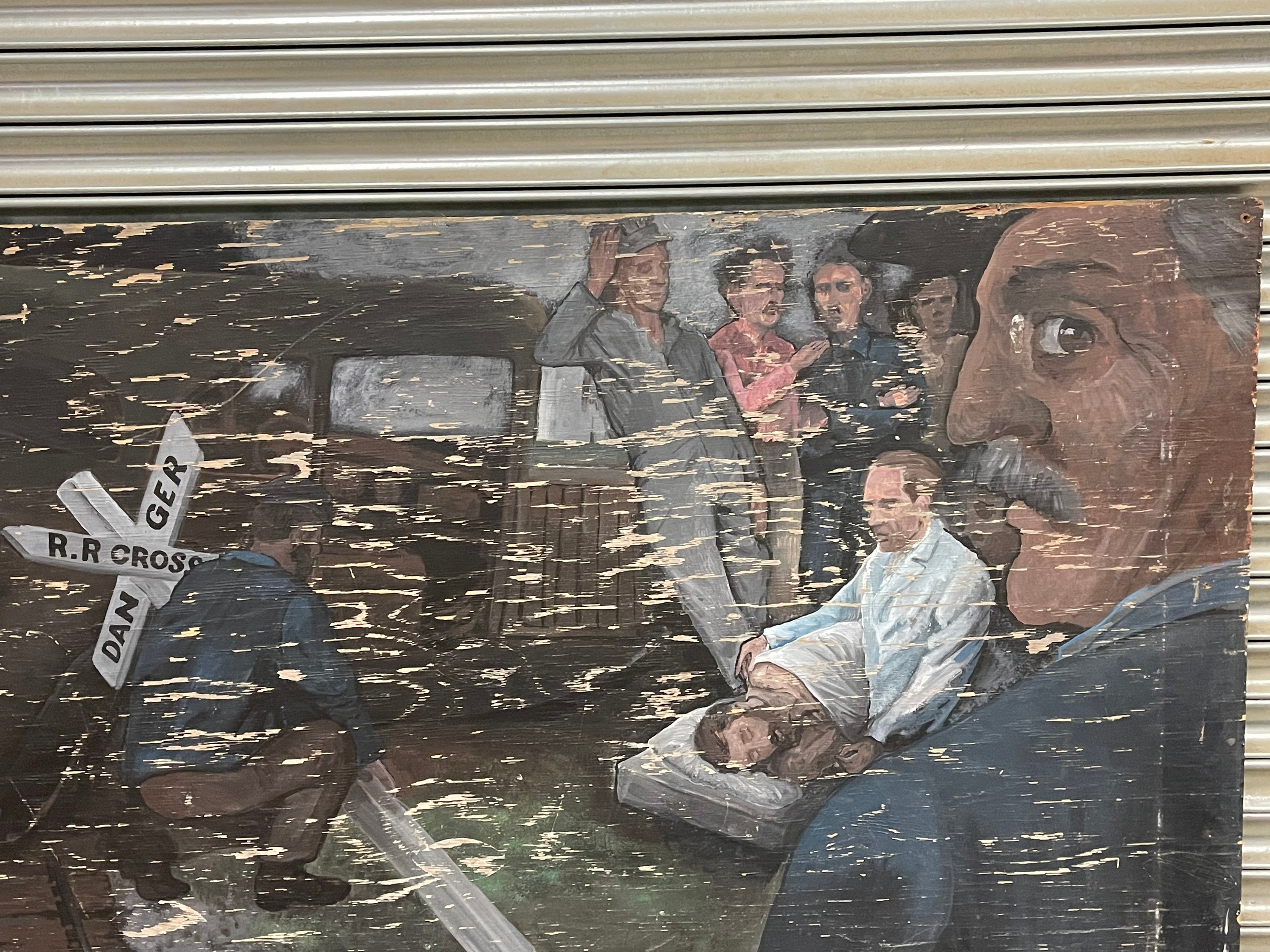 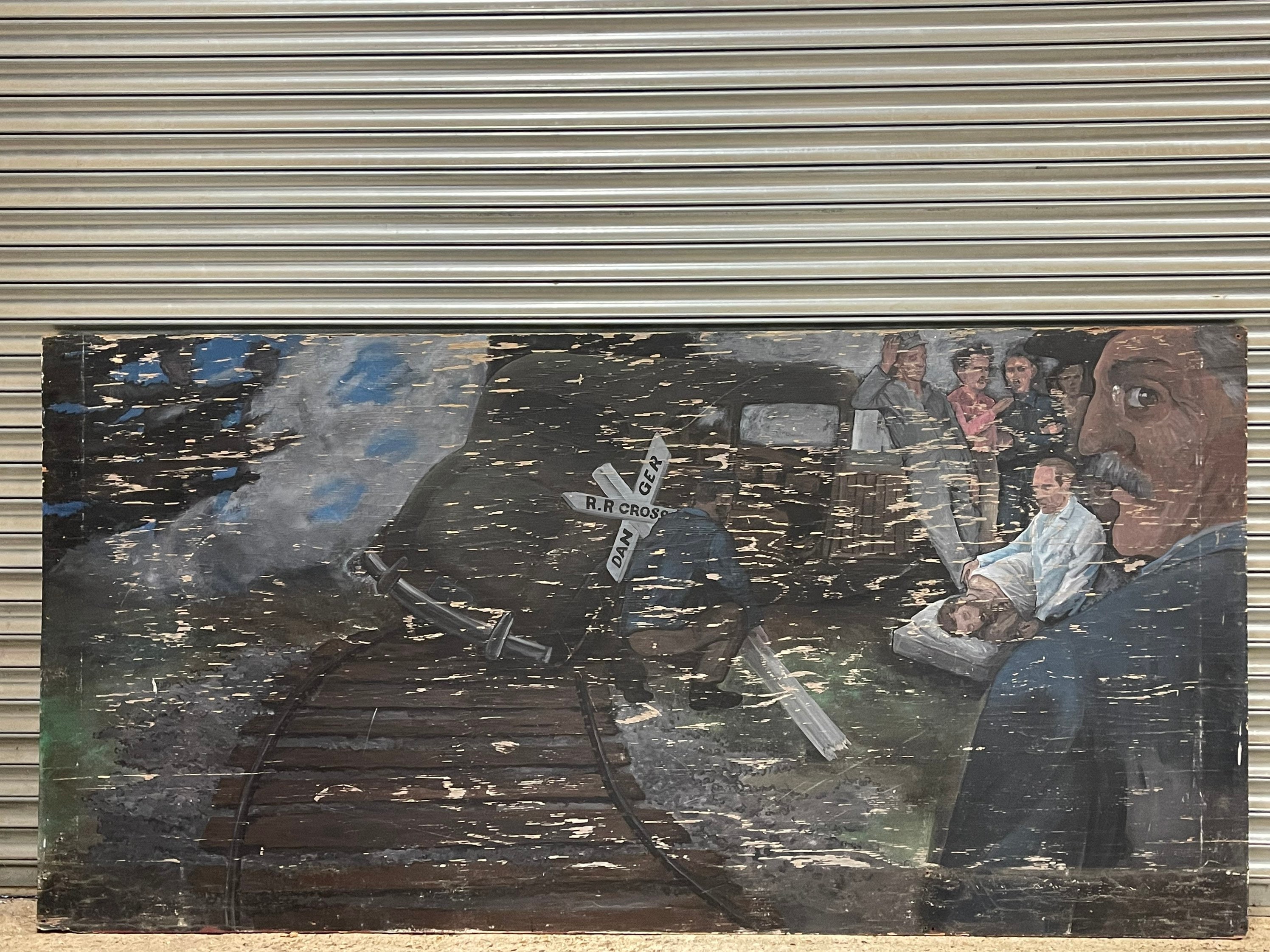 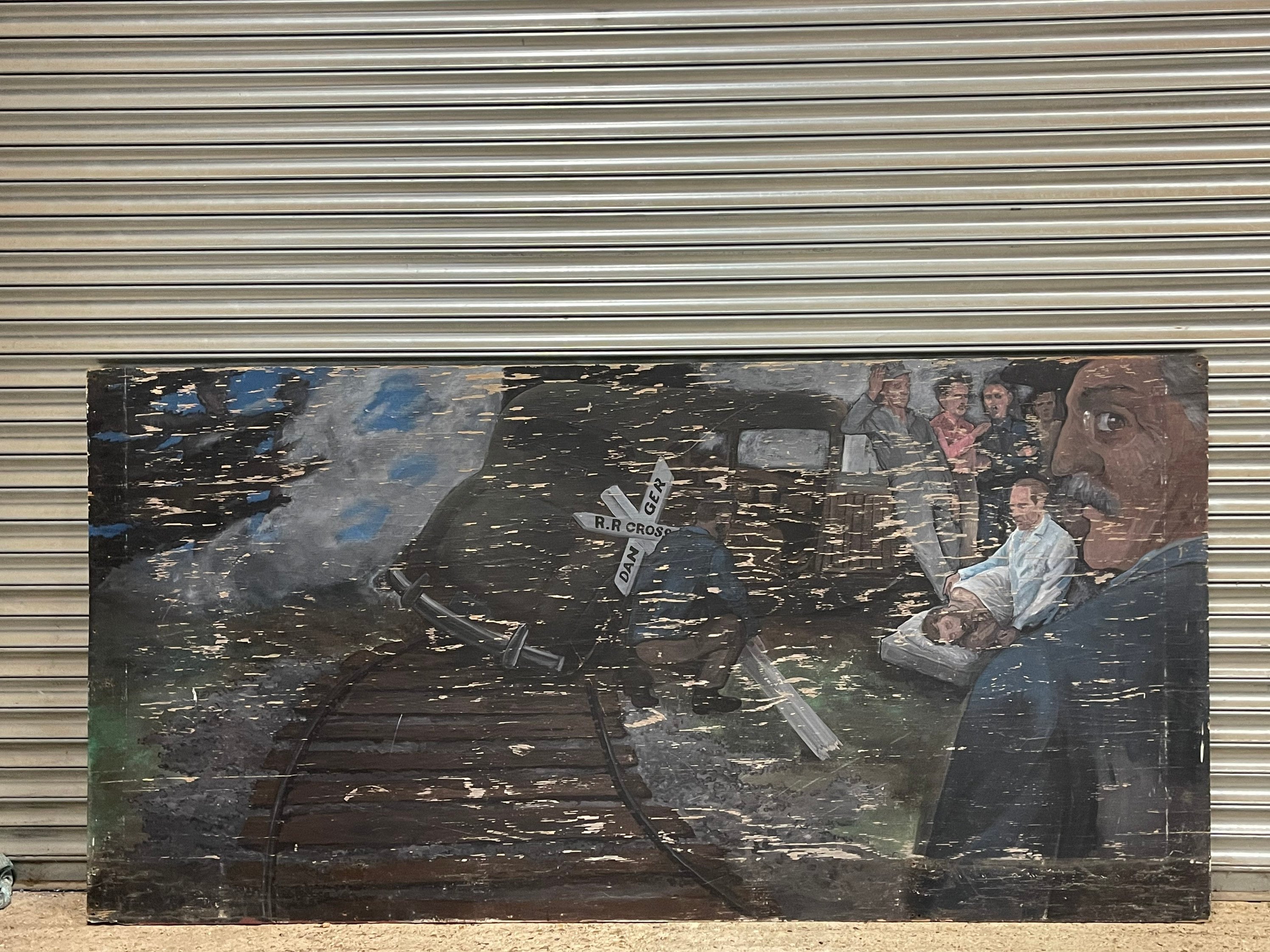 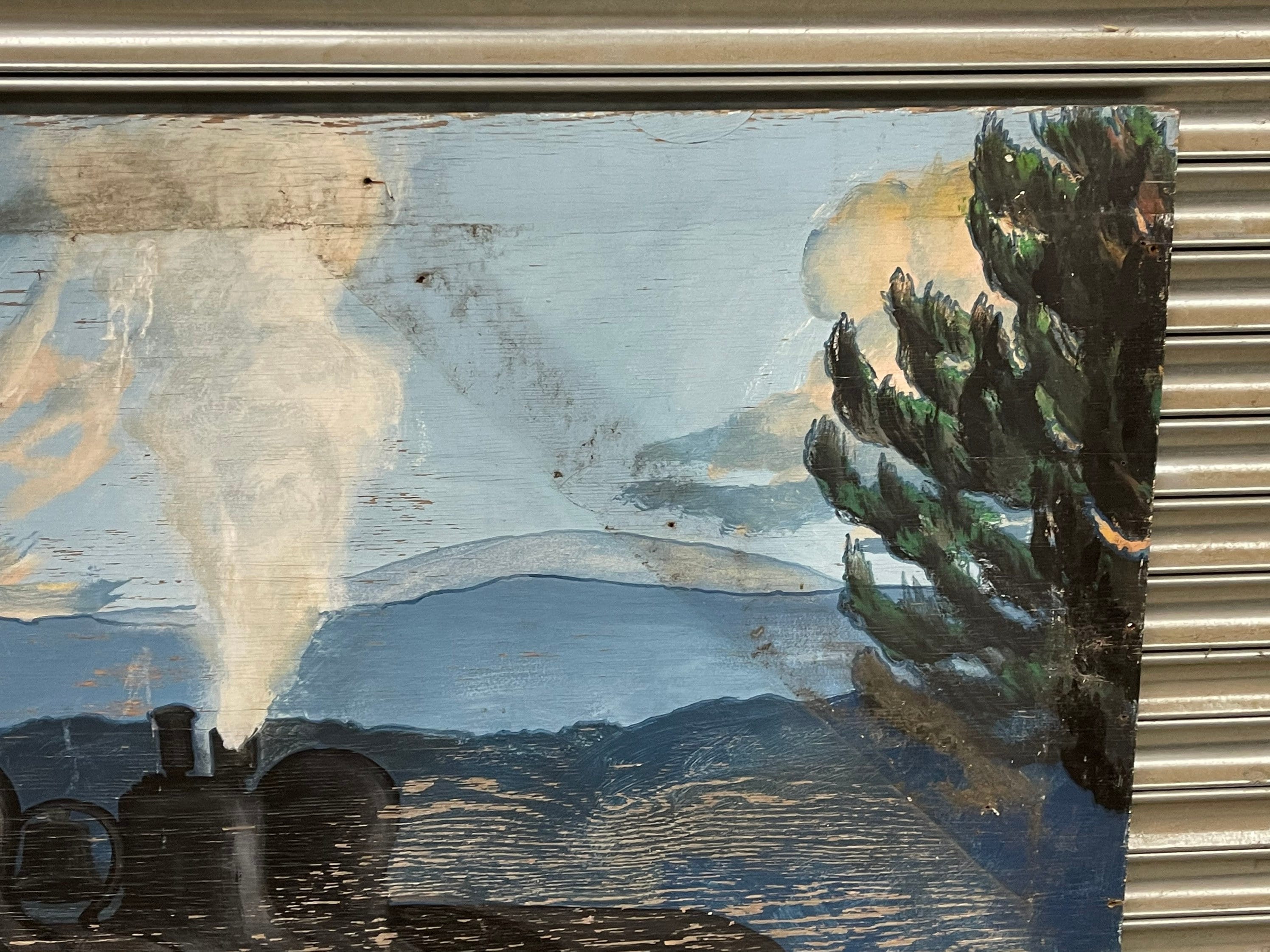 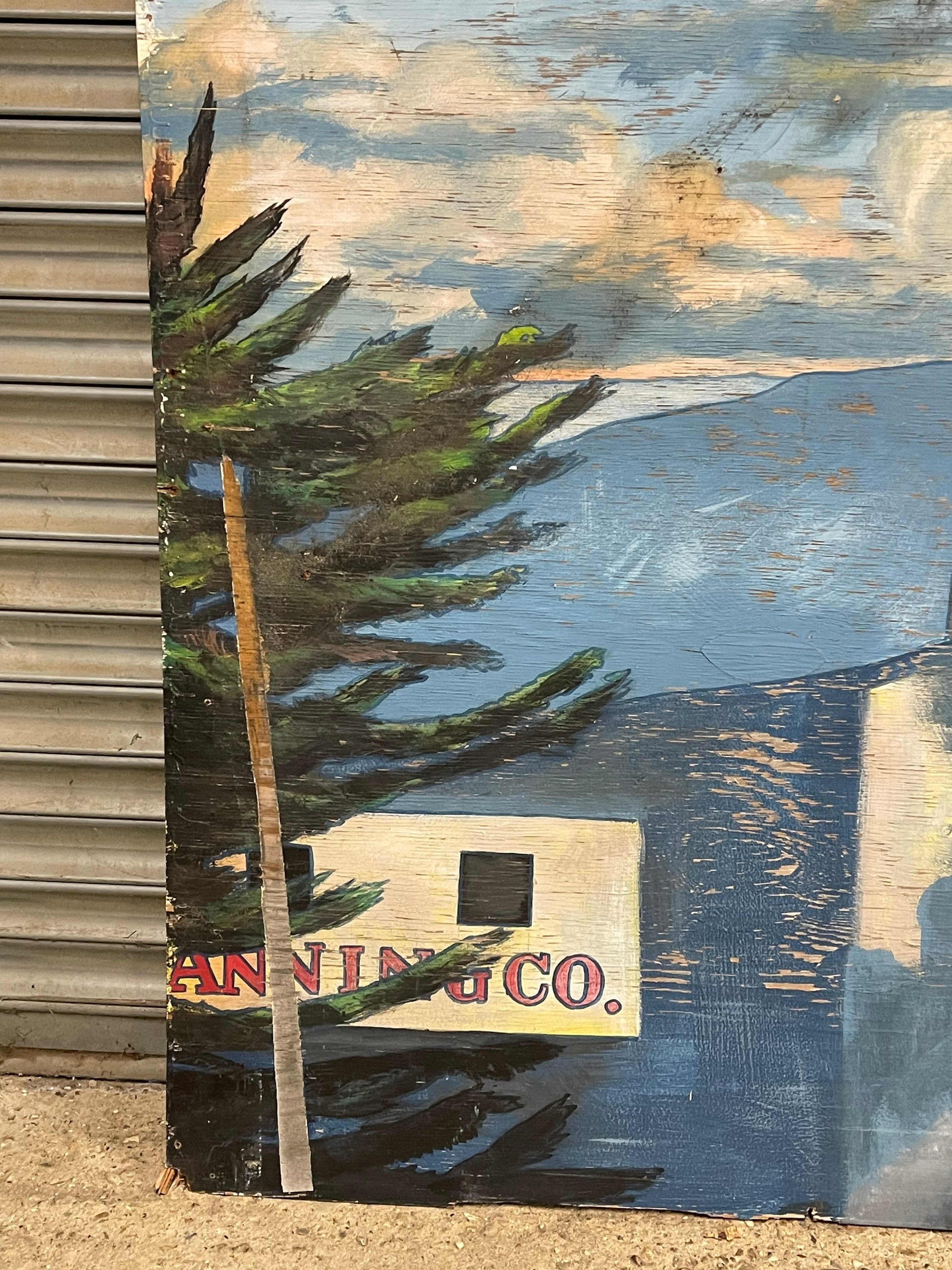 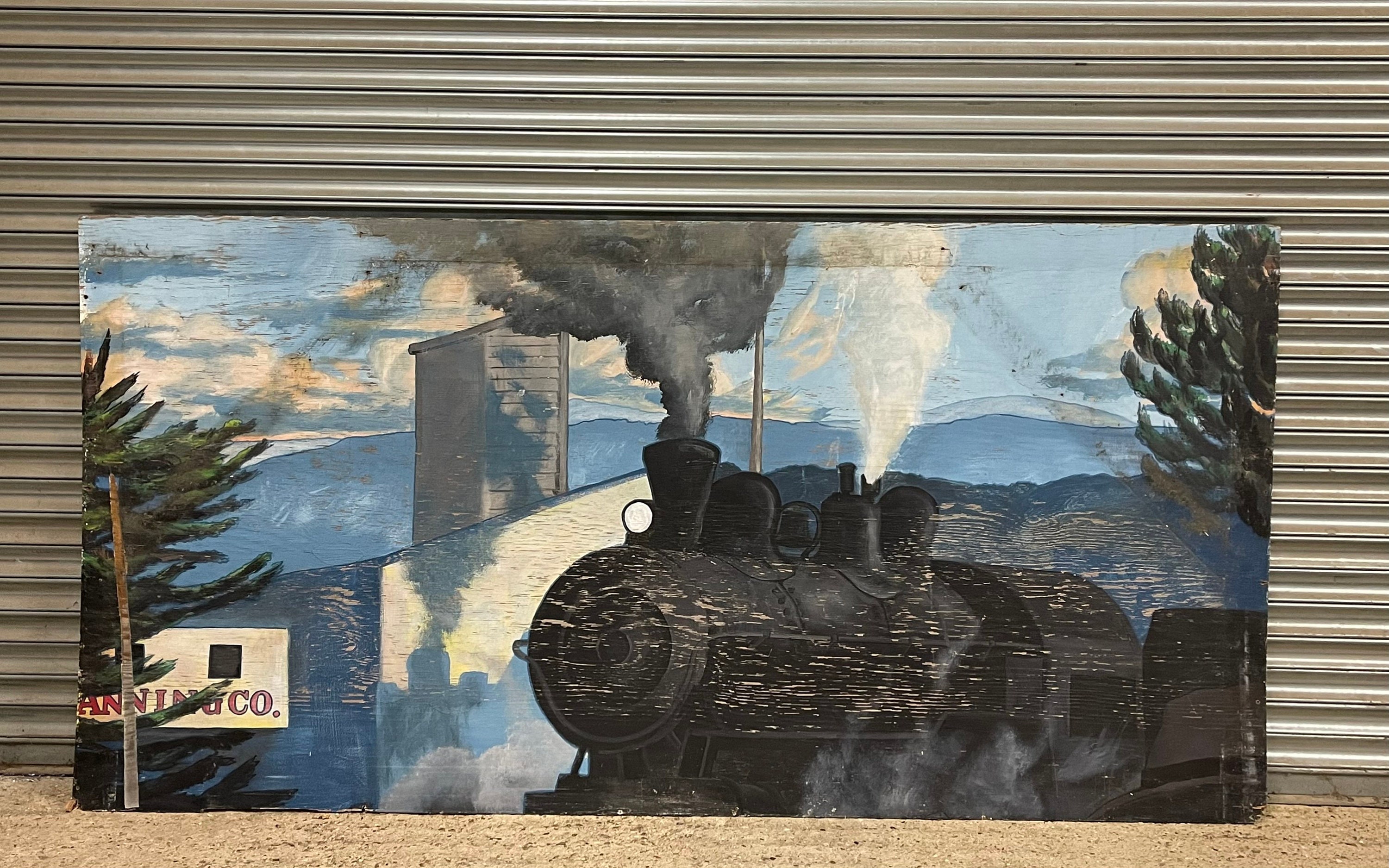 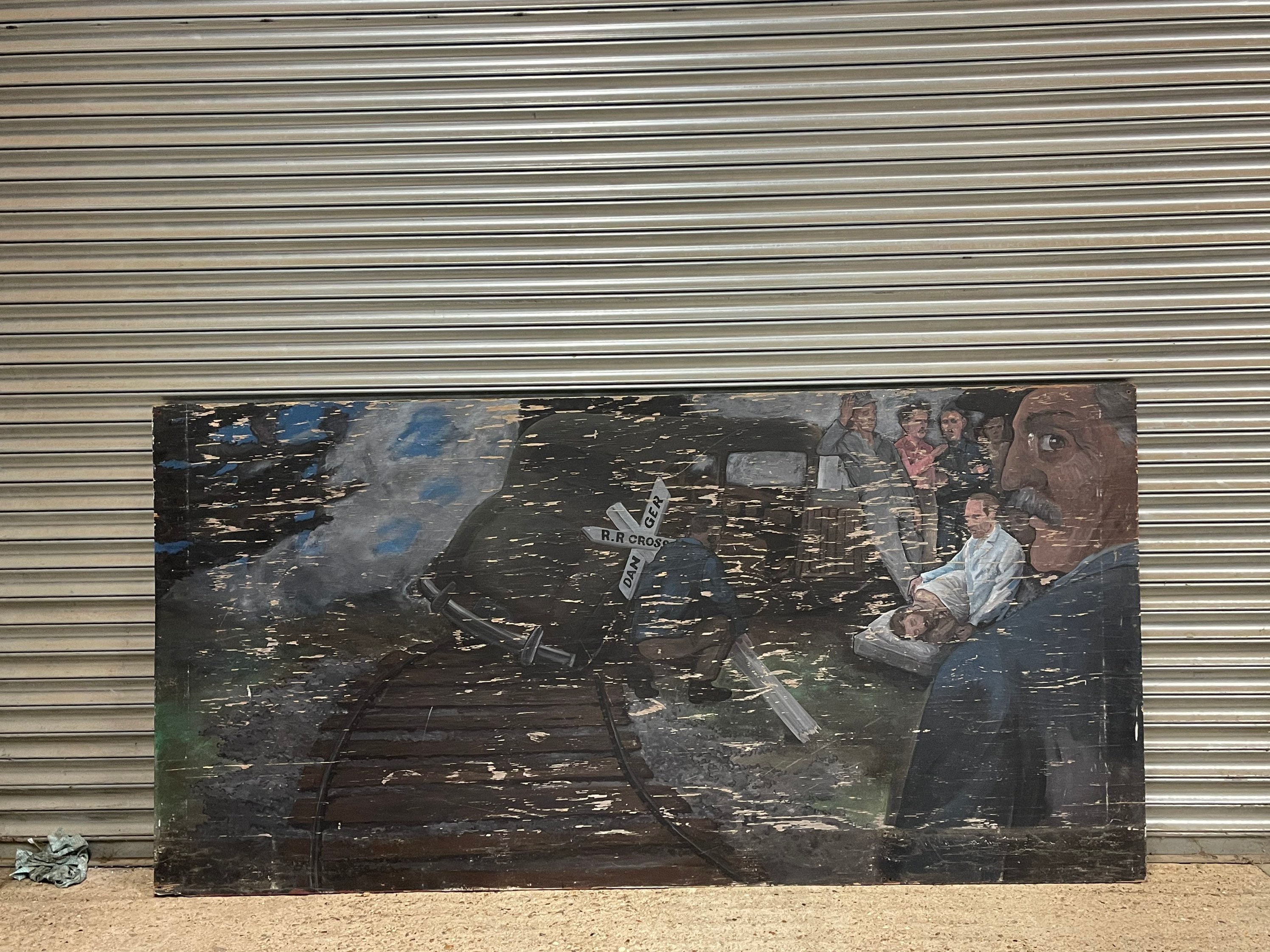 John Middleton, 20thC, American School, Two-Sectional Mural, Death of Ed Ricketts, sponsored by Monterey Plaza, A railroad crossing scene at Drake Avenue, depicting the steam train - car collision that killed Ed Ricketts, with figures. Approx. 8ft x 8ft / 96’’ x 96’’ The mural was one of a large series commissioned by Bruce Ariss in 1989 for a walkway in Cannery Row, Monterey, California, commemorating the town’s fish canning history. By 1998 the murals had suffered substantial fading, the majority of the murals were refurbished, mostly by the original artists. They were taken down in c. 1999 when a hotel was built in their place.


These would suit a restaurant, bar / commercial establishment or even a man cave if you have the room to display 2 x 8ft panels


Happy for Buyer to collect although I have quoted for delivery