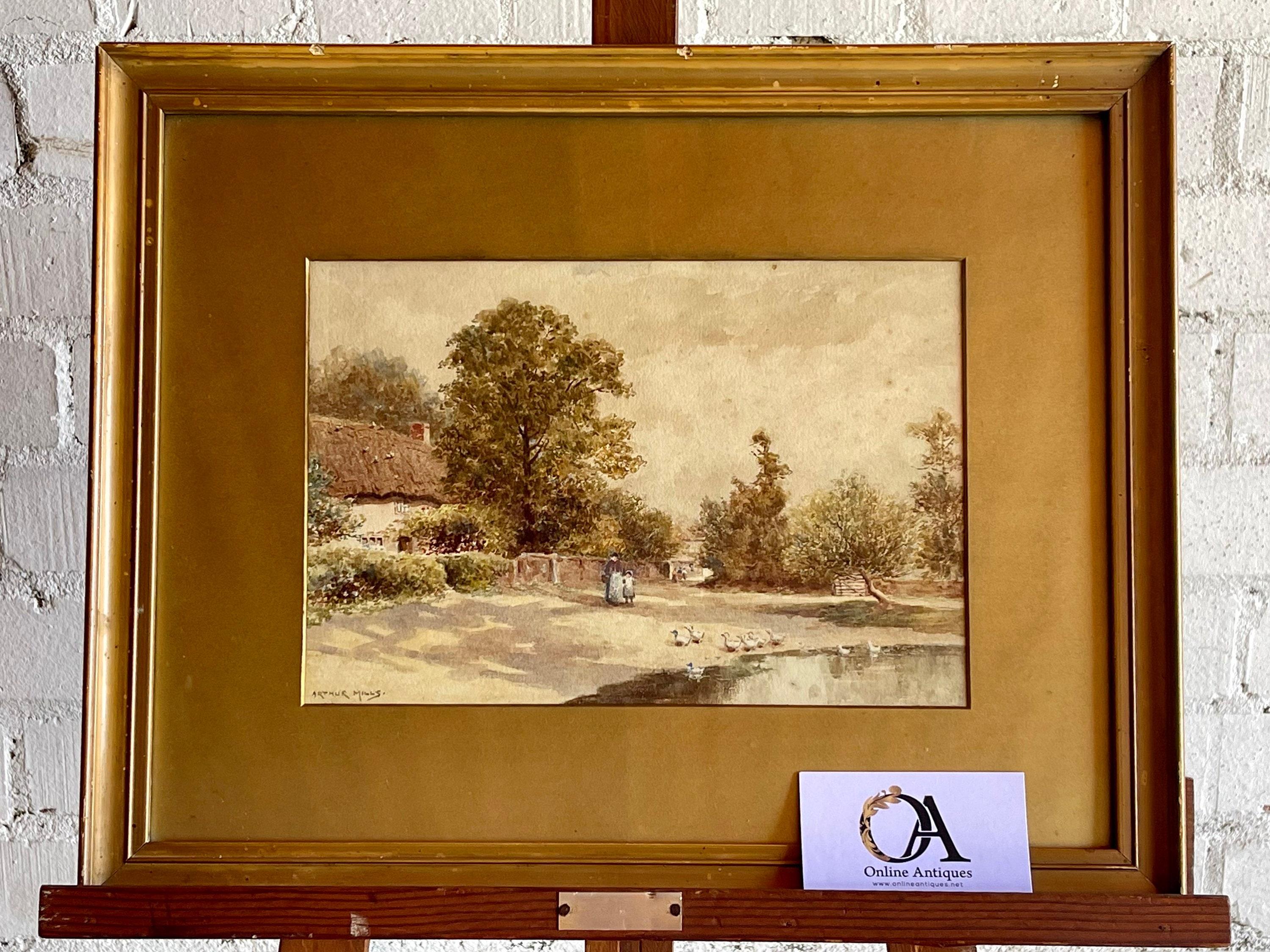 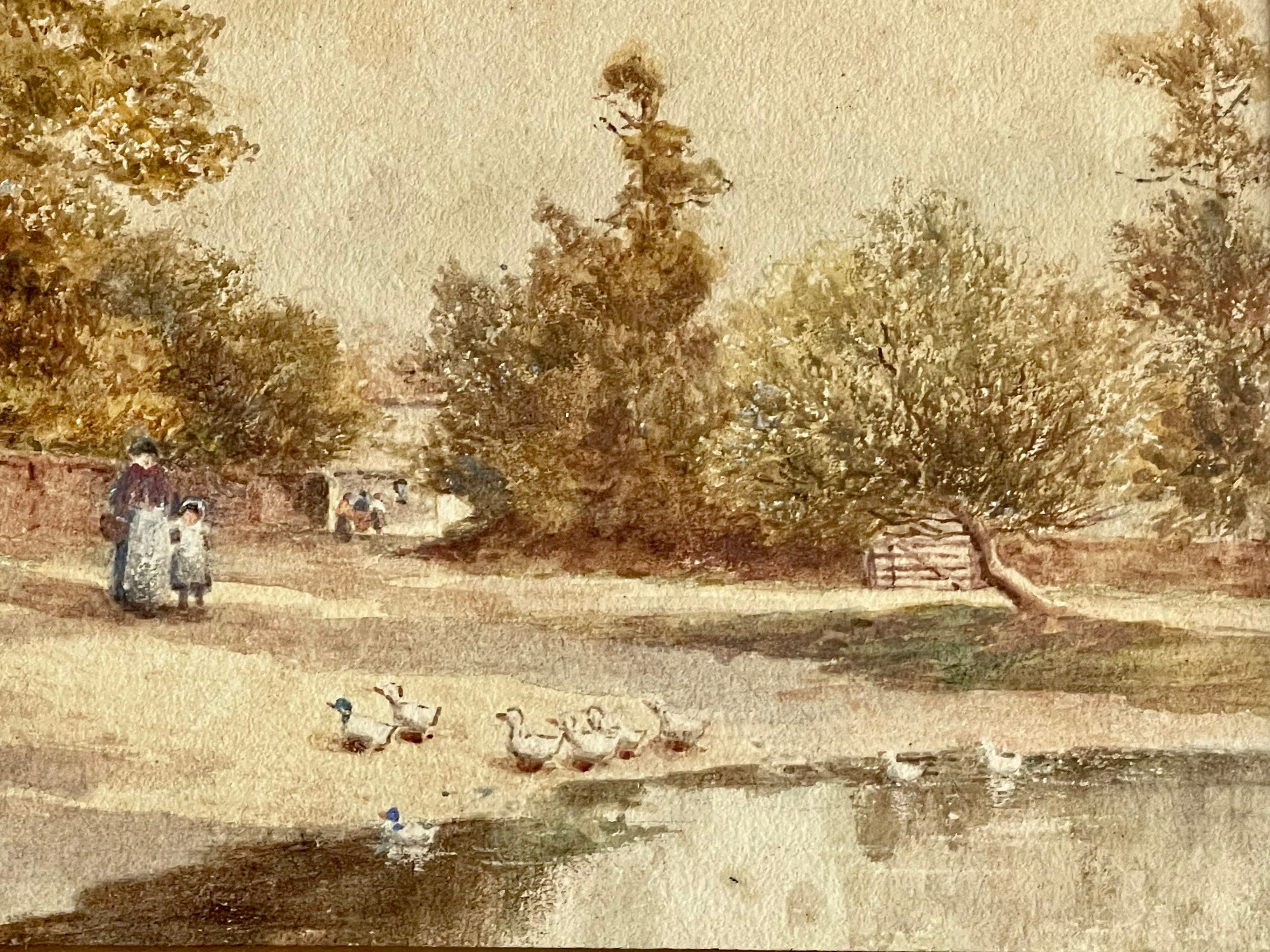 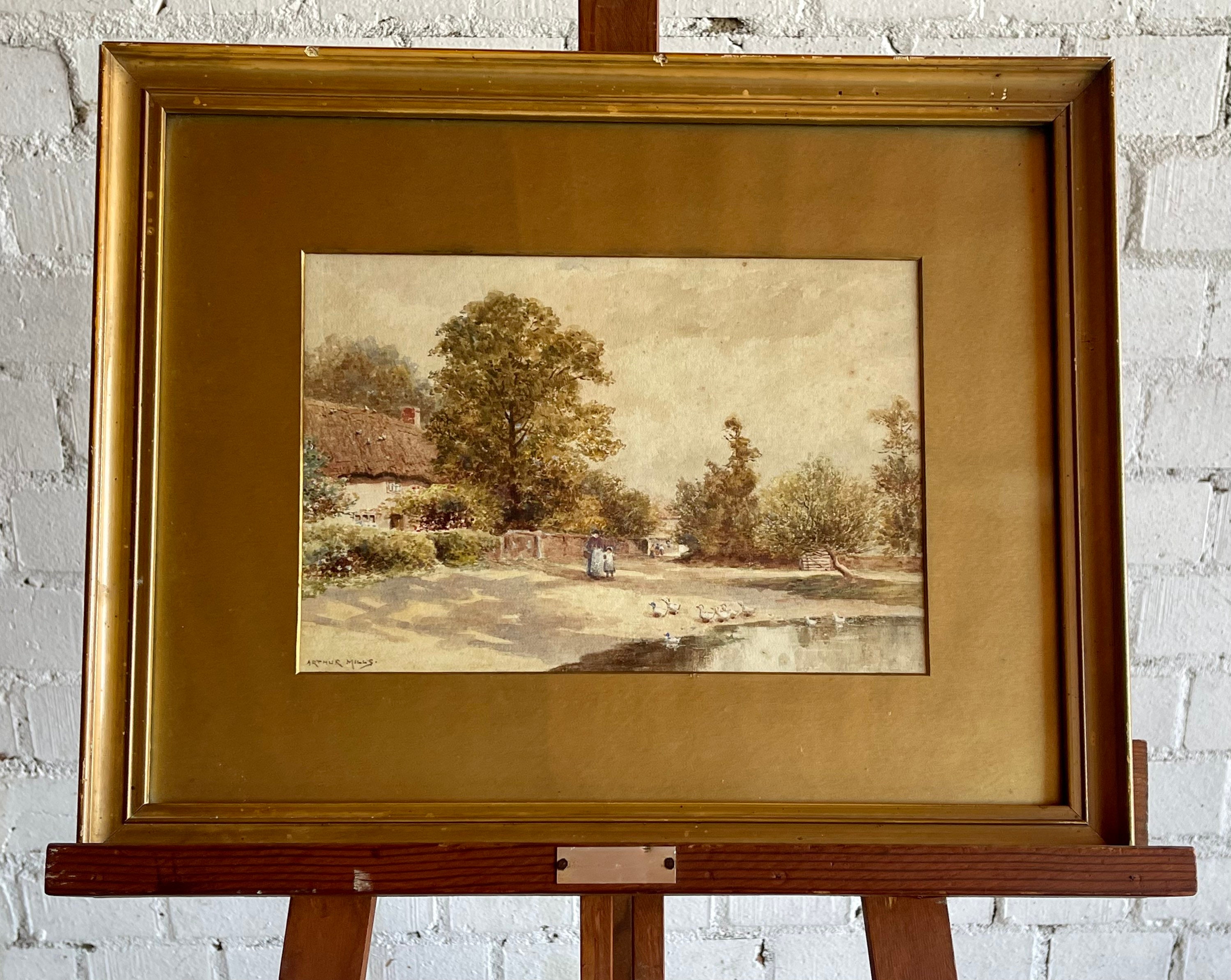 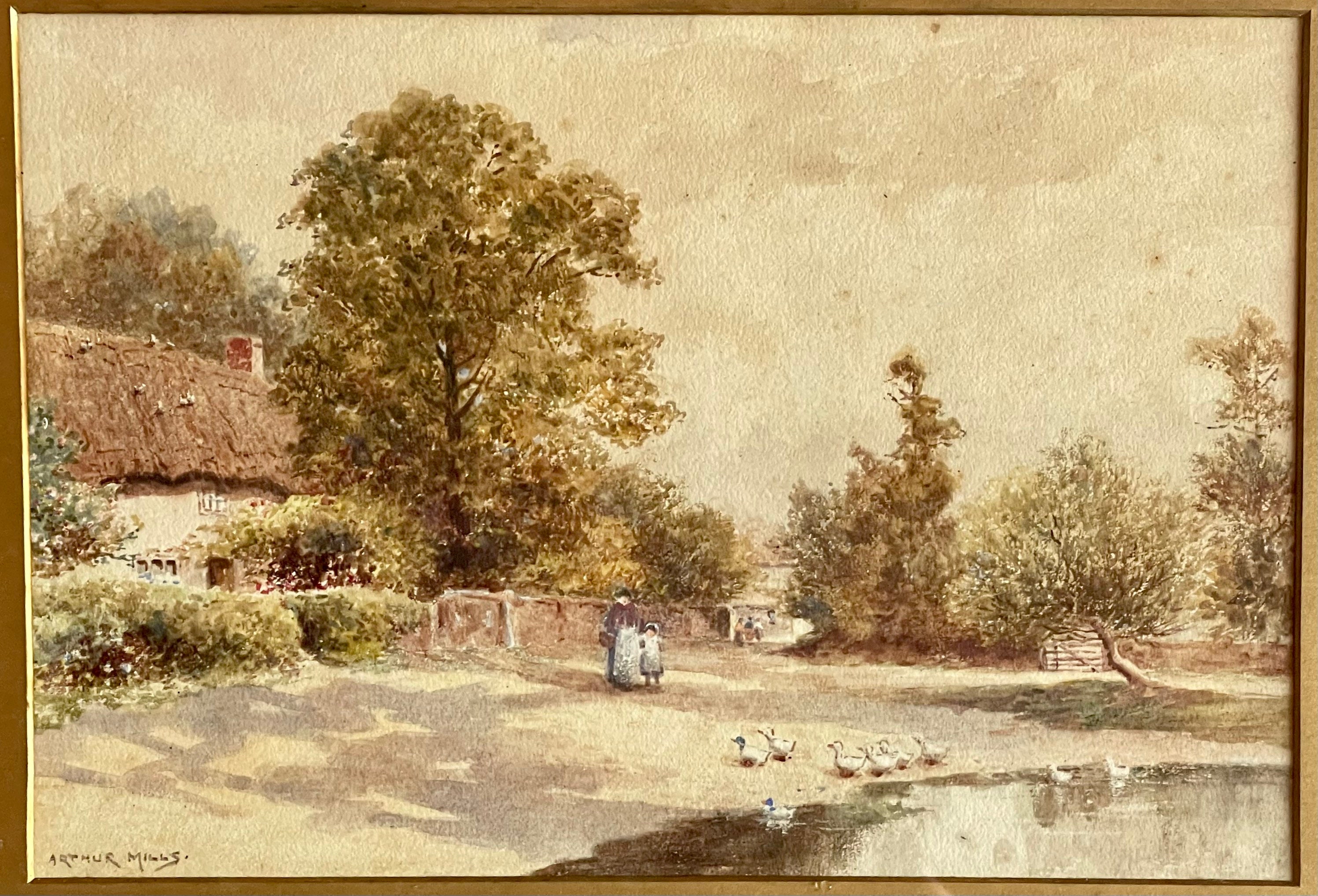 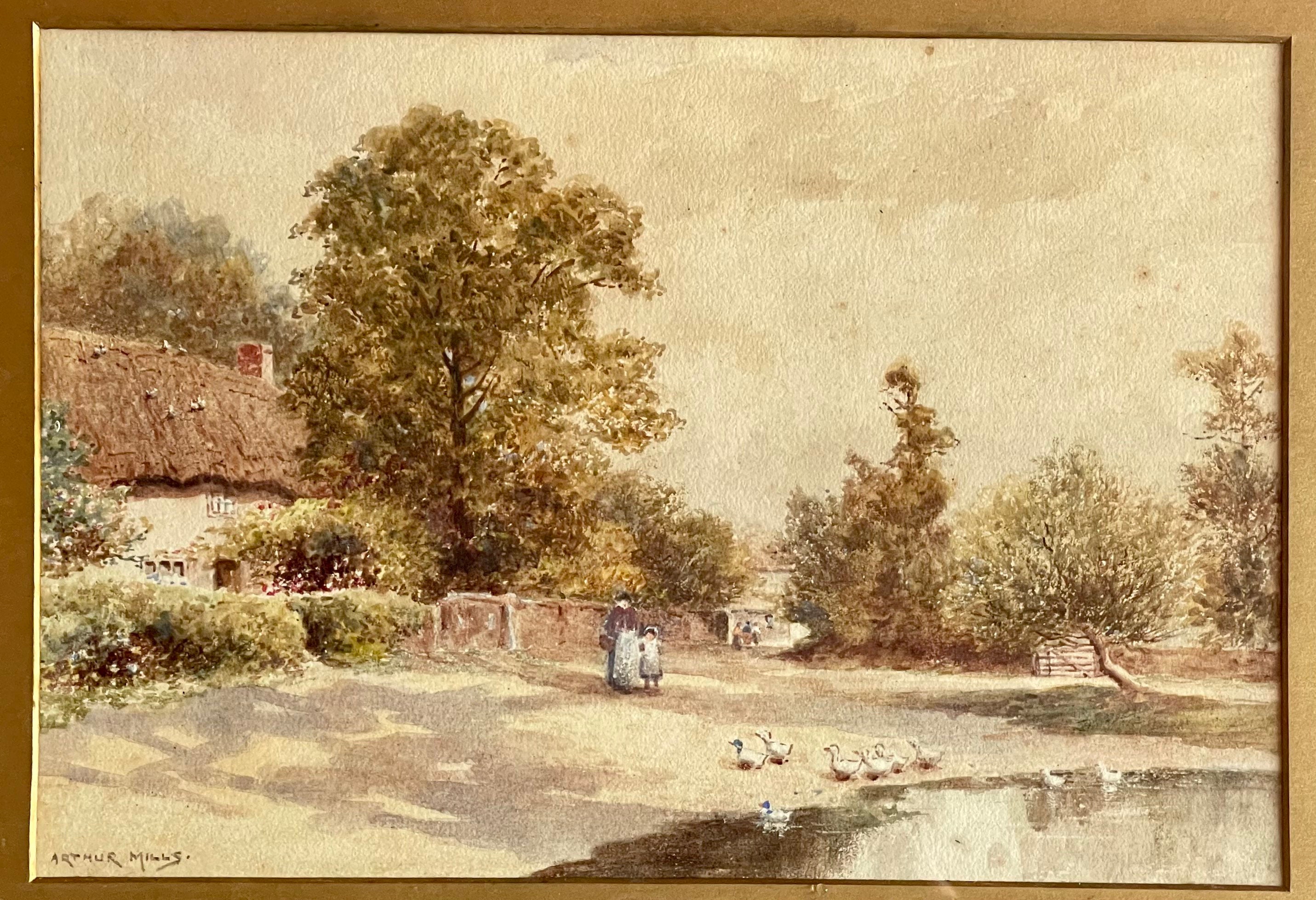 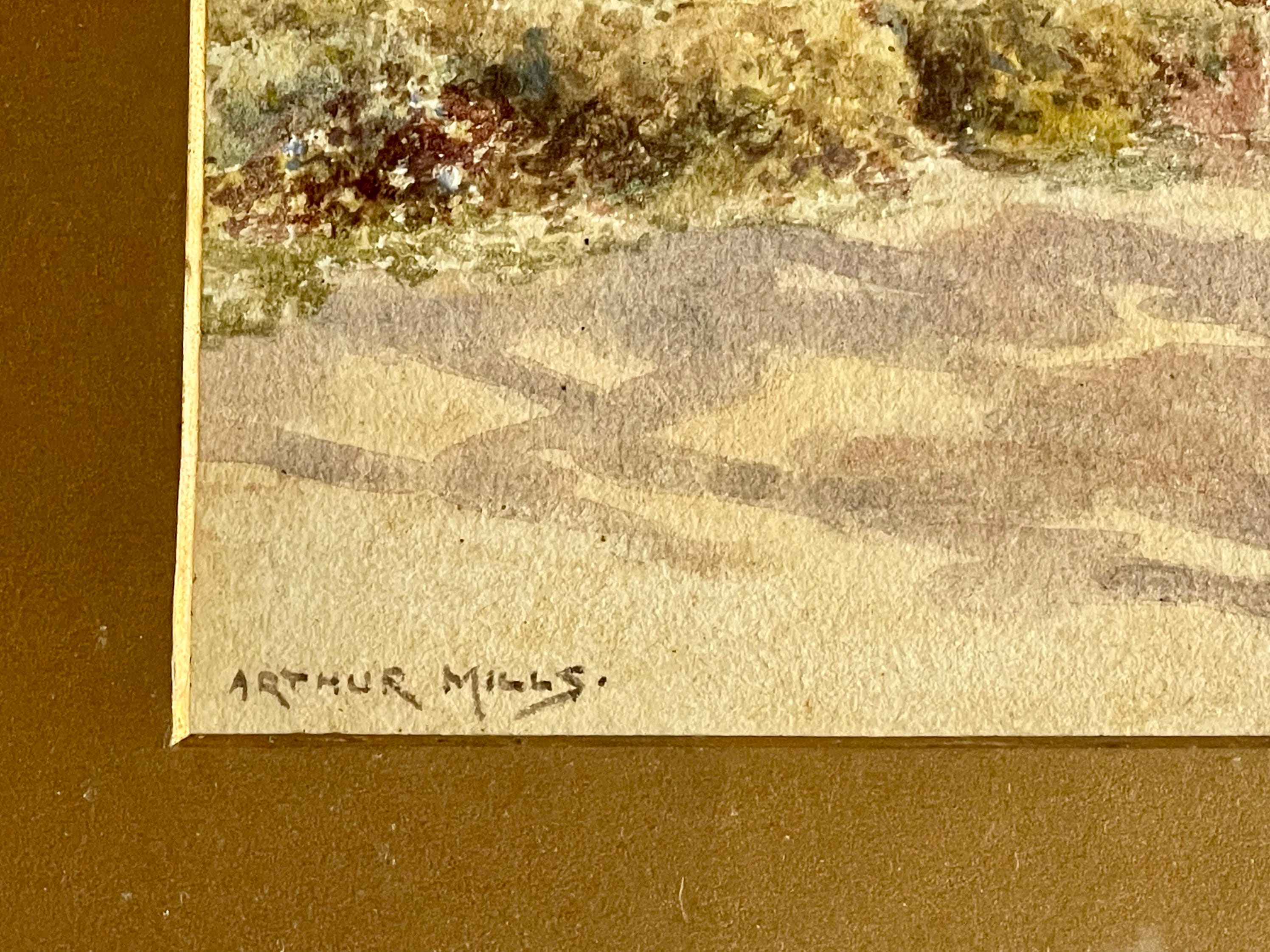 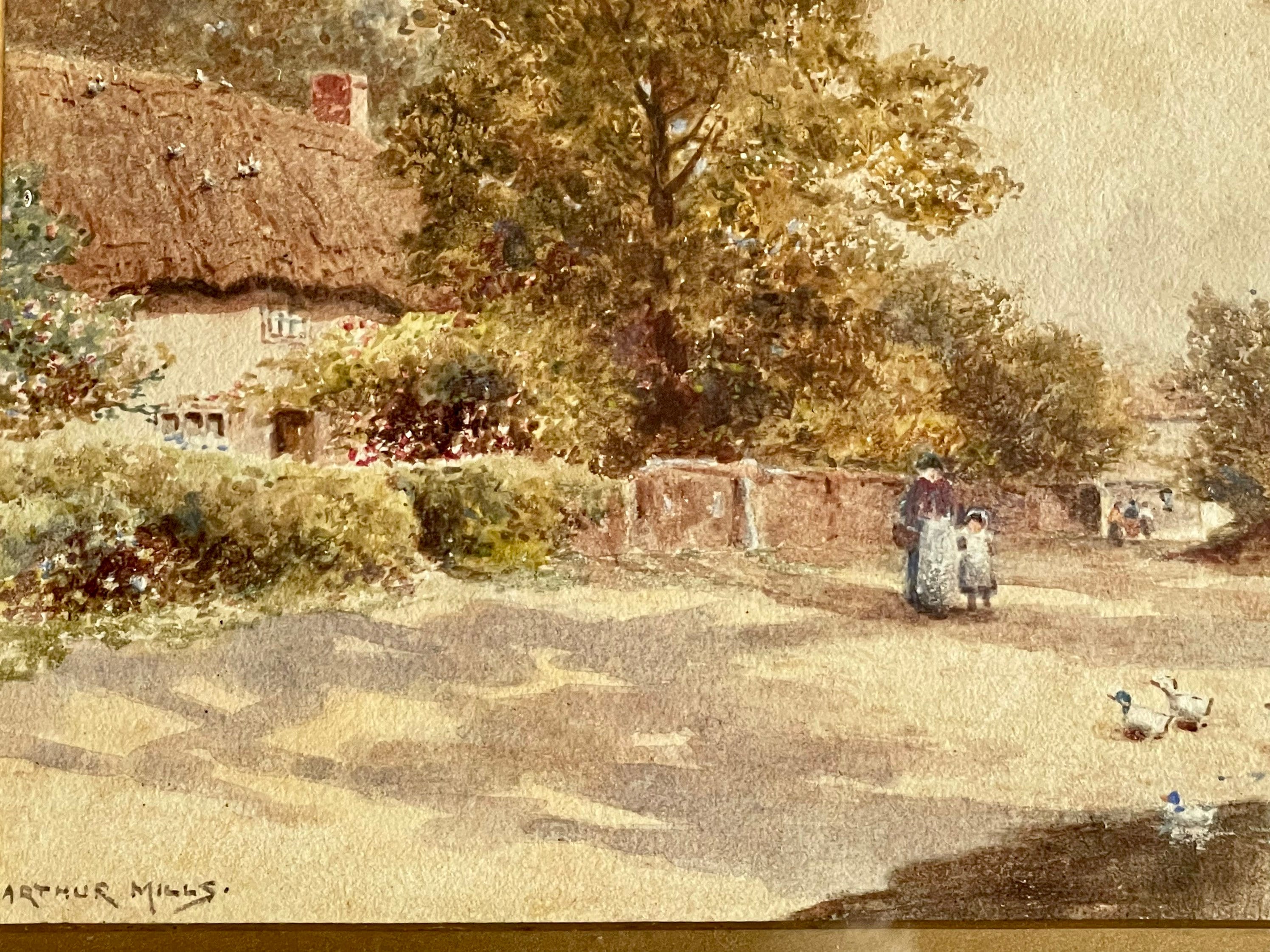 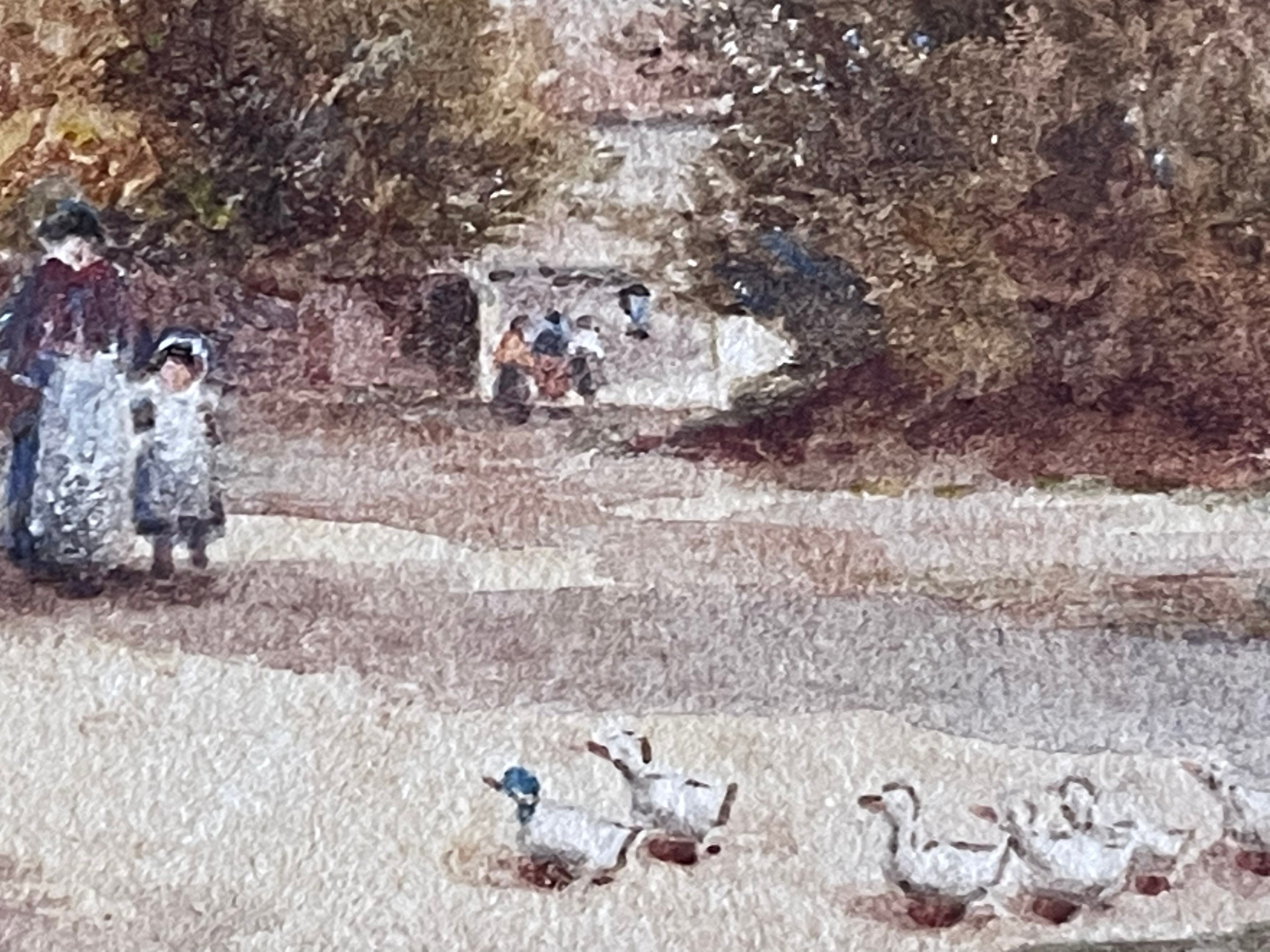 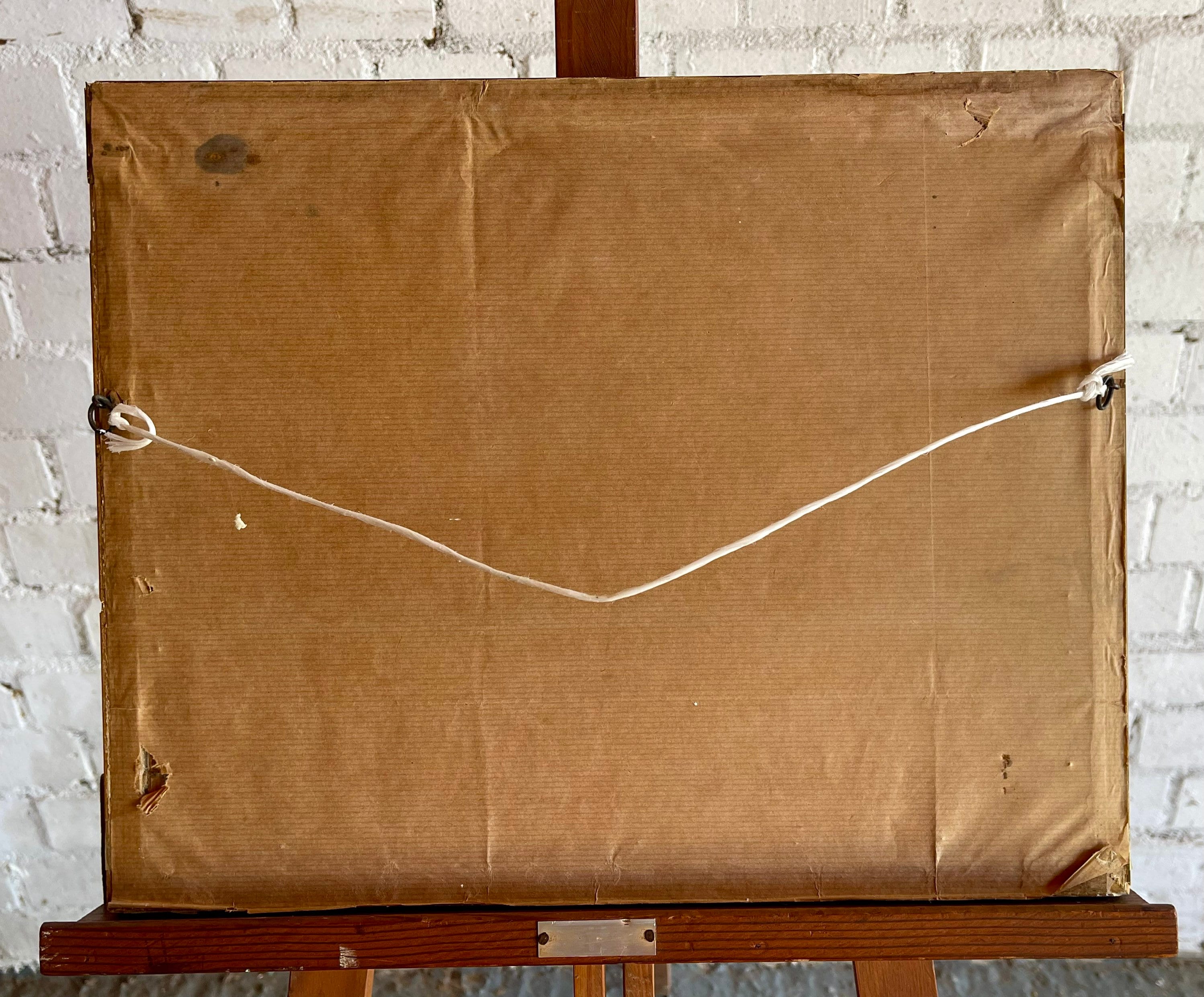 Arthur Wallis Mills, was born at Warbleton, Sussex on 21 October 1876, eldest child of Frederick Mills, a gamekeeper, and his wife Sarah née Nettley, who married at Thakenham, Sussex in 1875. In 1881, a 4 year old, living at Upper Barpham, Angmering, East Preston, Sussex with his parents, 29 year old Frederick and 33 year old Sarah with two siblings, Jane 2 and newly born Frederick. Educated at Bedford School and in 1901, a 24 year old ‘art student’, lodging at 131 Gordon Road, Ealing, Middlesex. He married at Kensington, London in the same year, Ethel Maud Greig. In 1911, a 34 year old ‘artist painter’, living at 10 Mount Avenue, Ealing with his 36 year old wife Ethel, who was born in India on 6 November 1874, and their 9 year old daughter Laura Campbell Wallis Mills. As well as traditional art forms, Mills also produced artwork and occasional cartoons for ‘Punch’, ‘The Strand Magazine’, ‘The Humourist’, ‘The Black and White Illustrated Budget’ and ‘The Royal Magazine’ as well as for ‘The Wanganui Chronicle’ in New Zealand. He has also illustrated the 1908 edition of ‘The Novels of Jane Austen’ and George Borrow’s ‘The Zincali’ and others. In 1939, an ‘artist in black & white’, giving his date of birth as 21 October 1876, living at Green Lane House, Gedgrave Road, Orford, Suffolk with his wife Ethel Maud, who was incapacitated and their unmarried daughter Laura, who was born on 16 March 1902. Arthur was of Green Lane House, Orford, Suffolk when he died at 63 St James Street, Westminster, London on 5 April 1940, aged 63. His name was often abbreviated to A. Wallis-Mills, as well as A. W. Mills.