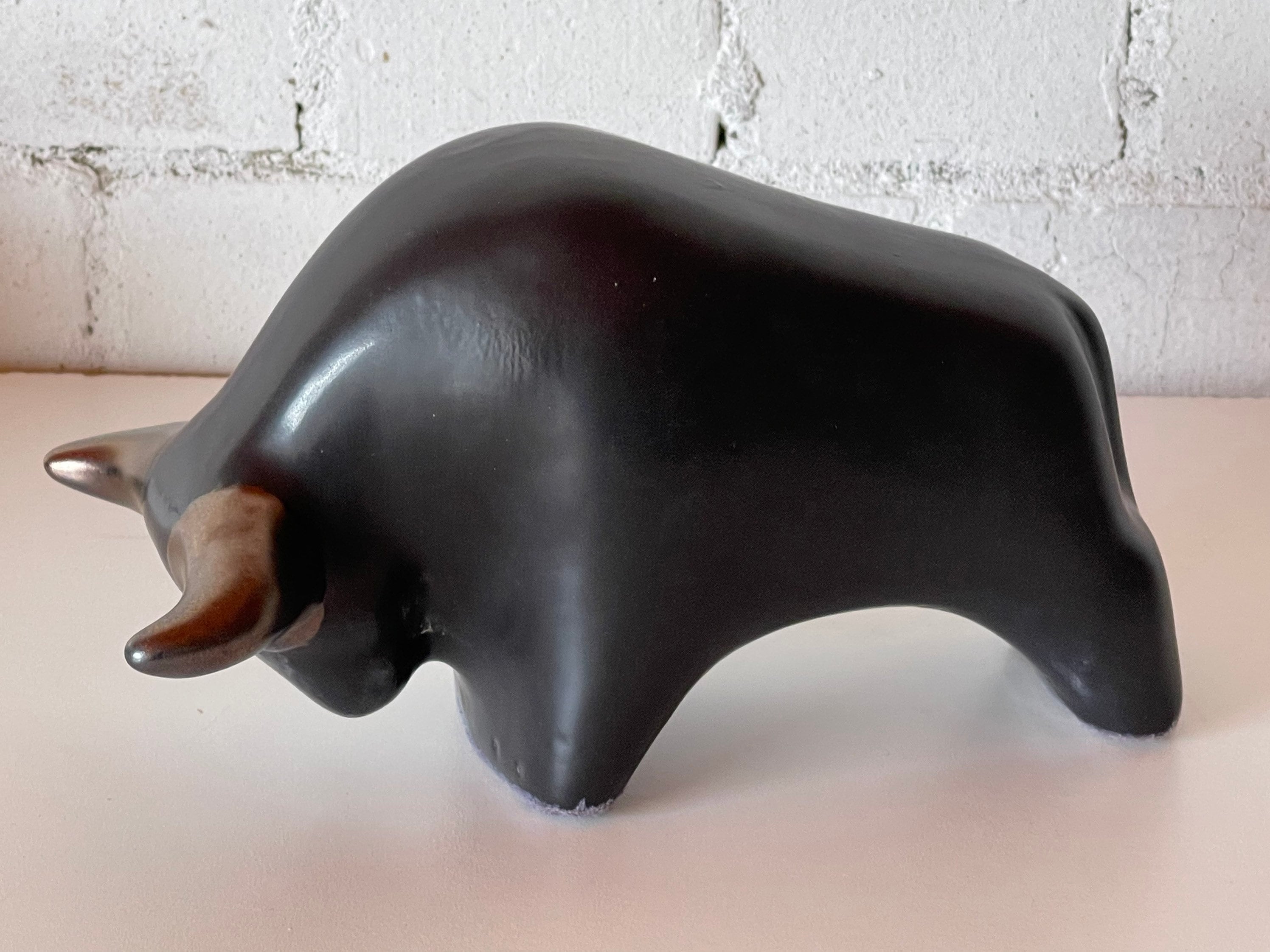 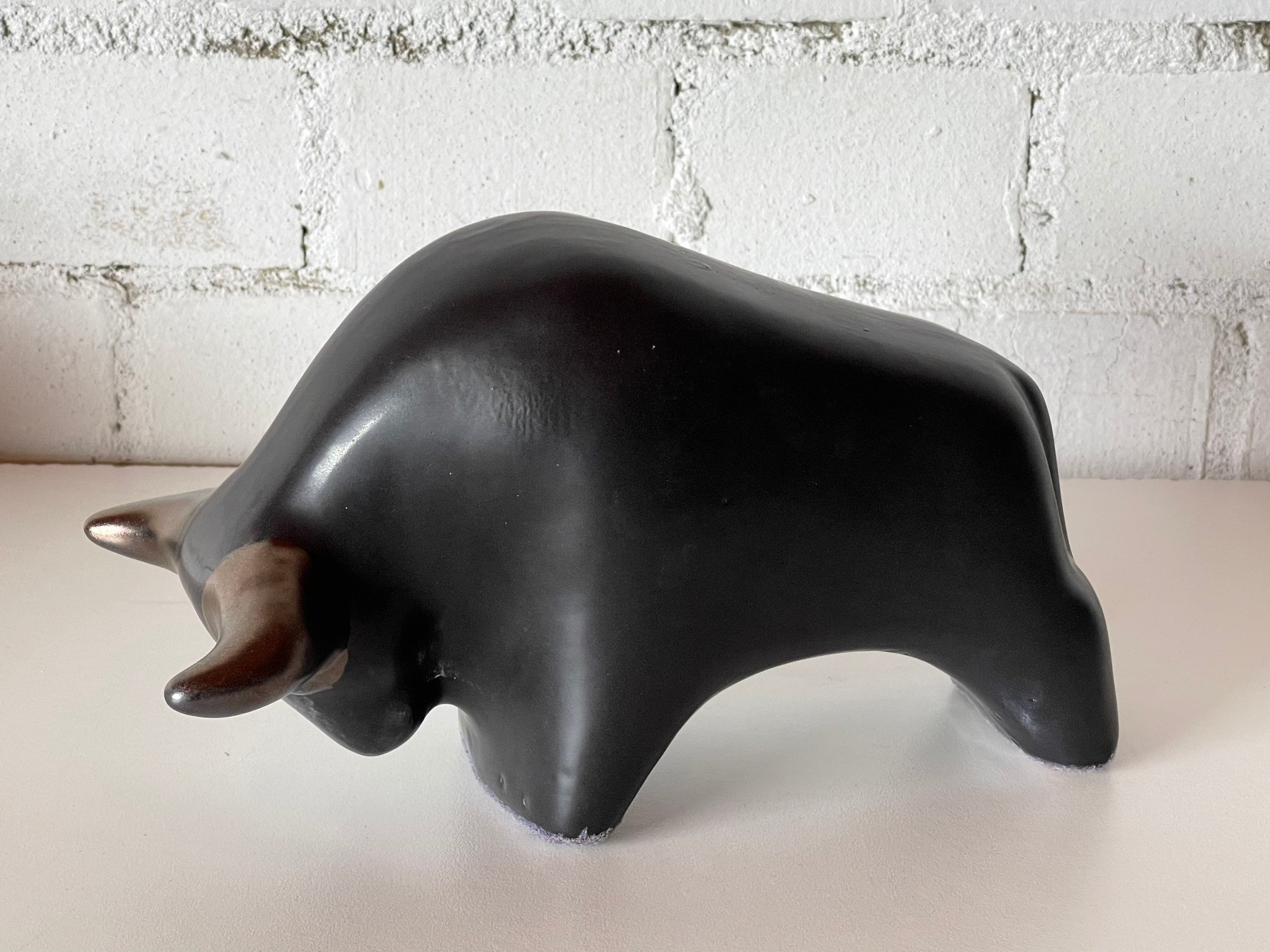 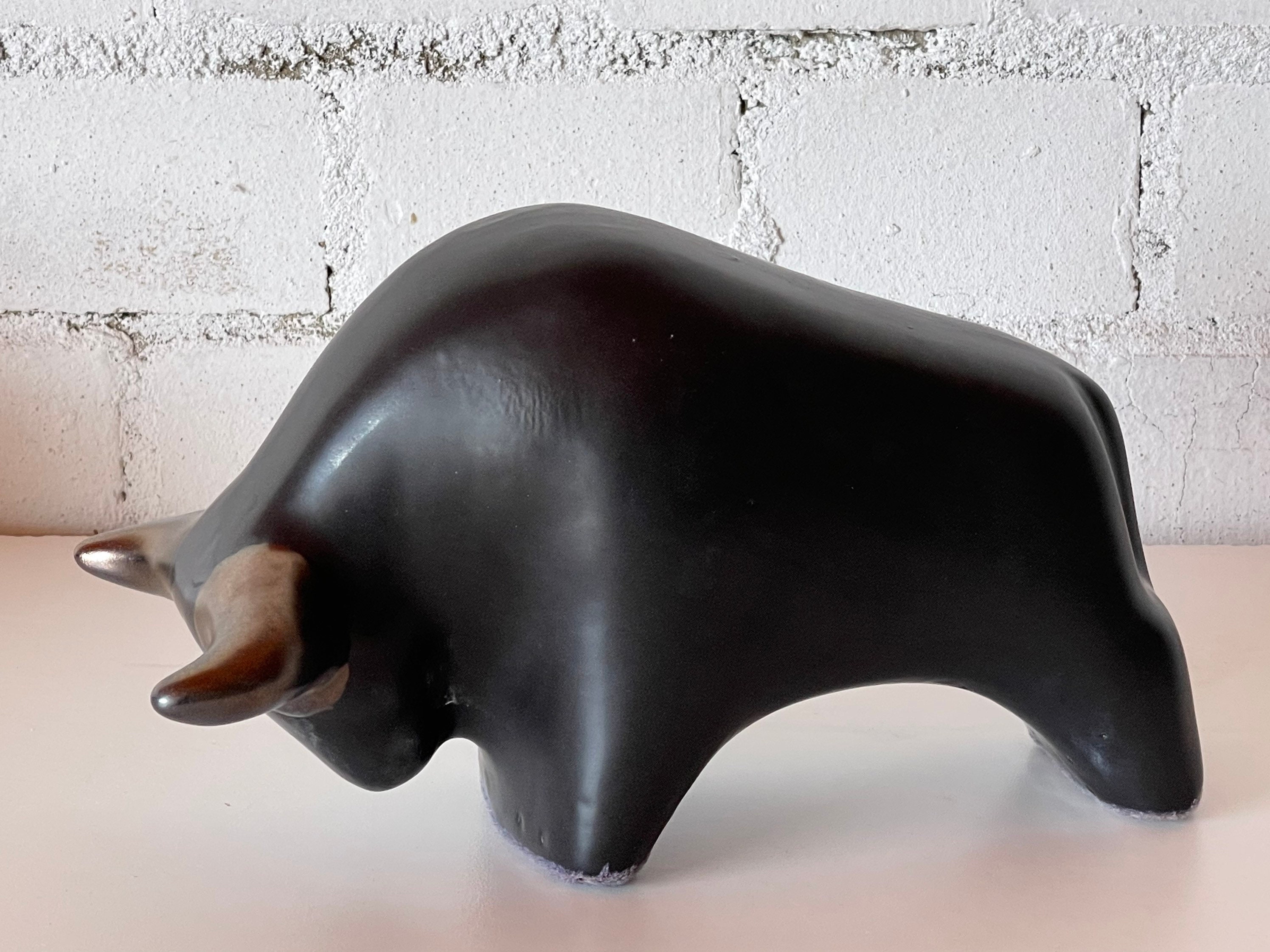 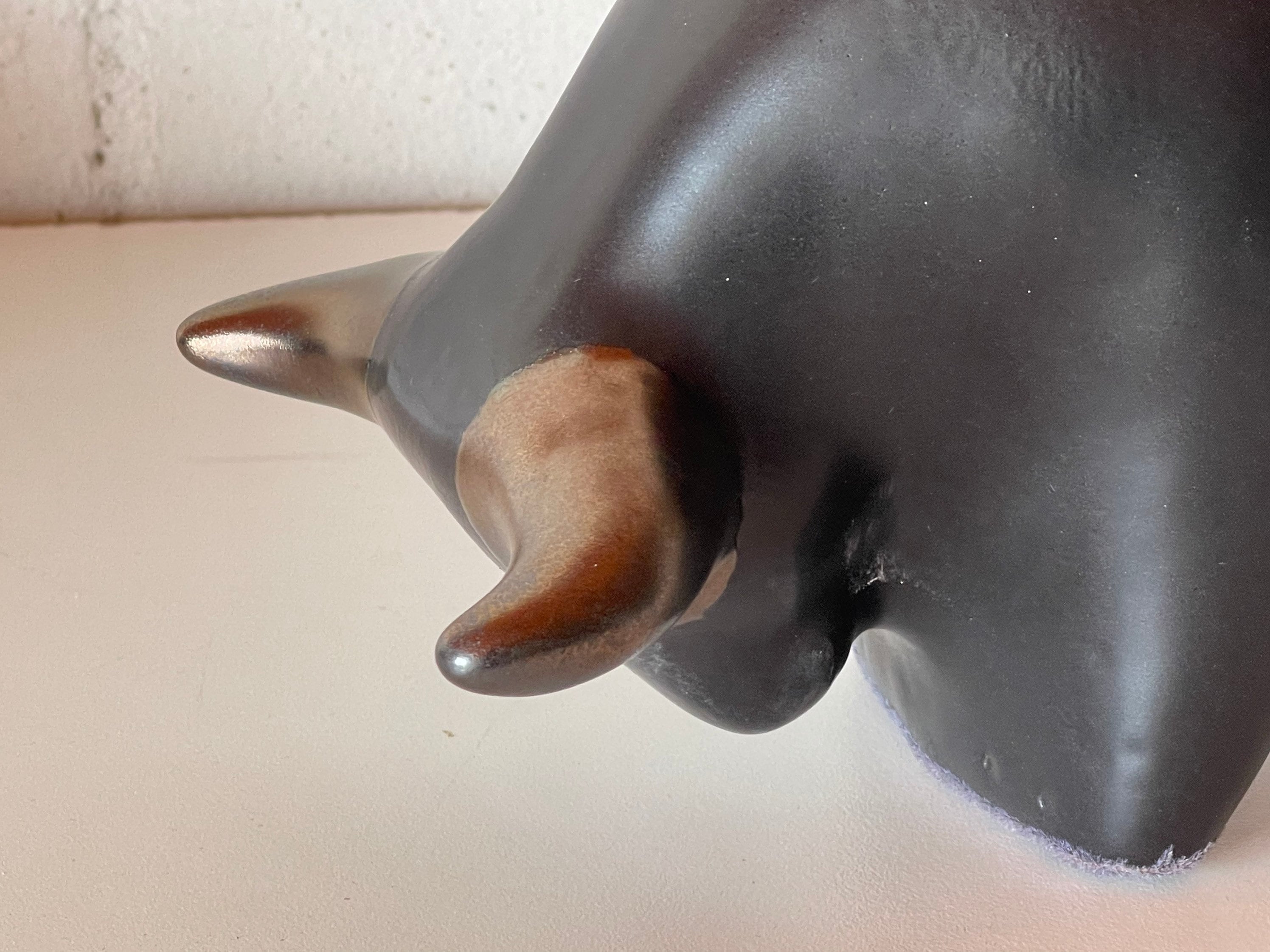 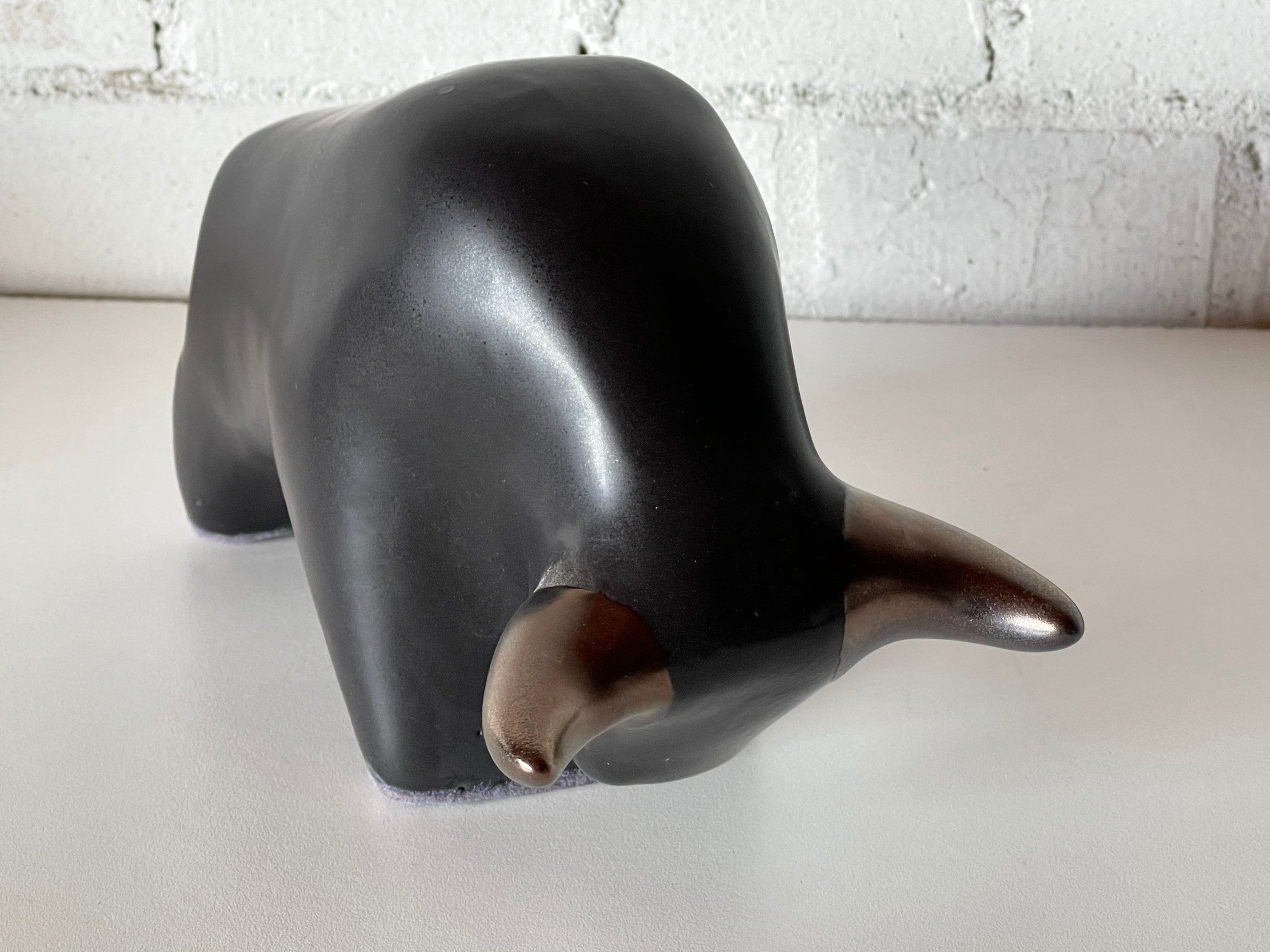 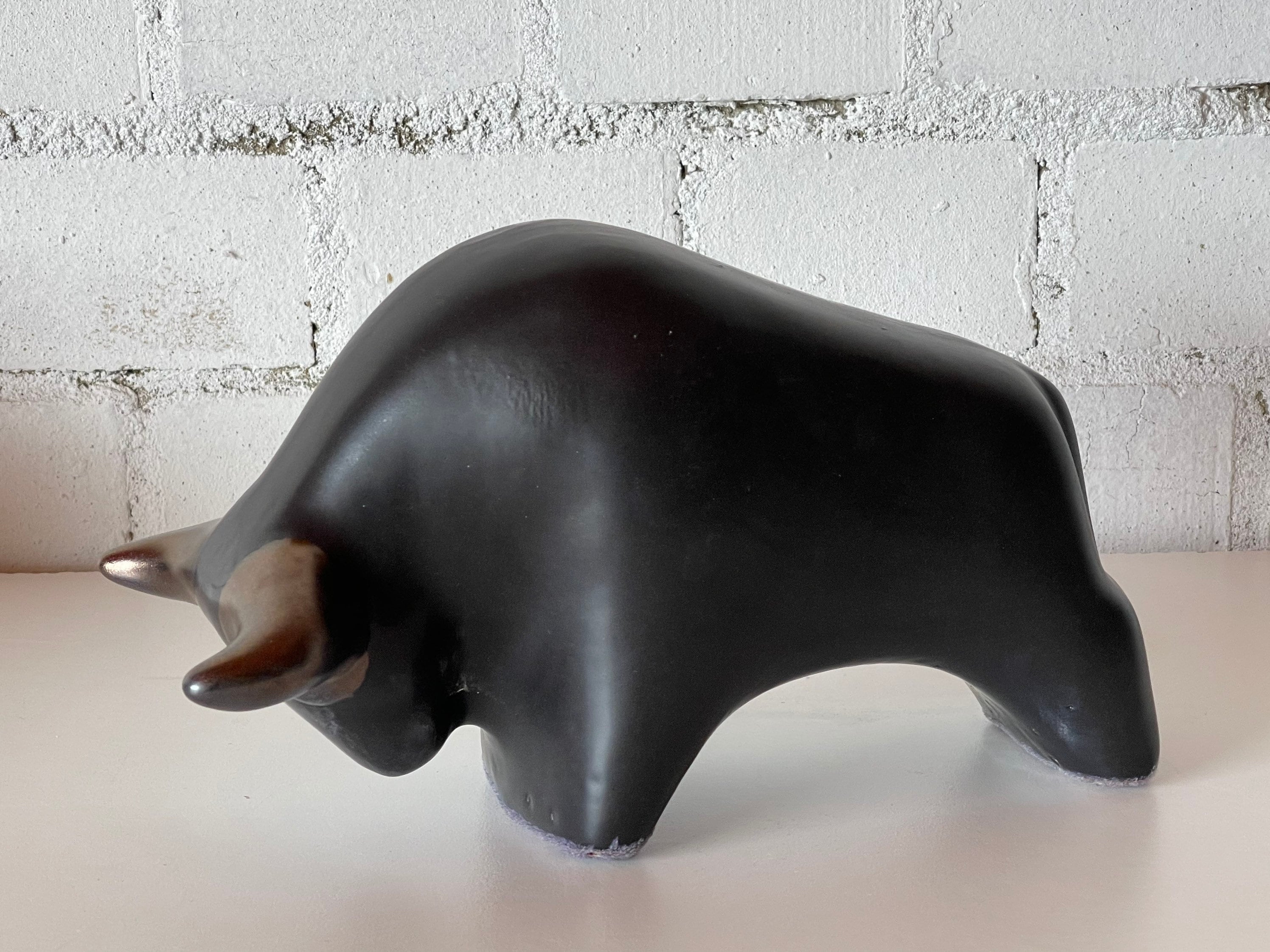 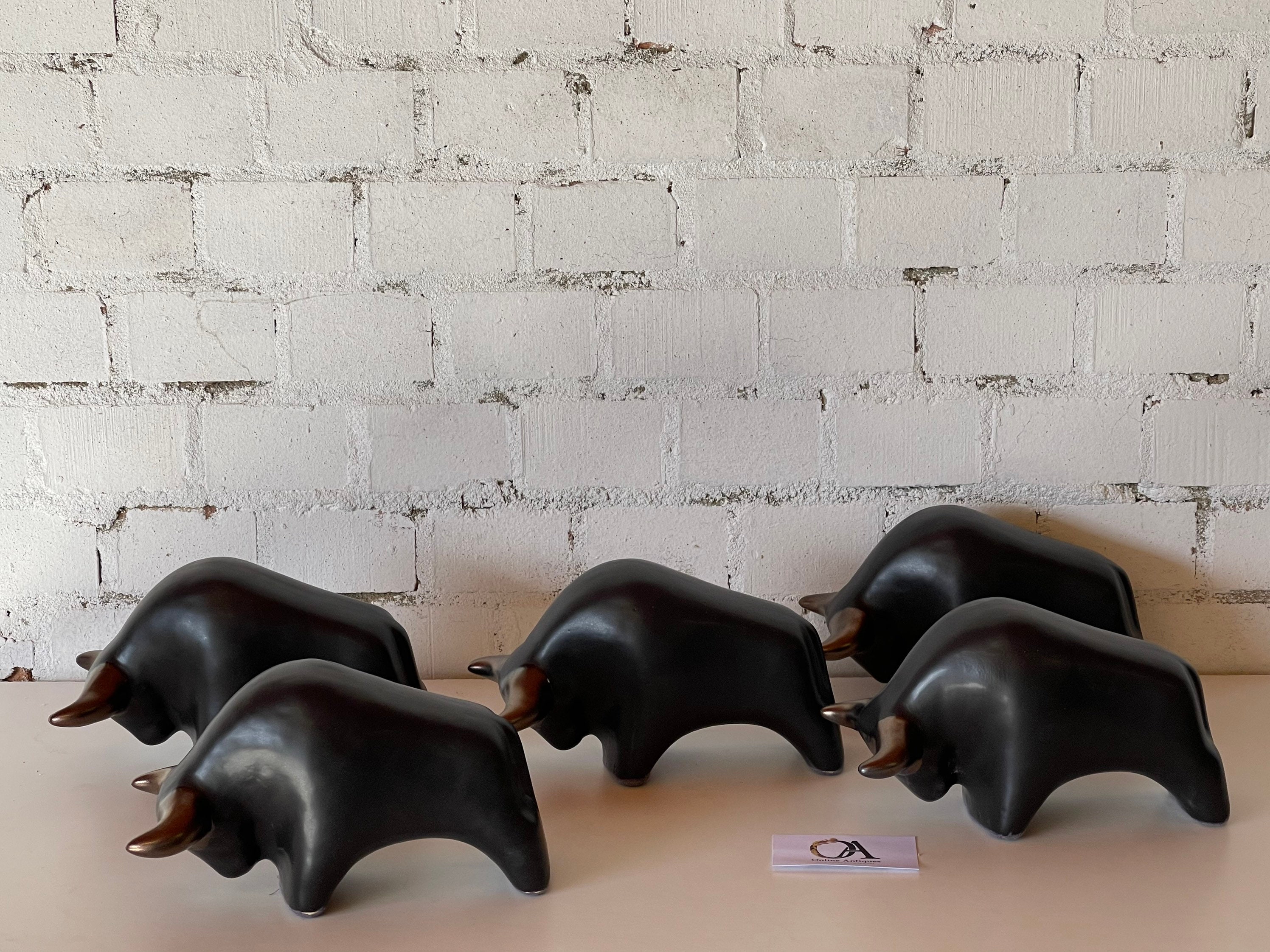 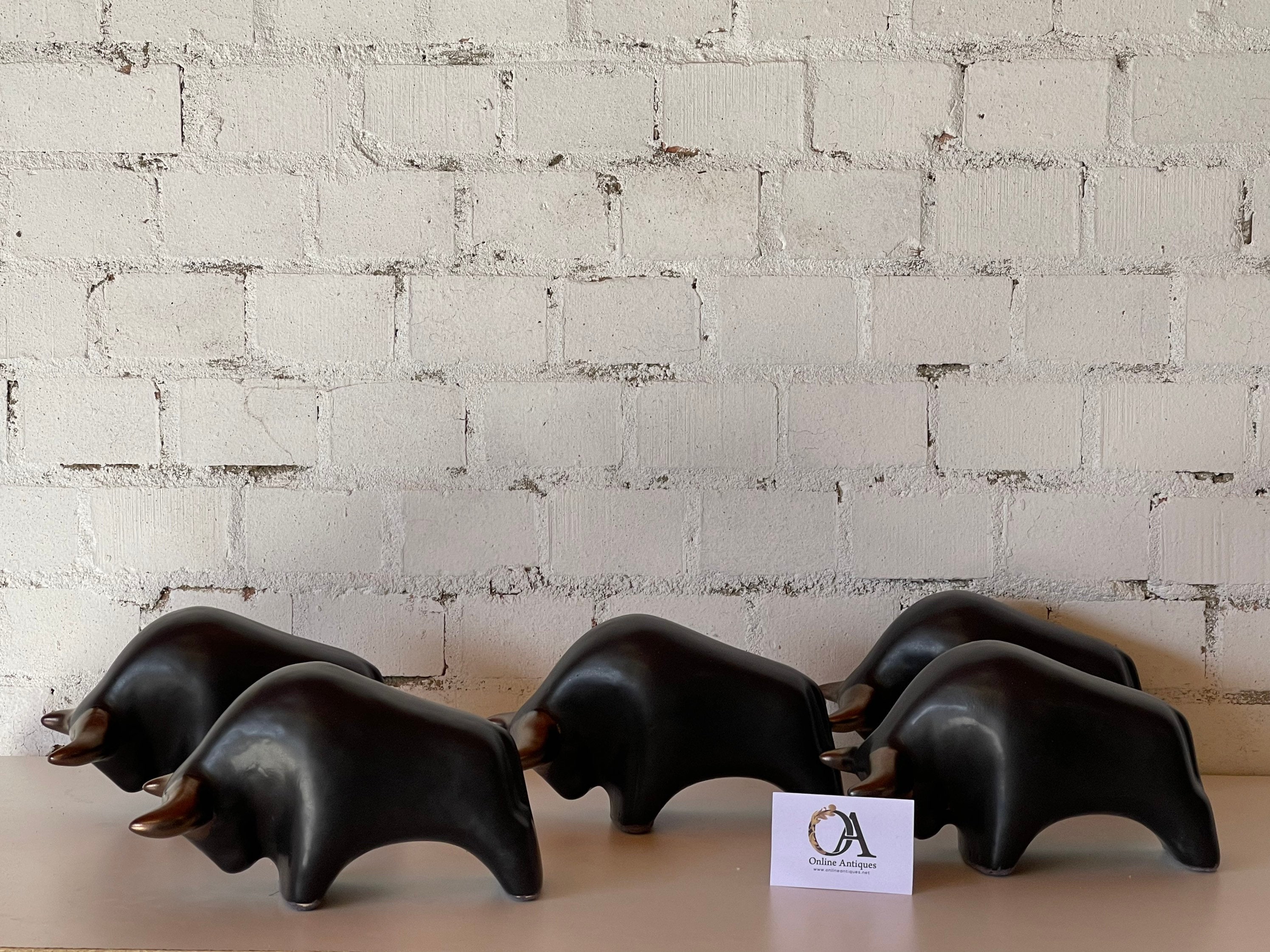 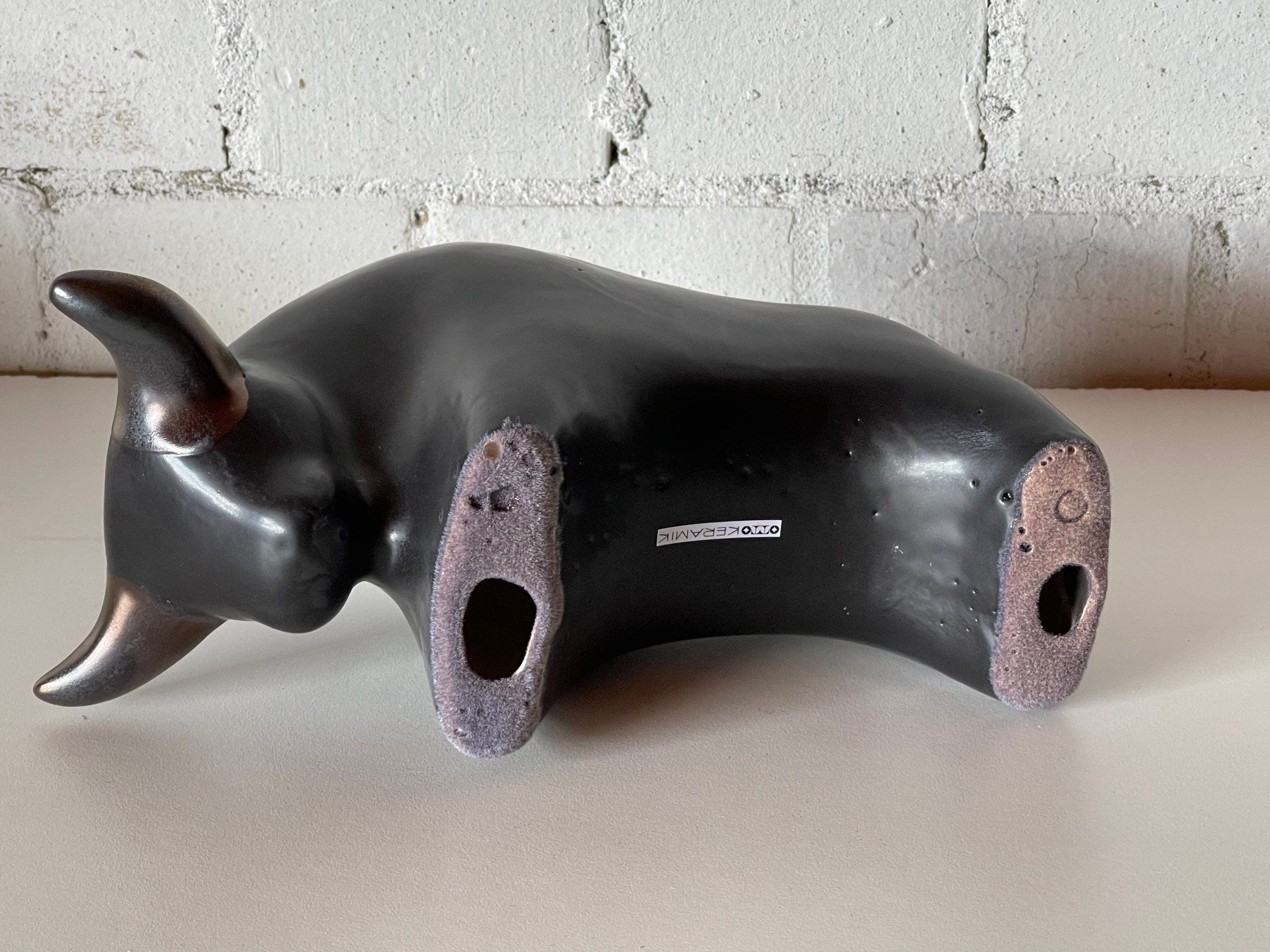 
Their designs are all slightly different so that is why I have shared photos of the five in a couple of the photos.


This design has a gold colour pattern to their horns running


They measure approx 23-24cm in length


Will be sent via Royal Mail Signed for service

Otto
1964-Present
Founded by Otto Gerharz (who had been the arts director at Ruscha since 1951) in 1964 in Rheinbach. Otto Gerharz was extremely interested in the chemistry of glazes for which he was obsessive and left Ruscha to set up a workshop at his house to research glazes.
He began to set up a company and moved to an industrial estate in 1970. All glazes until 1996 were produced by Otto. He worked with Kurt Tschorner (who had also worked at Ruscha) who produced the shapes (all until 1987).
This was a small company with a small group of employees (20 max) and therefore there was no mass production
In 1994 Otto’s son, also called Otto took over production. When Ruscha closed in 1996 Otto took over some of their old designs.