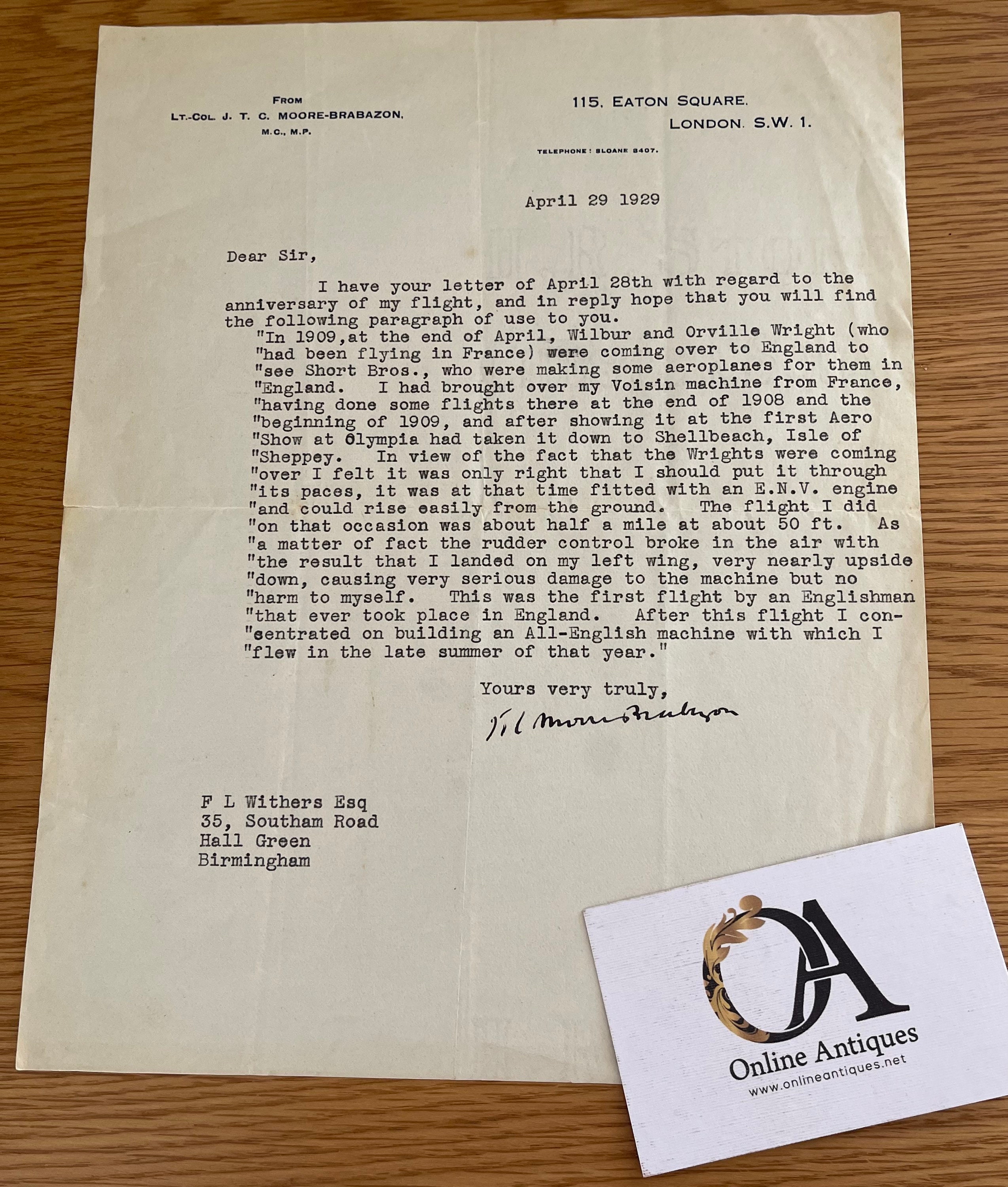 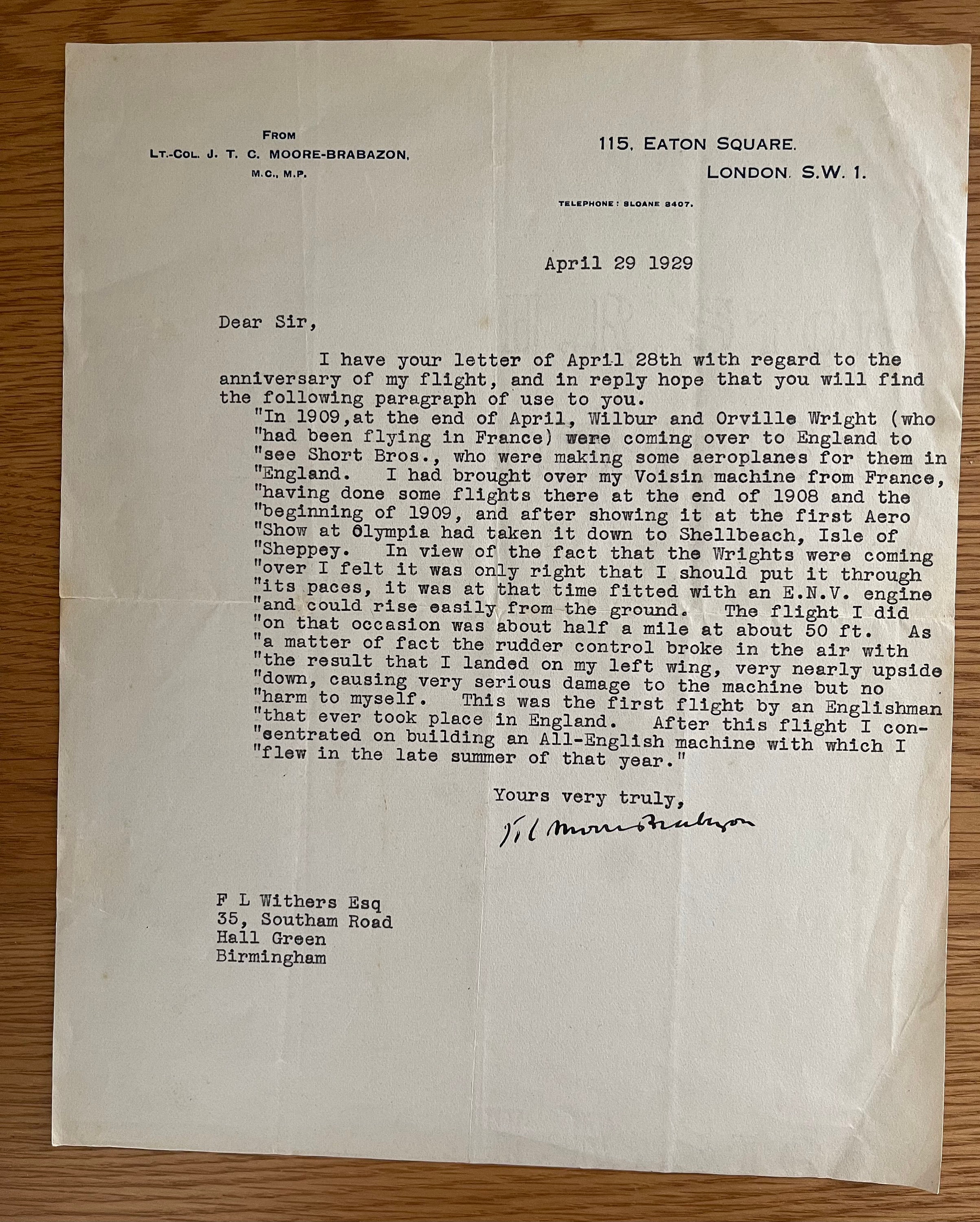 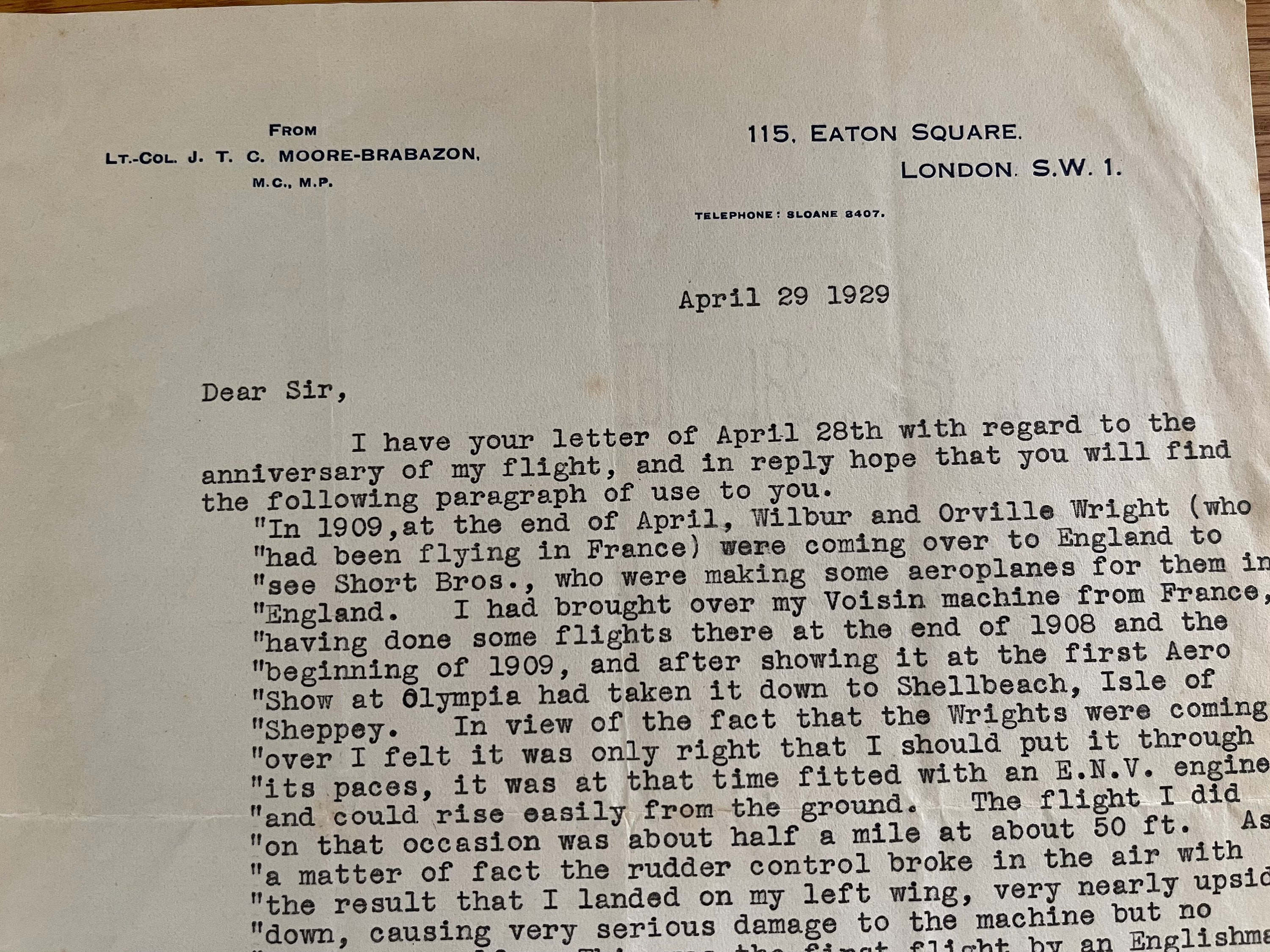 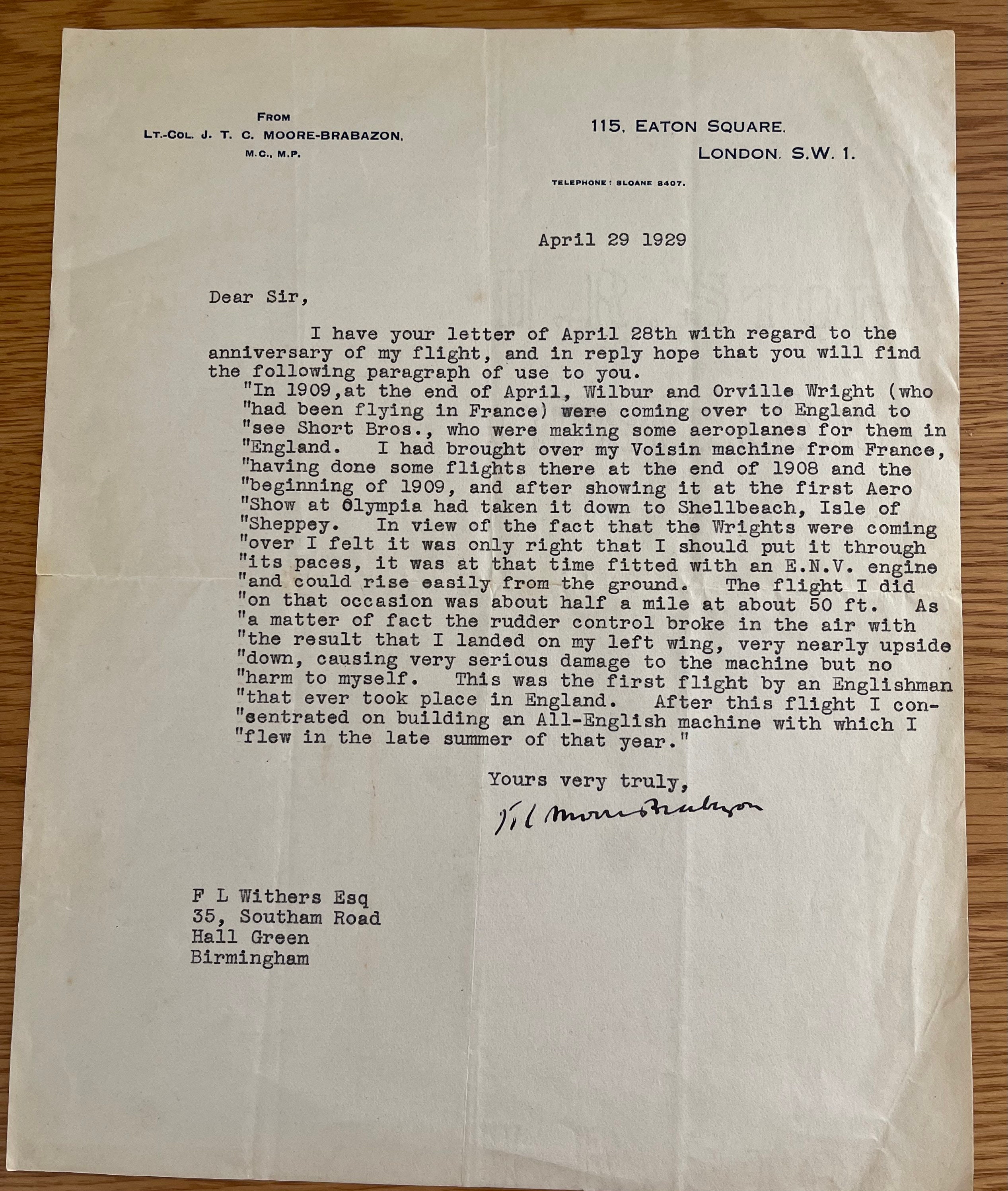 
It’s dated April 29th 1929 when he was the LT Col. J T C Moore- Brabazon M.C., M.P And refers to a paragraph with regards to Wilbur & Orville Wright and their imminent visit to Short Bros., and his flight in 1909 which was the first flight by an Englishman that ever took place in England and nearly ended in disaster.