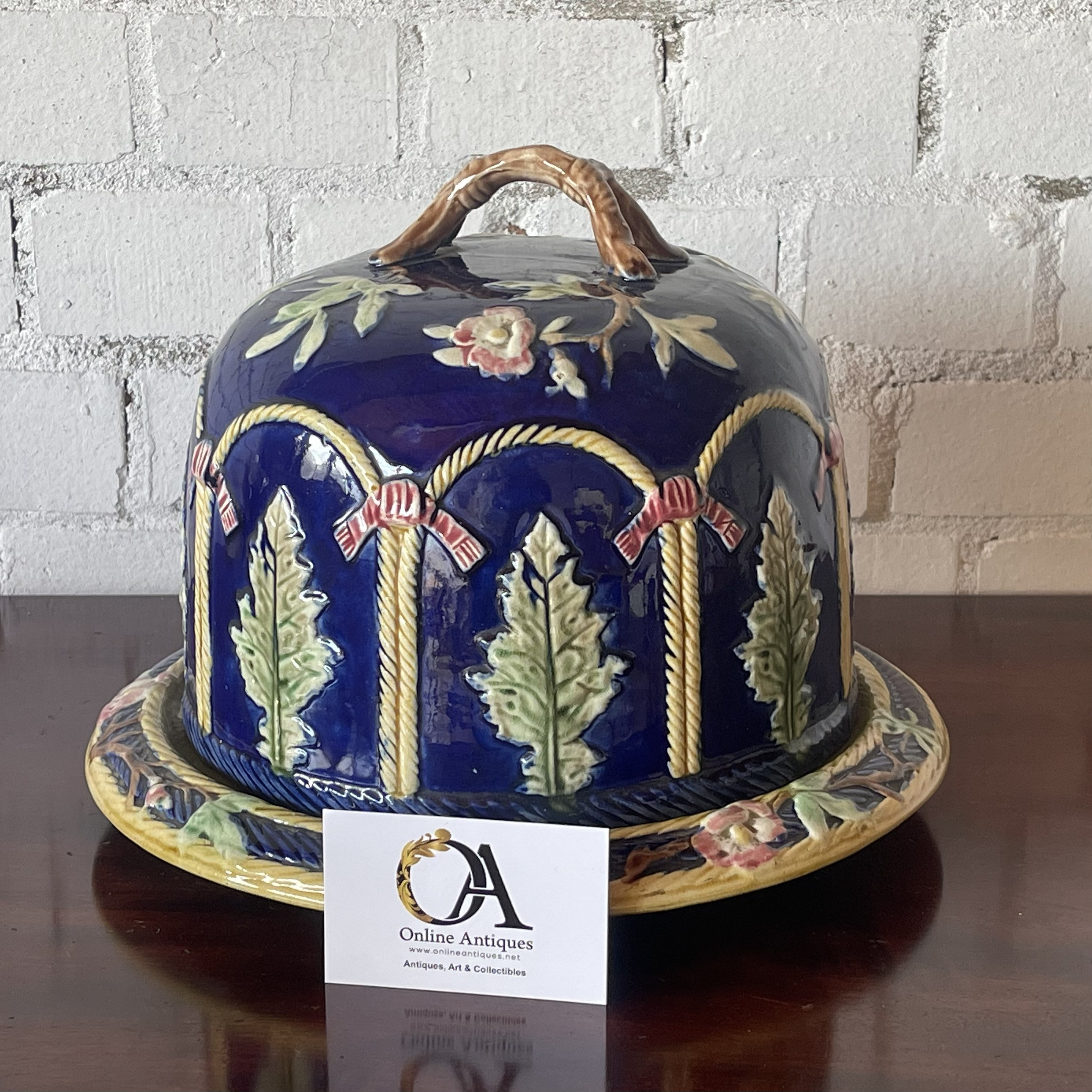 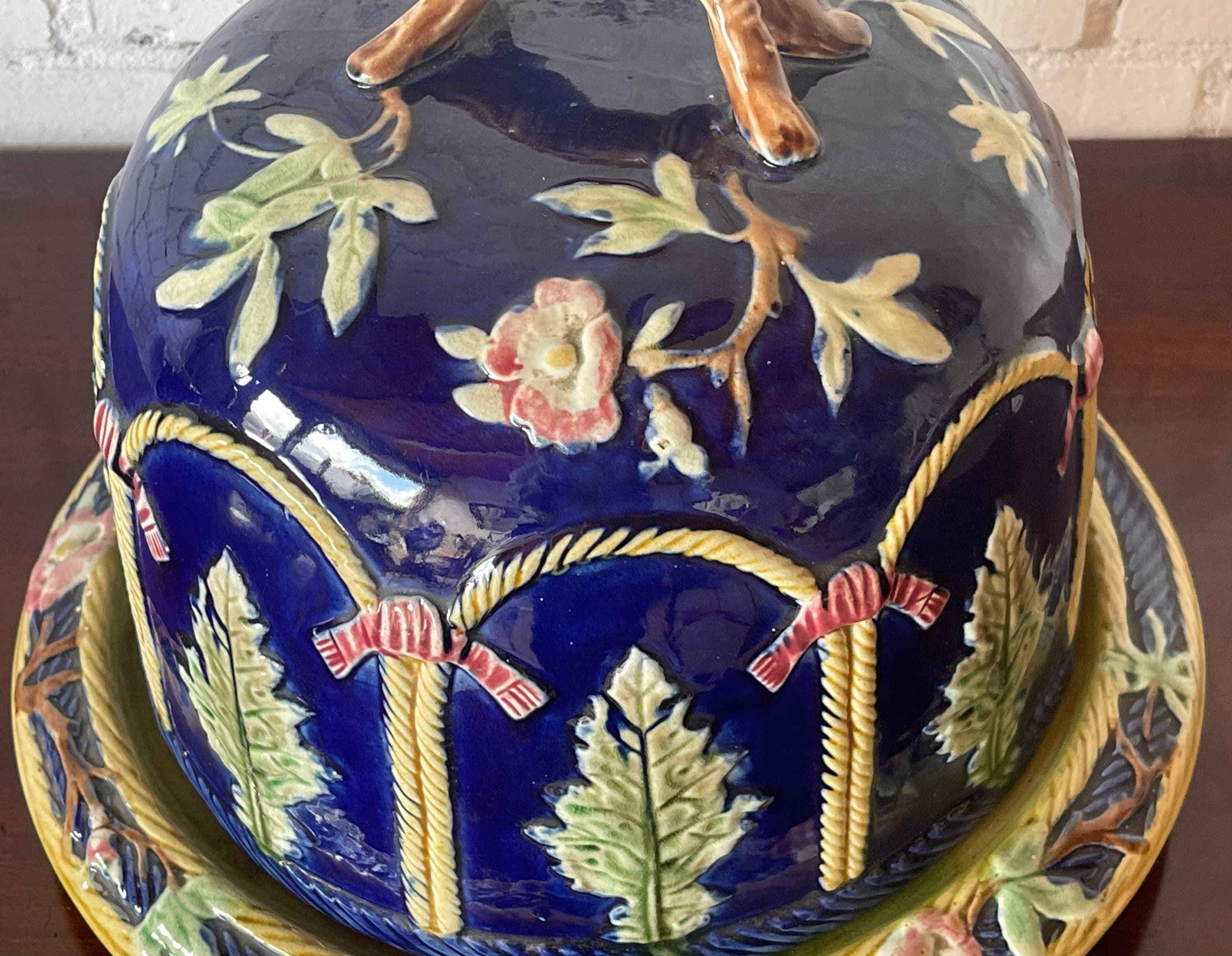 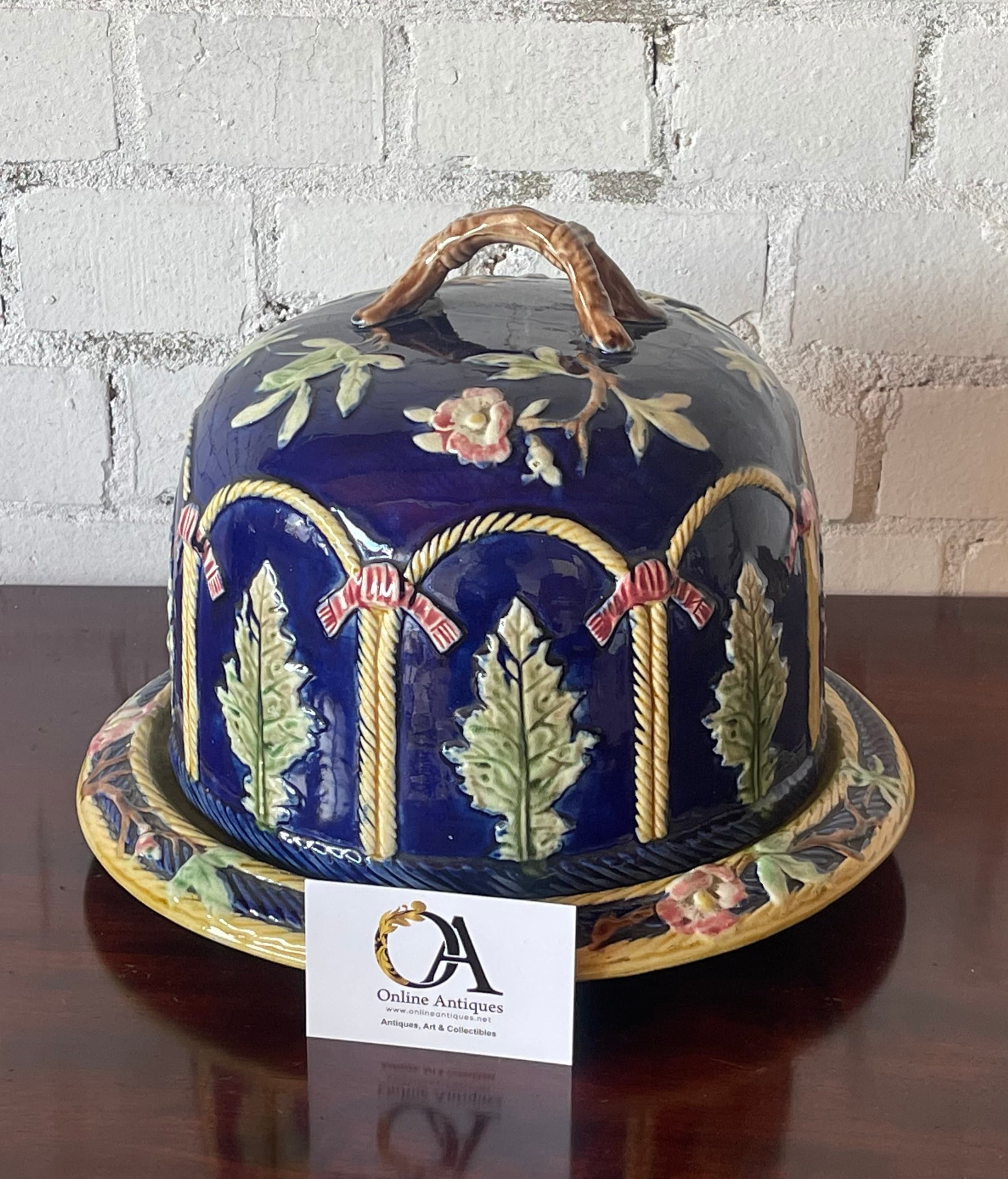 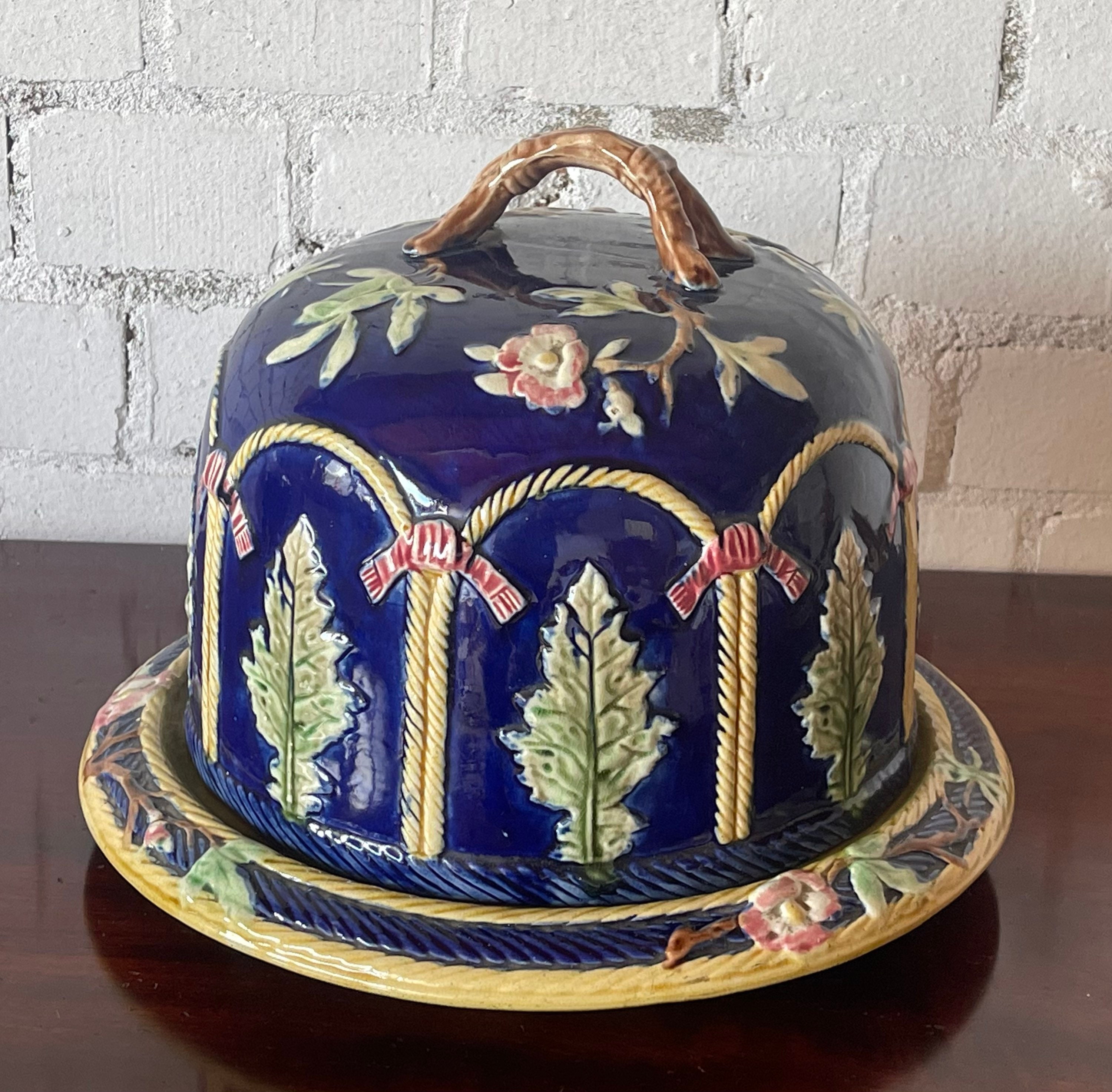 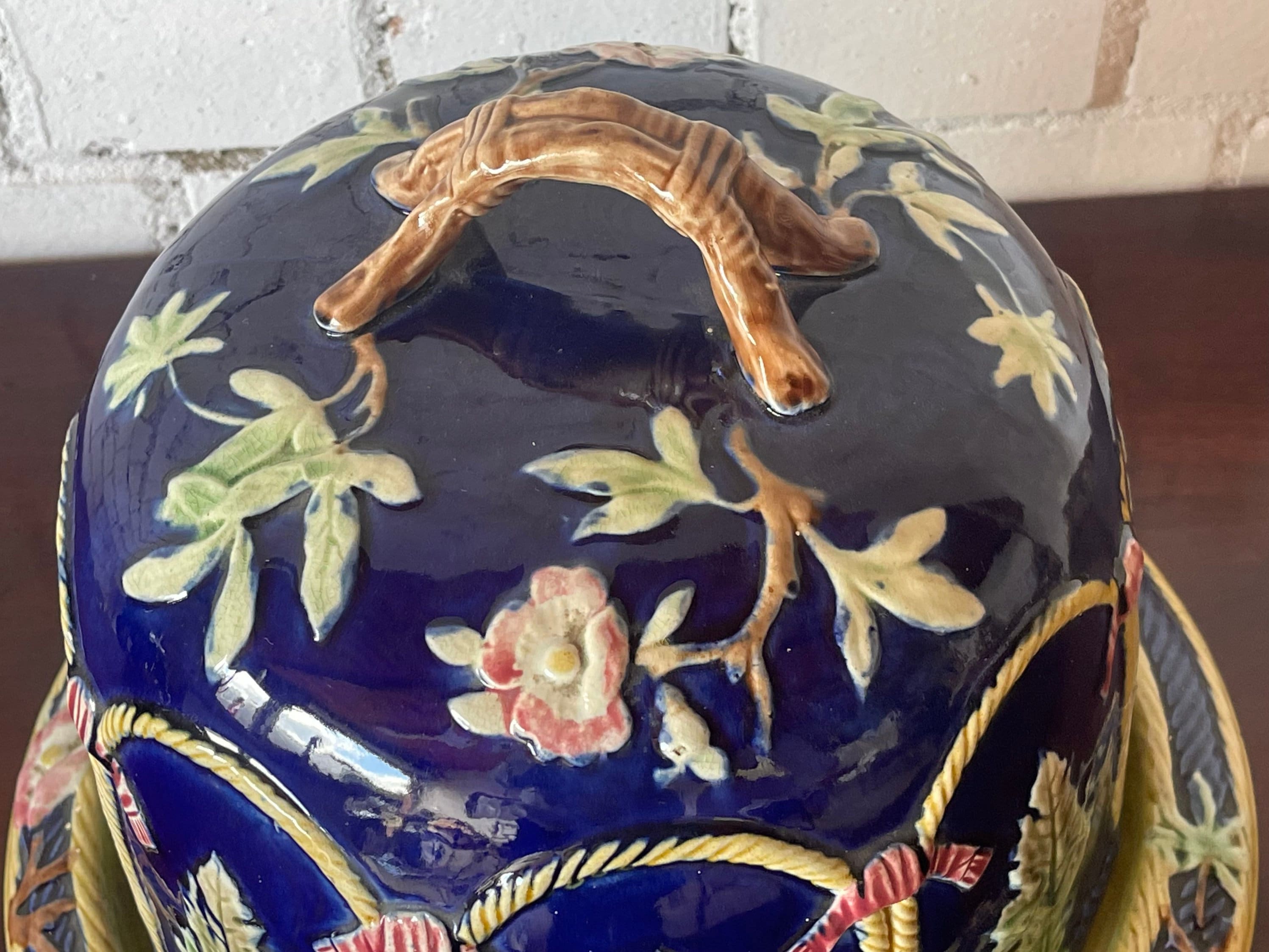 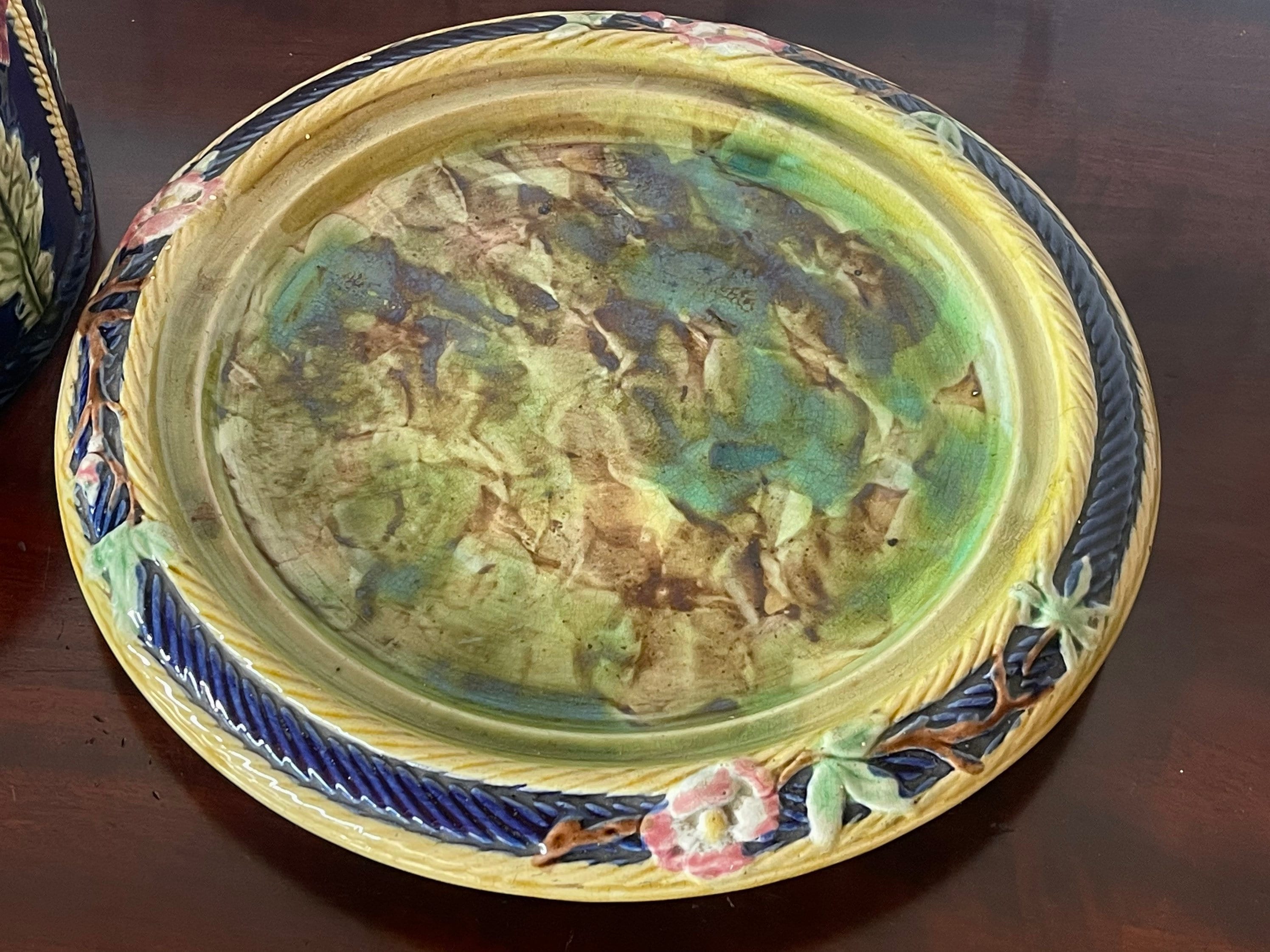 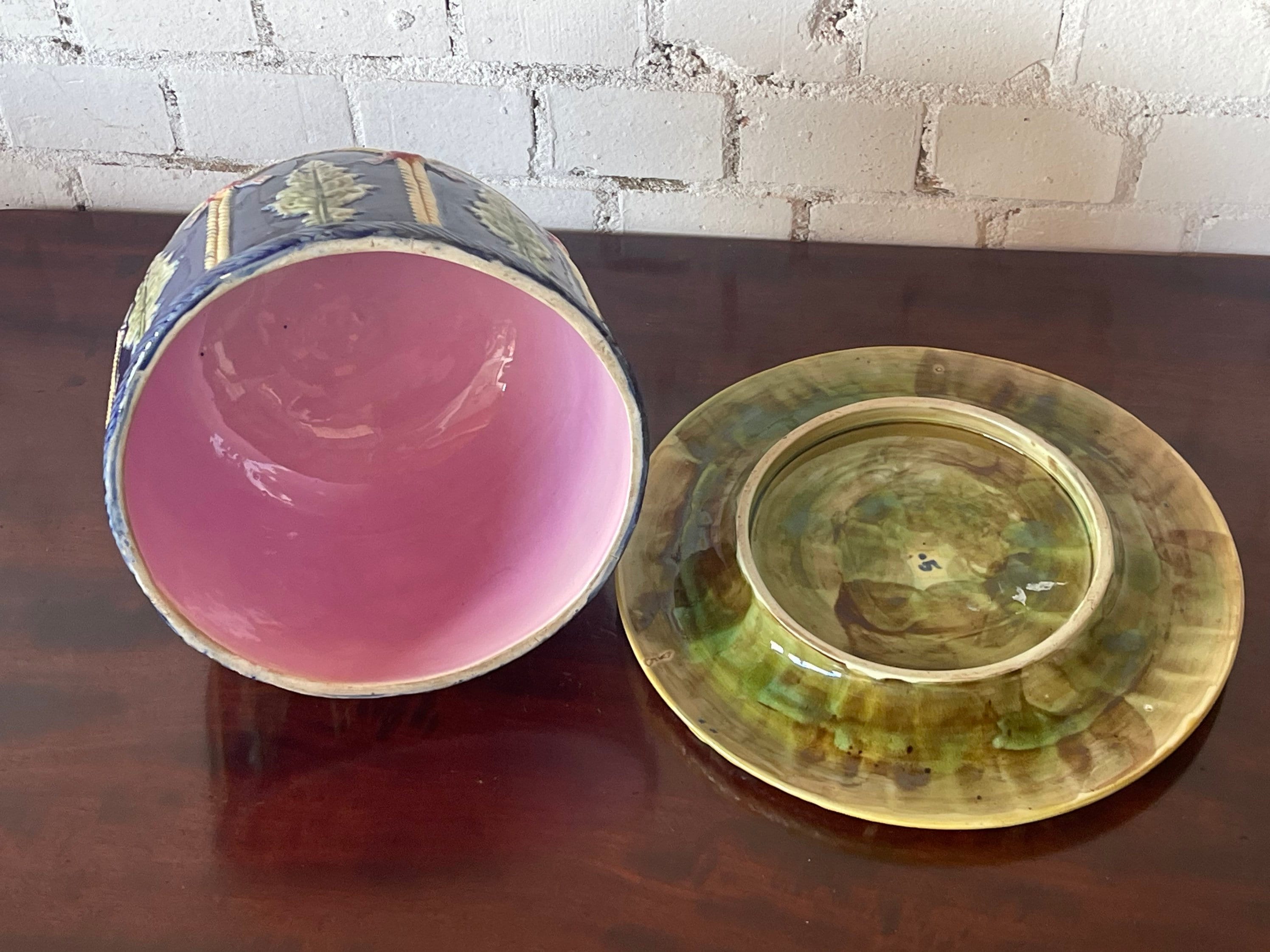 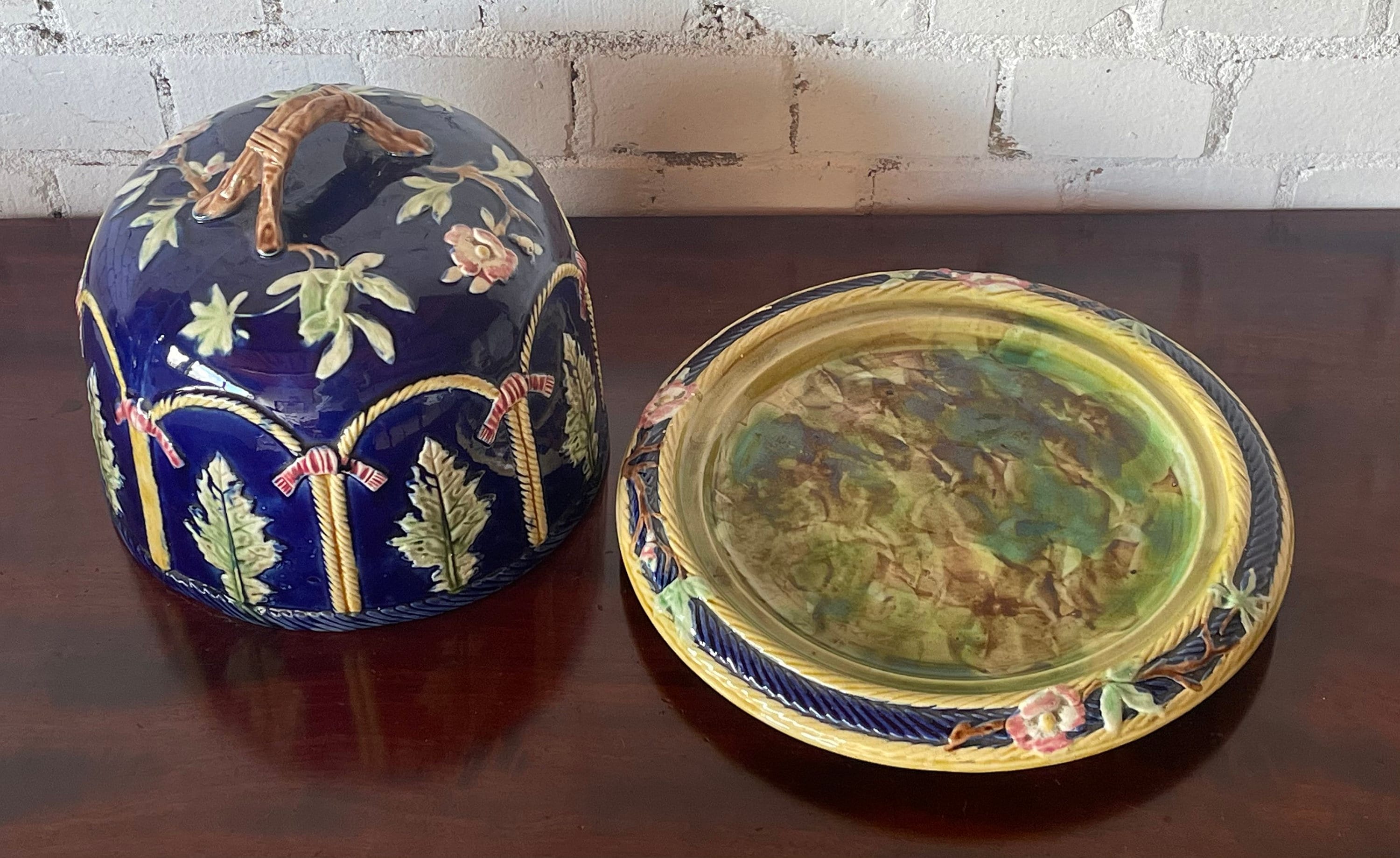 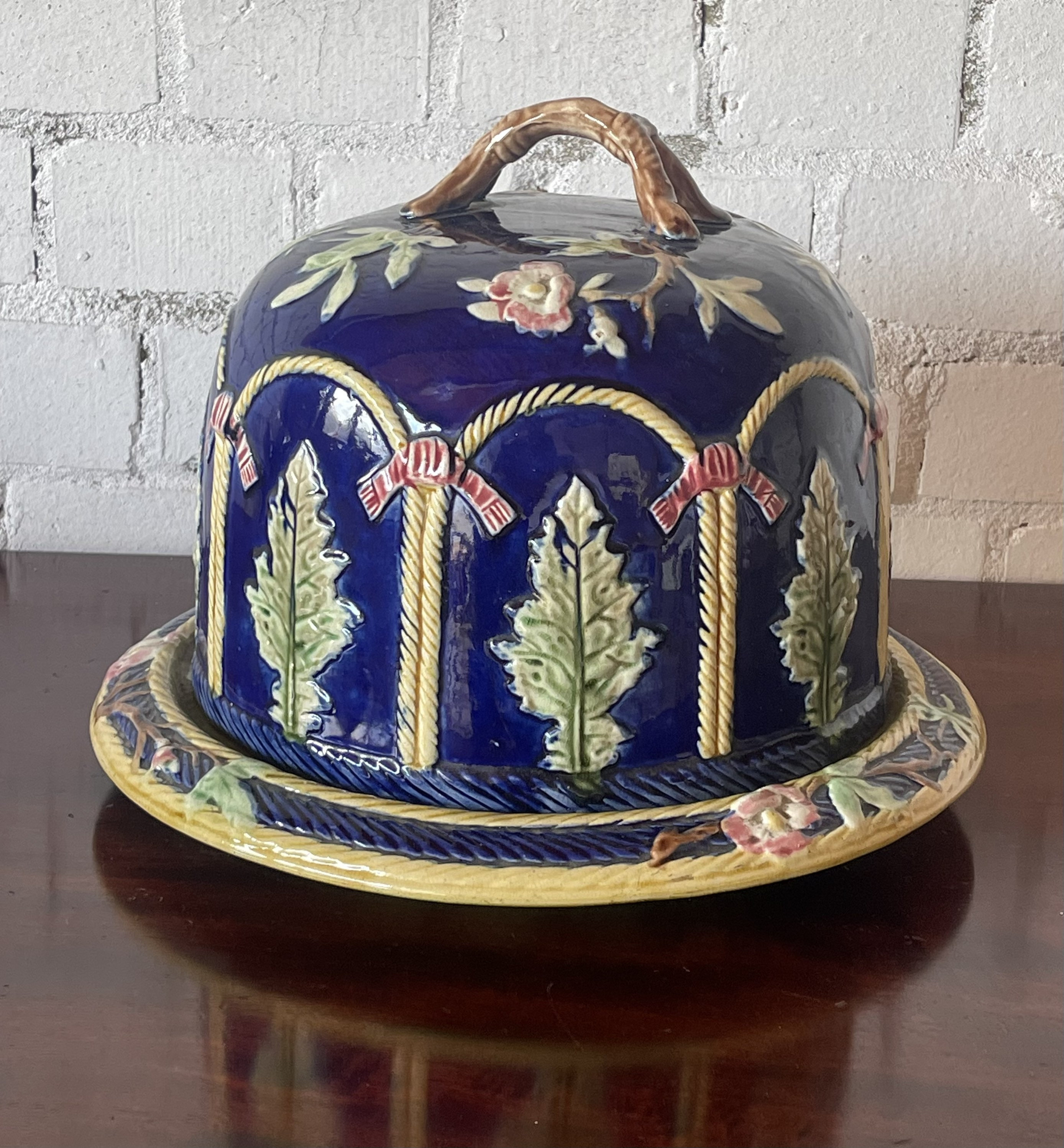 
The base has a marbled effect with moulded double rope effect decoration around the rim.


The bell has similar rope effect rim and arches around the walls with pink ribbons and with detailed yellow and green leaves in each one.


The top has pink flowers and foliage and a brown branch effect handle.


The main ground is also marbled green and brown and inside is a deep green.


Unmarked, a known and well documented model of Forester’s


Additional information on the history of Thomas Forester


Thomas Forester was born in 1832. His father was a warehouse-man at Minton’s china factory and Thomas was apprenticed there as a presser.


In 1856 Thomas was engaged as manager at the Victoria Works, Shelton, for Lockett, Baguley & Cooper. After a few years he joined Mrs. Wardle (Wardle & Co) as a majolica manufacturer.


He was invited to take charge of the works of Messrs. Peterinck & Son at Tournai in Belgium.


Thomas Forester returned to England and in 1877 started business at a small works in the High Street, Longton and he soon took additional premises in Church Street - the Church Street Majolica Works.


He demolished the Church Street Works and built the Phoenix works which he completed in 1879.


Incorporated as a Limited Company in 1891.


By 1893 the business was recorded as employing 520 people at the “Imperial and Phoenix Works” and by 1900 they employed over 700 people.


Artists: Thomas Dean was a freelance artist and ceramicist working, at various times, for Minton, Wedgwood, Watcombe, Spode/Copeland and Foresters. Ronald and Albert Dean were two of Thomas Dean’s sons and all three designed for Foresters at various times. Ronald Dean ended his career at Foresters as works manager immediately prior to the Second World War. (Information: Mr. Ian Turner)


In 1941, under the Wartime Concentration Scheme, the business of Collingwood Bros operated with that of Thomas Forester & Sons at the Imperial Works, Longton.