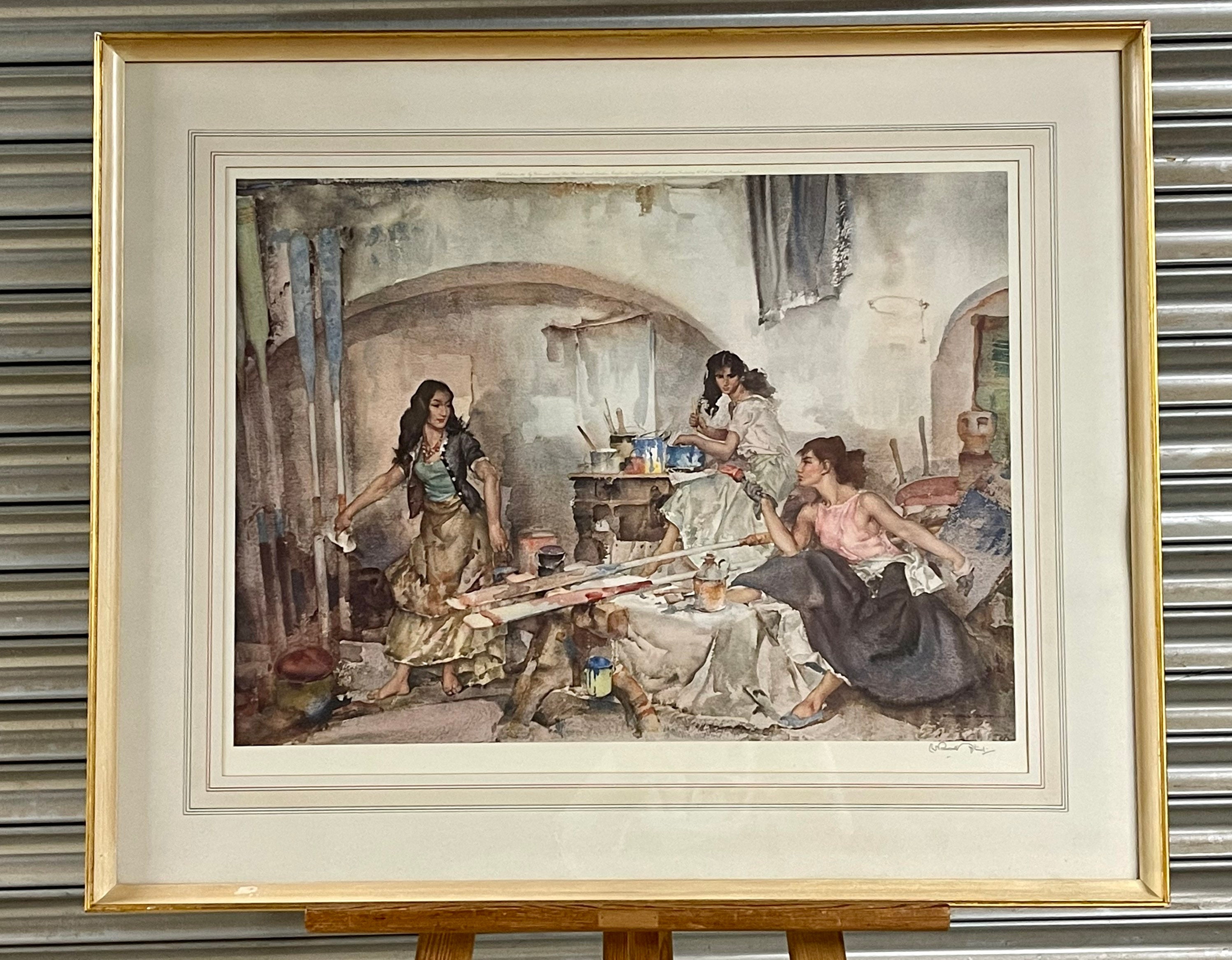 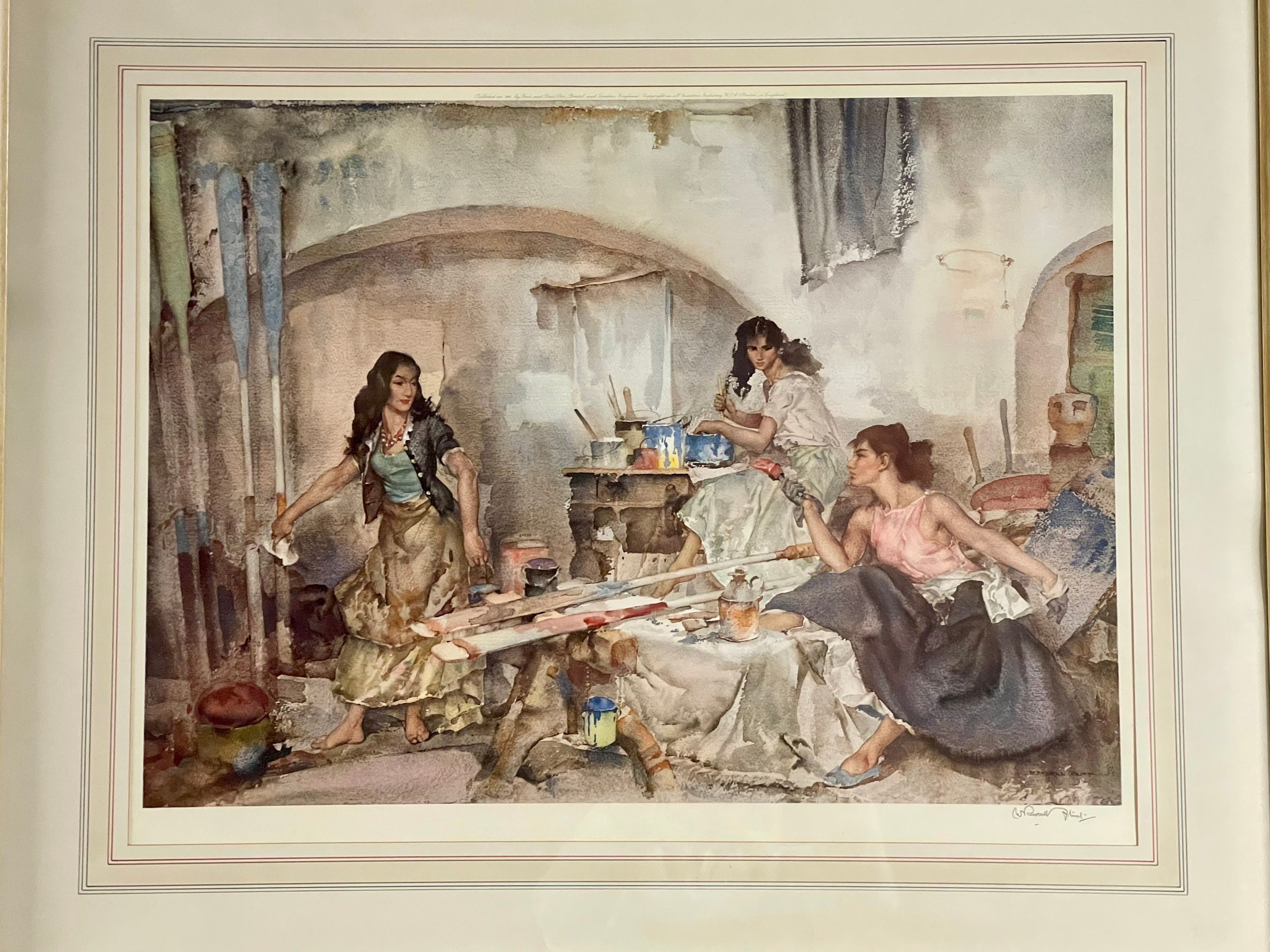 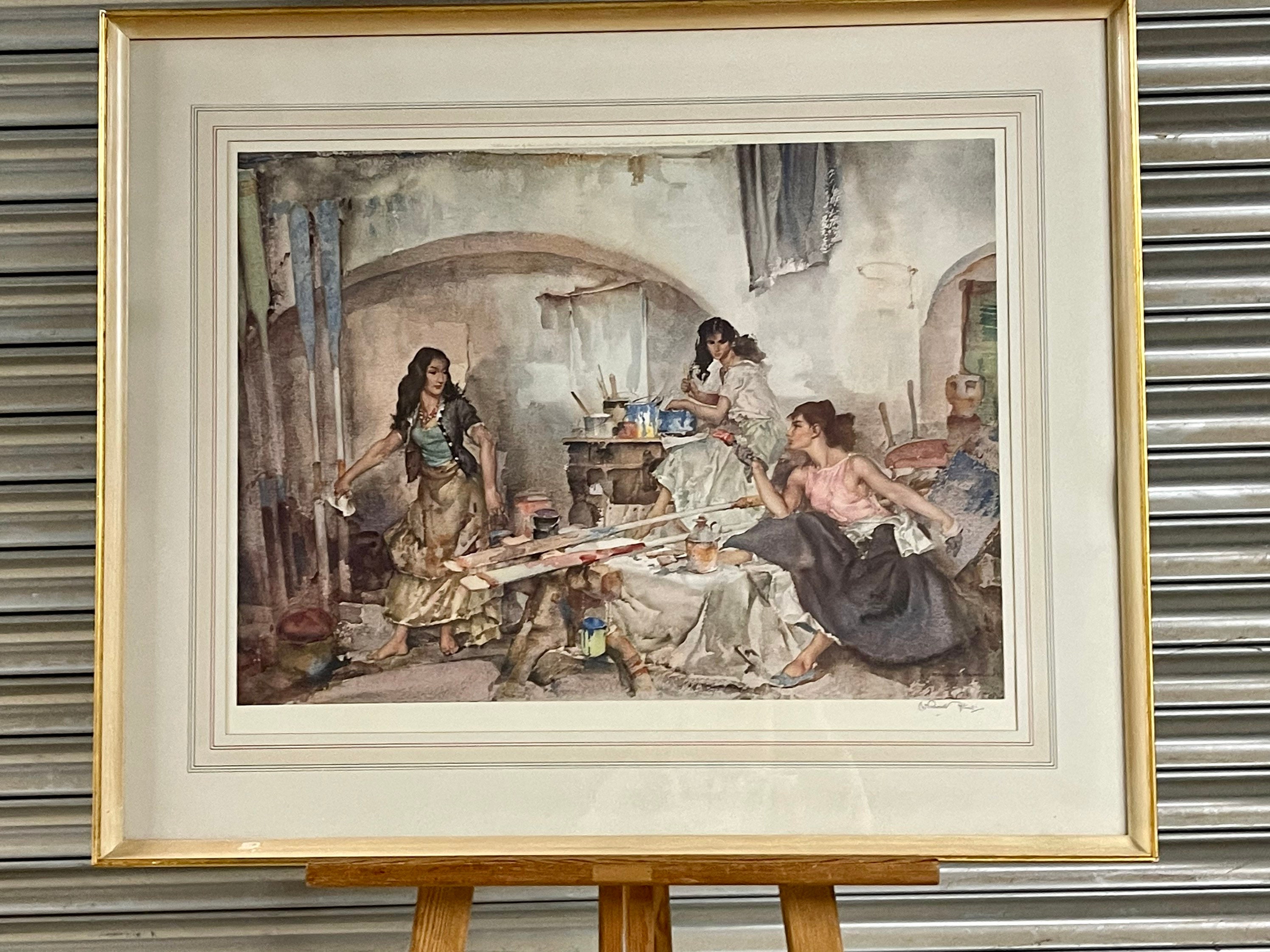 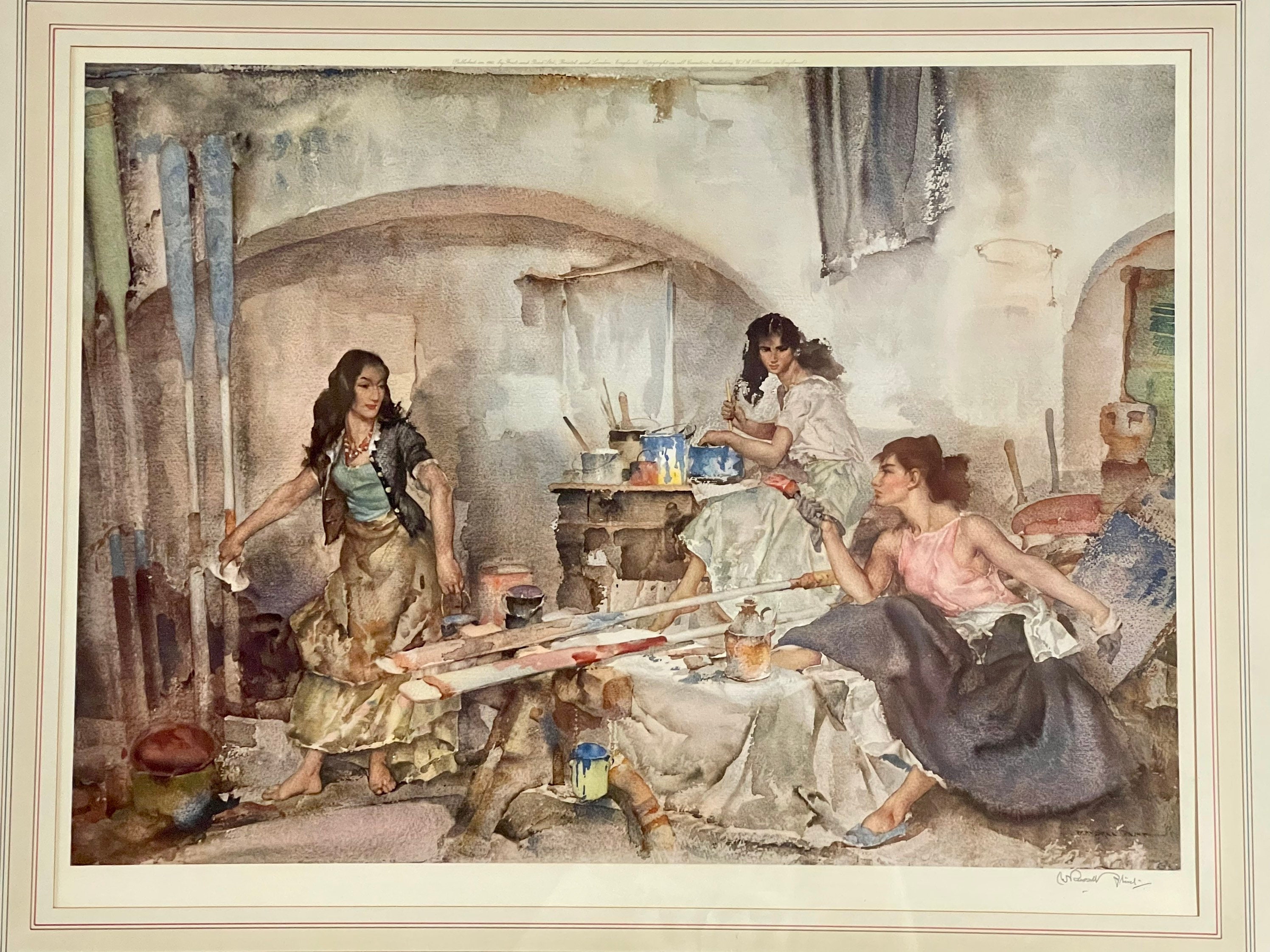 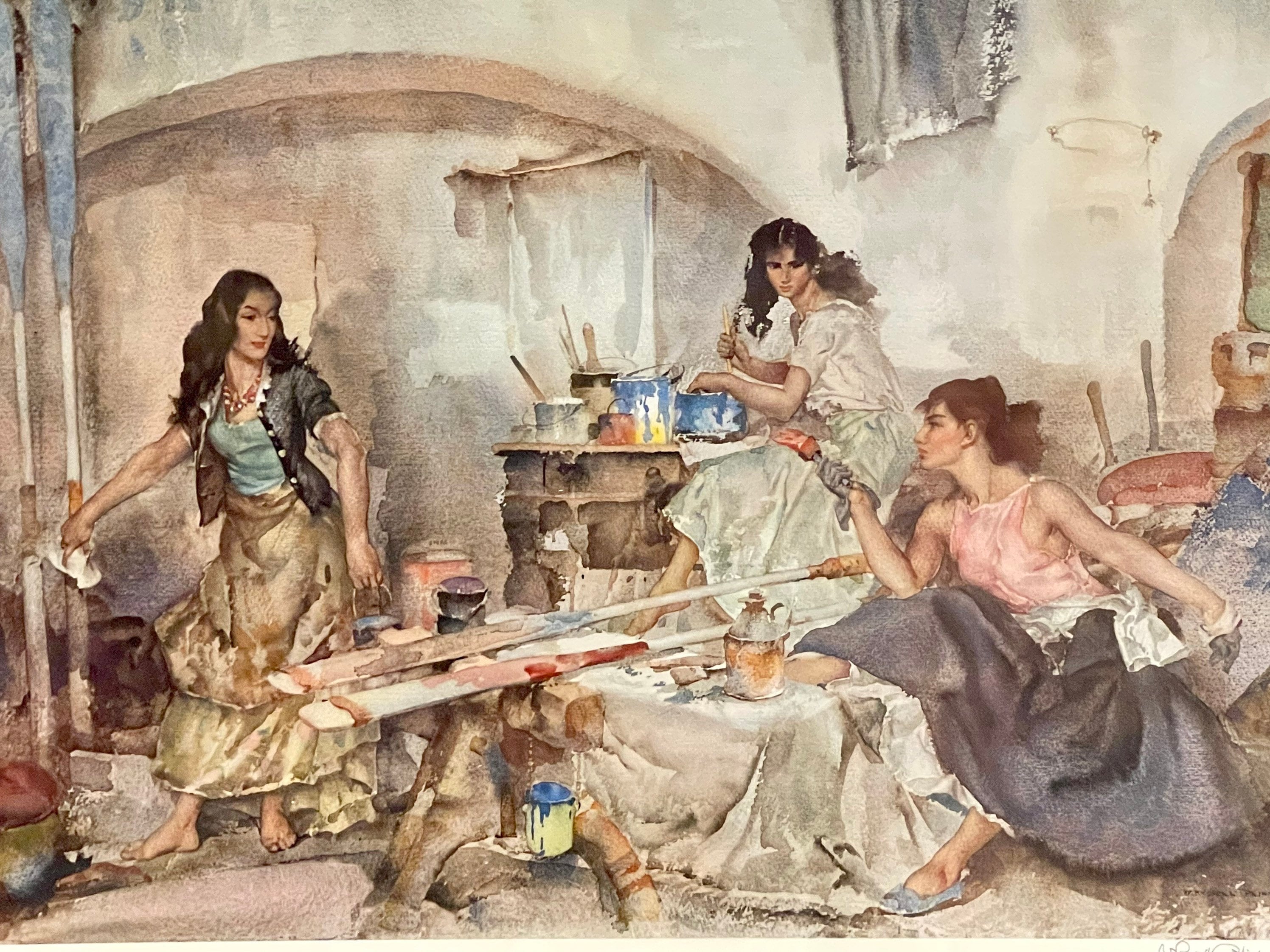 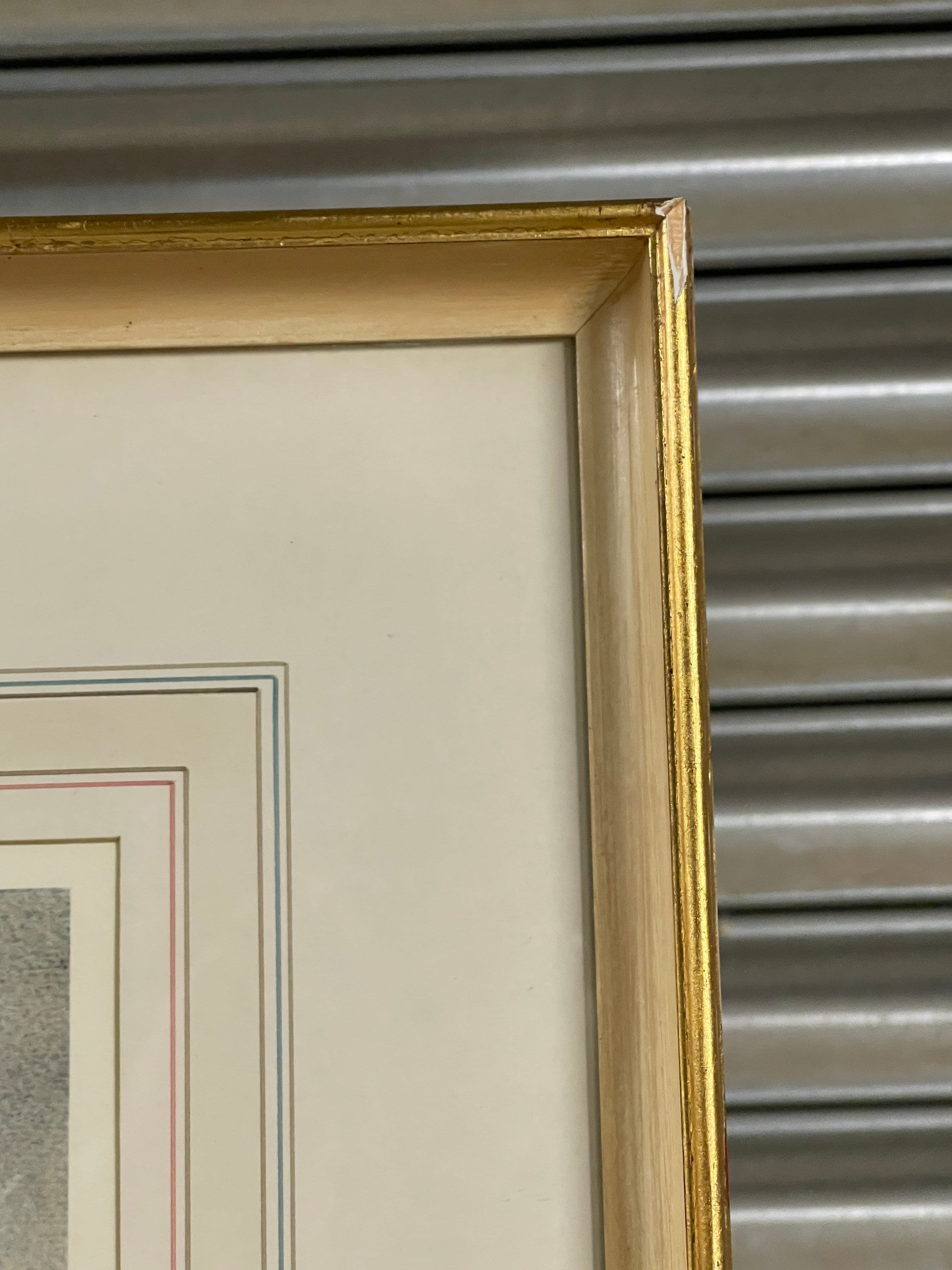 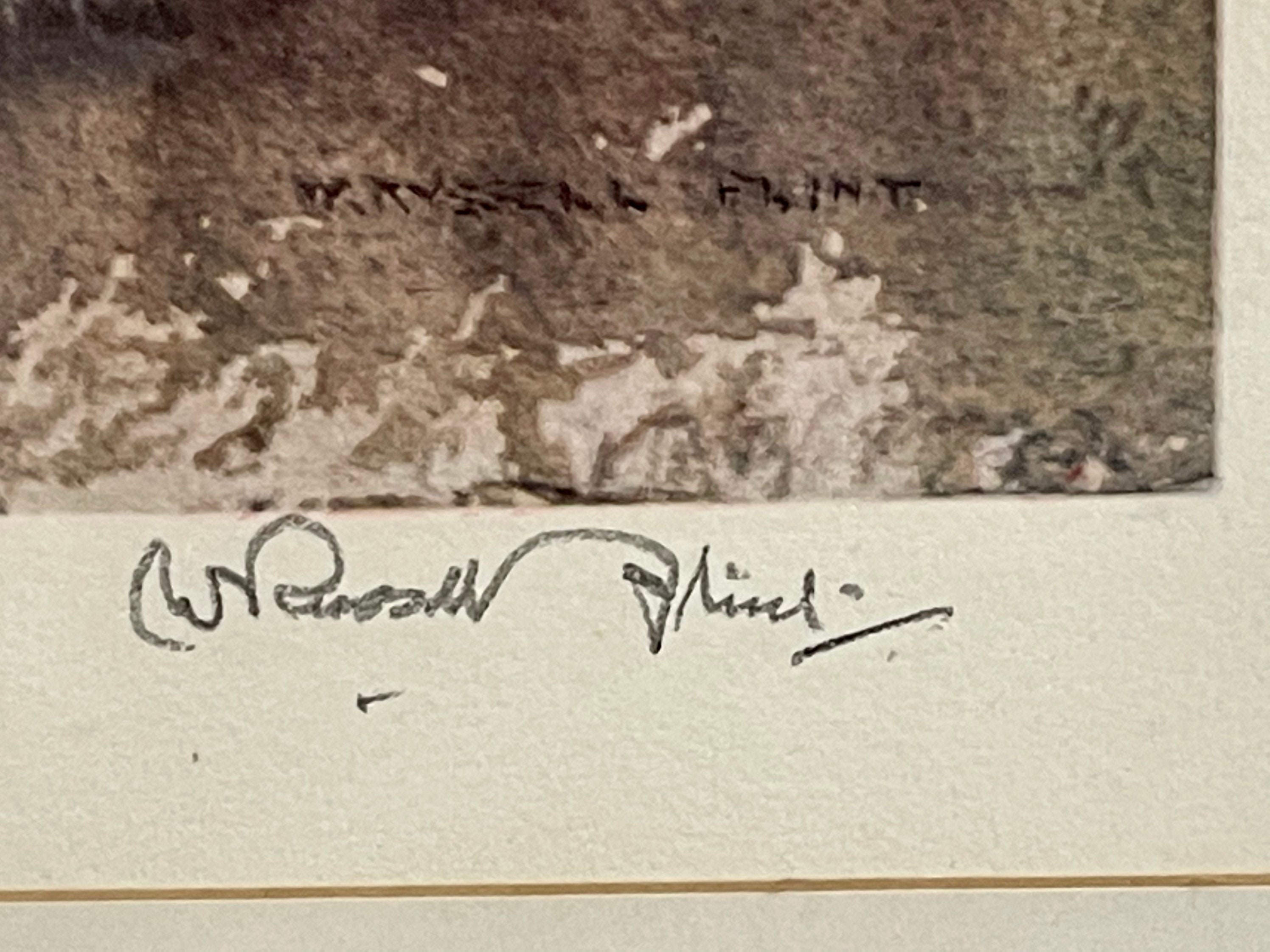 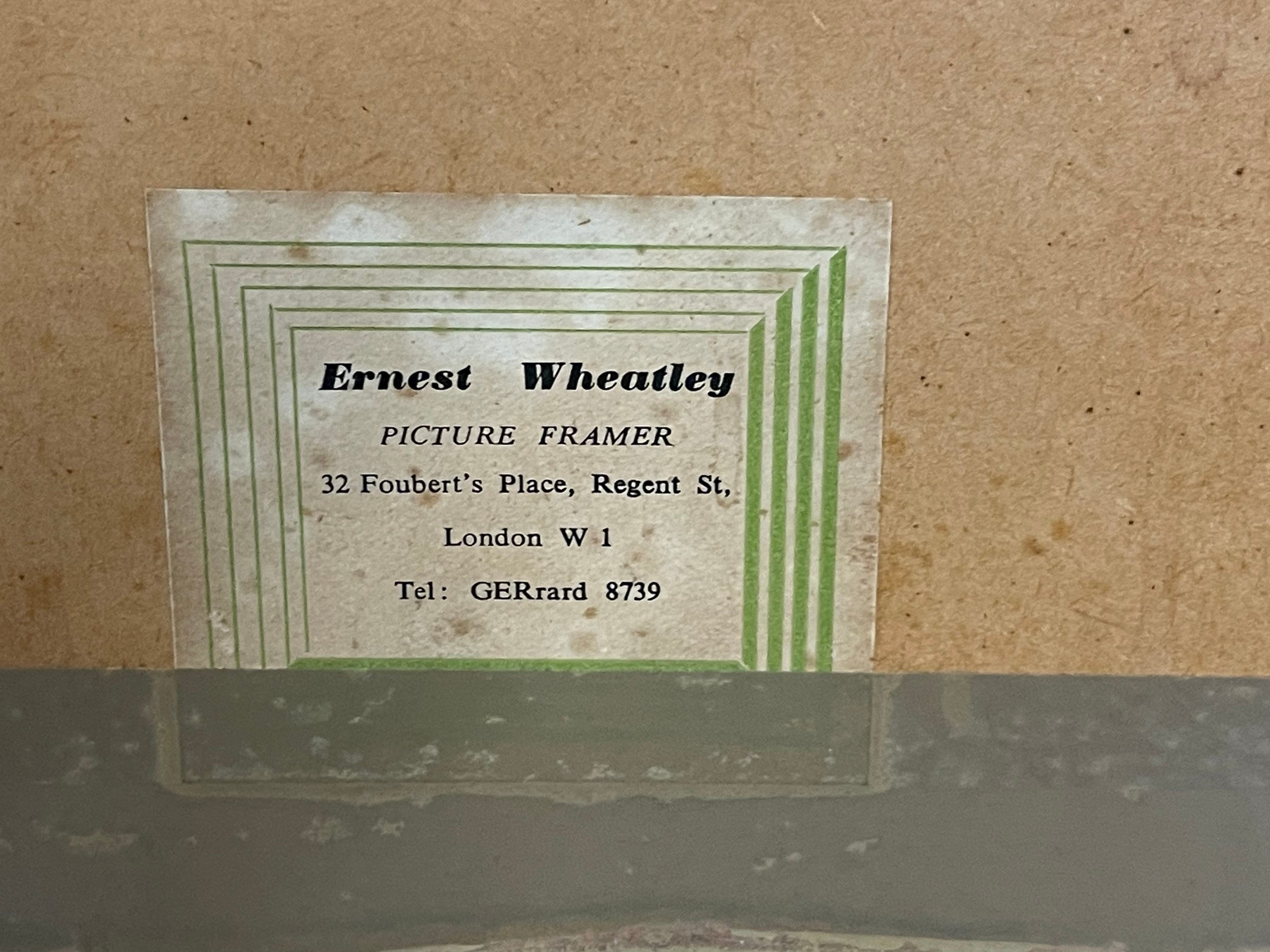 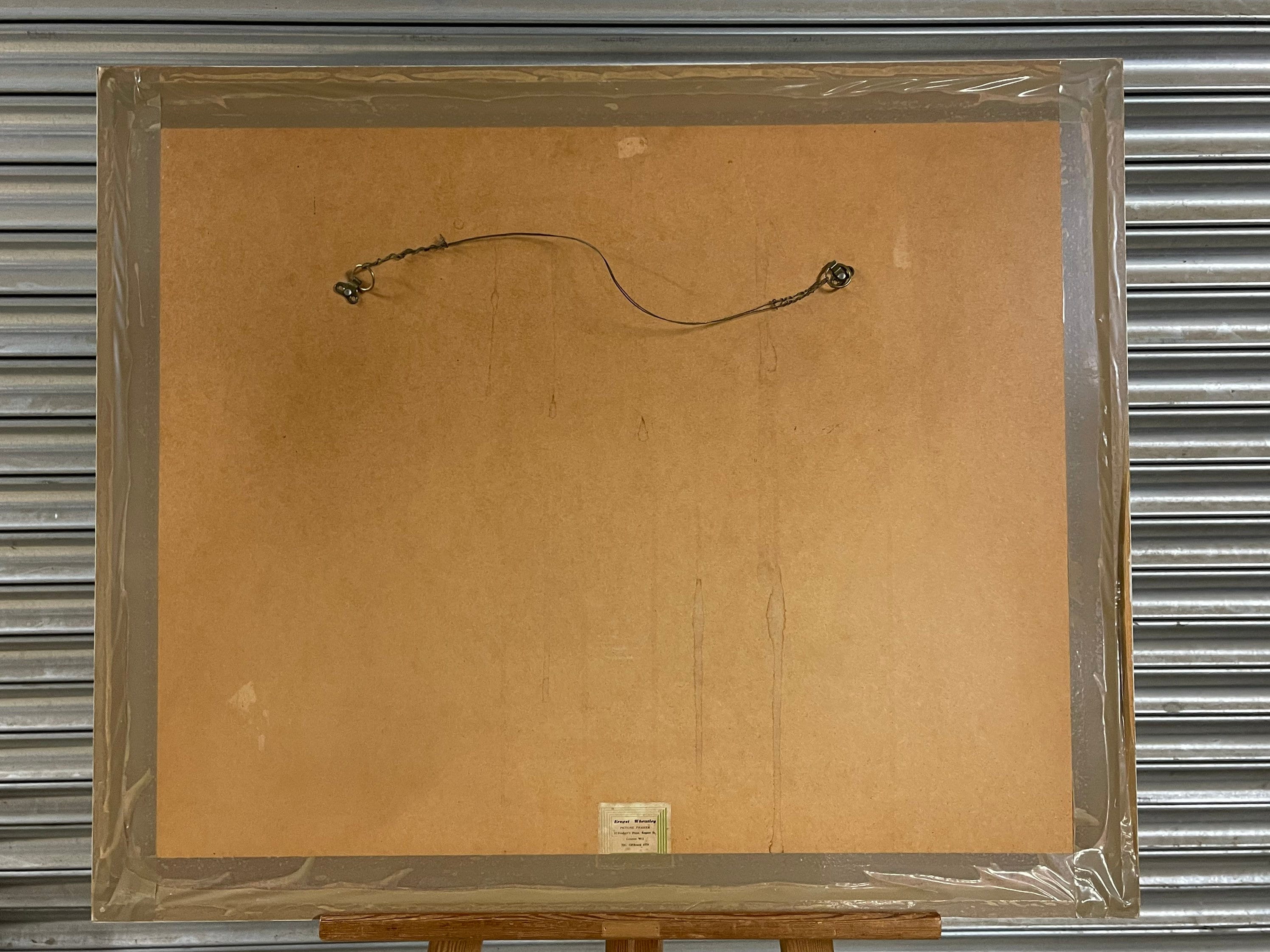 
Signed by the artist in pencil lower right.

In 1958 Russell Flint embarked from Southampton on a grand tour, and called in en route at Portovenere in Northern Italy.
Here he was obviously atracted by the colourful subject of the painting of oars in the harbour-side buildings.
Apart from ‘A Question of Colour’, a second version, ‘Repainting Oar Blades’ was published as a calendar print in 1985
The models for this painting are in fact Cecilia Green.
Published in 1961 by Frost and Reed.
The edition was a rather curious 751.
The painting was exhibited in the R.A. Exhibition in 1959,
and the original published price was 9 guineas

Will be well packaged and sent via courier