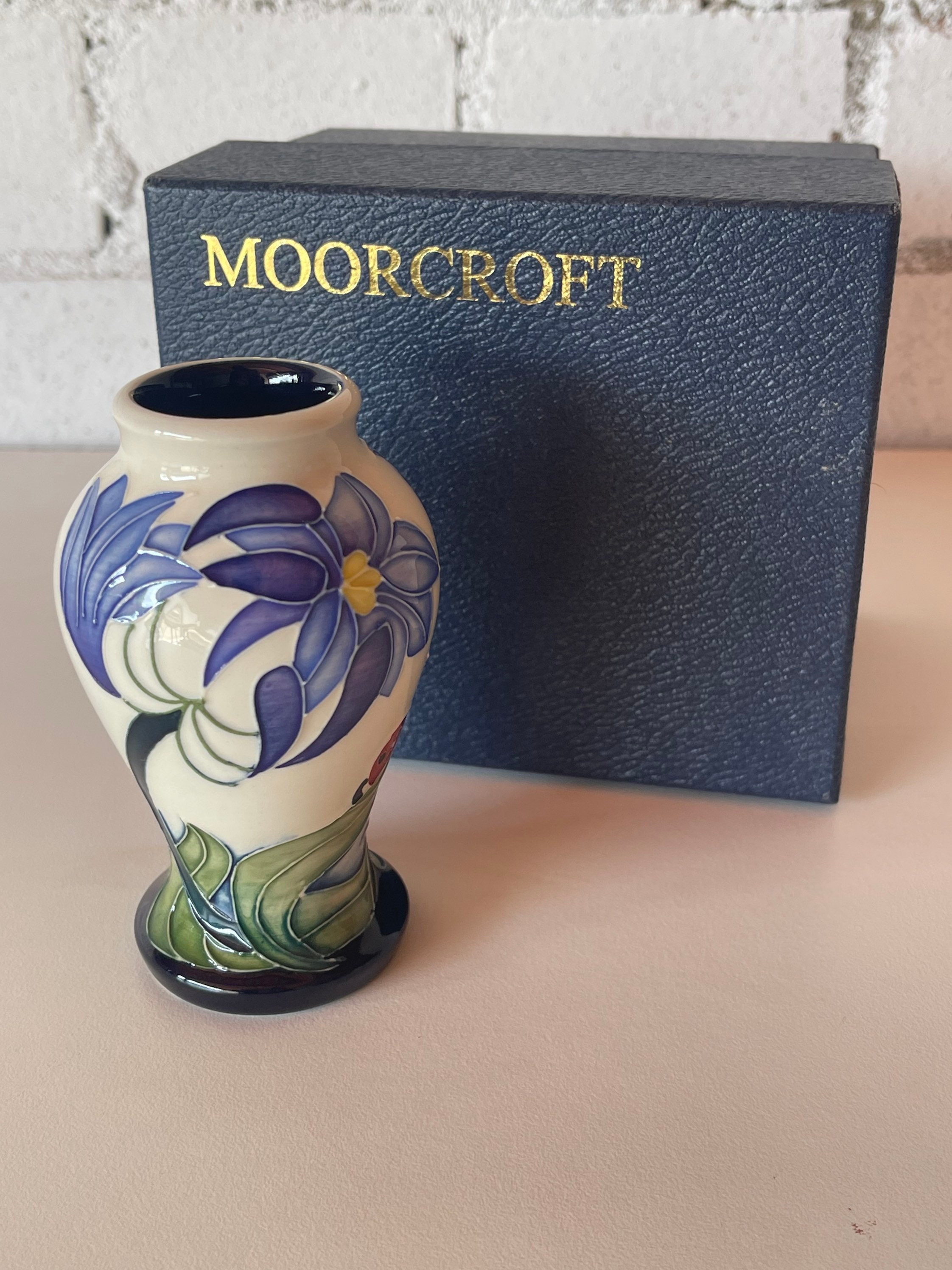 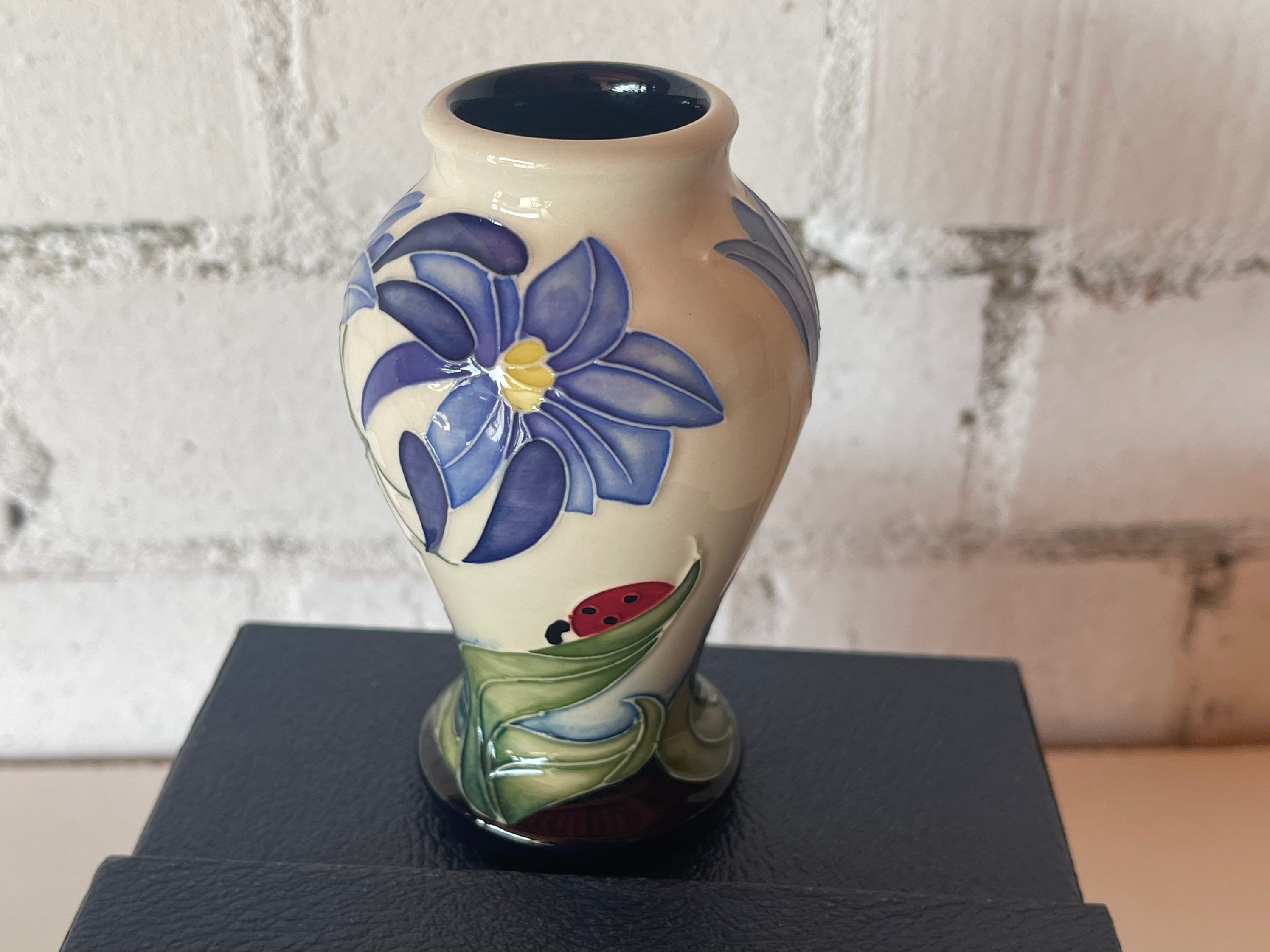 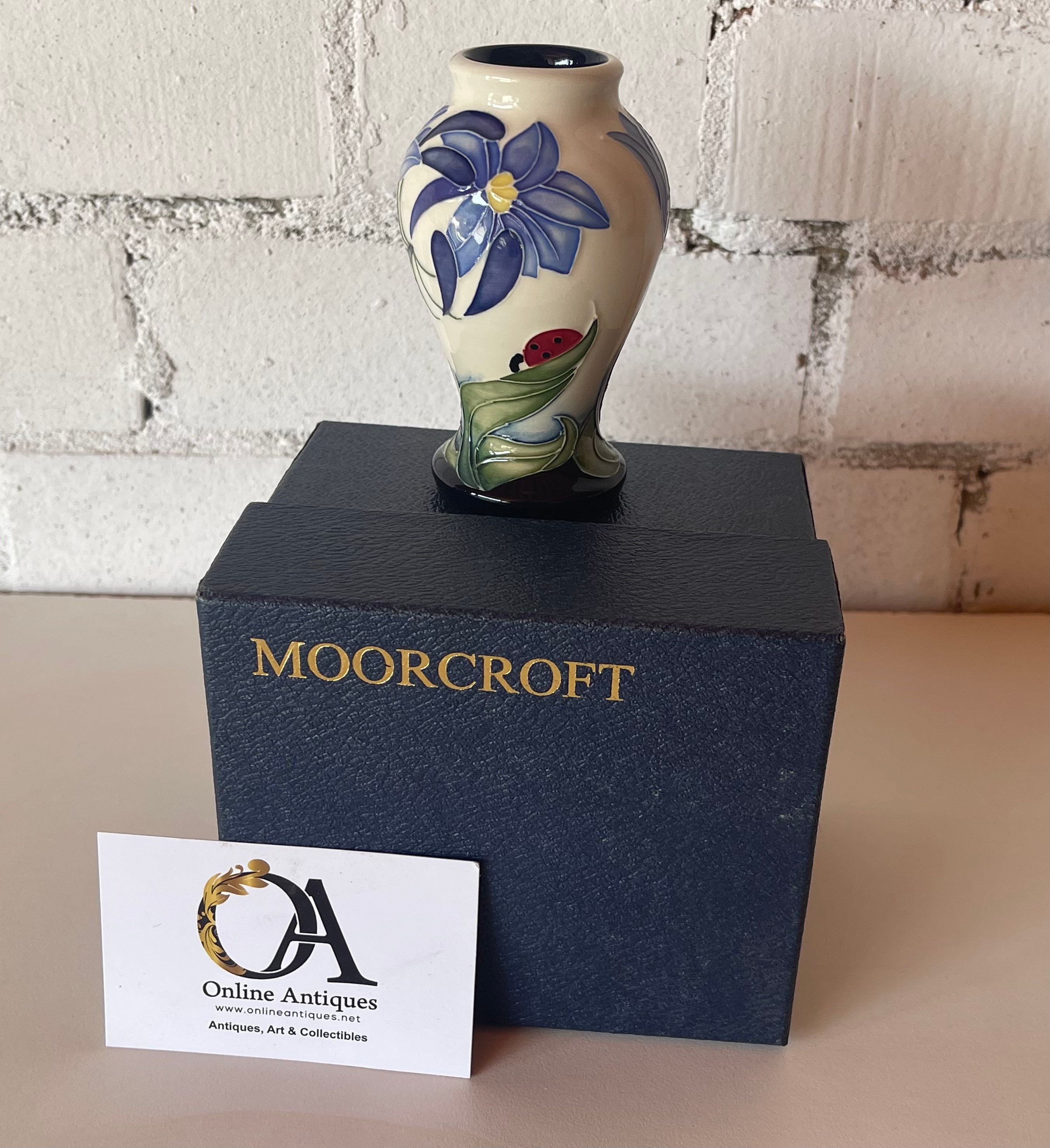 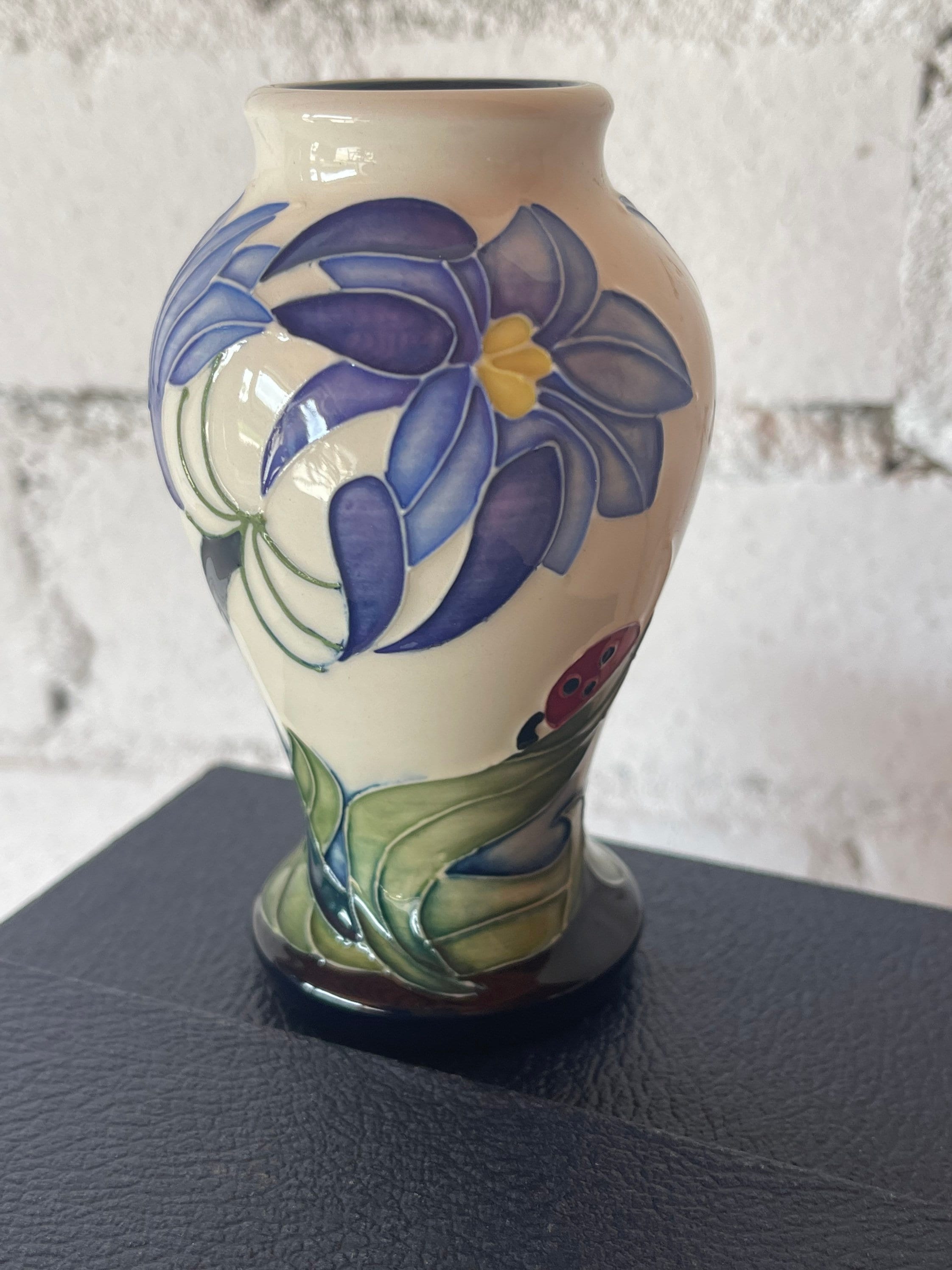 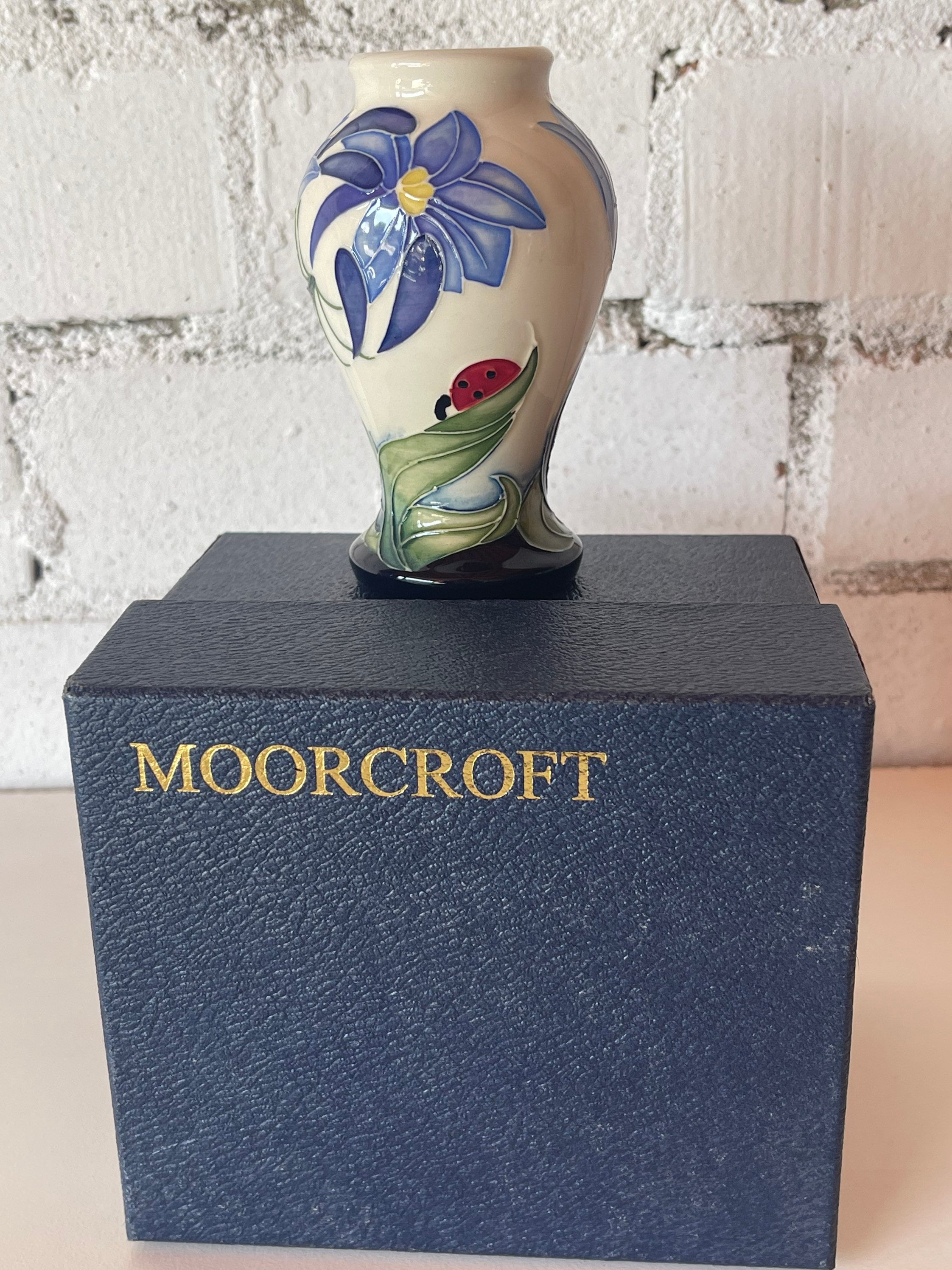 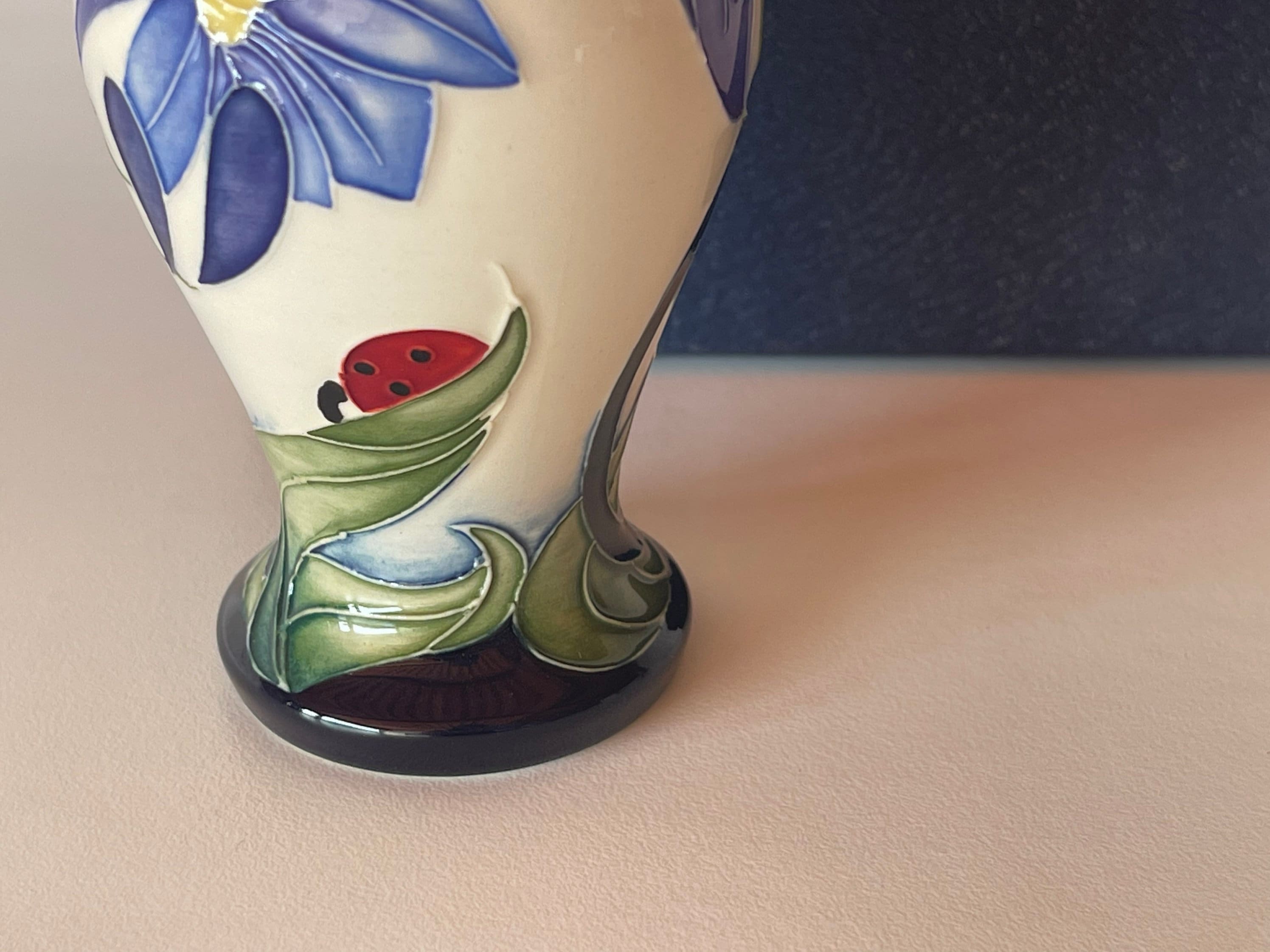 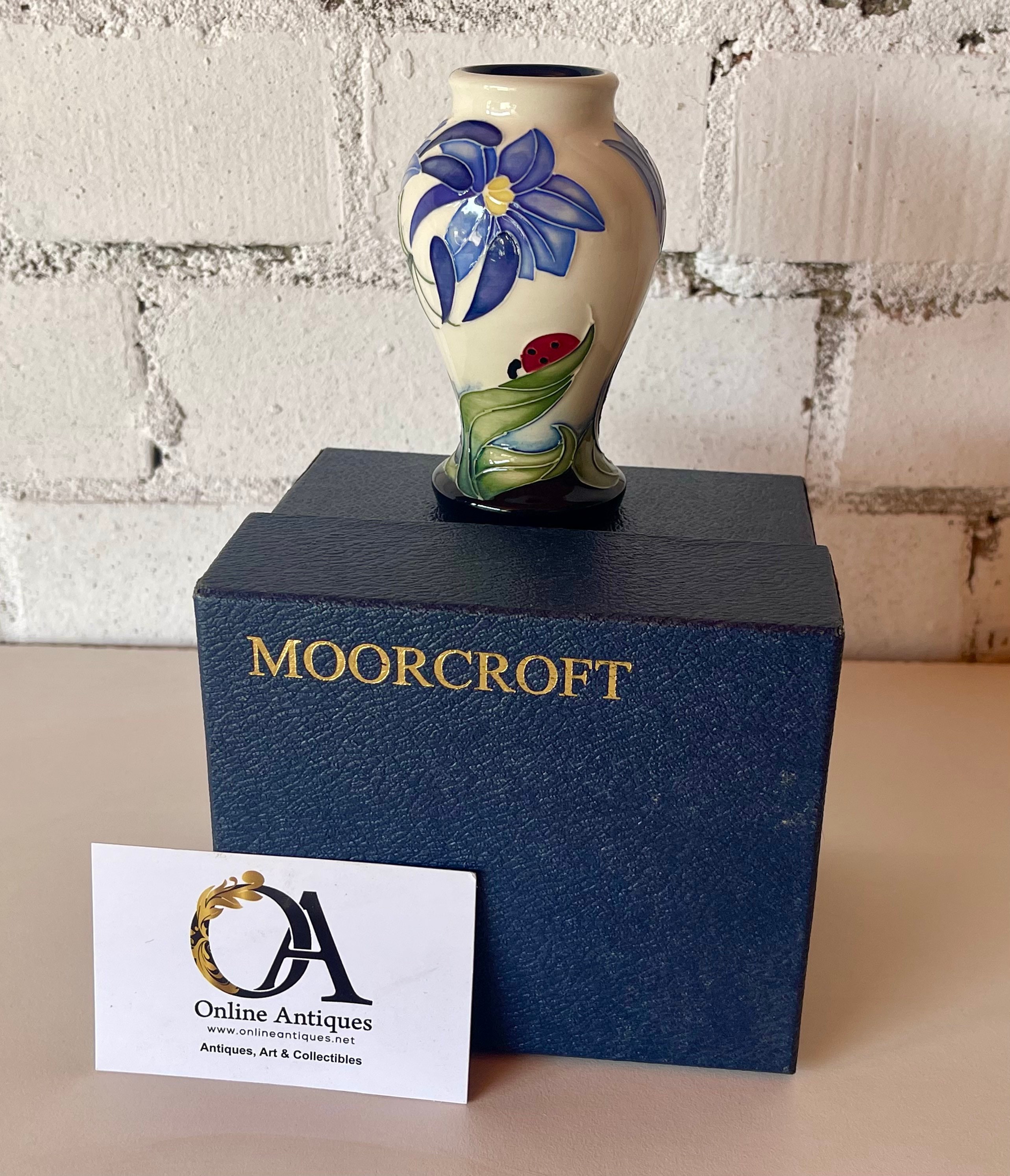 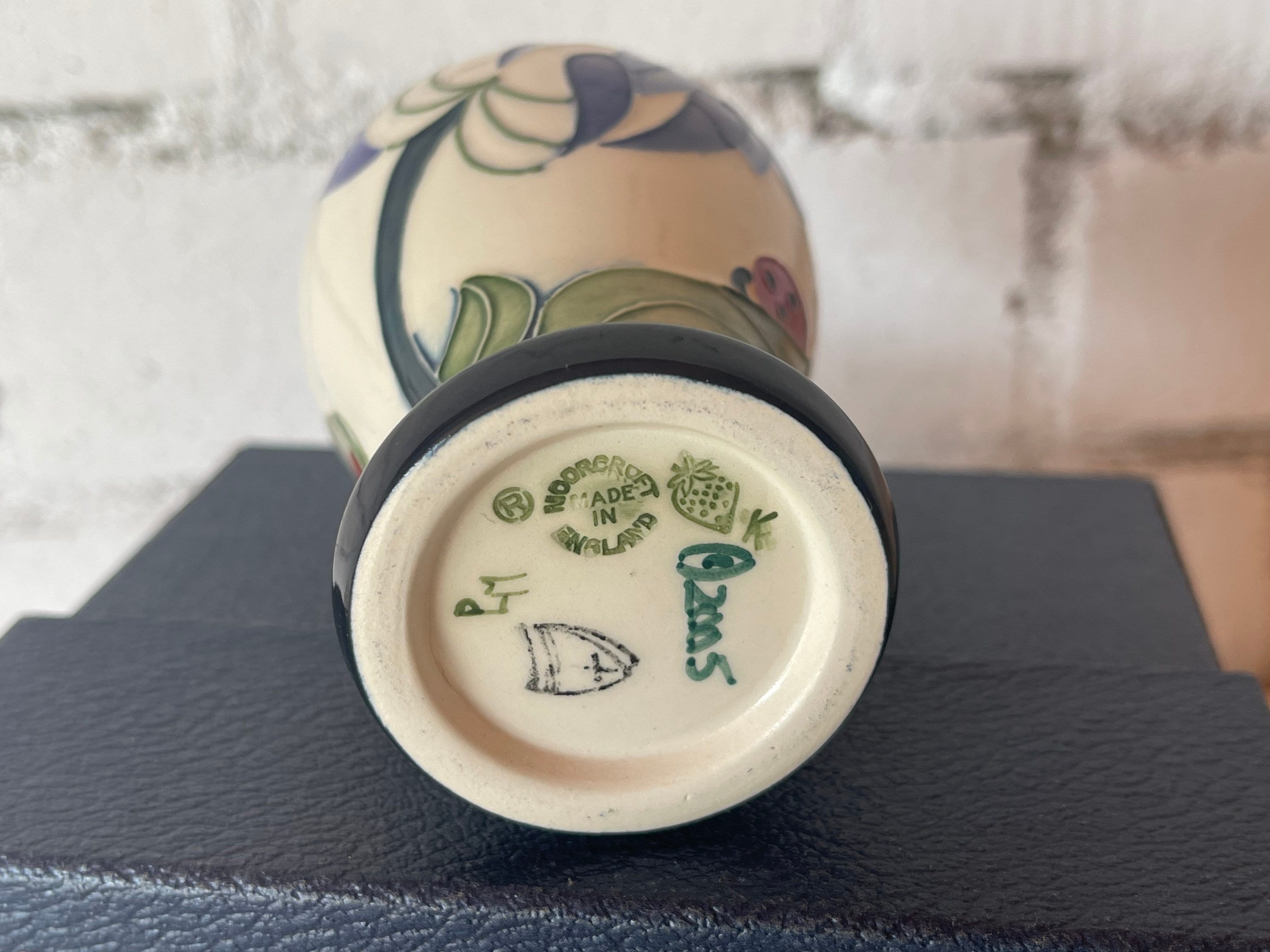 The life of a Moorcroft vase begins with a designer creating an image in both three dimensional form on a blank clay shape known as a ‘green’, and also creating a watercolour. Pieces are trialed until perfected and meet the designers’ approval. The method of production originated by William Moorcroft in 1897 is almost exactly the same today. Most pieces are still turned on the lathe to perfect the shape. Designs are applied by tubelining a raised outline of liquefied clay through a glass tube from a small handheld bag, on to a pot. The process is not unlike that used in icing a cake. The colours are based on metallic oxides and are applied by hand, one colour being gently washed over another to enable them to blend together at high temperatures, firstly with the clay pot and then with the transparent glaze. It is this second firing which produces the brilliance of colour which has become the hallmark of Moorcroft.

Originally founded as a studio in 1897 within a large ceramic company. James Macintyre & Co. Moorcroft pottery soon made its mark on the world. Designs came from 24 year old William Moorcroft who personalised each piece of pottery produced with his own signature or initials. This did little for James Mcintyre’s name and reputation, and in 1913 the inevitable split occurred. William marched his workforce across Cobridge Park to a new factory in Sandbach Road where Moorcroft pottery is still made today.

Today, Moorcroft leads the world of art pottery with its own distinctive design style. With added value coming from the skills and craftsmanship of a dedicated workforce, Moorcroft is selling more of its magnificent ware all over the world today, than it did even in its previous heyday in the mid-1920’s.

Comes with its original box