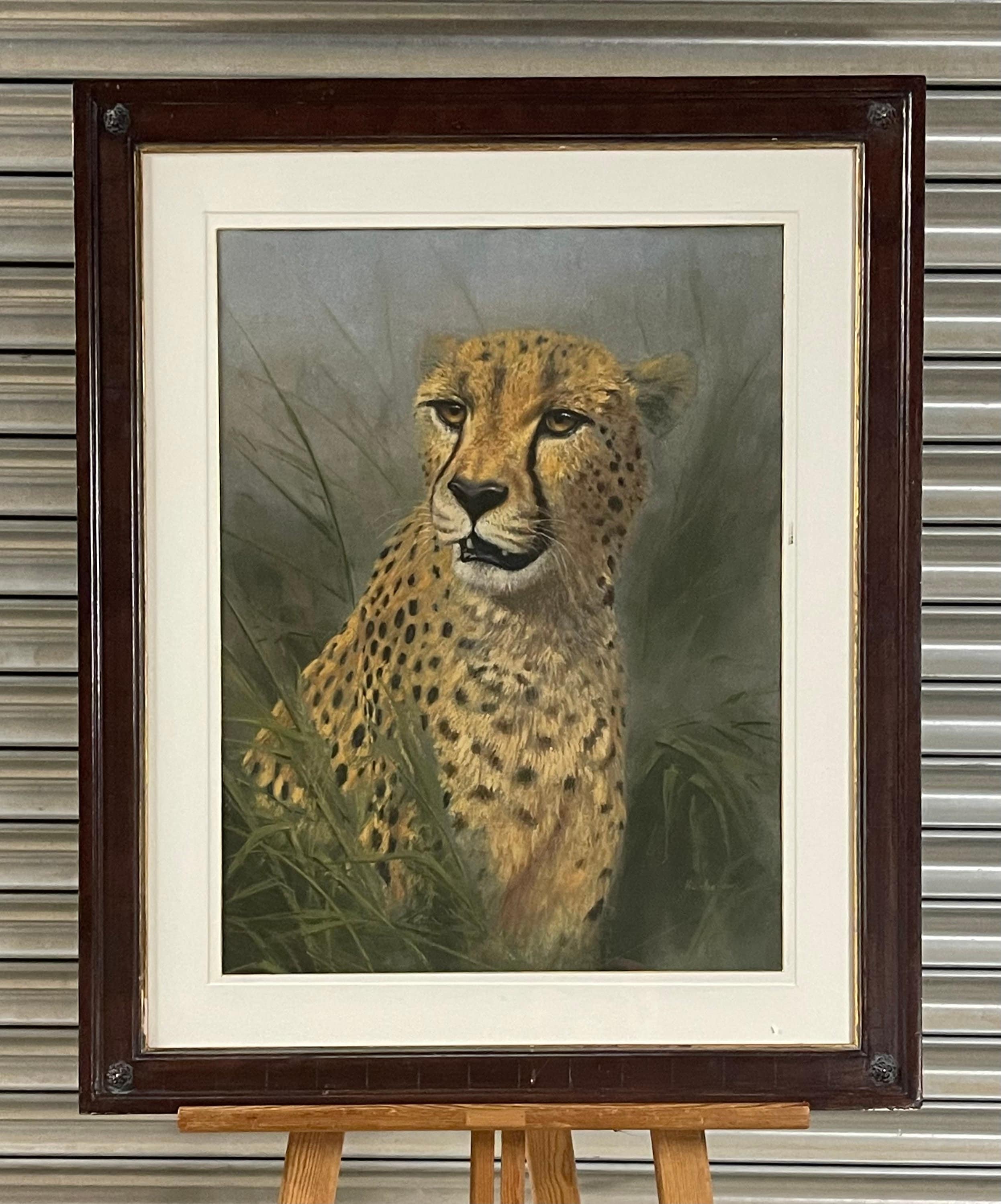 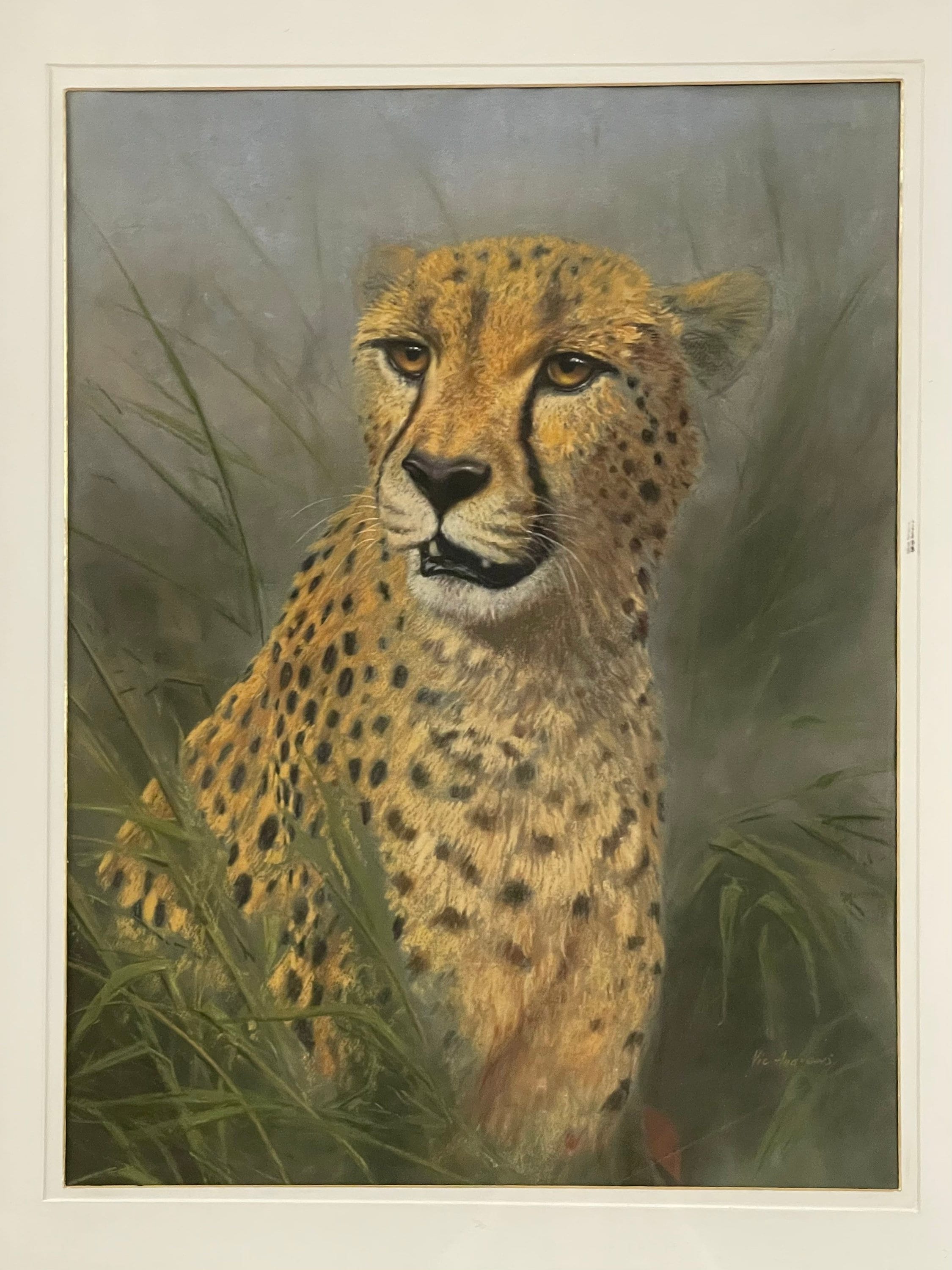 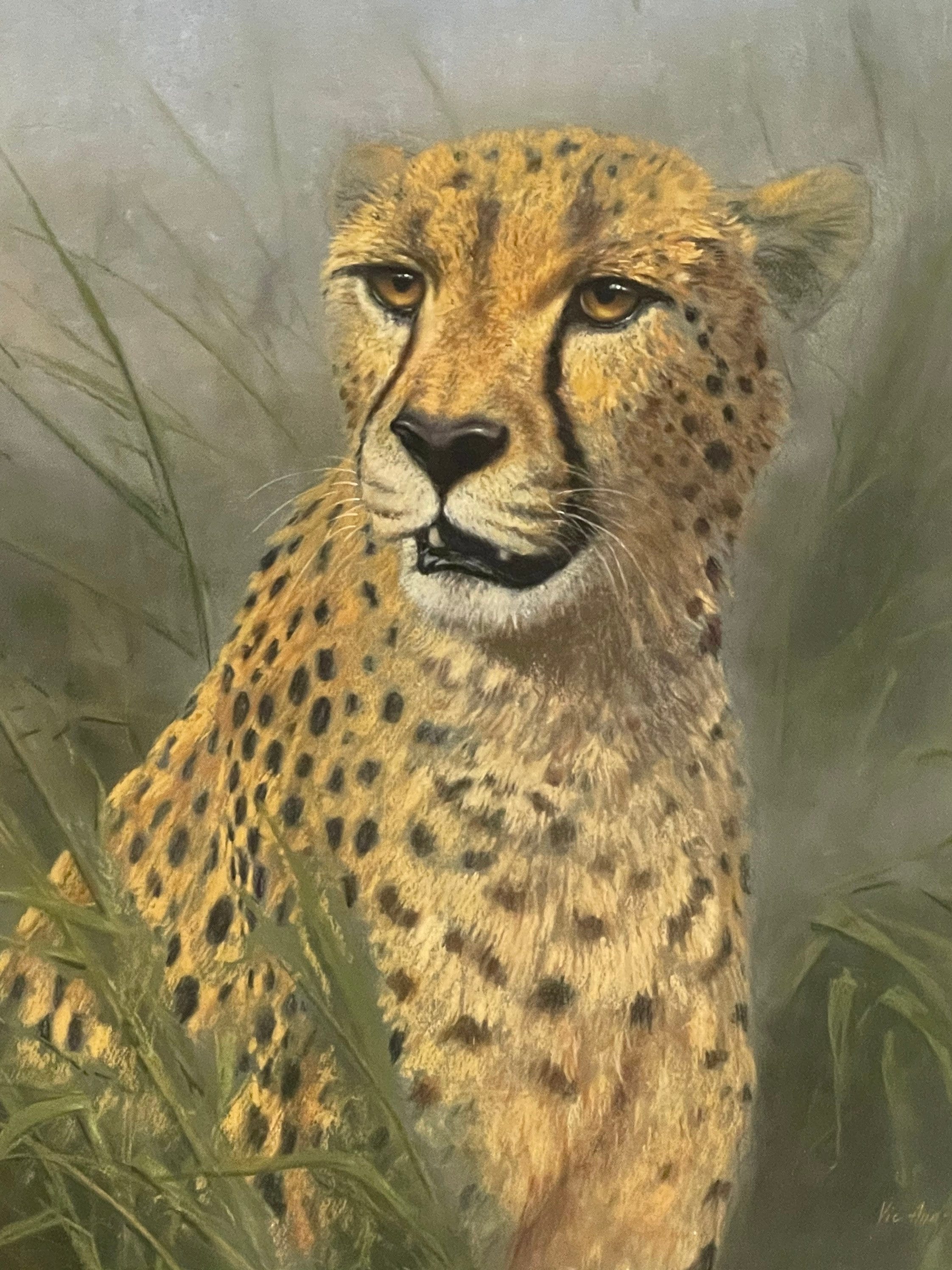 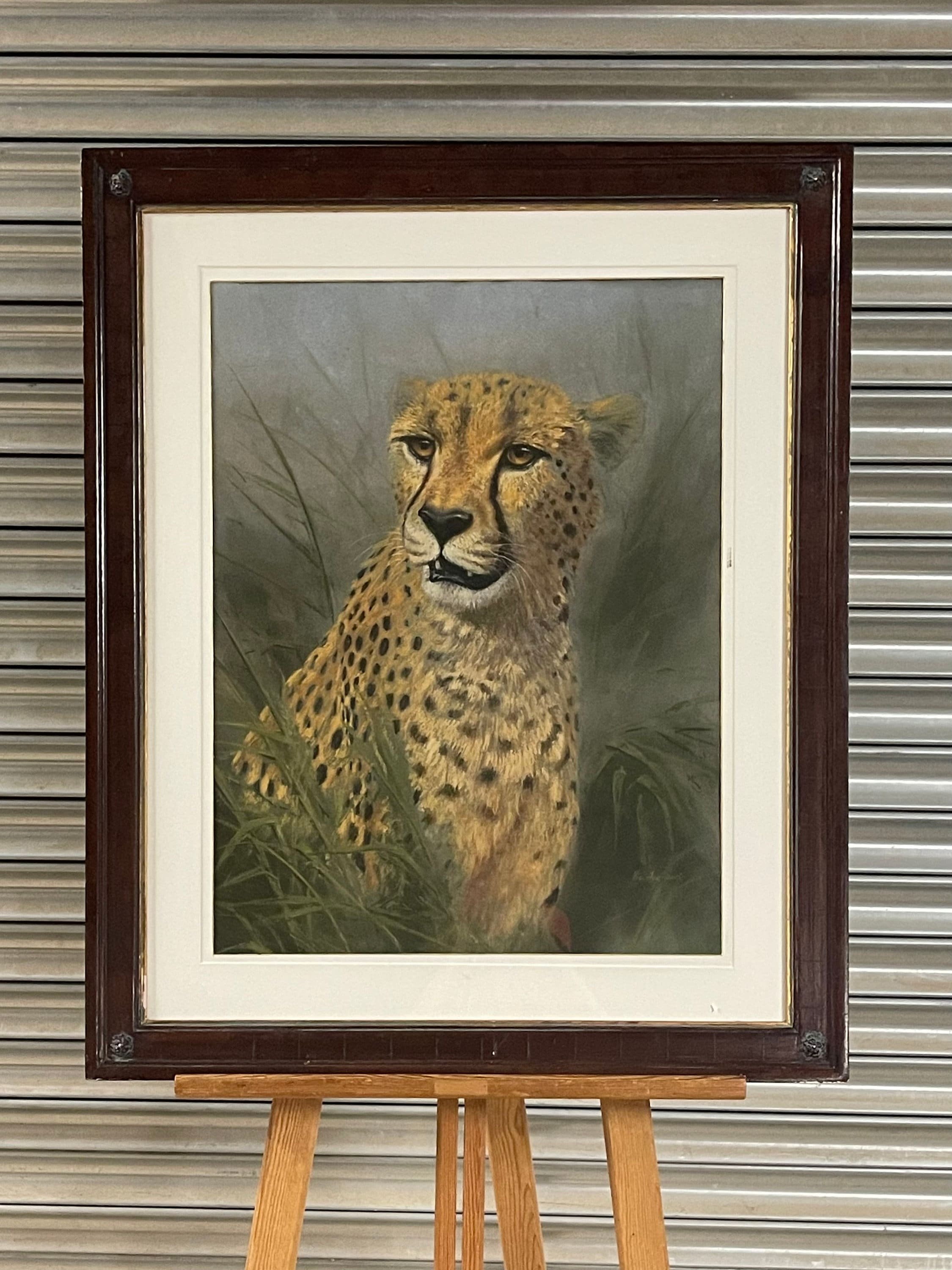 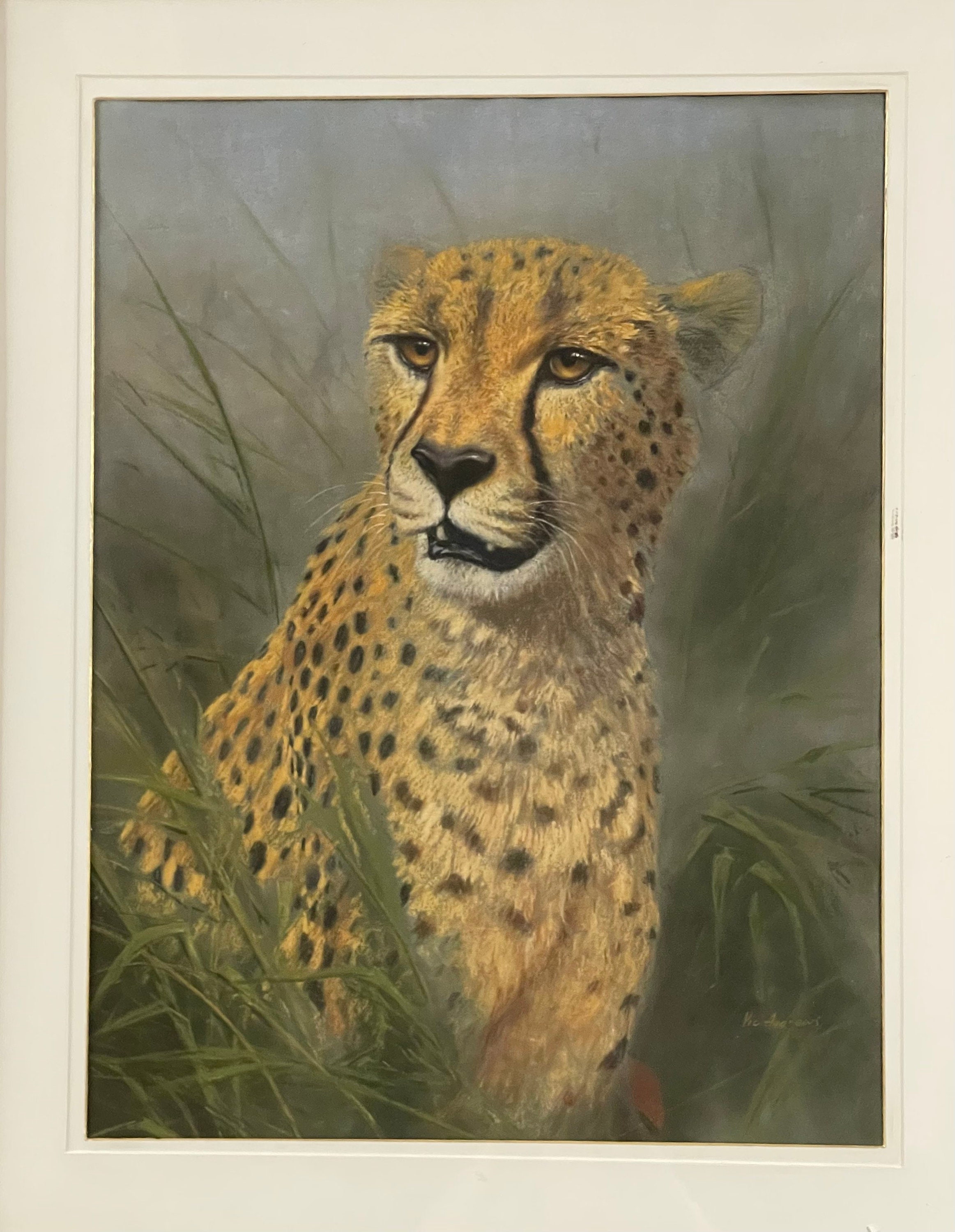 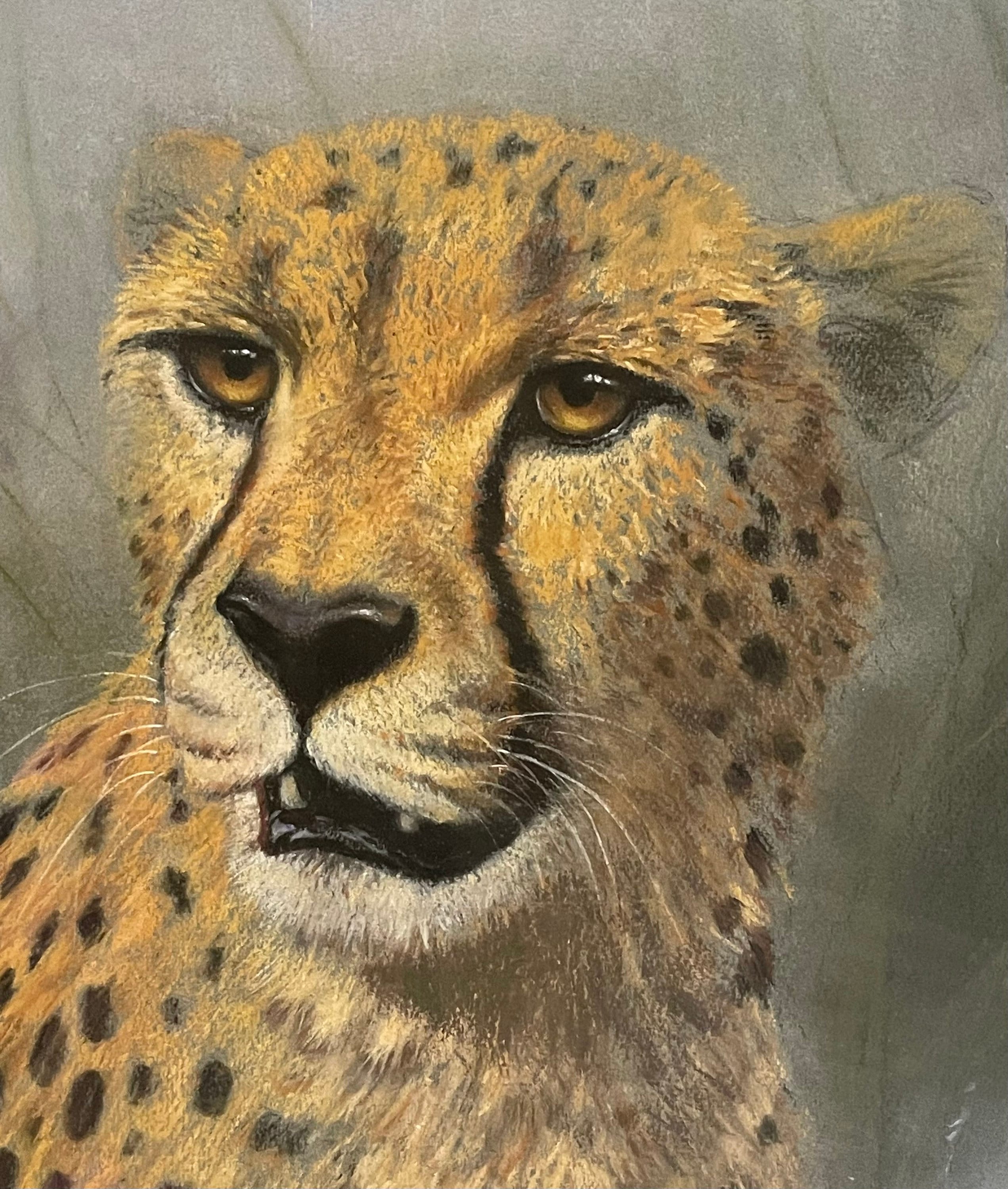 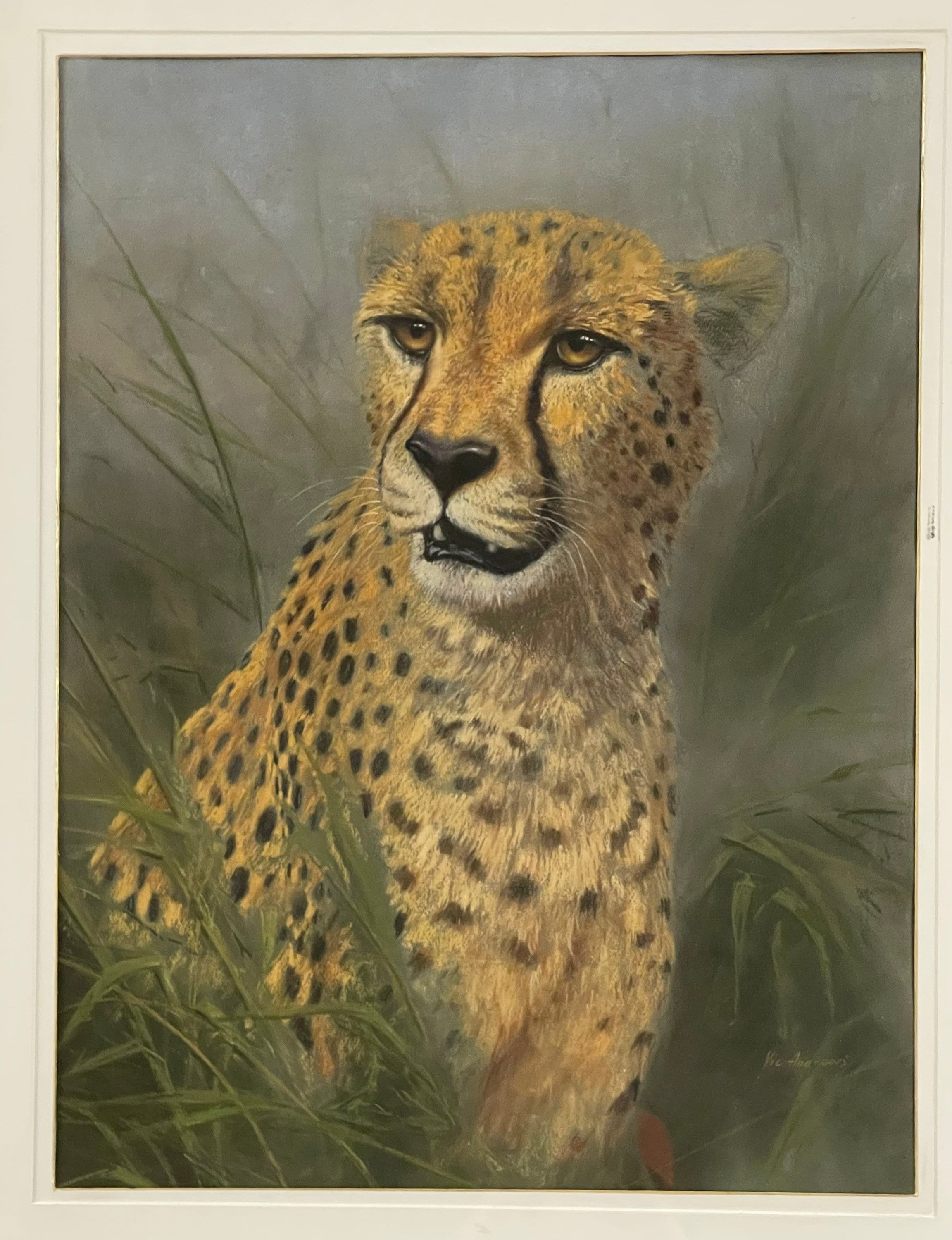 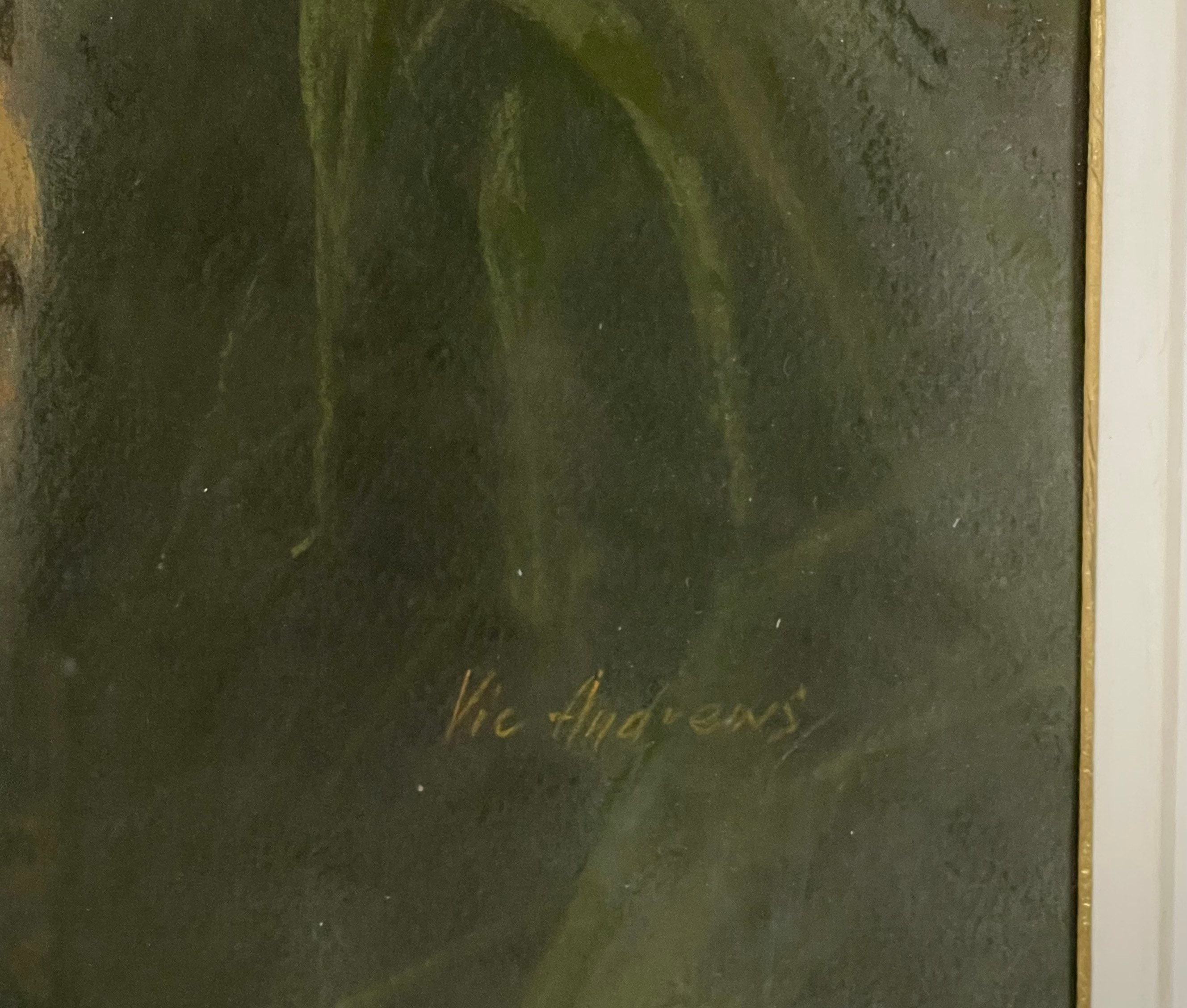 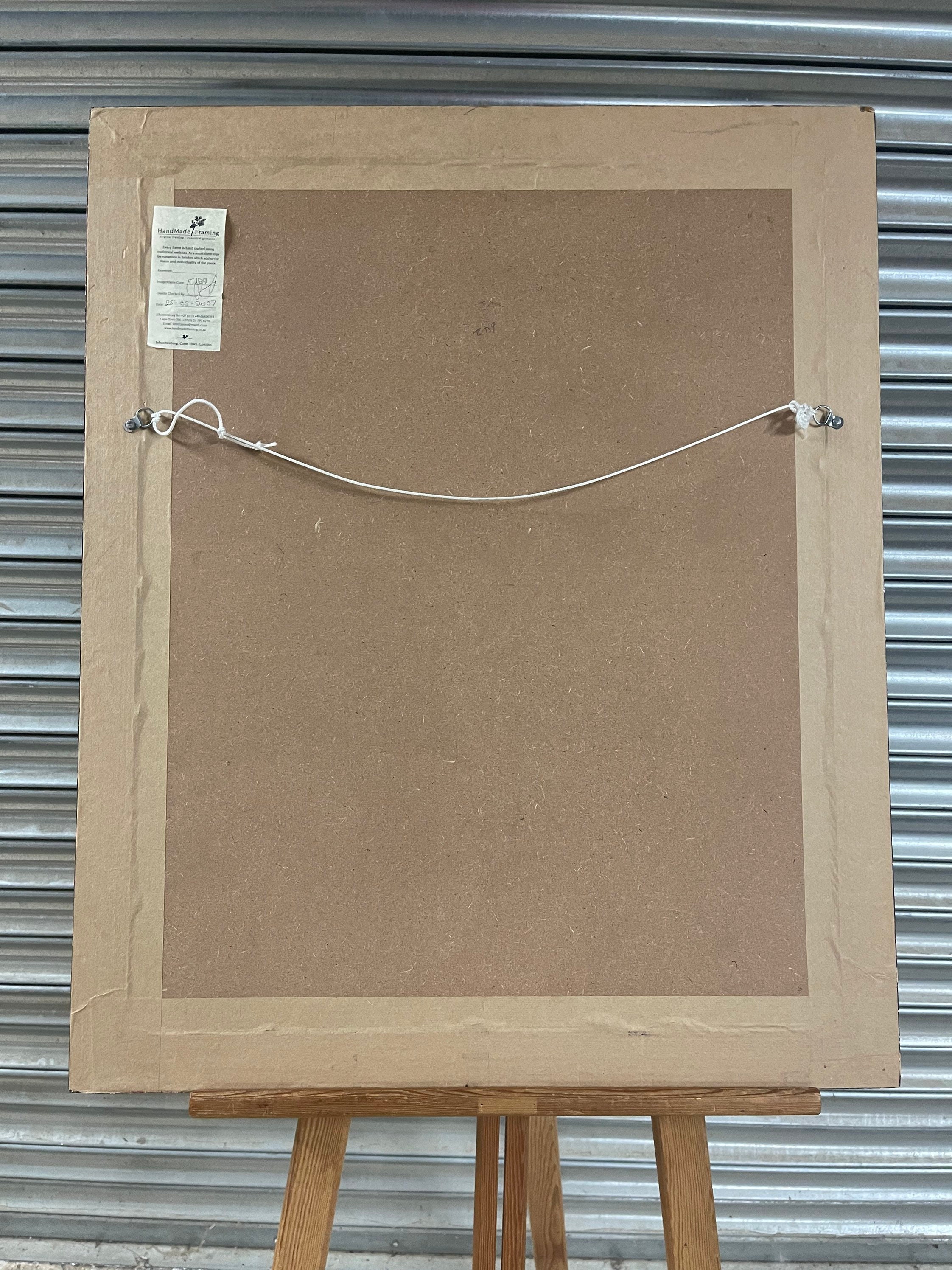 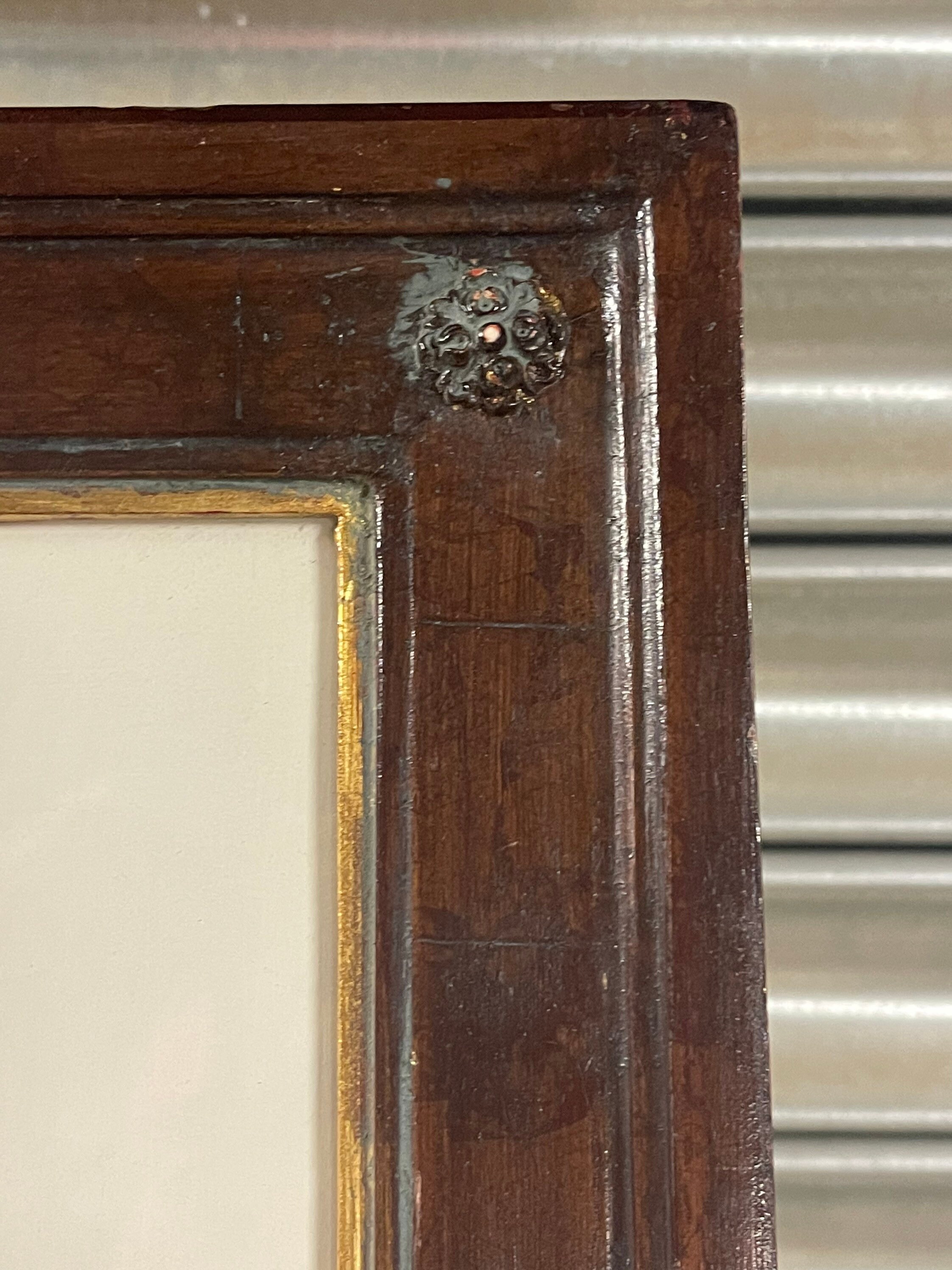 Superb Original Pastel Study of a Cheetah by Vic Andrews in a Handmade Frame.

He had worked variously as a copywriter, cartoonist and commercial artist with a Cape newspaper and in advertising agencies in Johannesburg. Though always interested in wildlife, Vic spent many years painting seascapes and landscapes along the Ciskei and Transkei coast, and in Natal and the western Cape.

After settling in the Transvaal he started roaming further afield. He sketched and painted in the wilder regions of Rhodesia, Northern Mozambique and in the grass reserves of the Eastern Transvaal, the Usutu River region of Northern Natal and in Zululand.

When access to Northern Mozambique became more difficult, Vic moved his researches across to the western desert areas of Botswana and worked in the Chobe reserve and on the Kasane River. Amply rewarded by the vast expanse of desert and its plains game, he spent many years mostly in painting the animals and birds of the Etosha Pan and the Kalahari Gemsbok Park.

Though primarily adept and skilful at capturing the various moods of the African bush in oils on some impressive and panoramic canvases, Vic had turned rather naturally to the faster and more direct medium of pastels.

Perhaps the most evident and welcome quality which will greet the viewer of Vic’s paintings is the sincerity and integrity with which each work is executed. This concern for his subject is reflected in his various donations of paintings in fund‑raising efforts to several wildlife organizations during his life time.

In 1985 Vic and his wife Dulcie, left Gauteng to settle in the small Karoo town of Montagu. Seduced no doubt by the quiet charm of the western Cape, Vic had once again started to paint the surrounding lanscapes and the flowering expanses of Namaqualand.

Vic passed away at Huis Uitvlucht in Montagu on the 27th of December 2014.