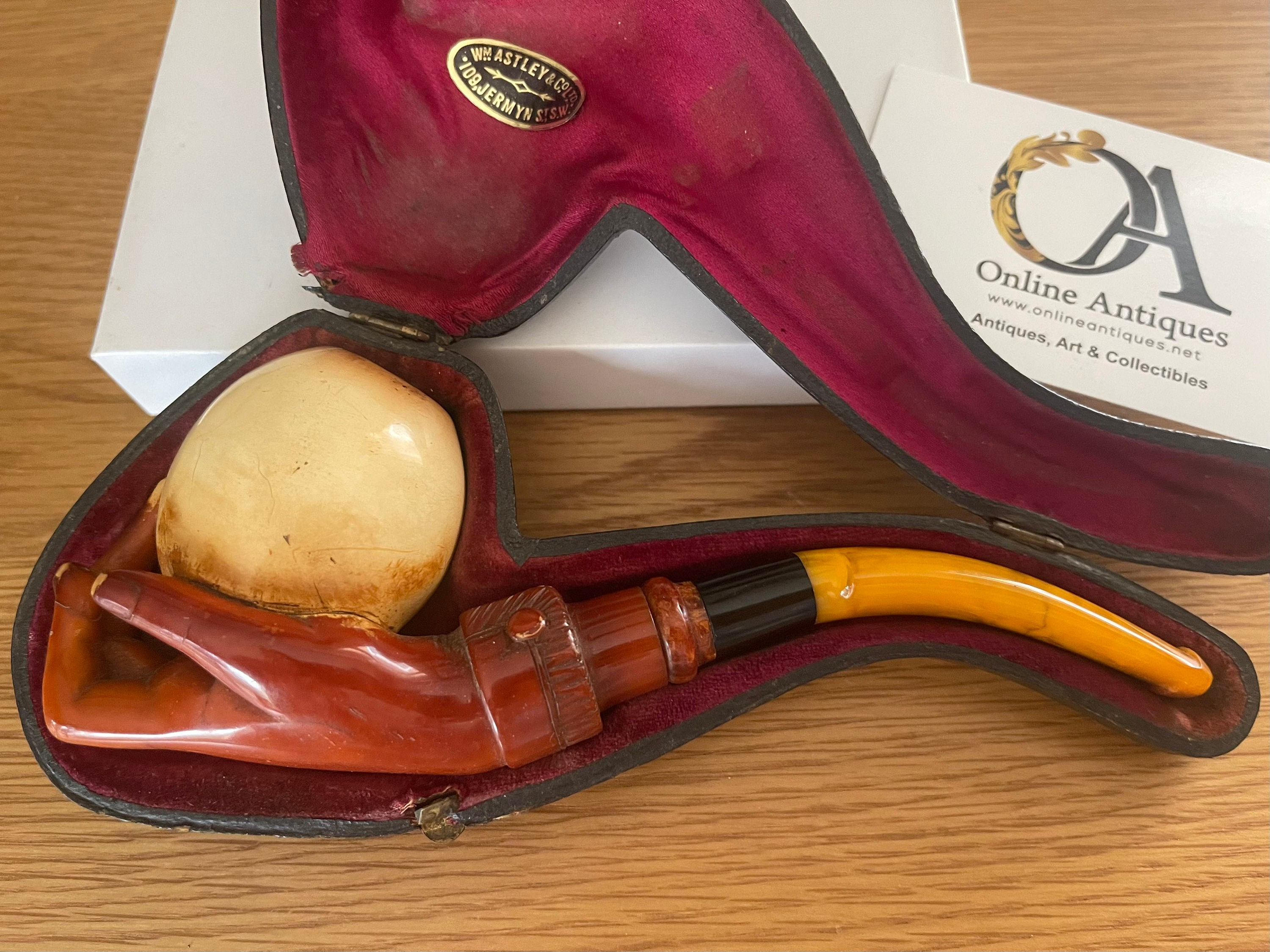 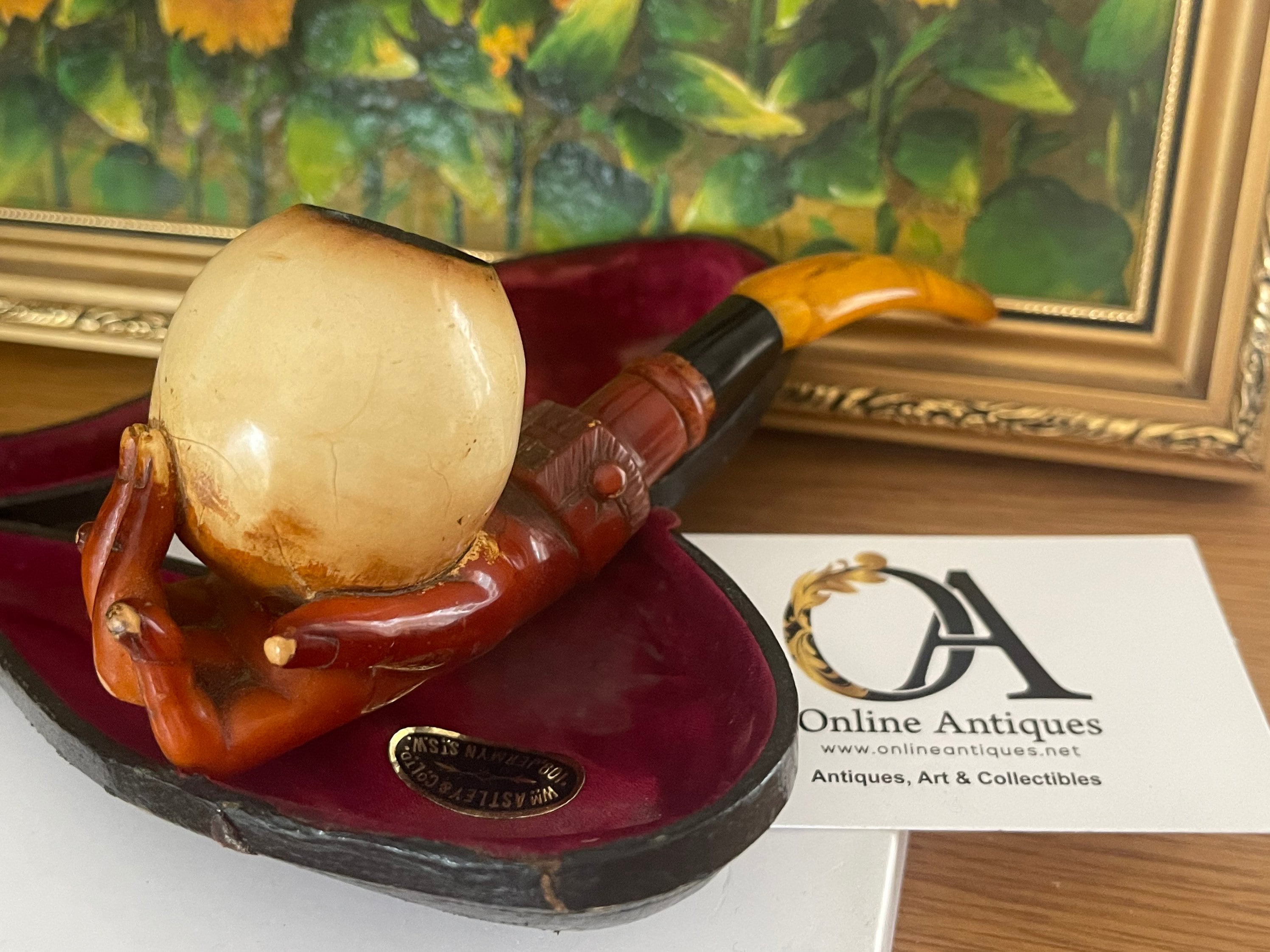 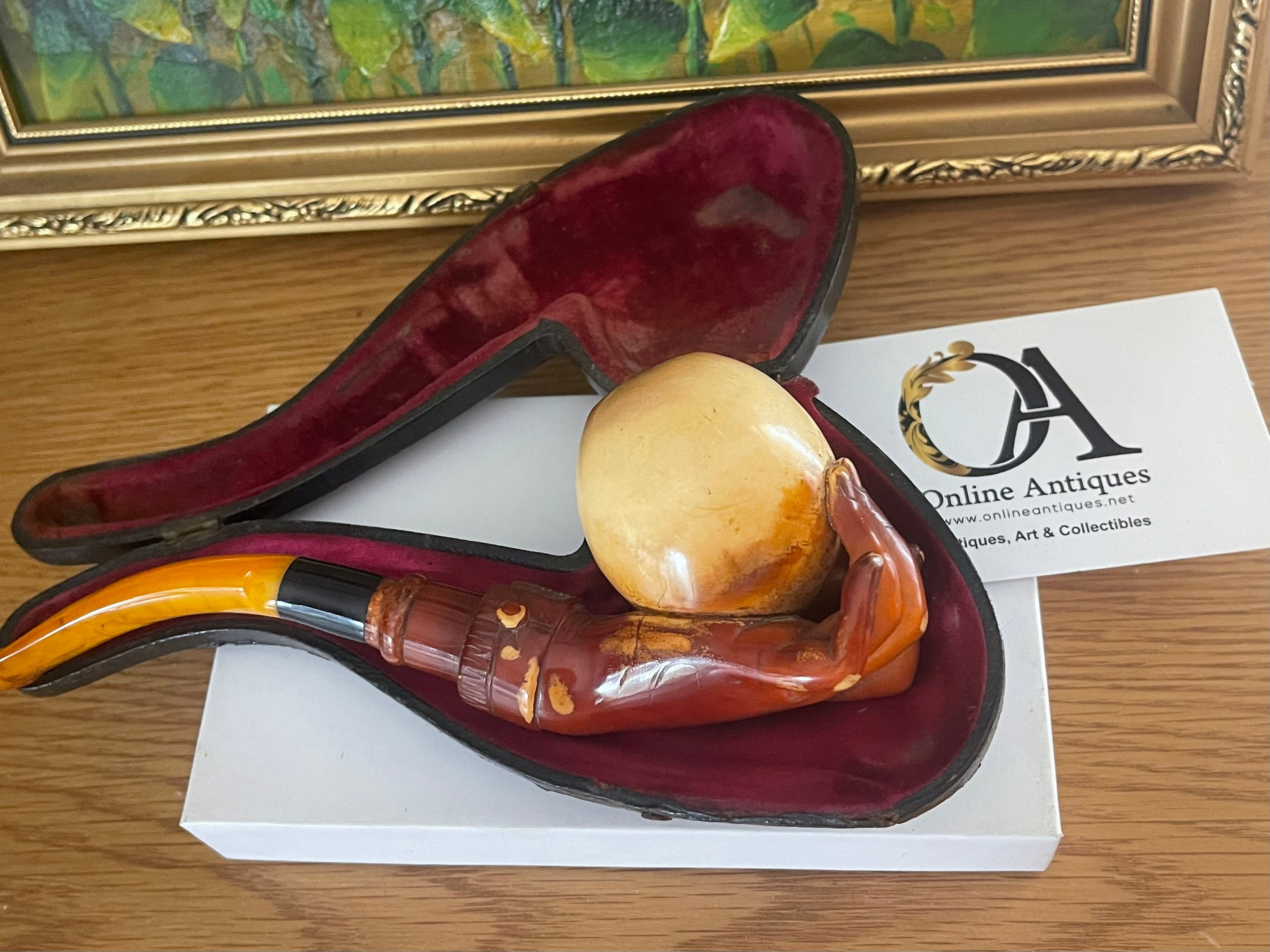 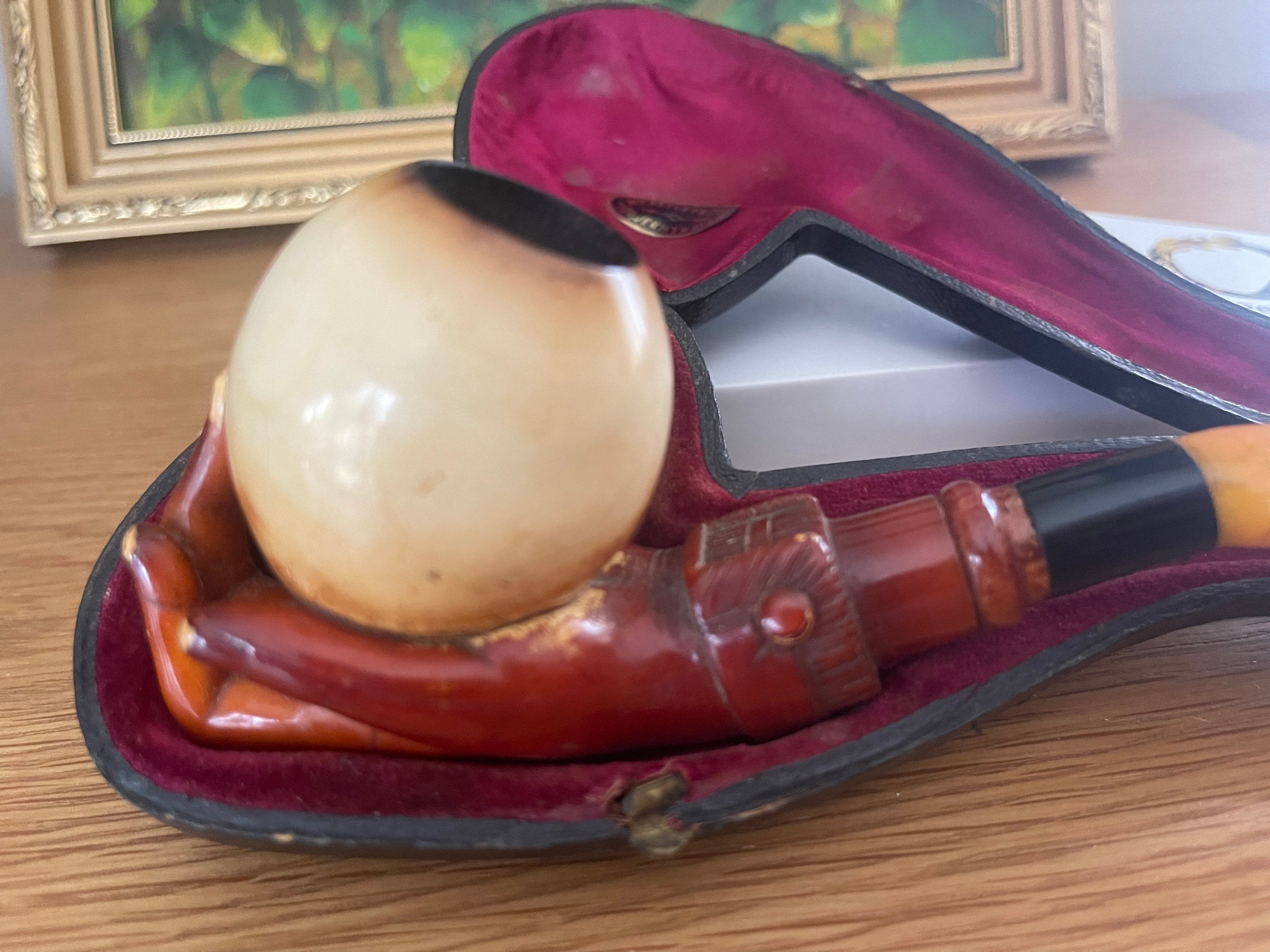 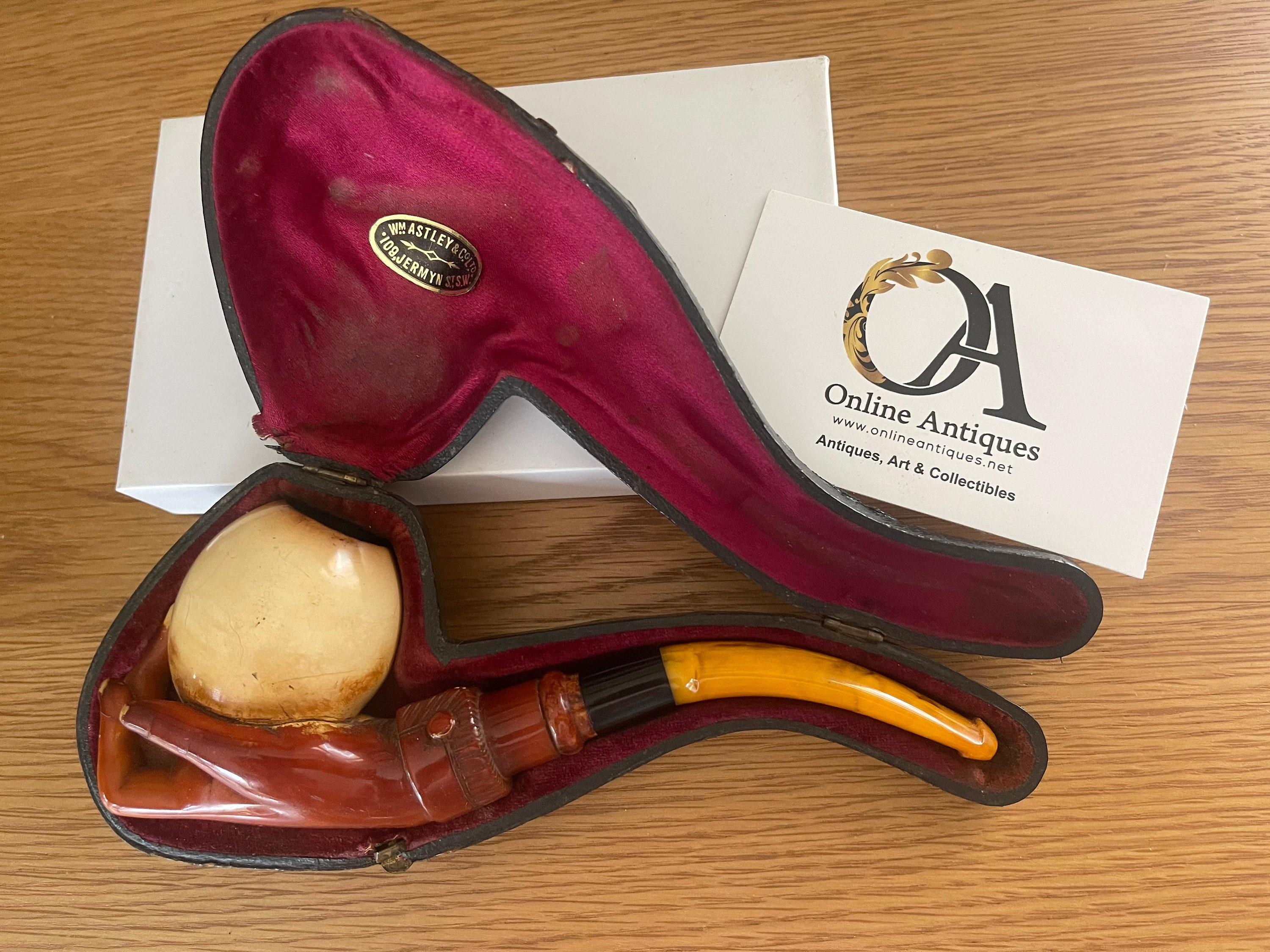 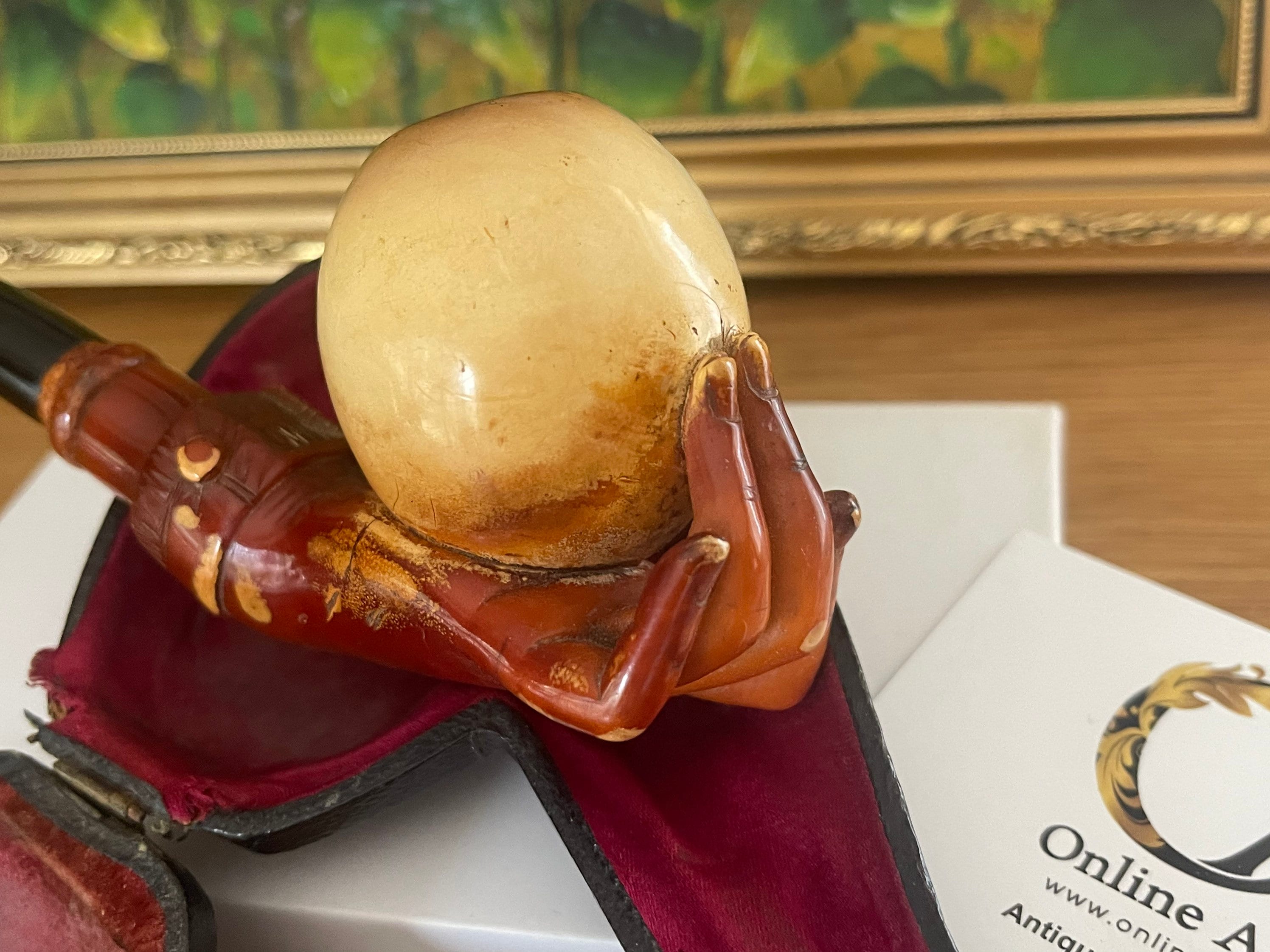 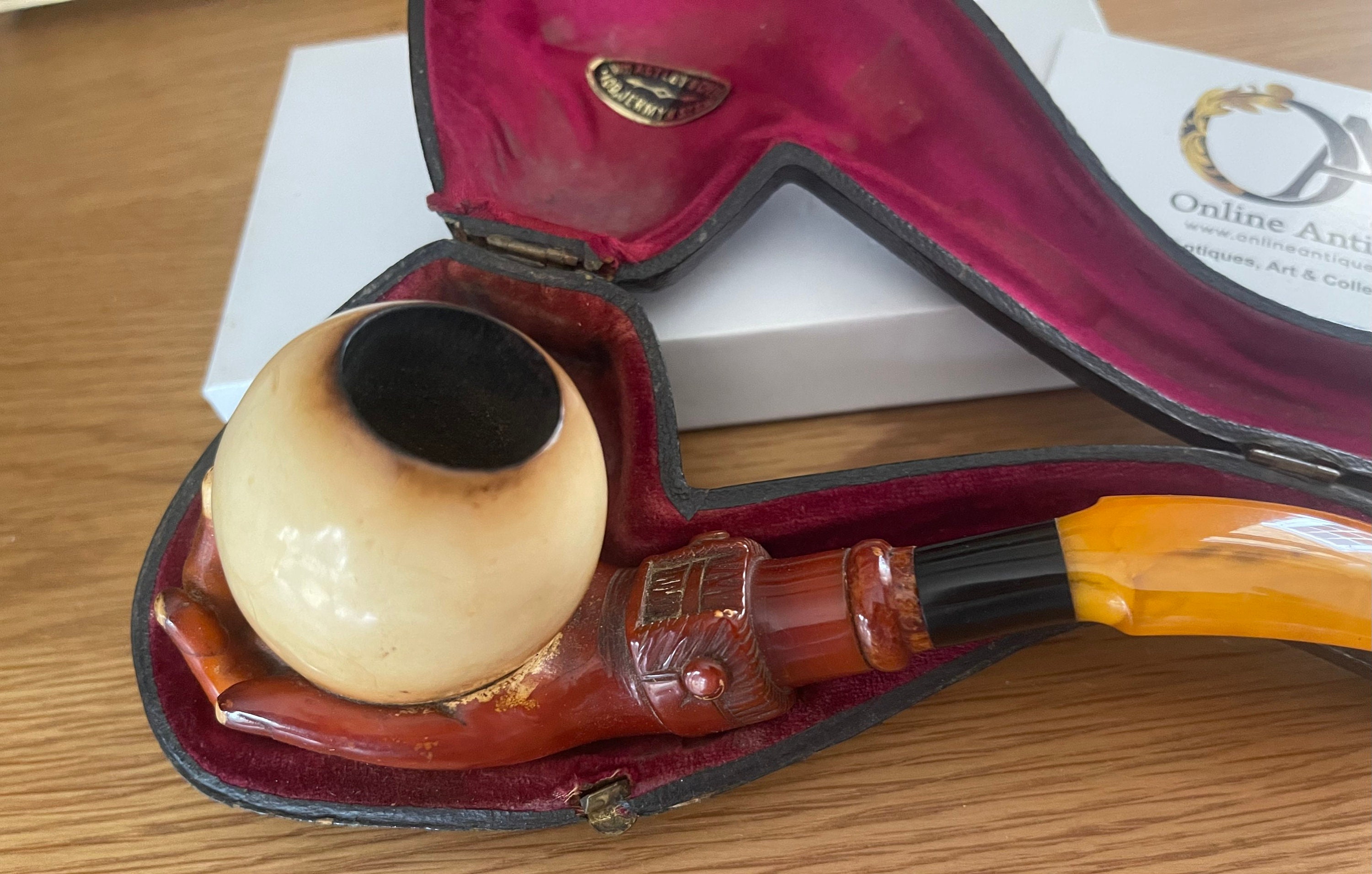 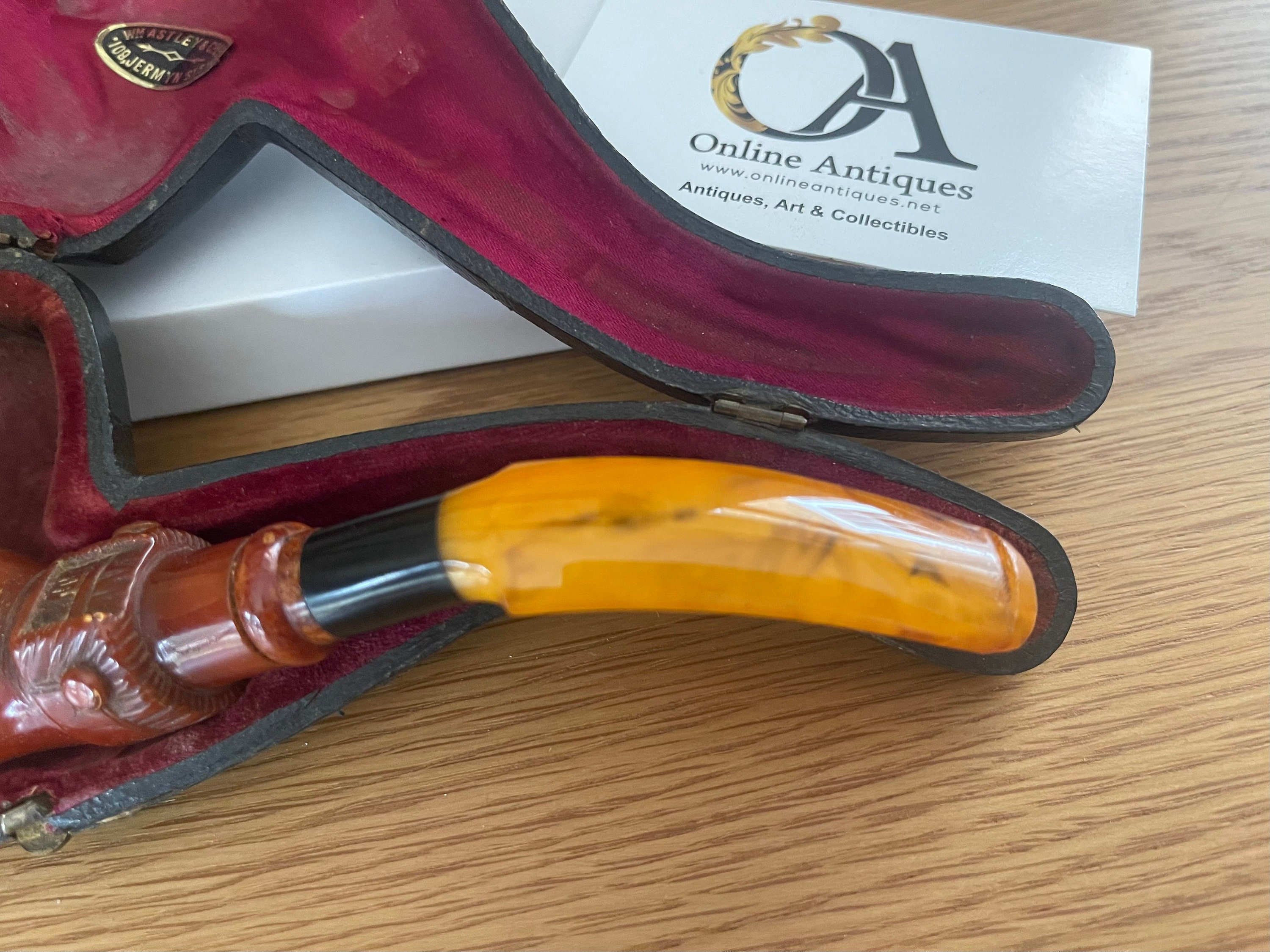 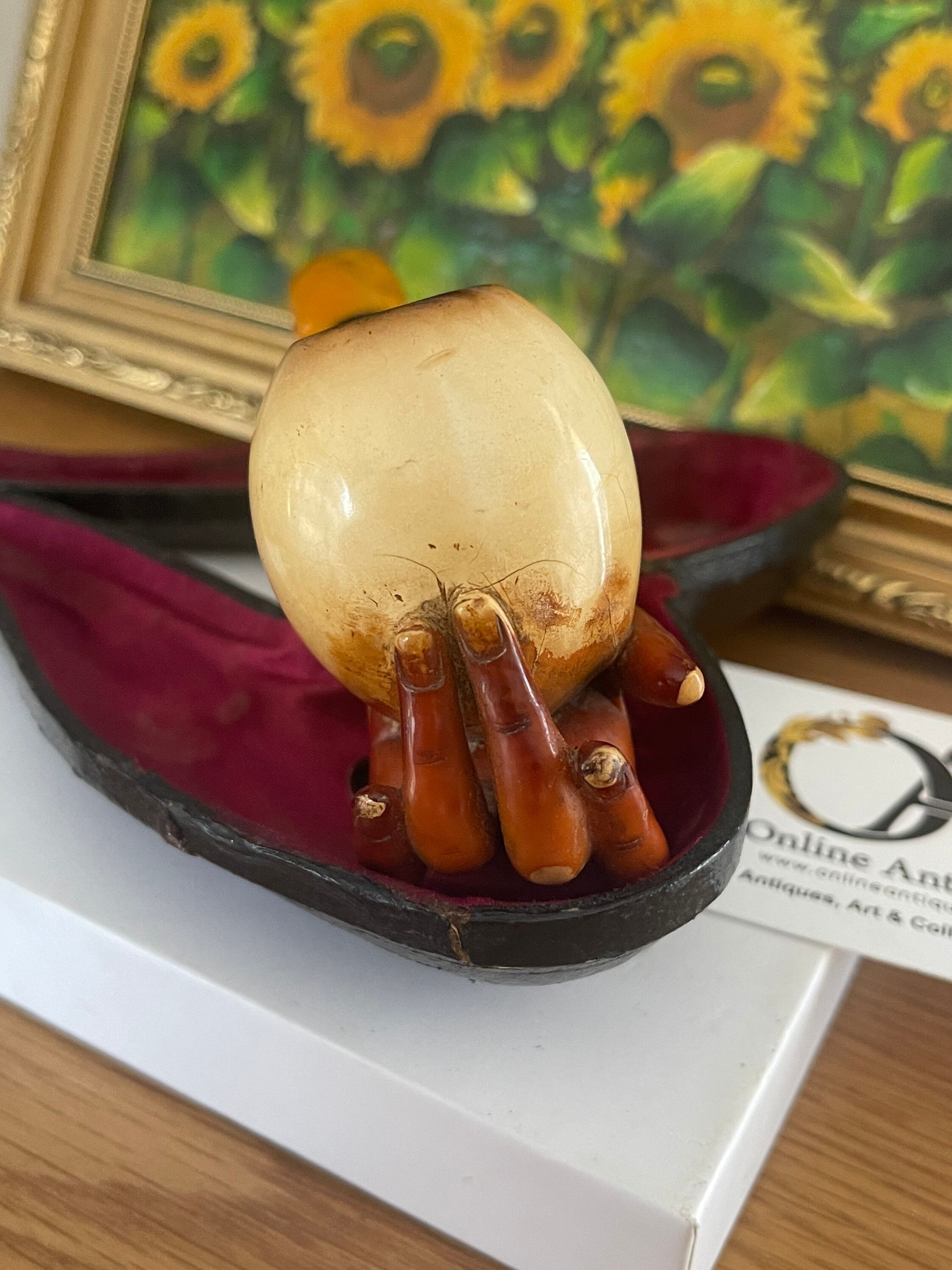 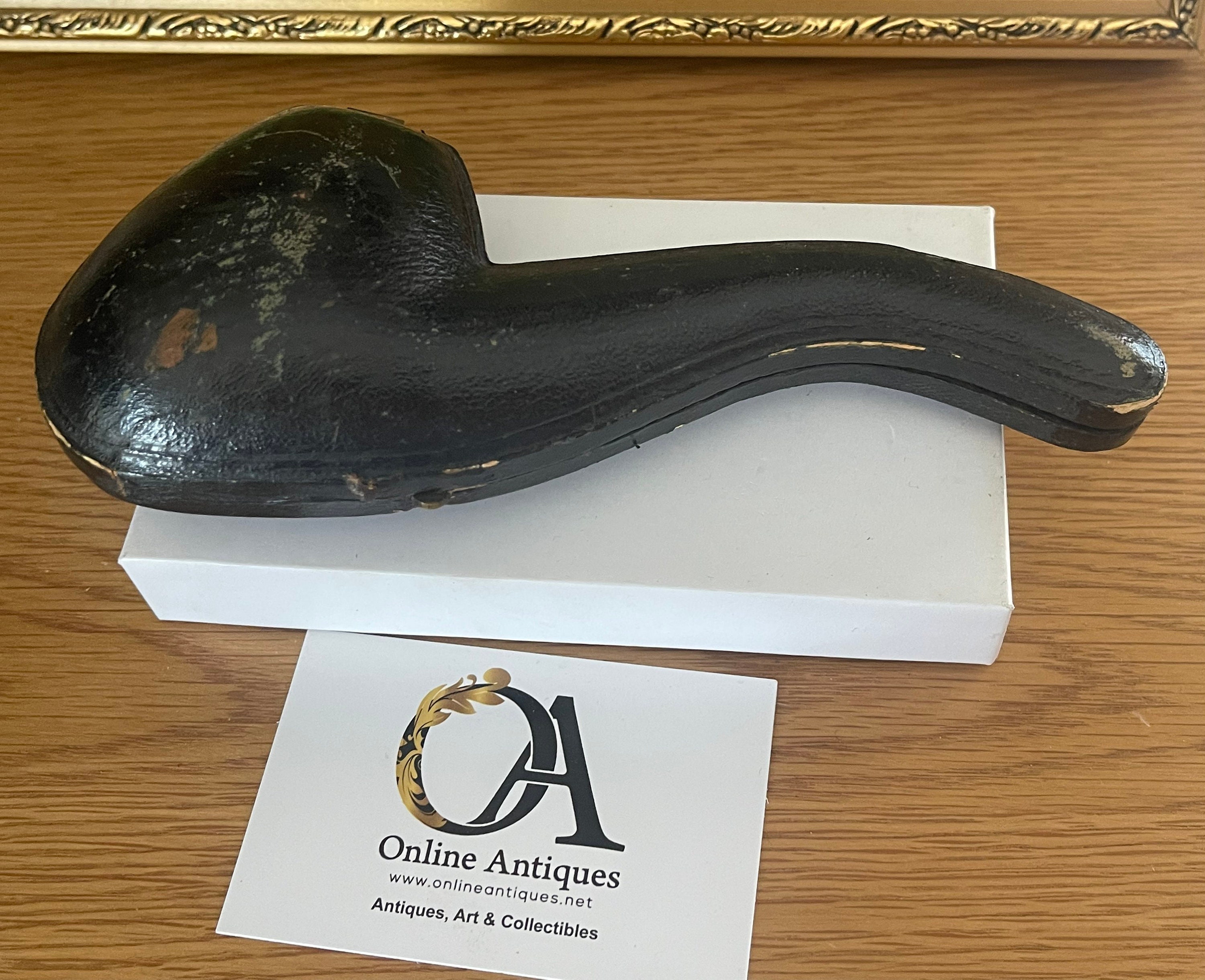 
This is in its original fitted case with makers label. The clasp works but hinge is coming away slightly which often is the case

Astley’s was both a brand and name of a famous London tobacconist. The first shop was founded in 1862 and was located at 109 Jermyn Street, just down the road from the Charatan’s shop. They sold meerschaum pipes and later classic pipe shaped briar pipes. The owner of this shop was Mr. Paul Bentley whose family owned and ran the shop since the 1930’s. The shop closed some time ago, and the name of the brand was bought by Mordechai (Moty) Ezrati, who also owns the James Upshall pipe brand.

Astley’s served as an extremely exclusive and renowned shopping outlet for outstanding pipes for the British royalty and London gentry alike. Visitors to London sought out this shop as a ‘must visit’ during their stay. Although they never made their own pipes, the Astley branded pipe was made on contract by Charatan (until the 1980’s), James Upshall, Dunhill, L&JS, and Bill Taylor of Ashton pipes. Some sources (The Piperack for instance) say that Comoy’s and GBD had also made pipes for Astley’s. The shop always commanded extremely high prices for their much sought after specimens.

After Charatan had changed hands and was sold to Herman Lane Limited in the United States, Astley’s continued with their high grade pipe sales by presenting some of the best examples of British pipe manufacturing to pipe connoisseurs around the world.


The pipe is in great condition for its age and measures approx 16.5cm in length so the larger size and has a wonderful quality amber stem