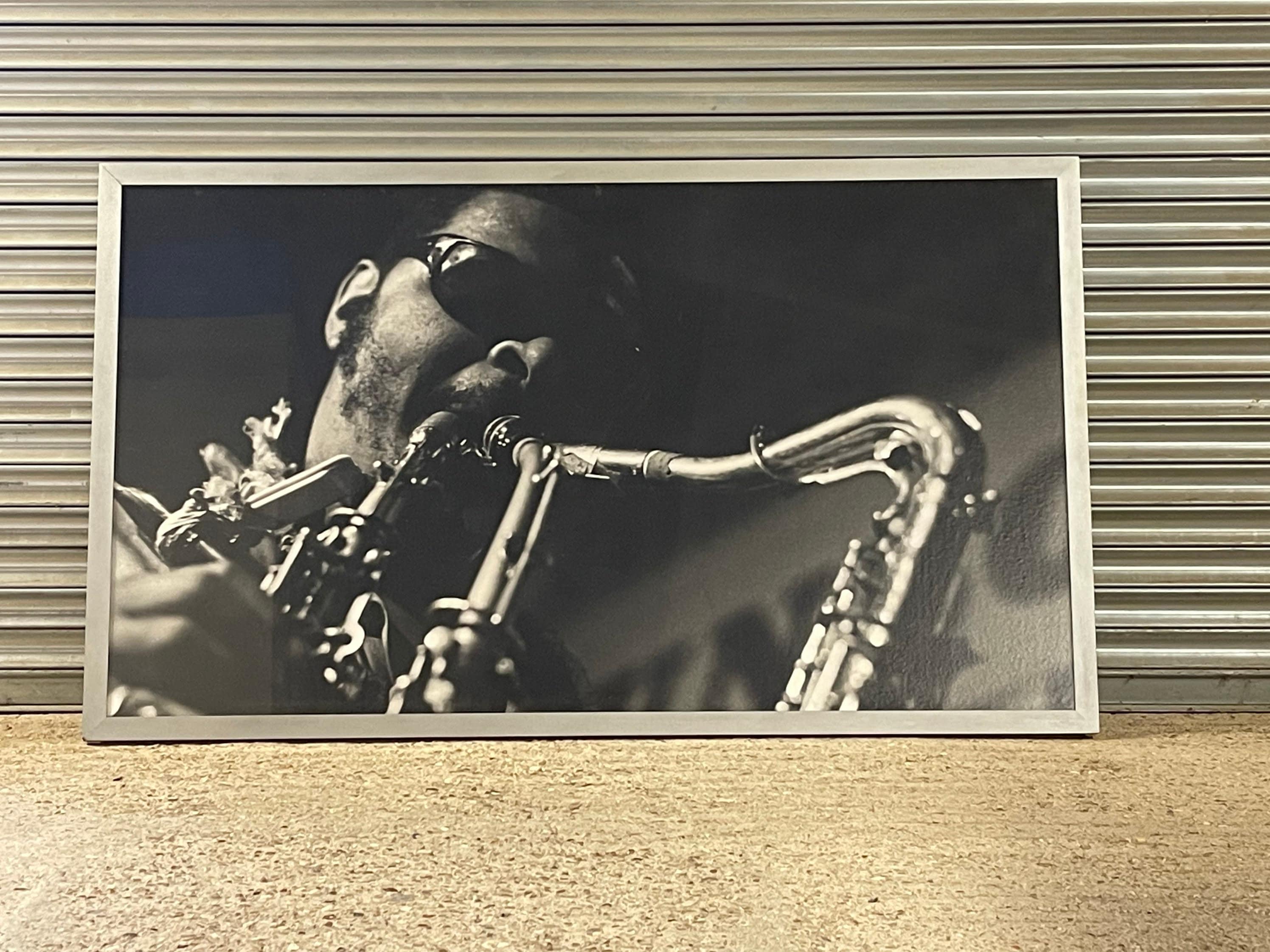 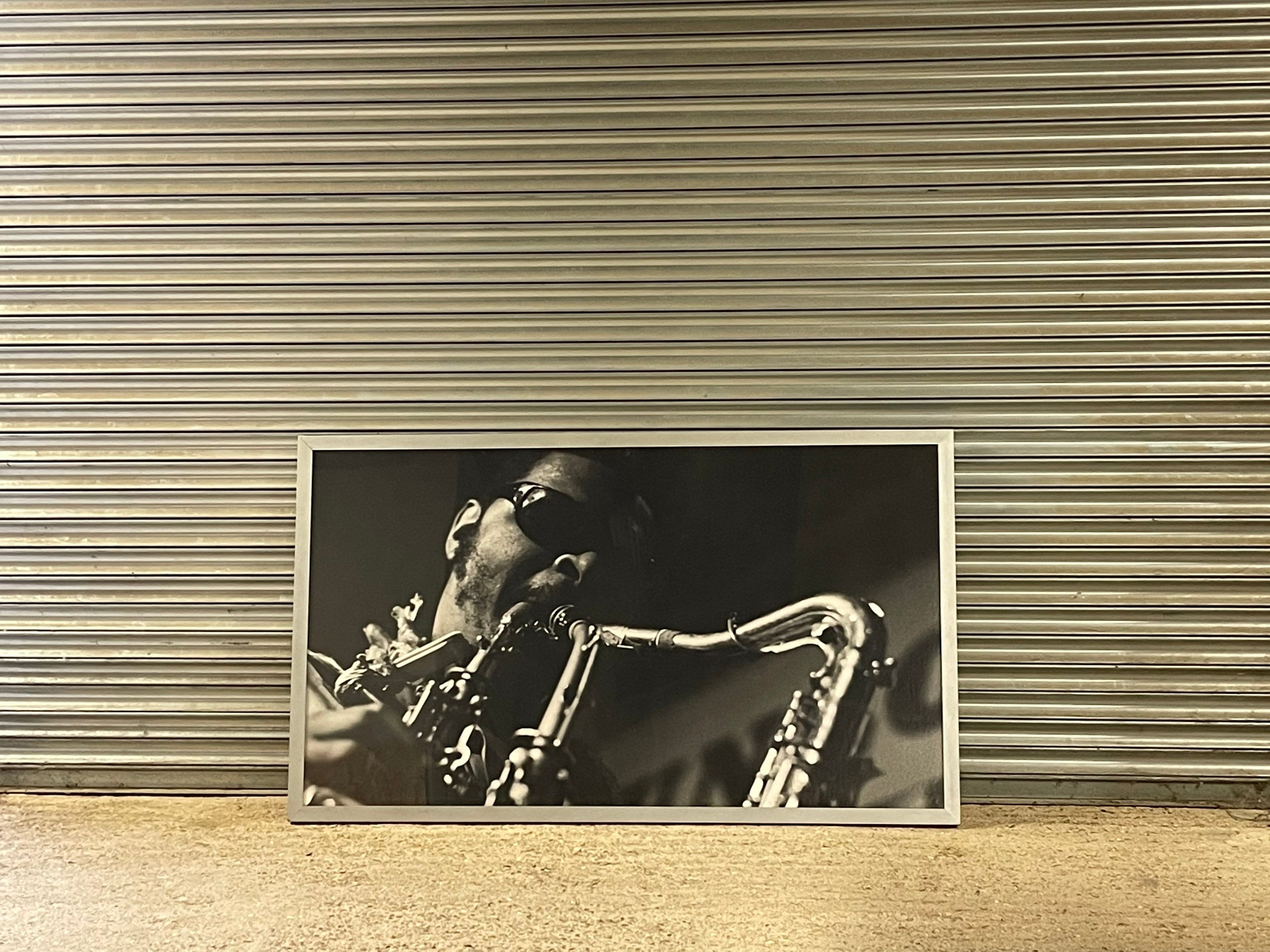 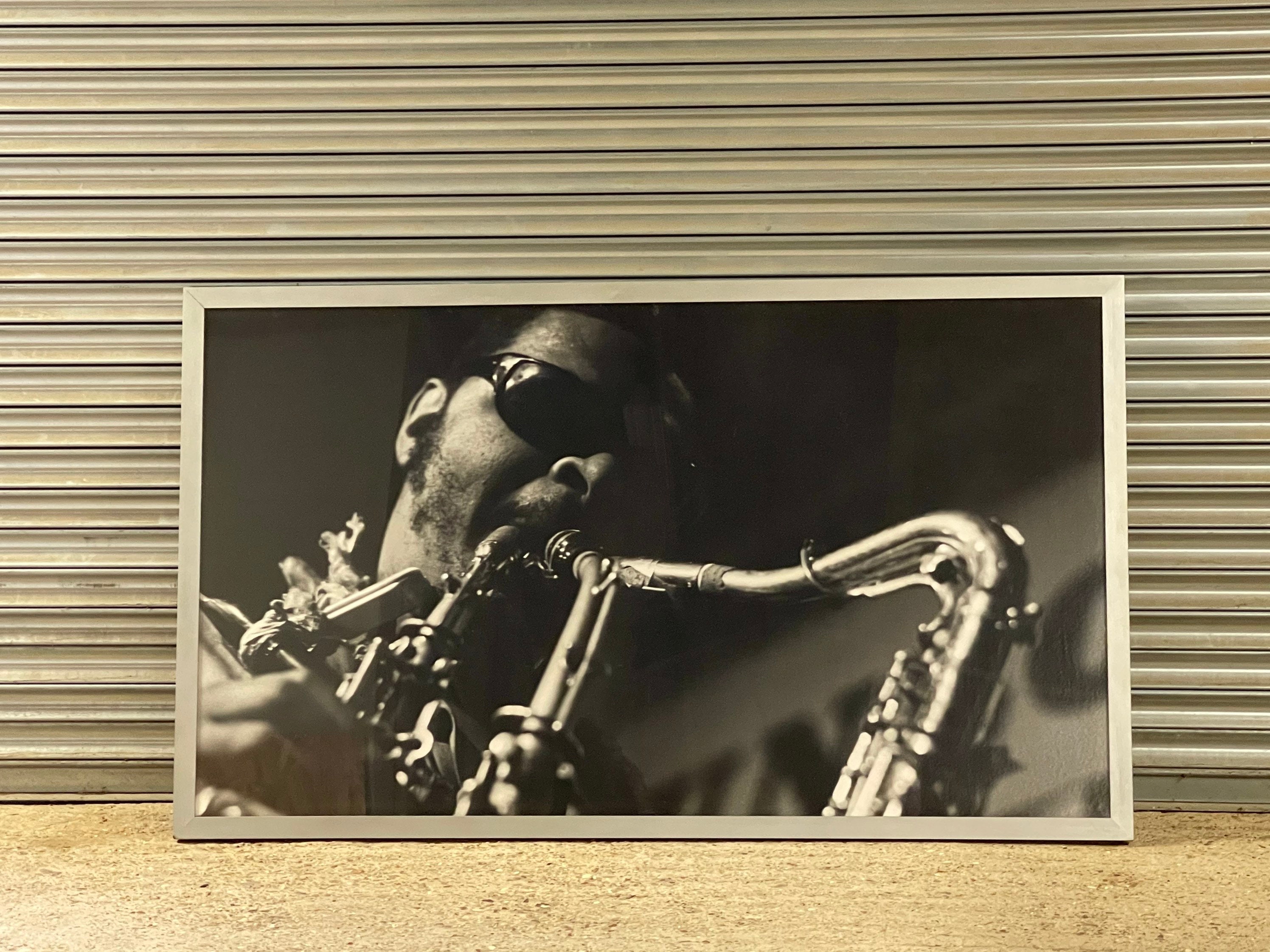 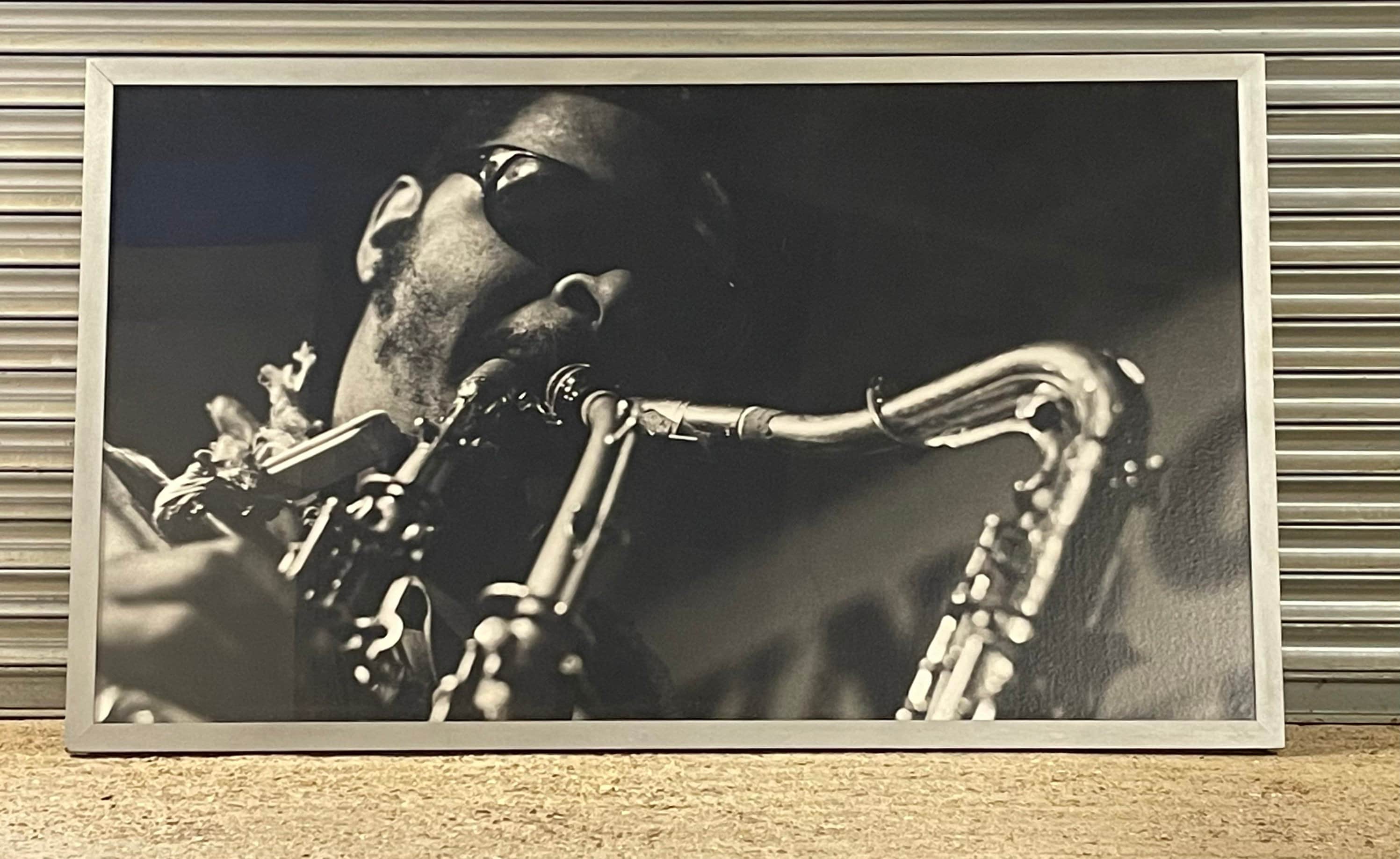 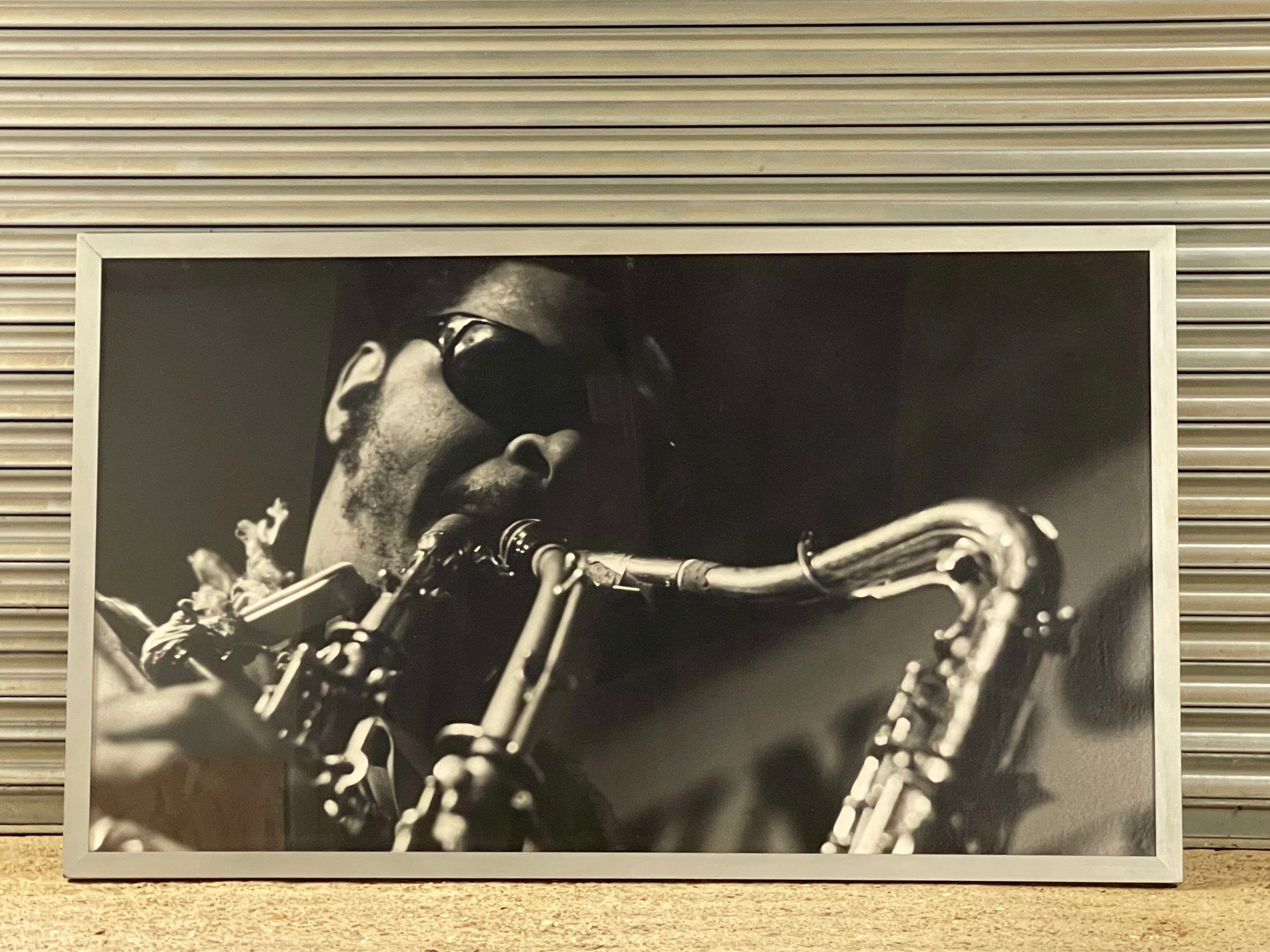 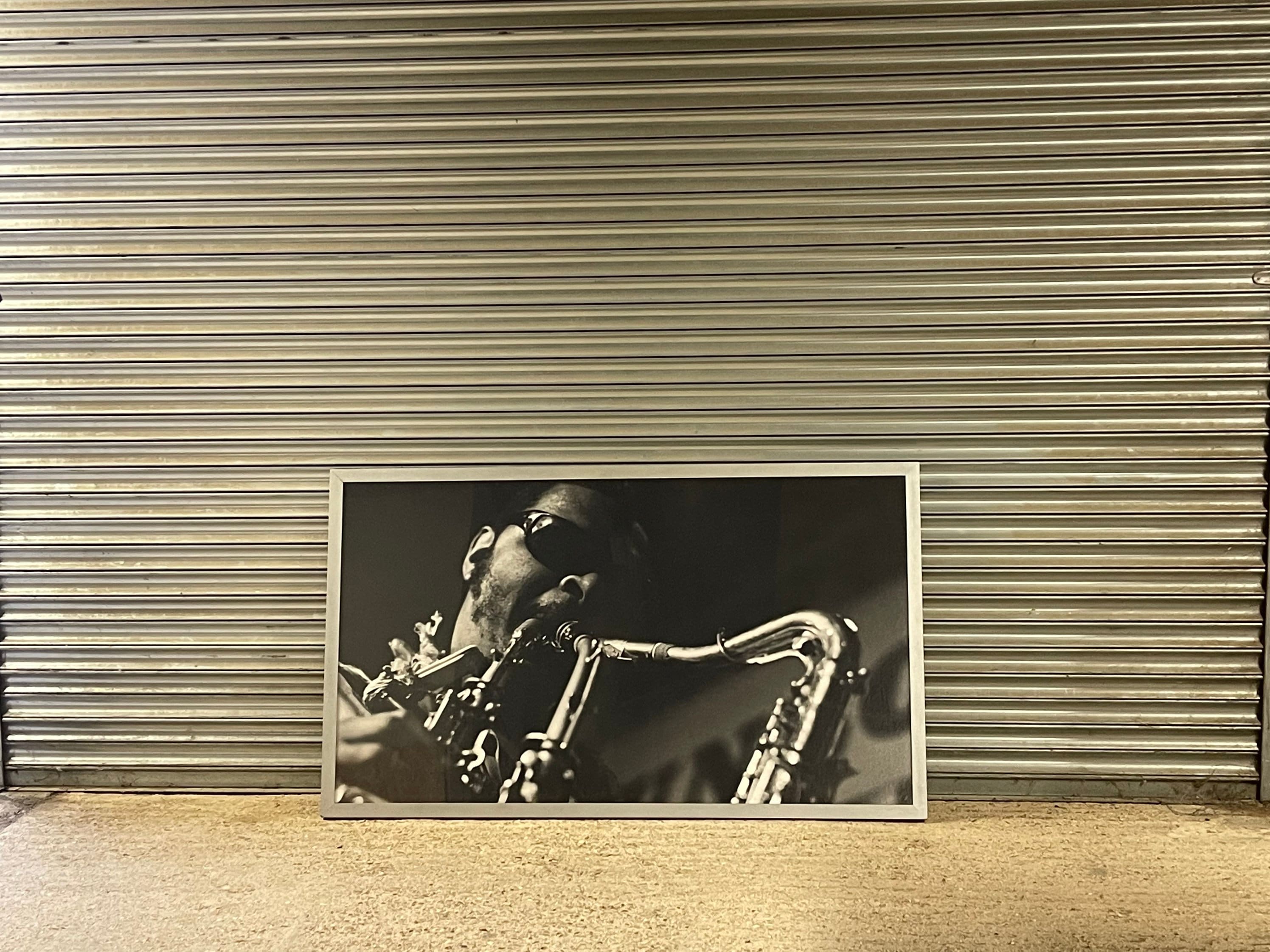 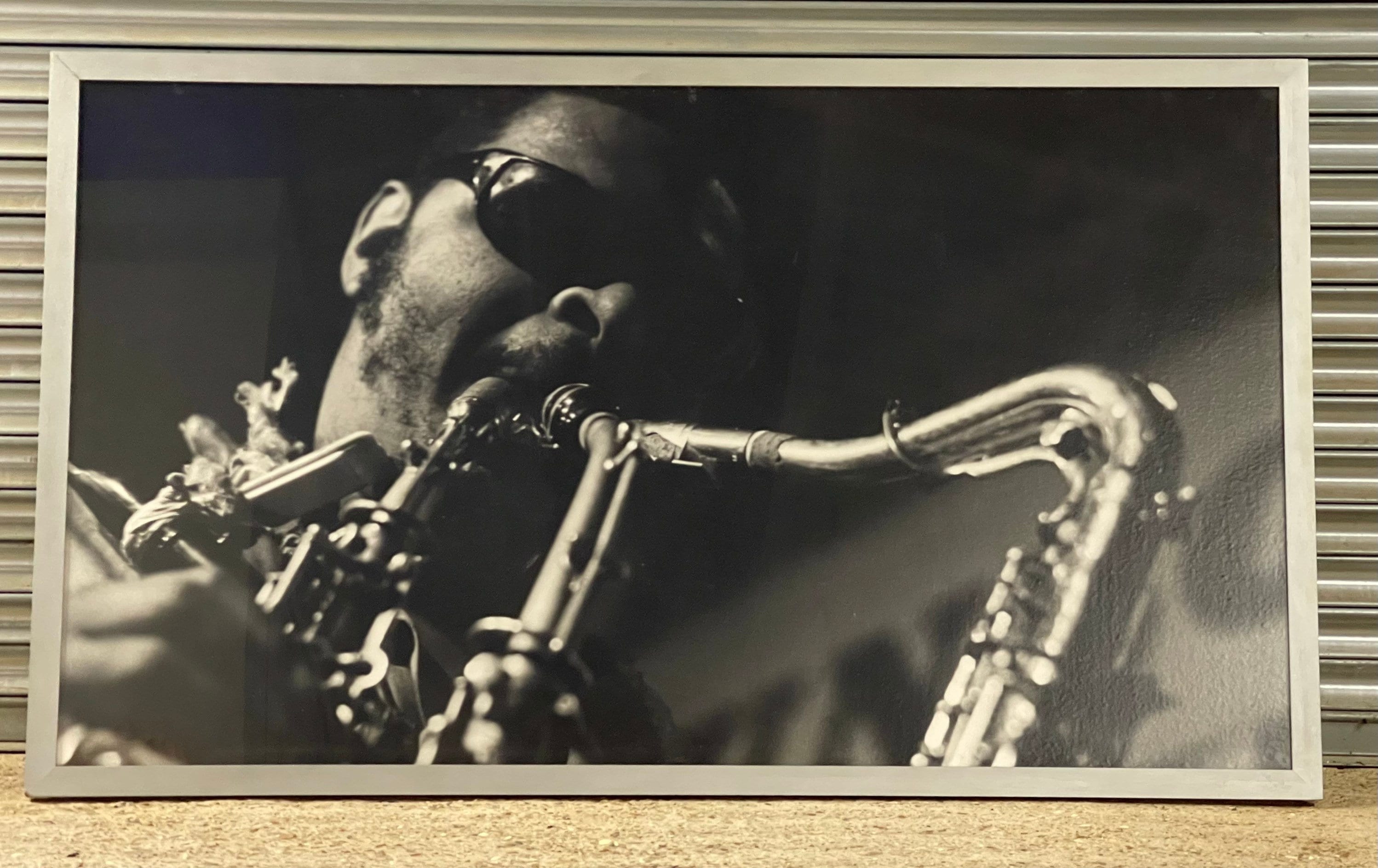 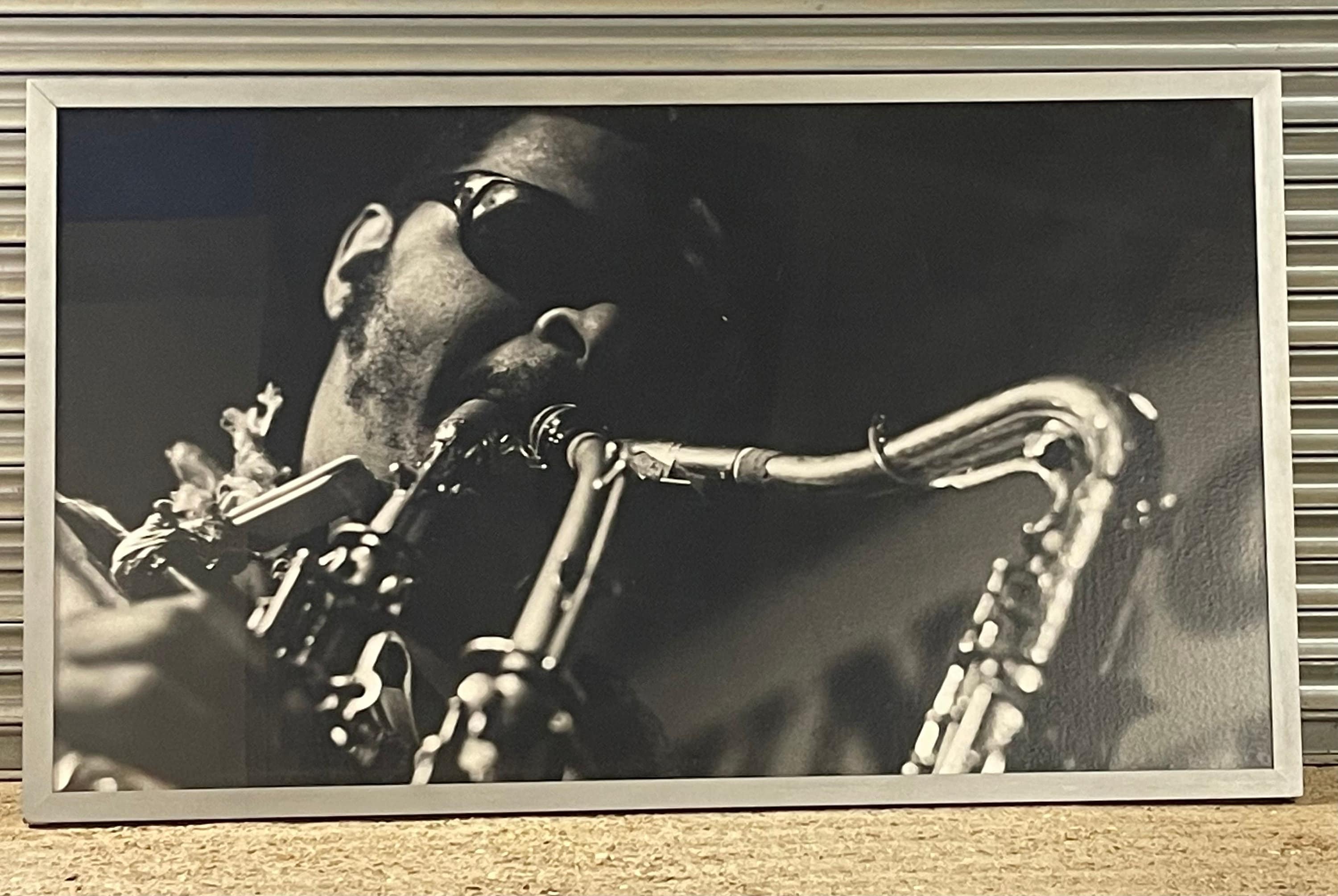 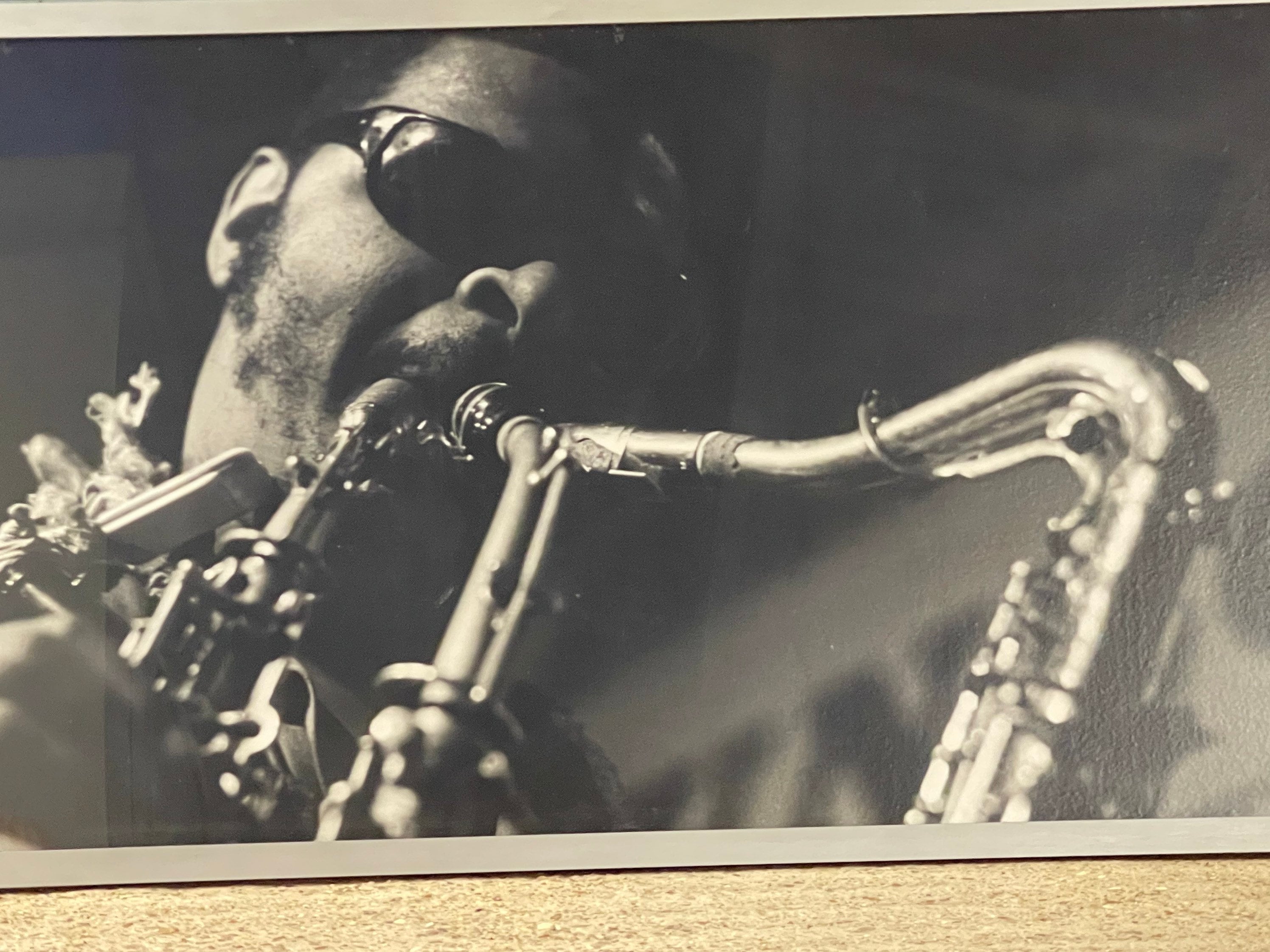 
Rahsaan Roland Kirk, known earlier in his career simply as Roland Kirk, was an American jazz multi-instrumentalist who played tenor saxophone, flute, and many other instruments.


Will be well packaged and sent via a private courier. Mainland UK only


Rahsaan Roland Kirk was an American jazz multi-instrumentalist who played tenor saxophone, flute, and many other instruments. Kirk was born Ronald Theodore Kirk in Columbus, Ohio, on August 7, 1935. He grew up in a neighborhood in Columbus called Flytown. Kirk was born with sight but became blind at the age of two due to poor medical treatment. He started to play the bugle and trumpet and then learned the clarinet and C-melody saxophone.


Kirk began playing tenor sax professionally in R&B bands in 1950 at the age of fifteen. While still a teenager, he discovered the Manzello and Stritch, a modified version of the Saxello which was itself a slightly curved variant of the B -flat soprano sax, the latter, a modified straight E flat alto.


In his early twenties, Kirk worked in Louisville, Kentucky, before moving to Chicago, Illinois, in 1960. That same year, he made the album, Introducing Roland Kirk which featured saxophonist/trumpeter, Ira Sullivan. In 1961 Kirk toured Germany and spent three months with Charles Mingus. Kirk also started to perform with his own group called the Vibration Society, recording prolifically with a range of sidemen.


Kirk himself rarely performed as a sideman, preferring instead to lead his own bands. One of his best known recording performances is with the lead flute and solo on Quincy Jones’s 1964 hit song, “Soul Bossa Nova.” By the mid-1960s, Kirk had become known as a jazz activist when he founded and led the Jazz and People’s Movement, a group which was devoted to opening up new opportunities for jazz musicians.


Kirk’s music was rooted in soul jazz and hard bop, but he had a wide knowledge of elements of music that ranged from ragtime to swing to free jazz. Kirk also absorbed classical influences, and a wide array of pop or jazz musical influences reflected by his admiration of a wide range of composers like Smokey Robinson, Burt Bacharach, Duke Ellington, and John Coltrane.


Kirk played a number of instruments, including the saxophones, clarinets, and flutes. His main instrument was the tenor saxophone, but he was at times known to play a number of horns at once, harmonizing with himself, or to sustain a note for lengthy durations by using circular breathing. Kirk was politically outspoken; during his concerts between songs, he often talked about topical issues that included black history and the civil rights movement. His monologues were often laced with satire and absurdist humor. Young comedian Jay Leno toured with Kirk as an opening act. Kirk introduced him as a “young brother who knows the black experience.”


In 1975 Kirk suffered a major stroke which led to partial paralysis of one side of the body. Nonetheless, he continued to perform and record, modifying his instruments to enable him to play with one arm. At a live performance at the Ronnie Scott Club in London in 1976 he managed to play two instruments. He completed the international tour and even appeared on British television. Rahsaan Roland Kirk died of a second stroke in 1977 after performing in the Frangipani Room of the Indiana University Student Union in Bloomington, Indiana, at the age of forty-two.