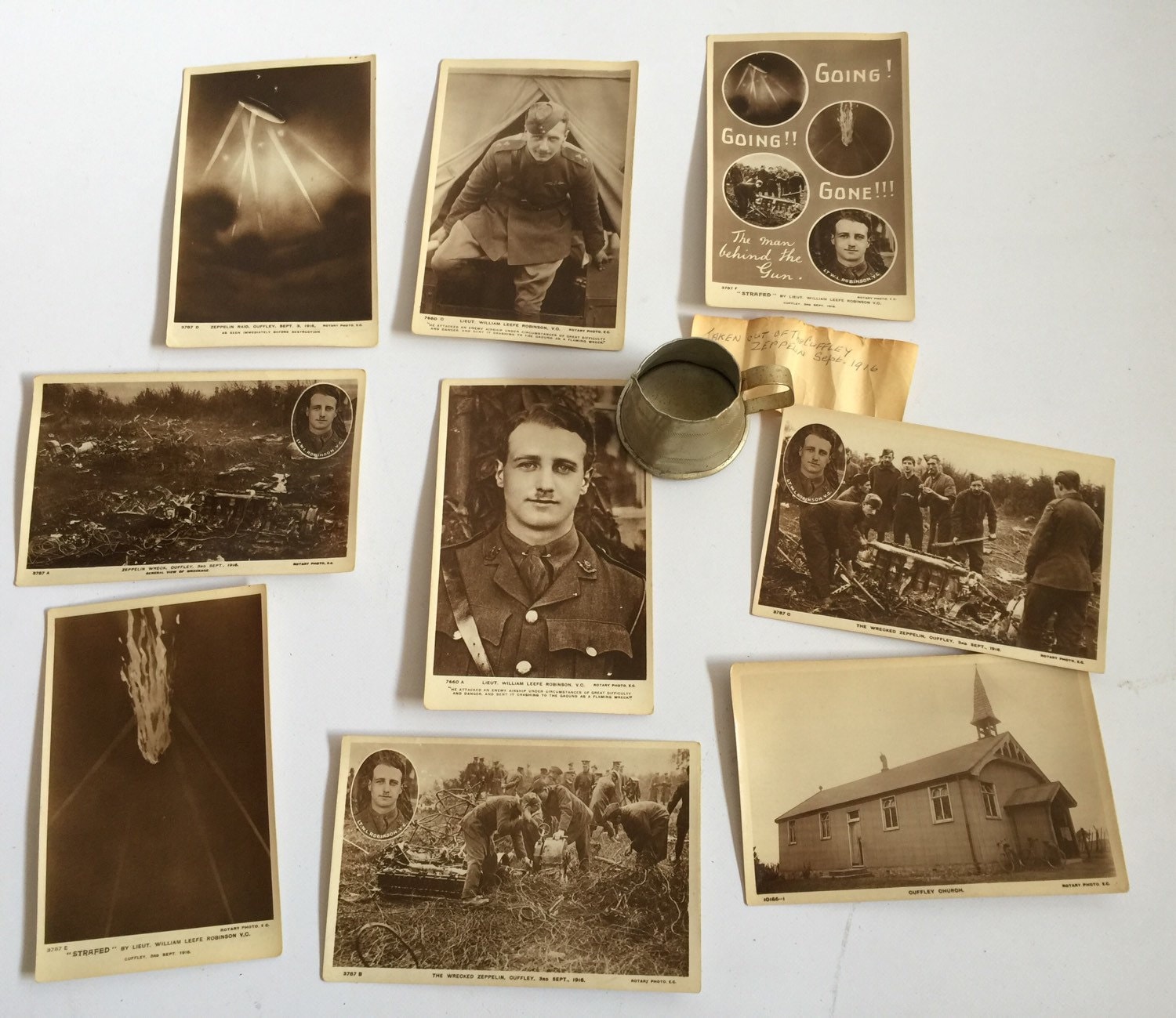 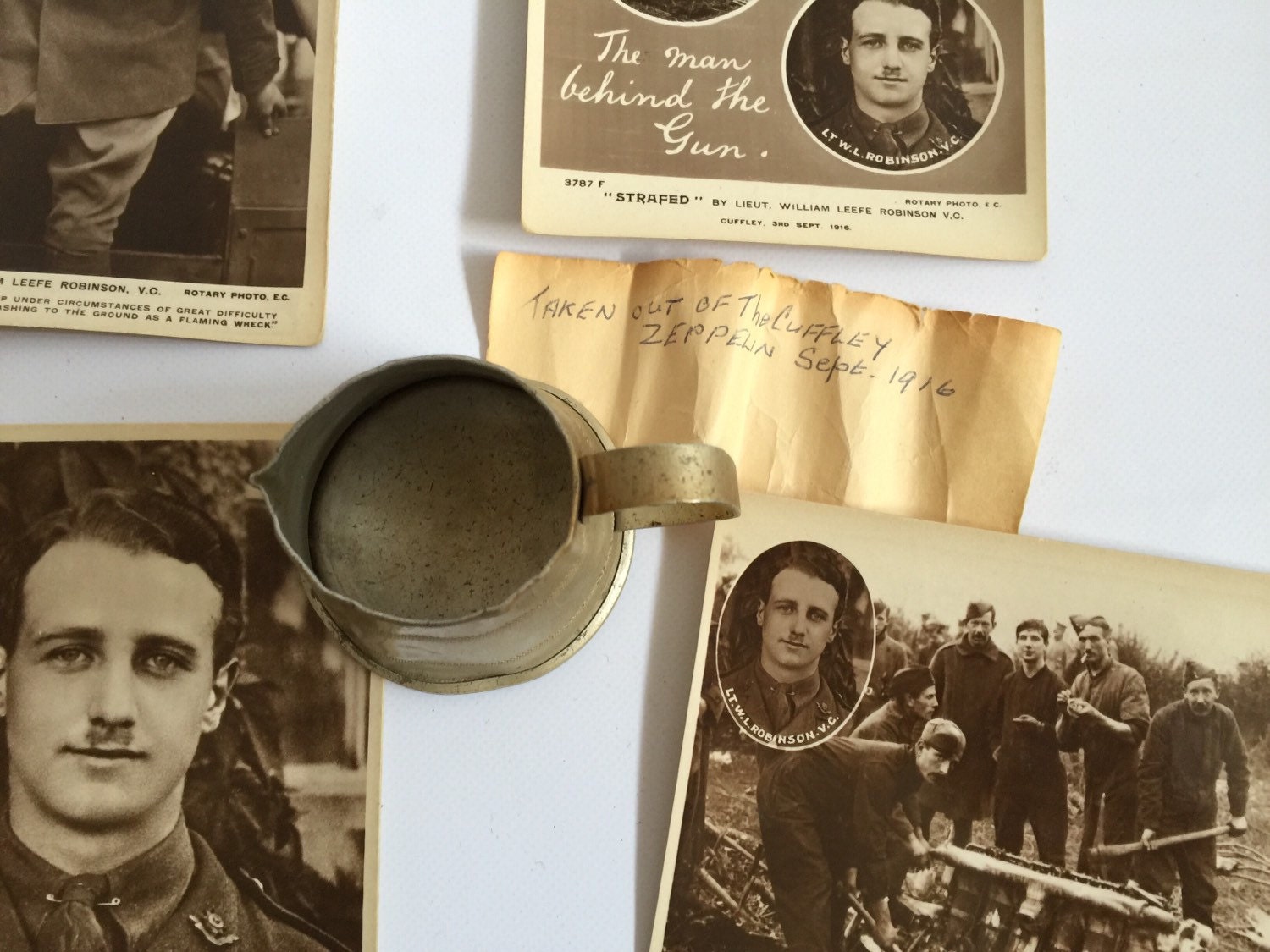 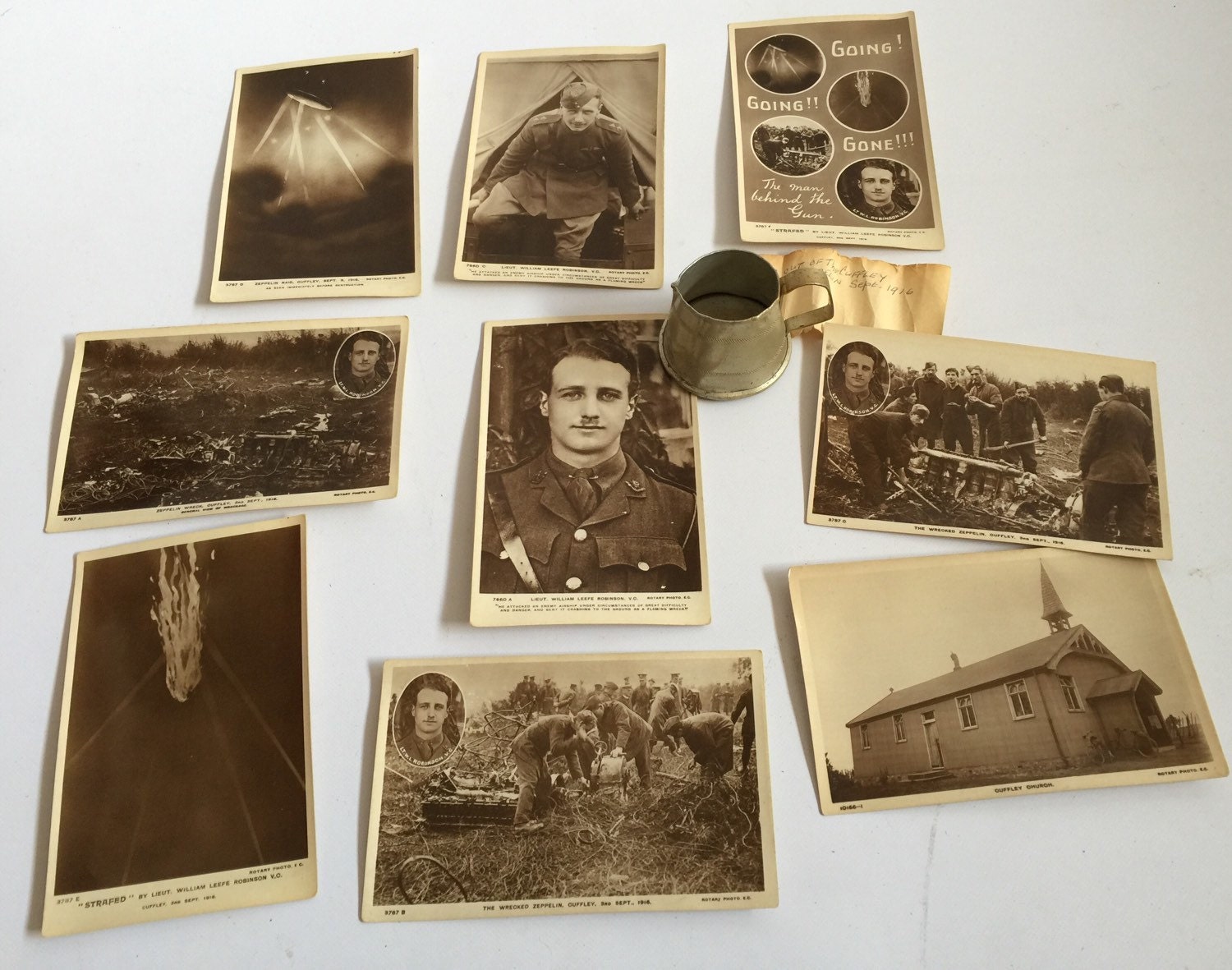 A small oil can (could have held other liquid) which was salvaged from the wreckage of the airship / Zeppelin shot down by Leefe Robinson.

The Schutte-Lanz SL11, a German Airship that crashed in Cuffley on the night of the 2nd of September 1916
It had already caused the deaths of 352 people in previous raids, including dropping 44 bombs on Hertford in one incident. The airship was brought down by Lieutenant William
Leefe Robinson of the Worcester Regiment and Royal Flying Corpos and was the first airship to come down on British soil during World War One.

Thousands came to see the crash site and took away pieces of the wreckage and it is very rare therefore for a whole item to have been salvaged.
The oil can, which I think is an oil can, although can't be certain, it might have held other sort of liquid, was salvaged and a note was put in the can as provenance.

This is a fantastic collectors item

William Leefe Robinson became the first person to shoot down a German airship over the UK. The revolutionary bullets he used helped end the airship threat - but also led to people on the home front facing an even greater danger.

From their first use in January 1915, German airships became a greatly feared foe. Suddenly British civilians were on the front line for the first time and could be attacked from the air at seemingly any moment.

Flying at more than 10,000ft meant the airships' aim was abysmal, but in many ways that served only to heighten the fear of those on the ground - they really did not know where the bombs would fall.

The terror the airships induced was amplified by the fact conventional attempts to shoot them down typically failed.

Bullets could pierce the skin of the airships, but the Baby Killers - as the airships were nicknamed - were still able to fly back across the North Sea to their bases in north-west Germany.

All of this changed in the early hours of 3 September, 1916, when Lt William Leefe Robinson proved they could be destroyed.