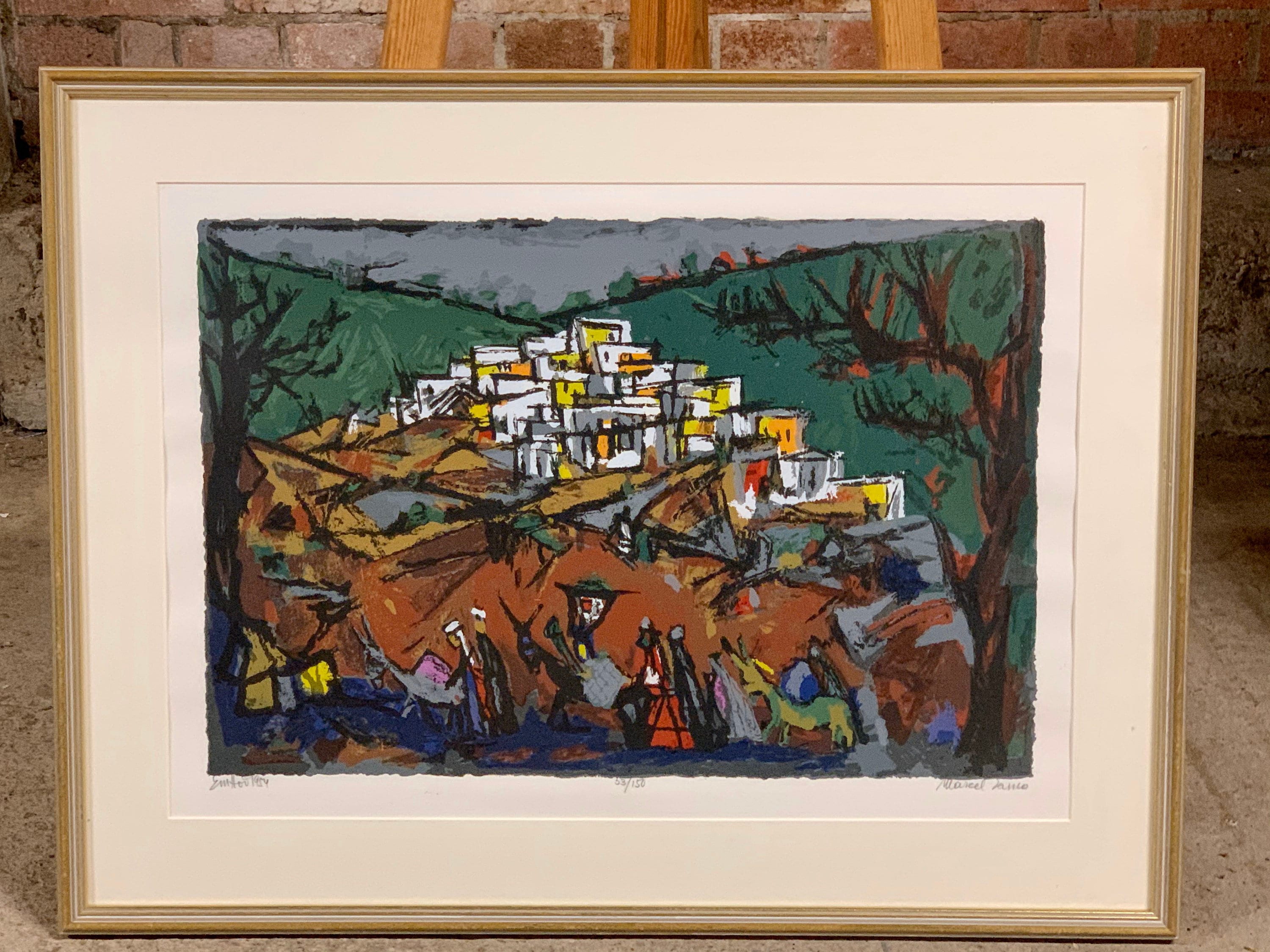 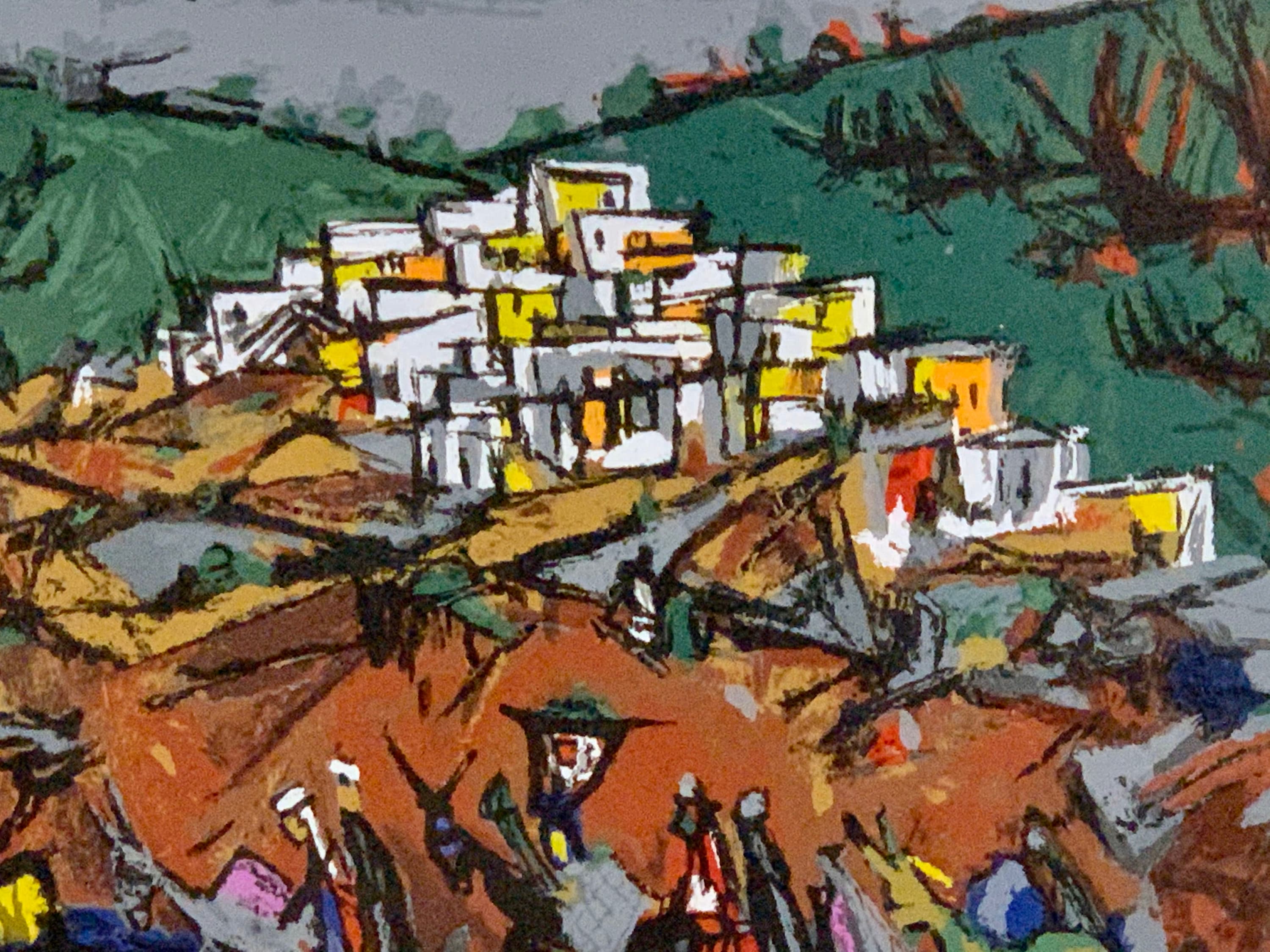 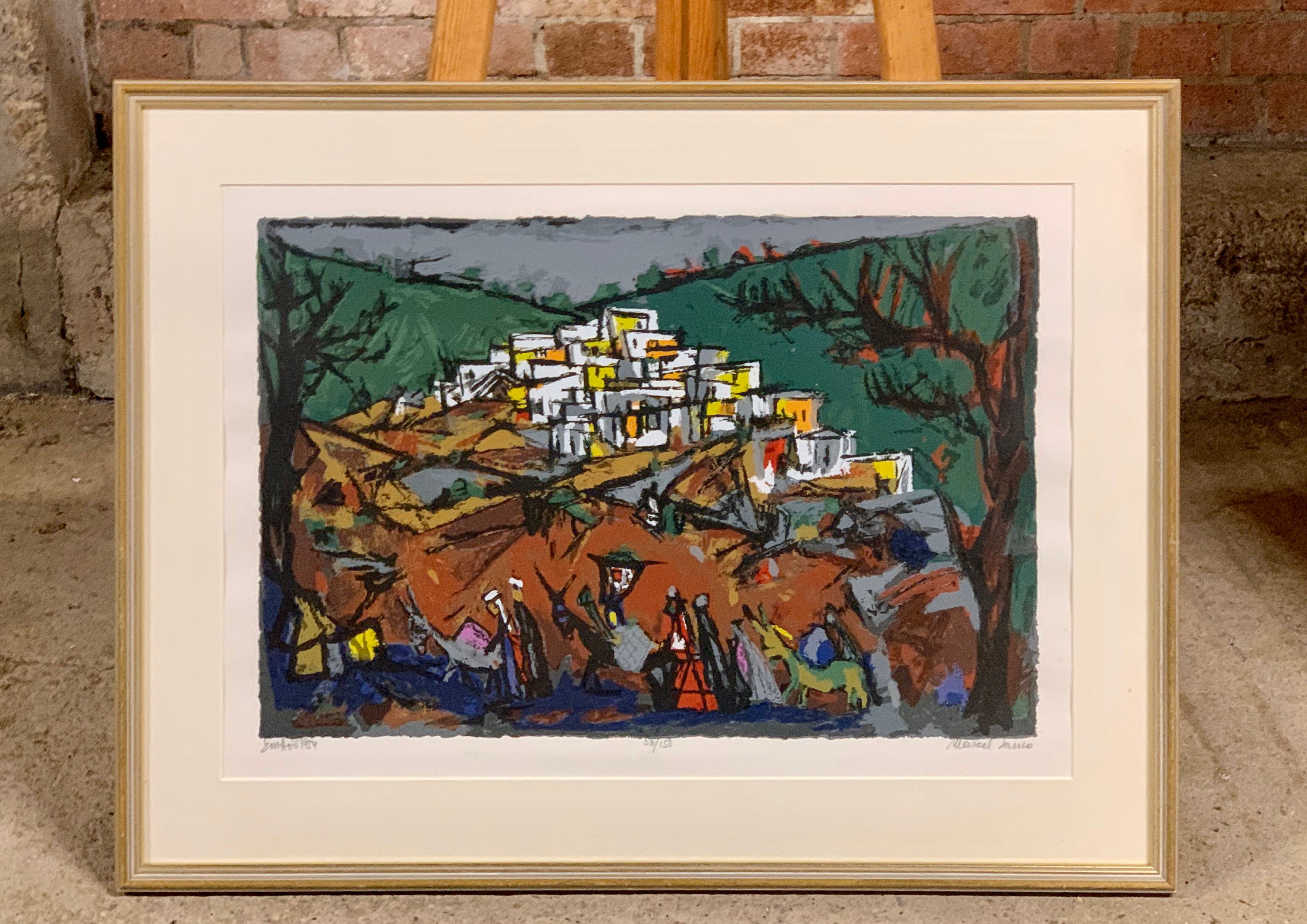 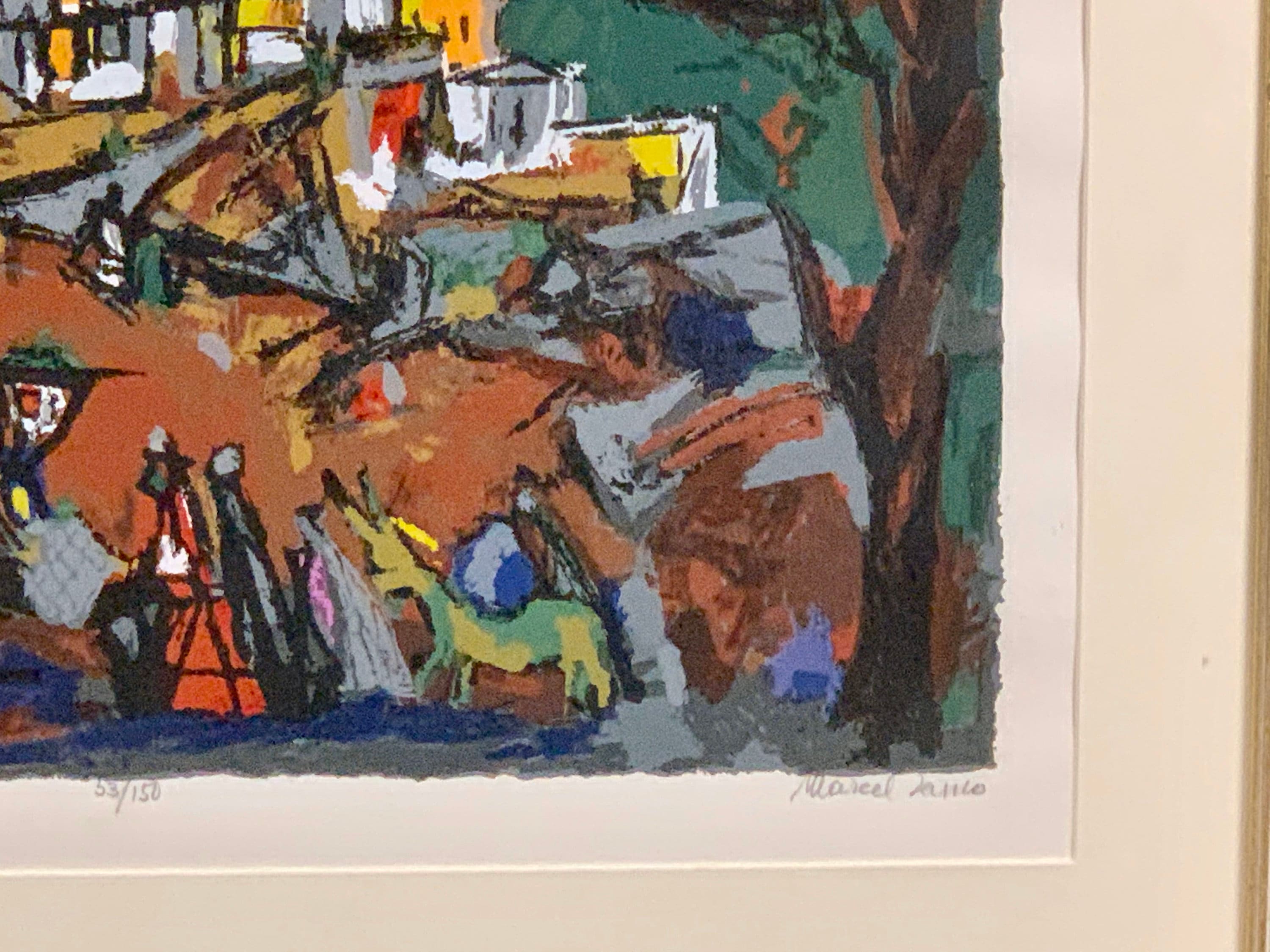 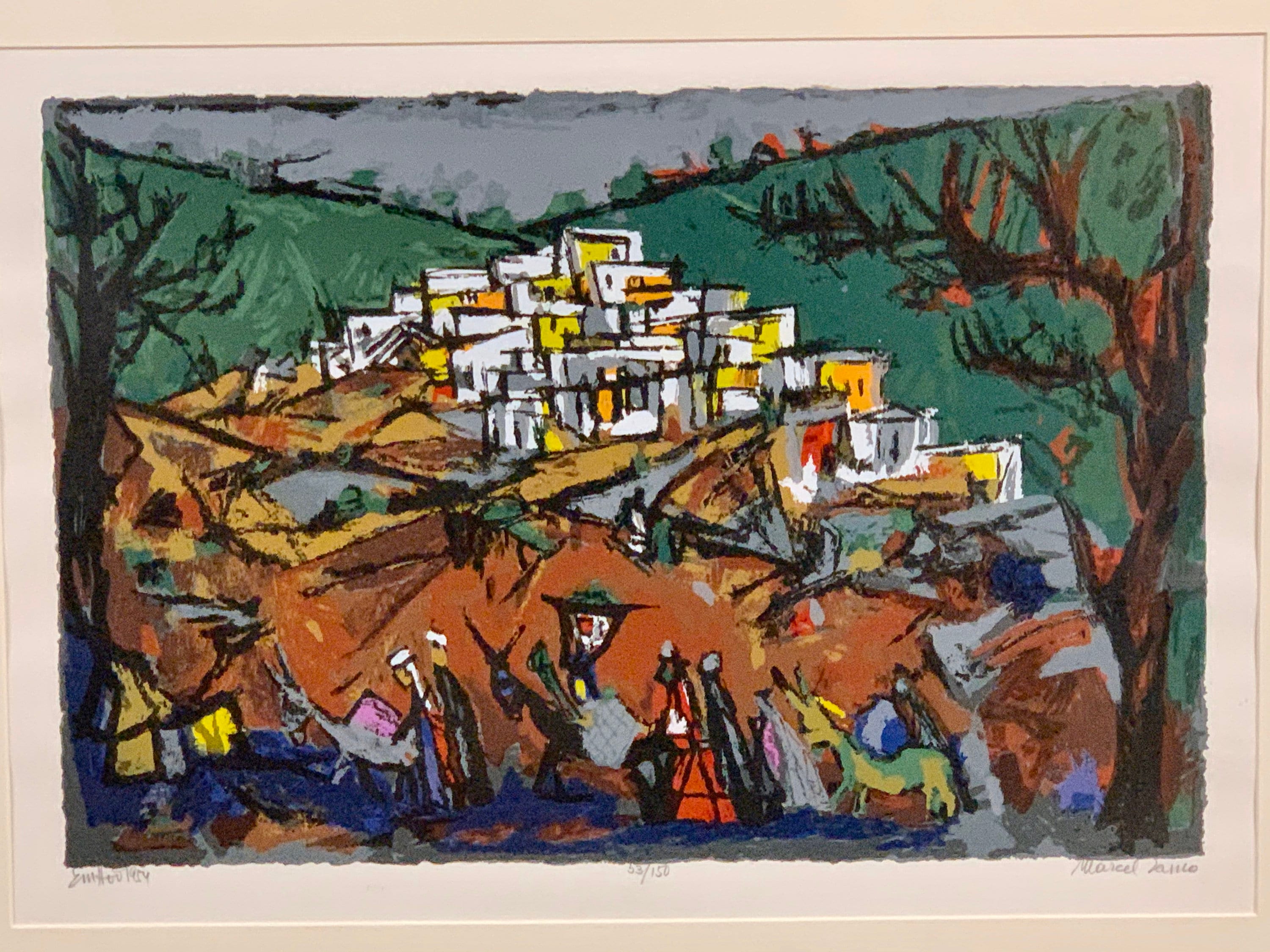 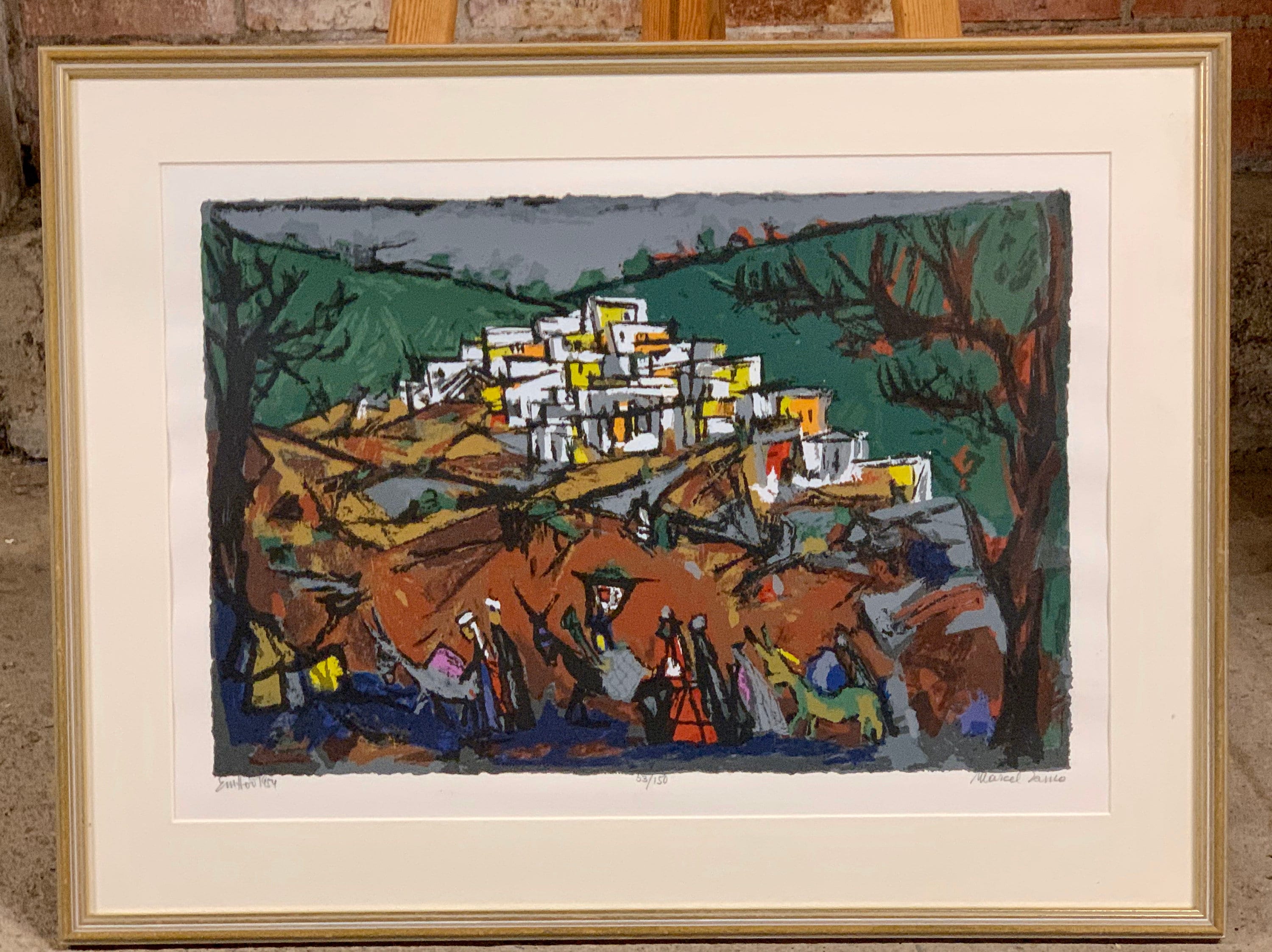 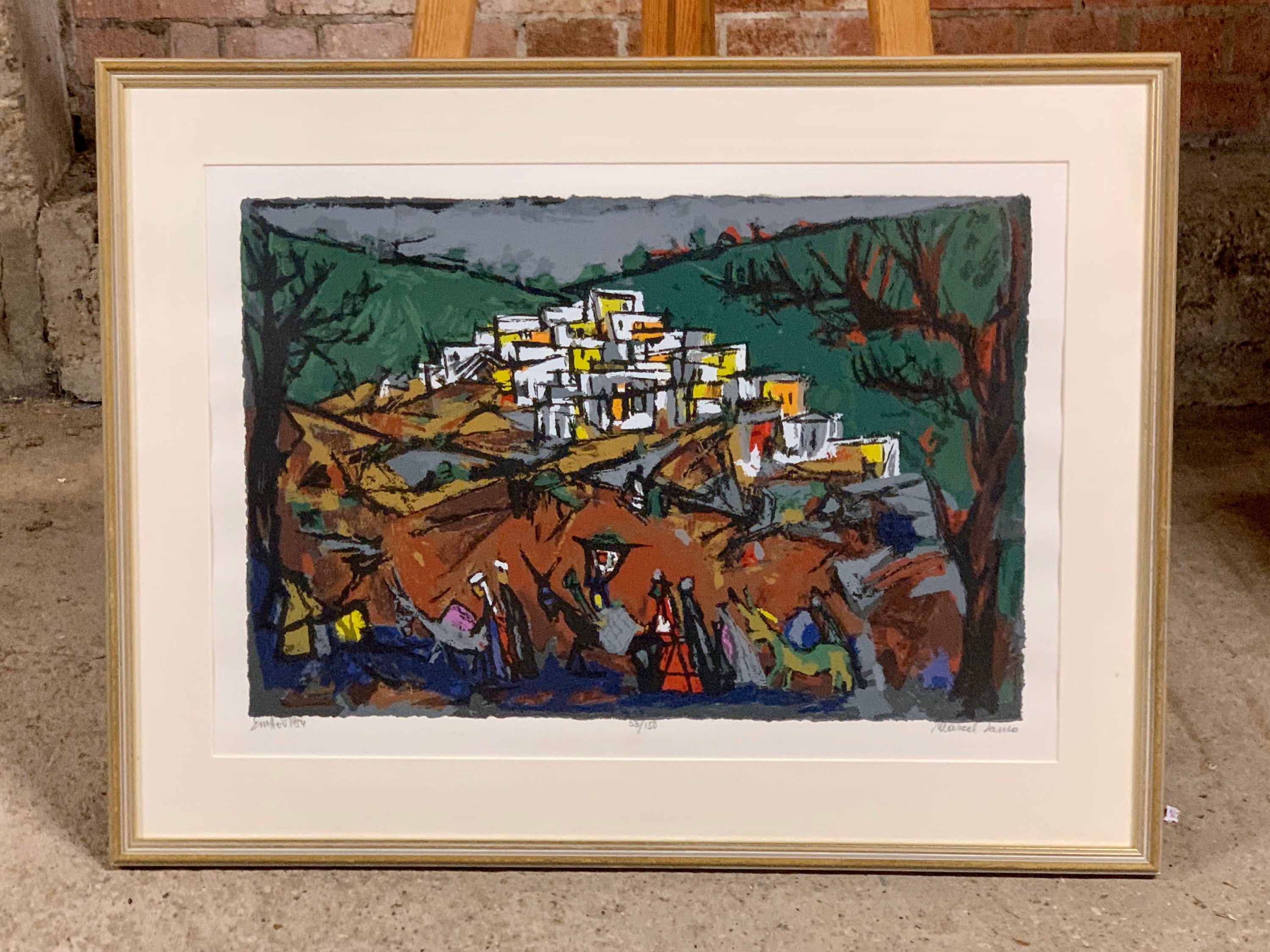 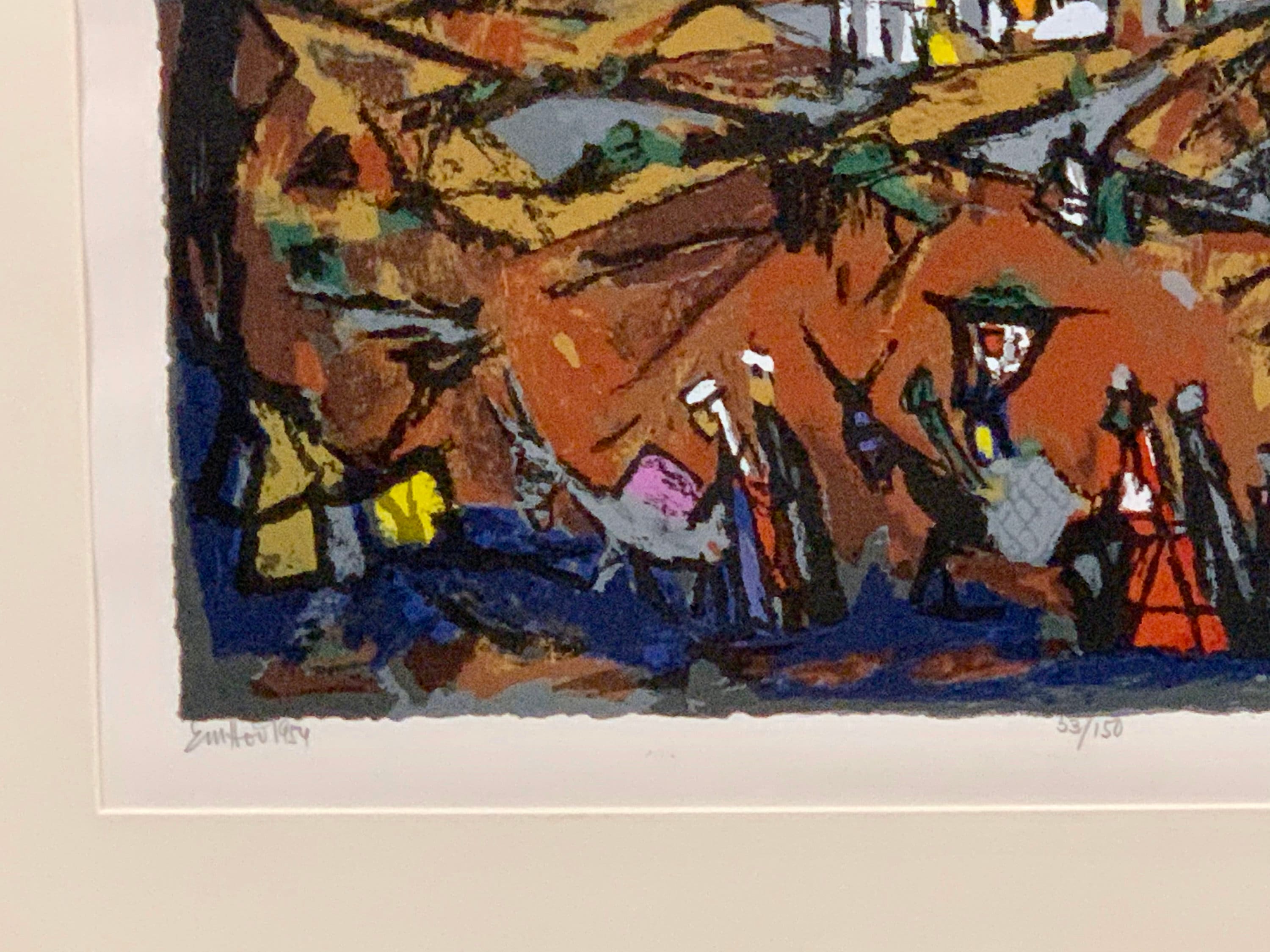 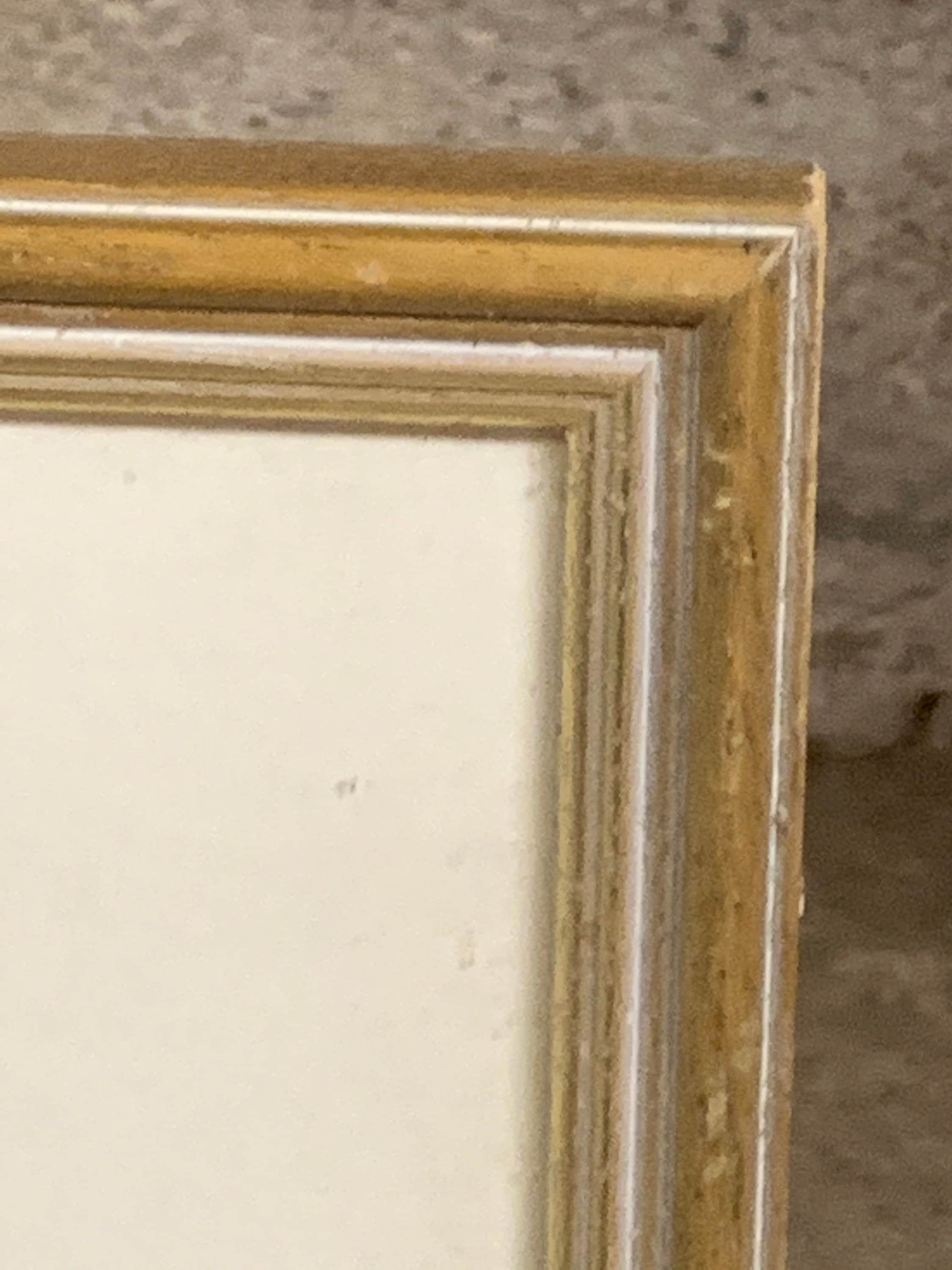 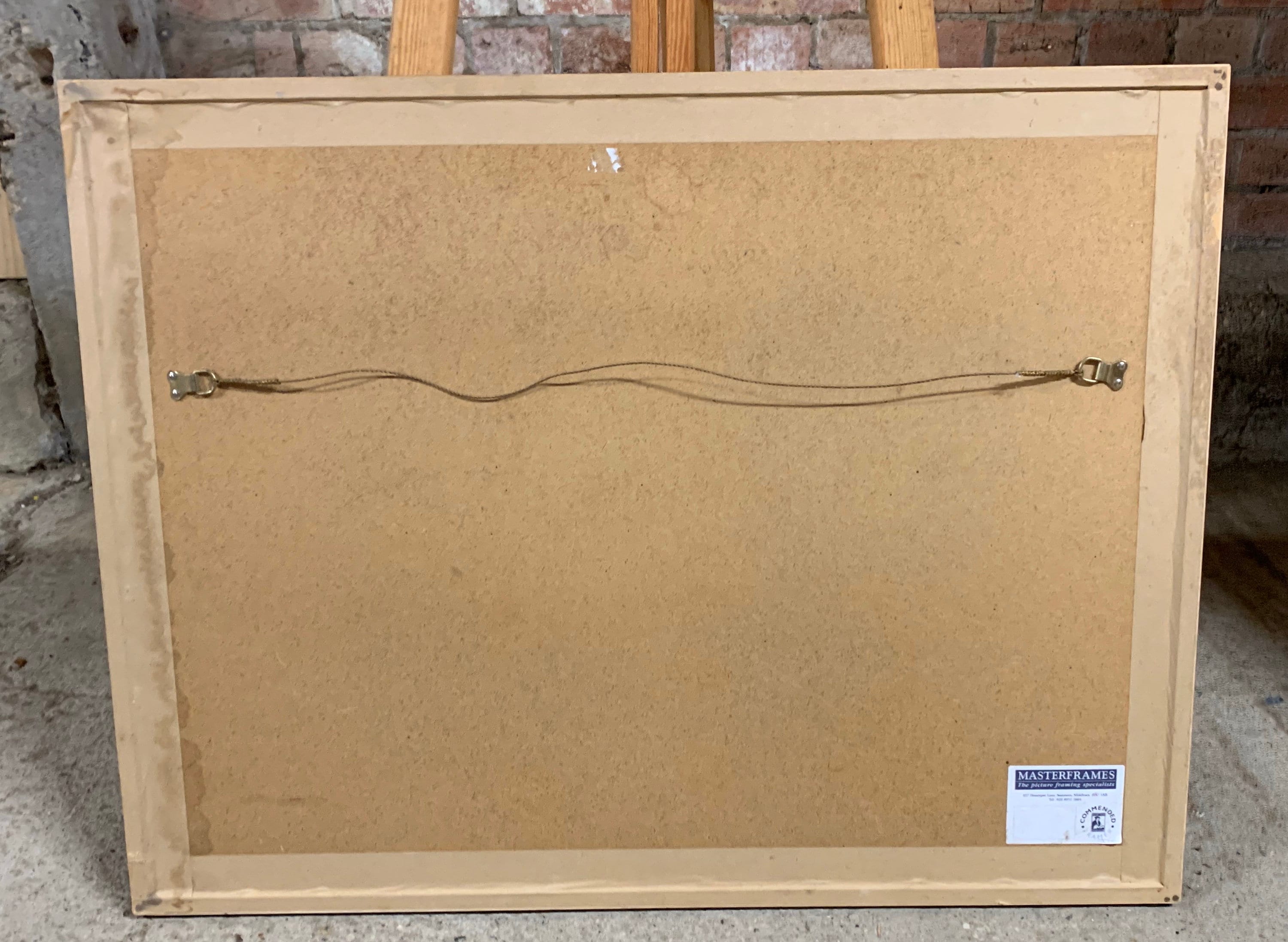 Ein-Hod is a beautiful image of the landscape surrounding the artists’ village Ein-Hod that was established in 1953 on the hills of Mount Carmel near Haifa. The village houses are seen at the back beyond the pine trees covering the mountains. At the front of the print a group of Arabic men and women traverse slowly with their donkeys and equipment.

Janco’s use of sharp and geometric shapes along with the accentuated black silhouettes of the white houses and of the figures demonstrate his expressive and unique style.


Marcel Janco (1895-1984) was born in 1895 in Bucharest. In 1915 he began his architecture studies in Zurich where he met his future friends, the artist Jan Arp and poet Tristan Tzara.

In 1917 he became one of the first members of the famous Dada movement. He then traveled to Paris where he first came across Surrealistic artists. He became highly active in artistic and cultural circles.

During the Second World War, Marcel Janco decided he would feel most secured in Israel, where he immigrated to in 1941. Once arriving there he was surrounded by admirers and became an estimable teacher. He was one of the founders of the important Israeli art movement, “New Horizons” and the head of the famous artists’ village Ein-Hod on the hills of Mount Carmel near Haifa. Israel, on the verge of becoming a nation, was an inspiring atmosphere of new themes: the war, fighting soldiers, the Eastern Jewish community and more. Marcel Janco exhibited in New York, Paris, Milan, Tel Aviv and participated in the Venice Biennale and the Sao Paulo Biennale. He died in 1984.


If you have any further questions, please do not hesitate to contact me