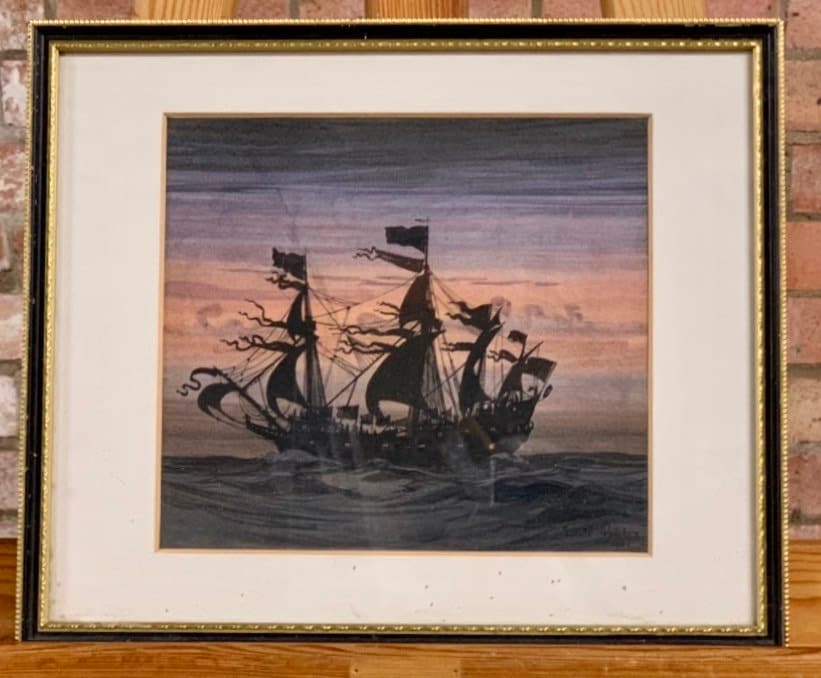 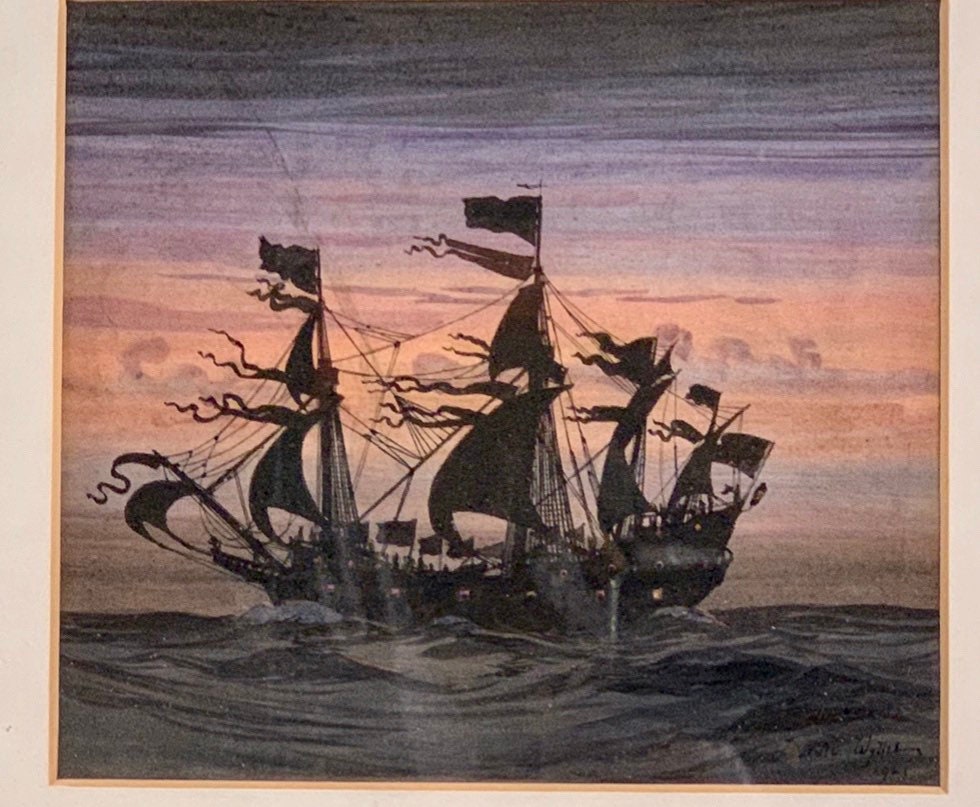 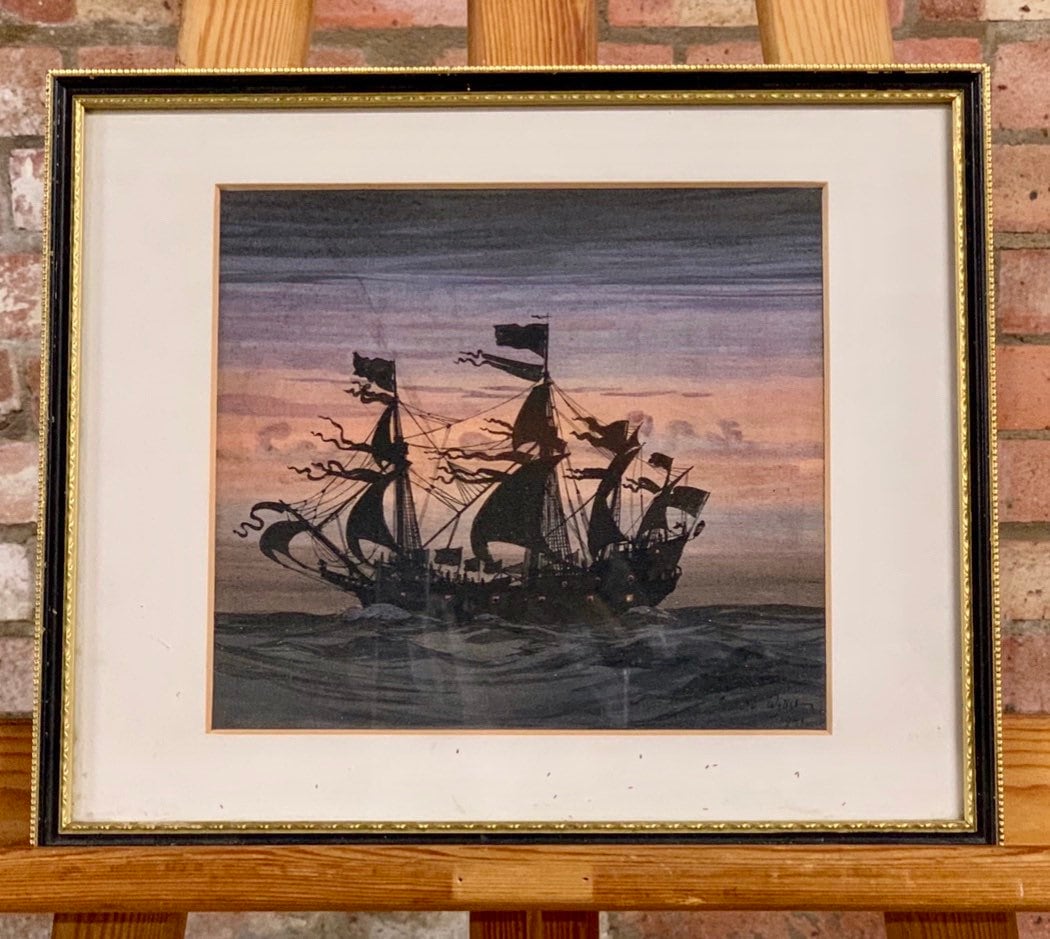 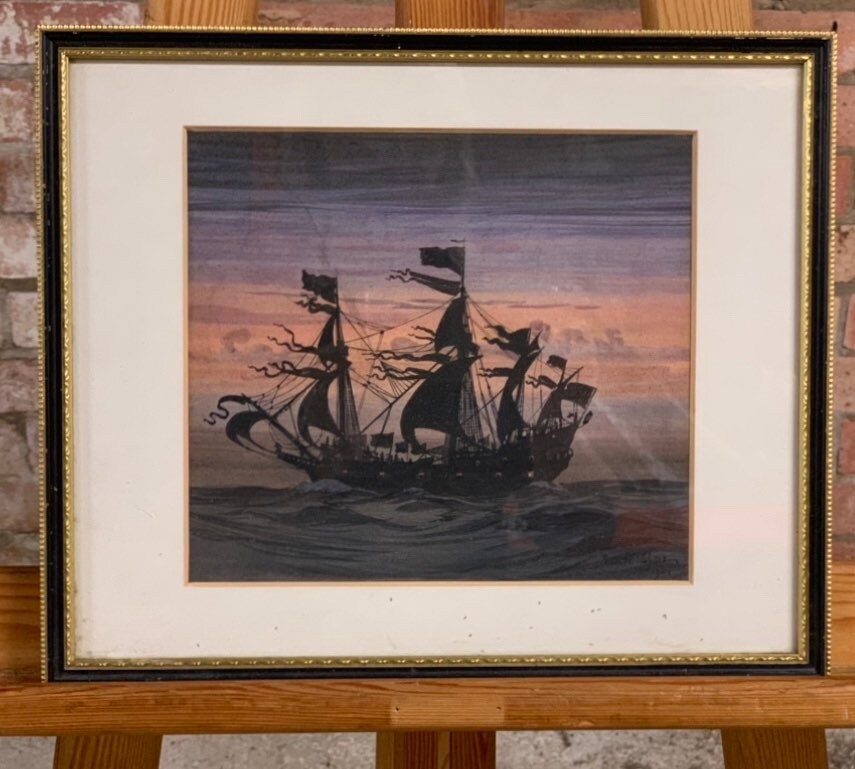 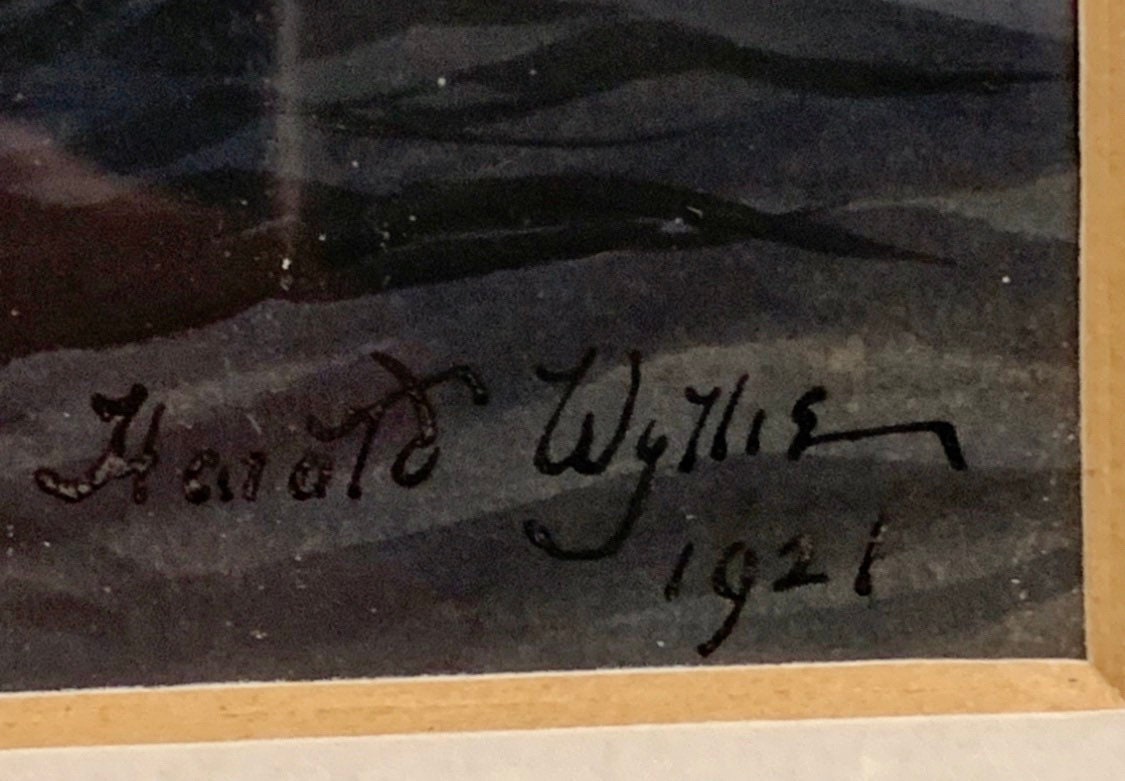 Signed and Dated by the artist to the bottom right

Further information on the artist below
Harold (1880-1975) was the oldest son of the artist William Wyllie. He was born in London on 29 June 1880, was initially trained by his father and went to New York in 1898 as special artist to the 'Graphic' magazine for which his father also did much work for the first 20 years of his own career. Like his father he was a marine painter in oil, watercolour, gouache, and etched of marine subjects. He was a territorial army soldier and fought in South Africa during the Boer War, then first served in the Royal Flying Corps in France as a pilot in the First World War. In 1916 he was posted to the Wiltshire Regiment as a regular army officer, reaching the rank of major and being awarded the OBE in 1919. The following year he was promoted to lieutenant-colonel on retirement, after which he studied etching under Frank Short. He was appointed Hon. Marine Painter to the Royal Yacht Squadron in 1934, and was one of the founders of the (Royal) Society of Marine Artists and its Vice President from 1958.