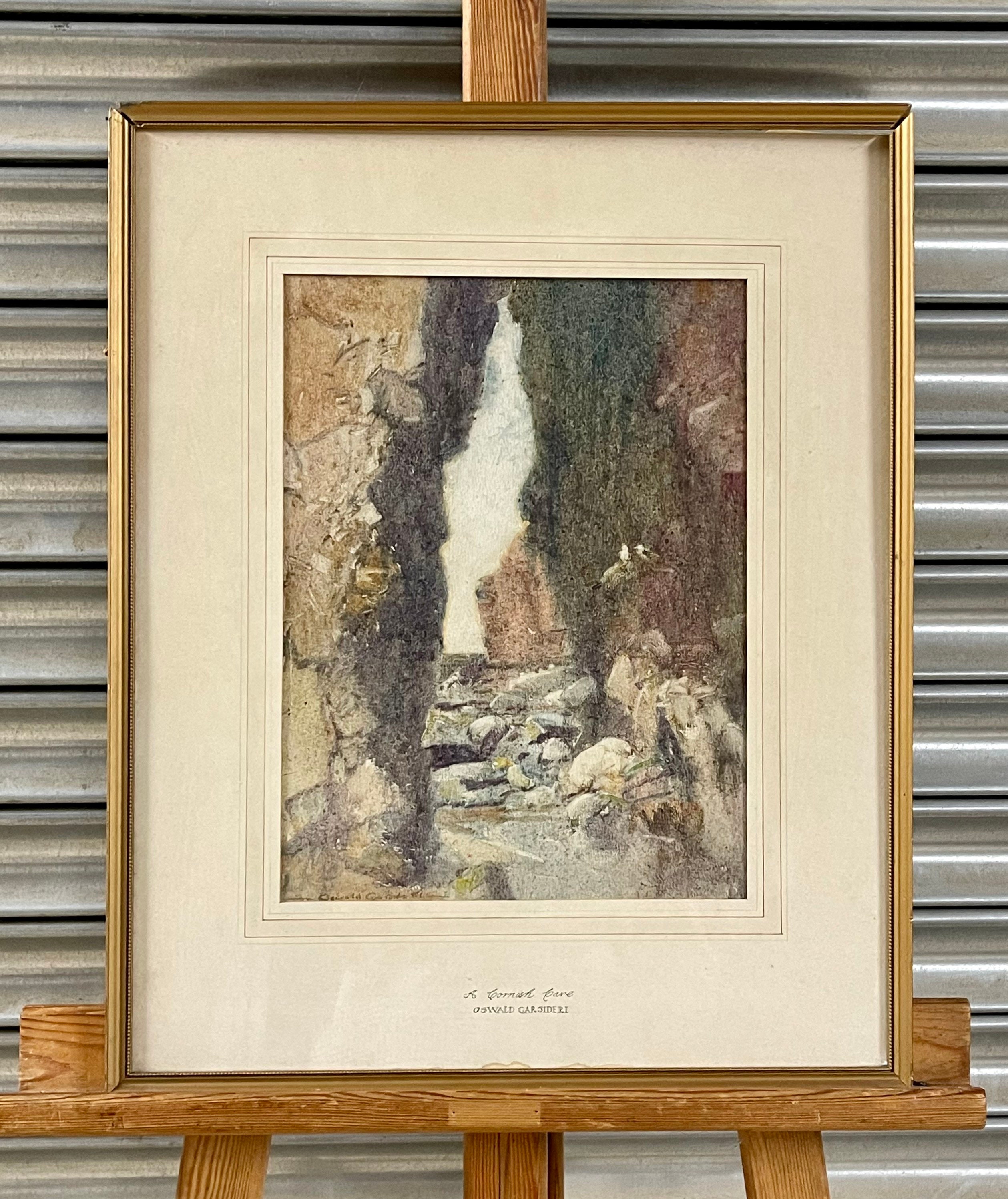 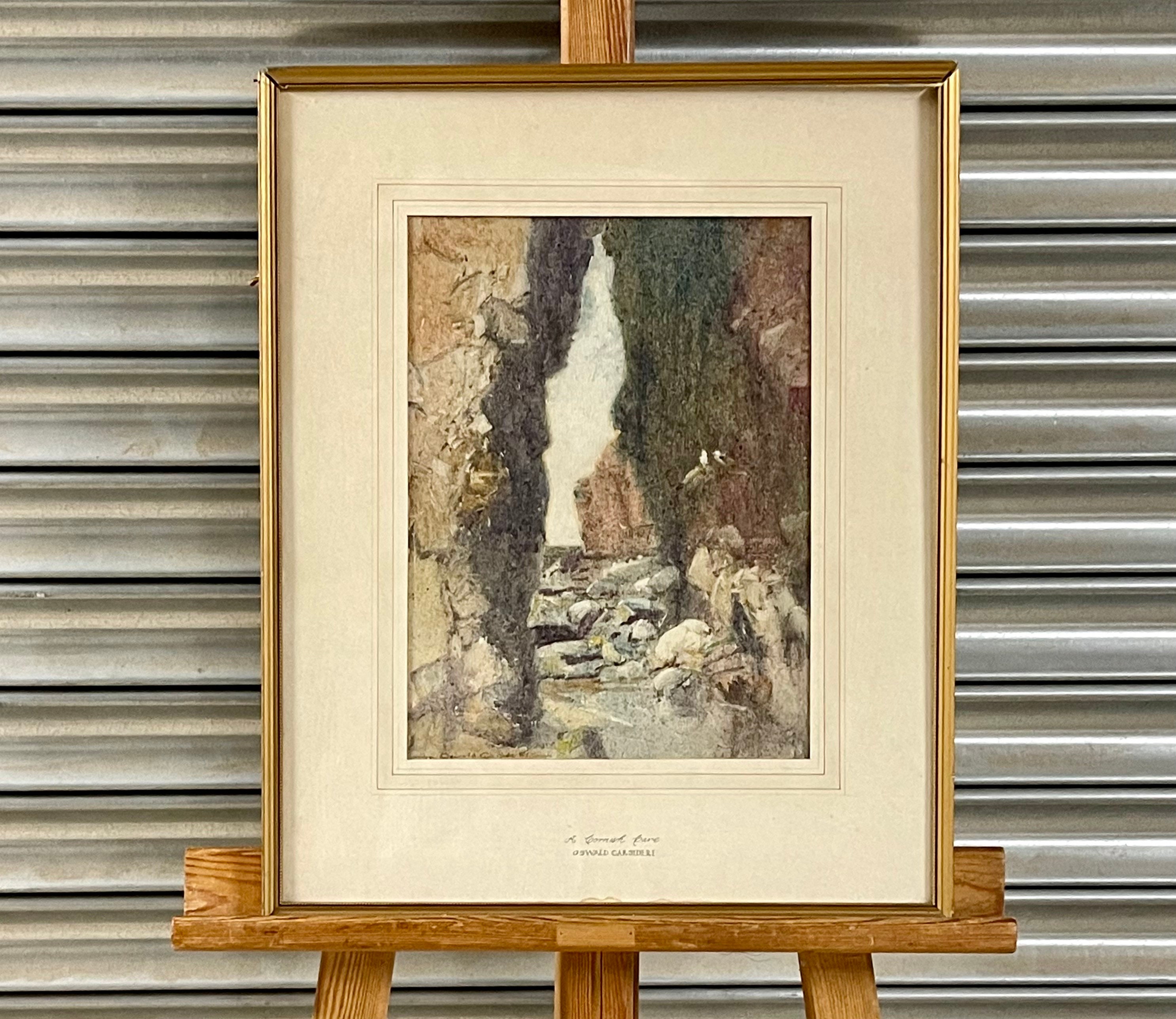 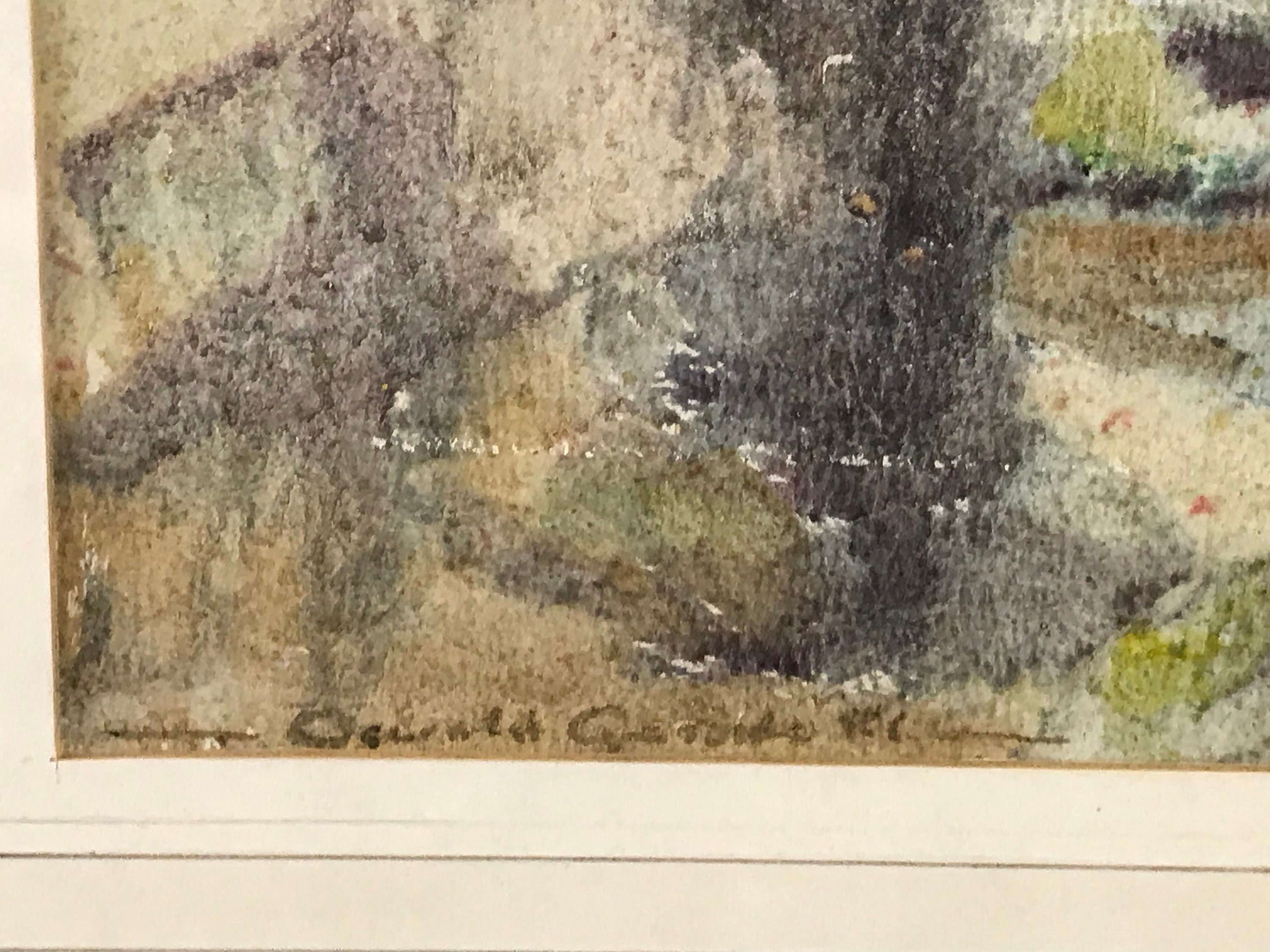 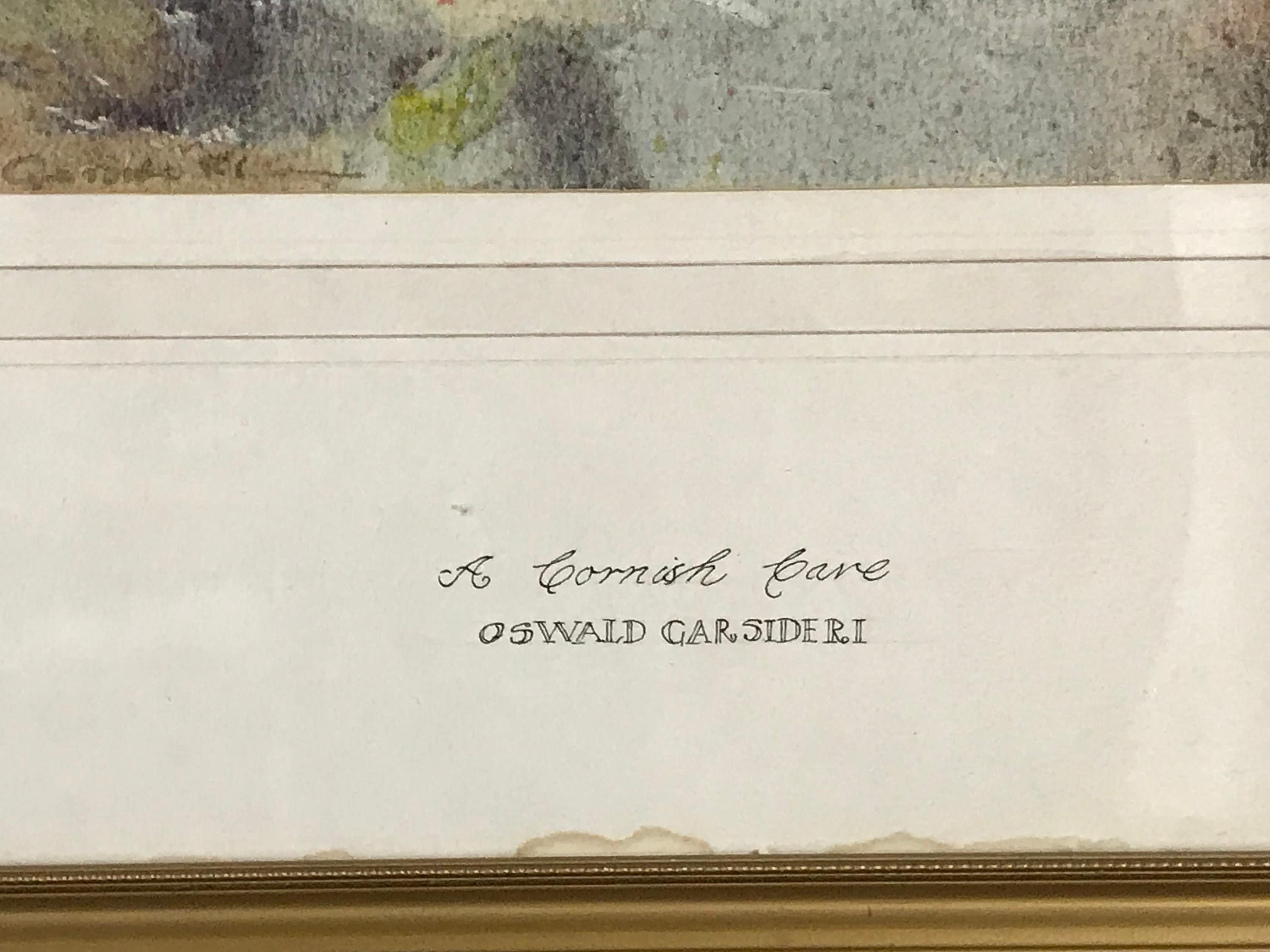 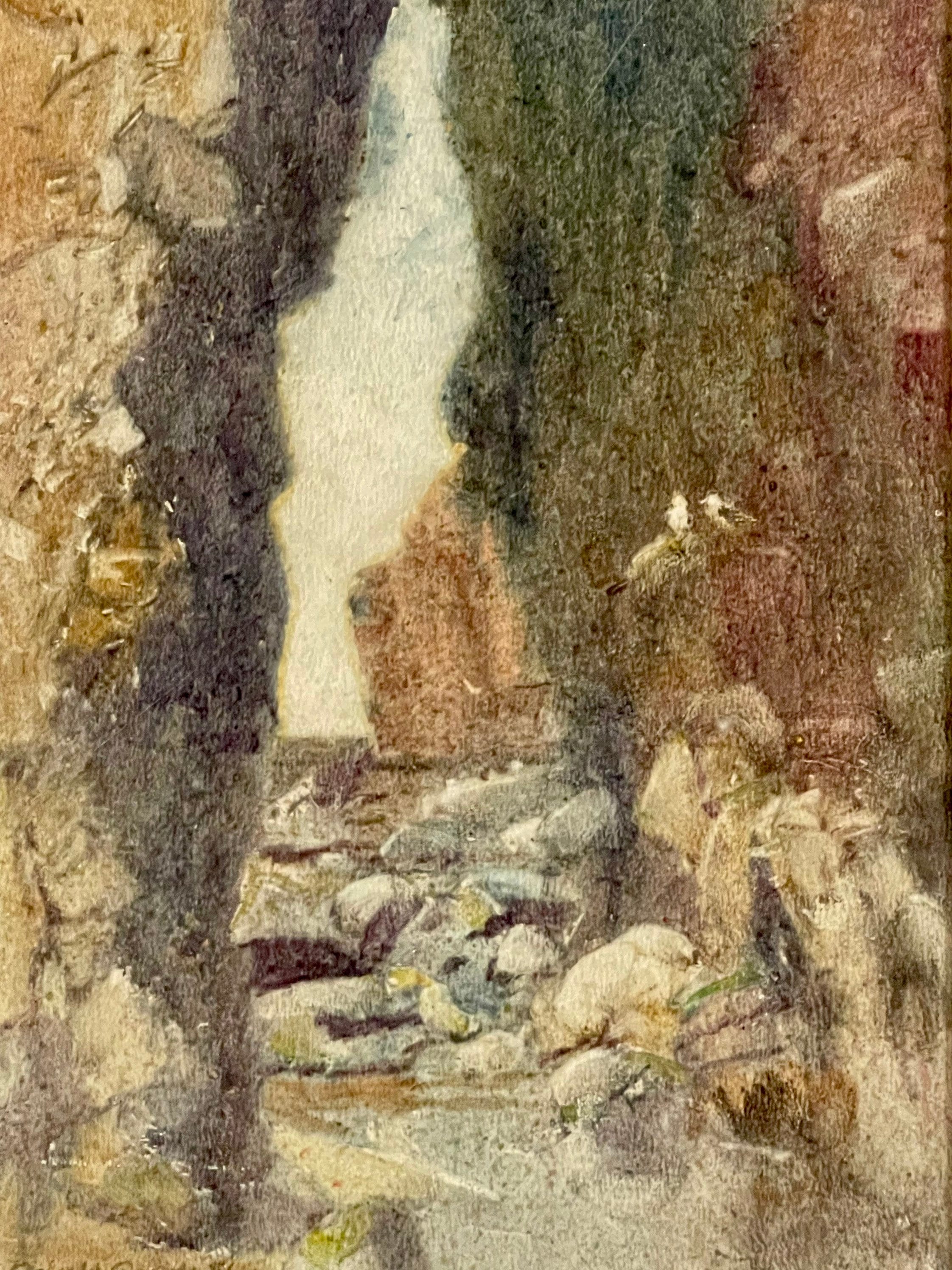 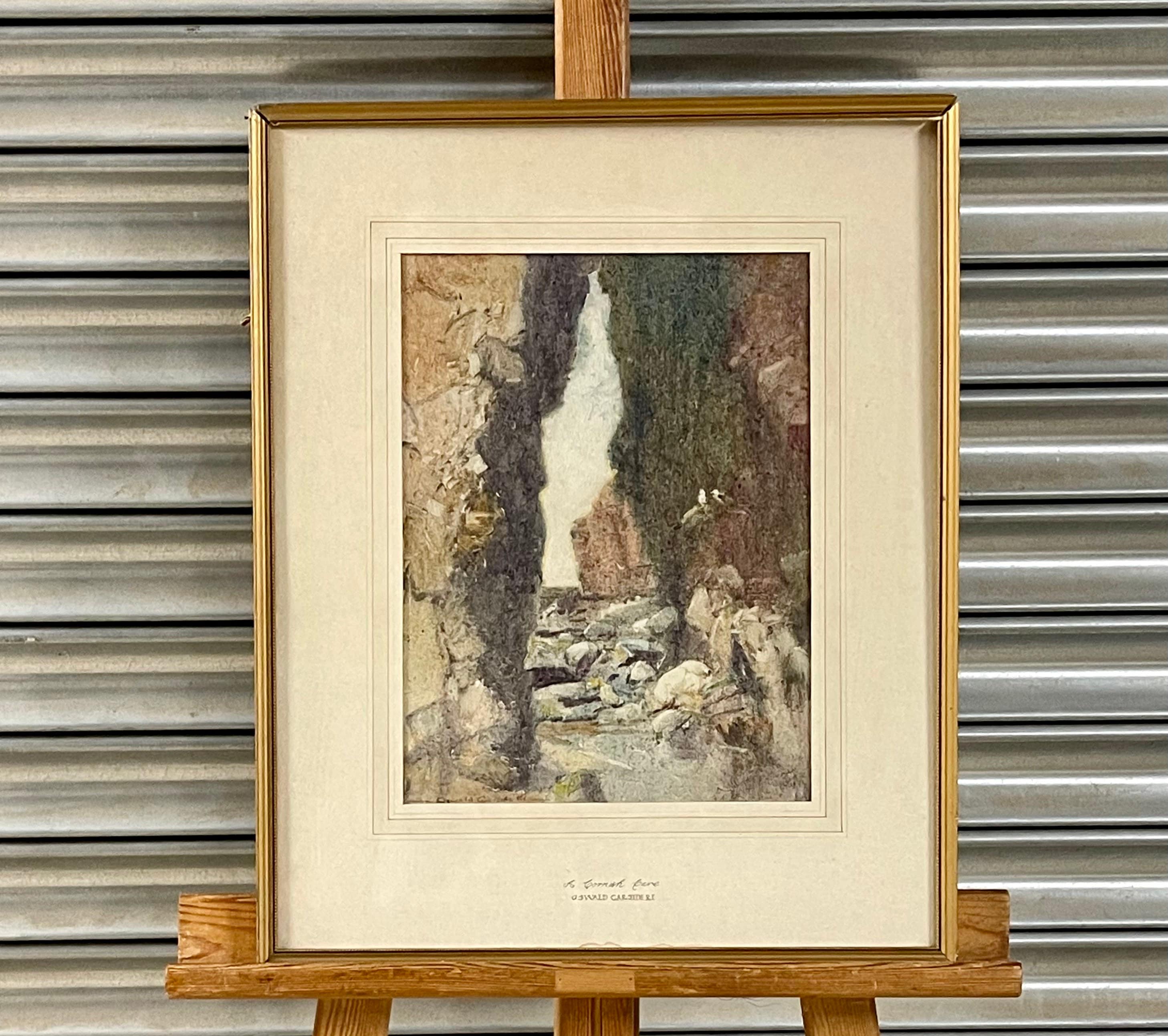 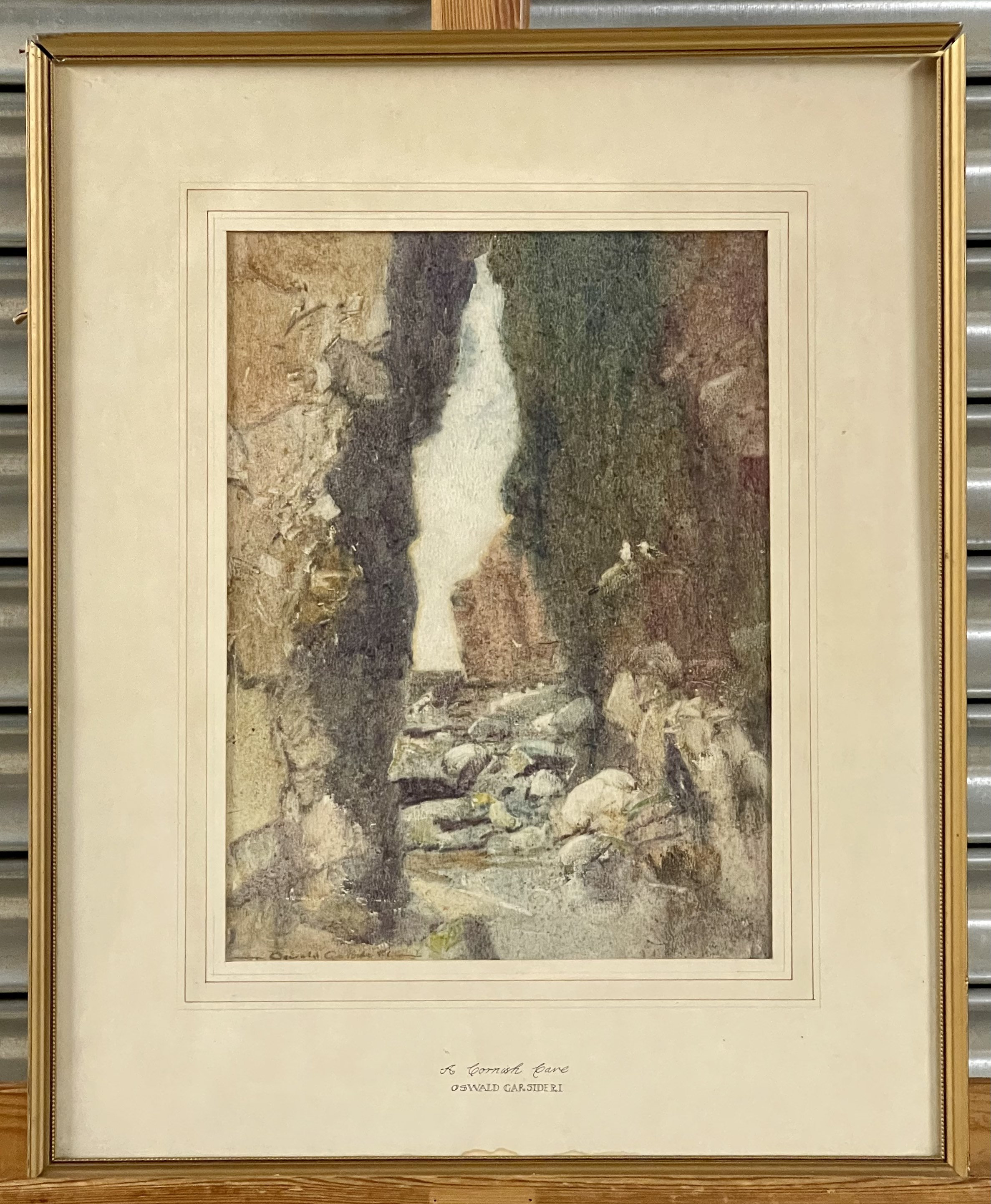 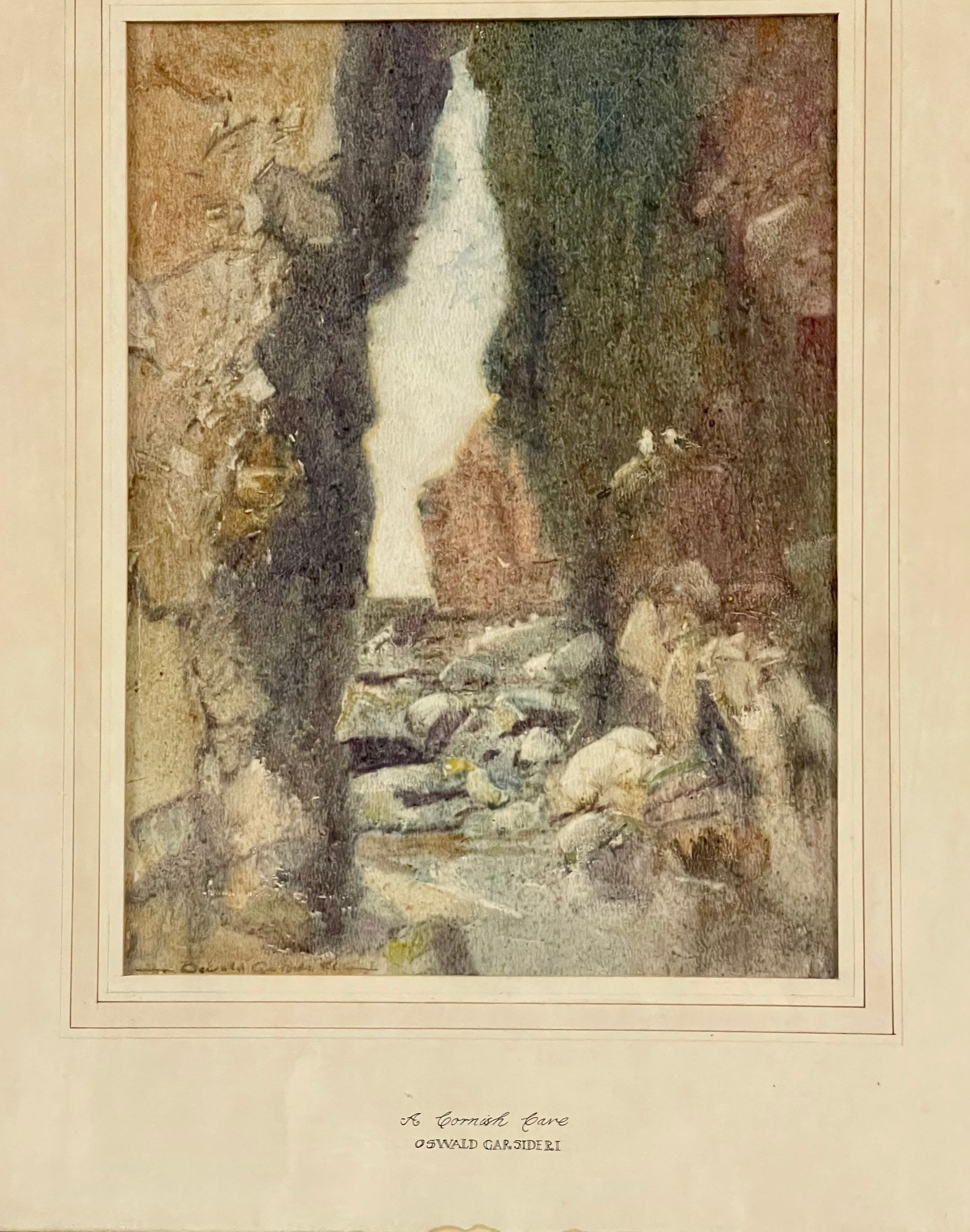 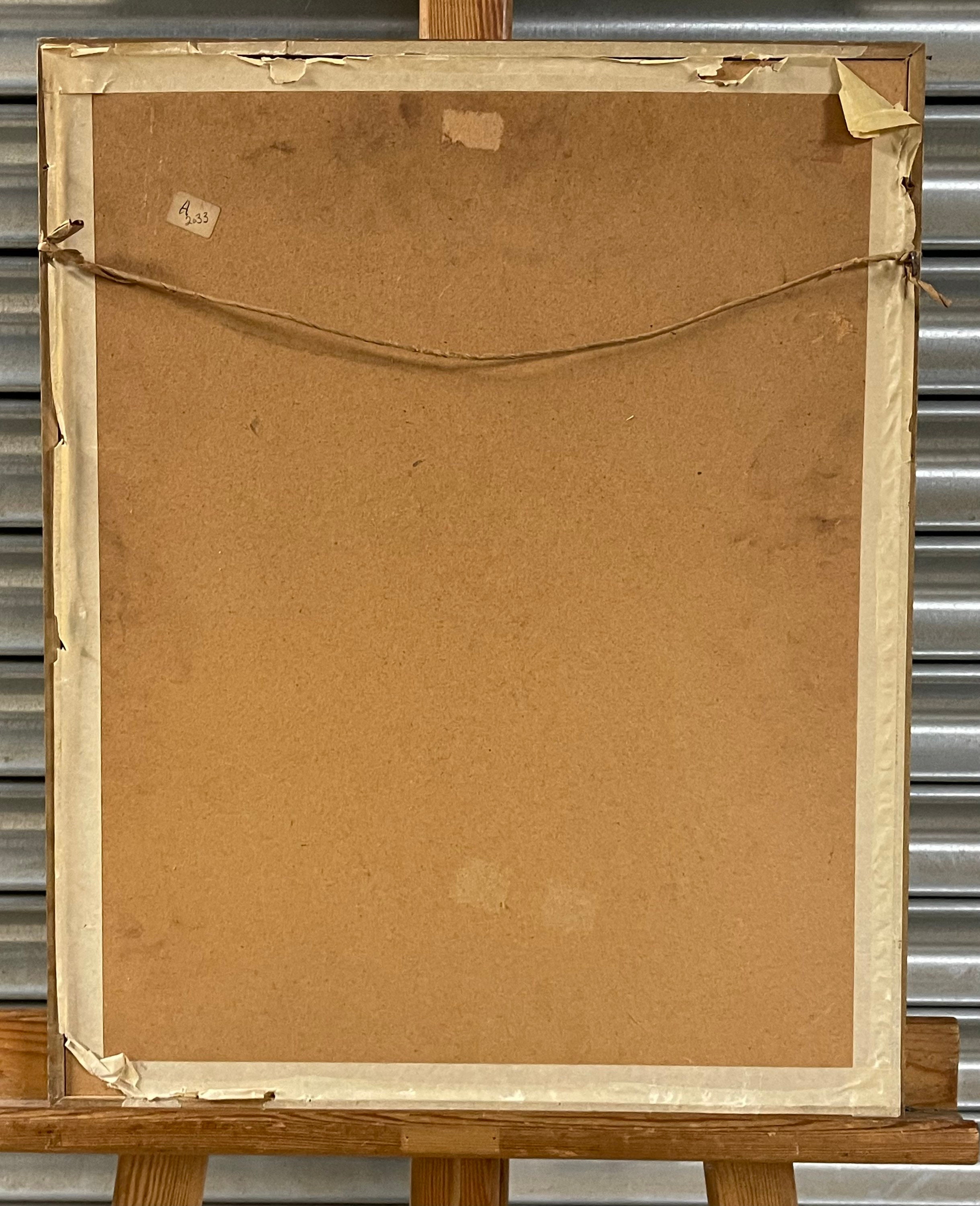 
Oswald Garside RI (1879-1942) - Original Early 20th Century Watercolour. In gilt frame. Oswald Garside was a Southport, Lancashire born artist who studied and painted in Paris and Italy. He was elected to the Royal Institute of Painters in Water Colours (1916), and exhibited at the Royal Academy (37 times), the Royal Cambrian Academy (101 times) and elsewhere. Garside was renowned for his innovative use of mixed media, generally a combination of watercolour, gouache, oil paint and gum Arabic.


The watercolour is in excellent condition, but there is a small stain on the very bottom of the mount as shown in the photo