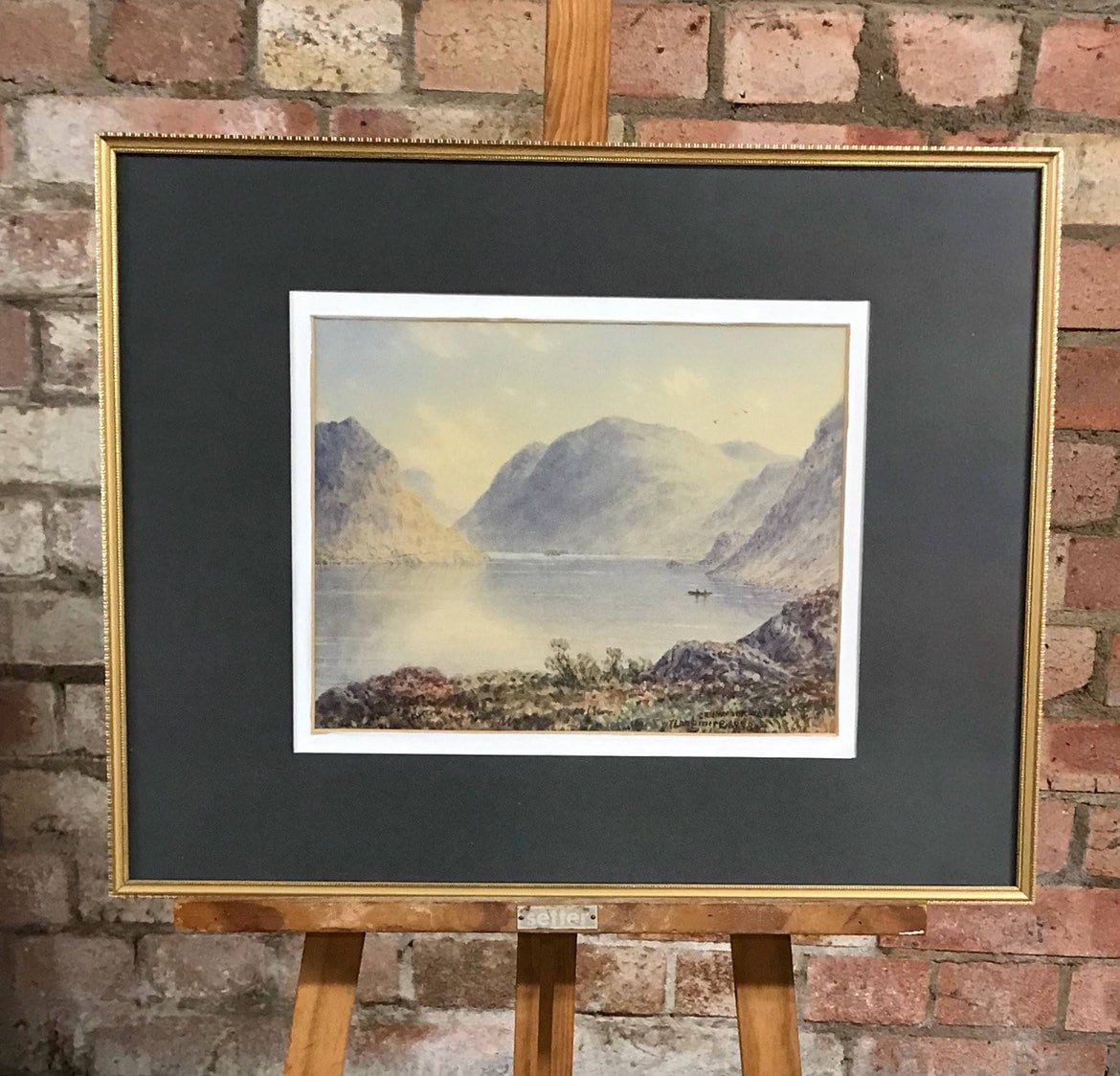 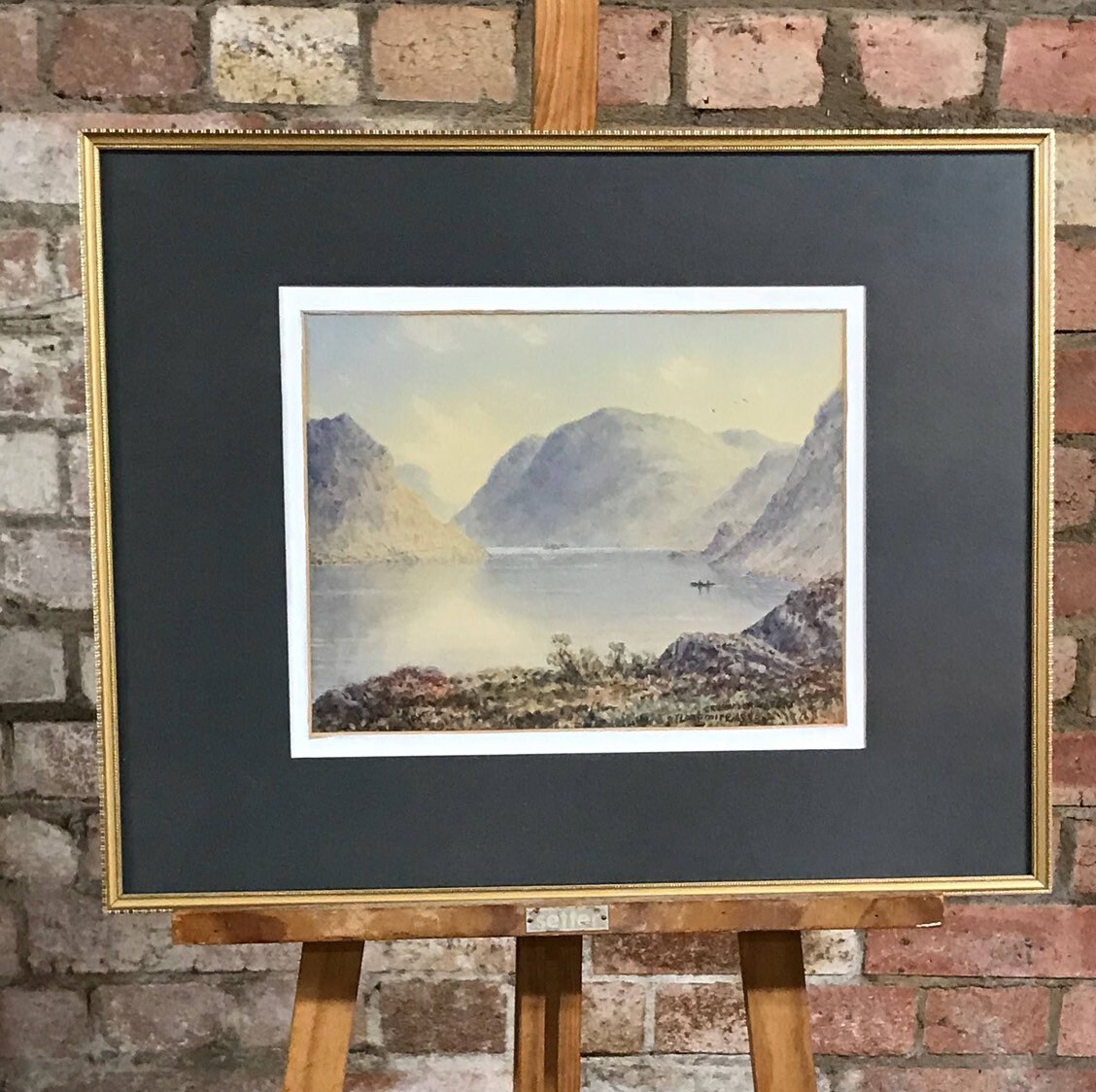 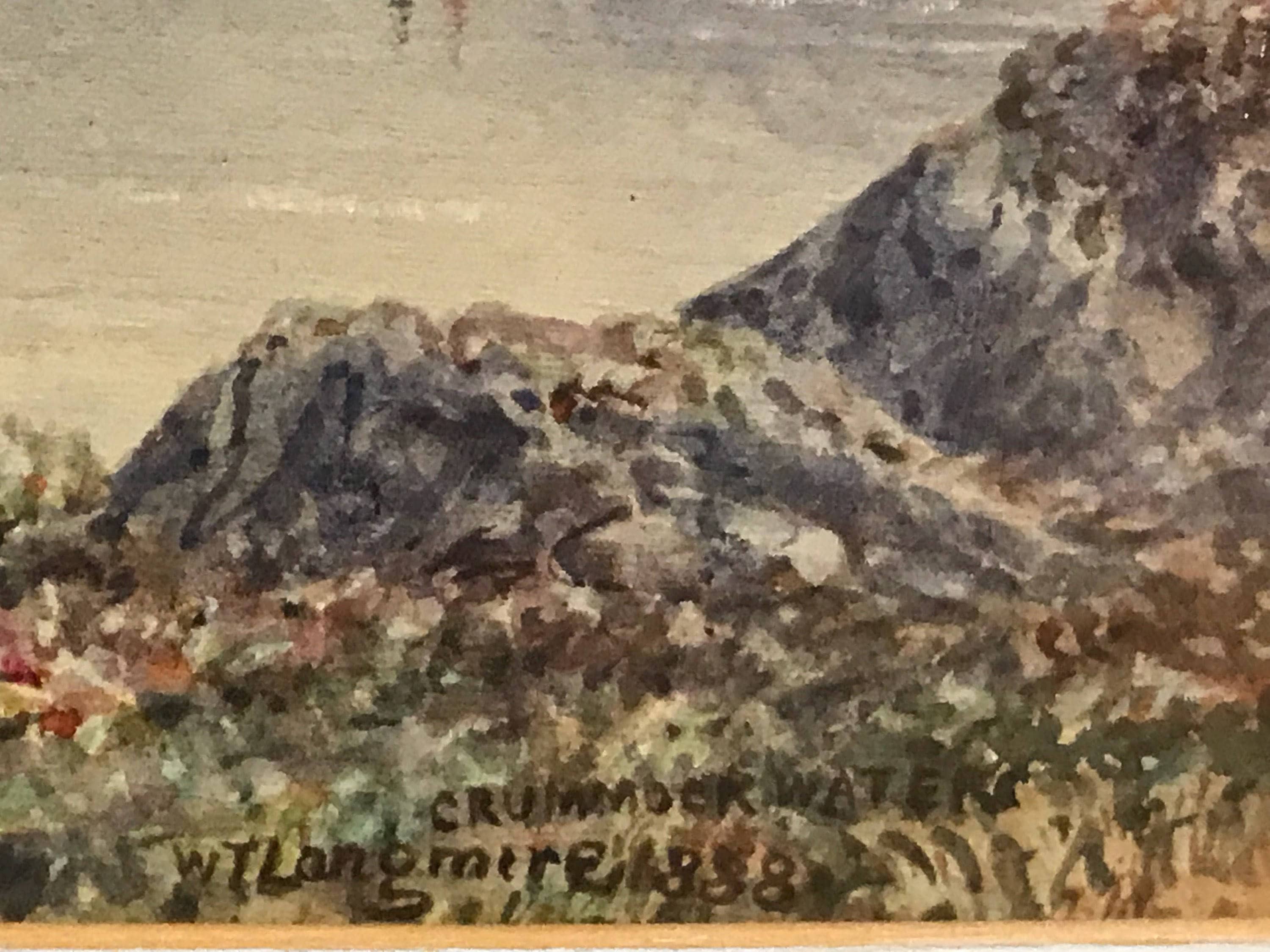 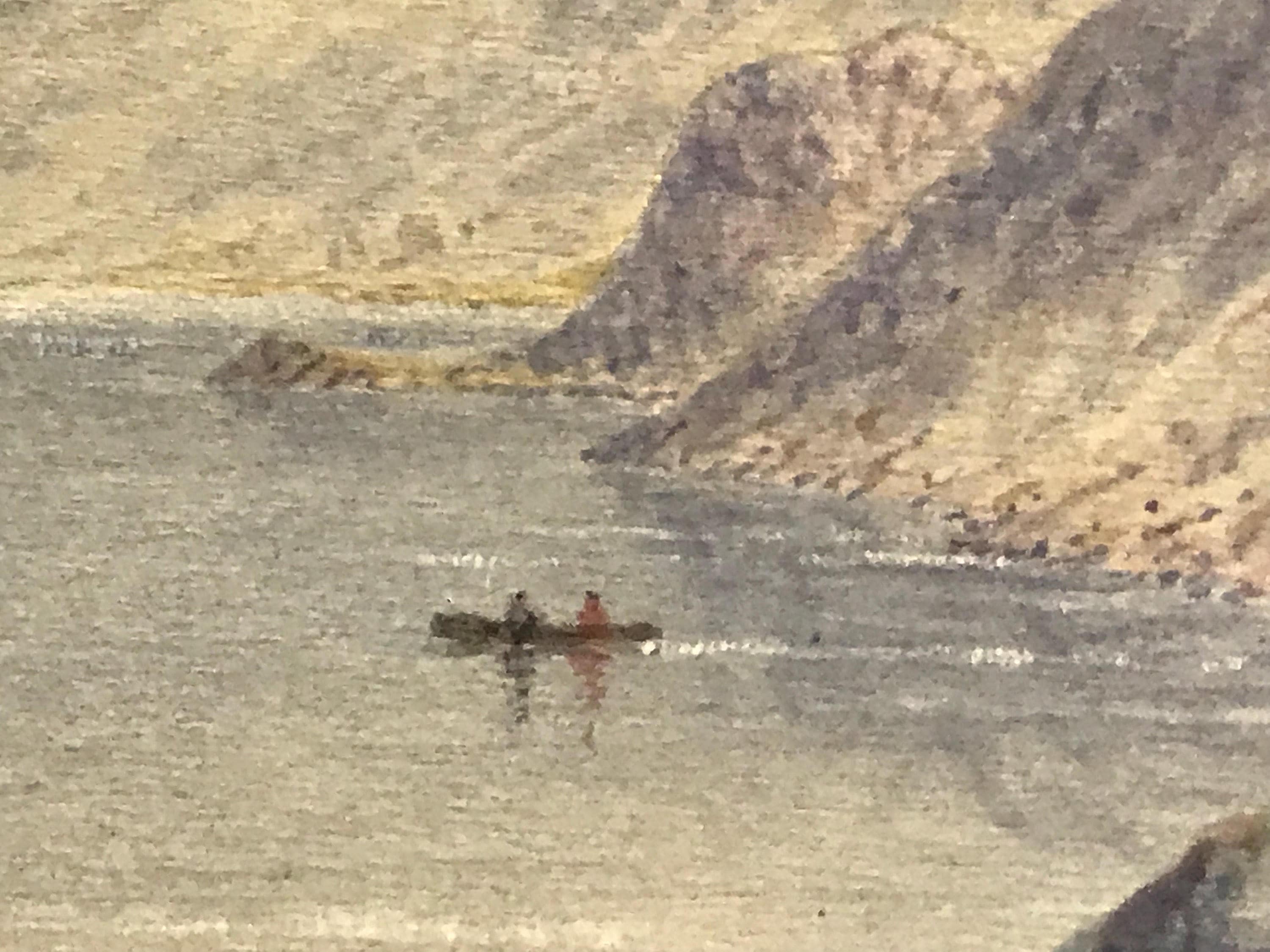 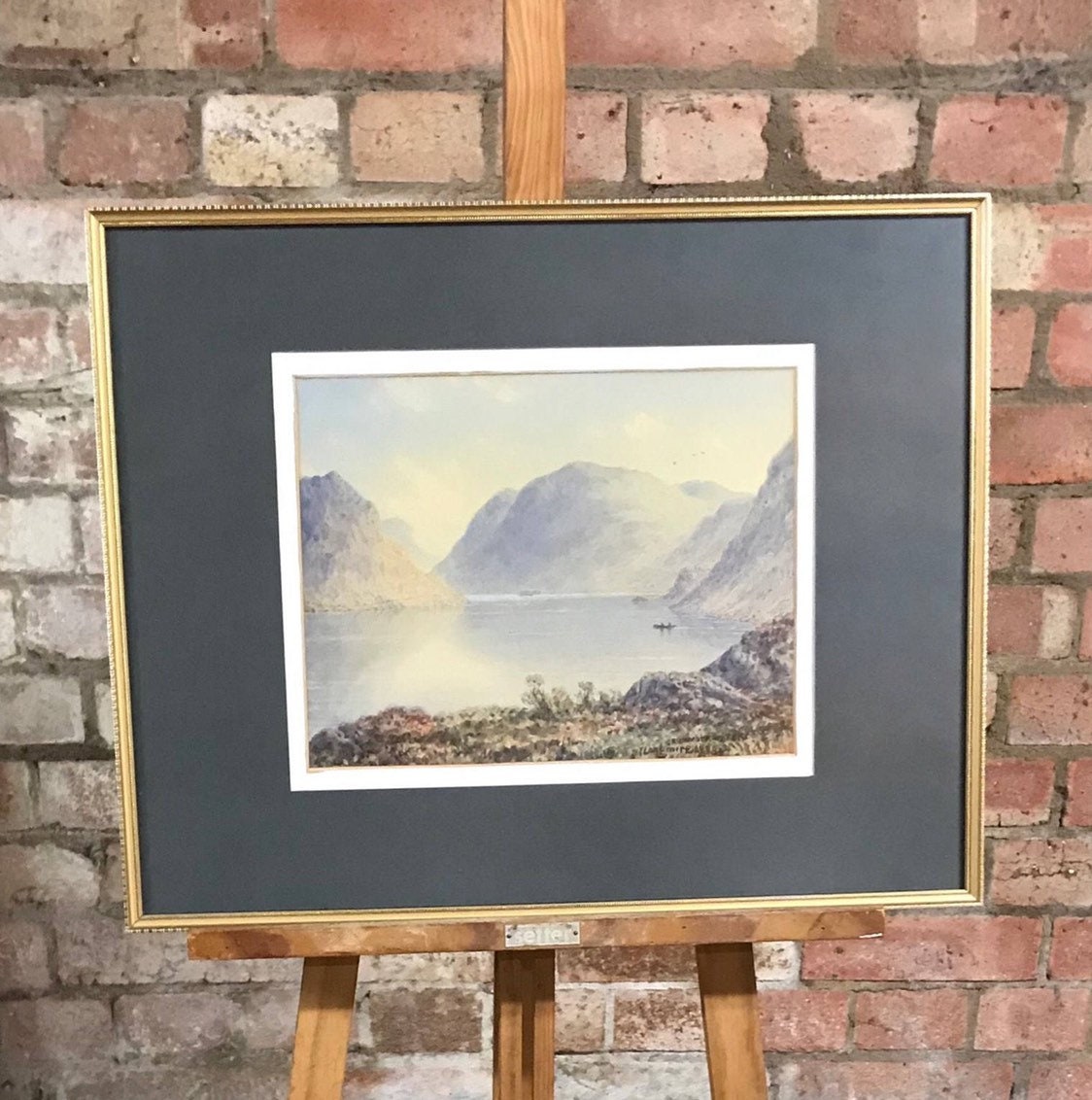 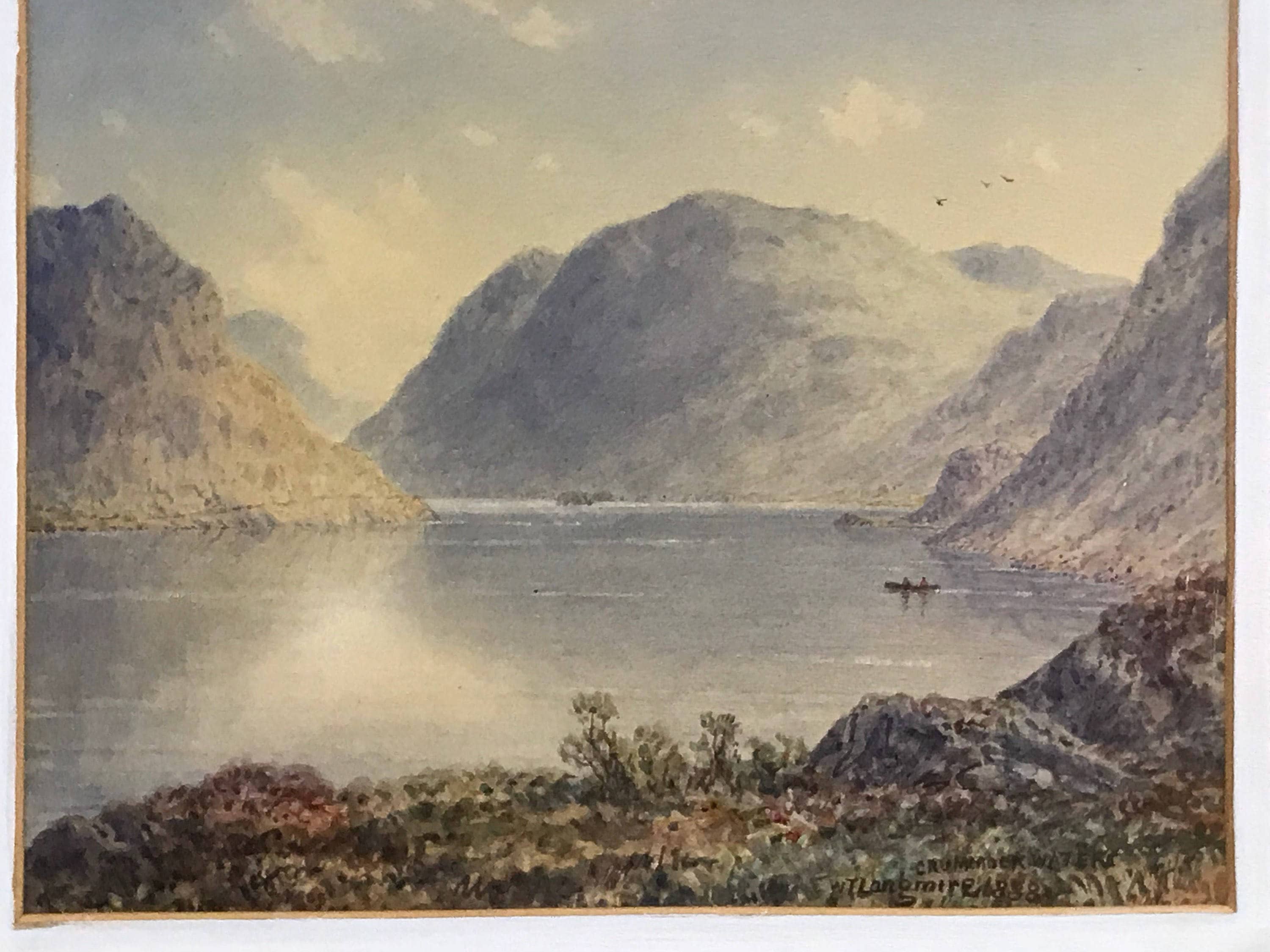 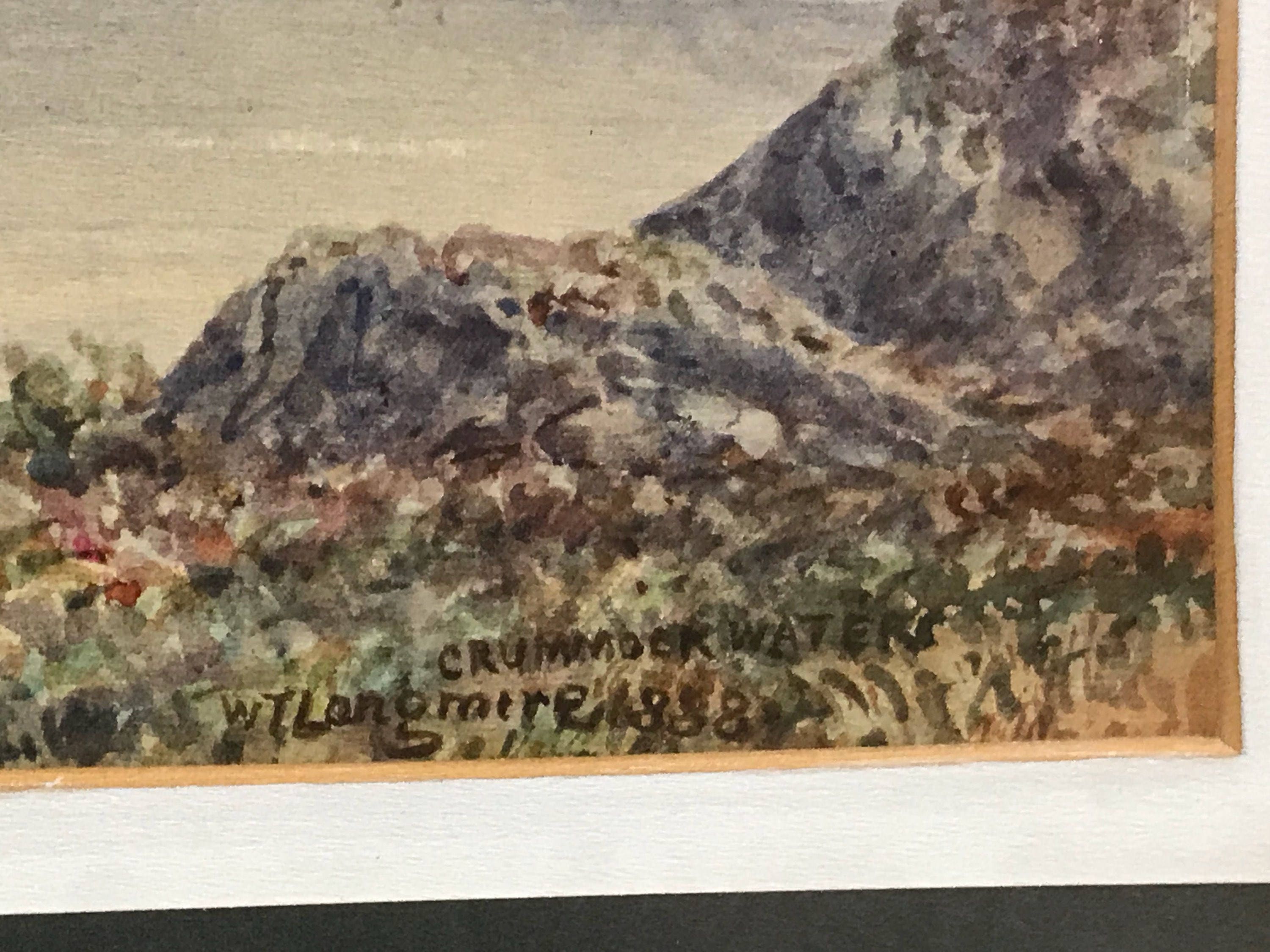 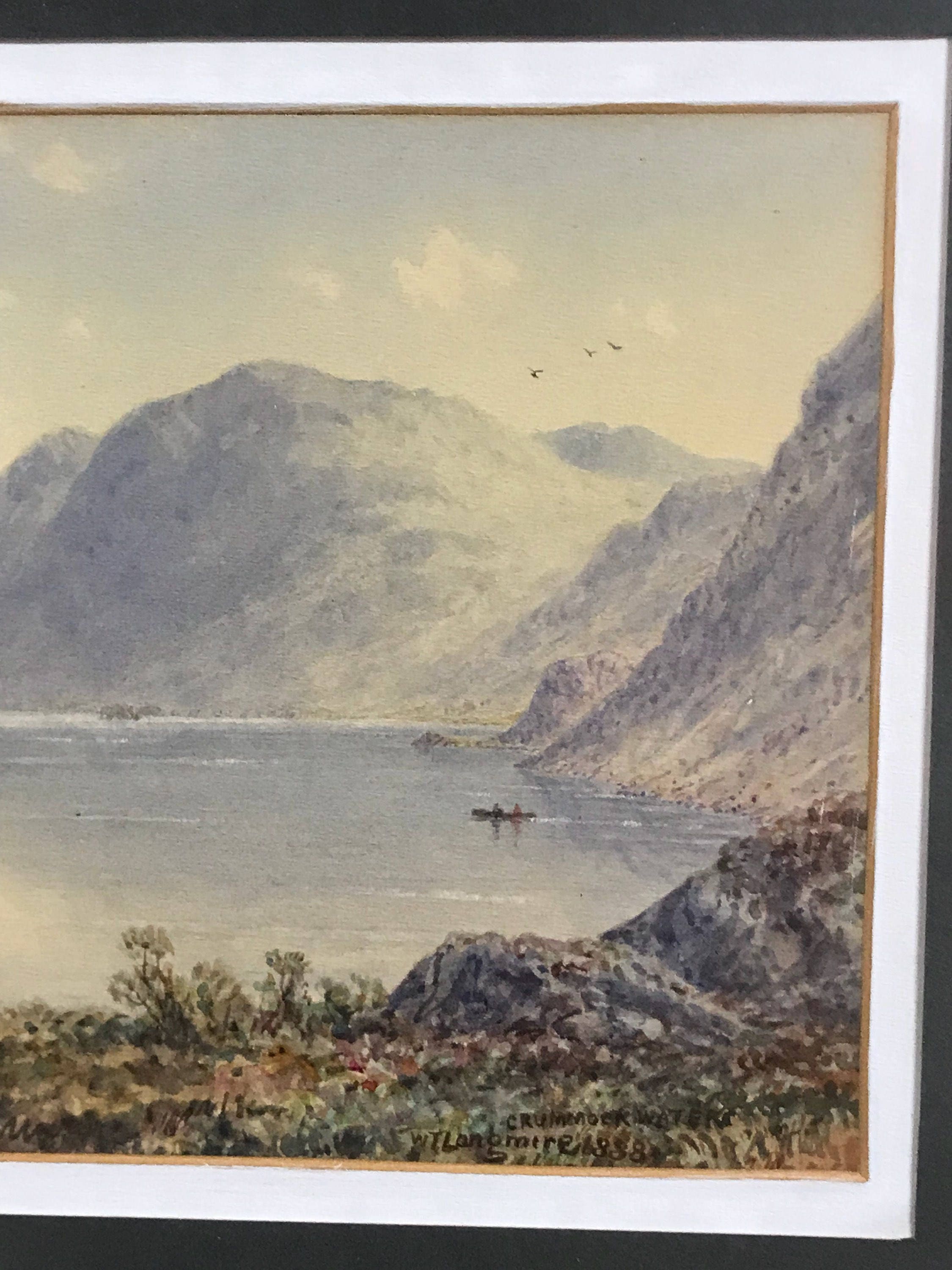 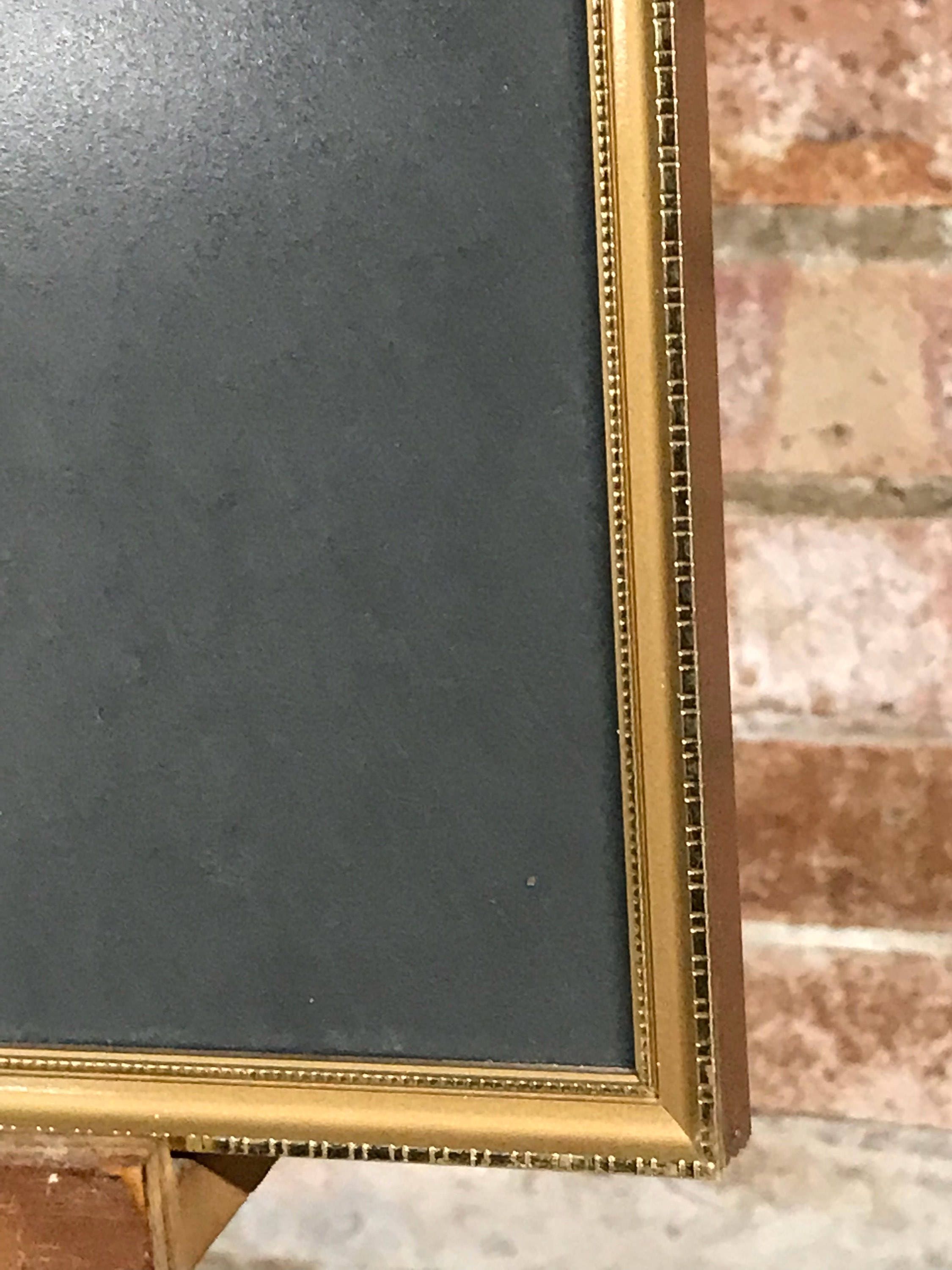 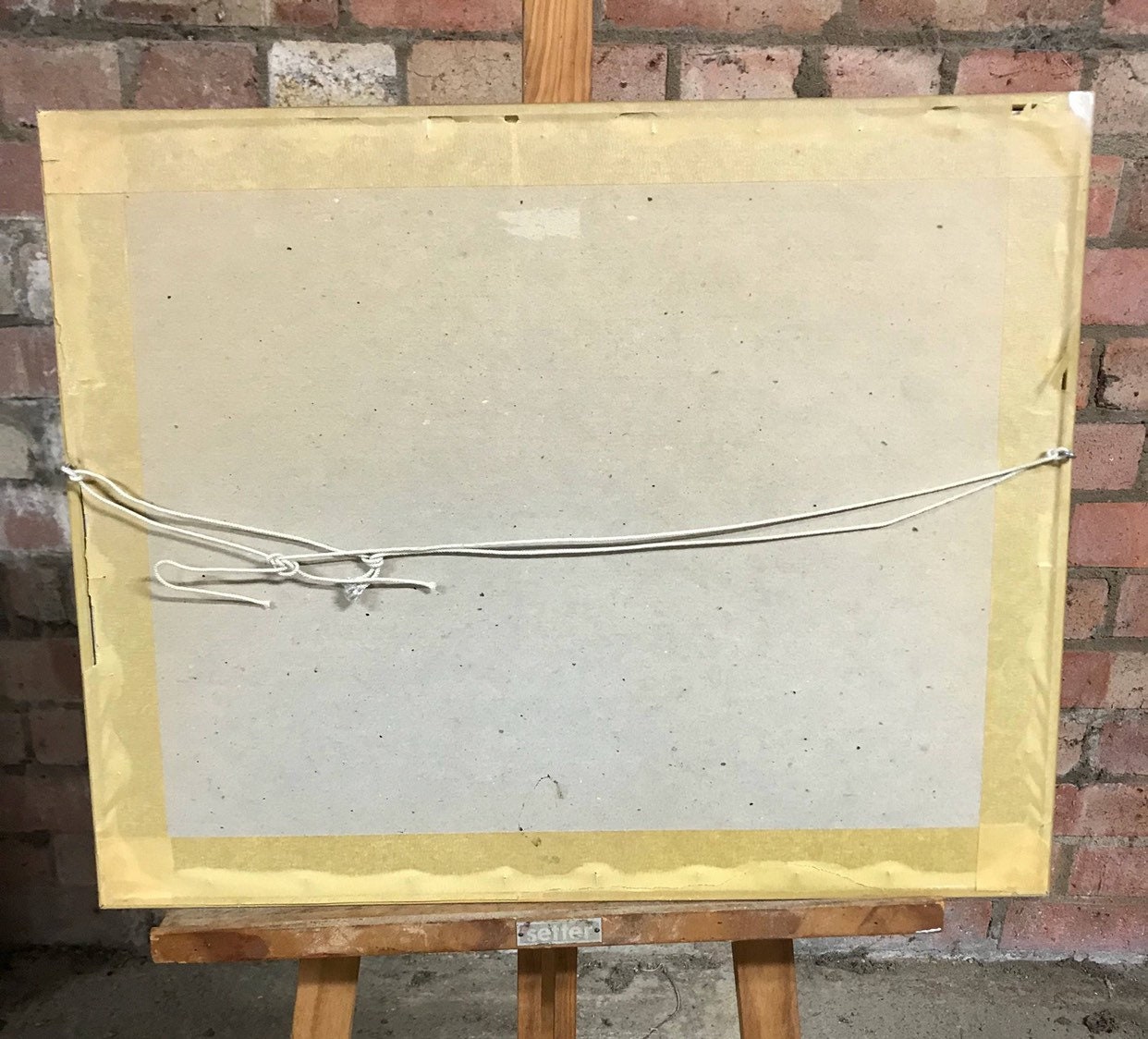 In a gilt frame which measures approx 52cm x 42cm

Signed and dated by the artist bottom right

William Taylor Longmire was a British, Victorian water colour painter. He was born in 1841 and died in 1914. Longmire is famous for his Lake District views. Often paintings by this artist are faded due to being hung in sunlight in Victorian parlours, so it is nice to see these with such fresh colours. He was a landscapes, animal and genre painter in oil and watercolour. He lived in Troutbeck, near Ambleside growing up, and part of a well known family. Born the son of a farmer and butcher and intended to follow his father's footsteps. Whilst living in Stavely as a child, he became encouraged by a vicar to draw as it was his ambition to become a painter. He studied in Bowness-on-Windermere under a Mr. Howe. Bowness was where Longmire after falling in the lake, lost his hearing and became stone-deaf for the rest of his life. He was said to have been a very popular and colourful character considering. Most of his work has been exhibited in The Lake District. Examples can be seen at Townend, the National Trust property at Troutbeck. Represented: Abbot Hall A.G., Kendal.