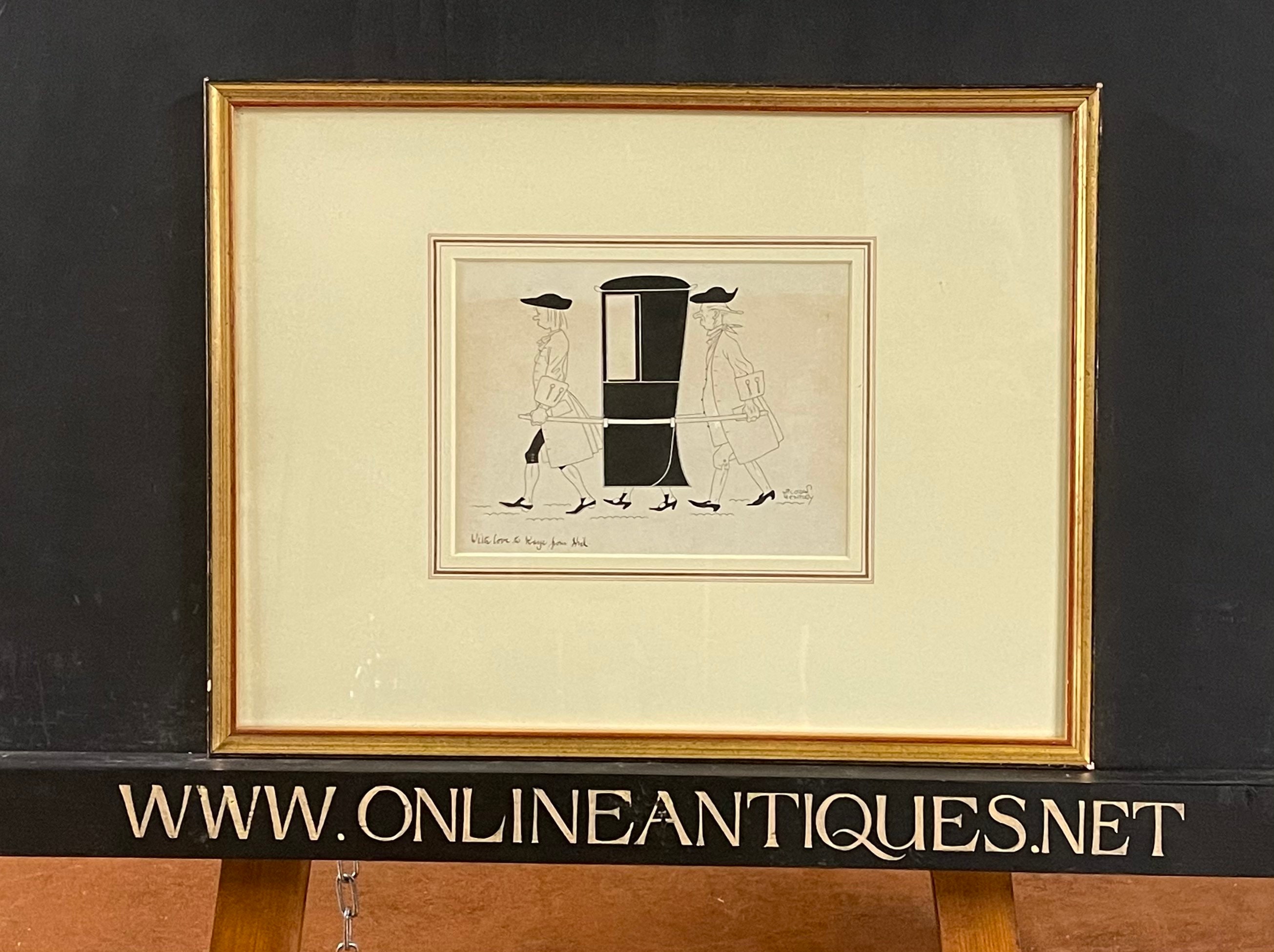 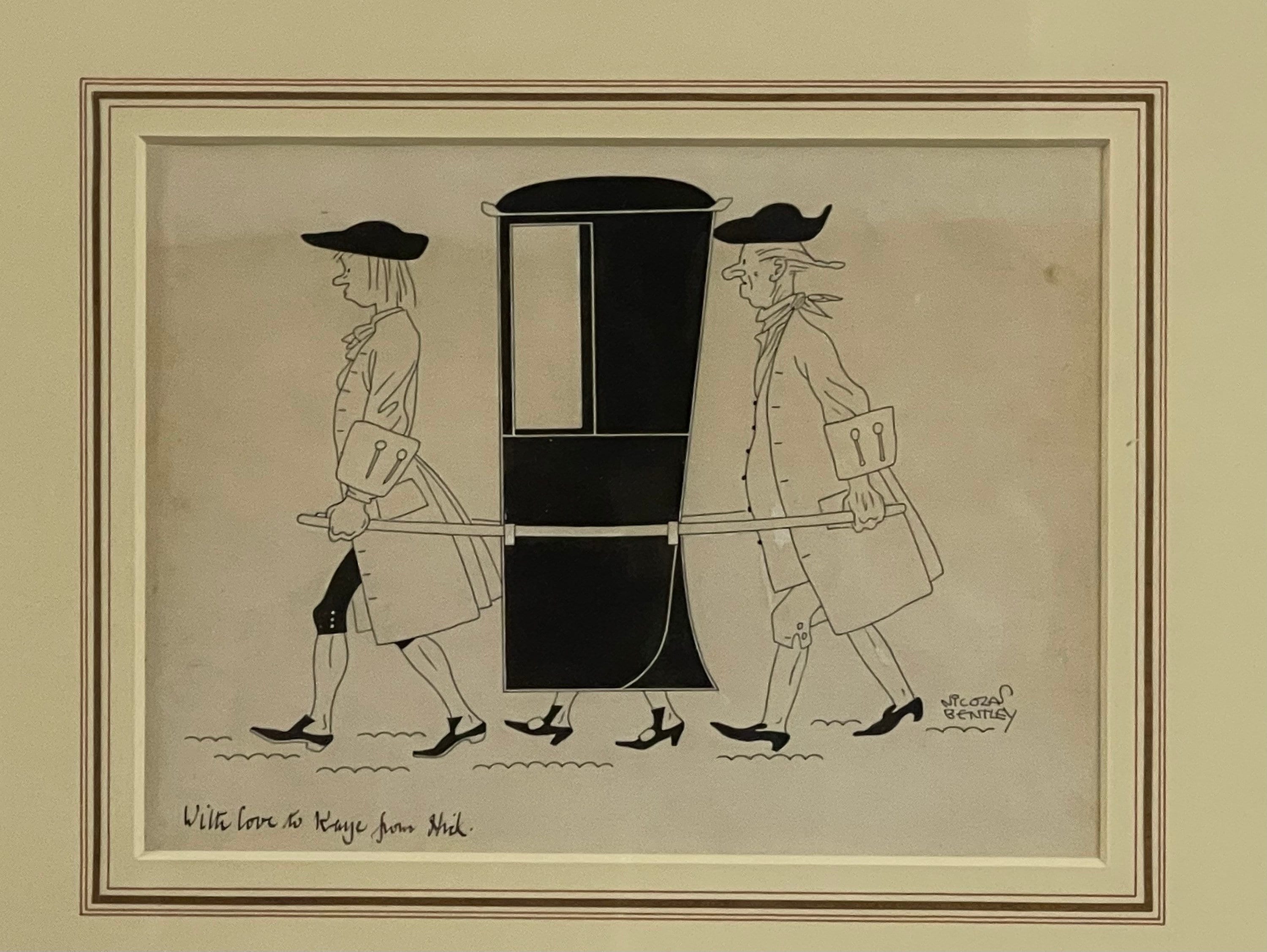 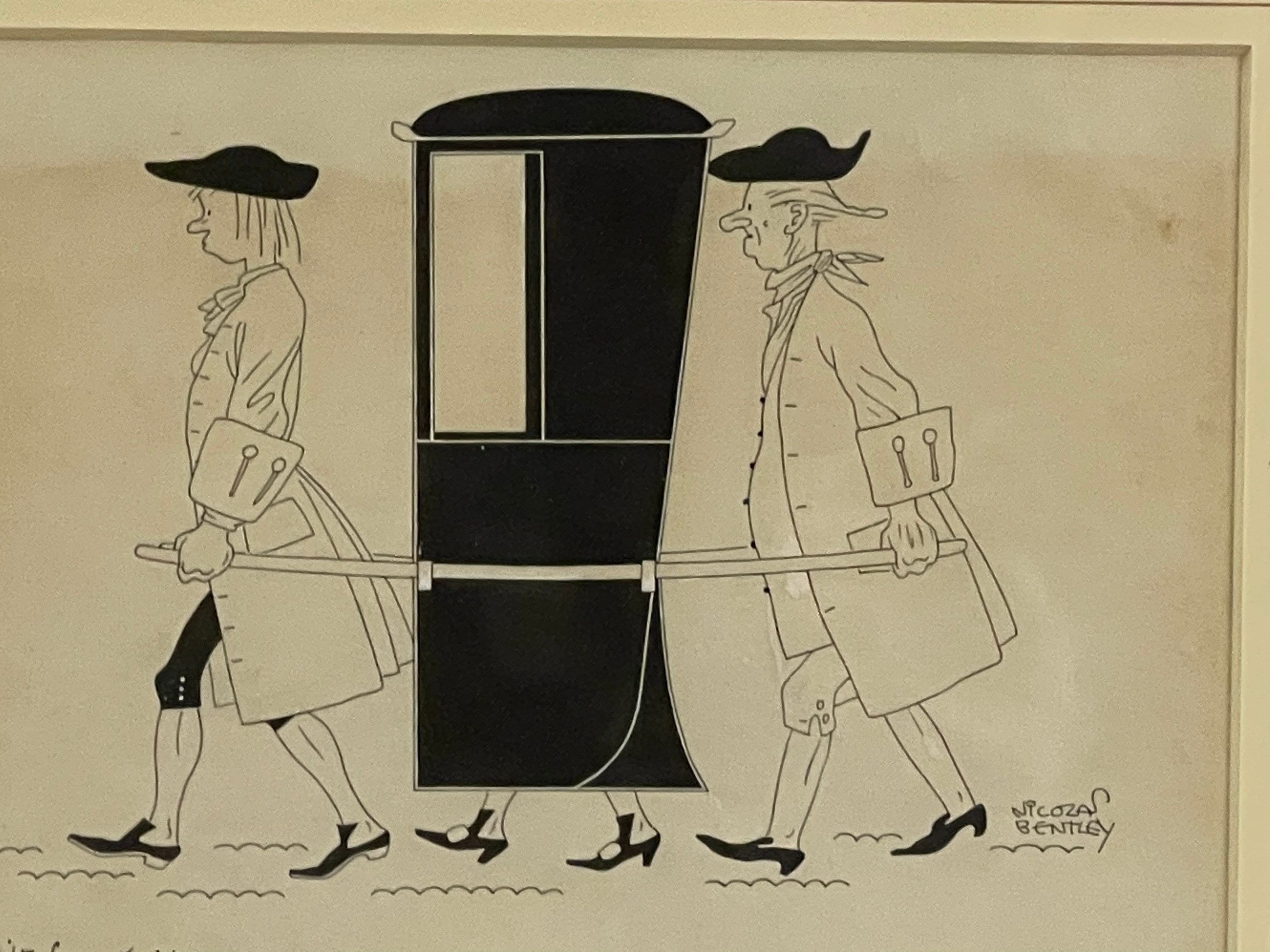 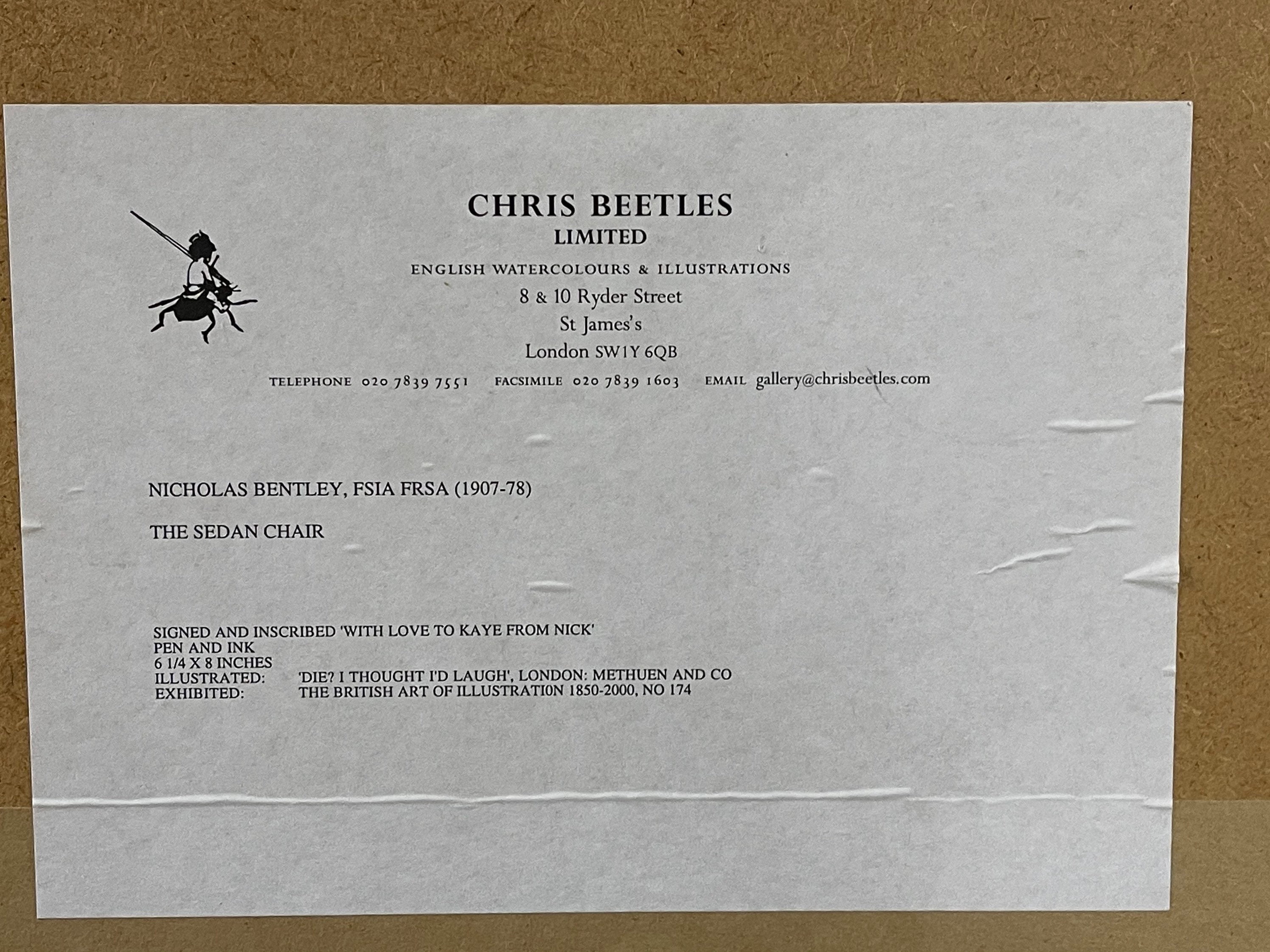 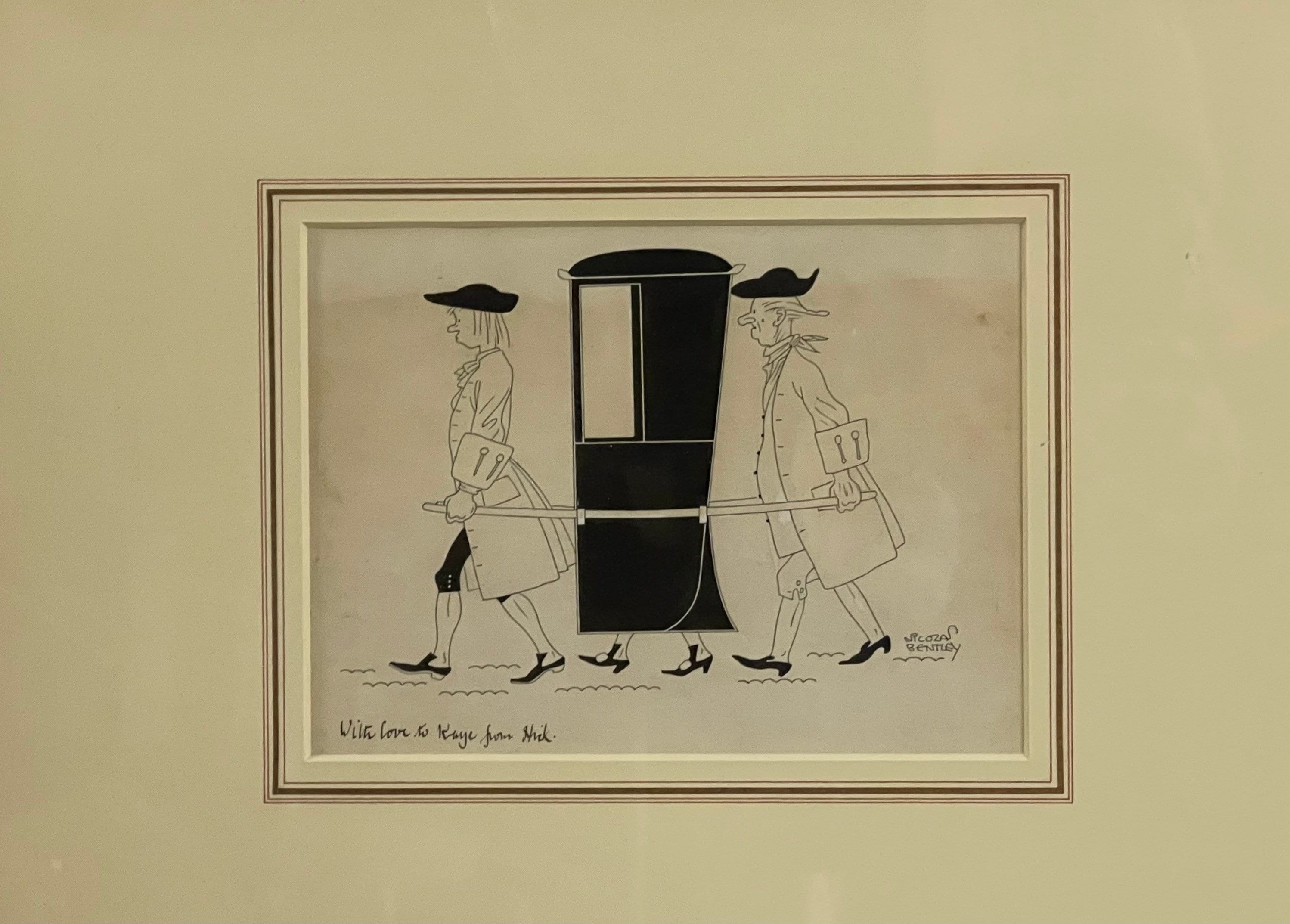 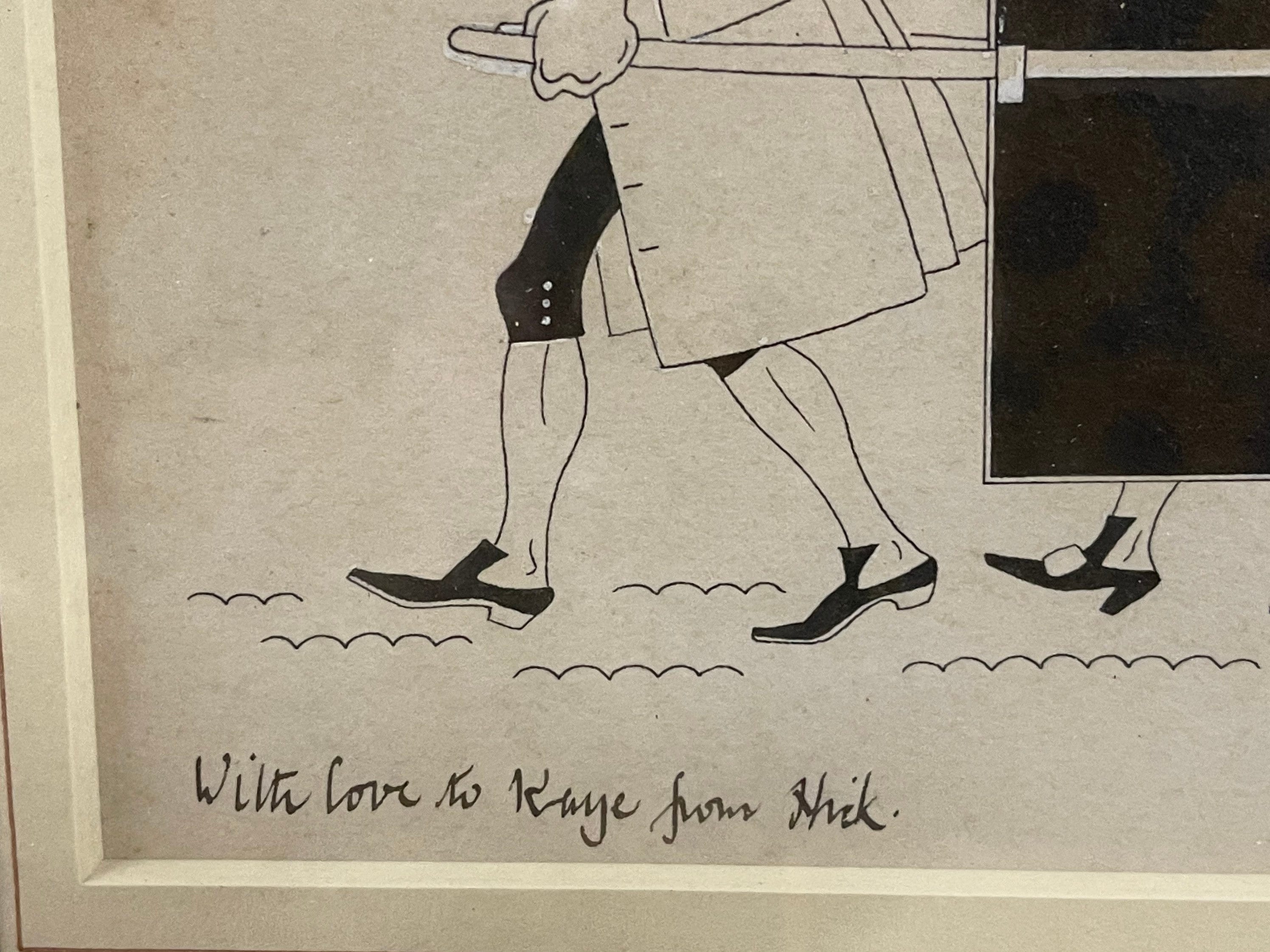 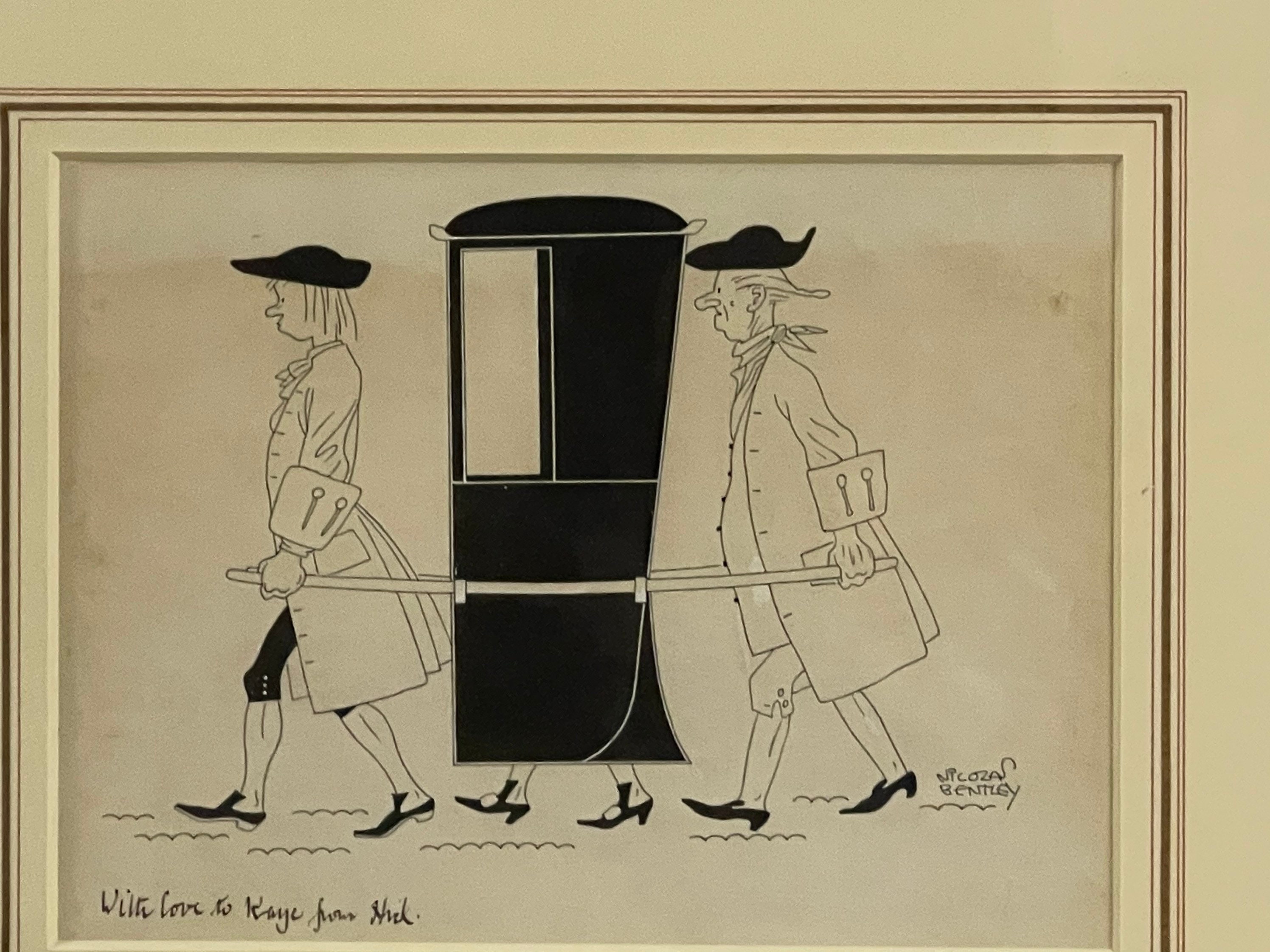 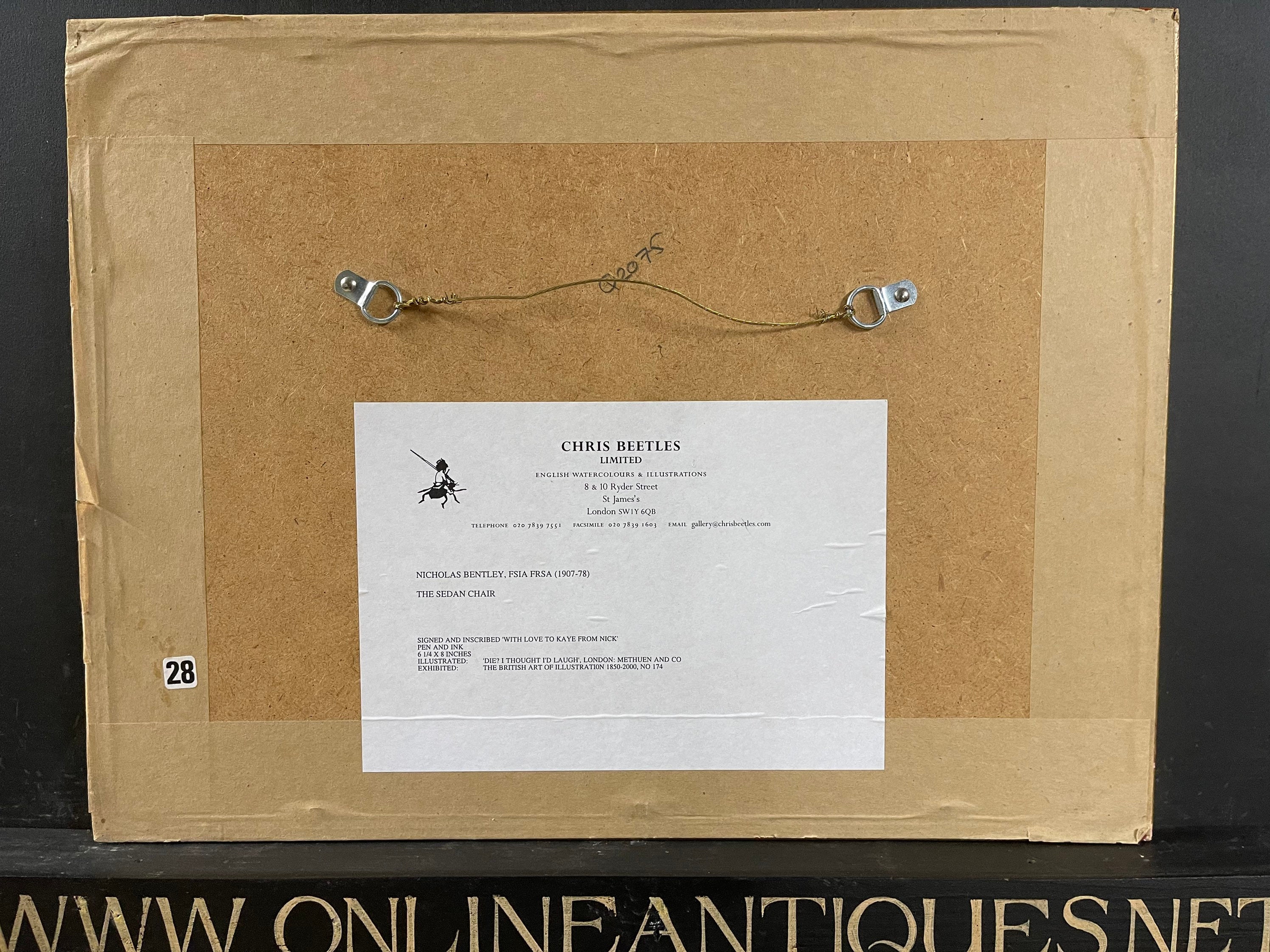 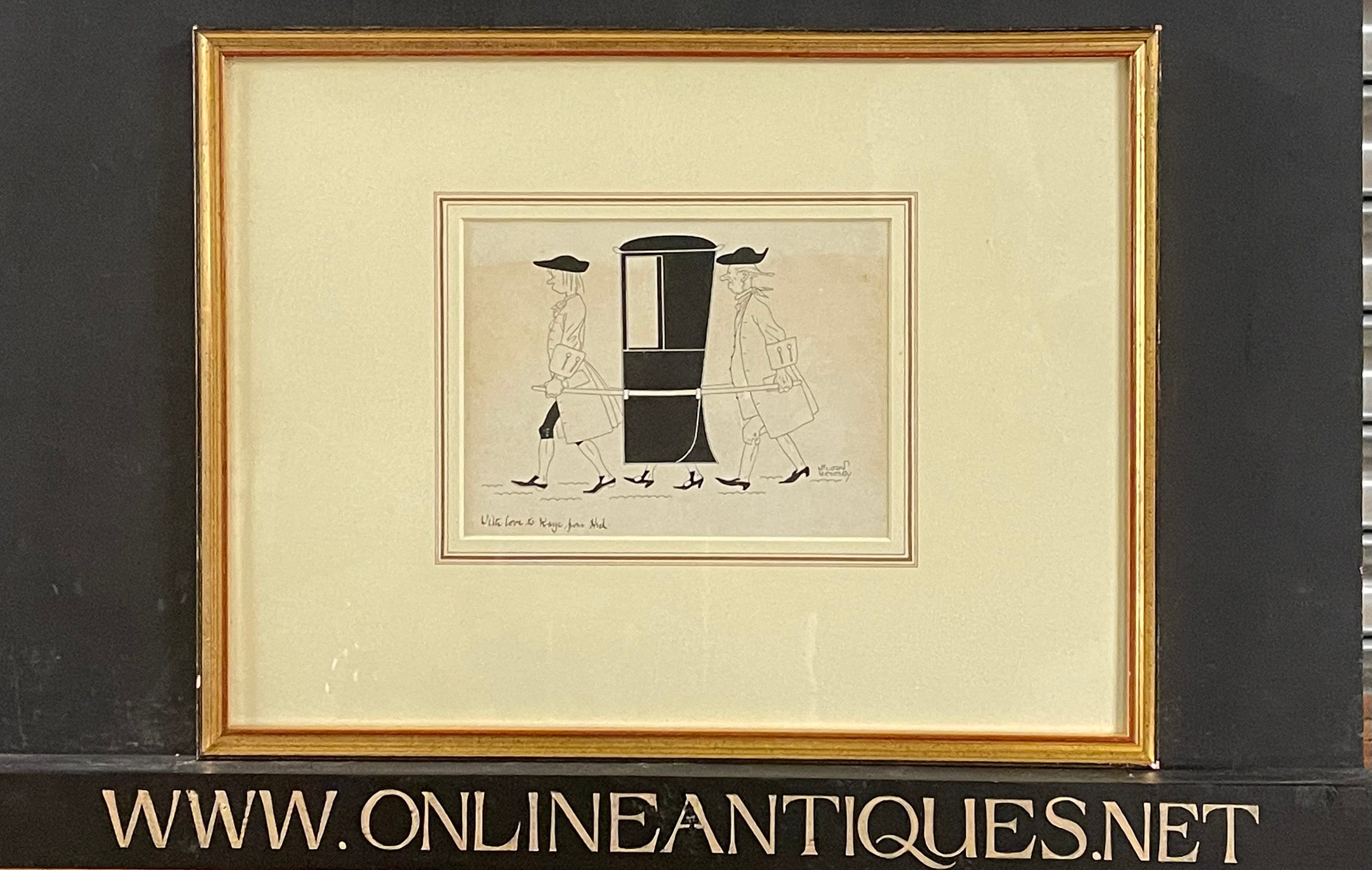 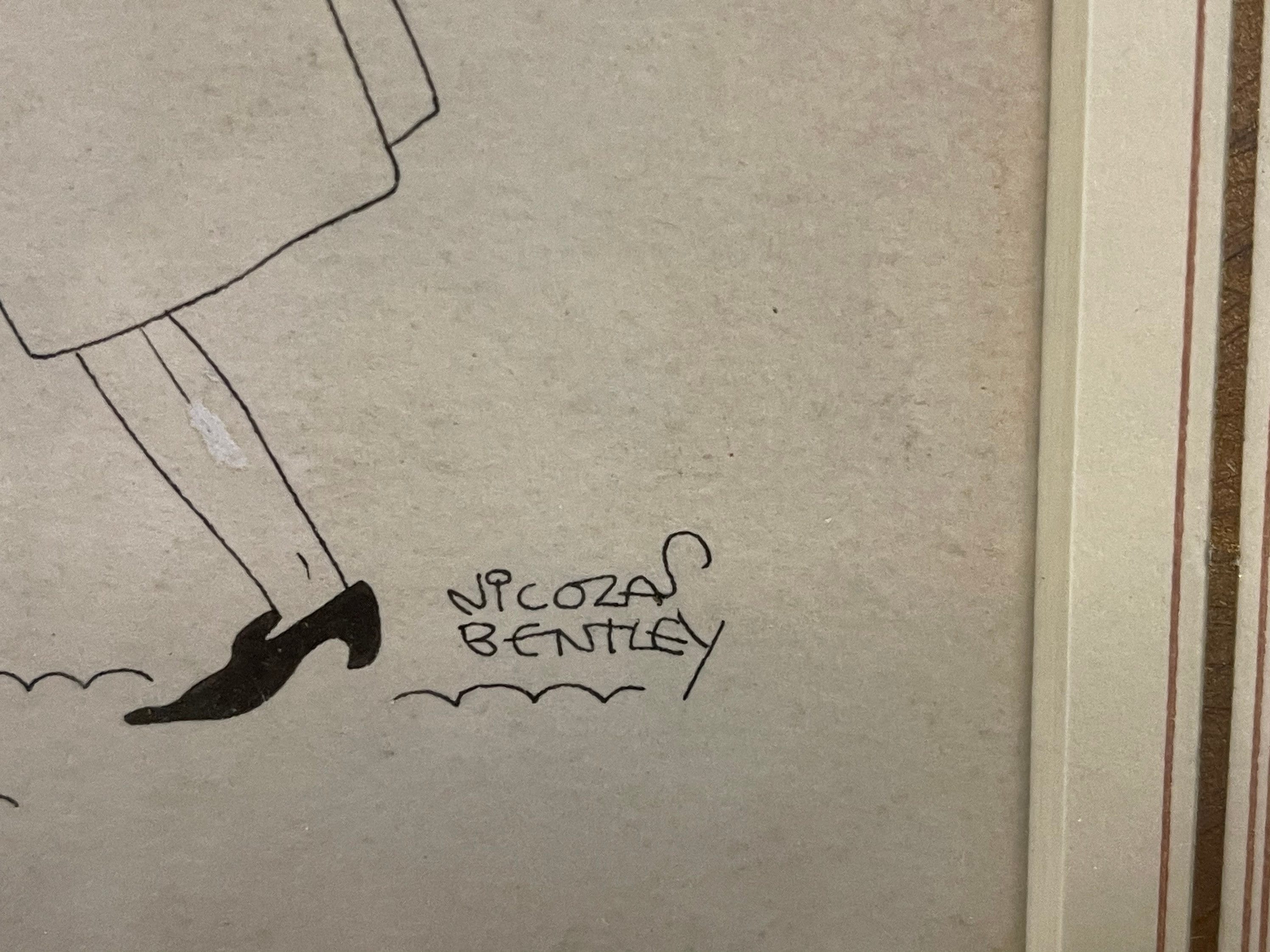 
Signed and Inscribed ‘with love to Kaye from Nick’

NICOLAS BENTLEY FRSA FSIA (1907-1978)
The son of writer E C Bentley, Nicolas Bentley was born in Highgate, London. He was educated at University College School, London, and studied at Hetherley’s School of Art before beginning to work as a freelance writer and illustrator. After a period in British Intelligence during the First World War, he developed a freelance career and entered the established world of publishing, in 1950 as Director of André Deutsch. He also worked as an editor for Sunday Times Publications Ltd (1962-63) and Thomas Nelson & Sons (1963-67). His many books include three novels and an autobiography, A Version of the Truth (1950).

Bentley established himself as an illustrator in 1930 when a friend of his father, Hilaire Belloc, asked him to work on an edition of New Cautionary Tales. The strikingly simple black and white style that he had already evolved by that time was later, and most famously, used in lively counterpoint for T S Eliot’s Old Possum’s Book of Practical Cats (1941) and his father’s clerihews. He drew the dialy pocket cartoon for the Daily Mail and produced caricatures for Punch, the Sunday Telegraph and Private Eye. He was elected FSIA (1946) and FRSA (1974).