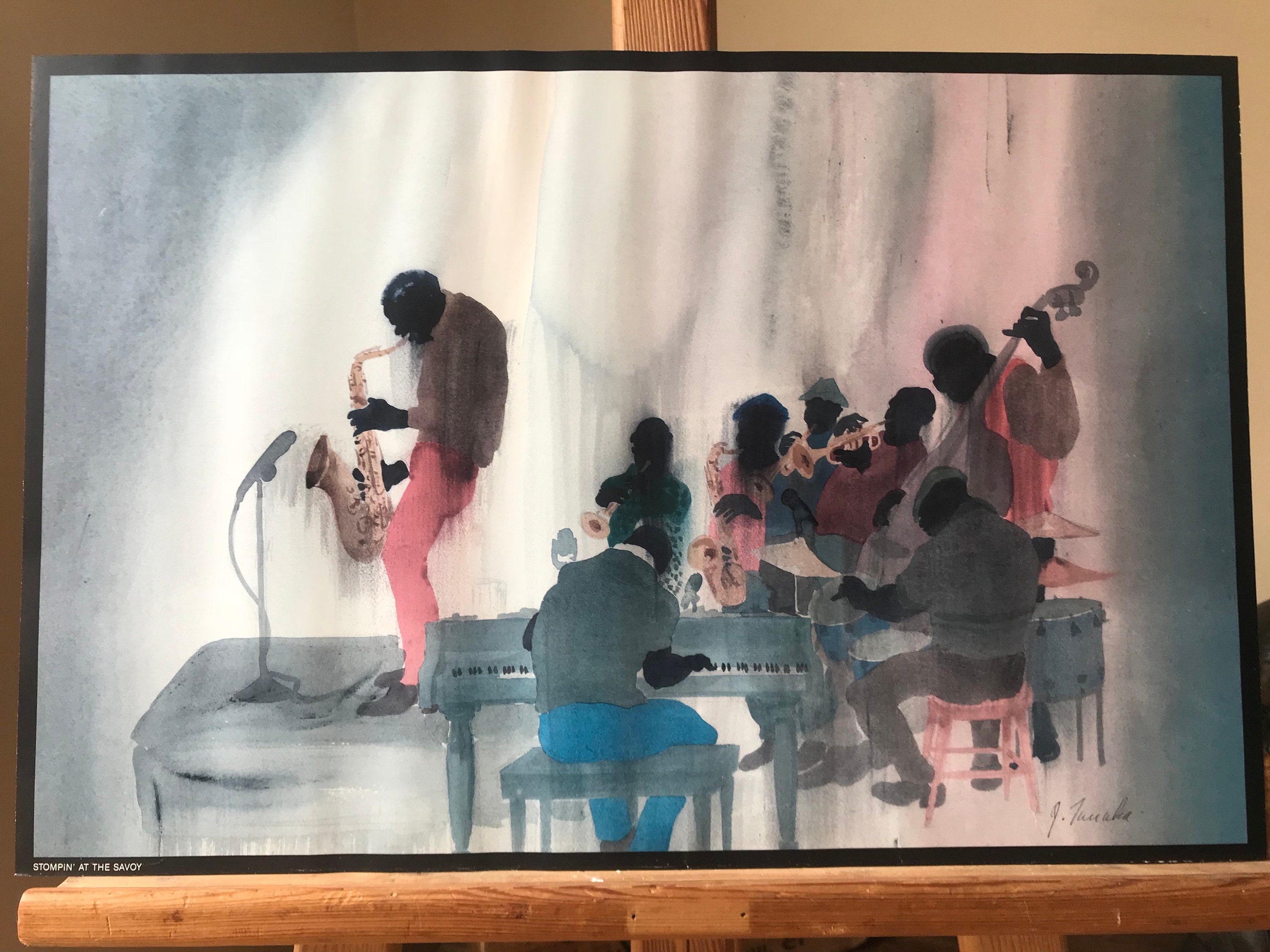 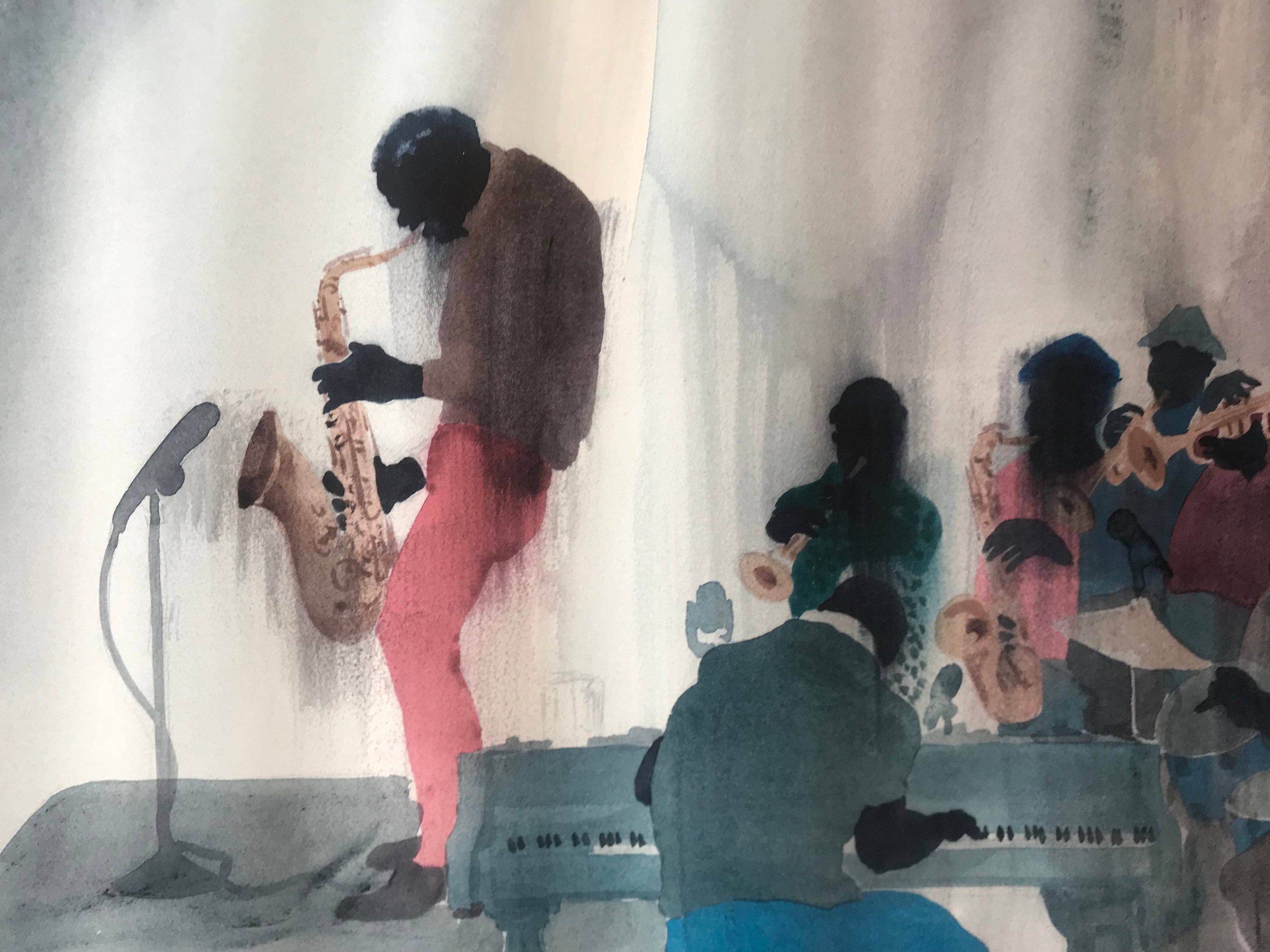 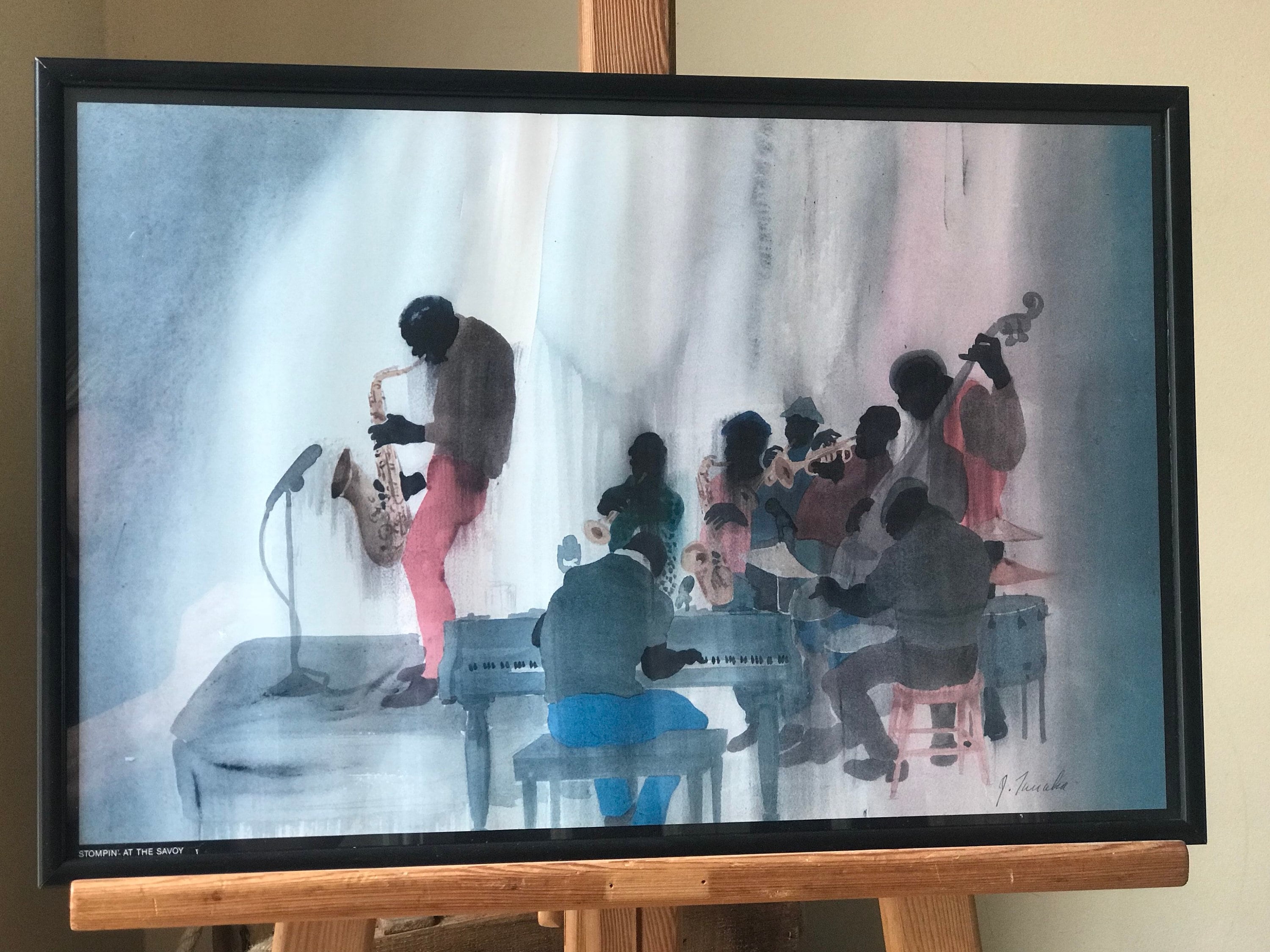 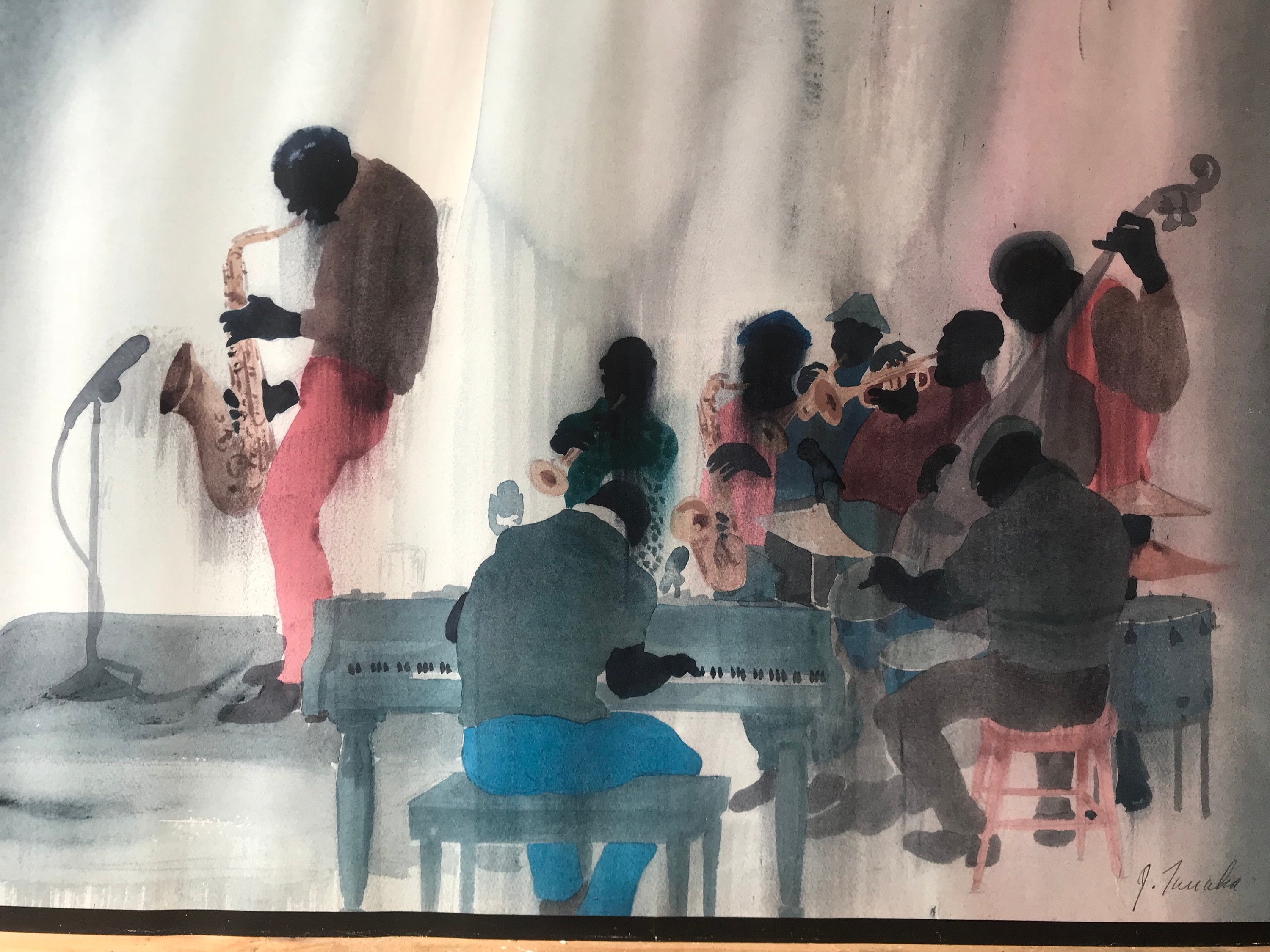 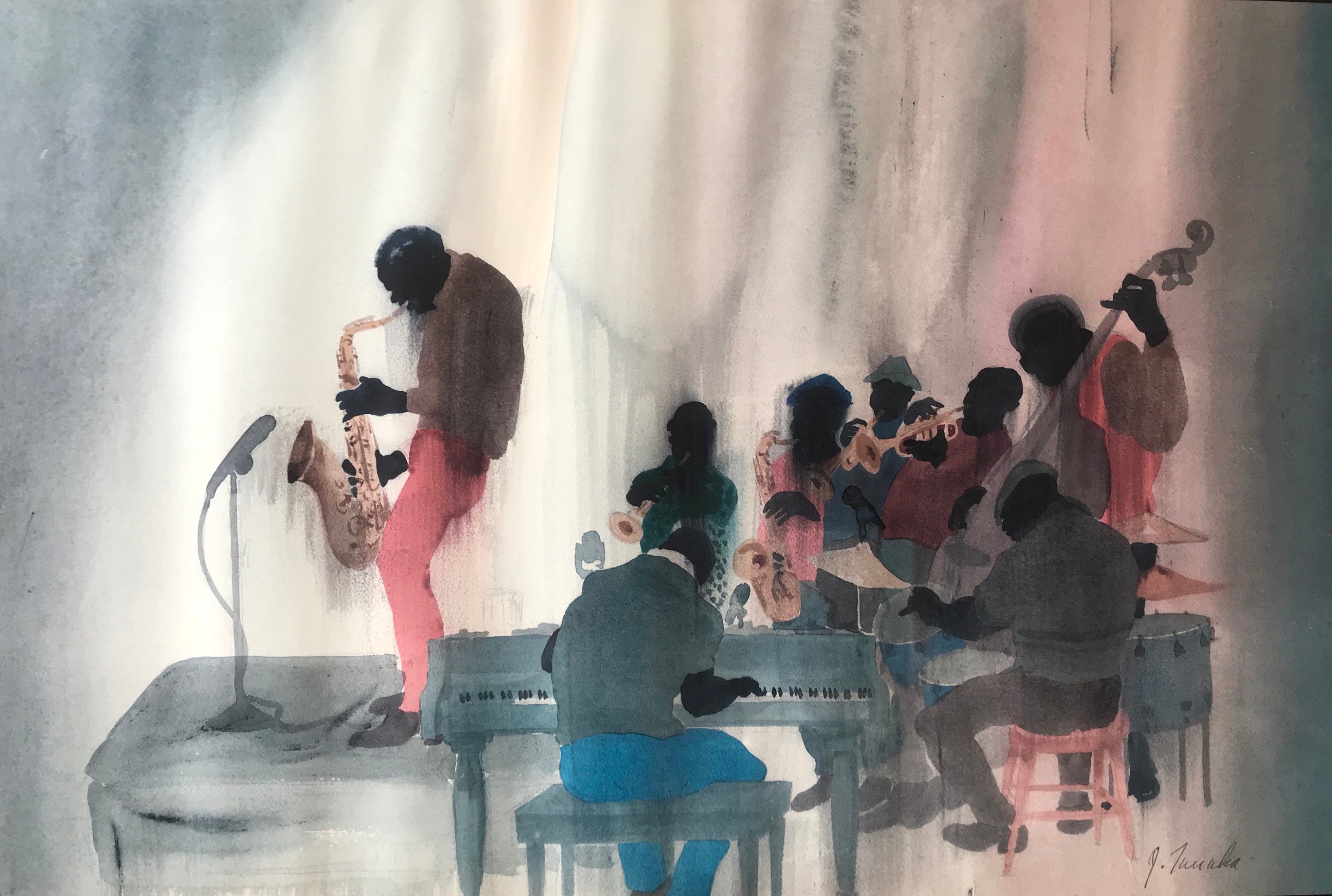 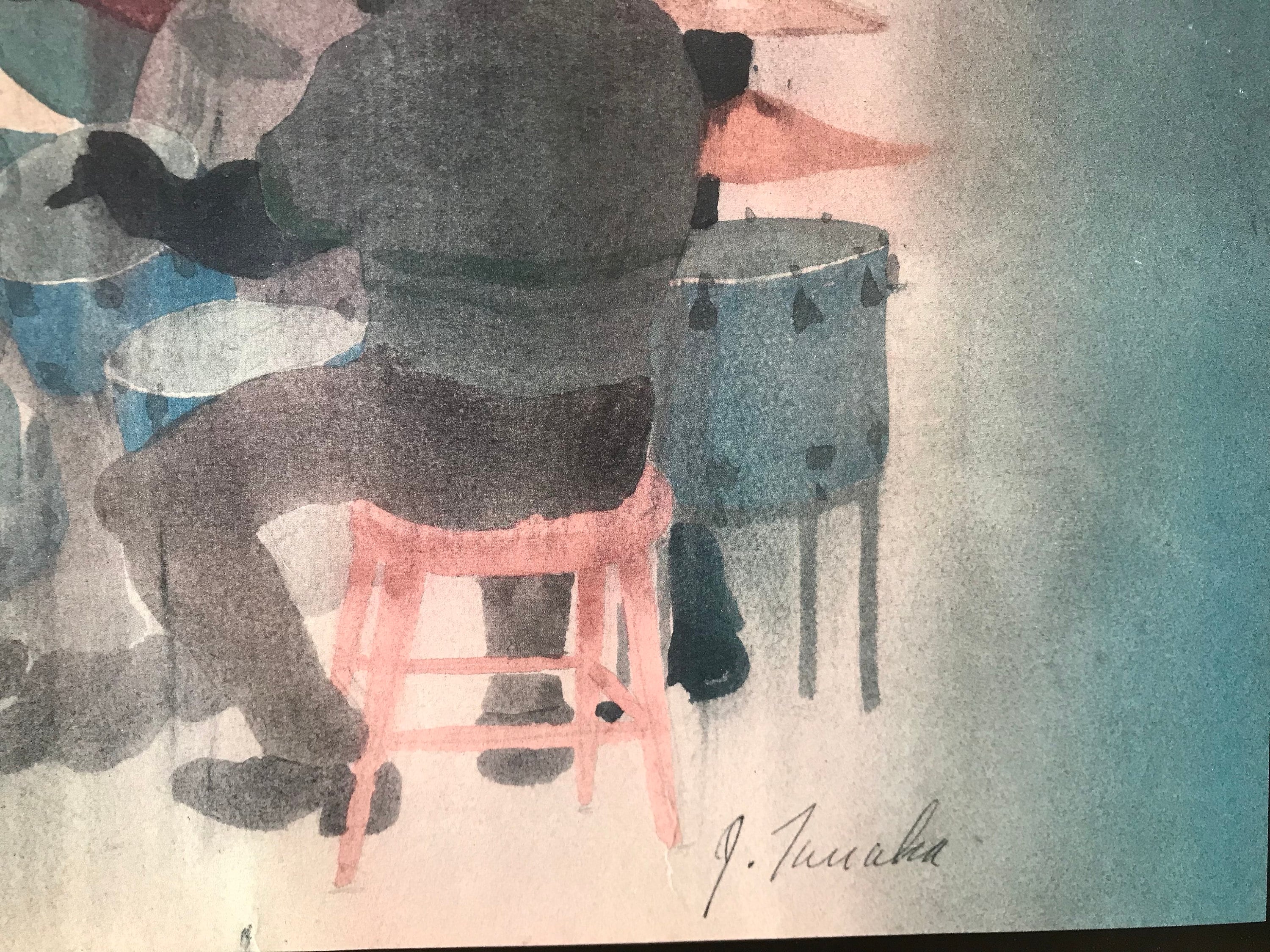 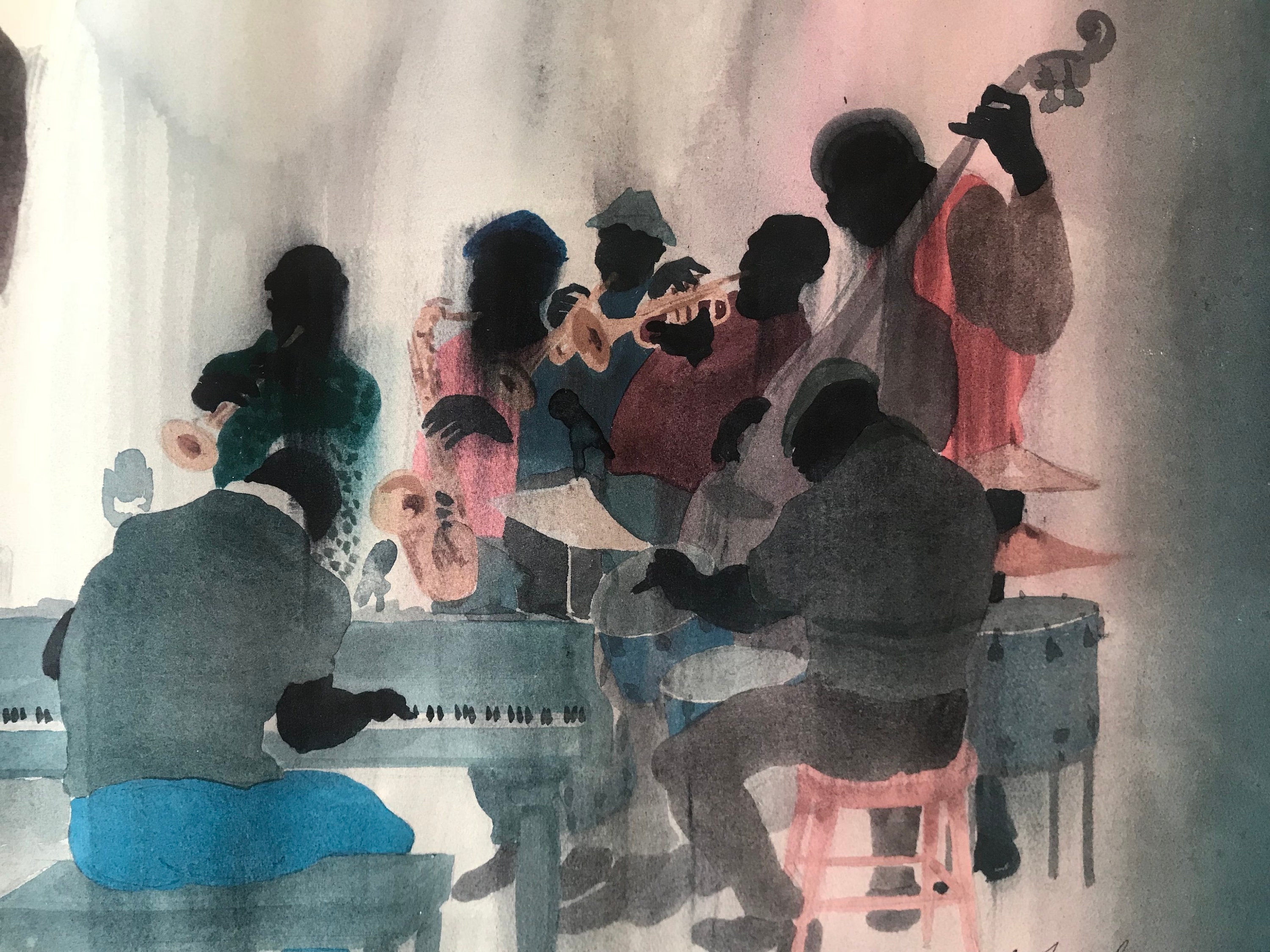 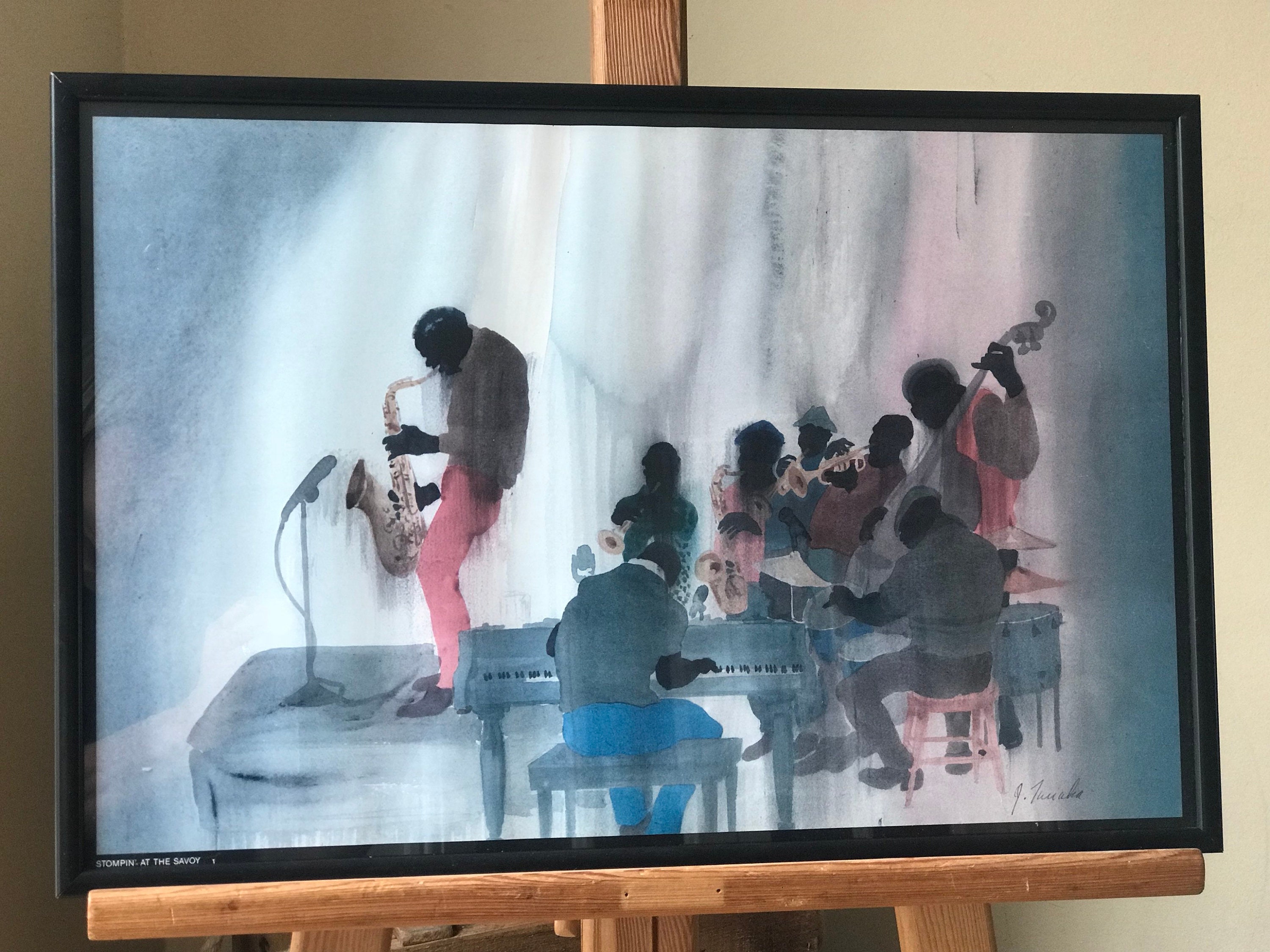 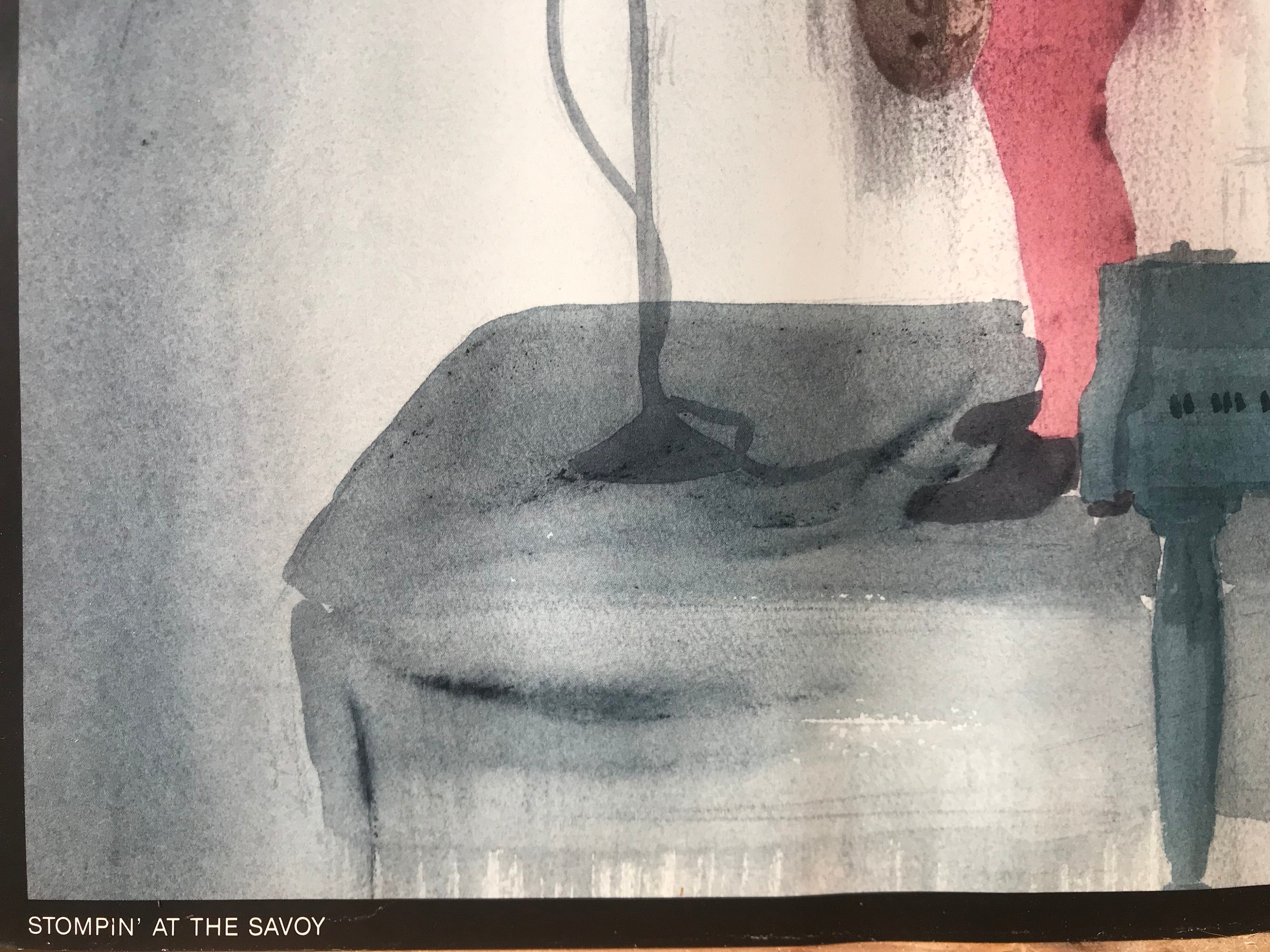 Stompin In The Savoy


Mounted in a simple black frame

which has been signed in pencil by James Tanaka bottom right


Artist Bio: James Tanaka (Japanese-American), a renowned painter, jazz man and humanitarian. In 1935 at the age of 18 Jim began his career as an animator for Walt Disney Studios working on early features such as Fantasia and he retired in 1981 as Disney's Art Director for Merchandising, located in NYC. After retirement and at the age of 68 Jim moved to Oakland, CA and began another career in which he created and sold a series of 18 Tanaka Jazz Posters.