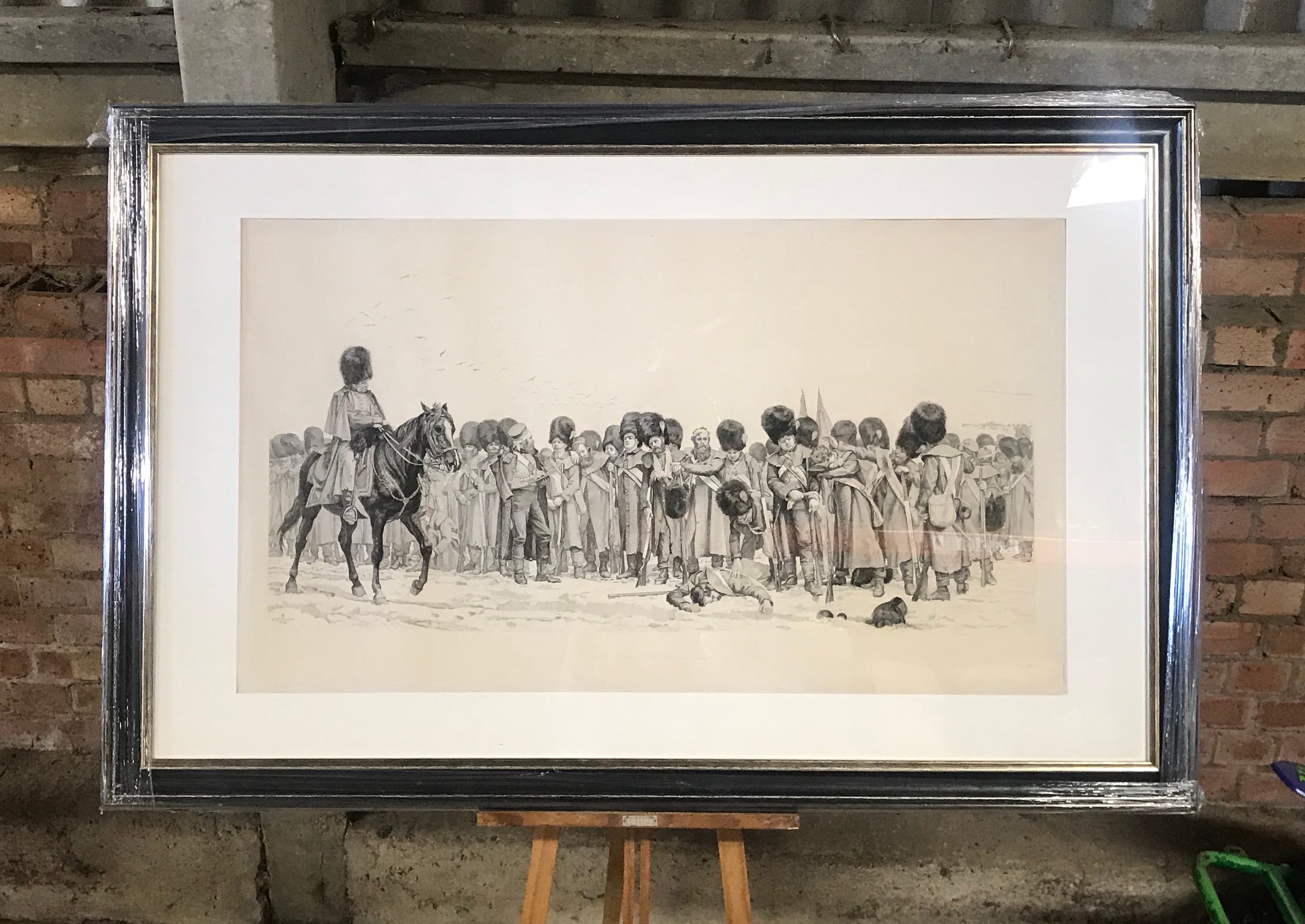 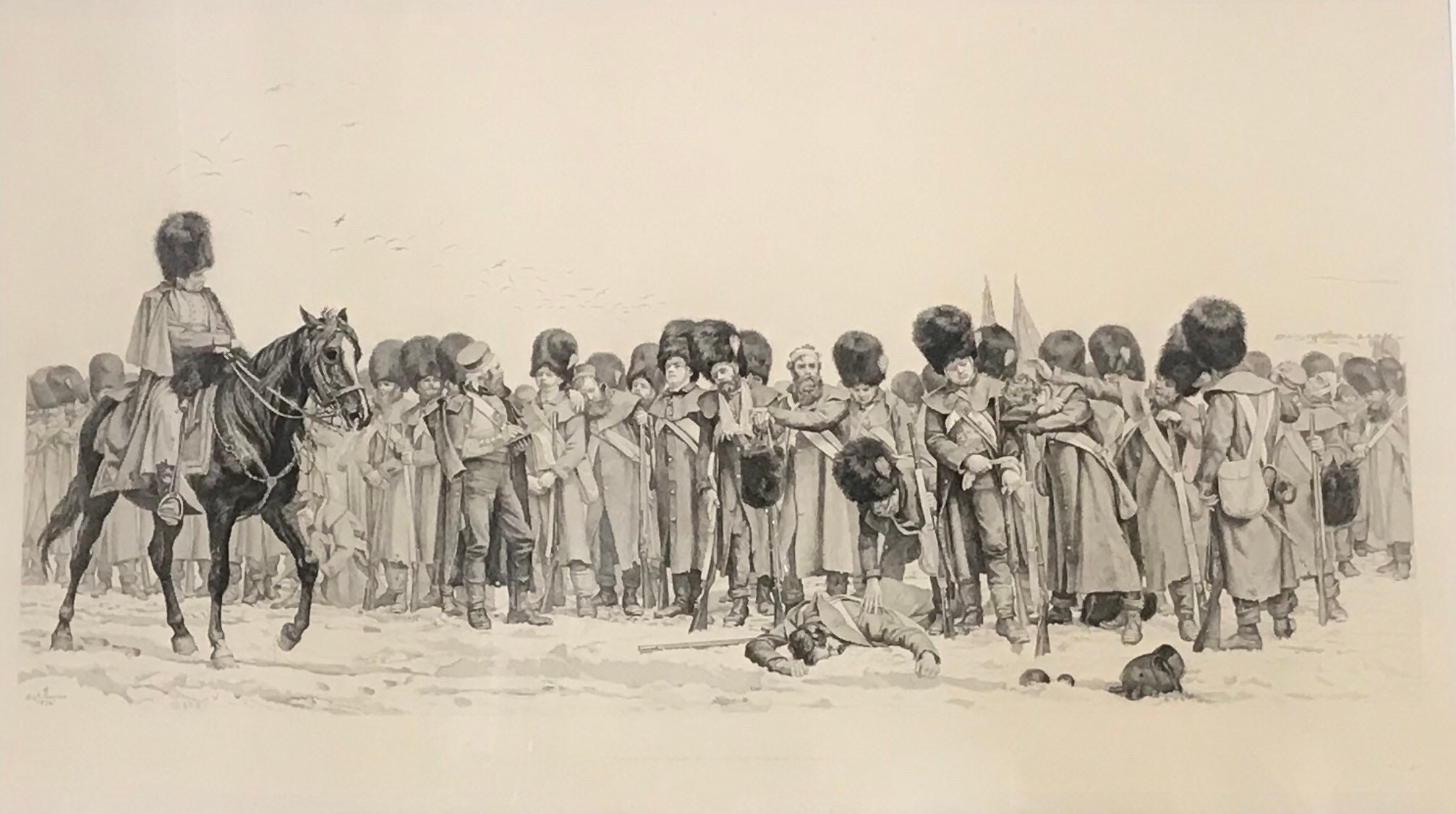 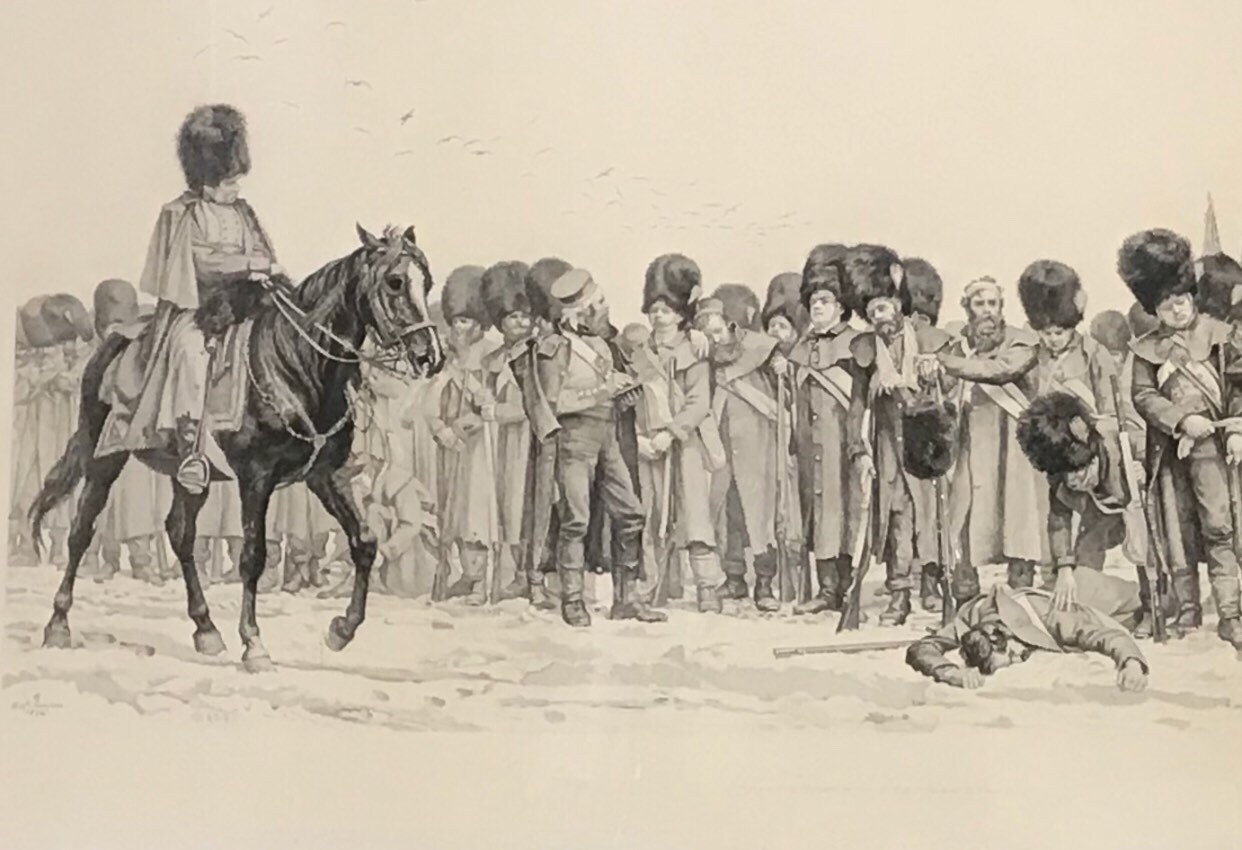 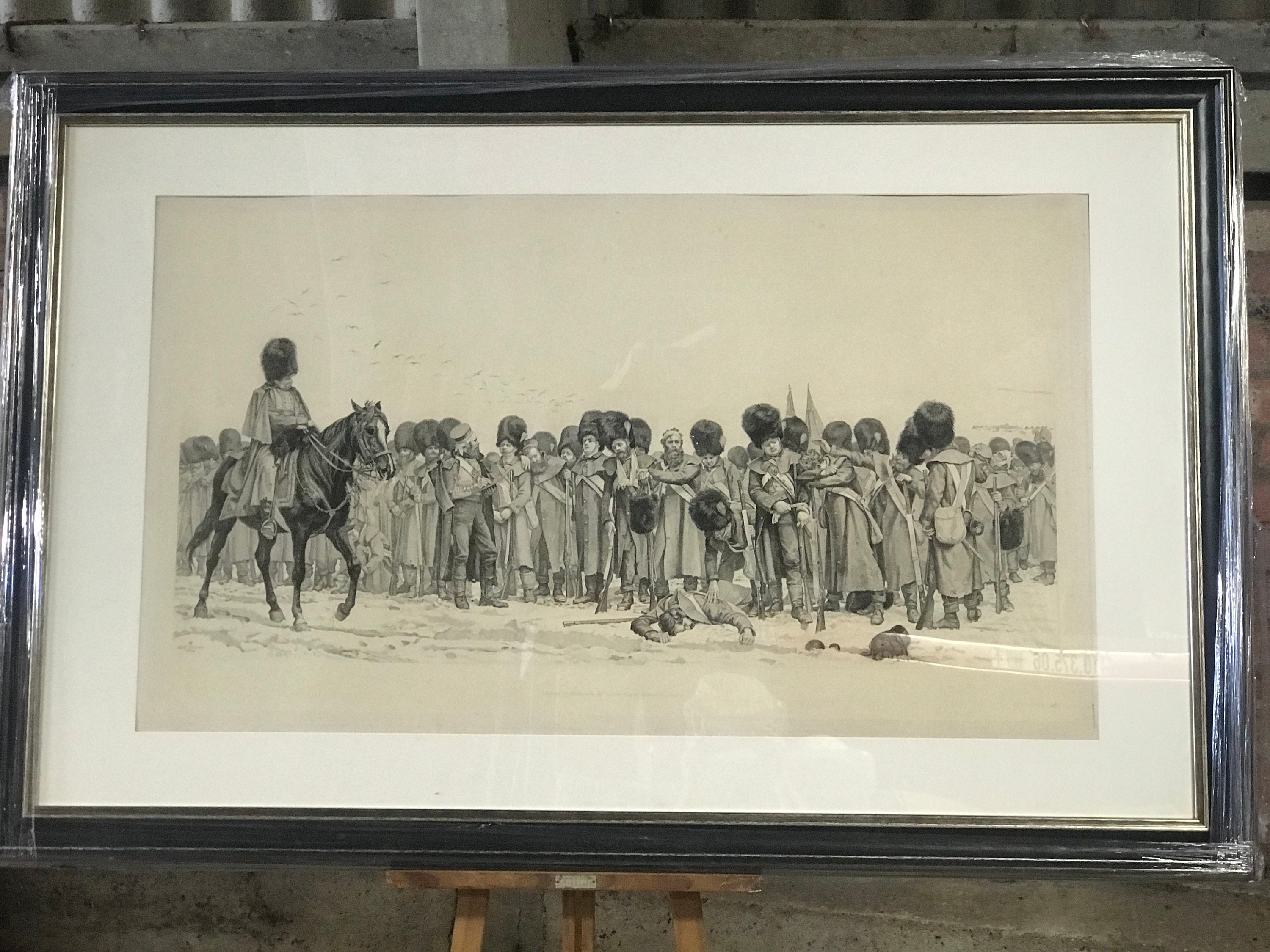 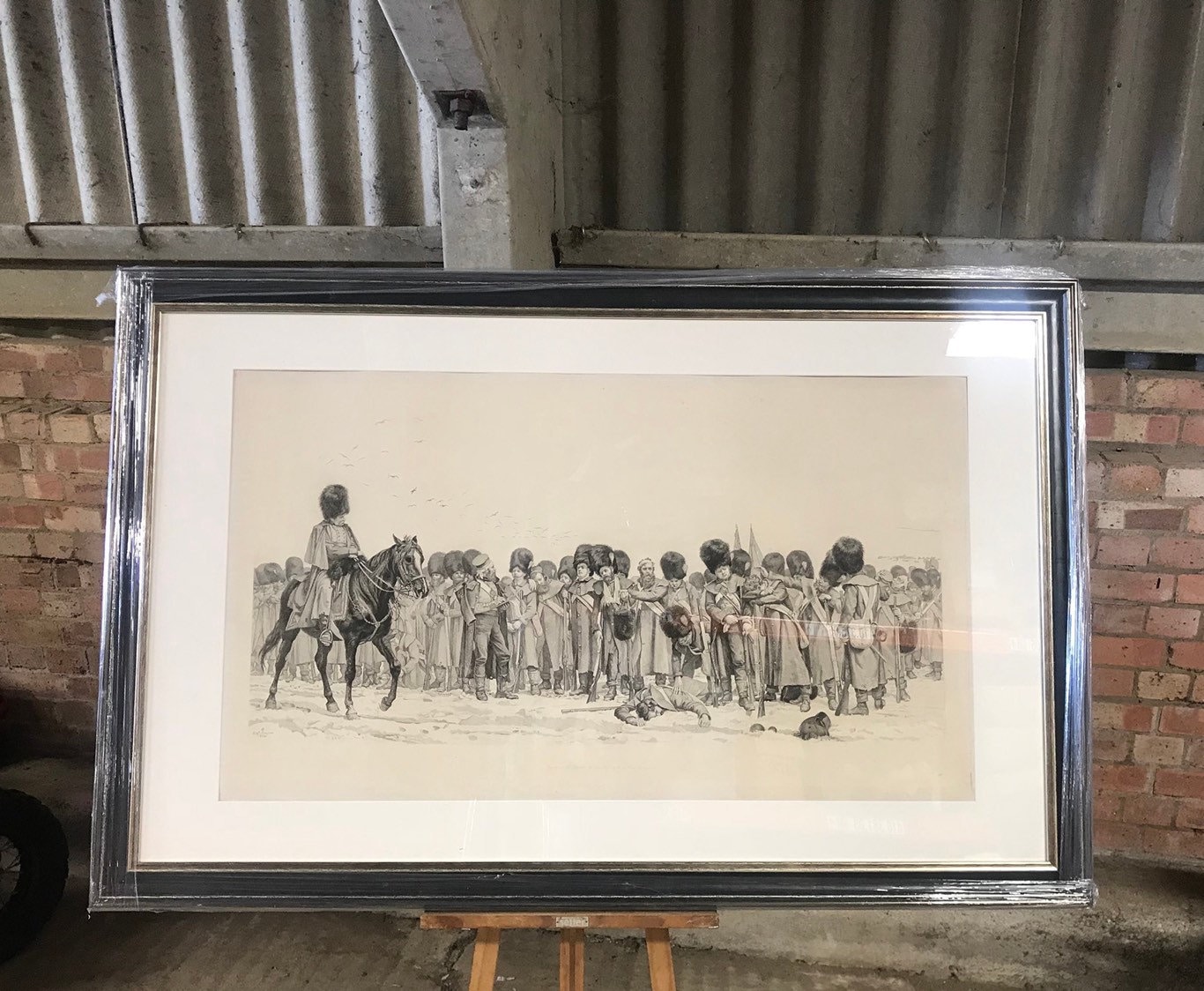 Elizabeth Southerden Thompson, Lady Butler (3 November 1846 – 2 October 1933) was a British painter, and specialised in painting scenes from British military campaigns and battles, including the Crimean War and the Battle of Waterloo.

In the cold light of morning, the remnants of a battalion of Grenadier Guards, many exhausted and wounded, are answering a roll call in the aftermath of a battle. The Roll Call captured the imagination of the country when exhibited at the Royal Academy in 1874, turning the artist into a national celebrity. So popular was the painting that a policeman had to be stationed before it to hold back the crowds and it went on to tour the country in triumph. The painting's focus on the endurance and bravery of ordinary soldiers without reference to the commanders of the army accorded with the mood of the times and the increasing awareness of the need for social and military reforms.


The original oil painting was purchased by Queen Victoria and is part of the Royal Collection at Buckingham Palace, but this lithograph in progress is the next best thing to owning that one. It has recently been framed and measures approximately 144.5cm x 93cm so is a substantial piece of artwork

Please message me if you have any further questions