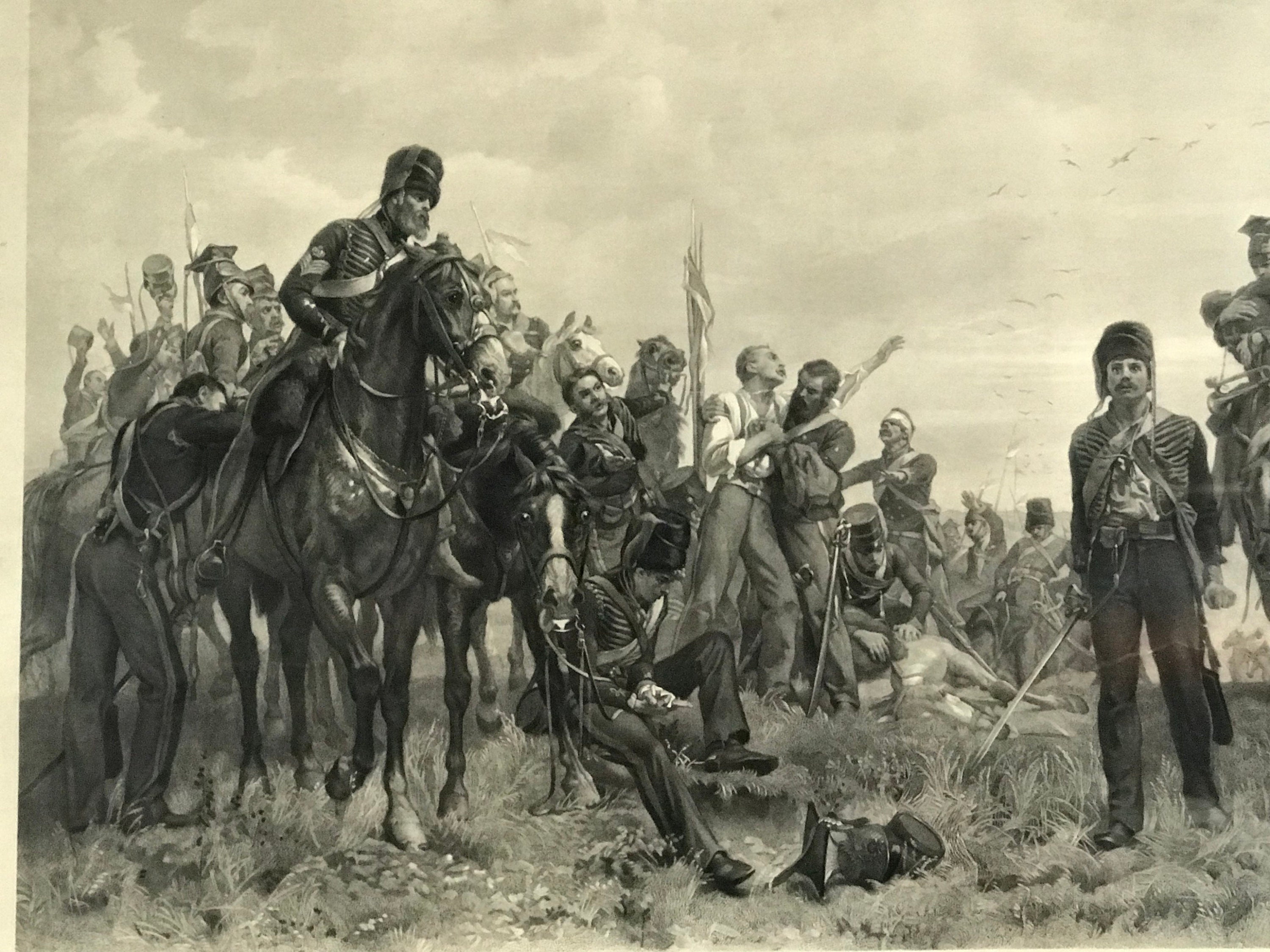 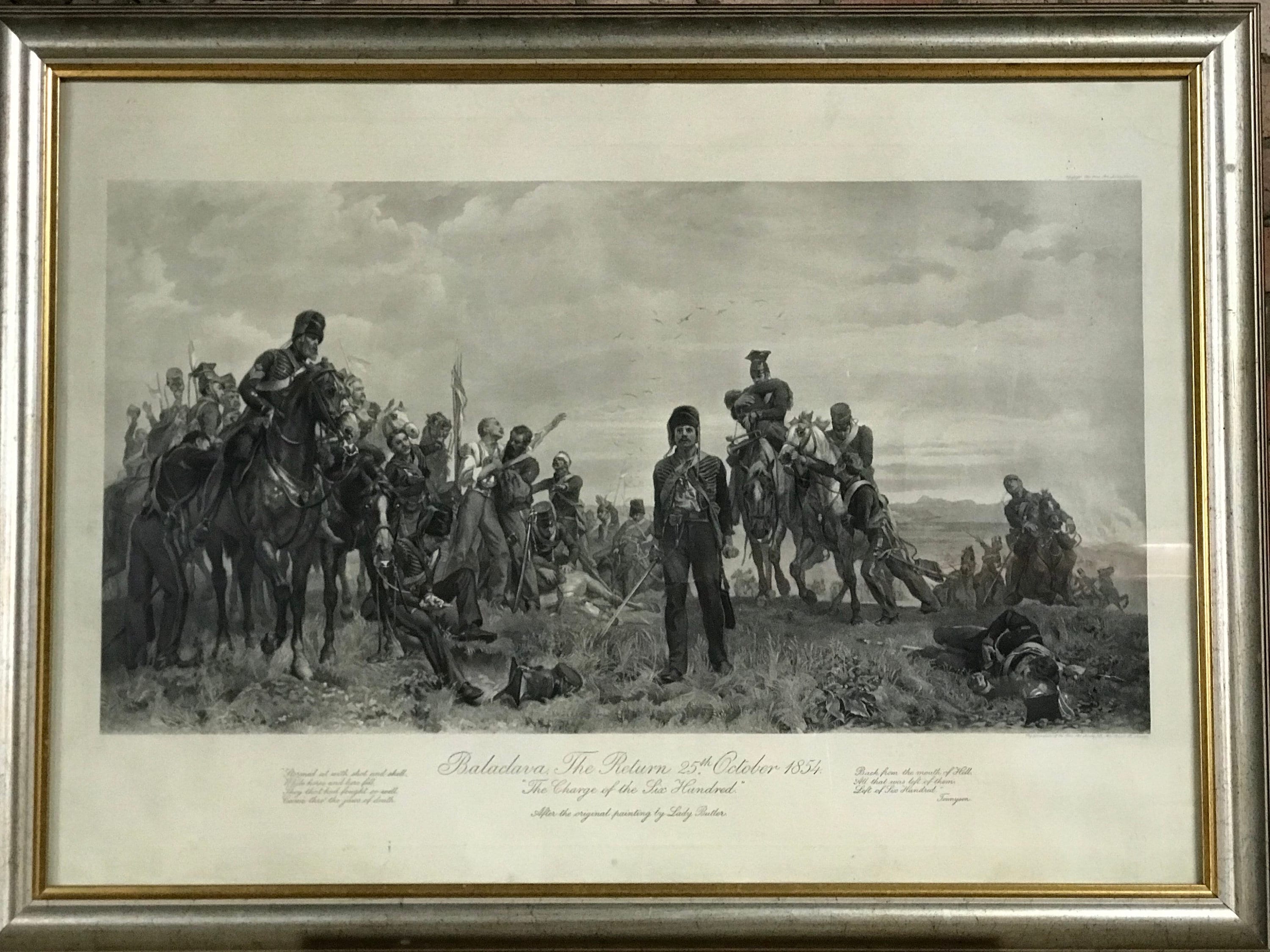 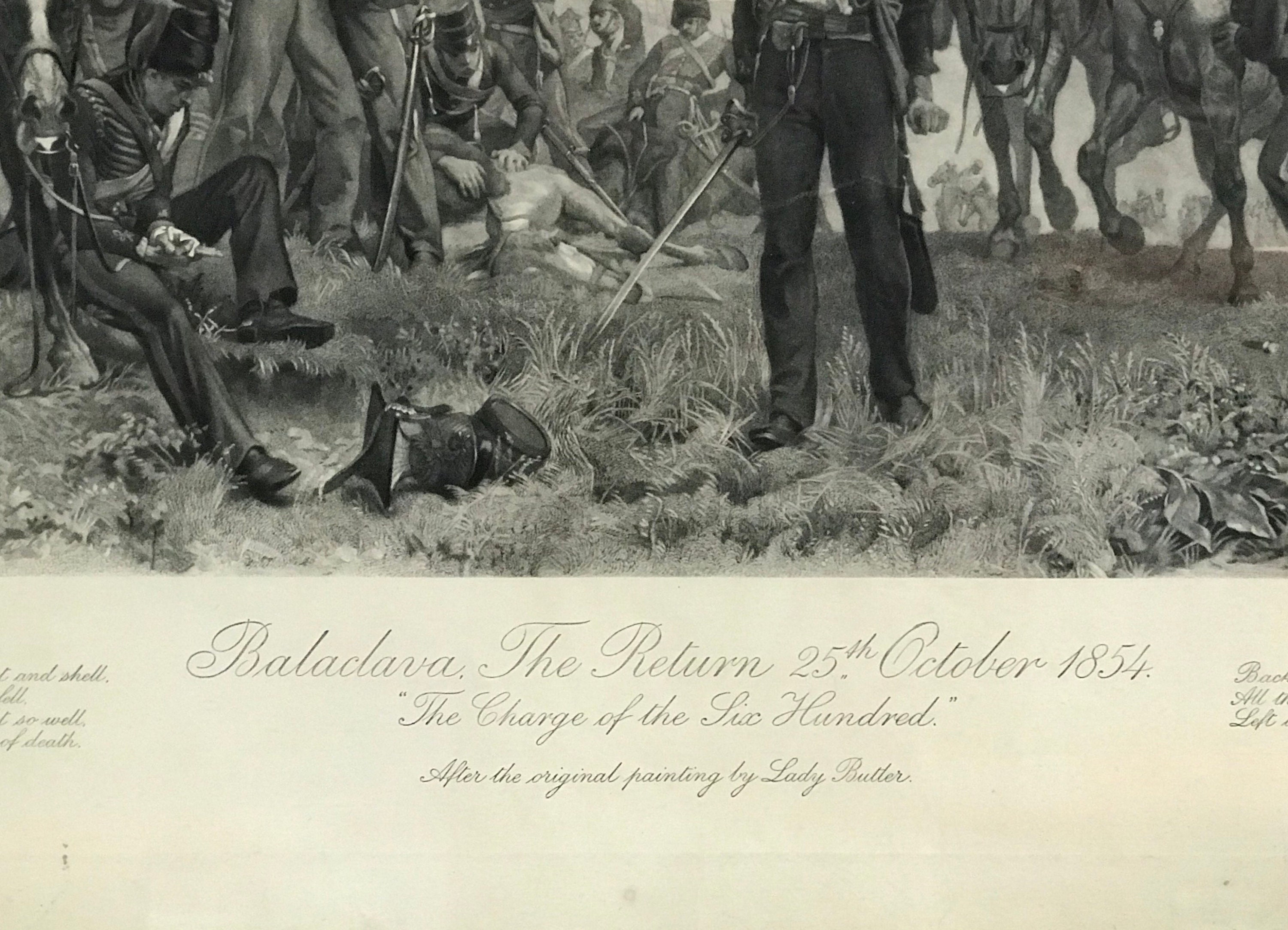 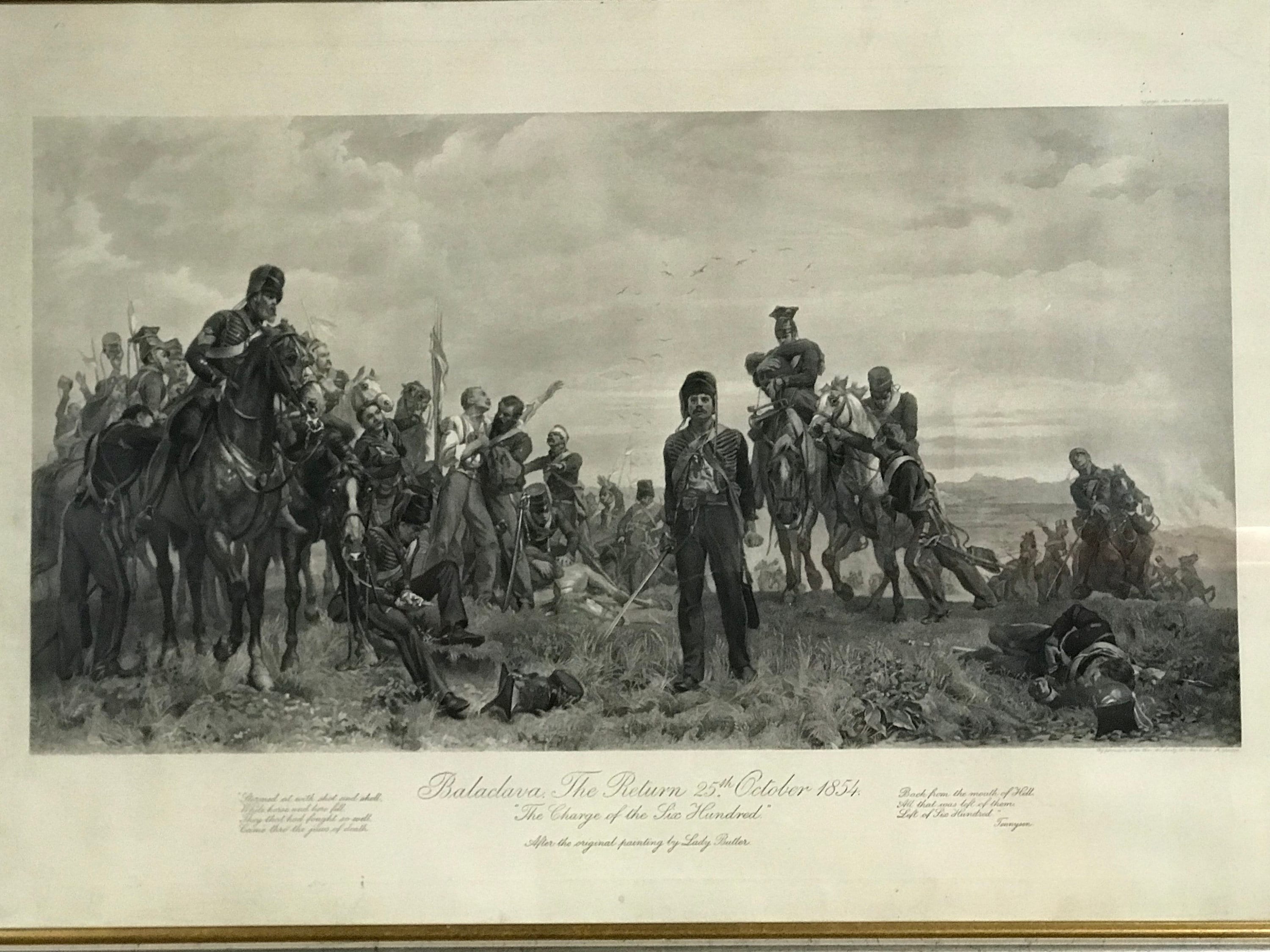 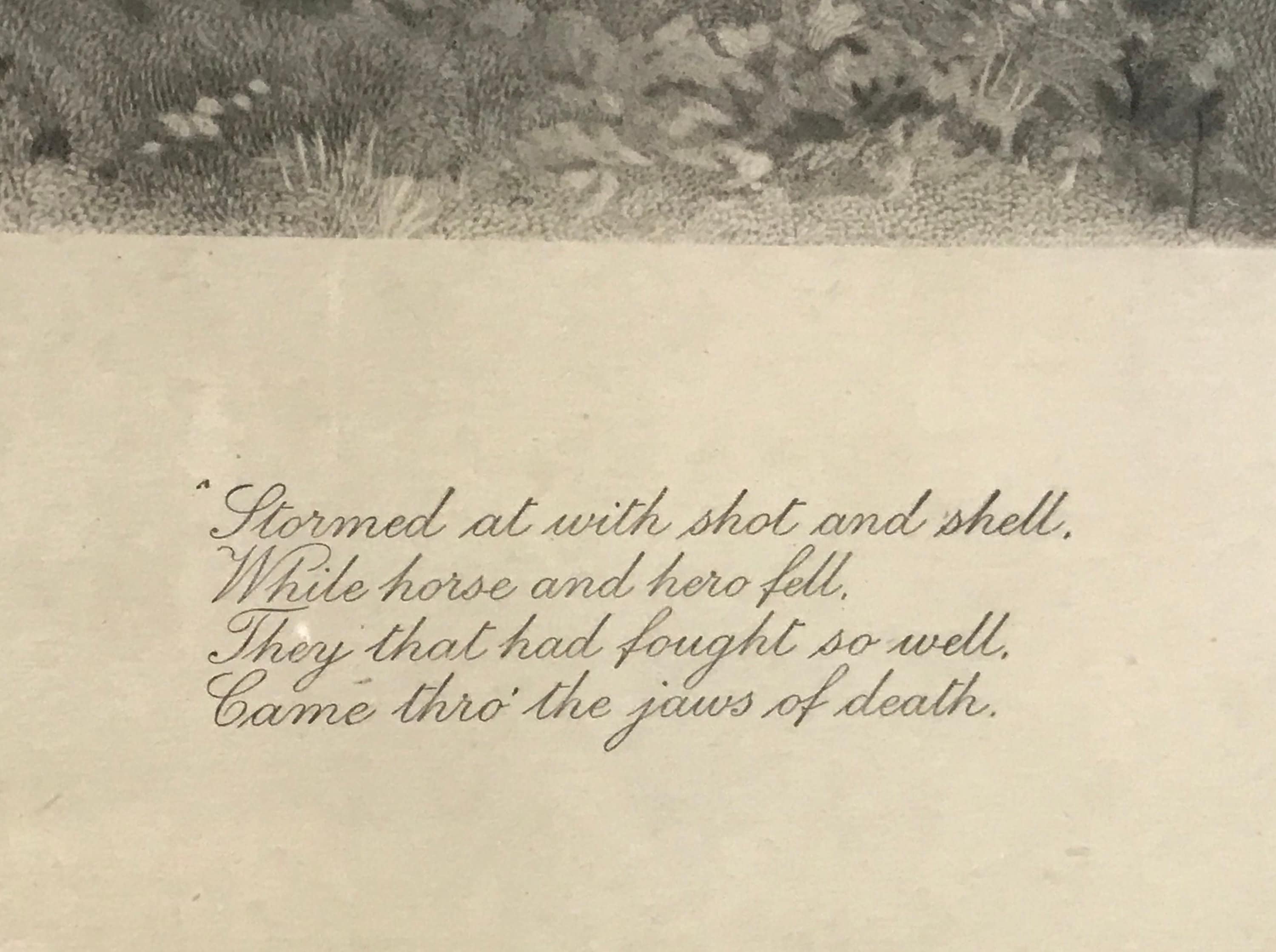 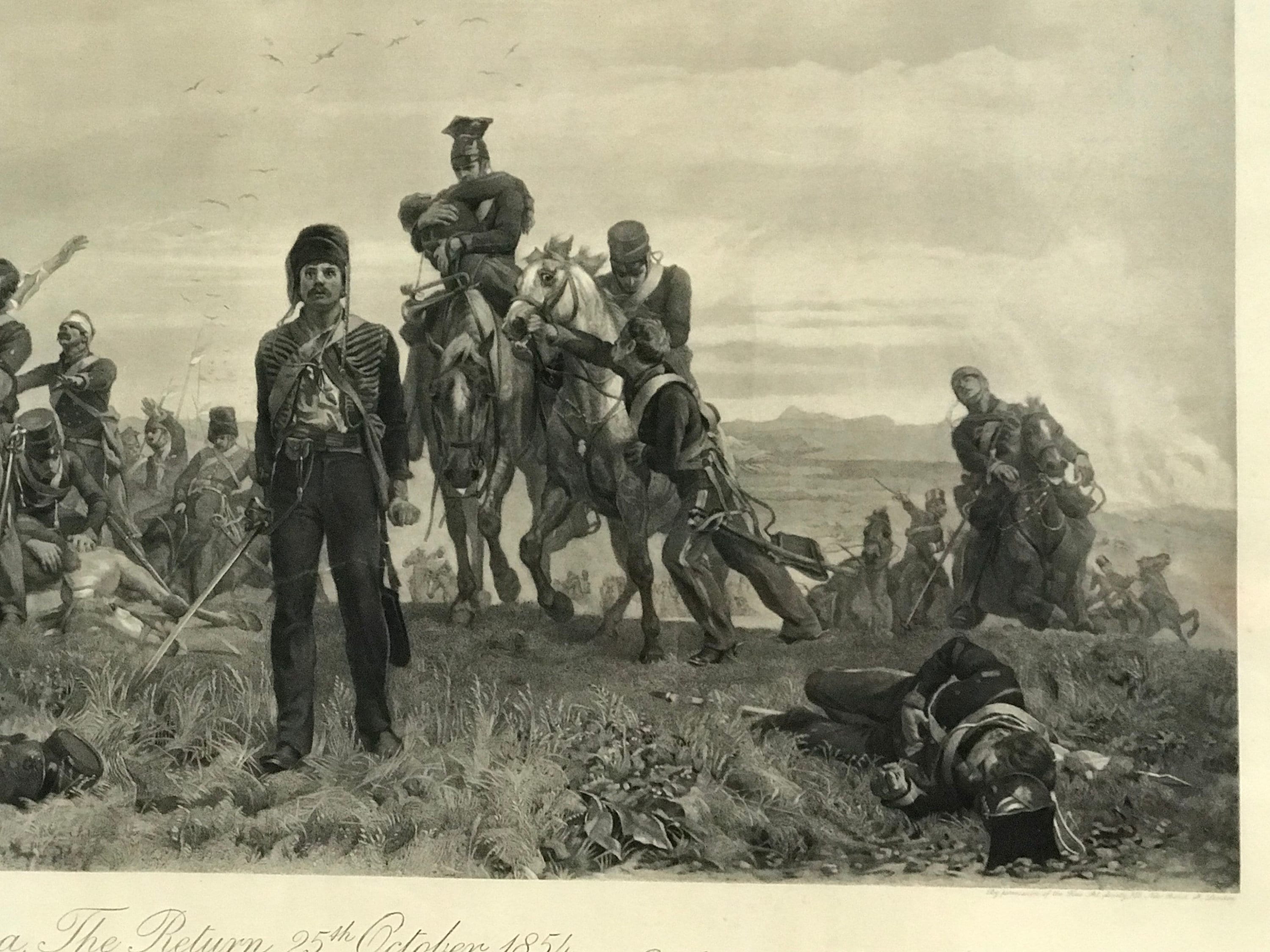 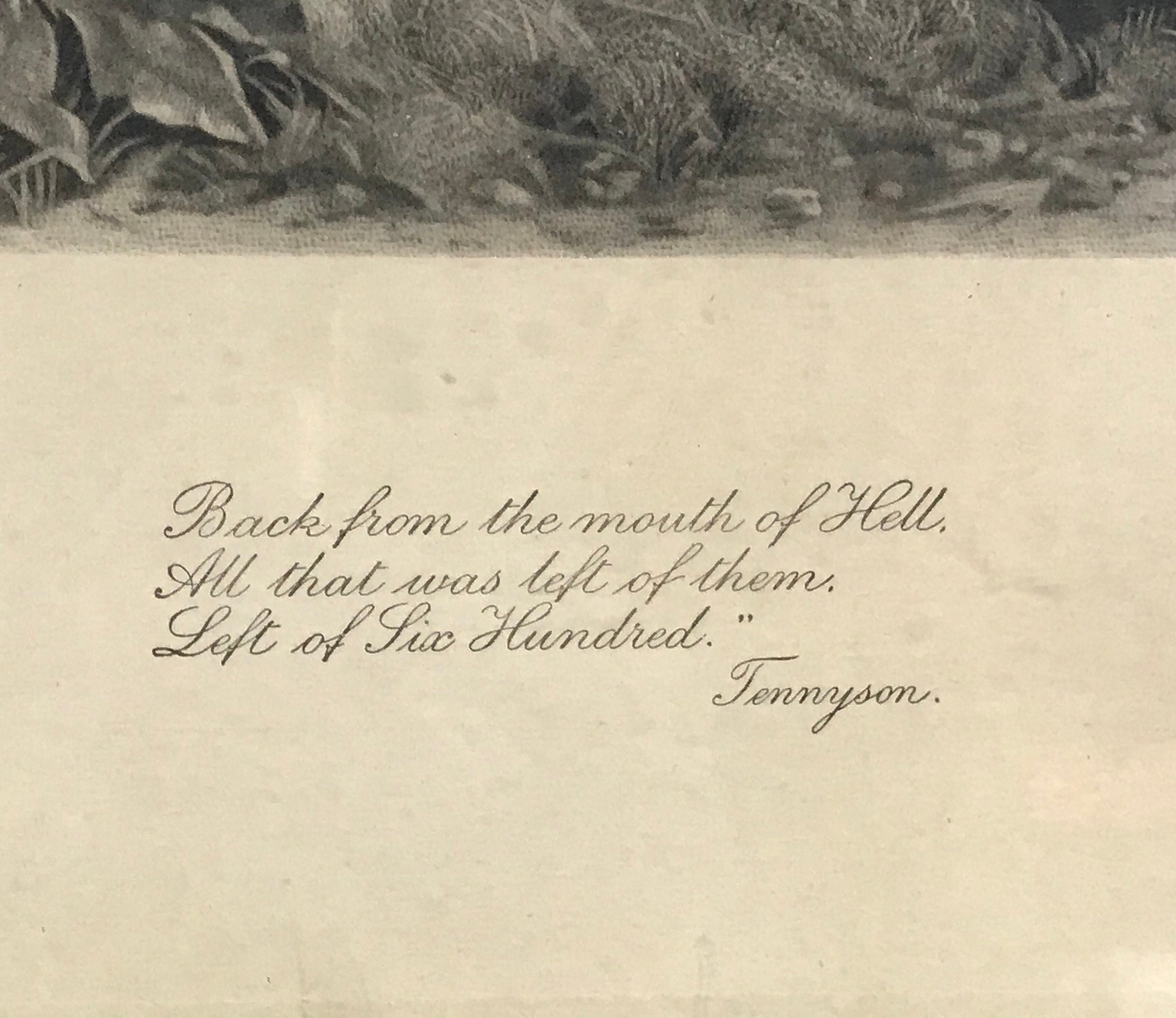 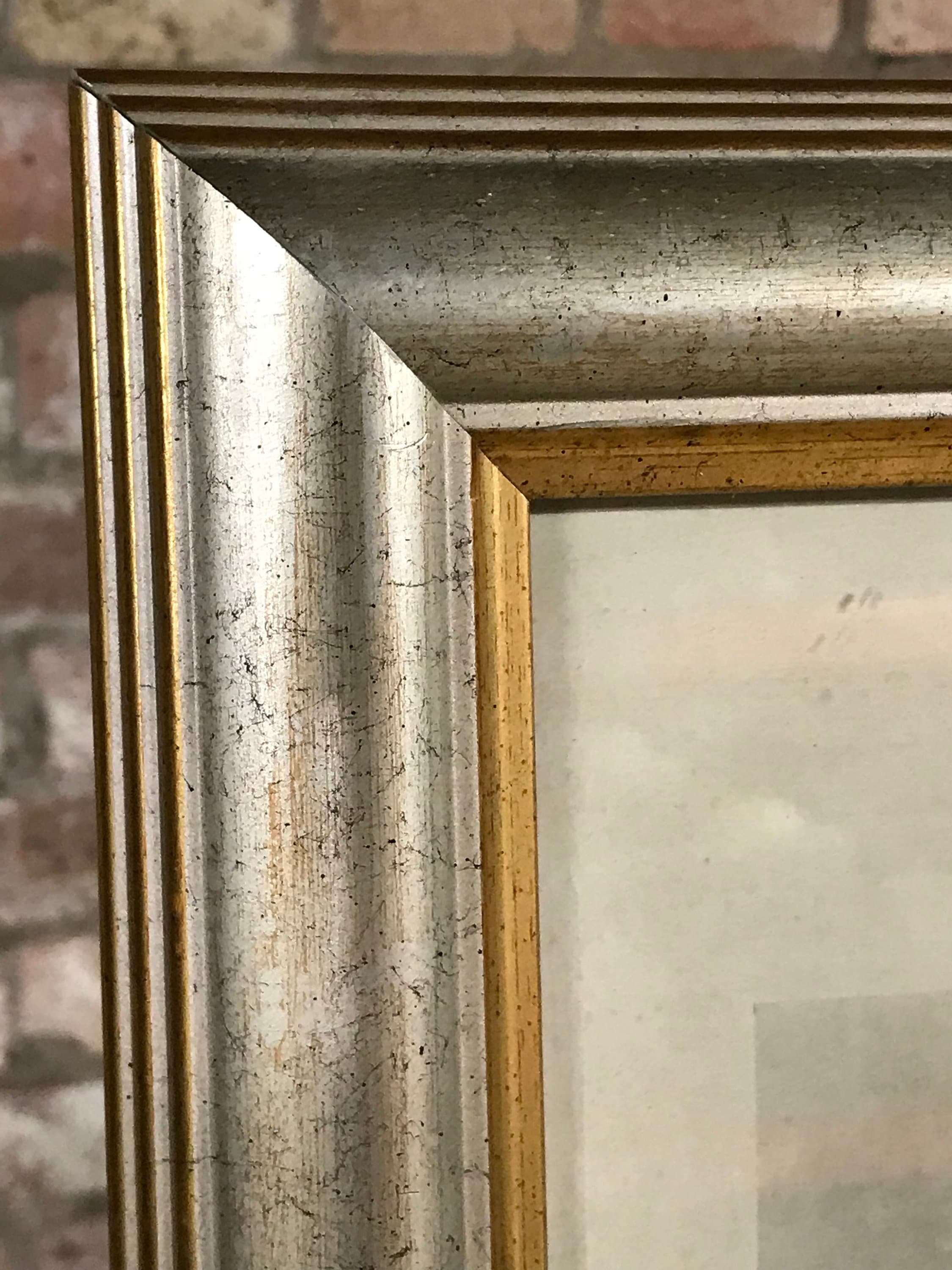 
"The Charge of the Six Hundred" by Lady Elizabeth Butler. Black and white photogravure (not a steel engraving), copyright, The Fine Art Society London

Survivors walking back after the failed charge of the Light Brigade; wounded, bandaged. and dazed figures, some mounted soldiers.

Elizabeth Thompson, later Lady Butler, was perhaps the leading painter of this genre of the late nineteenth century. Her famous quartet of paintings exhibited between 1874 and 1877 (Calling the Roll after and Engagement in the Crimea - Her Majesty the Queen; Quatre Bras - National Gallery of Victoria, Melbourne; Balaclava - City of Manchester Art Gallery; and The Return from Inkerman - Ferens Art Gallery, Kingston upon Hull) established her reputation but her subsequent works never quite achieved the fame of these earlier pictures, in spite of such dramatic scenes as Scotland for Ever! (Leeds City Art Gallery) and The Defence of Rorke's Drift (Her Majesty the Queen). She continued to exhibit at the Royal Academy until 1920 but with few exceptions, all her pictures had military themes particularly soldiers in battle. While she never witnessed actual warfare, although she was in Egypt for some years in the 1880's with her husband, Lieut. Gen. Sir William Butler, many of her pictures were drawn accurately using models in some cases, or observing soldiers on maneuvers or practicing charges at Aldershot. For instance, when Queen Victoria commissioned the artist to depict the defense of Rorke's Drift, Elizabeth Butler went down to Gosport where the 24th Regiment was billeted upon its return from Natal, and made sketches from life. The soldiers even re-enacted the battle in their original uniforms worn throughout the campaign.