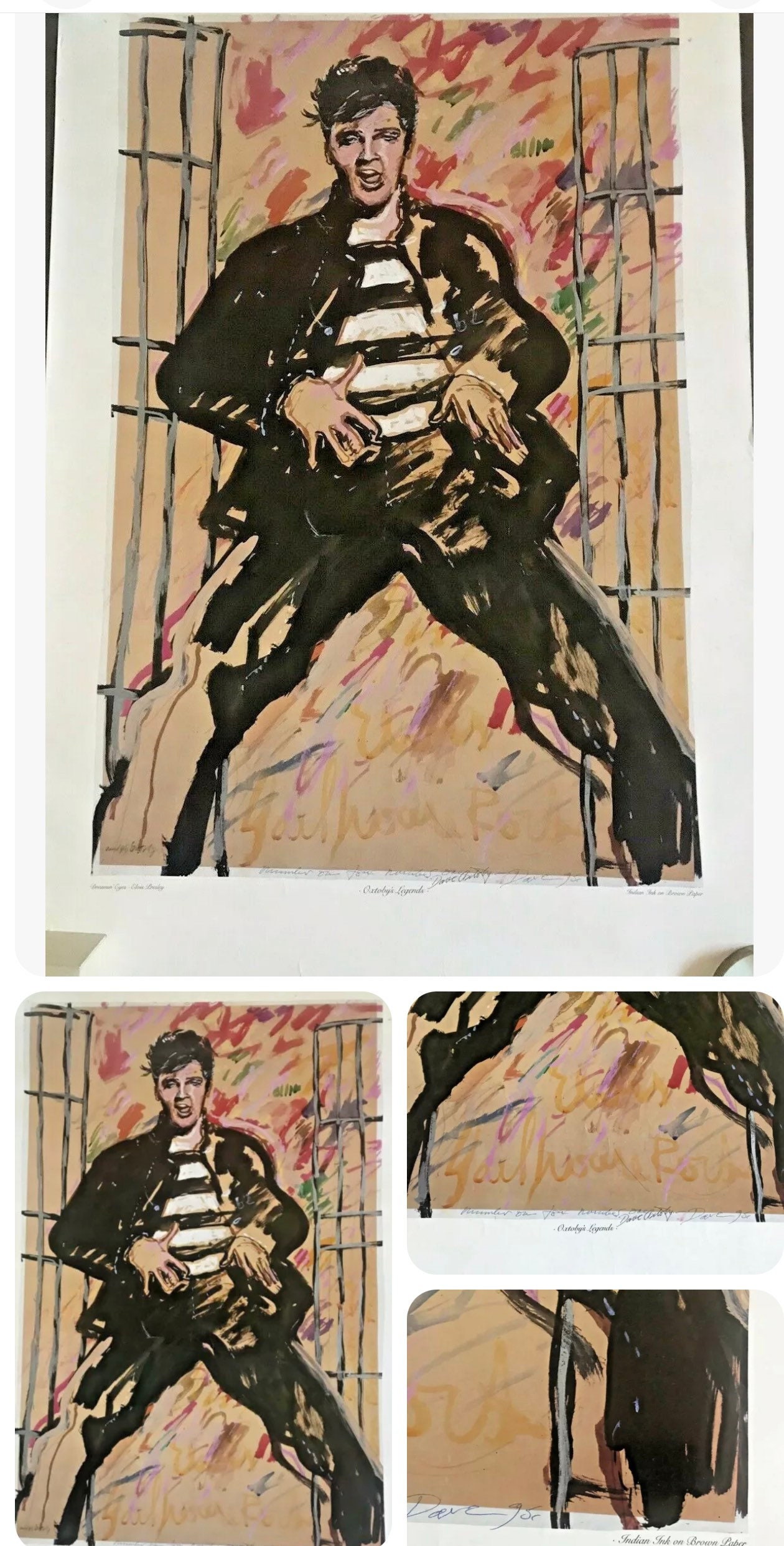 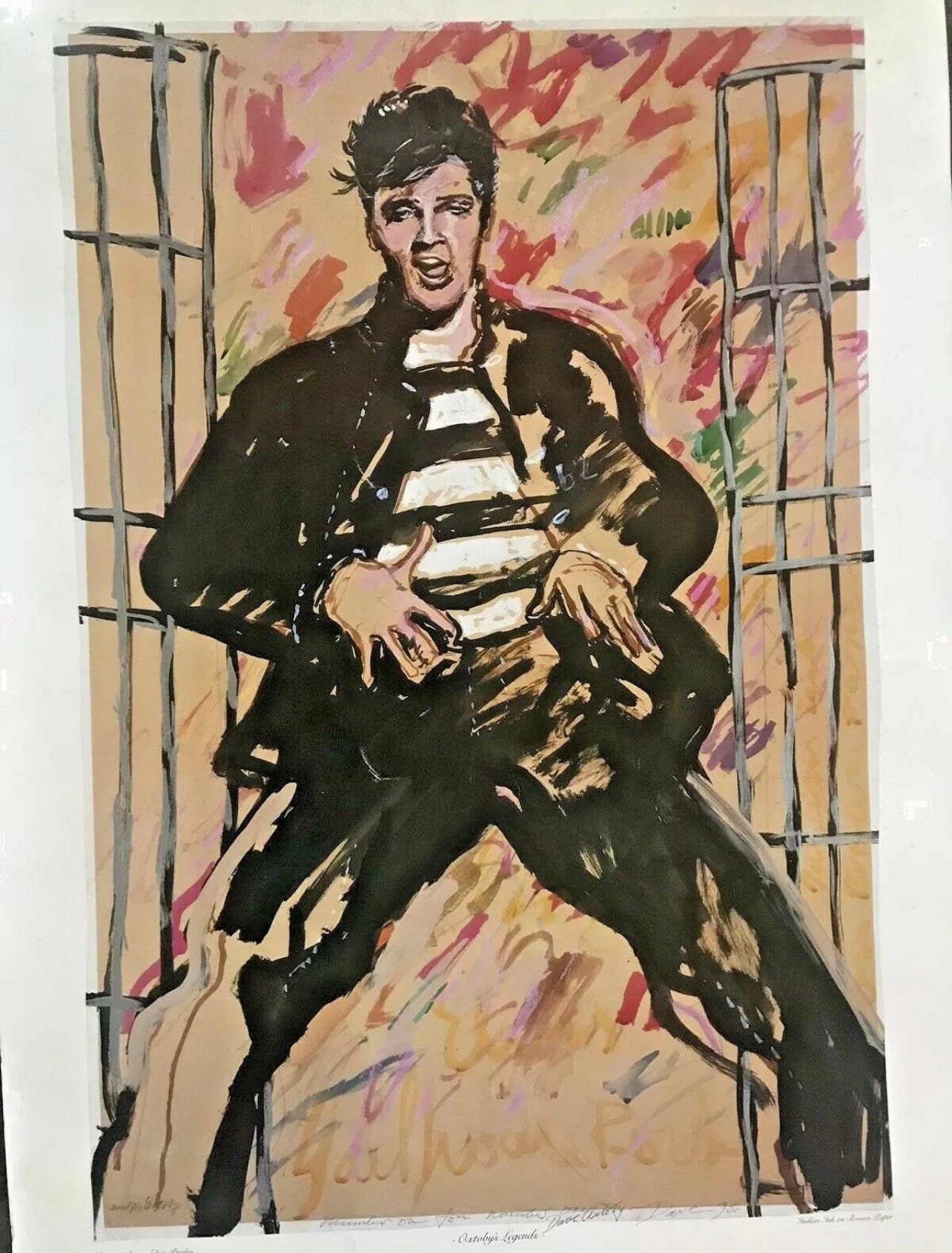 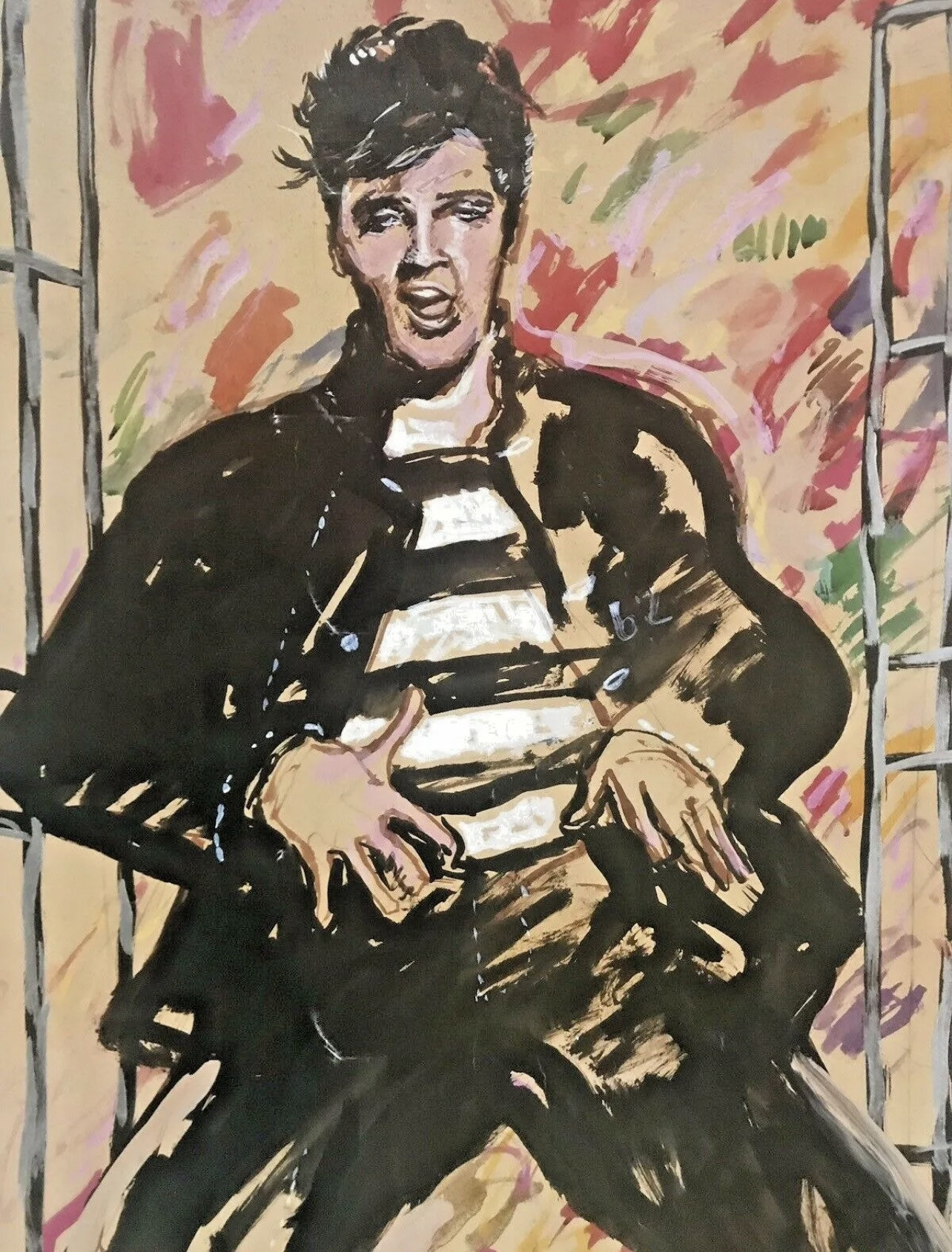 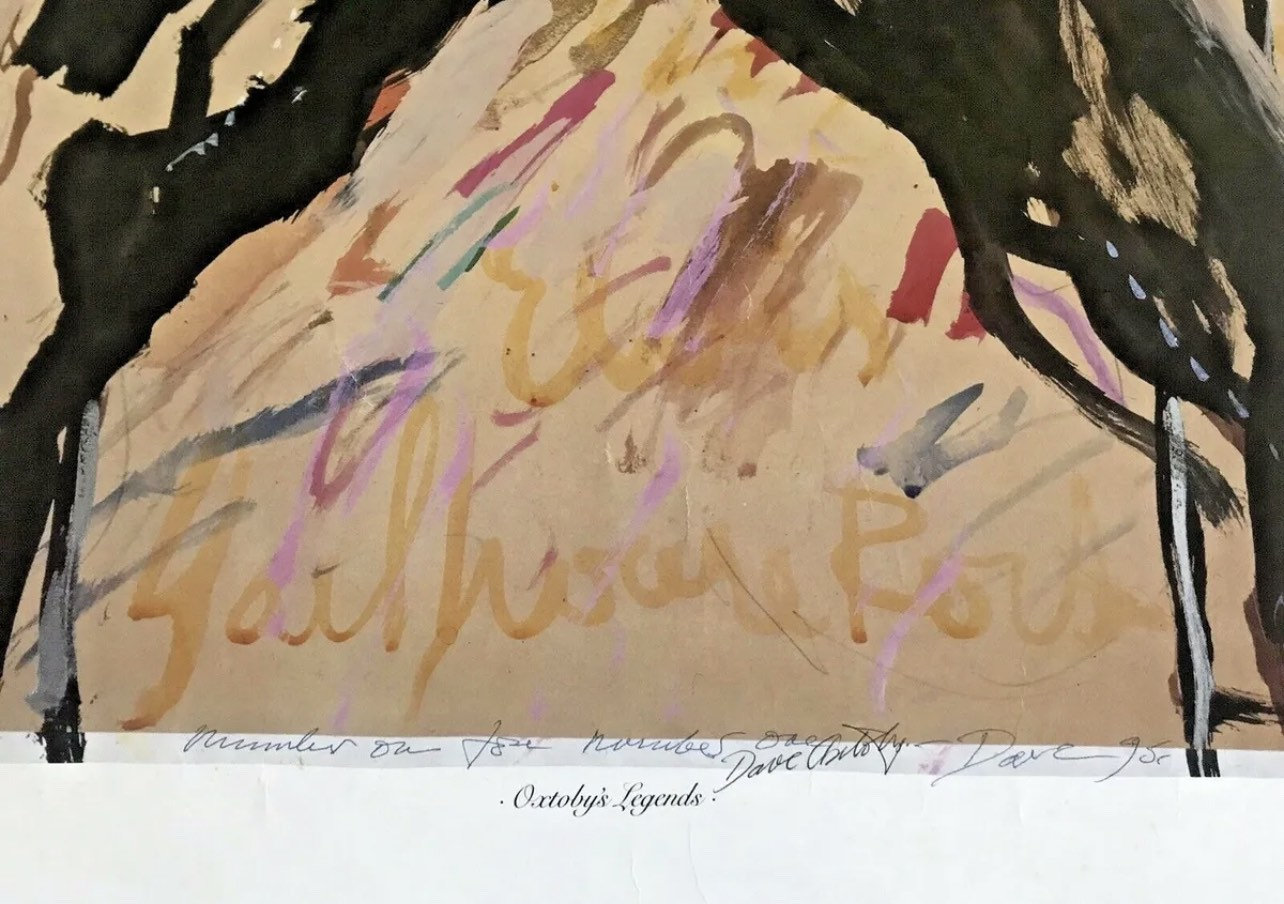 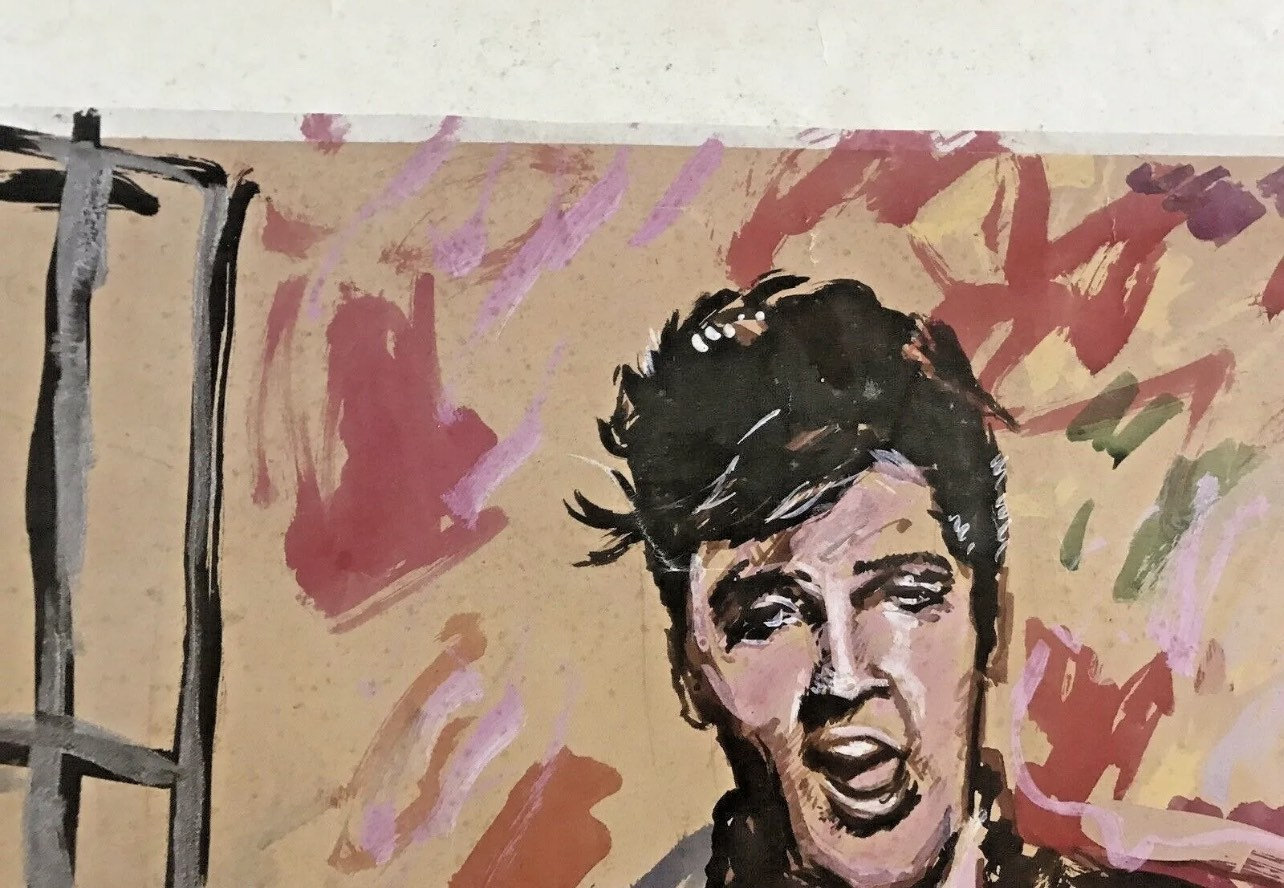 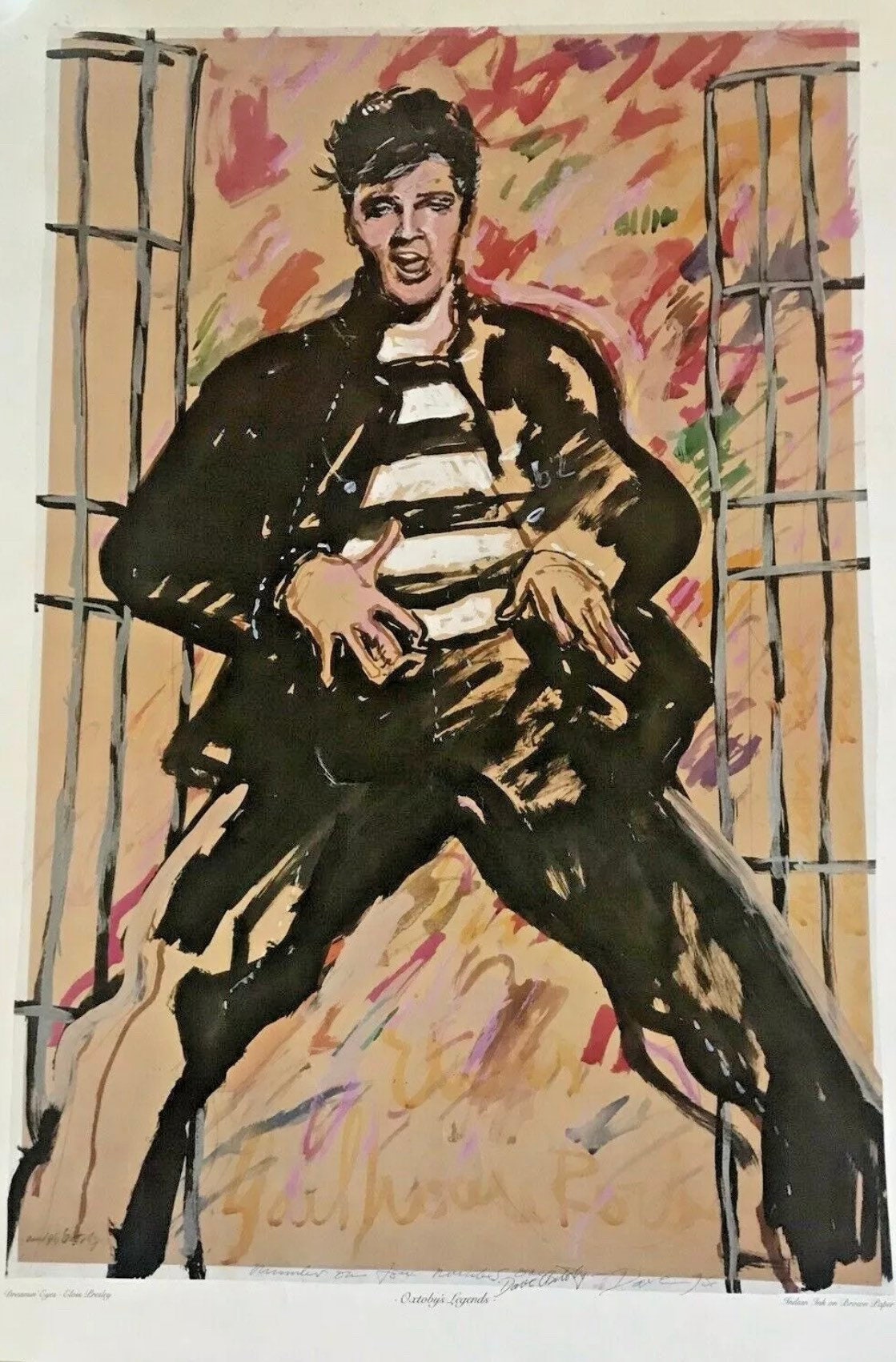 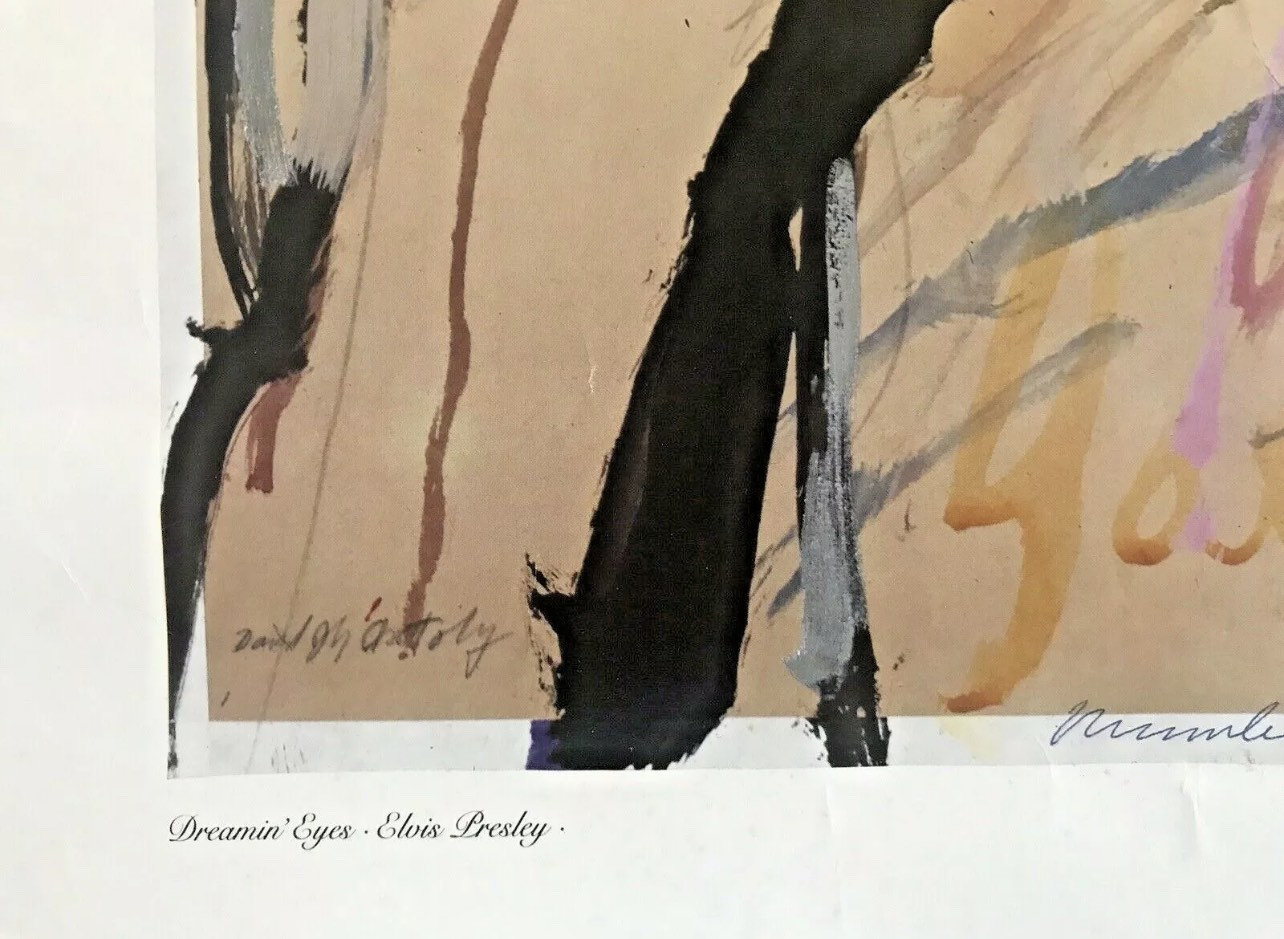 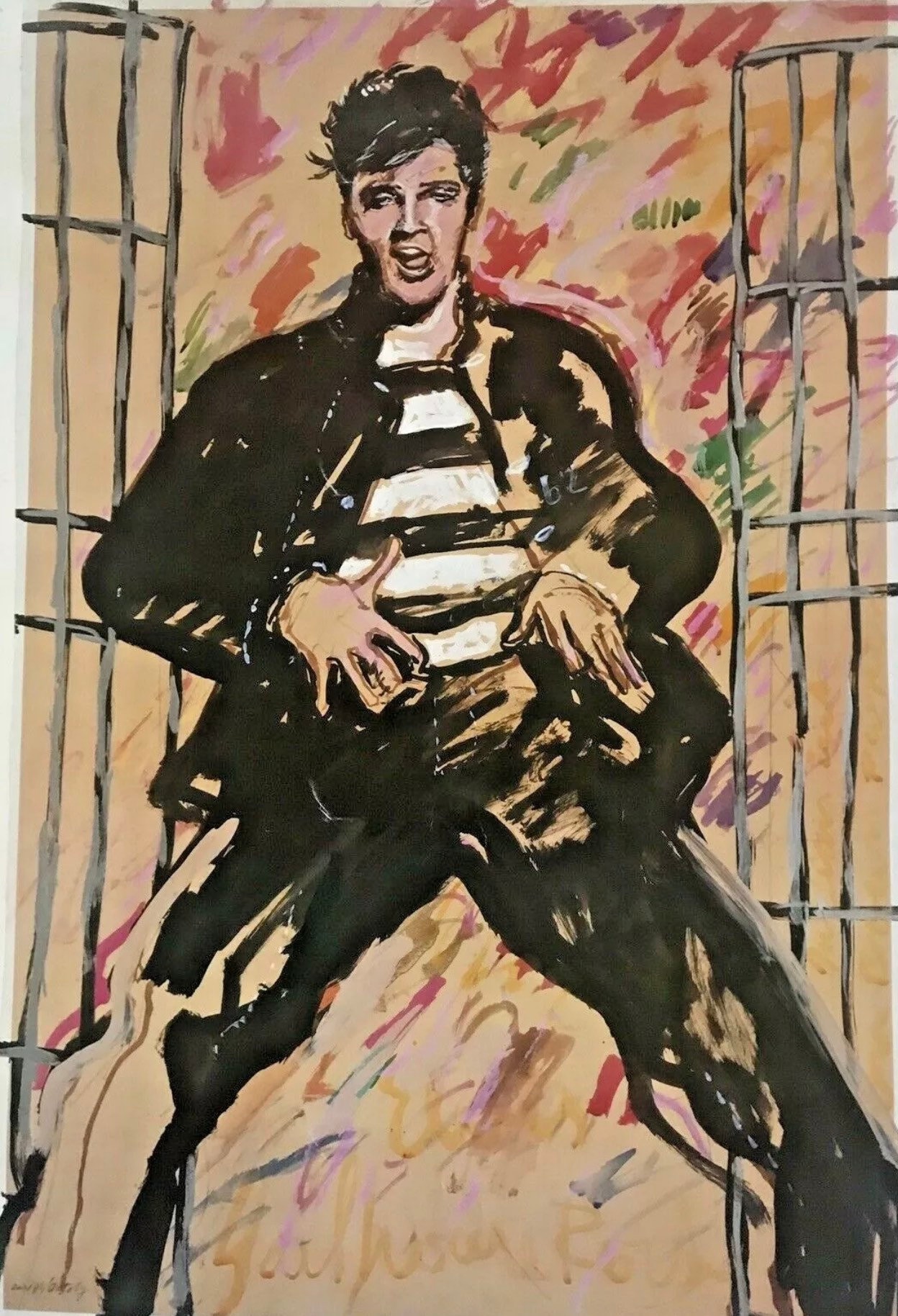 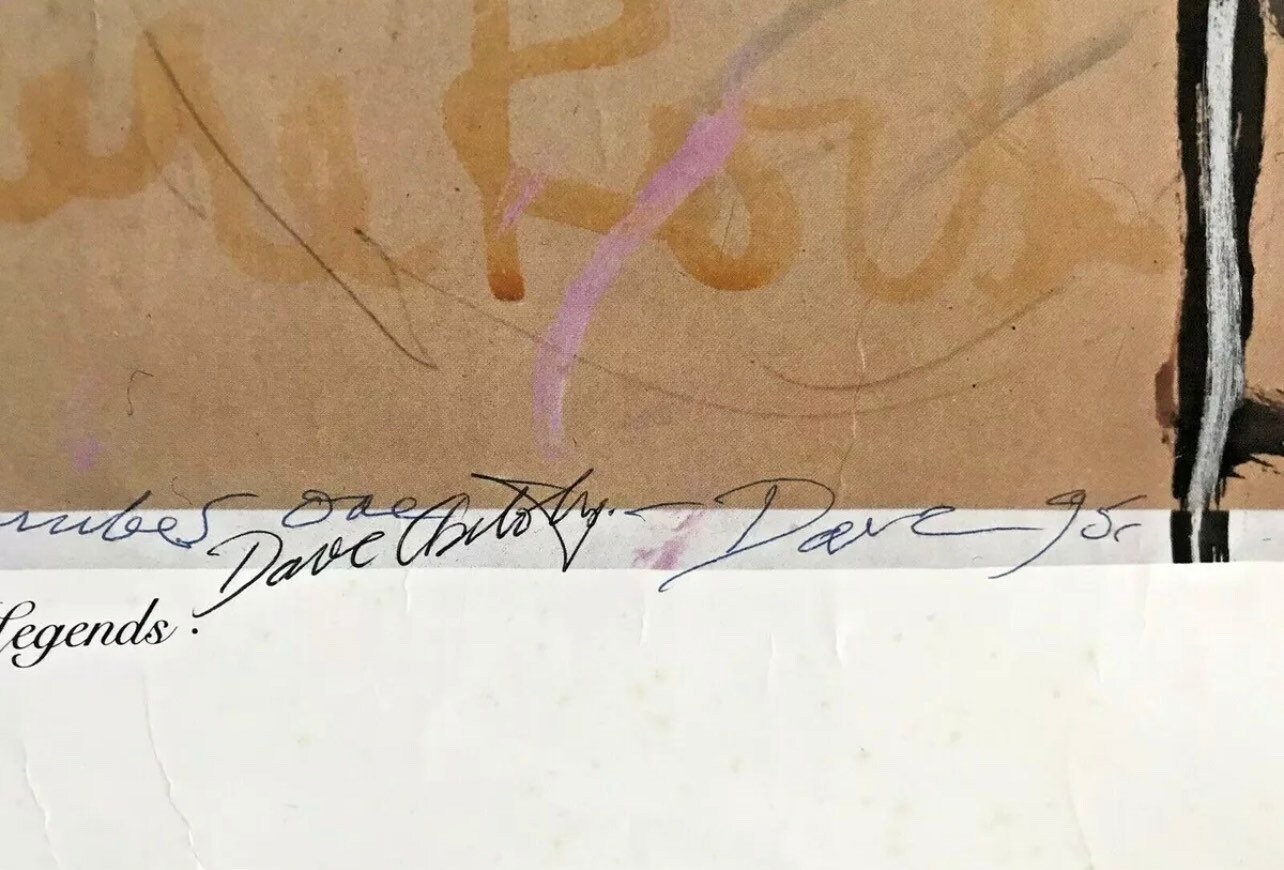 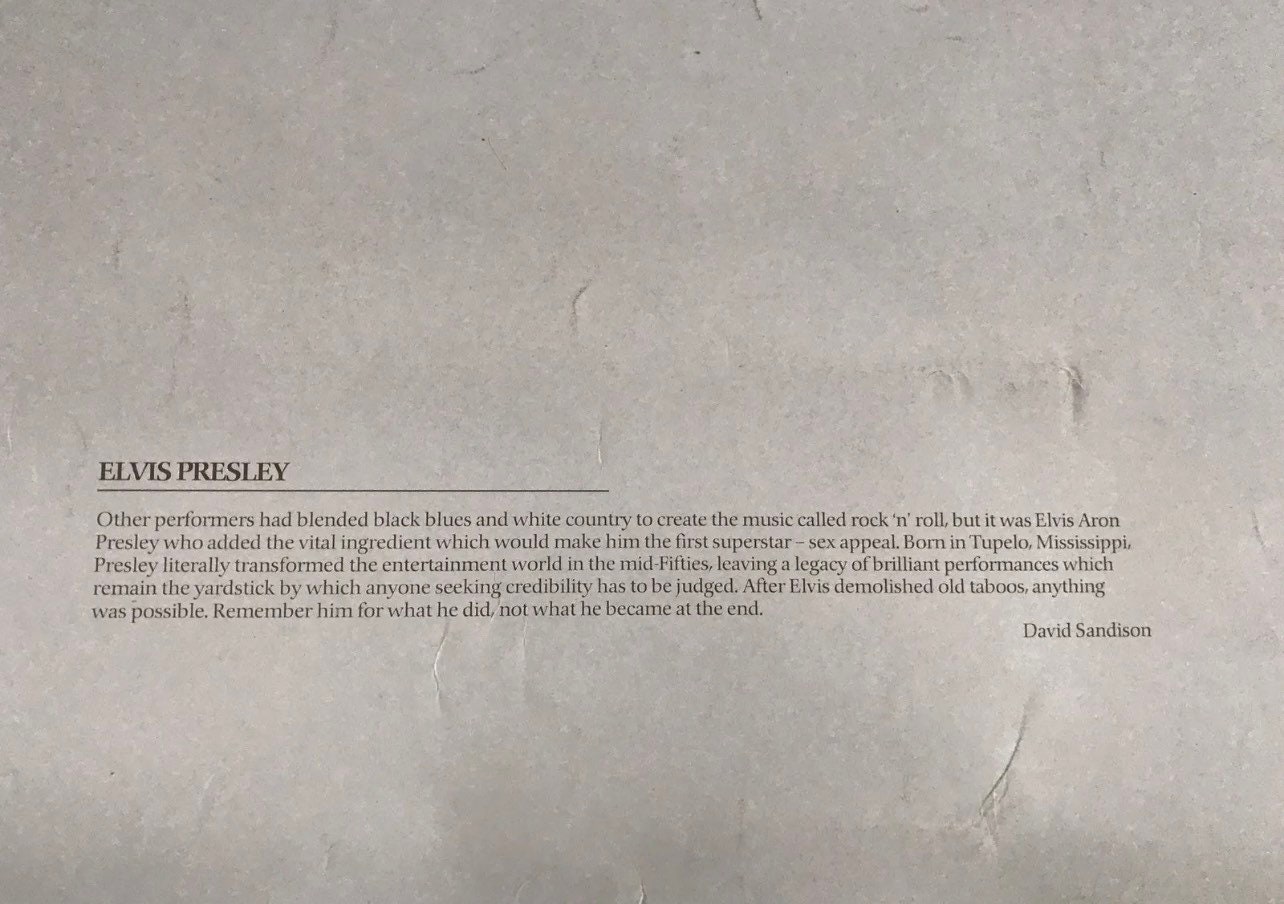 
David Oxtoby has written the dedication

Number One for Number One, David Oxtoby, Dave 95


His Art is held in many public collectins including:


David Oxtoby was born in Horsforth, Yorkshire, in 1938. He studied initially in Bradford, then at the Royal Academy Schools from 1960-64. He joined the Redfern Gallery in 1964 and exhibited there regularly until 1981. Oxtoby’s subjects are his childhood heroes - the Americans who redefined the terms of popular music in the 1950s. He has attempted to communicate through paint the emotion and excitement he felt when hearing these performers for the first time. This has since become a lifelong obsession, and he has dedicated his career to producing a comprehensive visual document of the great popular musicians of the 1950s and ‘60s, especially Elvis, Chuck Berry and Ray Charles, through to the Glam Rock of the ‘70s, as led by David Bowie.

At art school in Bradford, Oxtoby was a contemporary of David Hockney, and together they designed and painted murals around Yorkshire. Upon moving to London, he lived with Hockney, John Loker and Peter Kaye, before moving in with Michael Vaughan in Tooting Bec. From 1961 to ‘63, Oxtoby was represented in the RA Students’ Exhibitions, where he received a substantial amount in prize money for his work. His 1964 show at the Redfern was immediately successful, and was notable for being the first exhibition to play taped rock music throughout its extent. The exhibits included large-scale portraits of Ray Charles and Charlie Mingus, which the artist considers to be among the best things he has produced. Working from photographs, Oxtoby reversed the black and white tones in his paintings, and so developing the notion that colour could be manipulated as a way of representing sound. In a notable example of Charlie Mingus, which was recently acquired by the Tate, he makes use of the colour blue, and also red interpolations at either edge of the painting, which reference the double bass as well as the hot sound of Mingus’ hard bop jazz.

In the spring of 1964, Oxtoby flew to New York for the opening of his first American solo exhibition in Madison Avenue, after which he was offered the post of Visiting Professor of Painting at the Minneapolis Institute of Arts, which he held from 1964 to 1965. Upon returning to London, the Redfern staged a second solo show in 1967; many of the musicians depicted in the paintings attended the opening. Indeed, they also became good friends with the artist, and collected his work, as much of the late 1960s and early ‘70s were spent mixing with musicians and celebrities in hedonistic social circles. His work at this time became more celebratory in tone, with the art historian Marco Livingstone describing how in these works, Oxtoby “demonstrated great originality ... capturing the energy, violence and colourful style of the music that formed the soundtrack to his life”.

After being diagnosed with diabetes, Oxtoby stopped exhibiting, and completely withdrew from society. In the work made from the 1980s onwards, Oxtoby began freeing his overly conscientious applications of paint that made his name in the previous decades, and produced a series of bold paintings, using composite canvases. These were heavily worked and reworked, over the course of the next few years, eventually culminating in two not-for-sale trial museum exhibitions. Despite withdrawing from the art world, his subject matter has secured Oxtoby an association with British Pop Art, and as such, his work can often be seen as part of museum survey shows of this movement, most recently at the Museo de Bellas Artes de Bilbao, in 2006. In 2016, the British Museum staged a retrospective of his printmaking, some forty years after the etchings were first shown as part of Oxtoby’s Rockers, a touring exhibition of the UK.