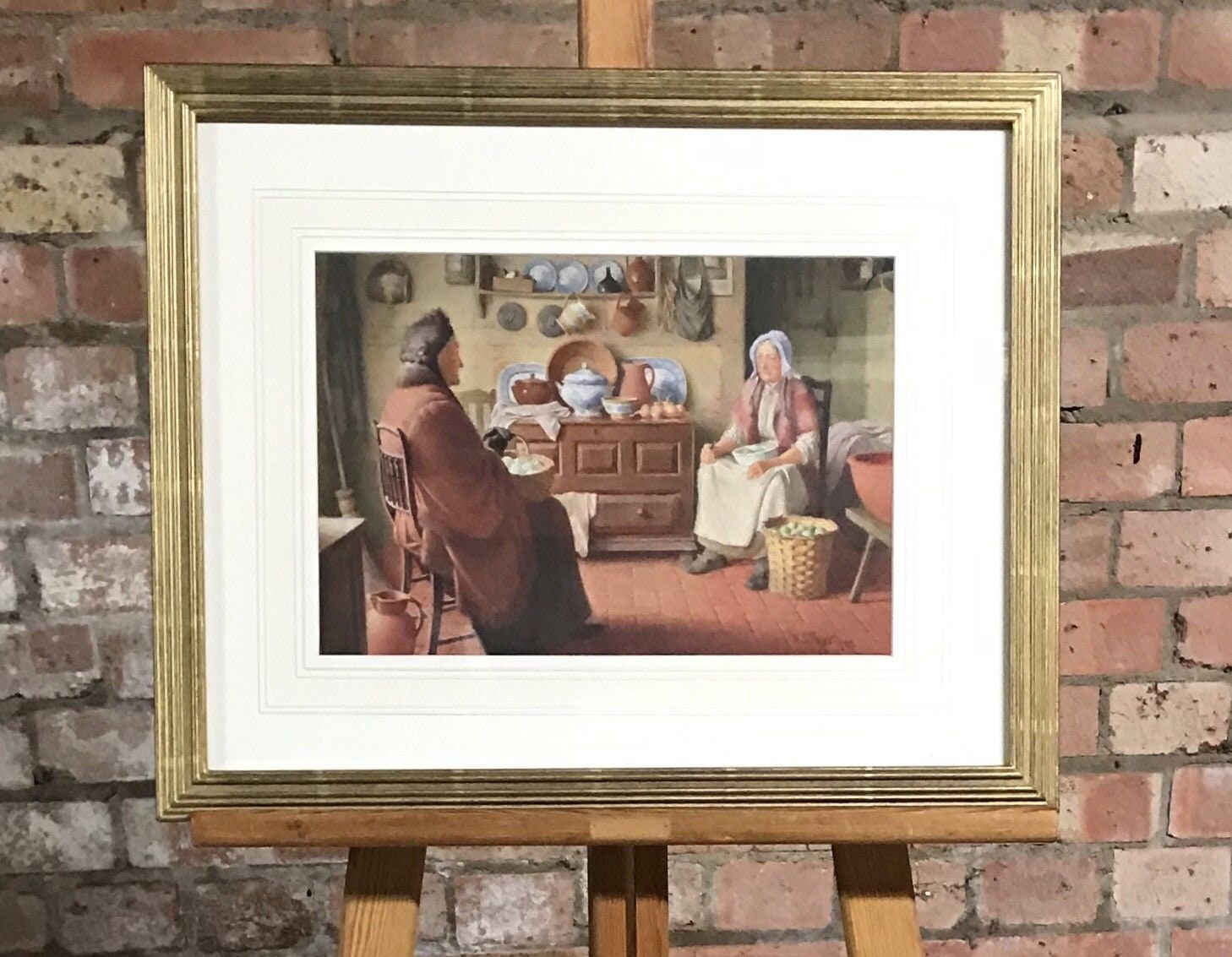 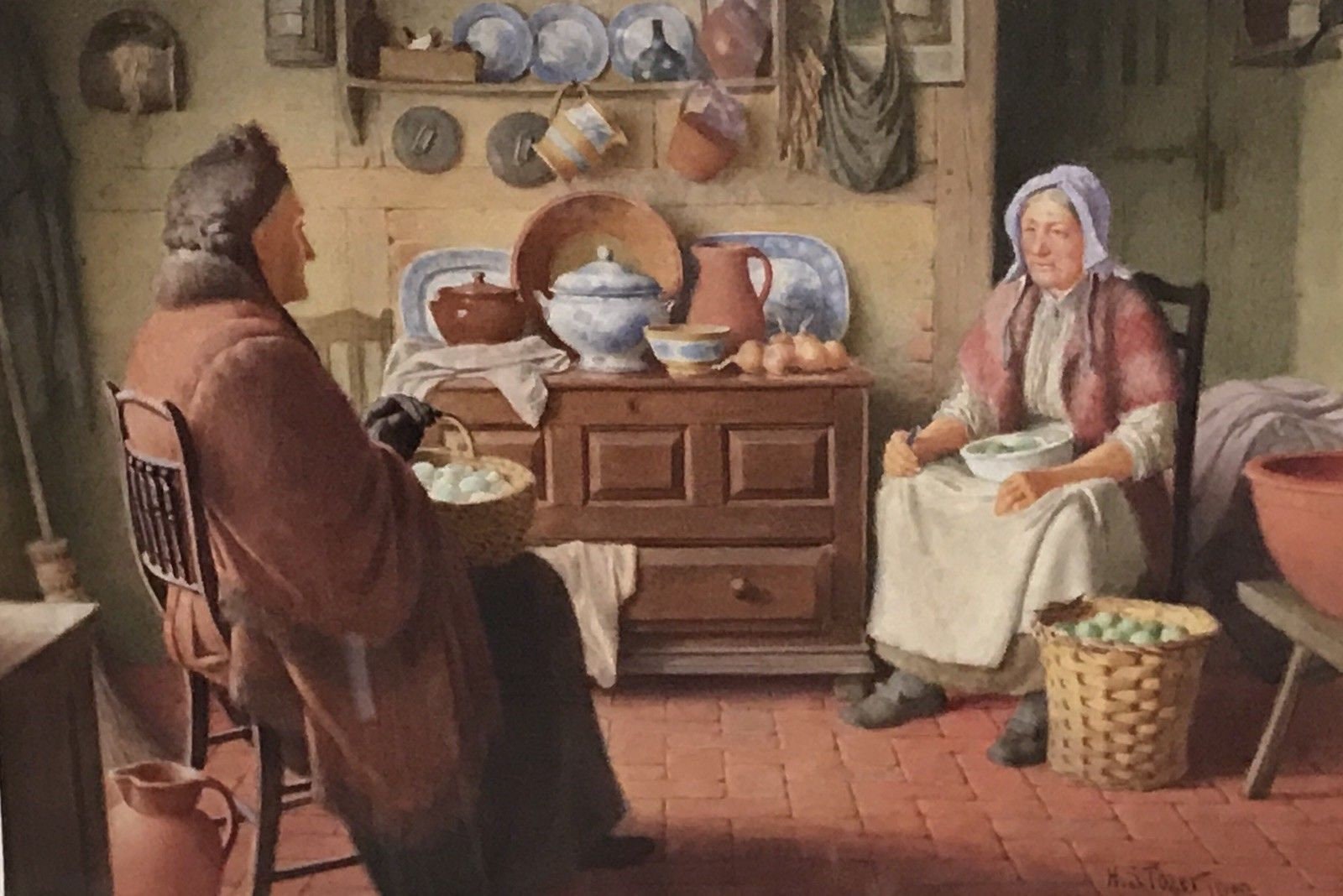 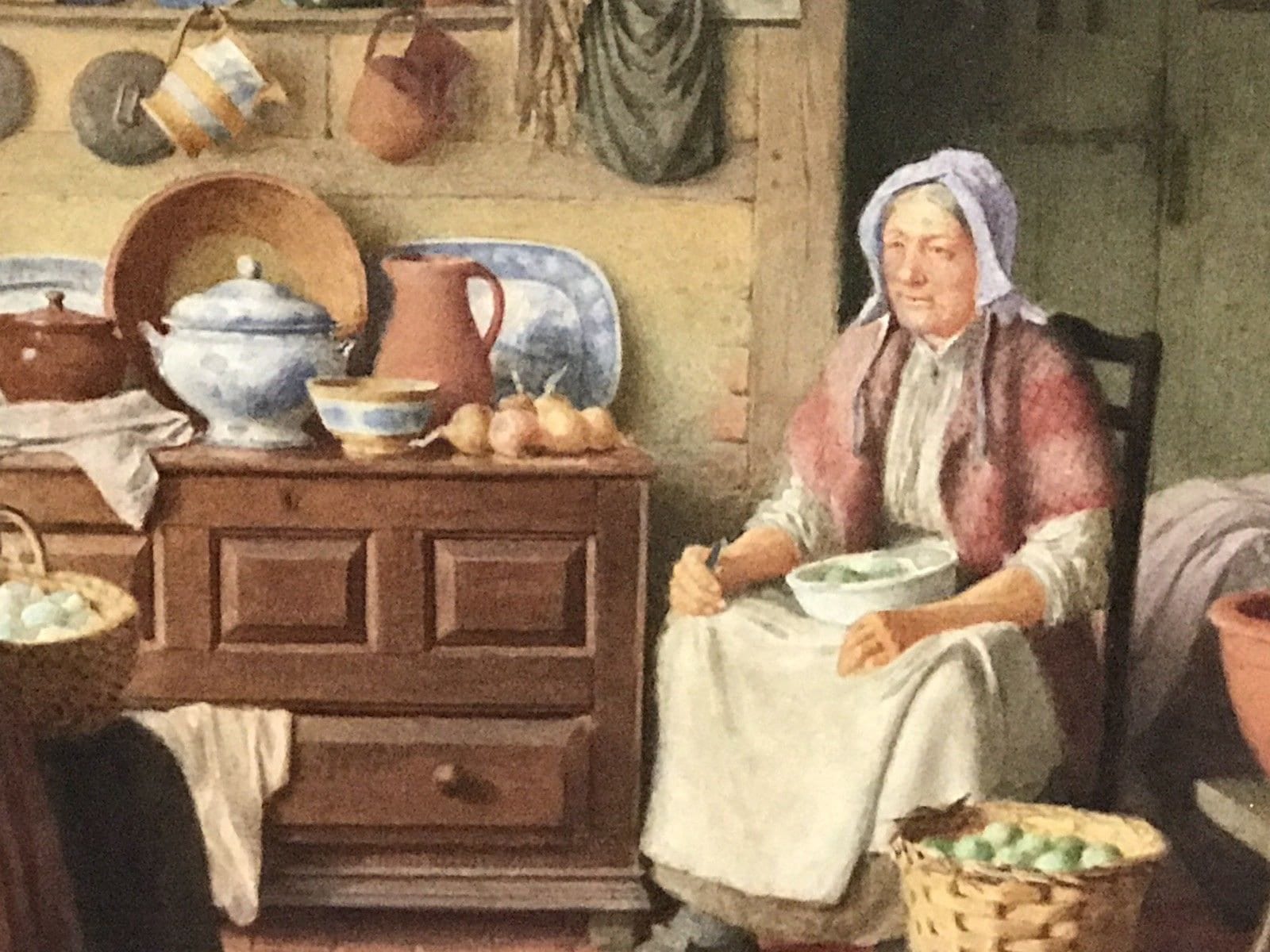 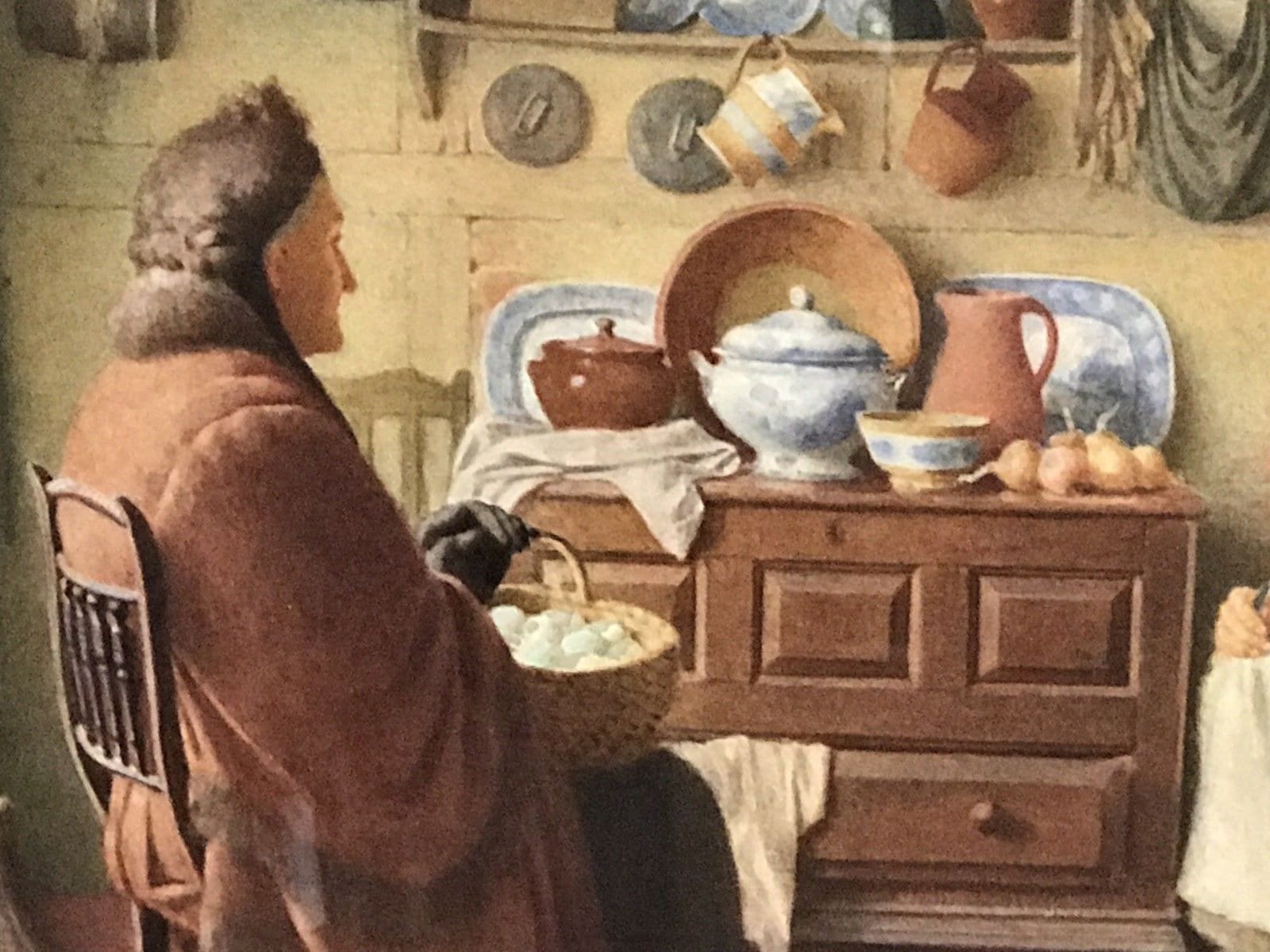 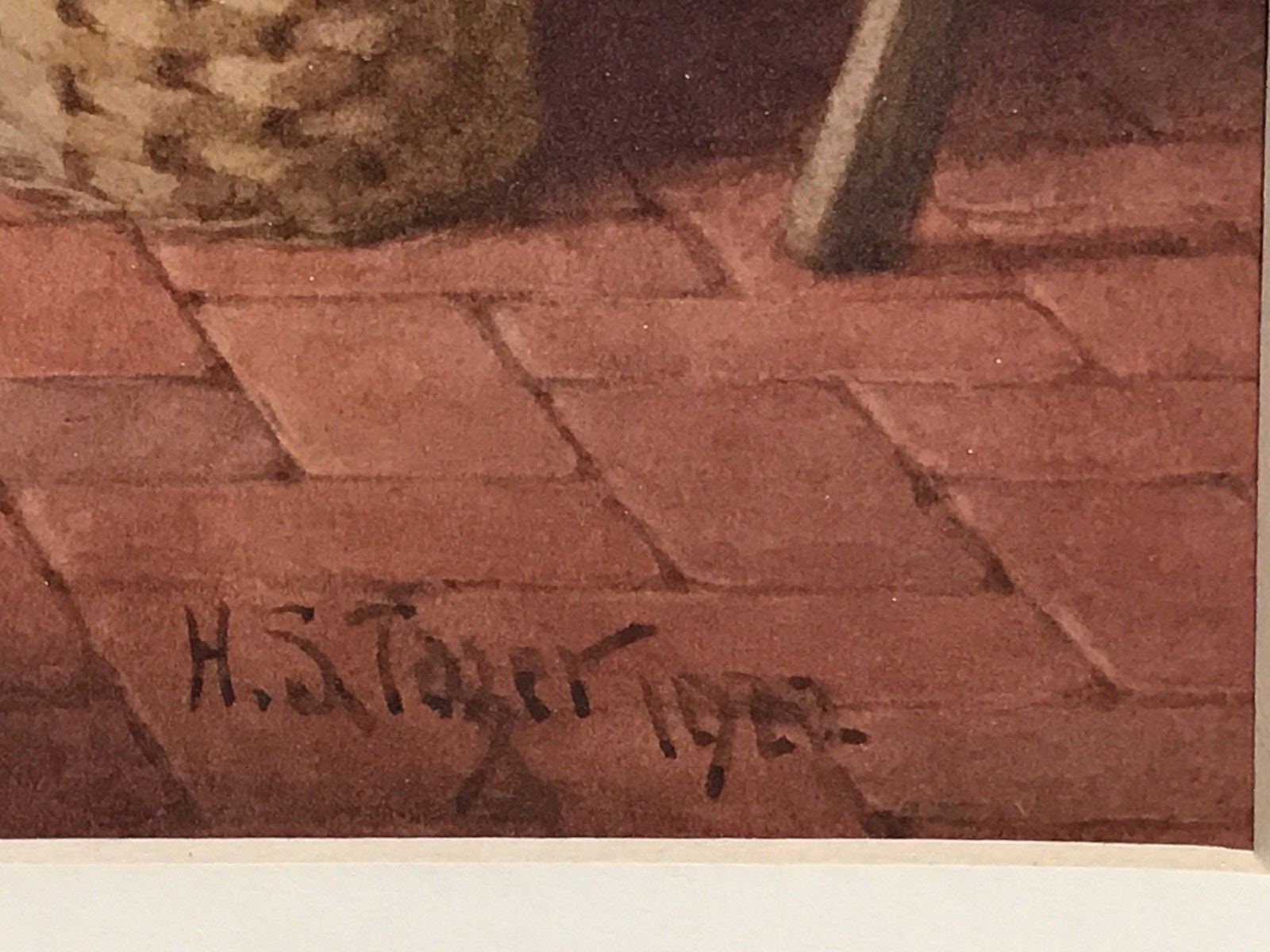 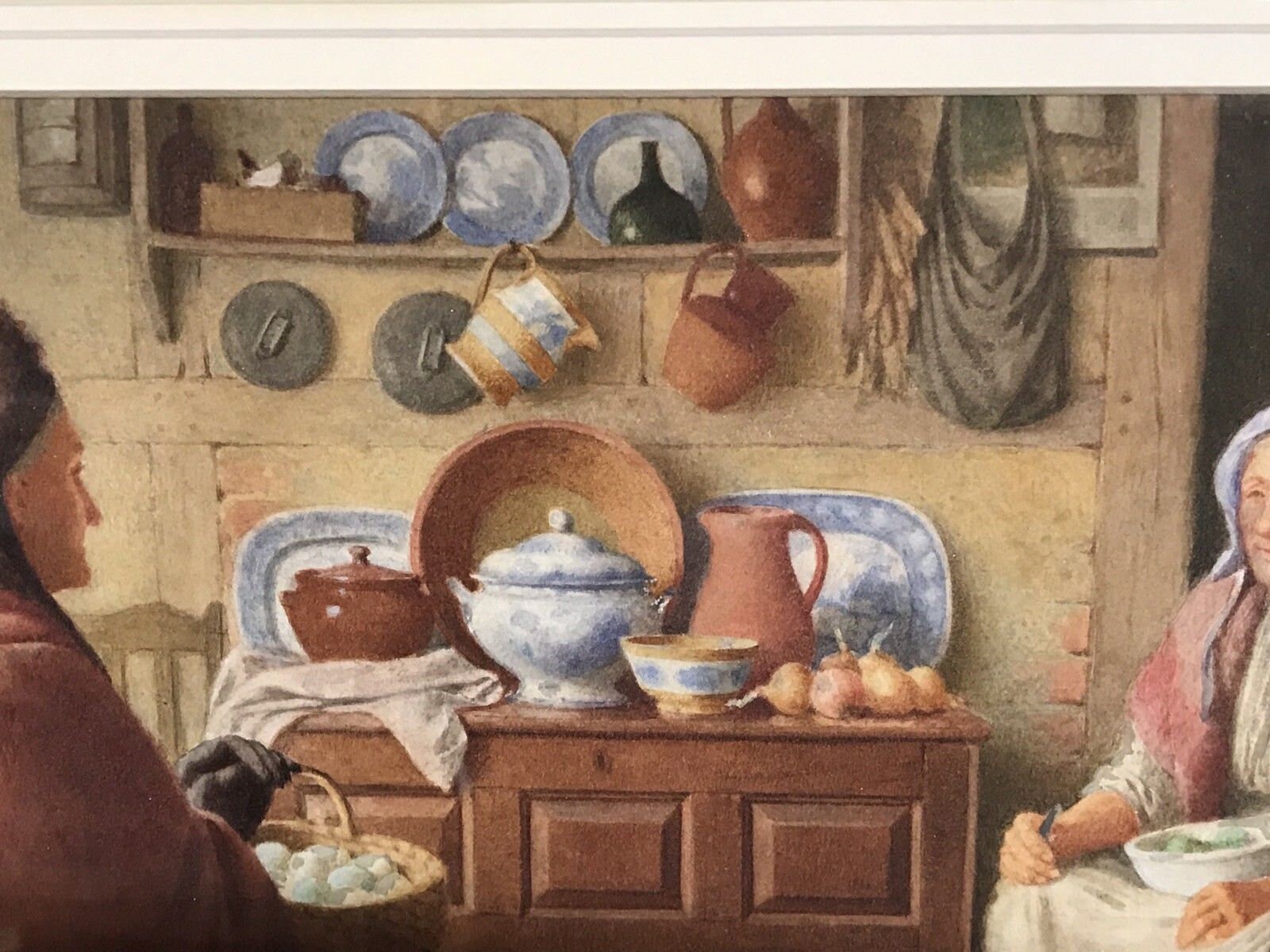 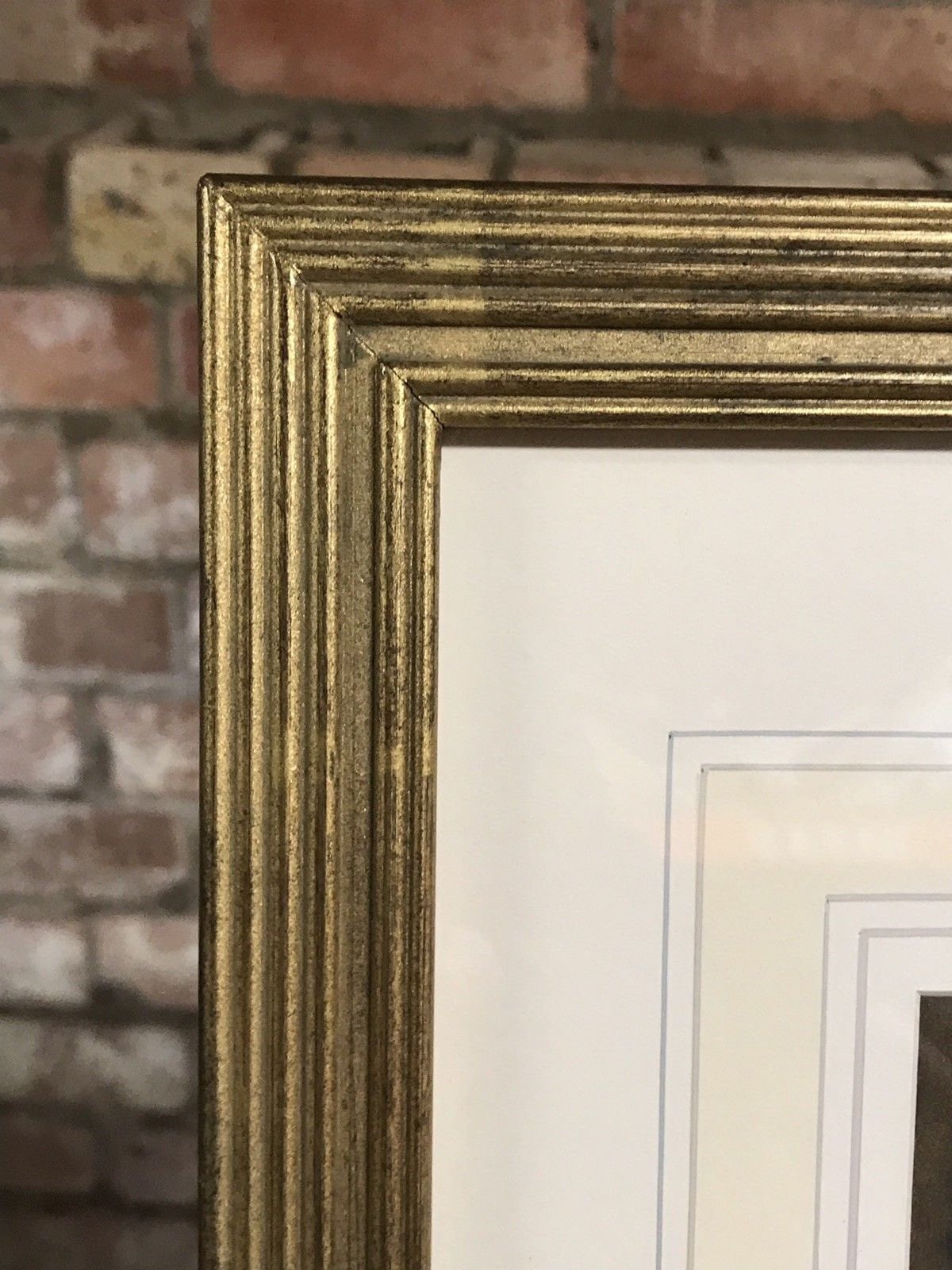 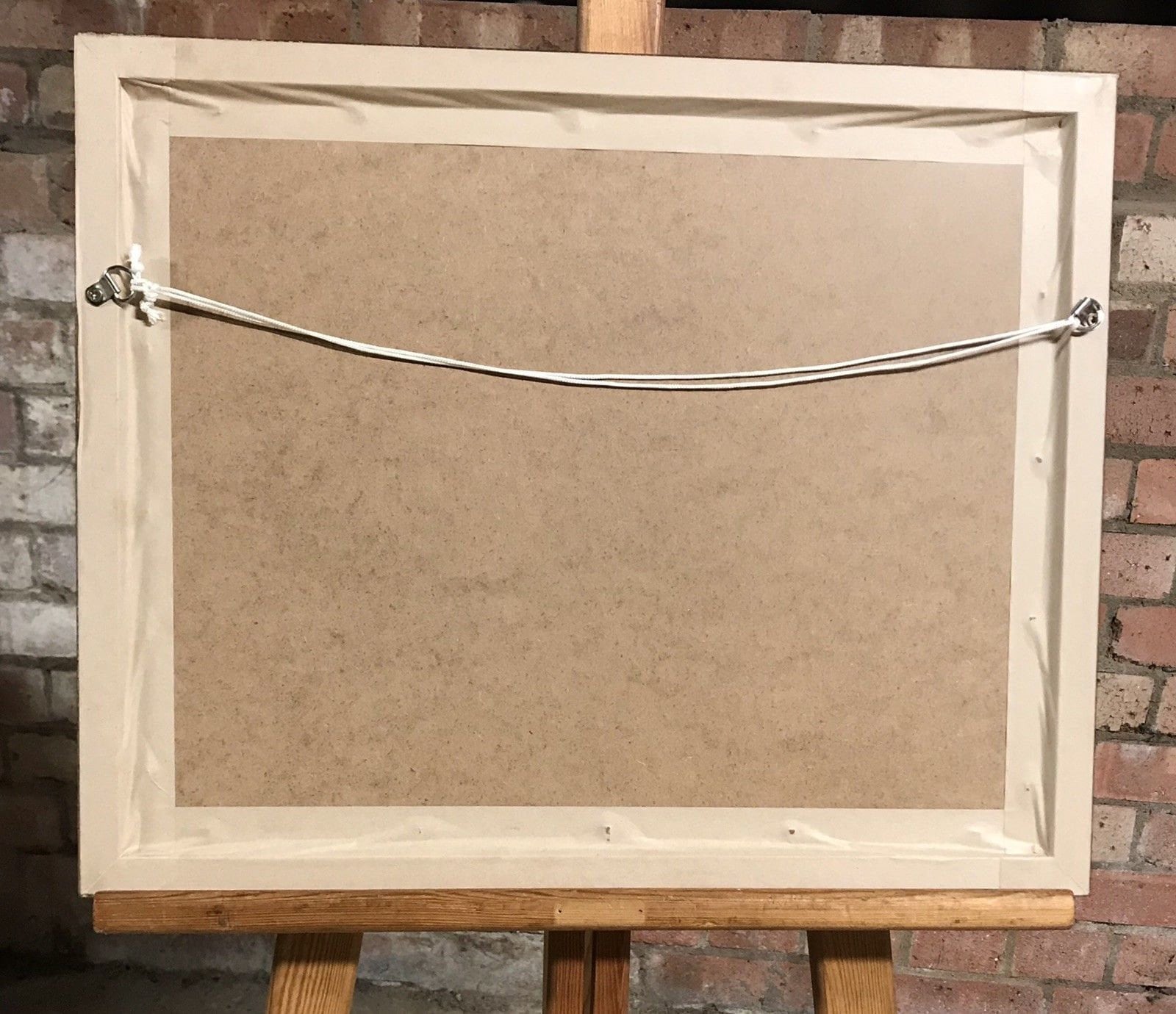 
Subject is typical of his work


Henry Edward Spernon Tozer was a watercolour artist who painted marine, coastal scenes and genre subjects. He exhibited at the Royal Academy one of which was a painting titled "Surf and Rocks at the Mouth of the Cove ".


Tozer was known to have lived and worked around St. Just in Cornwall. Here he found solace and inspiration in the unspoilt Cornish countryside. Tozer searched the area for suitable subjects and often used cottage interiors. He painted his subjects in an intense and detailed style, particularly concentrating on interiors. Tozer shared his poetic and romantic feelings for the cottage interior with a few artists of the period, though his figures and compositions are much more elaborate than most.