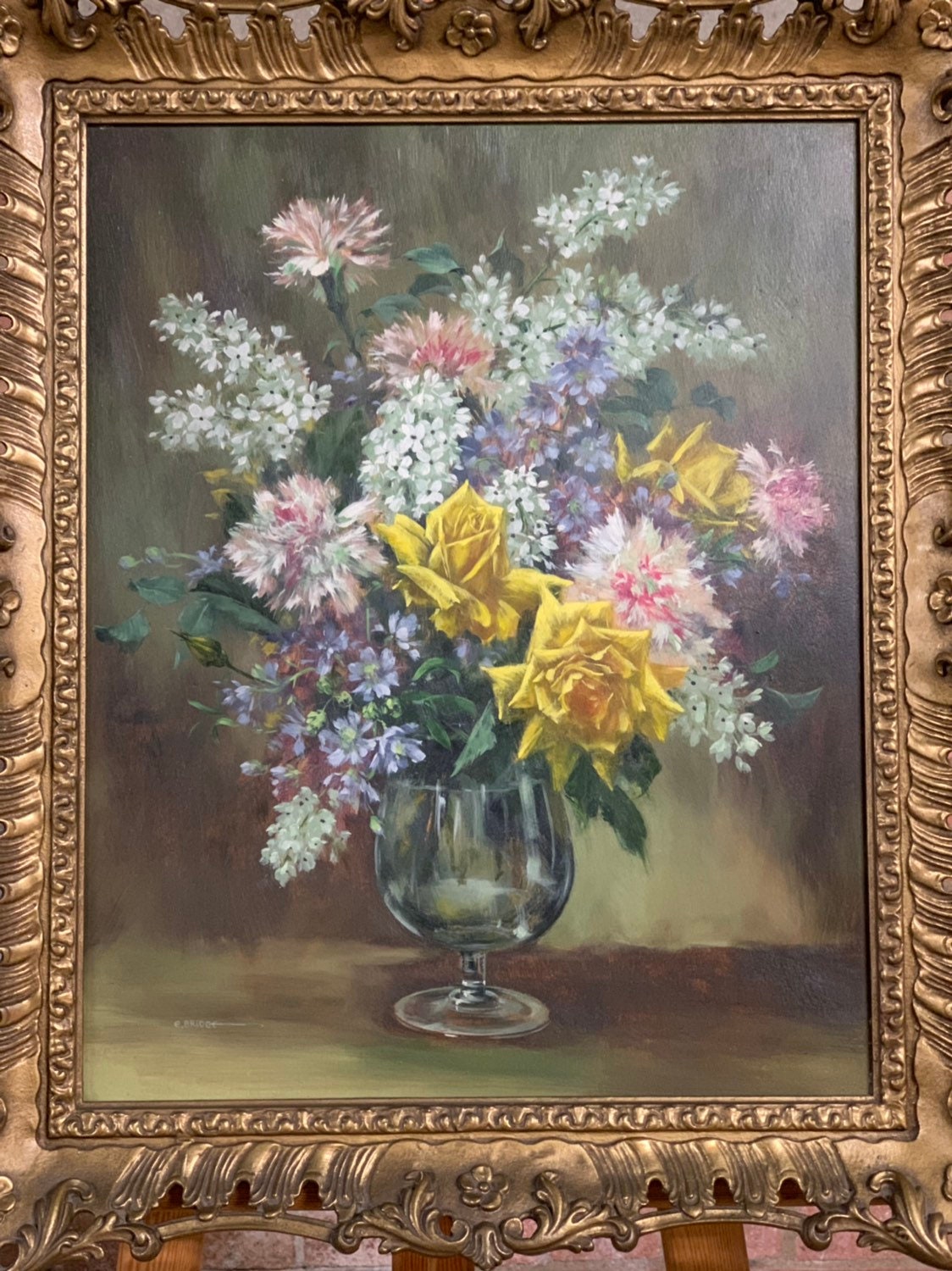 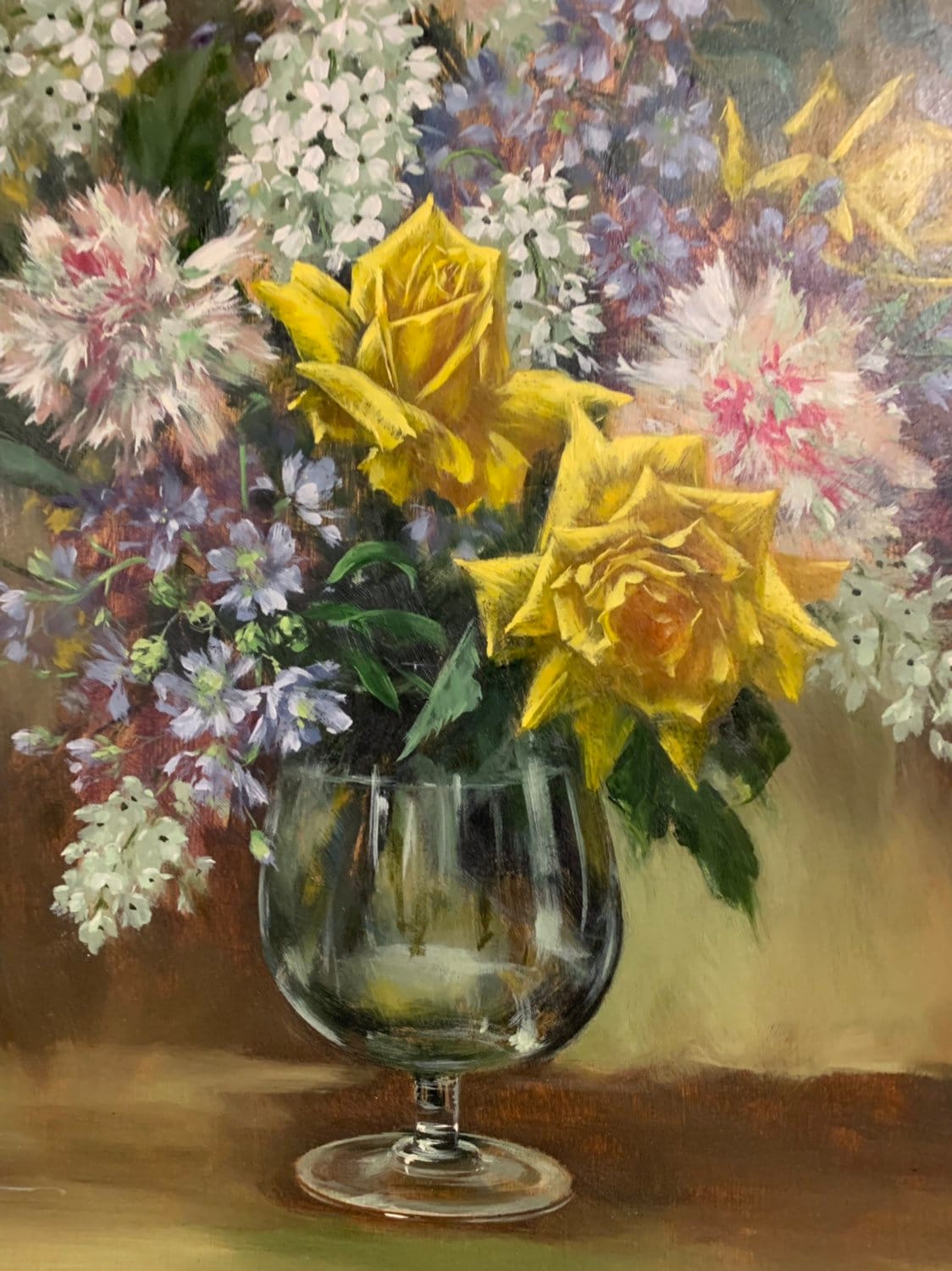 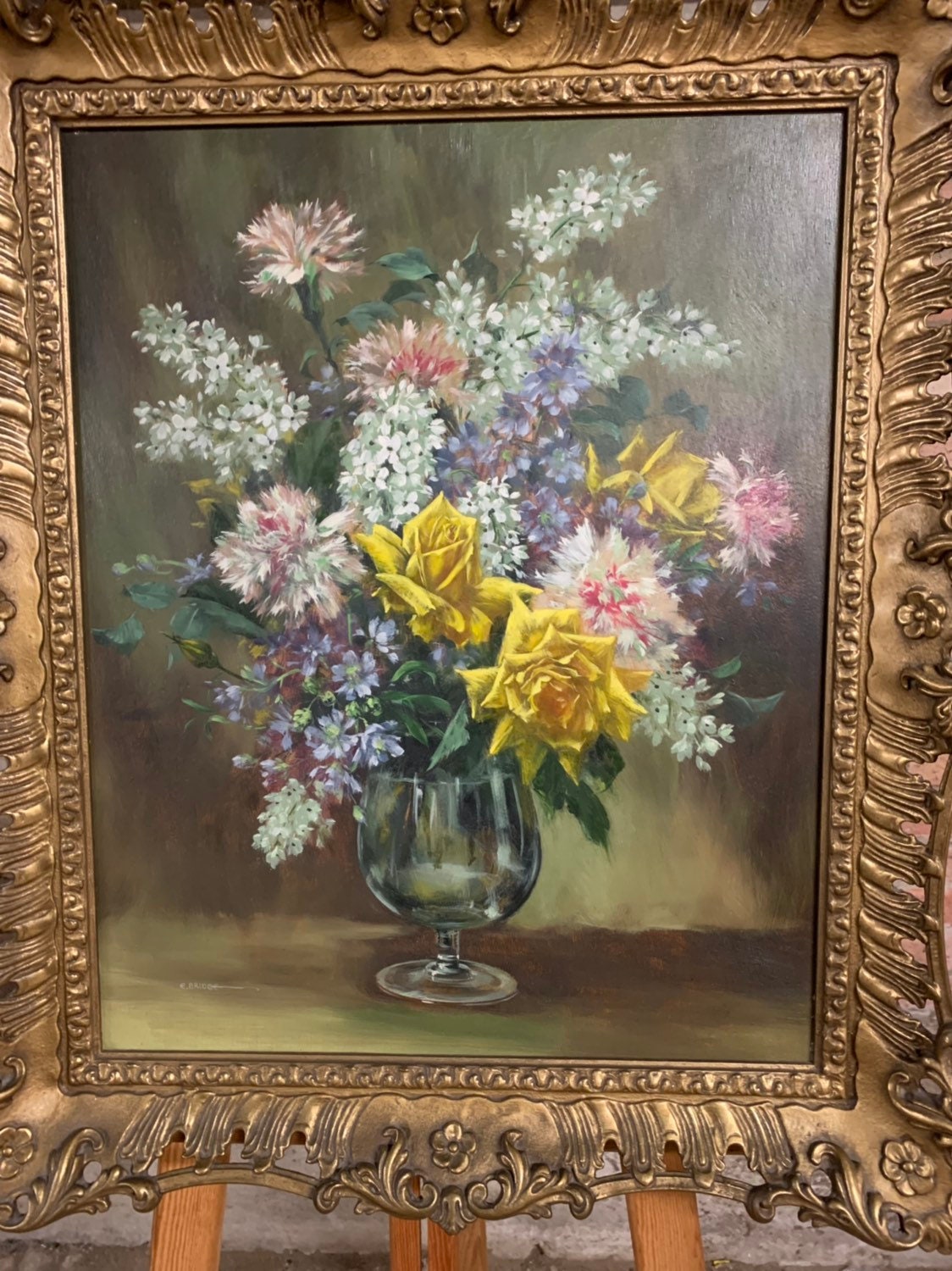 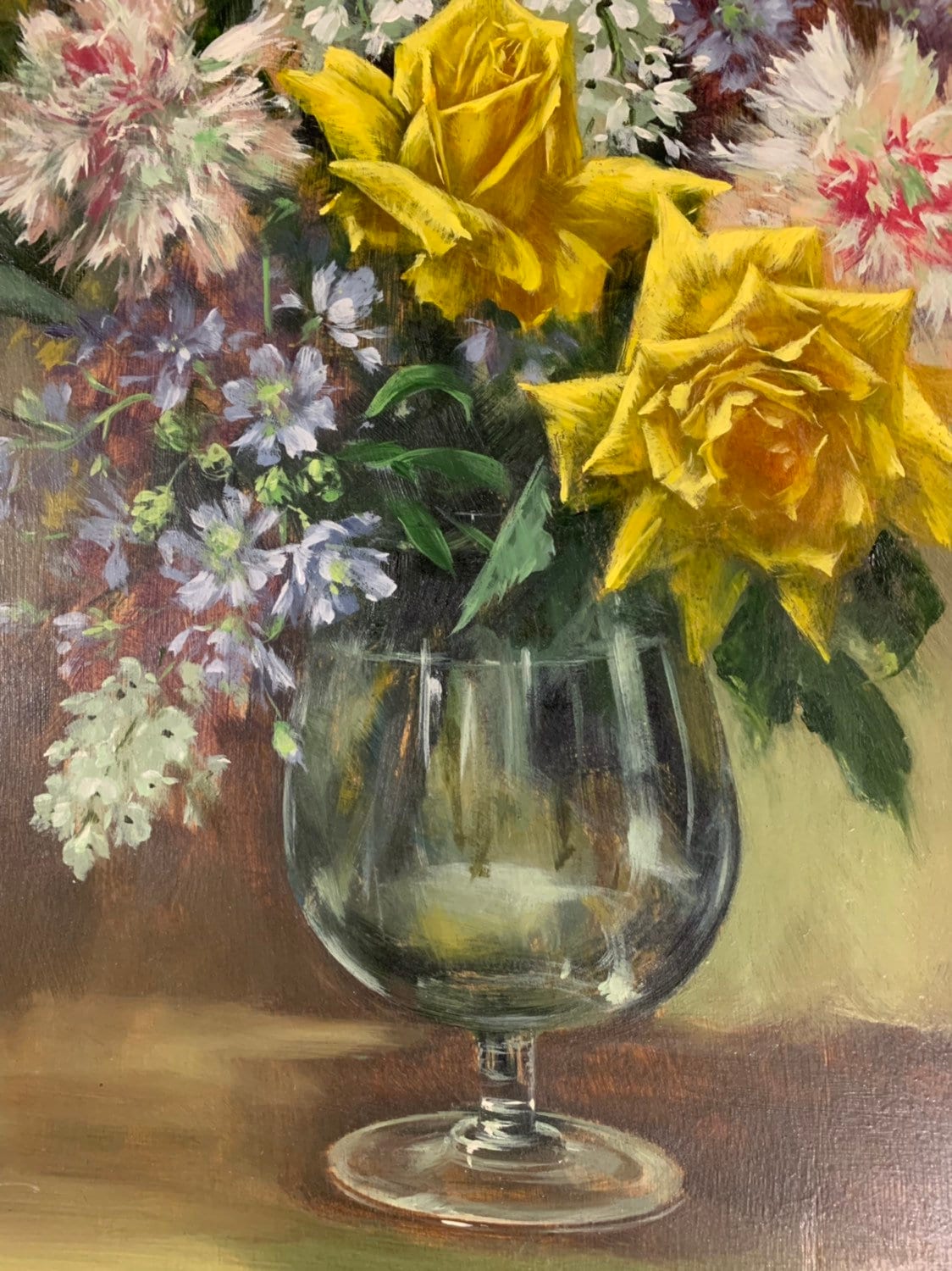 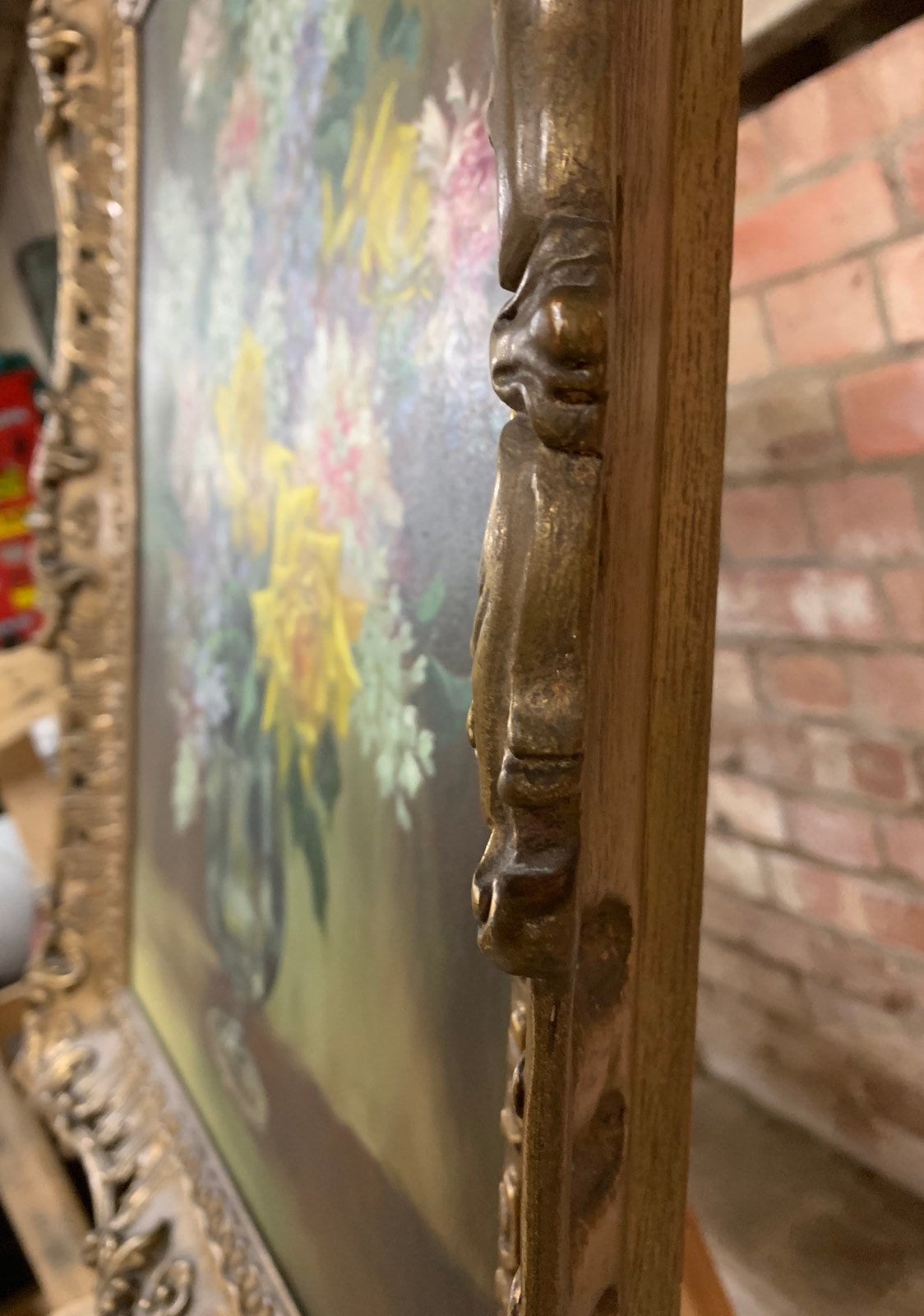 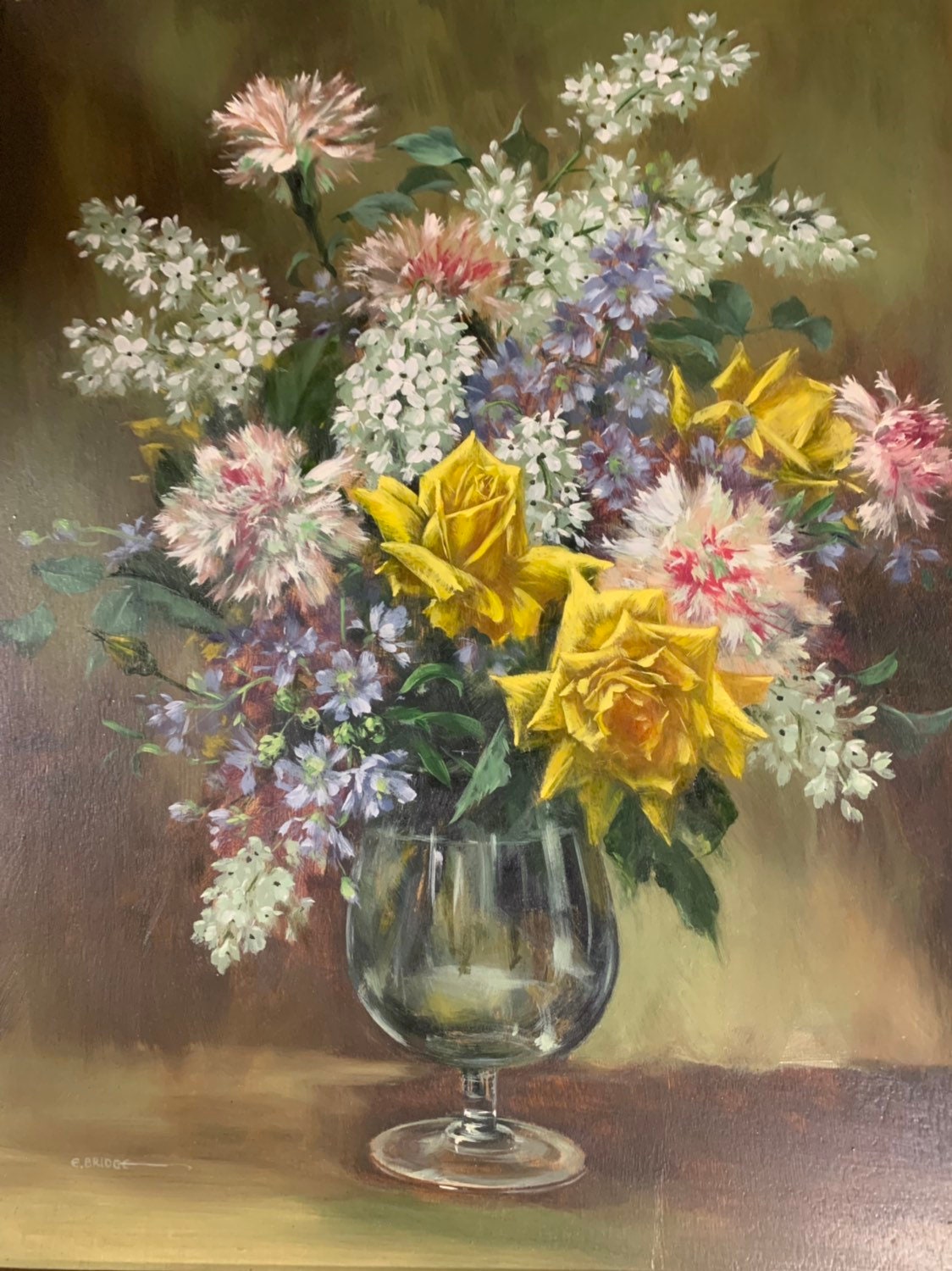 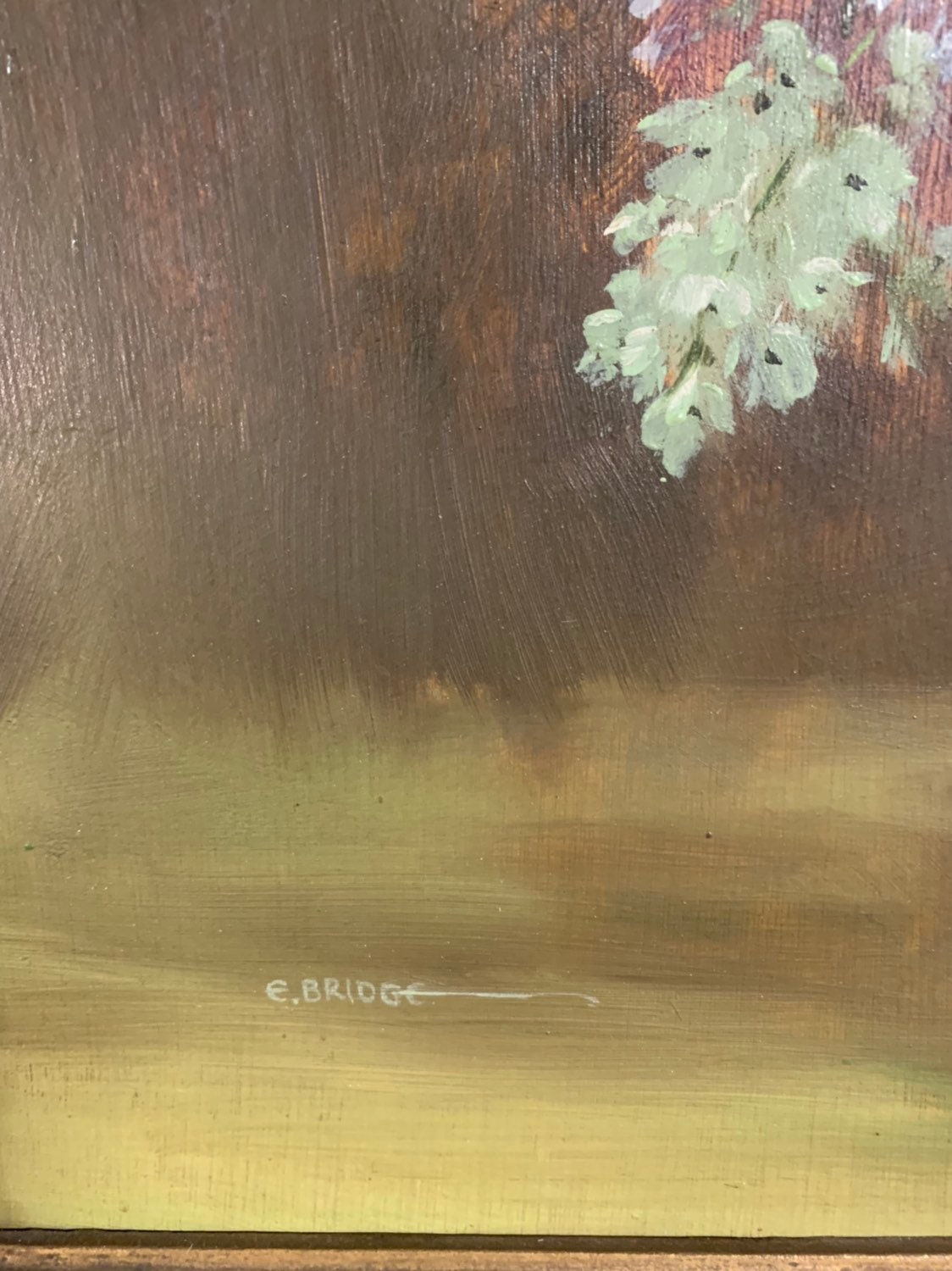 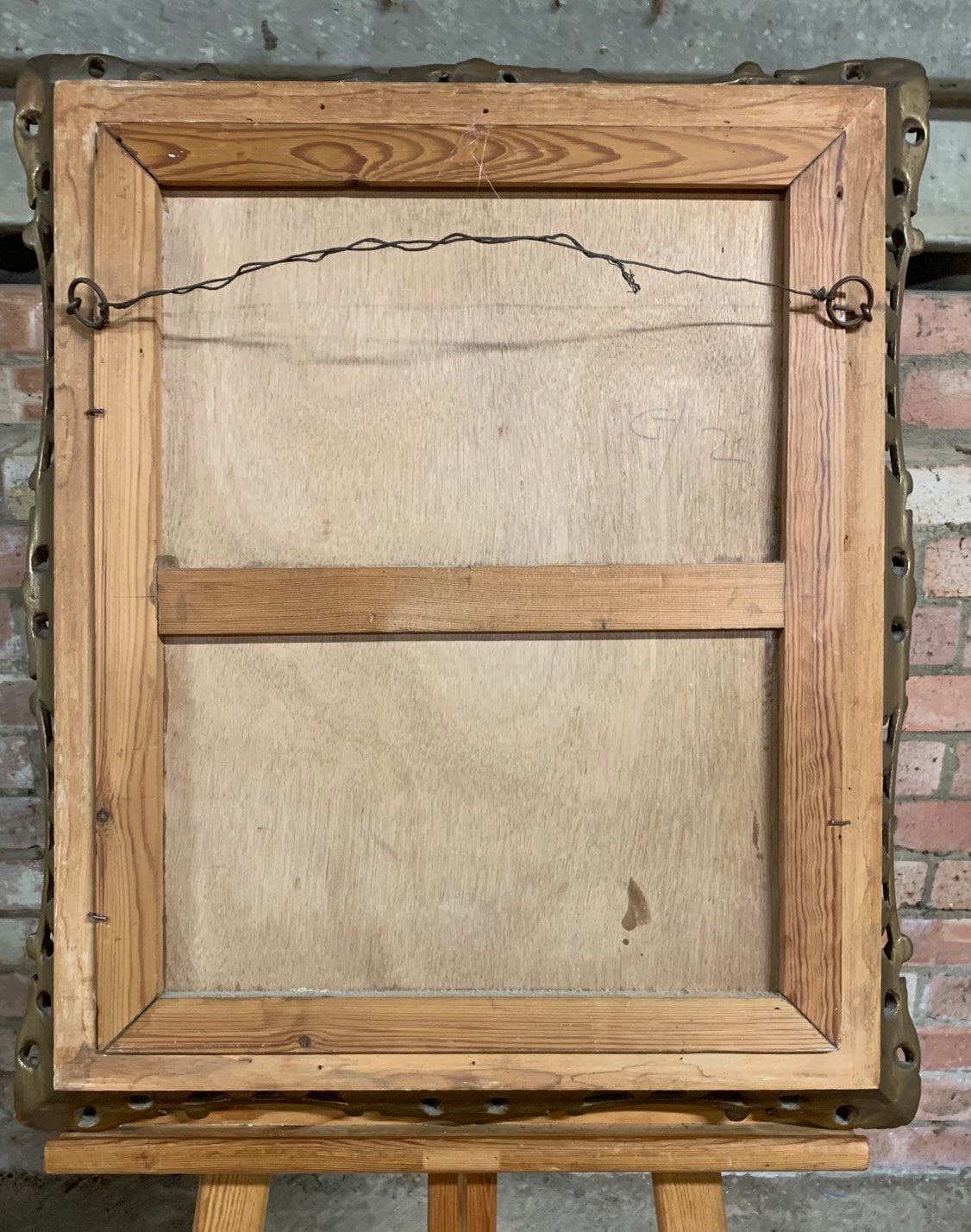 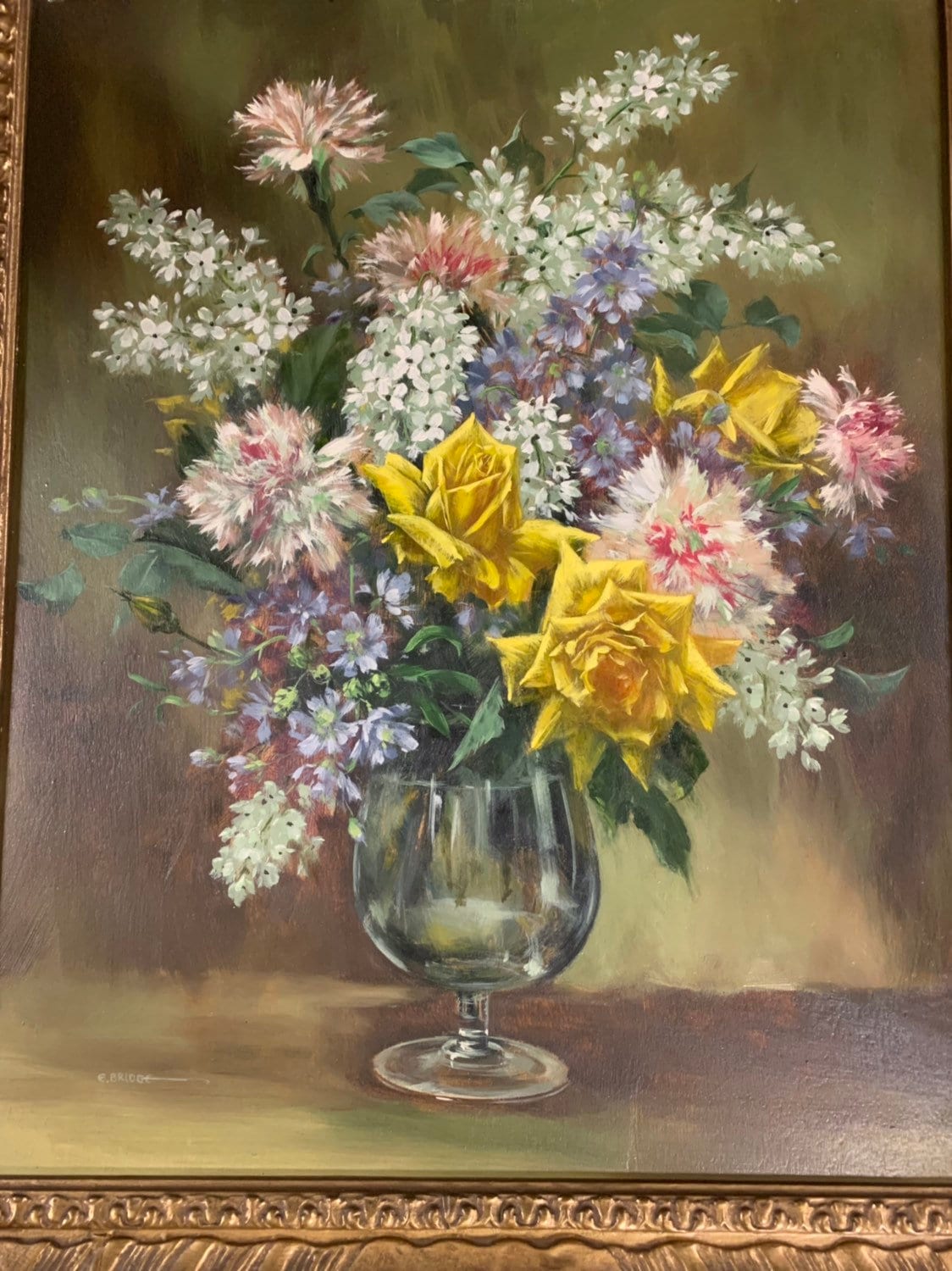 
Elizabeth Bridge was a painter in oil and watercolour of still-life, figures and landscapes, sometime with a pattern element. At the age of 17 she gained a scholarship to Hornsey School of Art.


Elizabeth Bridge began her career by carrying out small commissions and illustrations for newspapers, before concentrating on painting. She painted in a realist style and it was her paintings of flower studies, that she excelled- painting wonderful studies of flowers with a fresh and vibrant palette.


In 1947, she is recorded as living in Charlbury, Oxon and it was in that year that she first exhibited at the Royal Academy. She went on to exhibit in London at the Royal Academy until 1966, by which time she had moved to Moreton-in-the-Marsh in Gloucestershire. Elizabeth Bridge was a member of the Royal Institute of Painters in Watercolours and the Royal Institute of Painters in Oil-Colours. She also exhibited at the Royal Scottish Academy and the Society of Women Artists and she gained an Honourable Mention at the Paris Salon.


Many of Elizabeth Bridge’s flower paintings and some of her portraits were reproduced. A group of her paintings were sold at Christie’s South Kensington a year after her death in 1997.