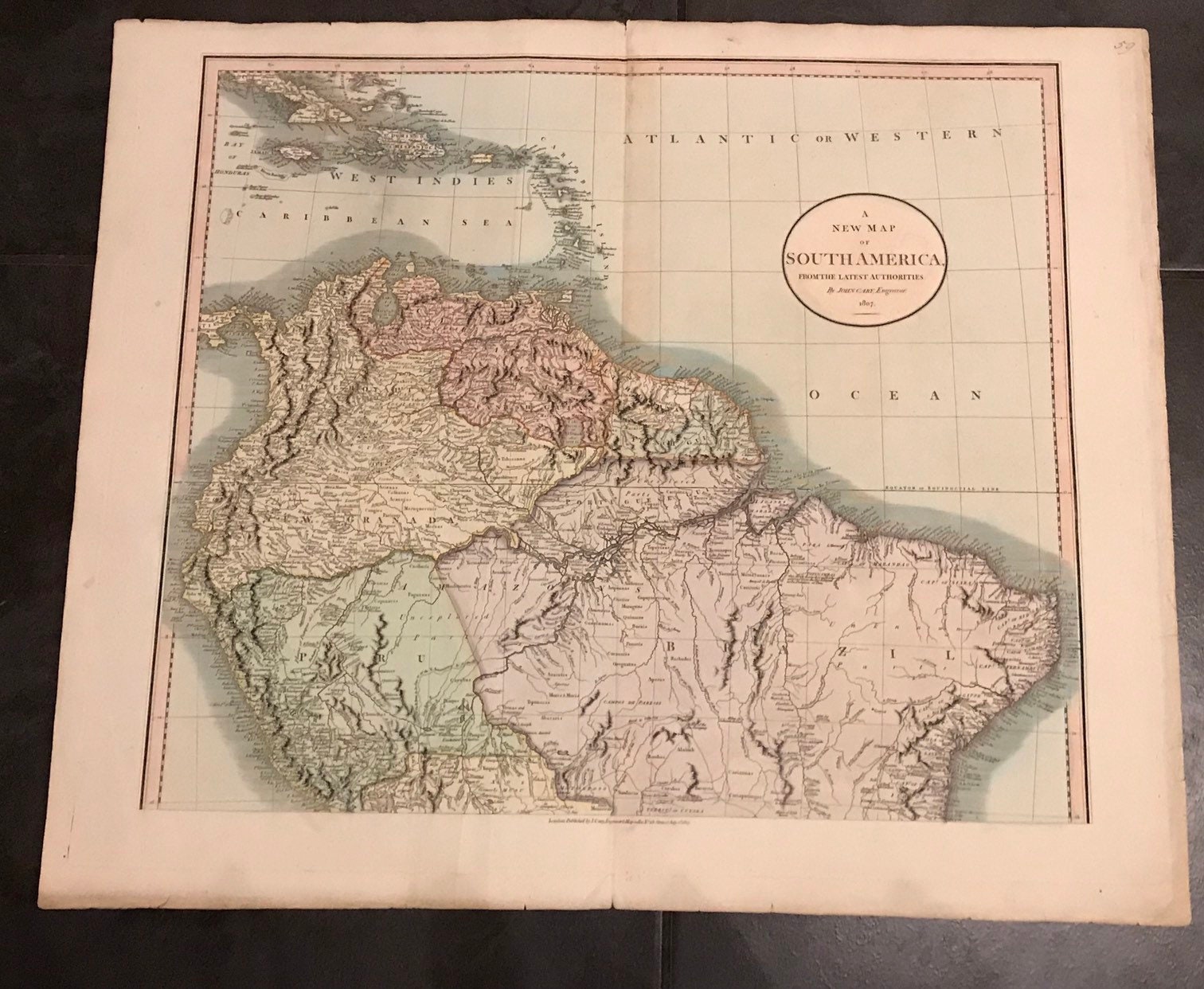 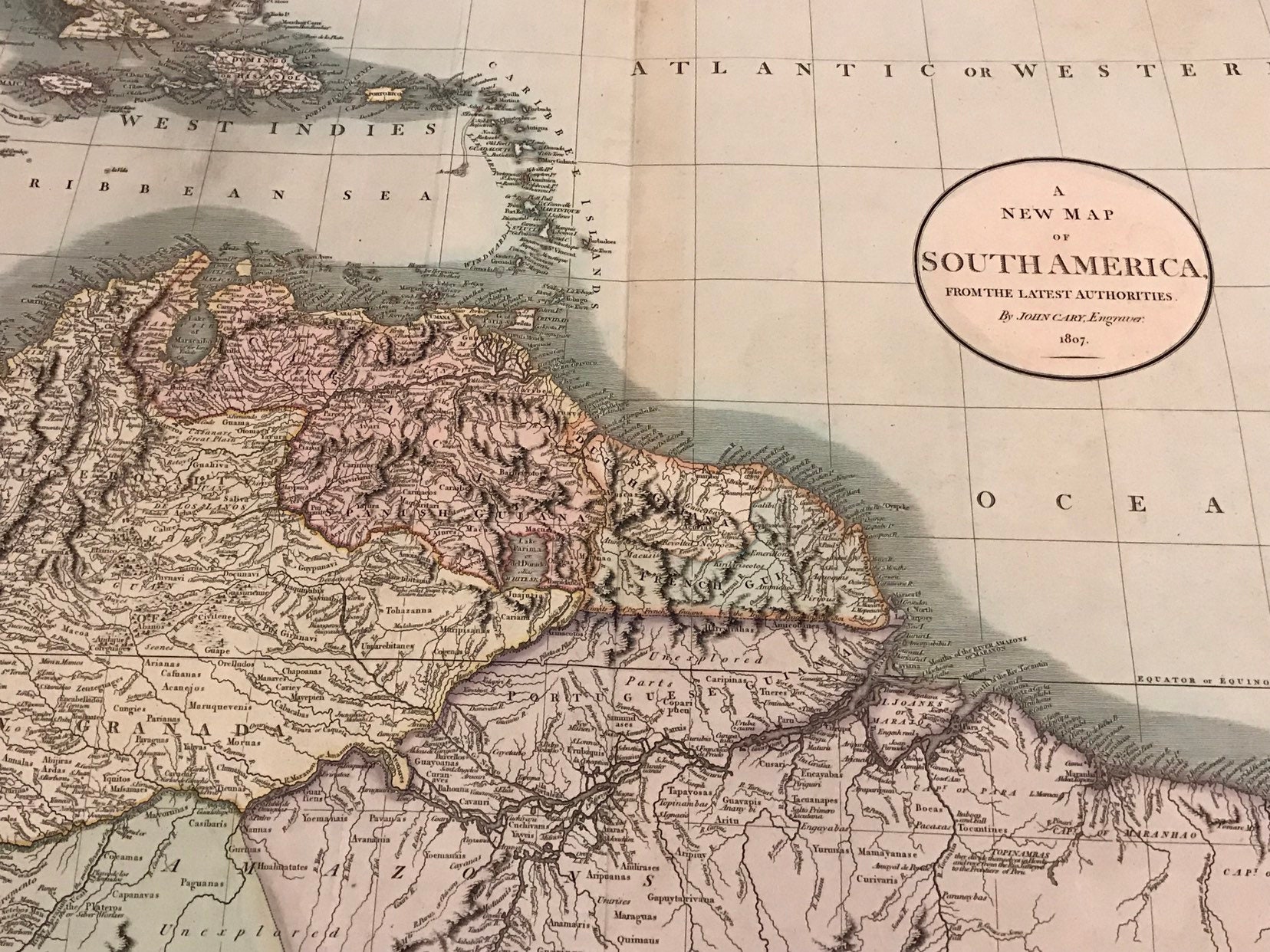 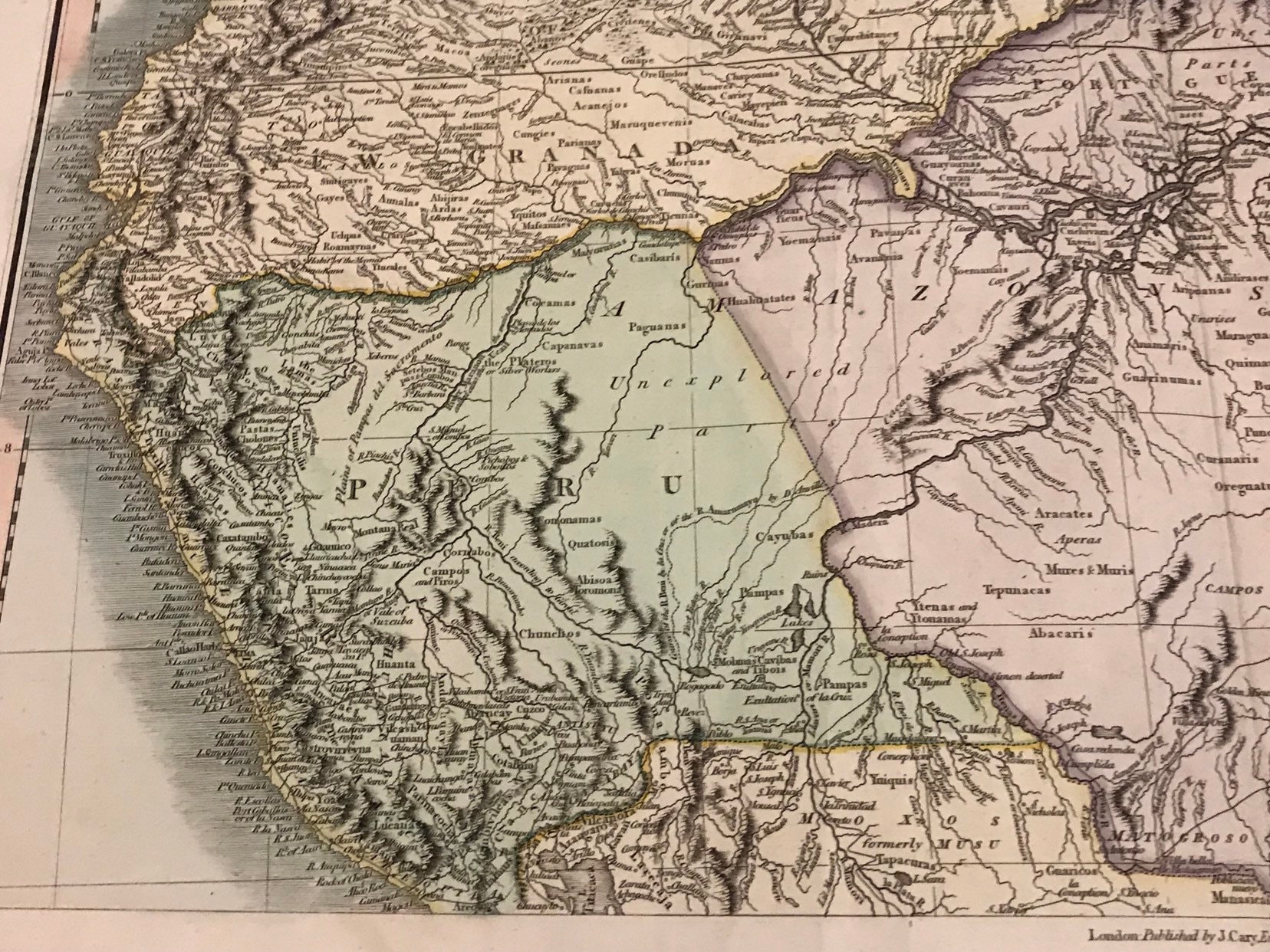 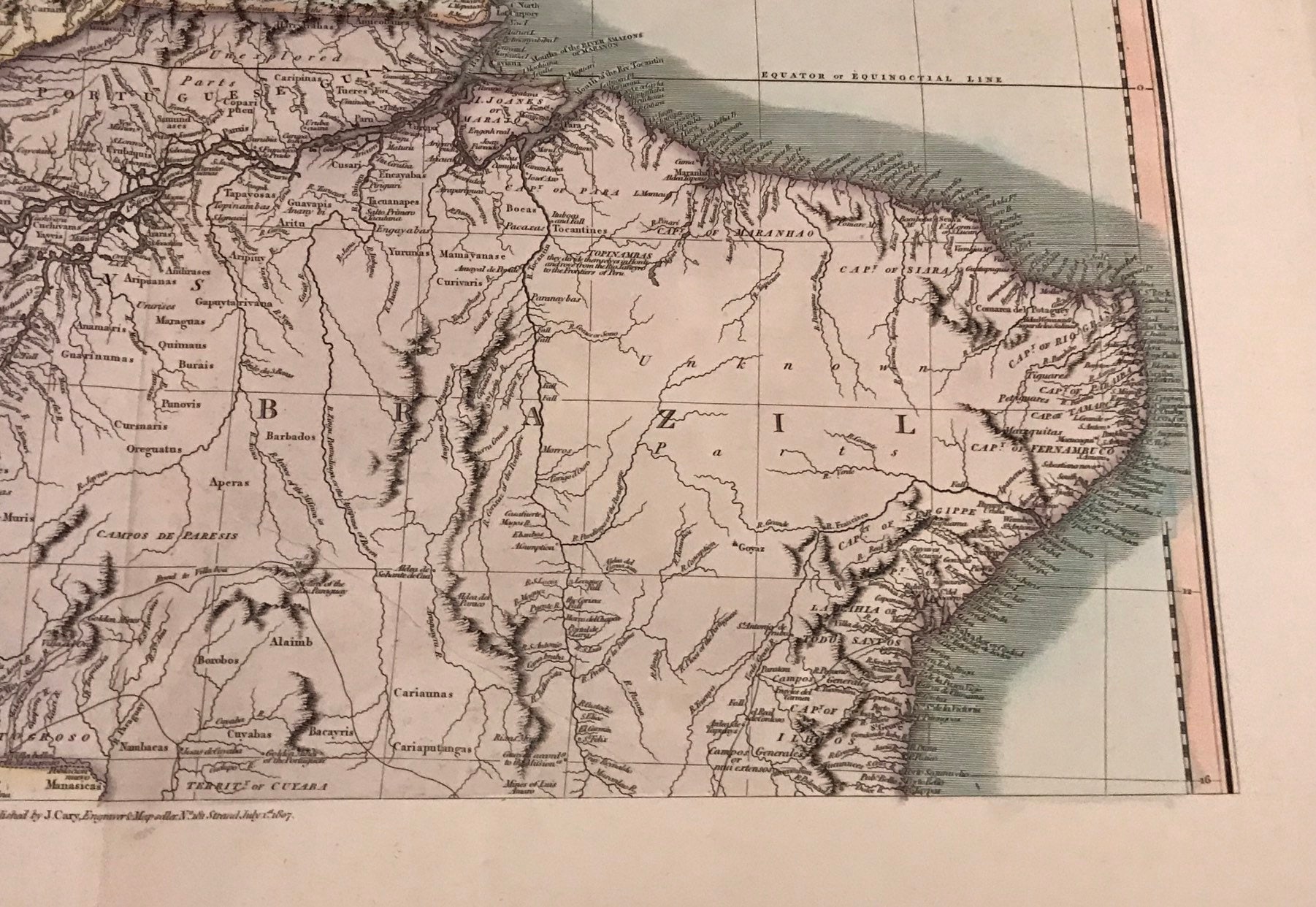 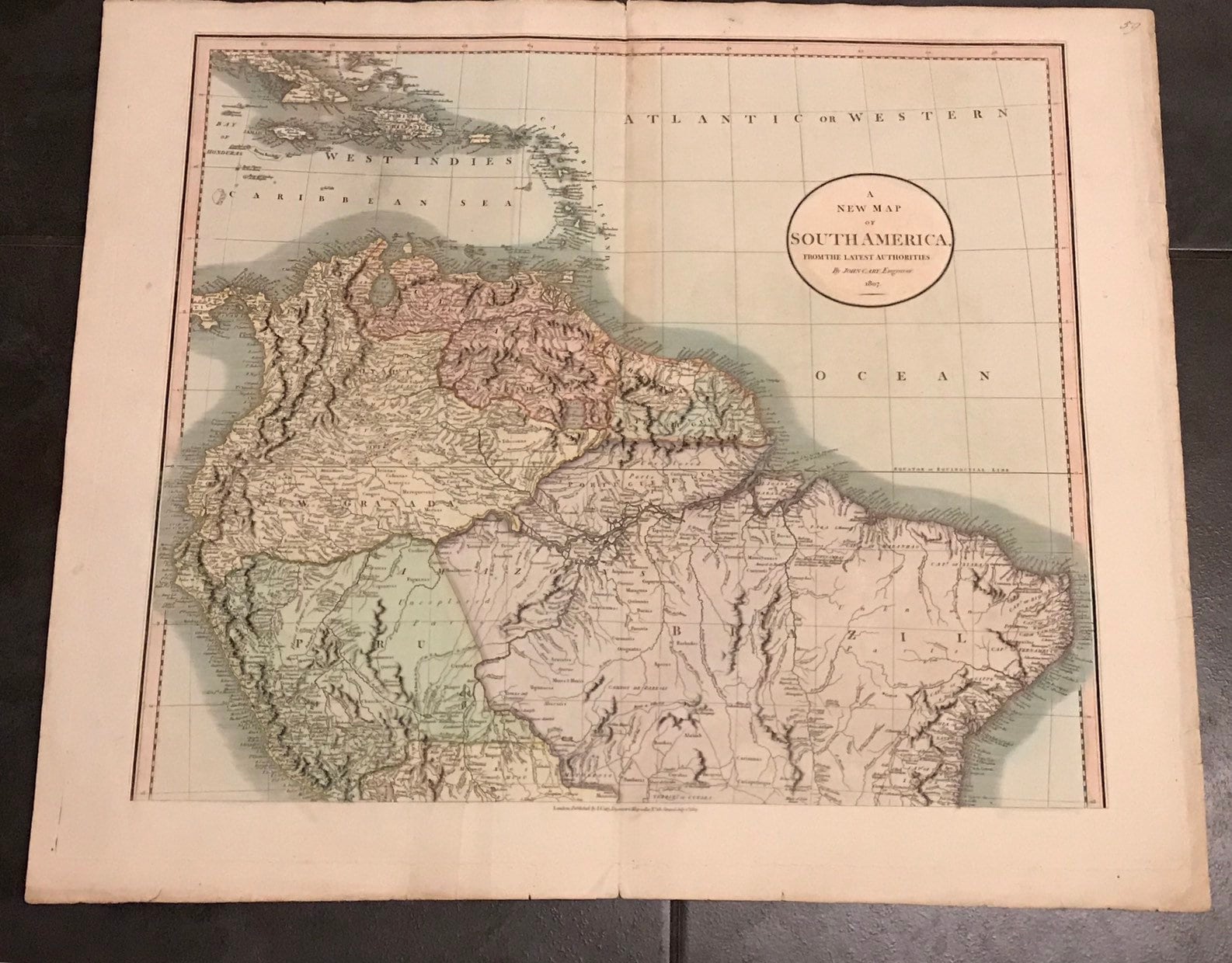 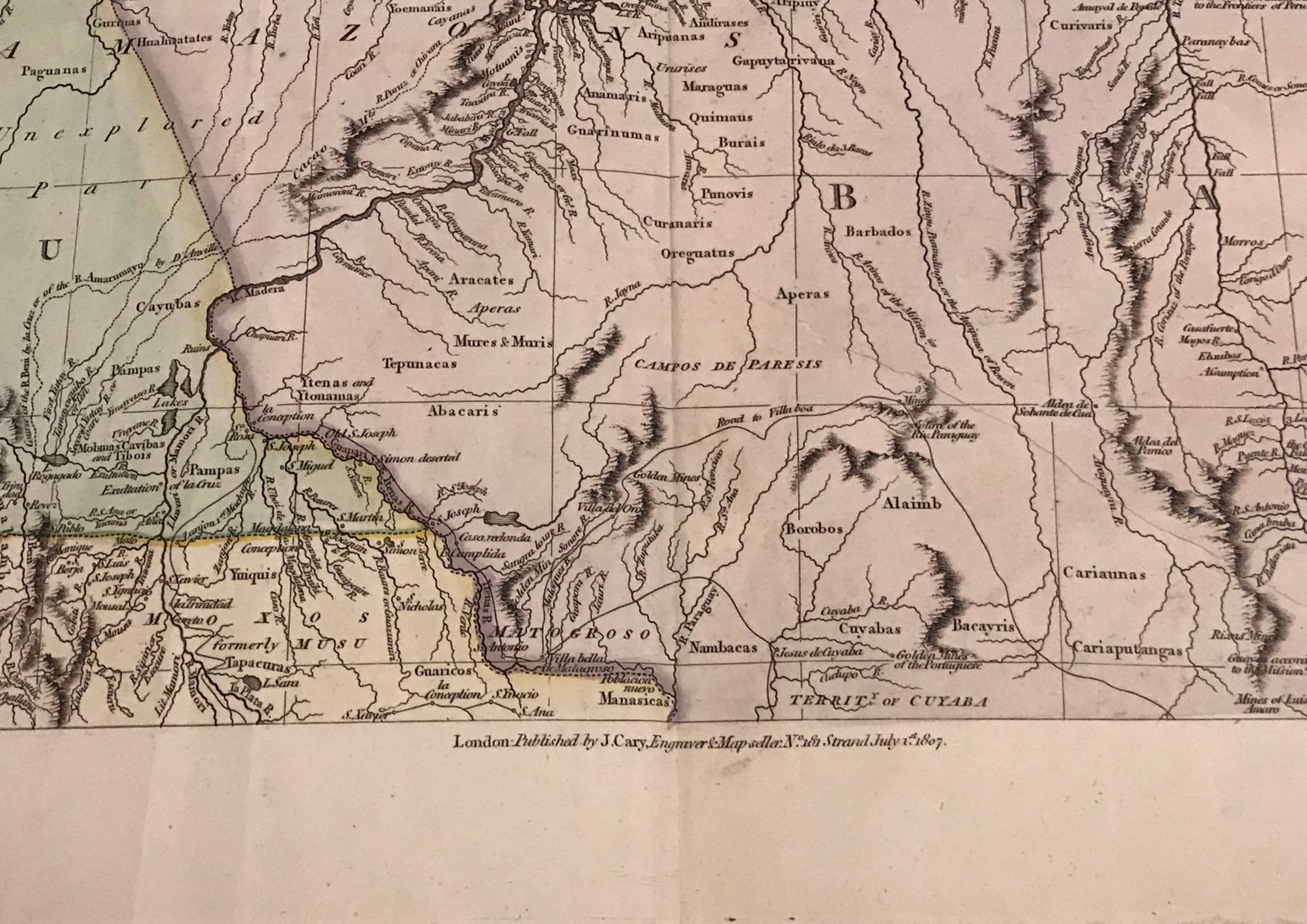 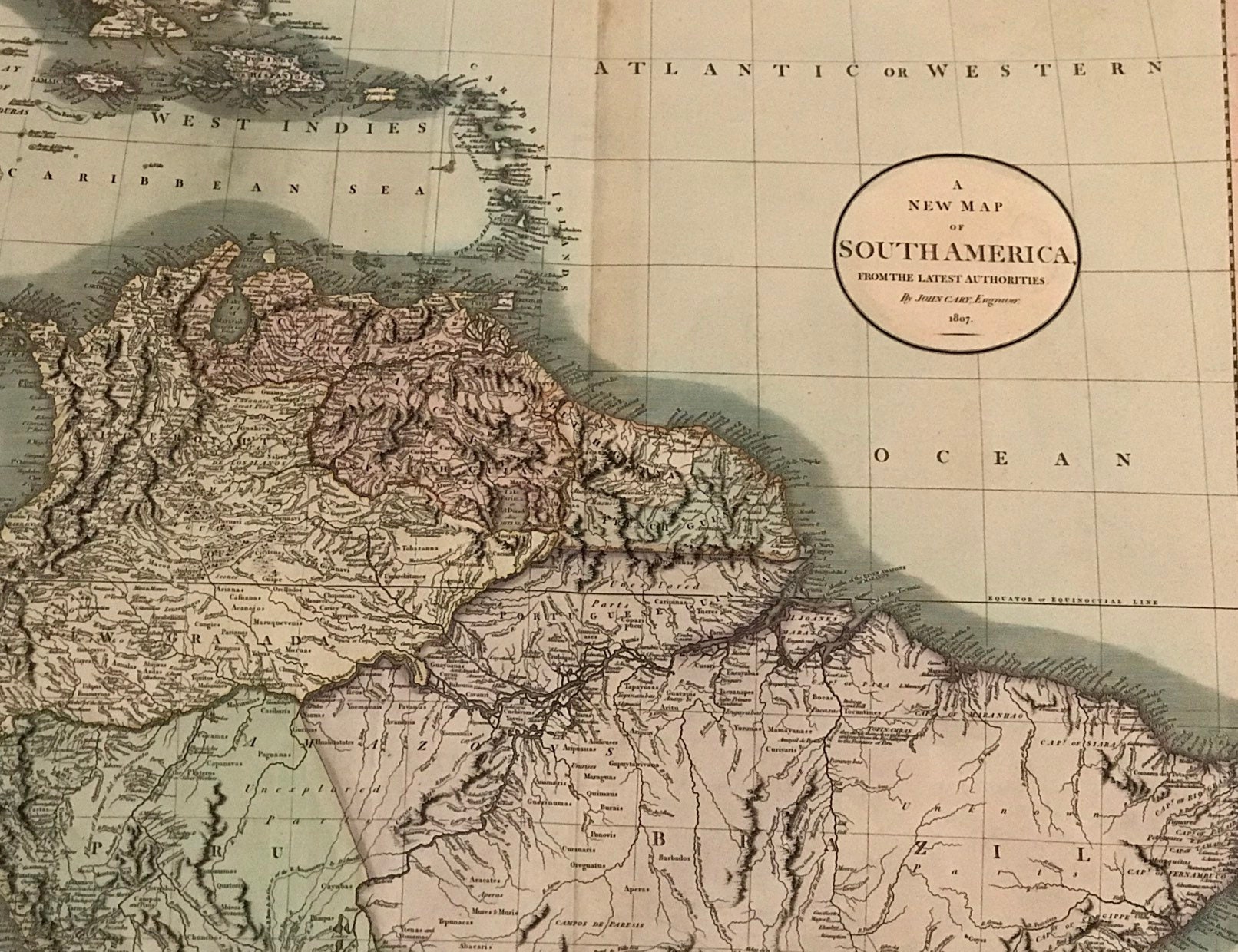 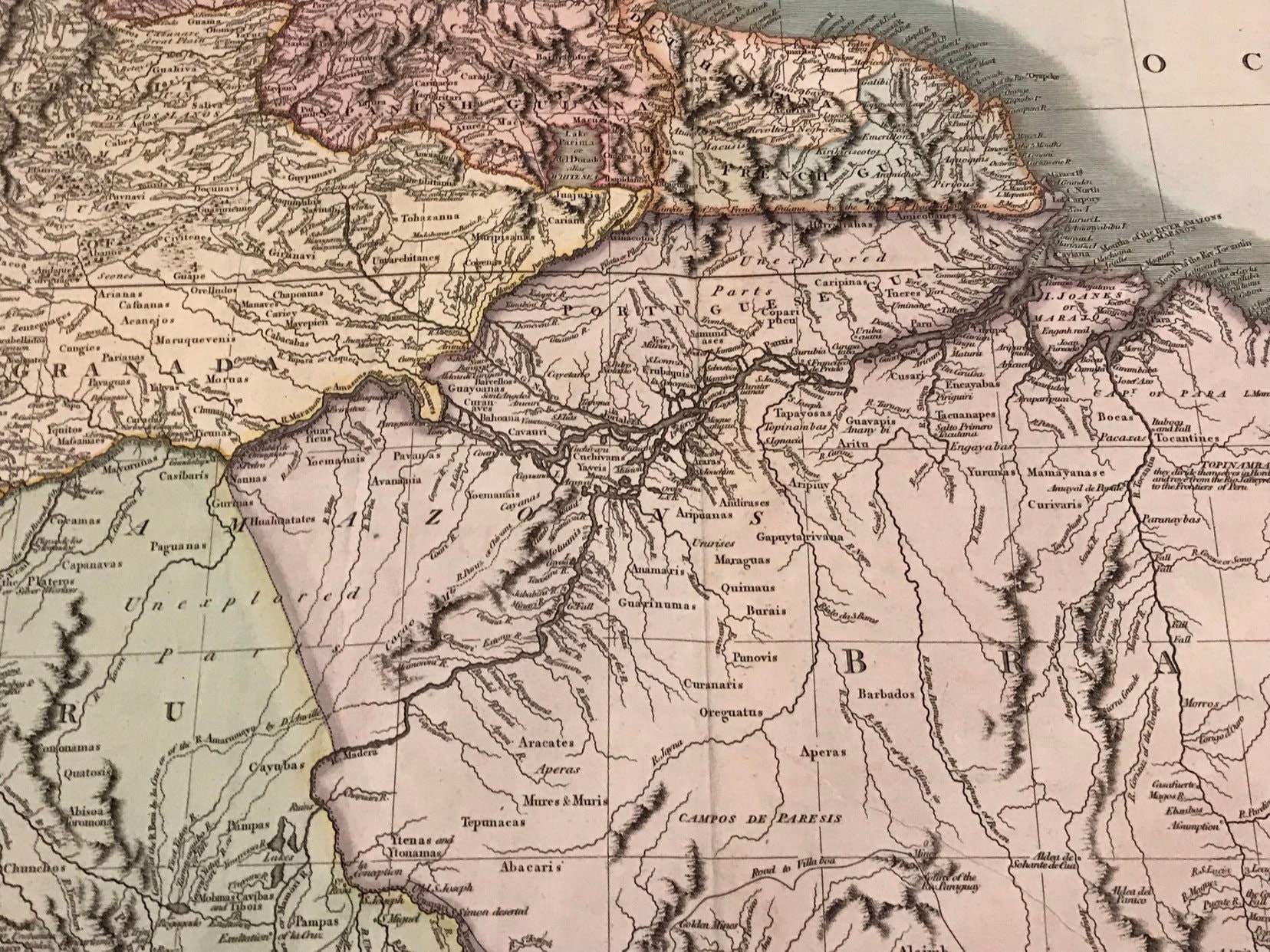 This authentic hand-colored antique map is an exceptional work by the prominent cartographer John Cary.


John Cary (1755-1835) was a British cartographer and publisher best known for his clean engraving and distinct style which influenced the entire map industry. Born in Wiltshire, John was apprenticed to an engraver in London. He started his own business by 1782 and moved to several premises before settling at 86 St James’s Street in 1820.

Cary had several significant collaborations during his career. John Wallis and Cary diversified Cary’s business to include broader publishing projects. Brother William and John made globes together, while brother Francis participated in the company’s engraving work. Finally, geologist William Smith and Cary developed and sold geological maps, some of the first of their kind. The pair also produced a notable series of county maps starting in 1819. Cary’s atlases, of English counties and the world, were the standard texts of the early nineteenth century. He was appointed surveyor of roads to the General Post Office in 1794, which led to the New Itinerary, first published in 1798.

John trained his son, George, in engraving and George and his other son, John Jr., took over the business in 1821. It was then known as G. and J. Cary and continued in trade until 1850. The firm’s materials were then acquired by George Frederick Cruchley and then Gall and Inglis. By the time John died in 1835, Cary was the authoritative name in private map publishing and his business was a leader in the field throughout the first half of the nineteenth century.