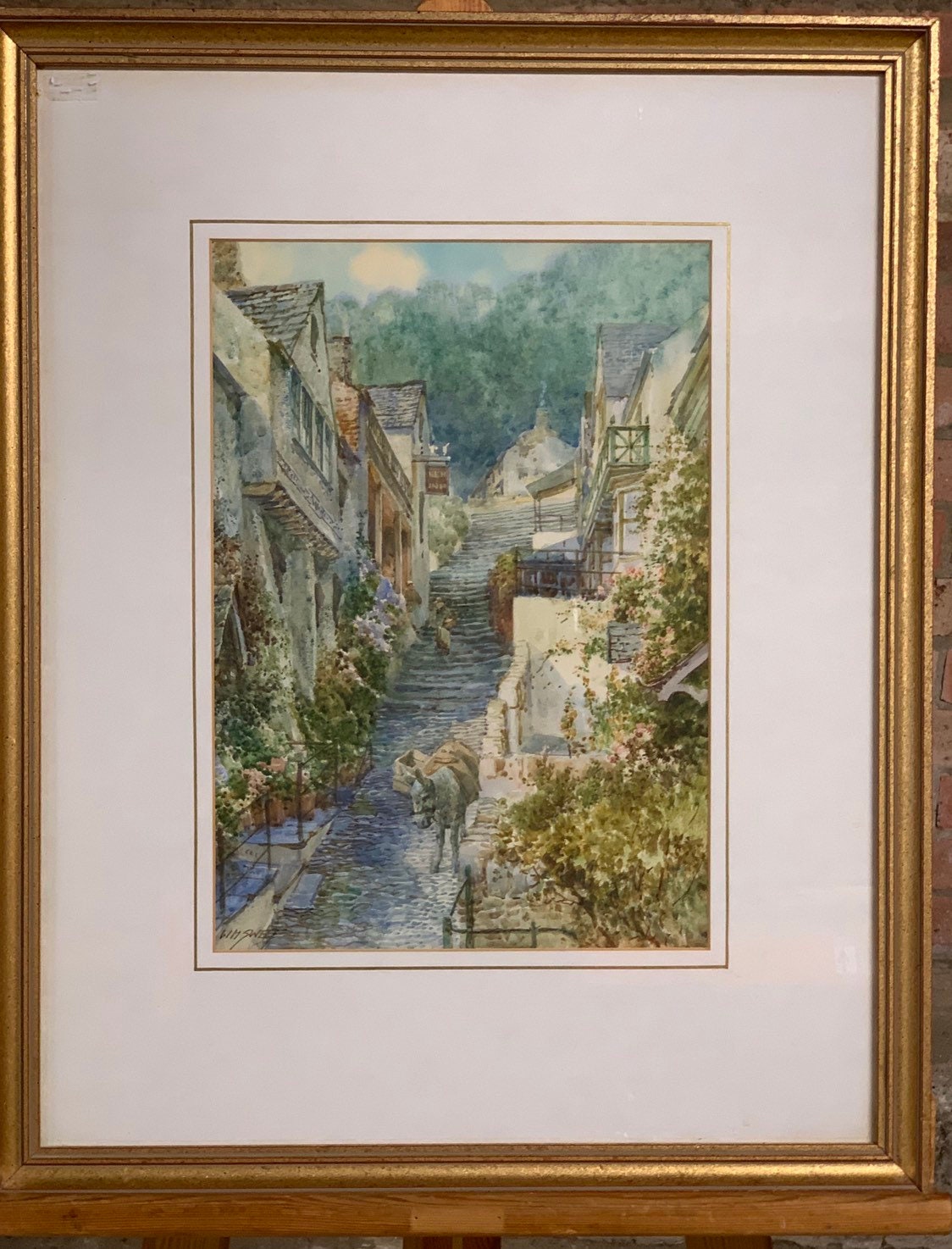 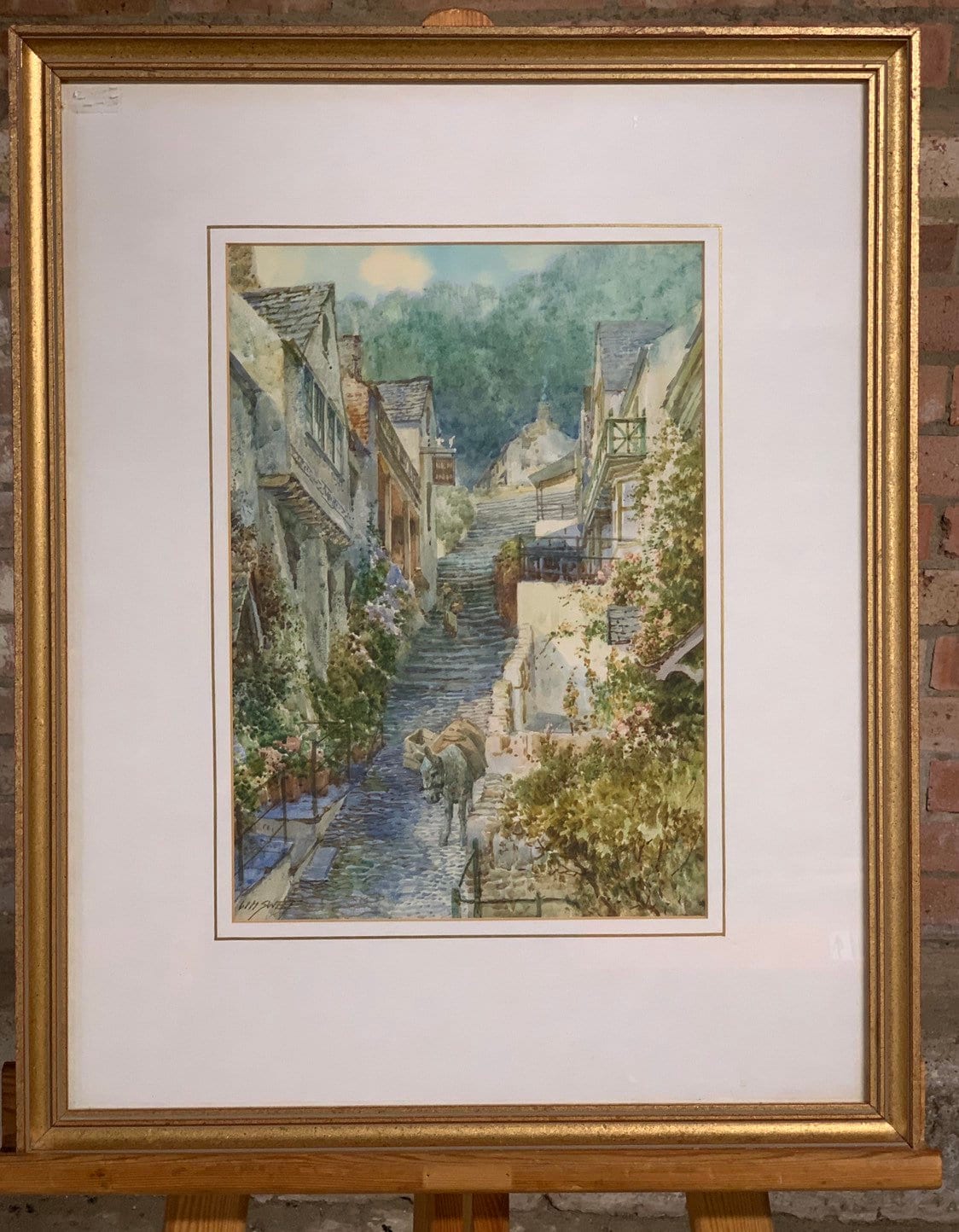 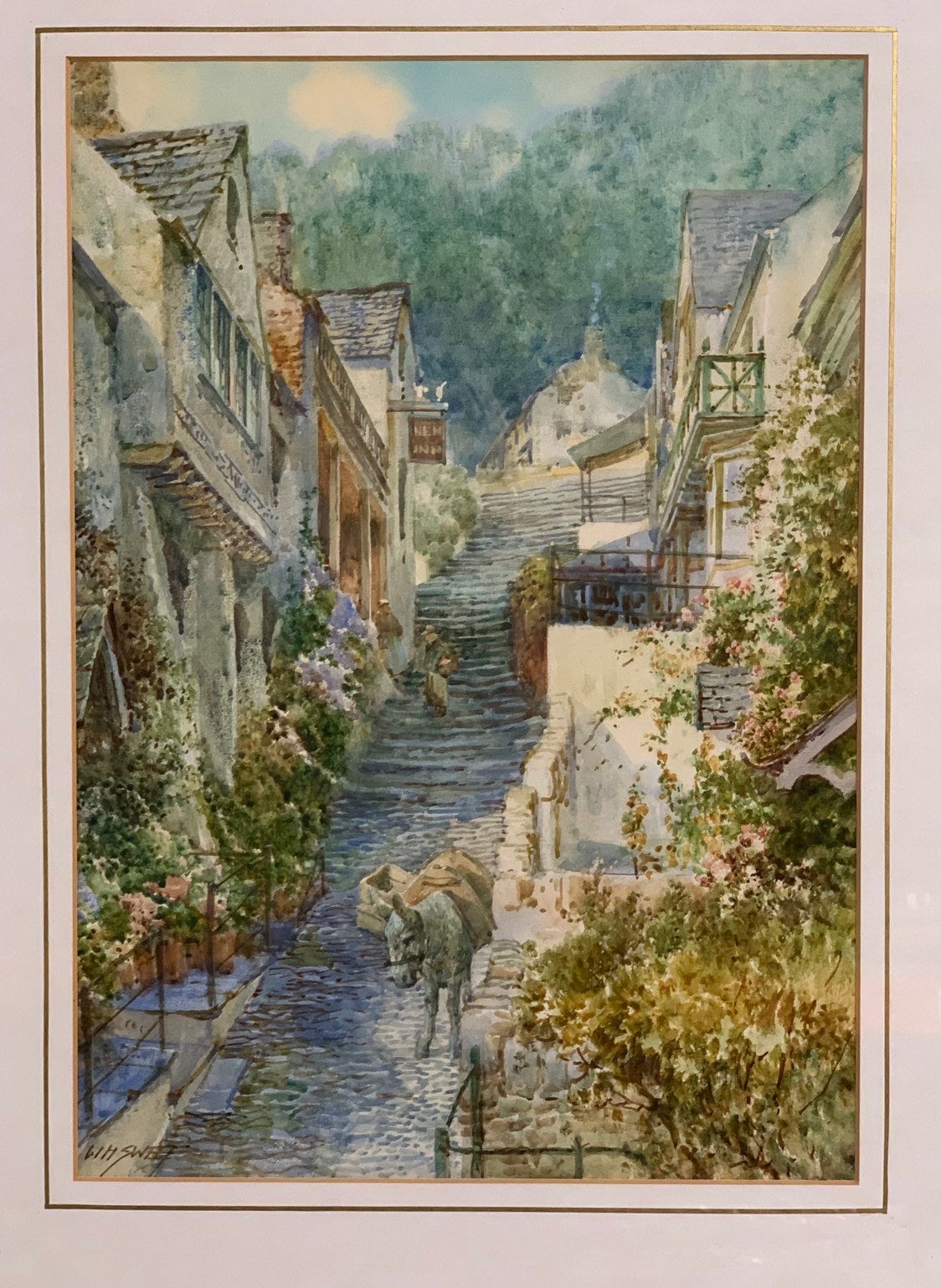 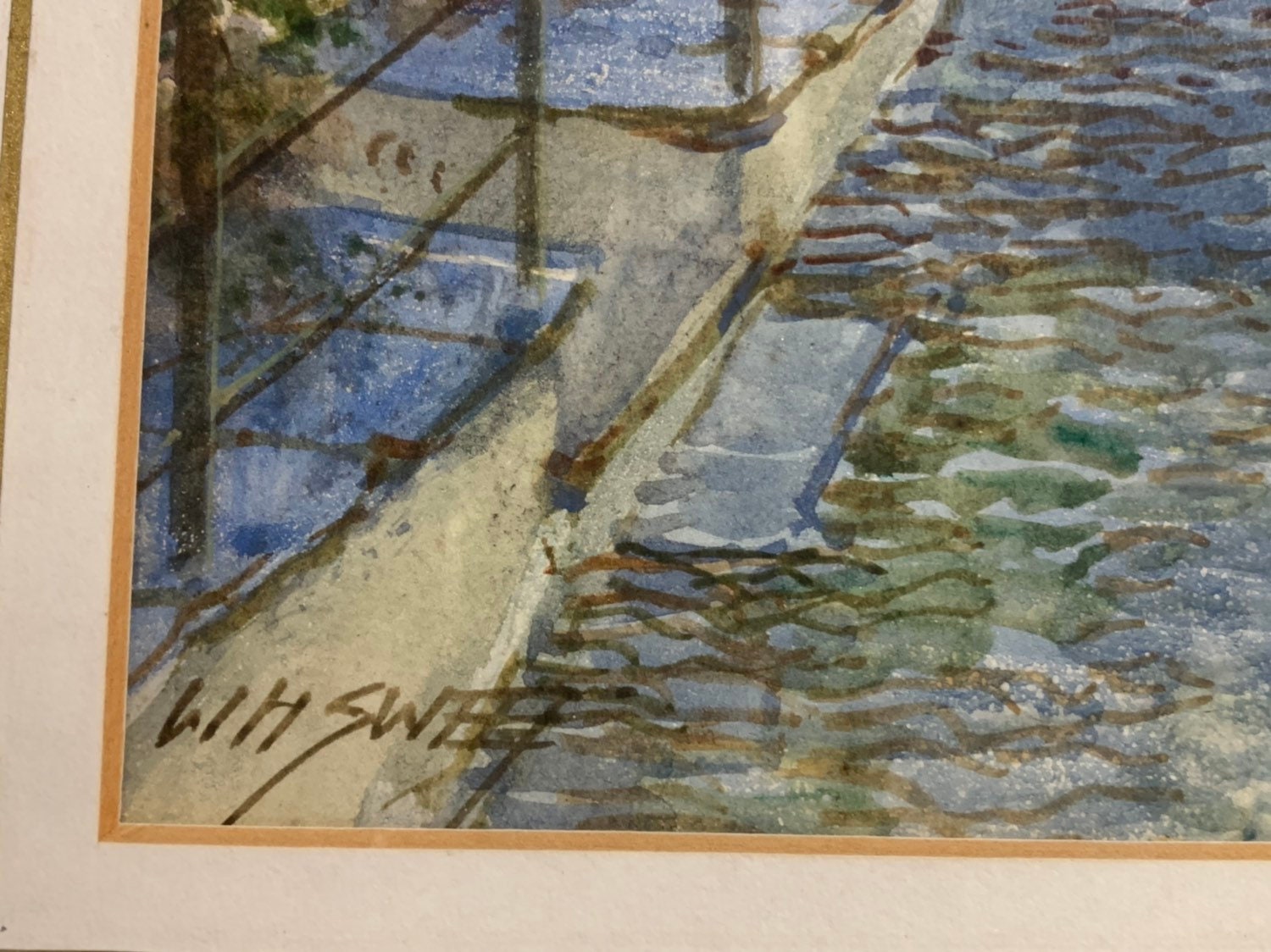 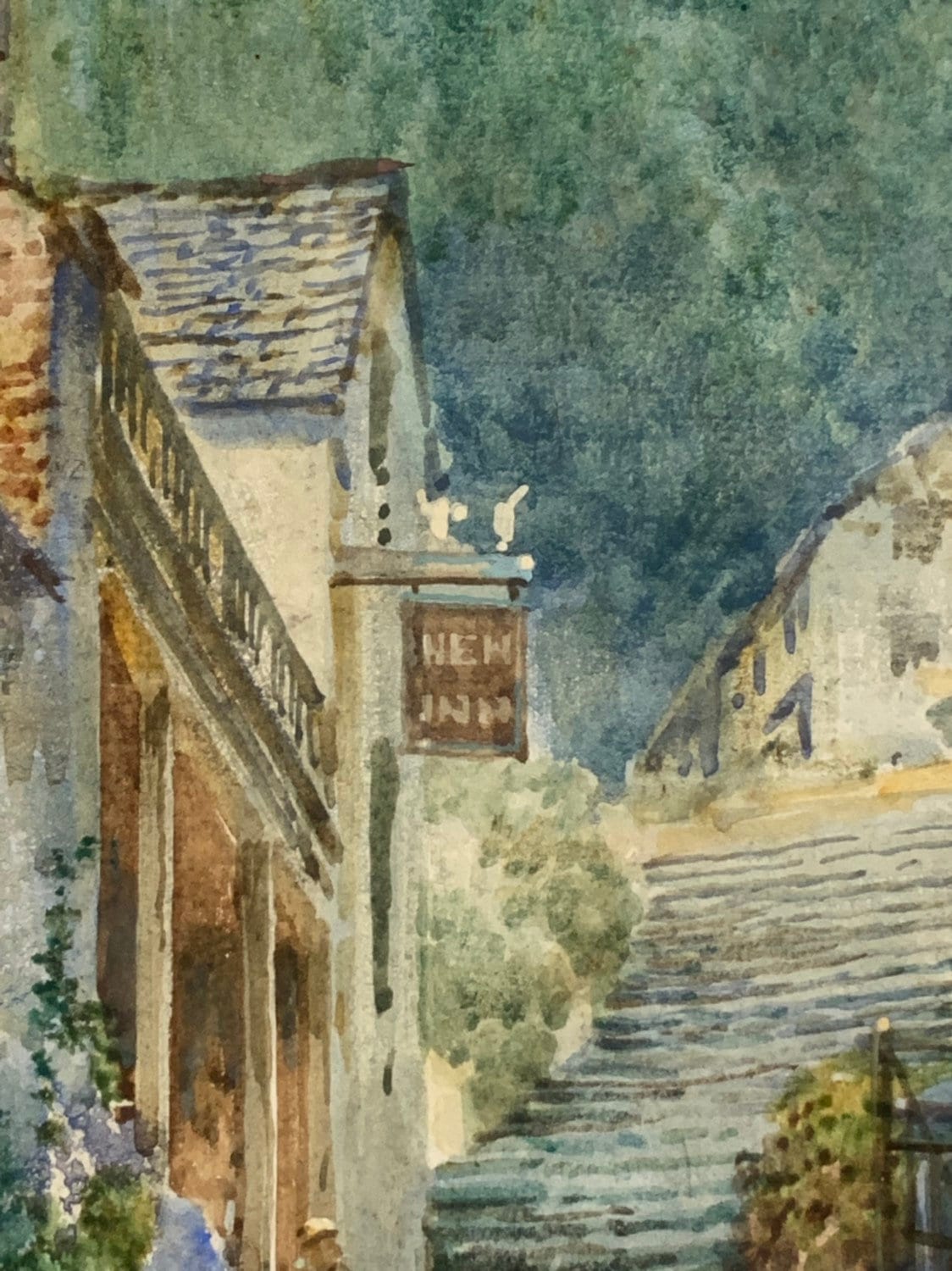 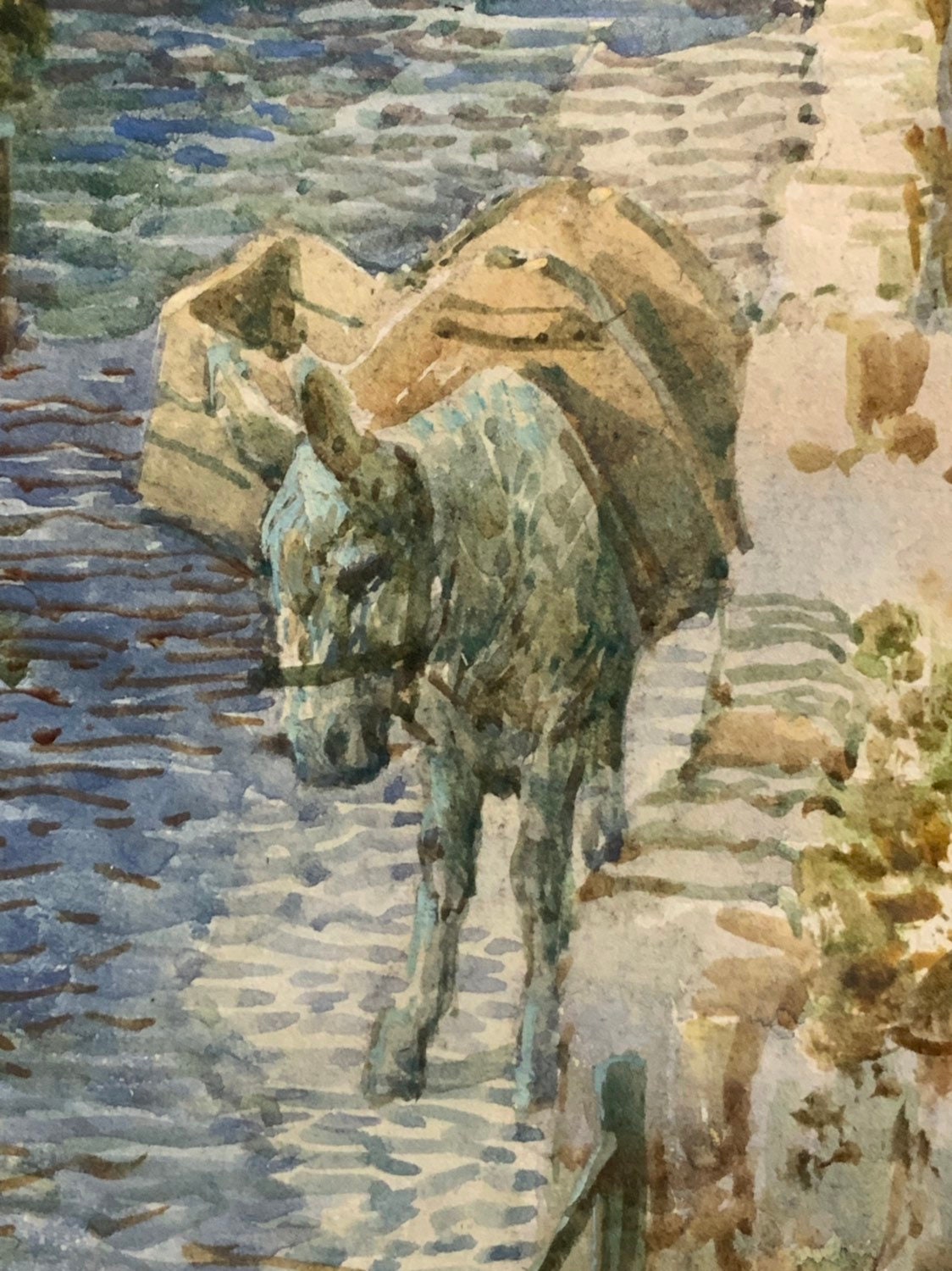 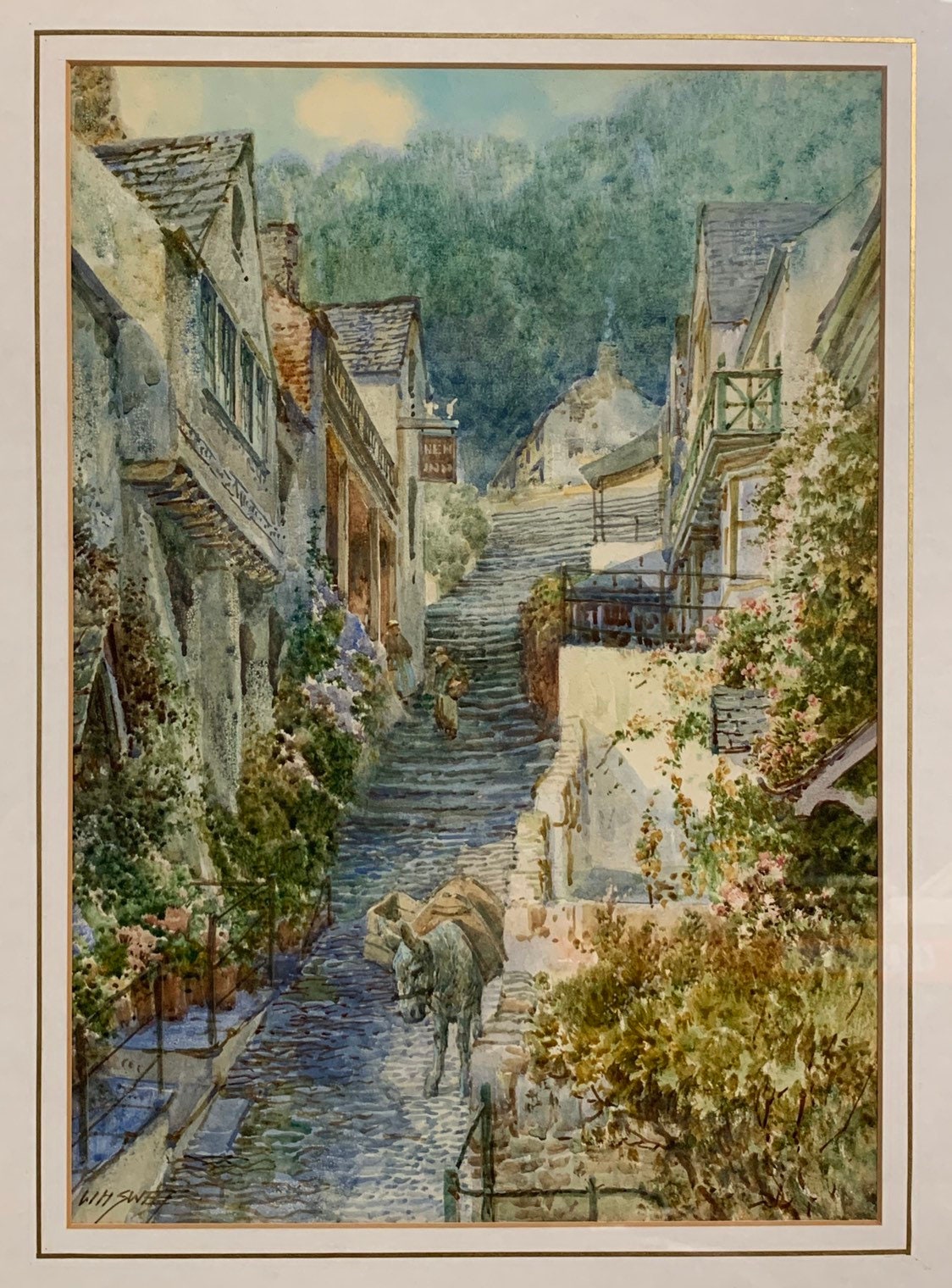 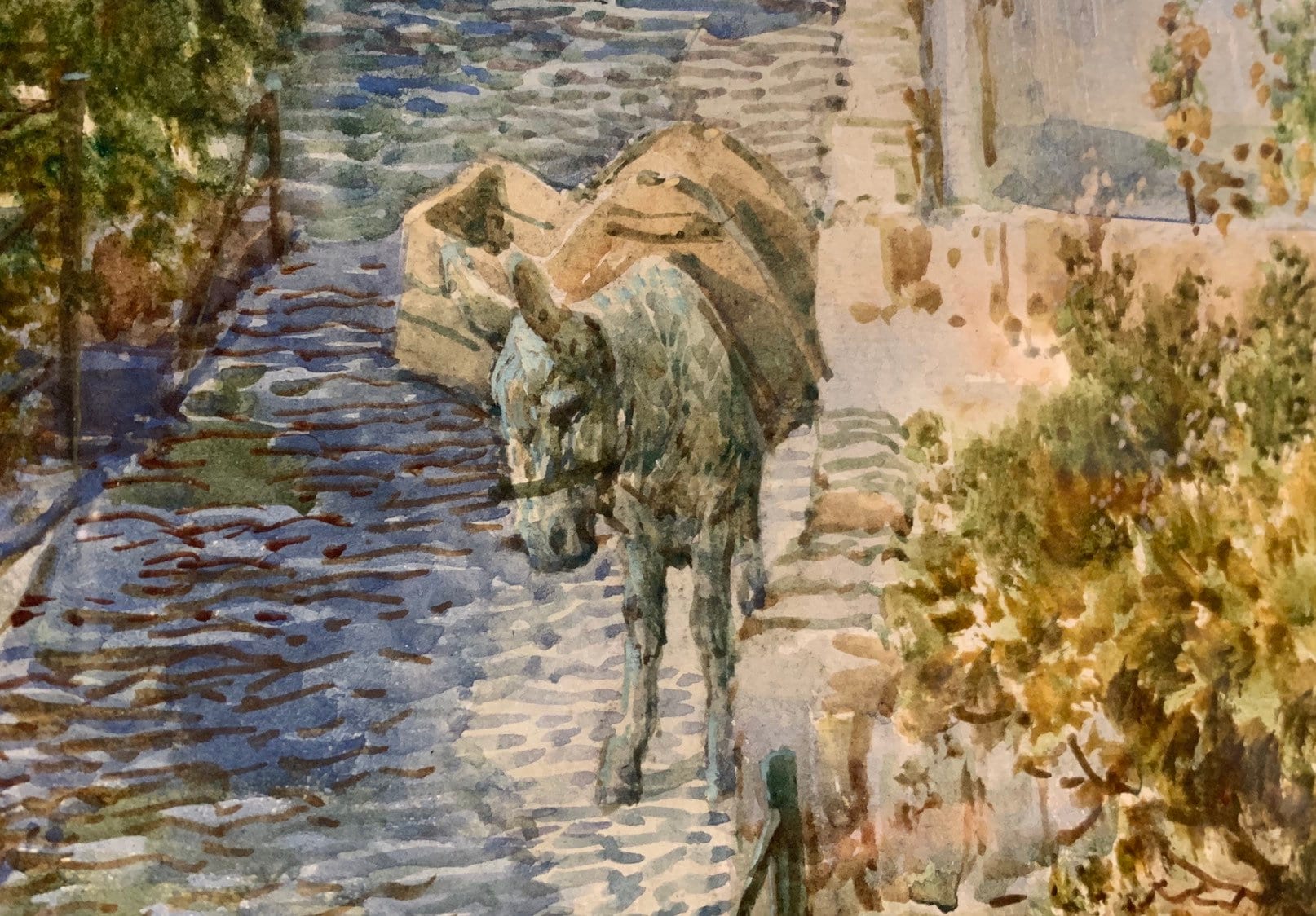 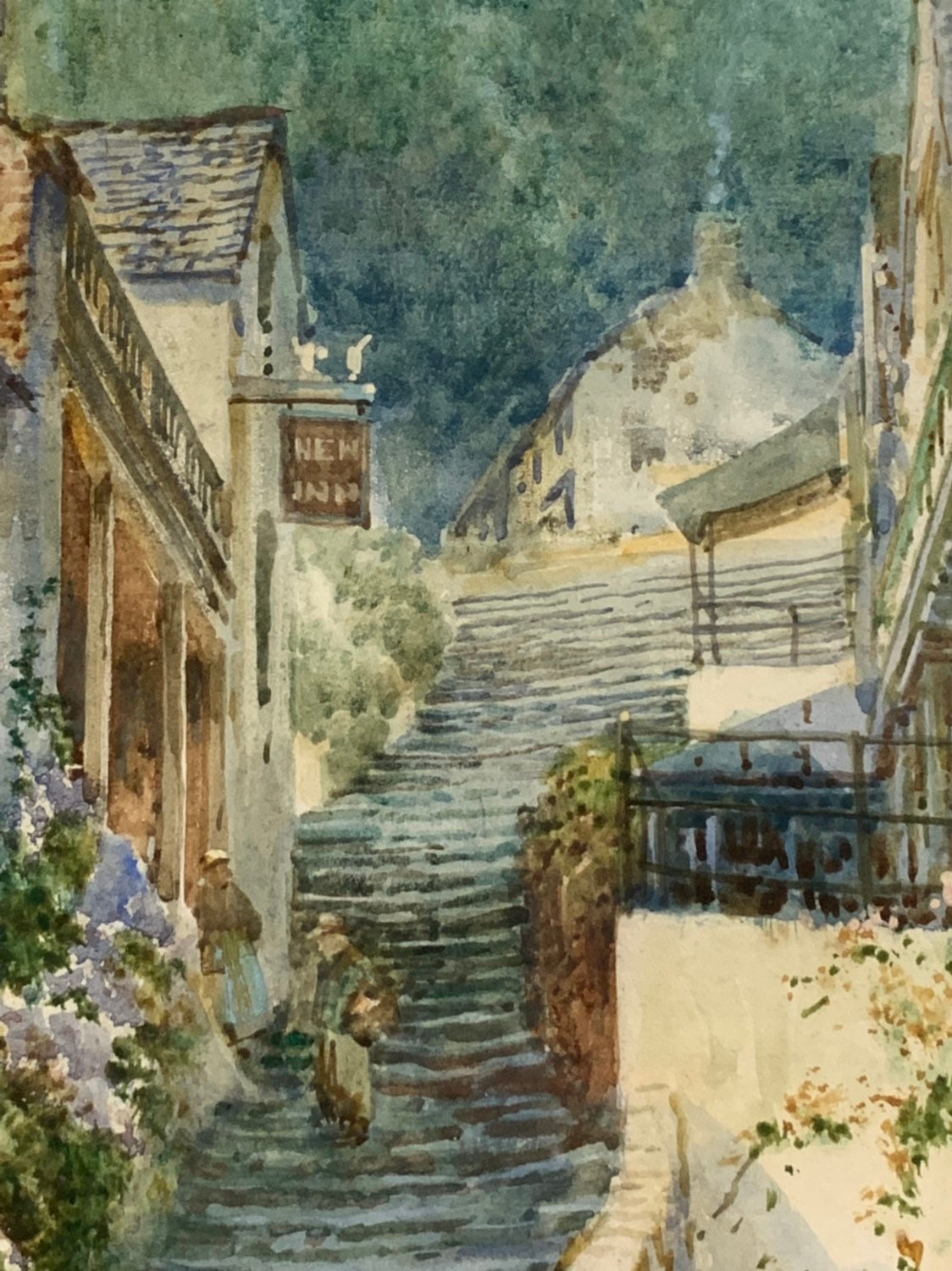 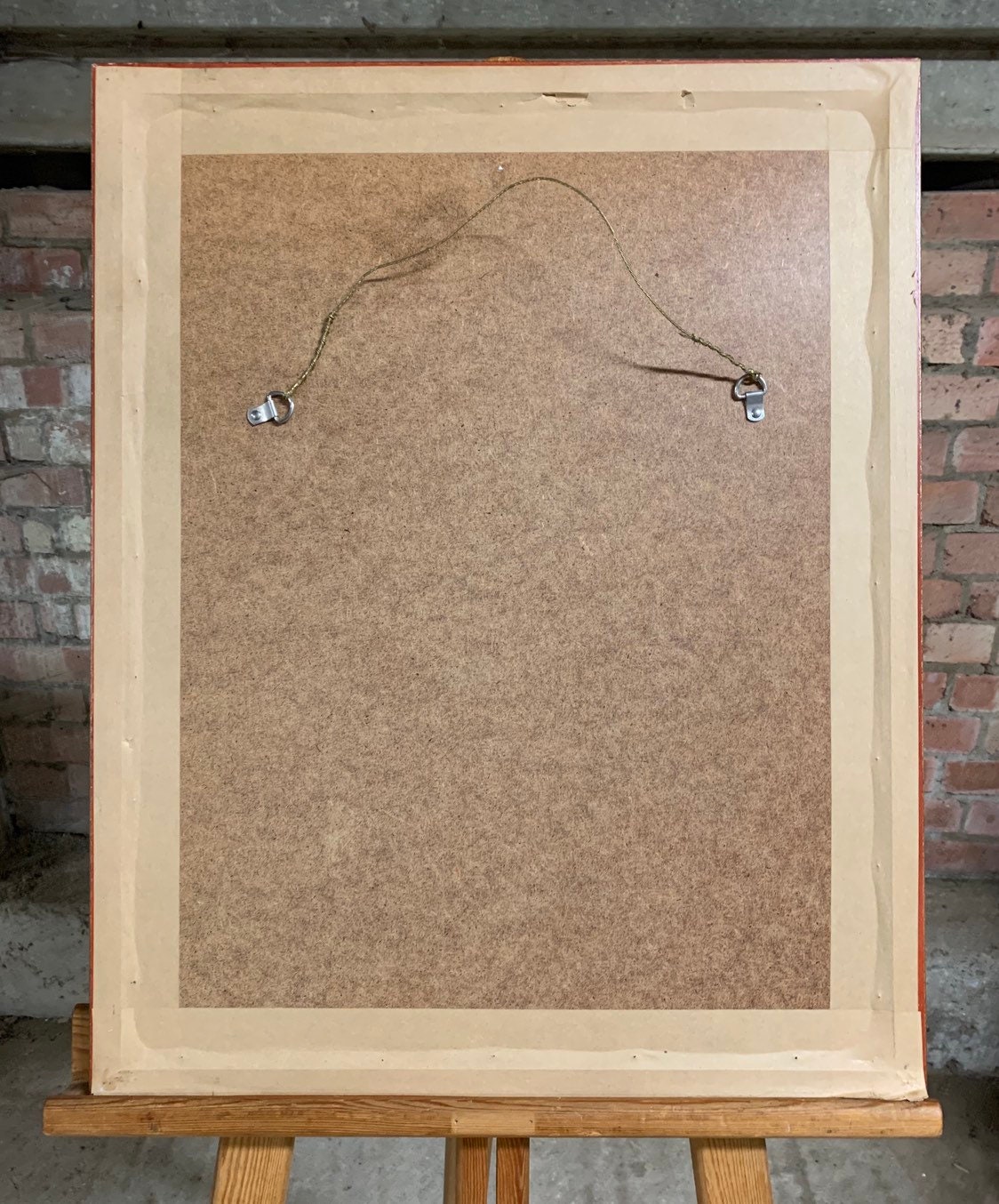 Walter Henry Sweet (1889 - 1943)
A prolific West country artist who painted street scenes, moorland views and seascapes. Born on 11th April 1889 and studied at Exeter School of Art under the guidance of his friend John Shapland. He worked locally and exhibited
at the Devon and Exeter Annual Exhibition at the Elands Gallery in
the early 1900's. At the outbreak of the First World War he joined
the Devonshire Regiment and saw active service abroad. After the war he moved to Dundee and was employed by James Valentine and Sons as a commercial illustrator.
He married and had two sons one of whom studied at the Dundee College of art.
Sweet died in Dundee on the 12th February 1943 aged 53.
His work is characterized by the use of soft pinks and greens as well as the more dominant light brown.