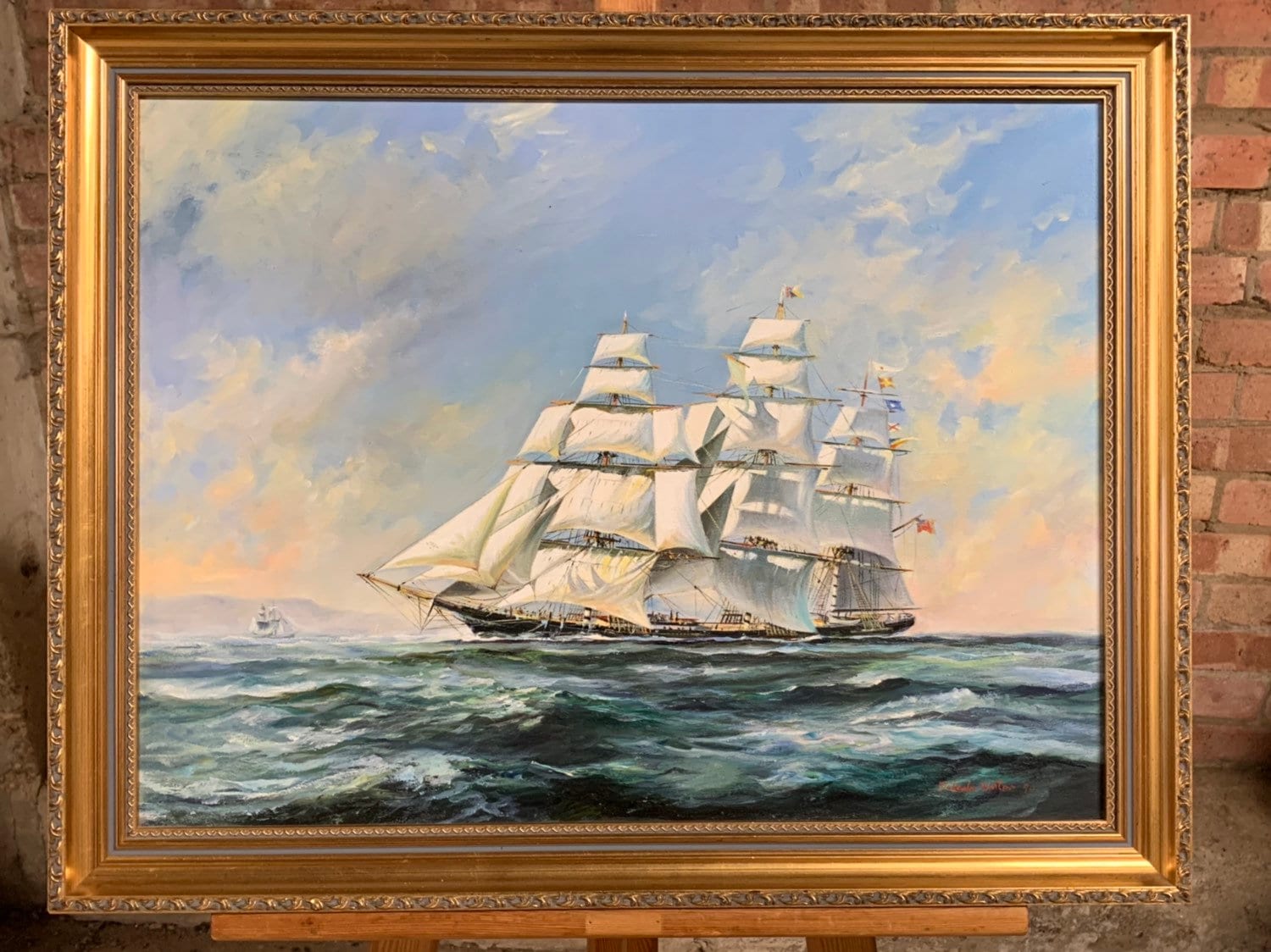 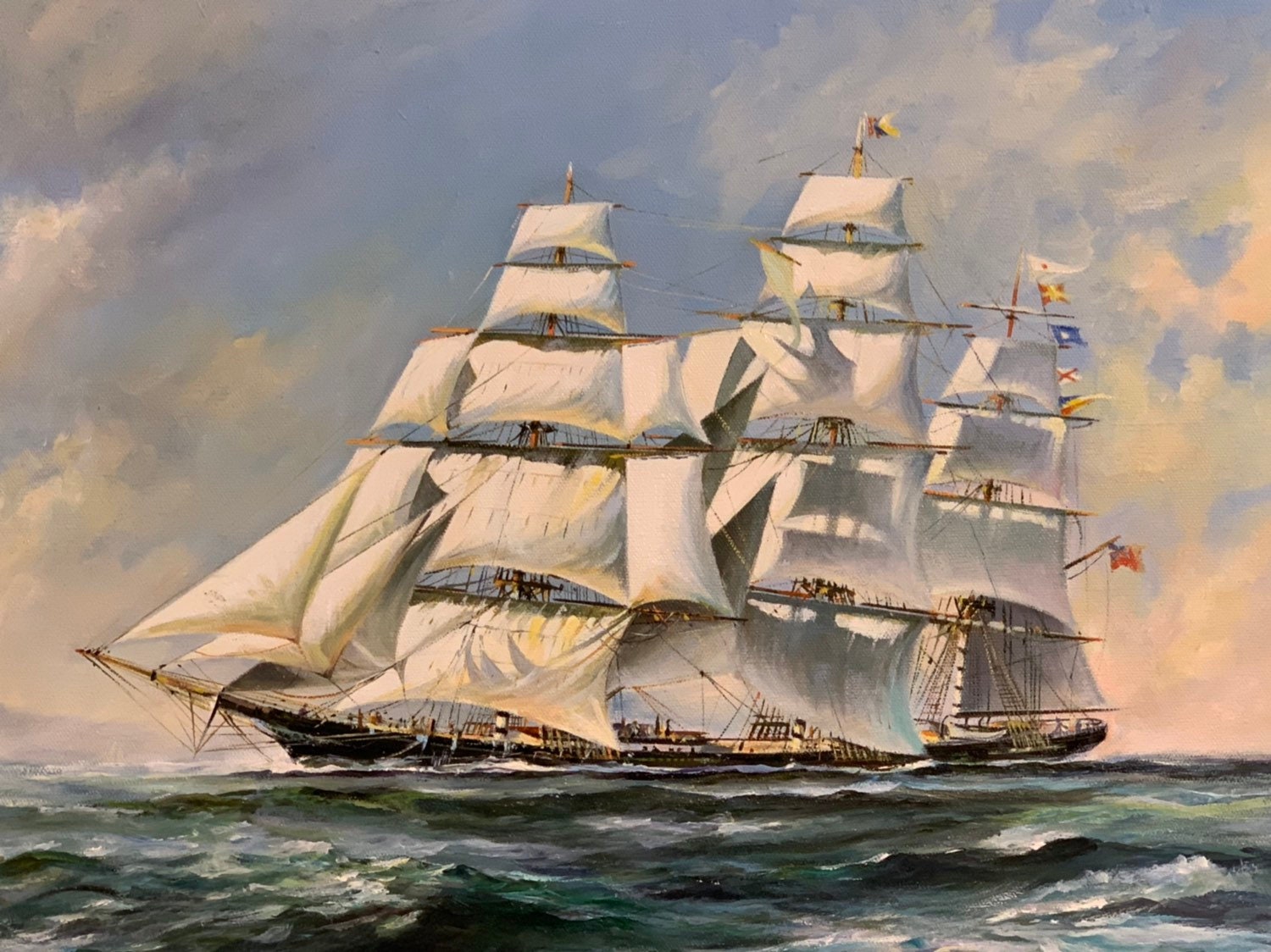 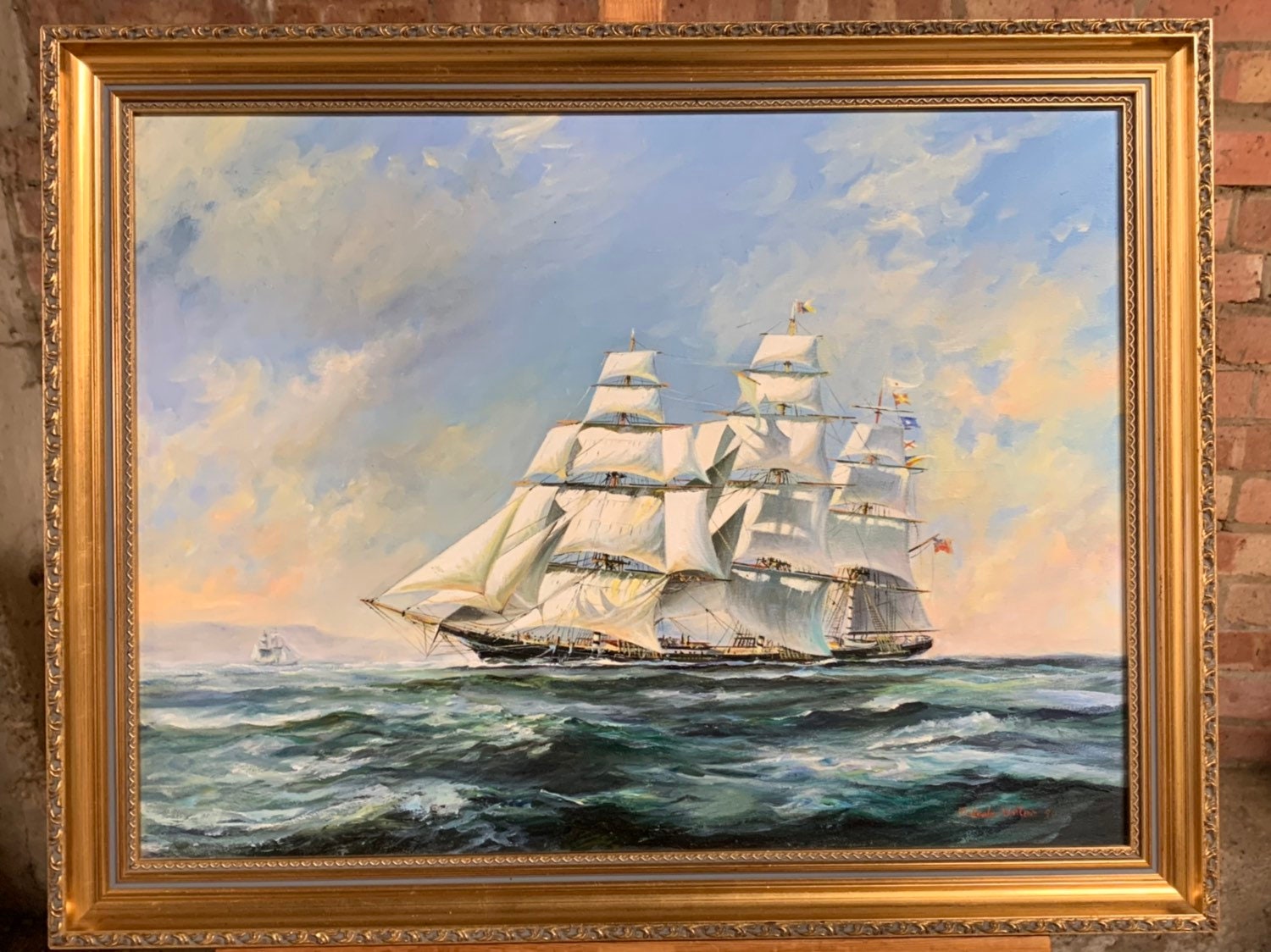 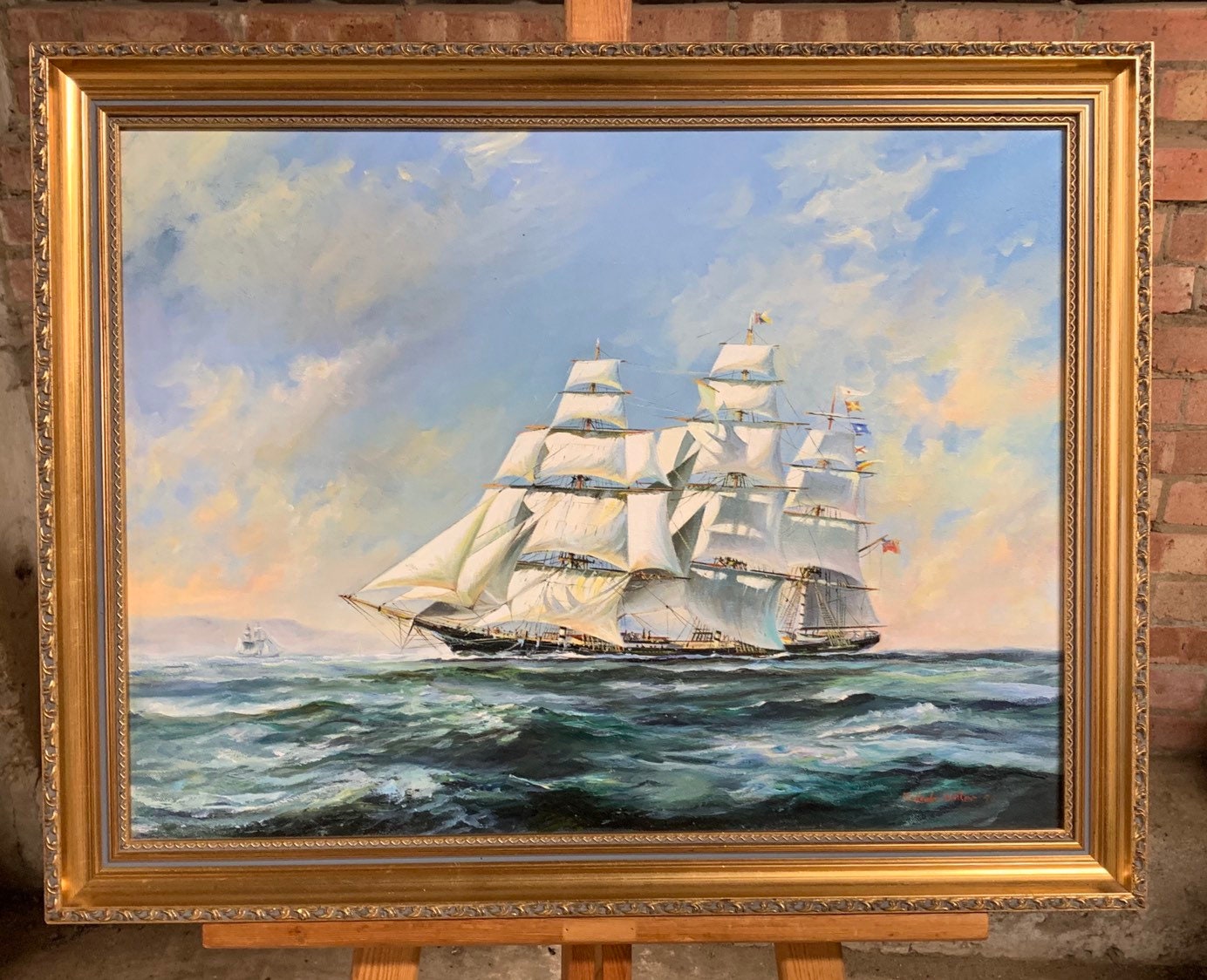 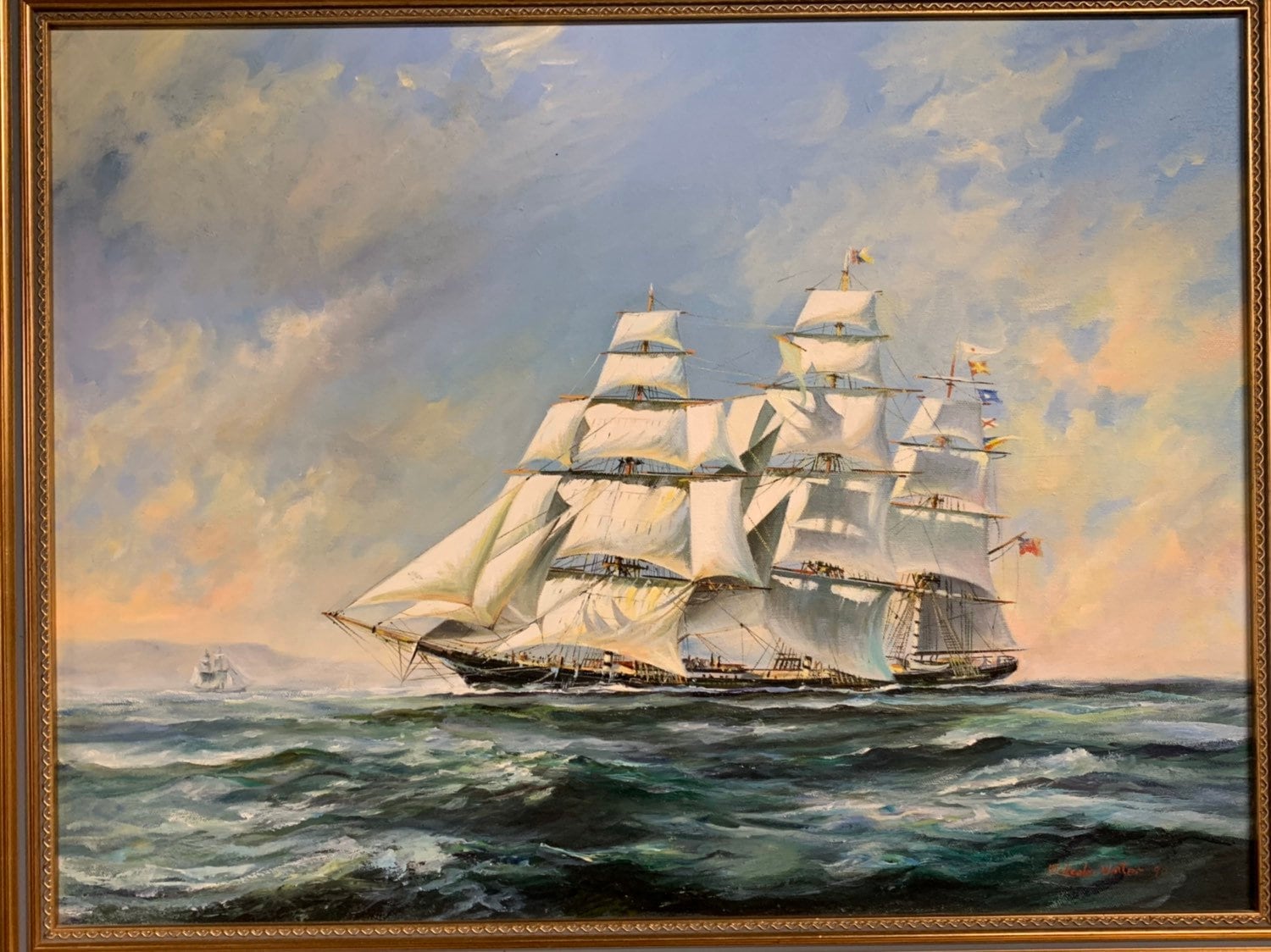 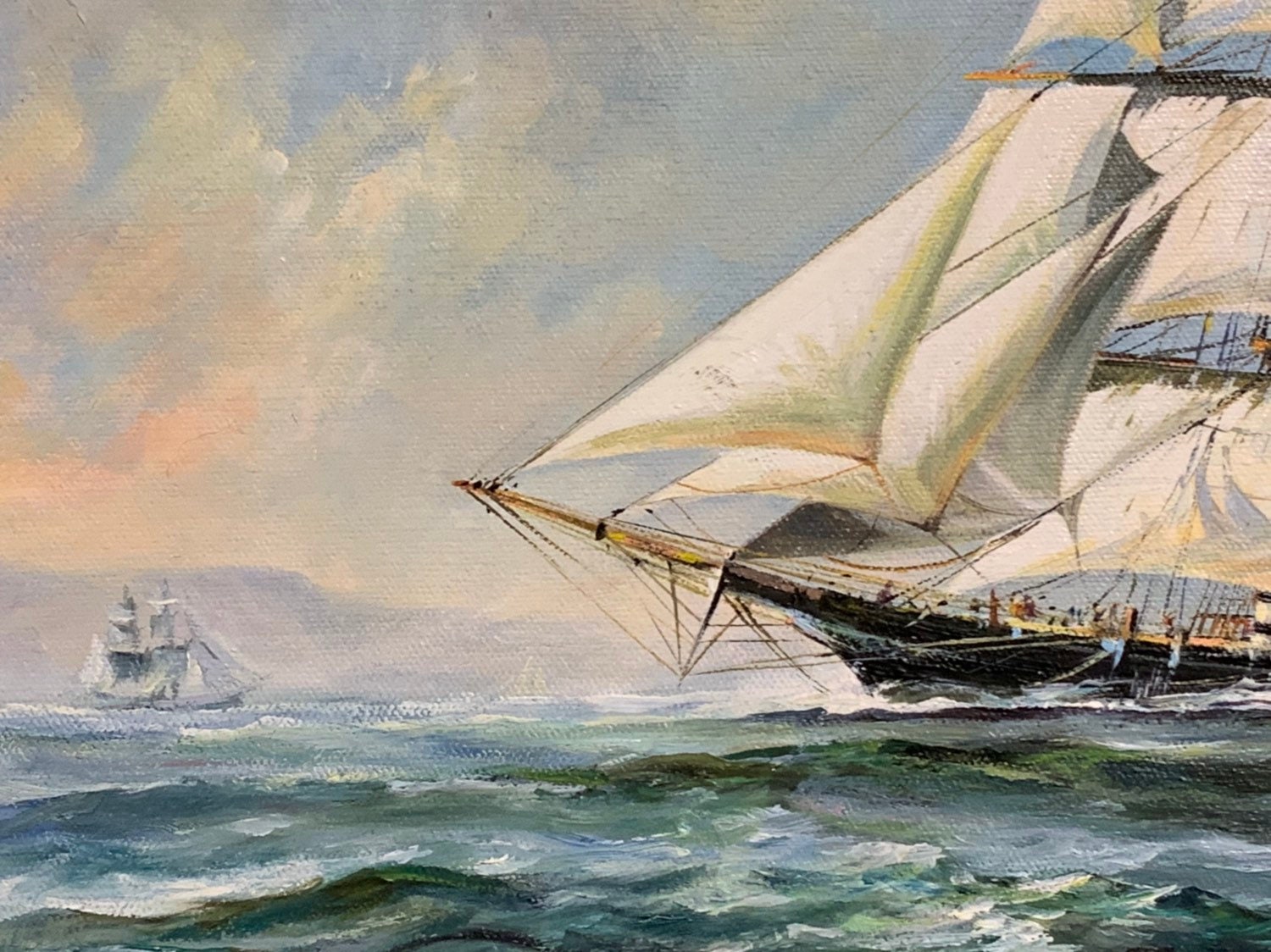 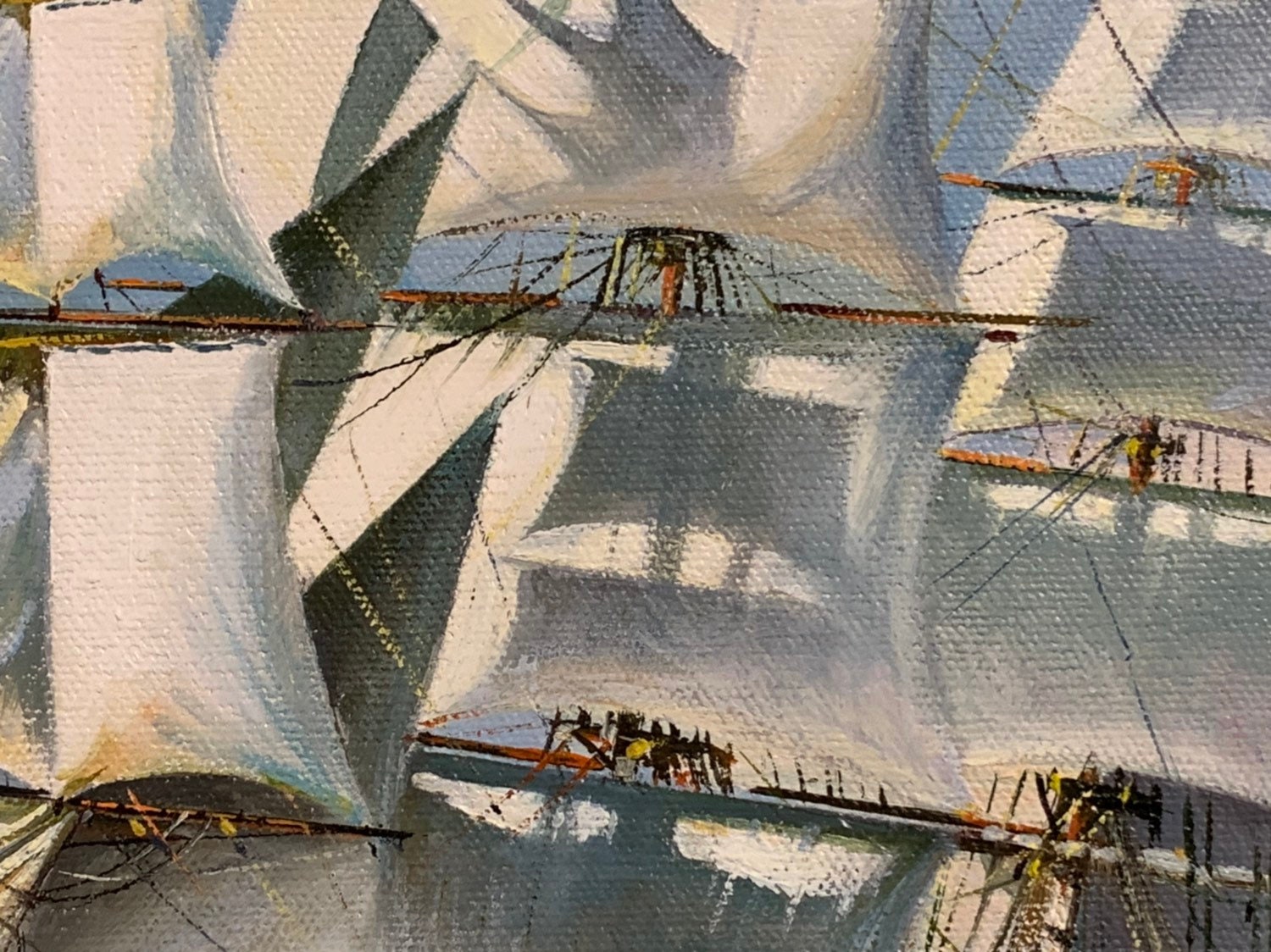 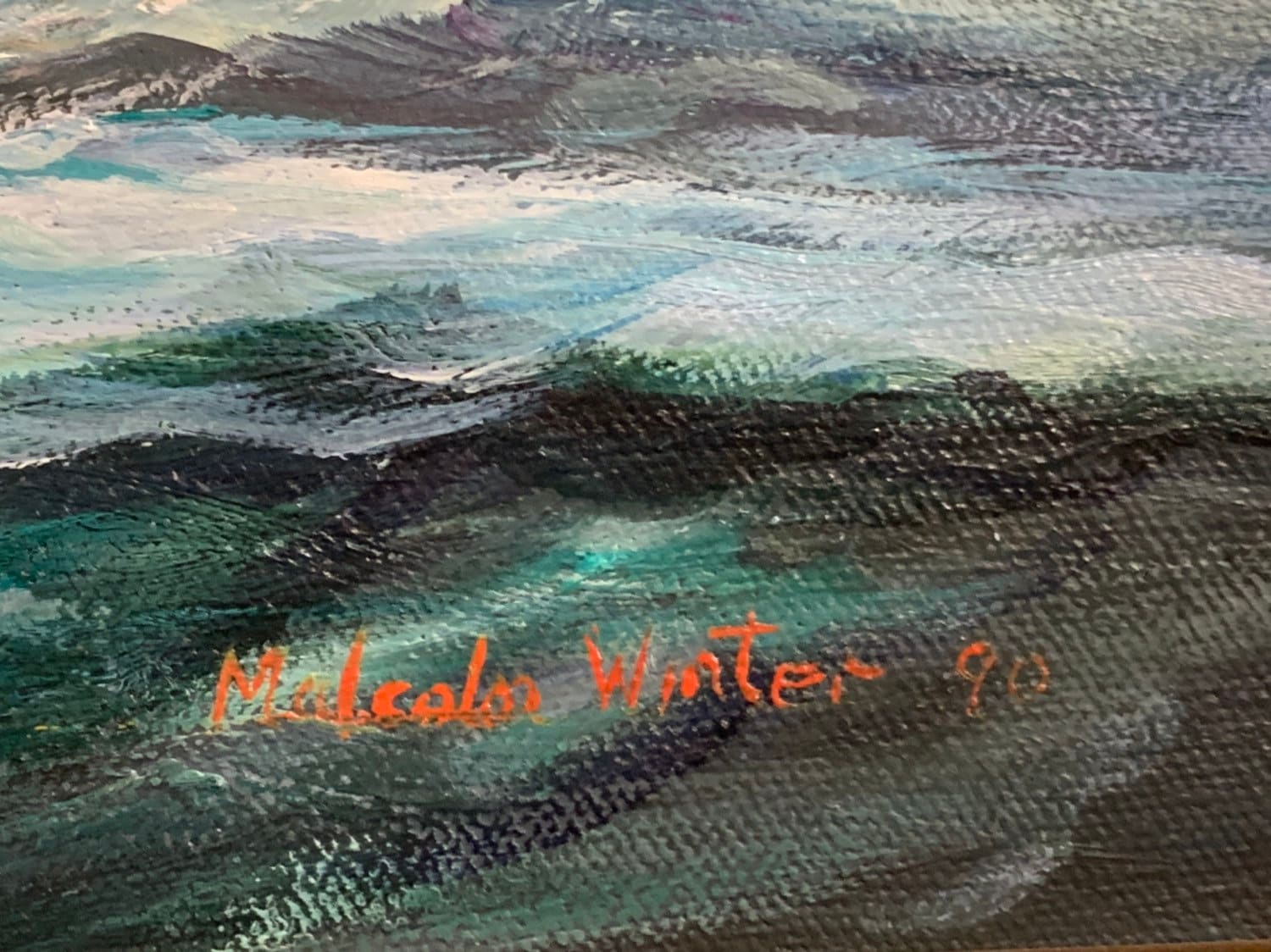 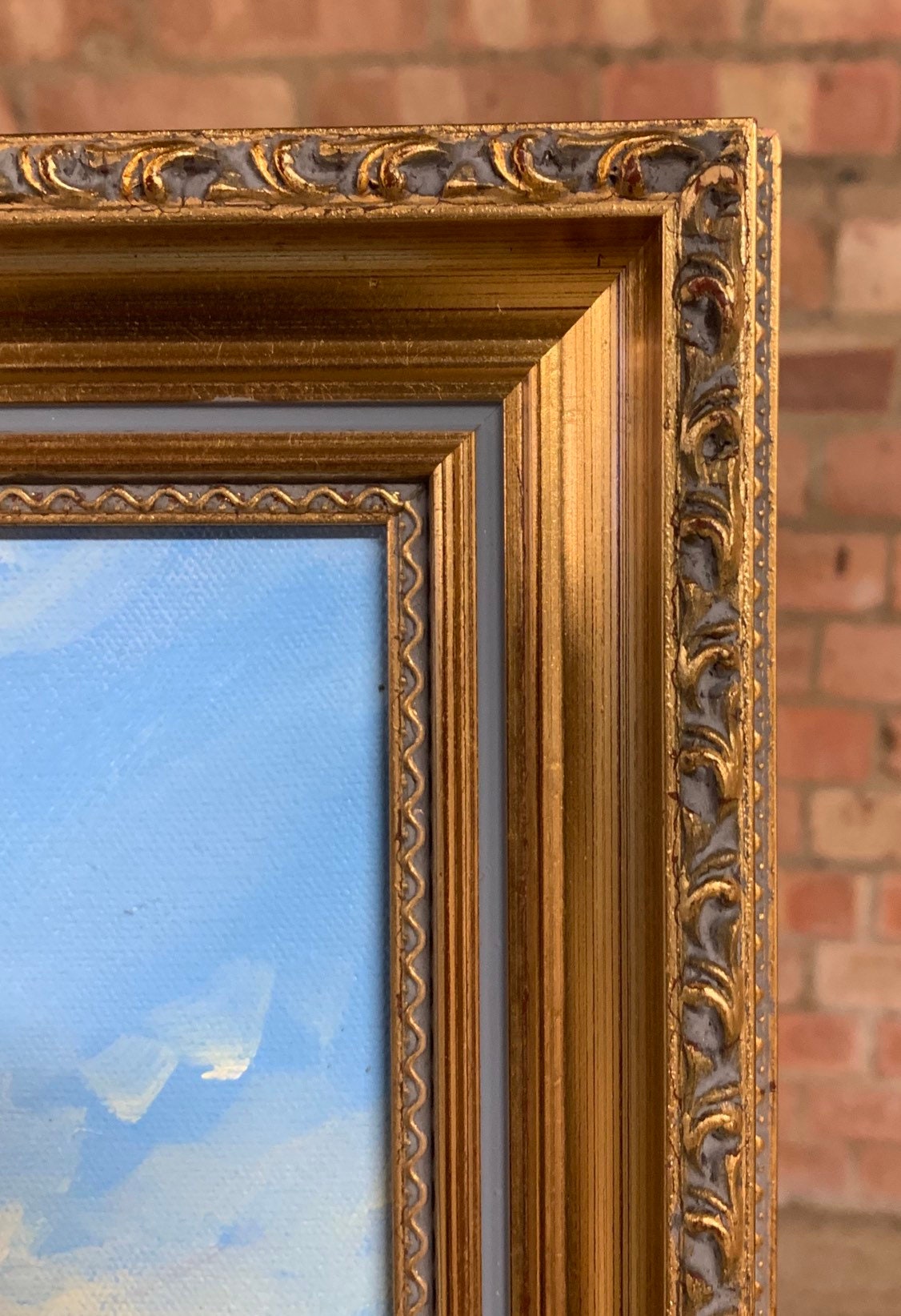 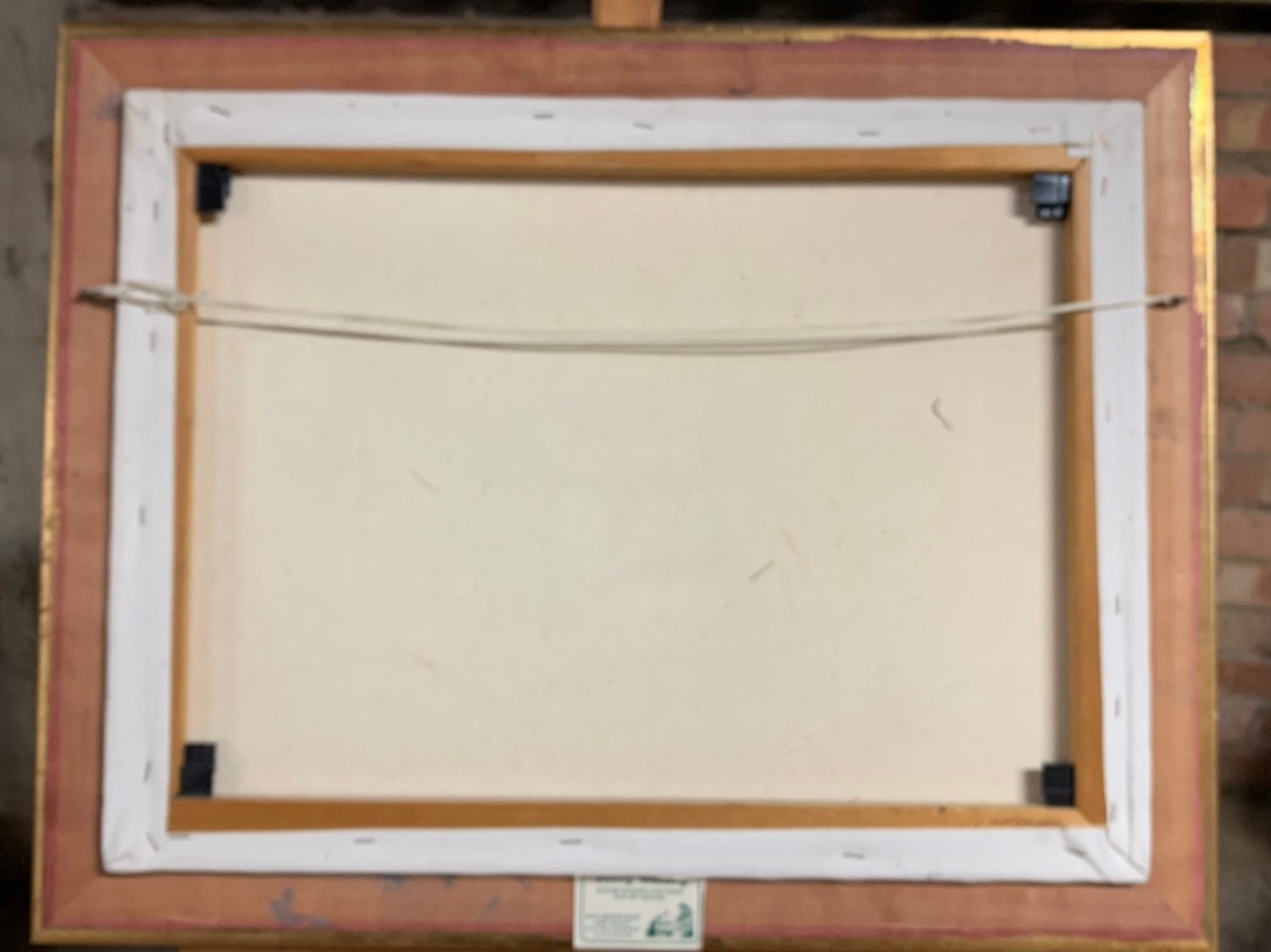 
Signed and dated 1990 by the artist lower right

Born in London in 1943 Malcolm Winter A G A v A is a talented artist specialising in marine and aviation subjects and coastal scenes.

Malcolm has been painting for as long as he can remember and credits his father for inspiring him. He recalls his dad, who had studied under John Linsey a founder of the Wapping Group of Artists, giving him invaluable tuition in the evening at home, during his formative years.

Diverse career path
In the late 1950s he was an apprentice signwriter for a brewery. As he had always wanted to be a soldier he then joined the 1st Parachute Battalion and saw twelve years service around the world.
After demob his life followed a varied and interesting course. Malcolm has undertaken specialised demolition work and seen duties on oil rigs.

At one stage he was an industrial diamond cutter before forming his own demolition company. Throughout his working life he maintained his interest in painting however and often worked on paintings commissioned by international companies such as Mobil Oil.

St Helens studio
Just after the Millennium he moved to the Isle of Wight with his wife Sharon where he set up a studio in St Helens where he produces all his artwork.
One of his oil paintings ‘Rescue of the Astral’ off Bembridge Ledge raised valuable funds for the RNLI whilst a study of the ‘Solent Queen’ depicts the paddle steamer off Cowes in the 1950s.

Associate of the Guild of Aviation Artists
His aviation related output of subjects such as Spitfires and wartime action are much appreciated. His eye for detail resulted in him being honoured as an Associate of the Guild of Aviation Artists (A G A v A) of which he is rightly proud.
Island venues are often busy when he tutors budding artists to gain important skills in ‘life’ studies.