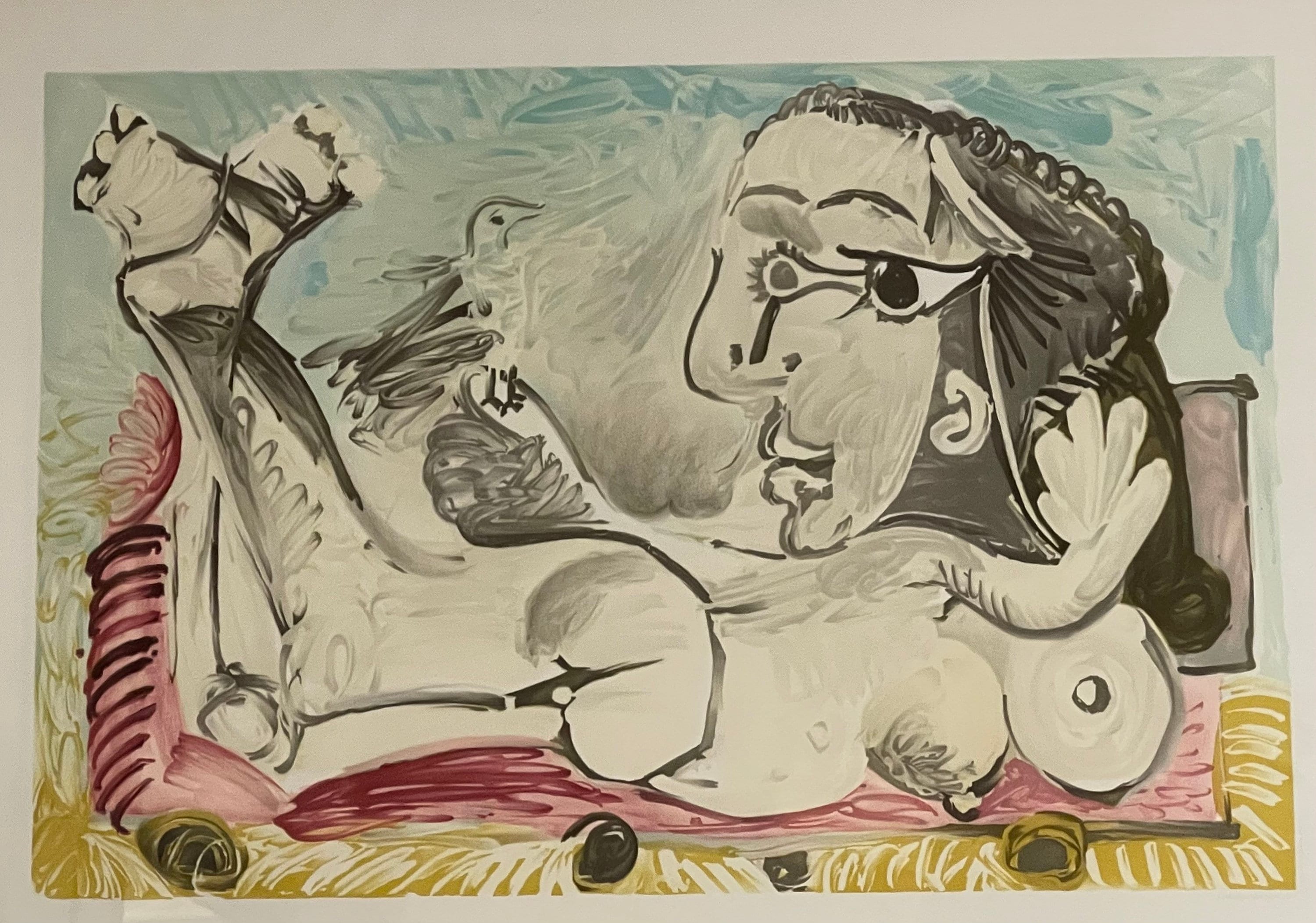 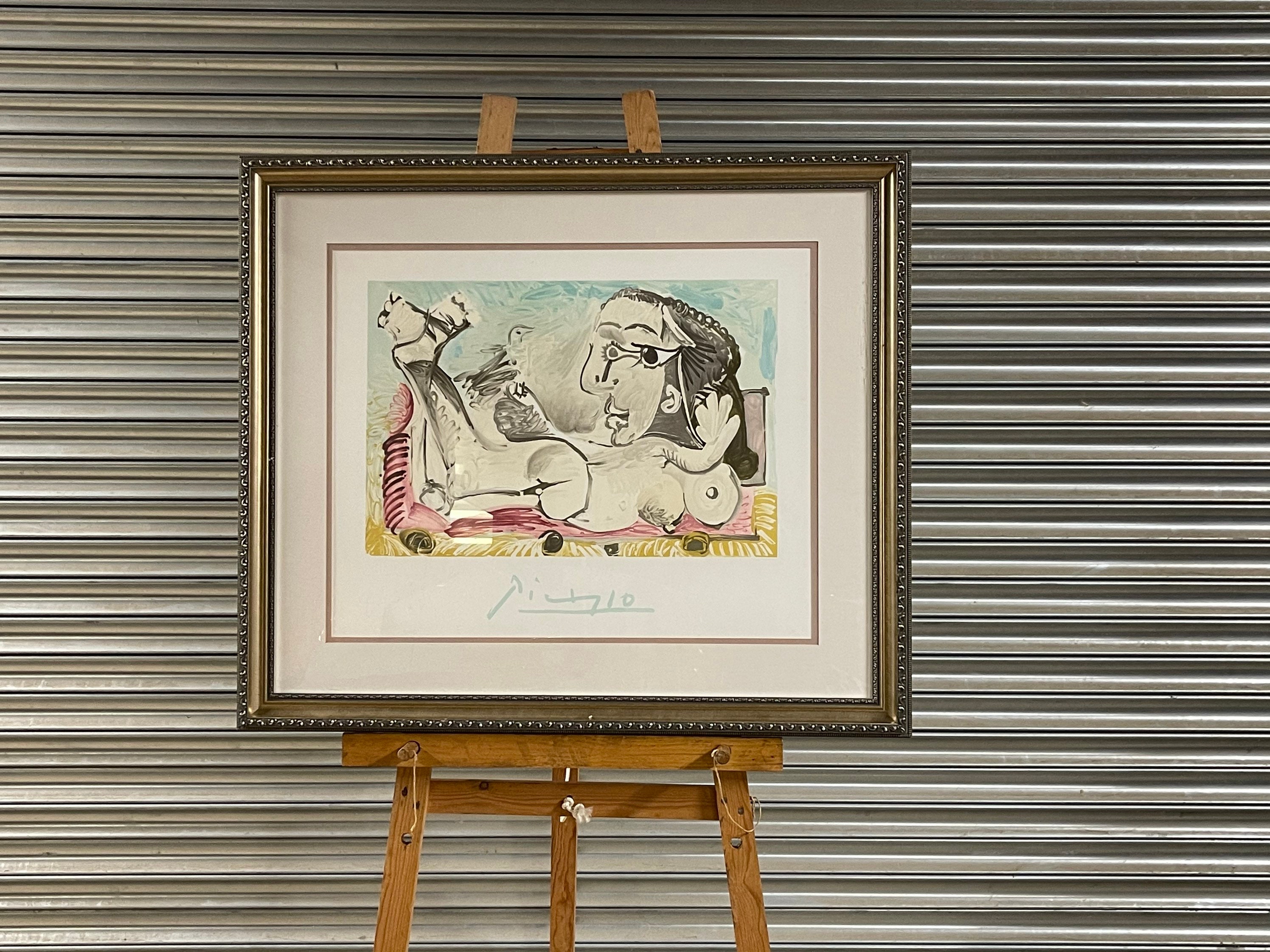 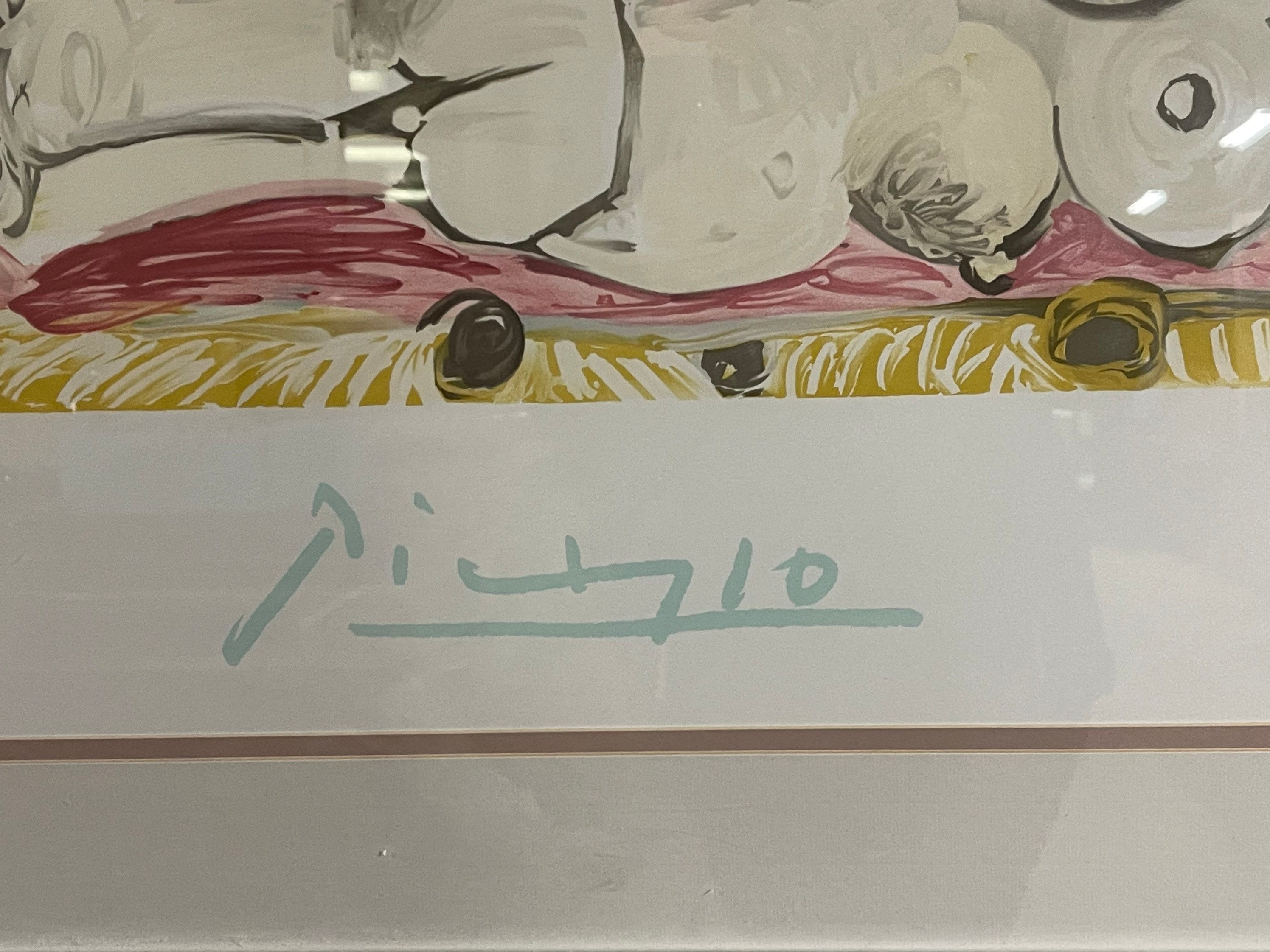 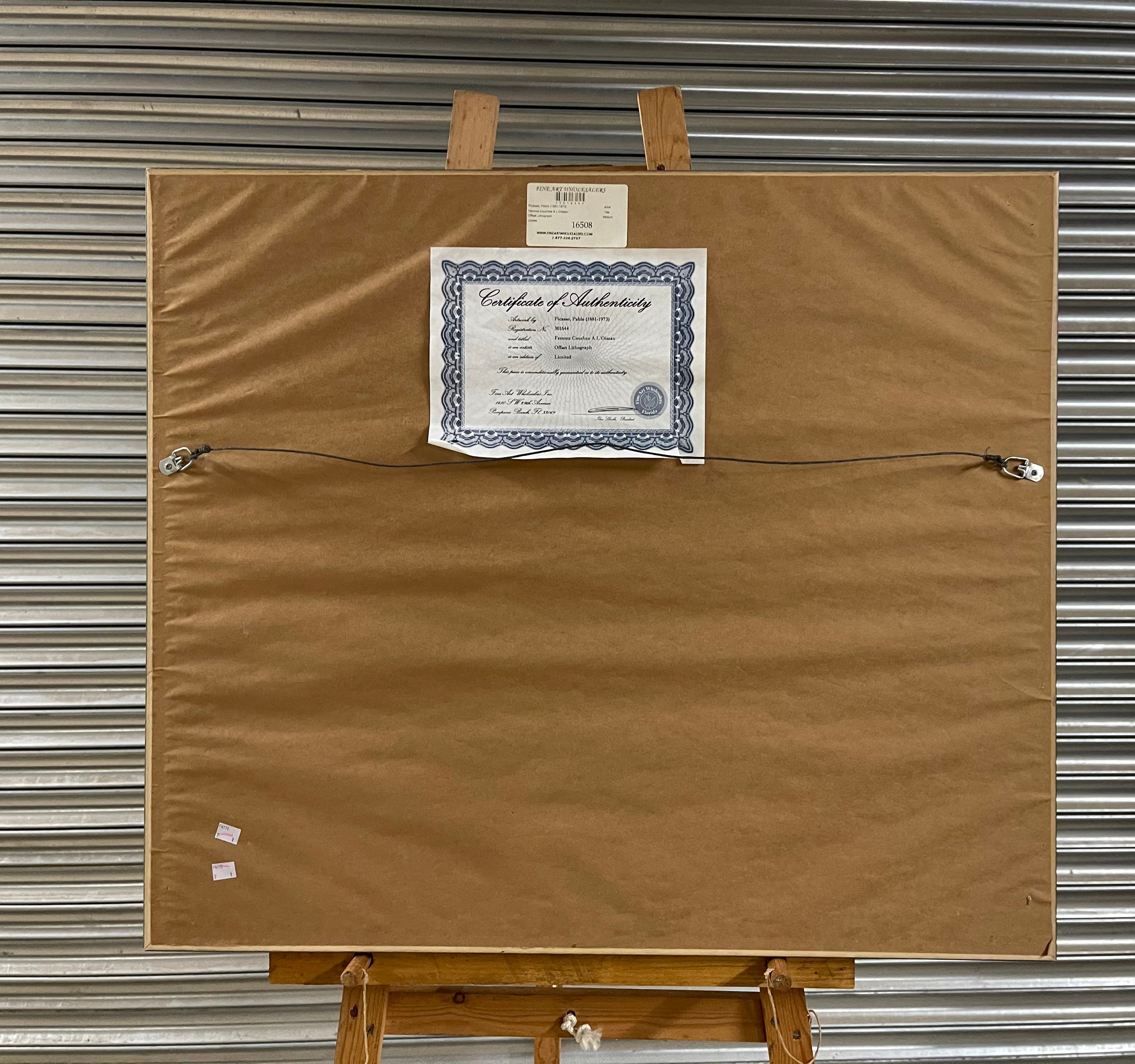 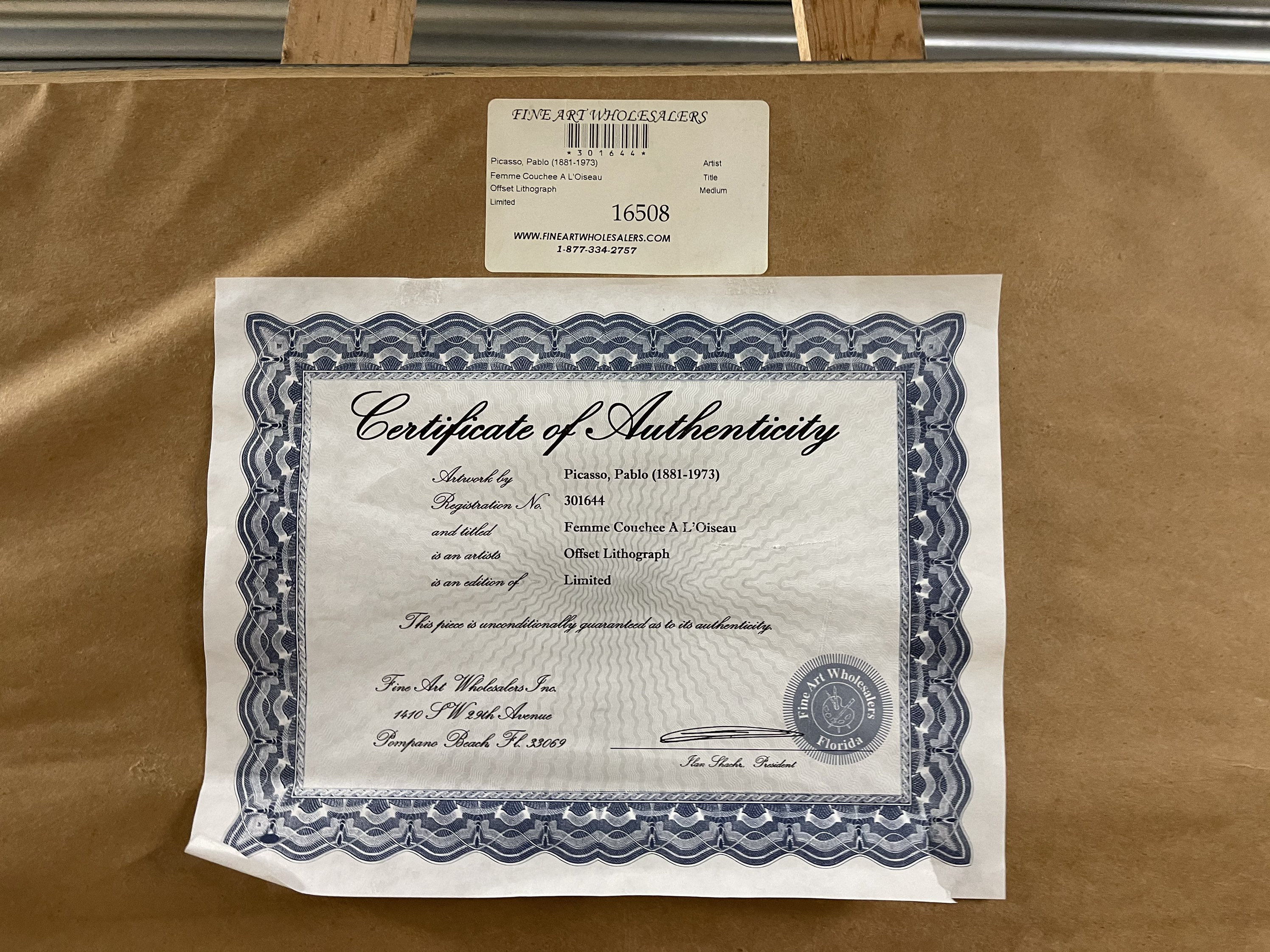 
Comes with a Certificate of Authenticity from the Fine Art Wholesales, Florida


Pablo Picasso is probably the most important figure of the 20th century, in terms of art, and art movements that occurred over this period. Before the age of 50, the Spanish born artist had become the most well-known name in modern art, with the most distinct style and eye for artistic creation. There had been no other artists, prior to Picasso, who had such an impact on the art world, or had a mass following of fans and critics alike, as he did.

Pablo Picasso was born in Spain in 1881, and was raised there before going on to spend most of his adult life working as an artist in France. Throughout the long course of his career, he created more than 20,000 paintings, drawings, sculptures, ceramics and other items such as costumes and theater sets. He is universally renowned as one of the most influential and celebrated artists of the twentieth century.

Picasso’s ability to produce works in an astonishing range of styles made him well respected during his own lifetime. After his death in 1973 his value as an artist and inspiration to other artists has only grown. He is without a doubt destined to permanently etch himself into the fabric of humanity as one of the greatest artists of all time.