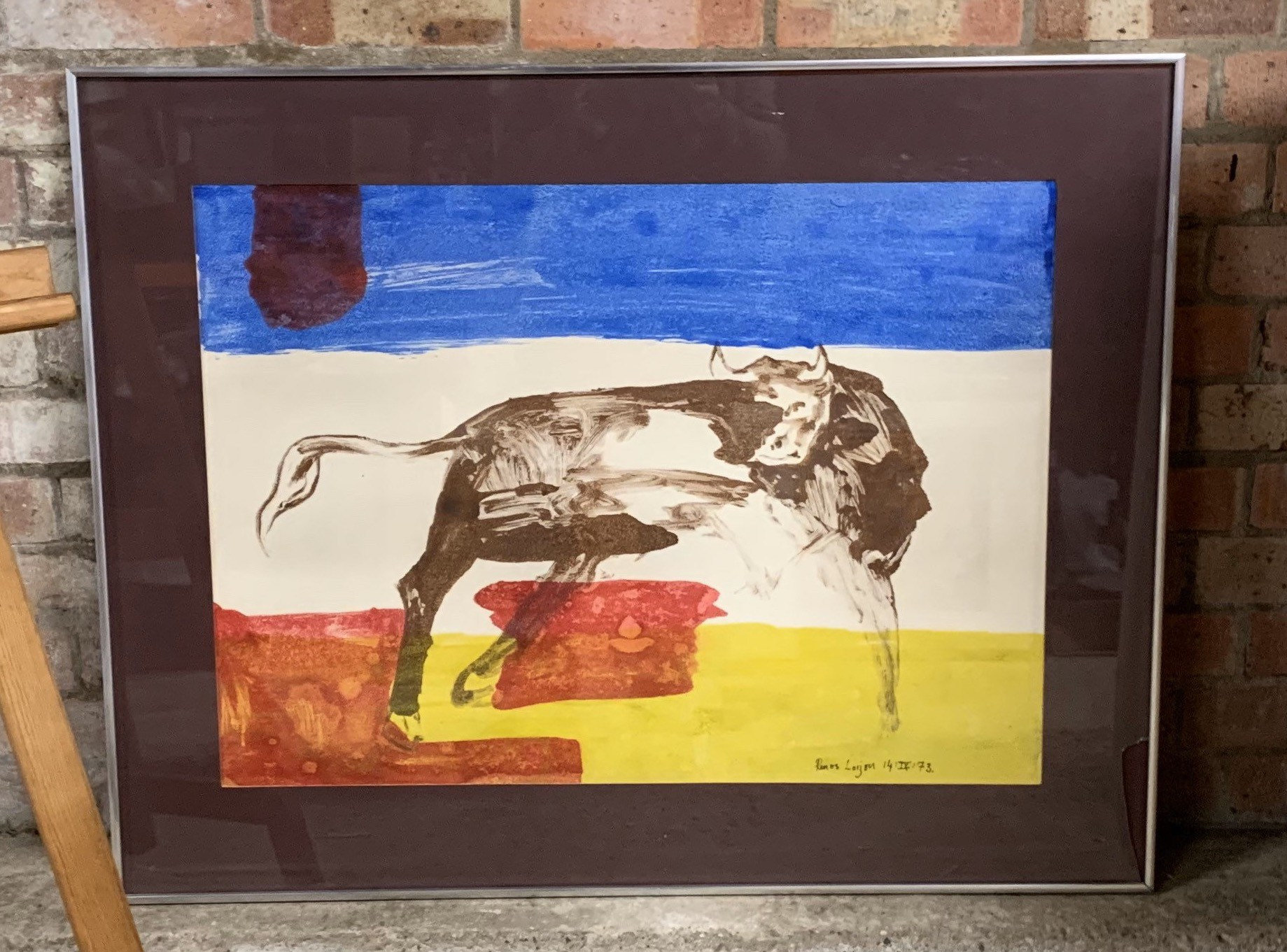 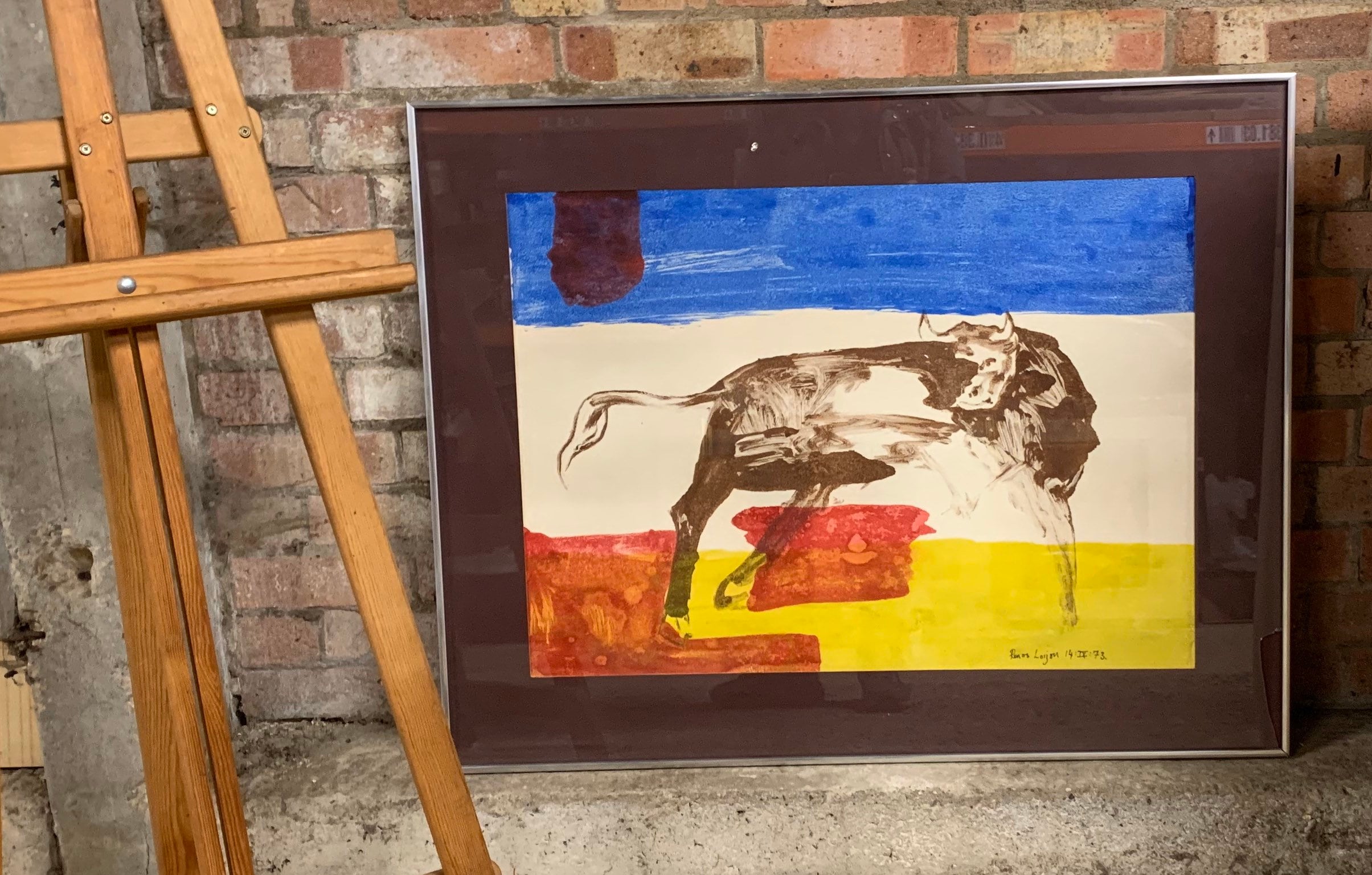 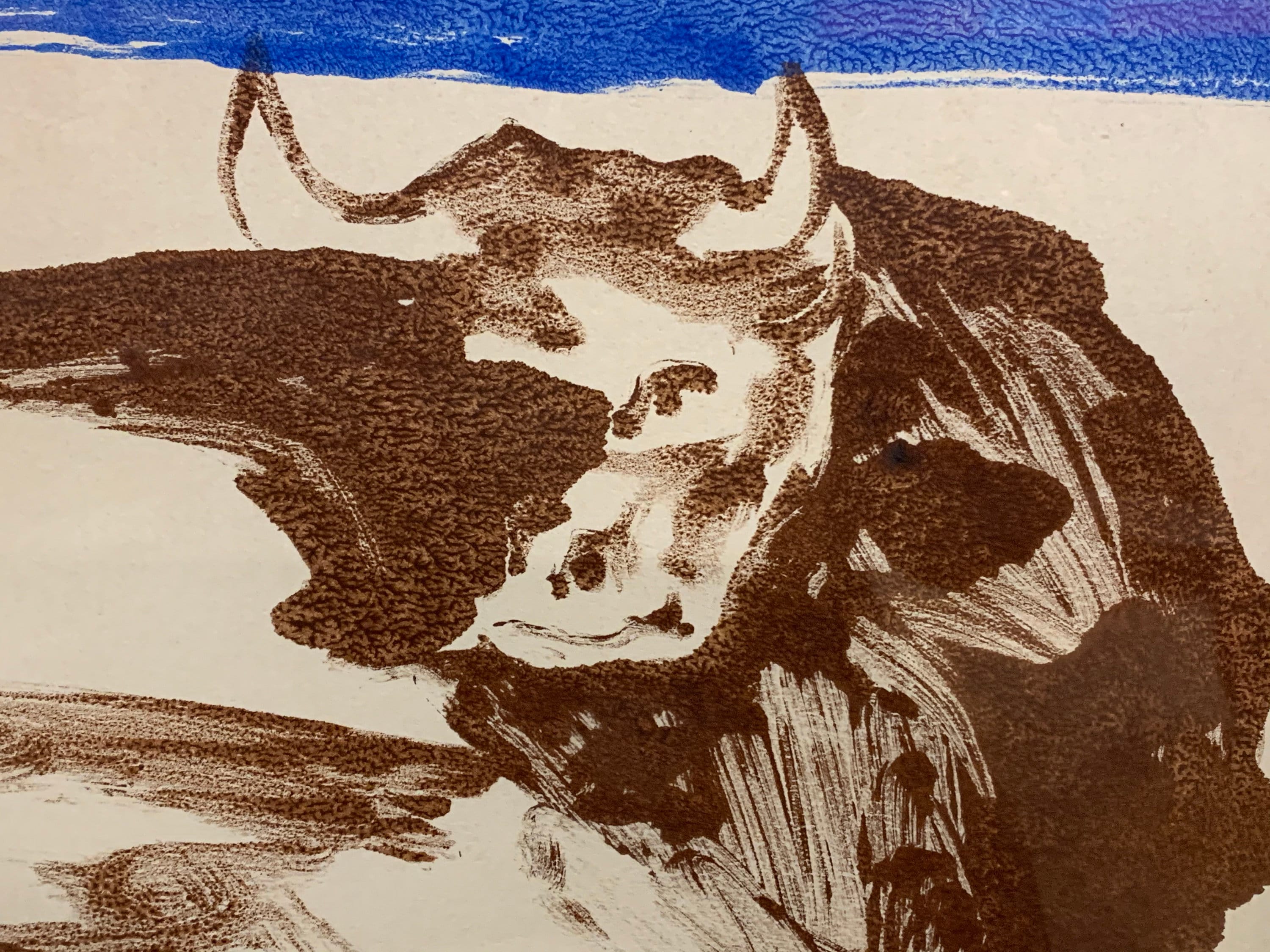 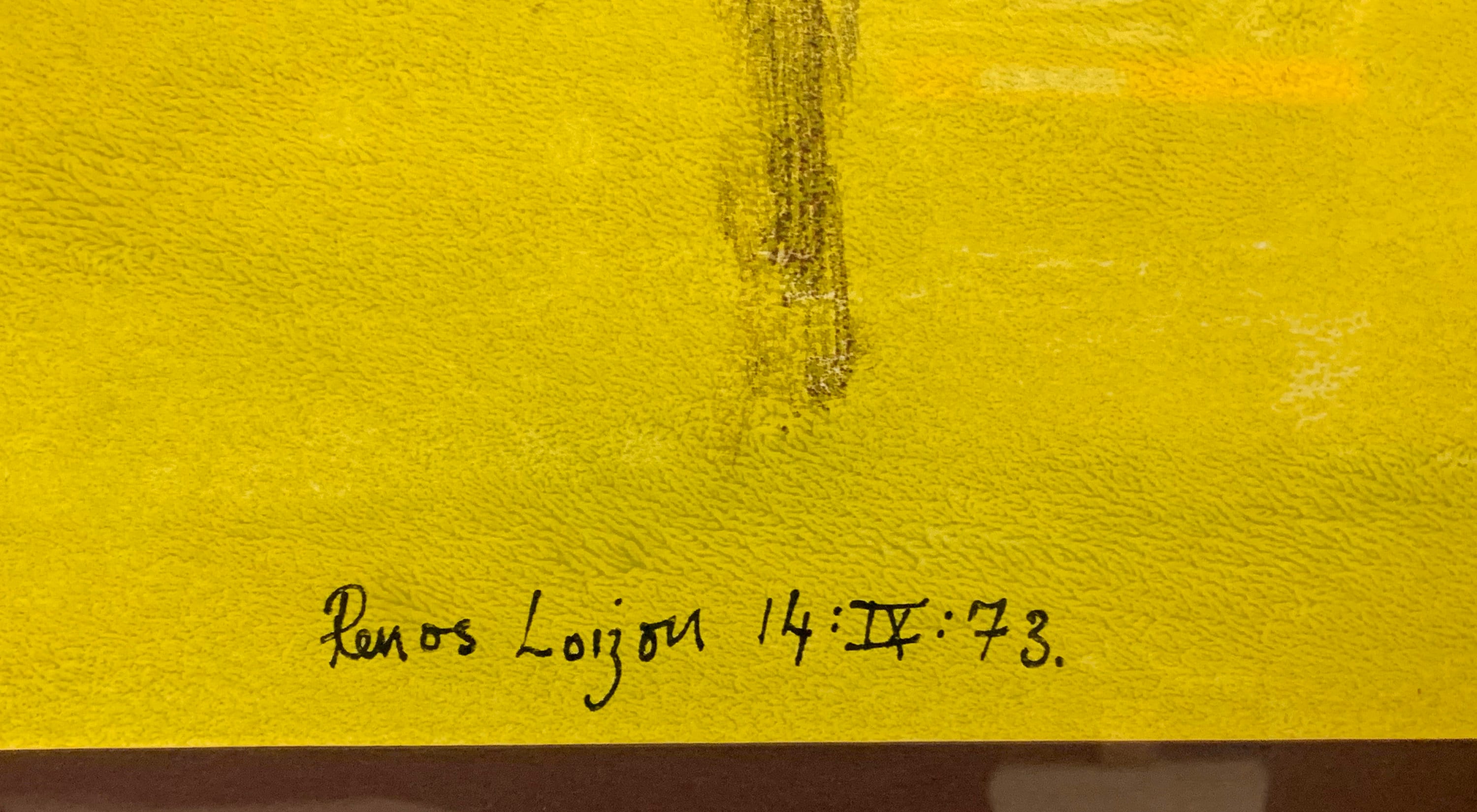 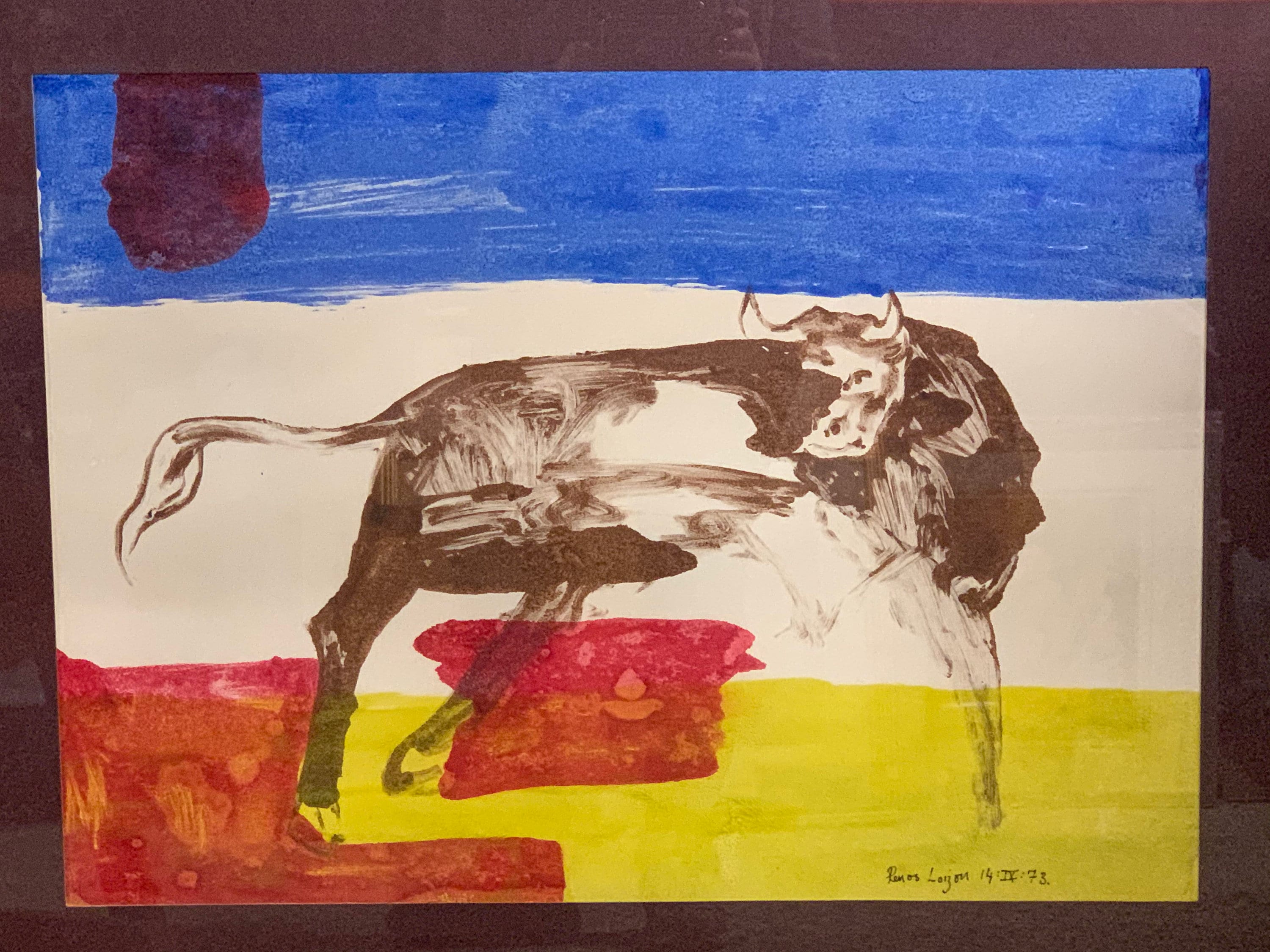 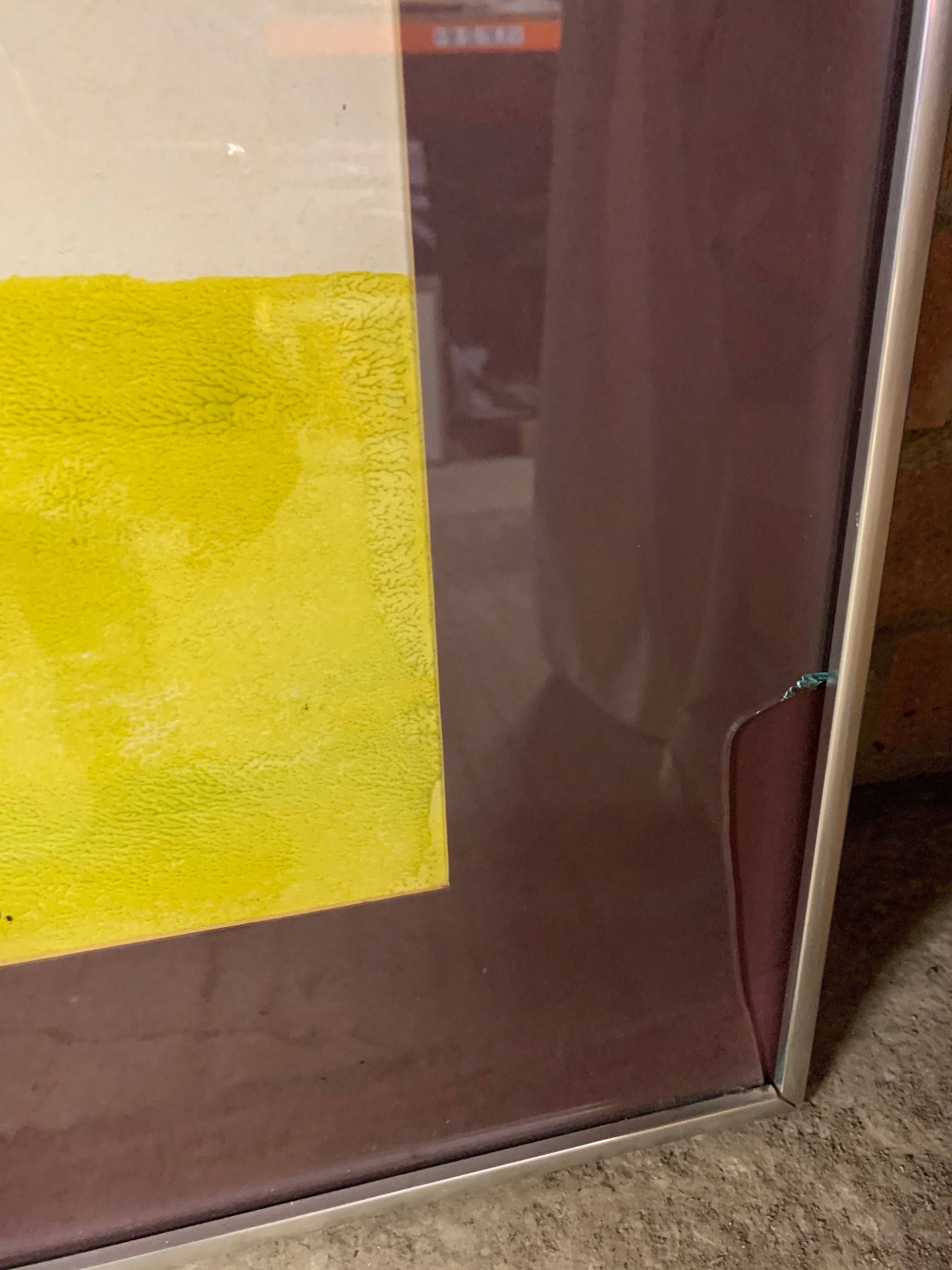 
Depicts a bull against the colours of a Spanish flag

Further information about the artist -

Renos Loizou was born in Paleometochon near Nicosia, Cyprus. In 1955 he moved to London. He was educated in London and Cambridge, and in 1963 he was awarded a scholarship to study at The Cambridge College of Art.

In 1965 he travelled to Spain, Italy and Greece and begun a series of drawings and paintings. In 1969 he had his first solo exhibition in Cambridge where Jim Ede bought three of his works which was added to the famous Kettles Yard Collection. Jim Ede of Kettles Yard, Cambridge was to remain one of his greatest patrons.