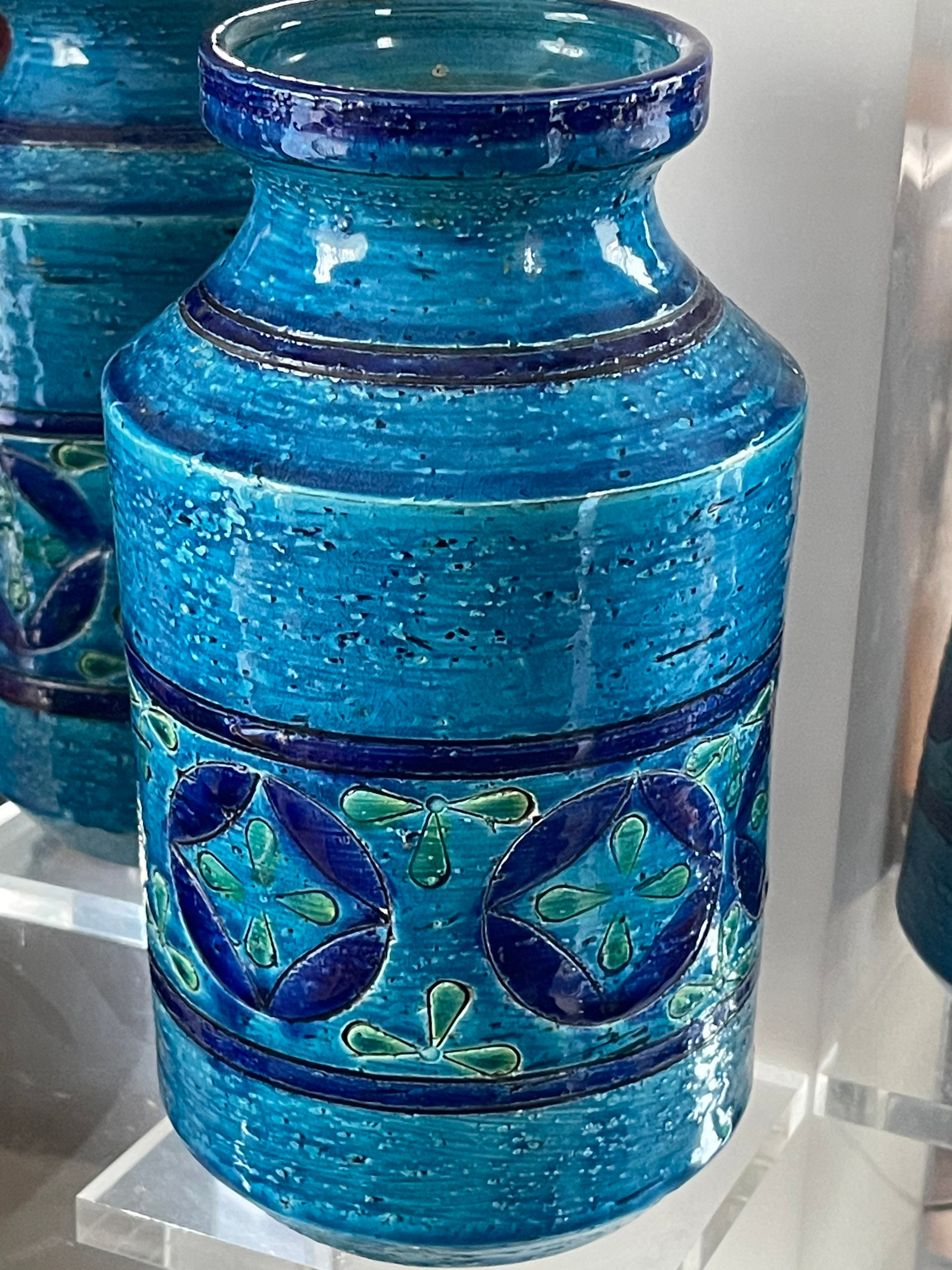 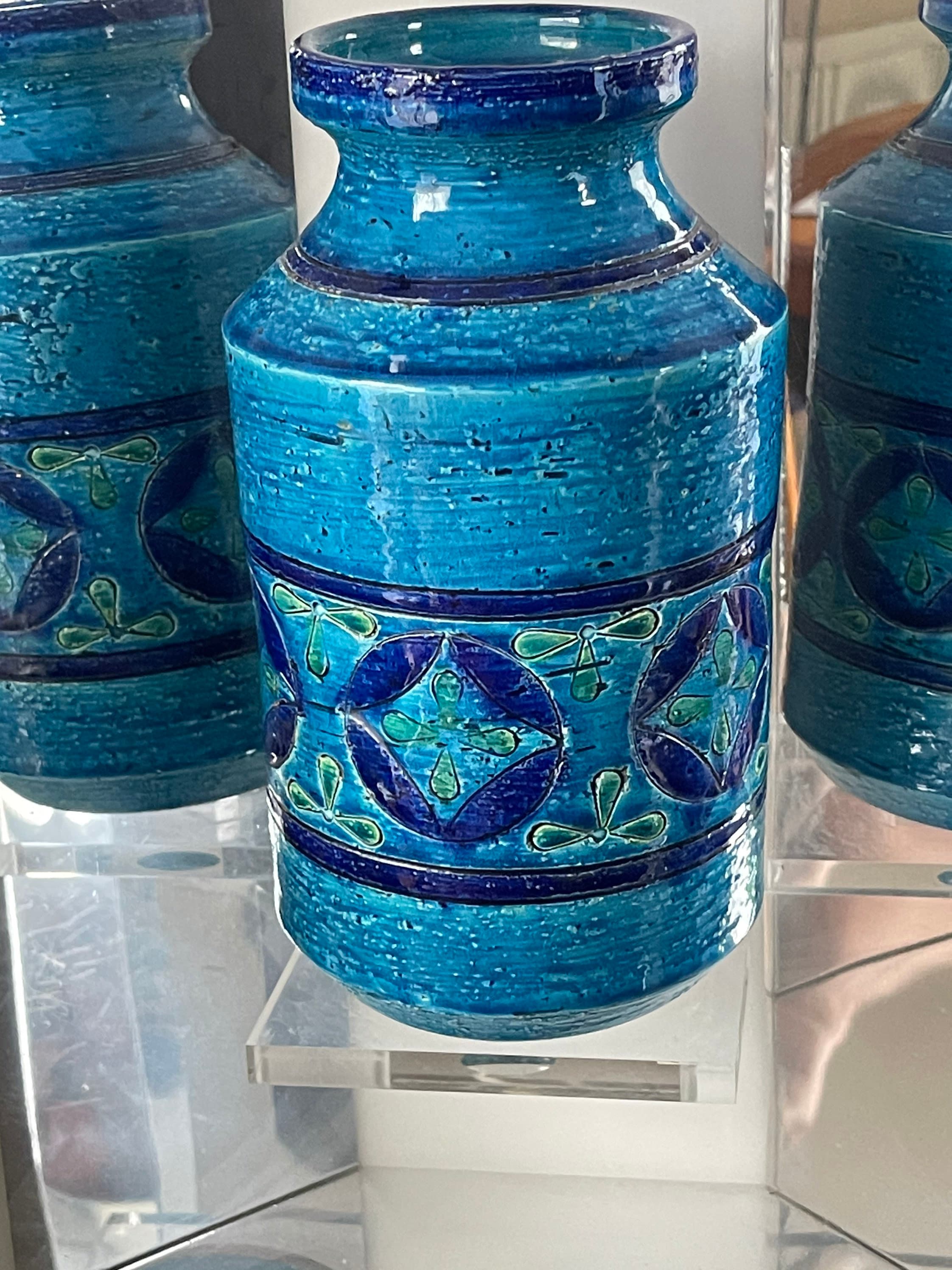 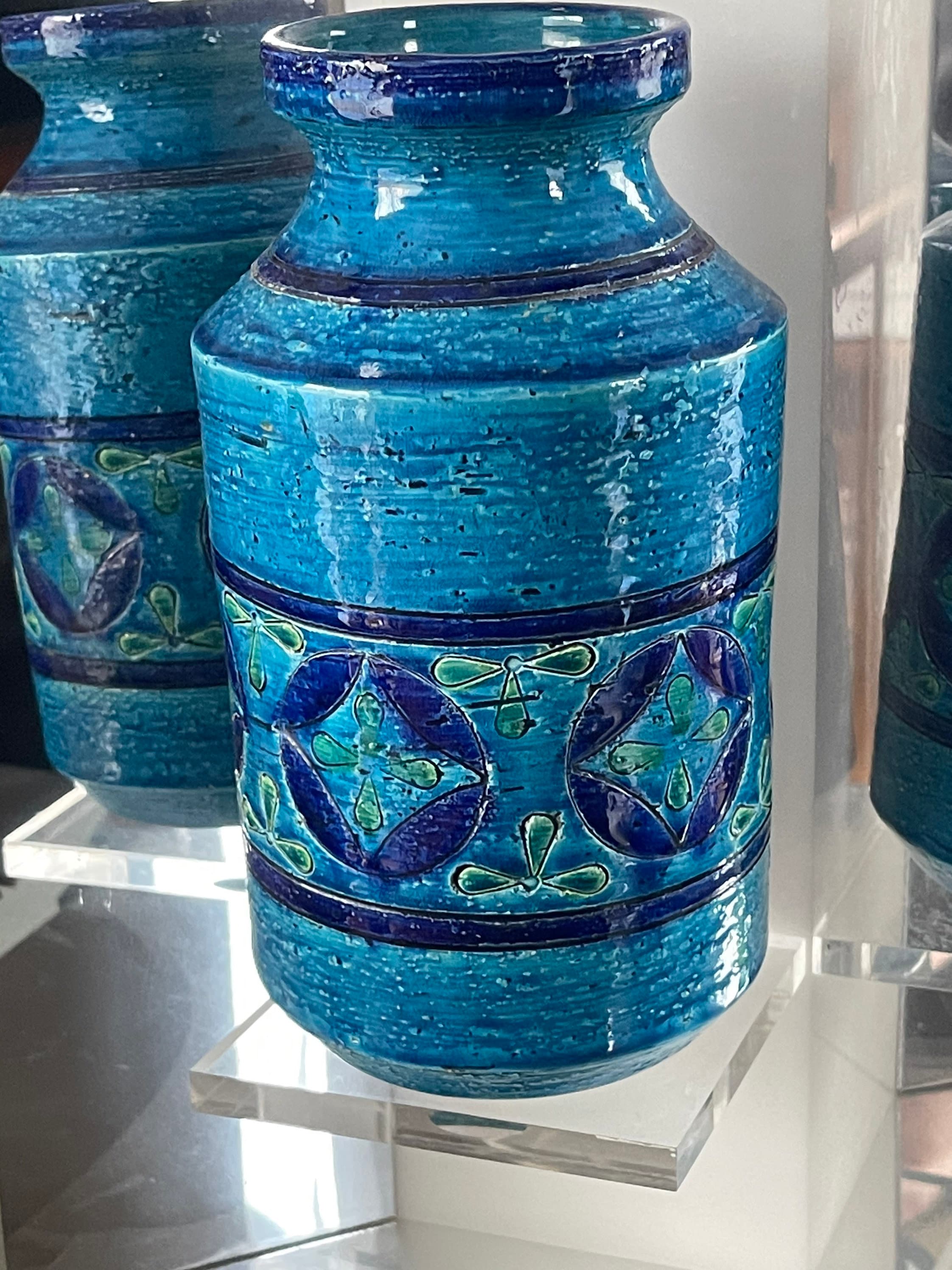 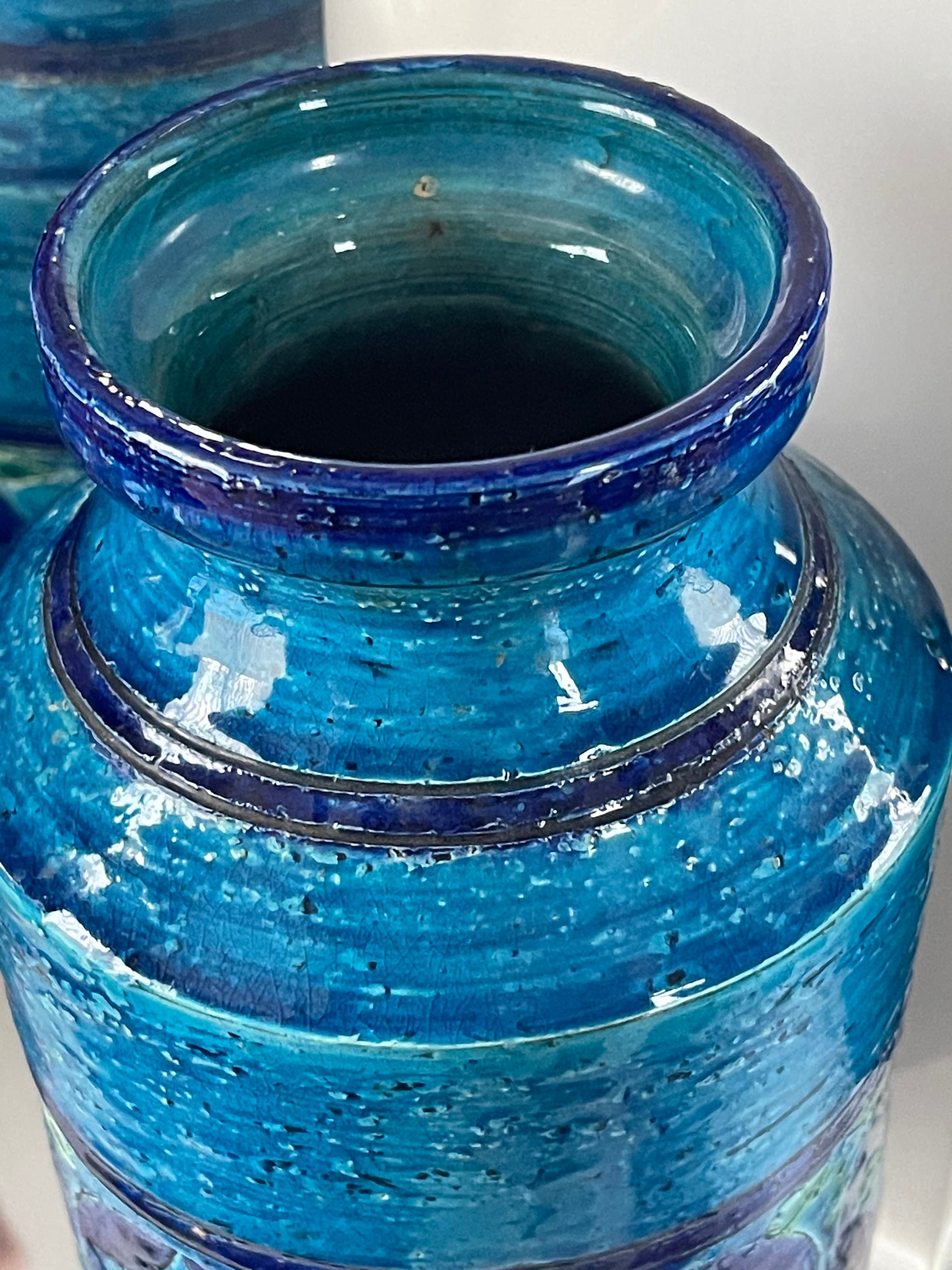 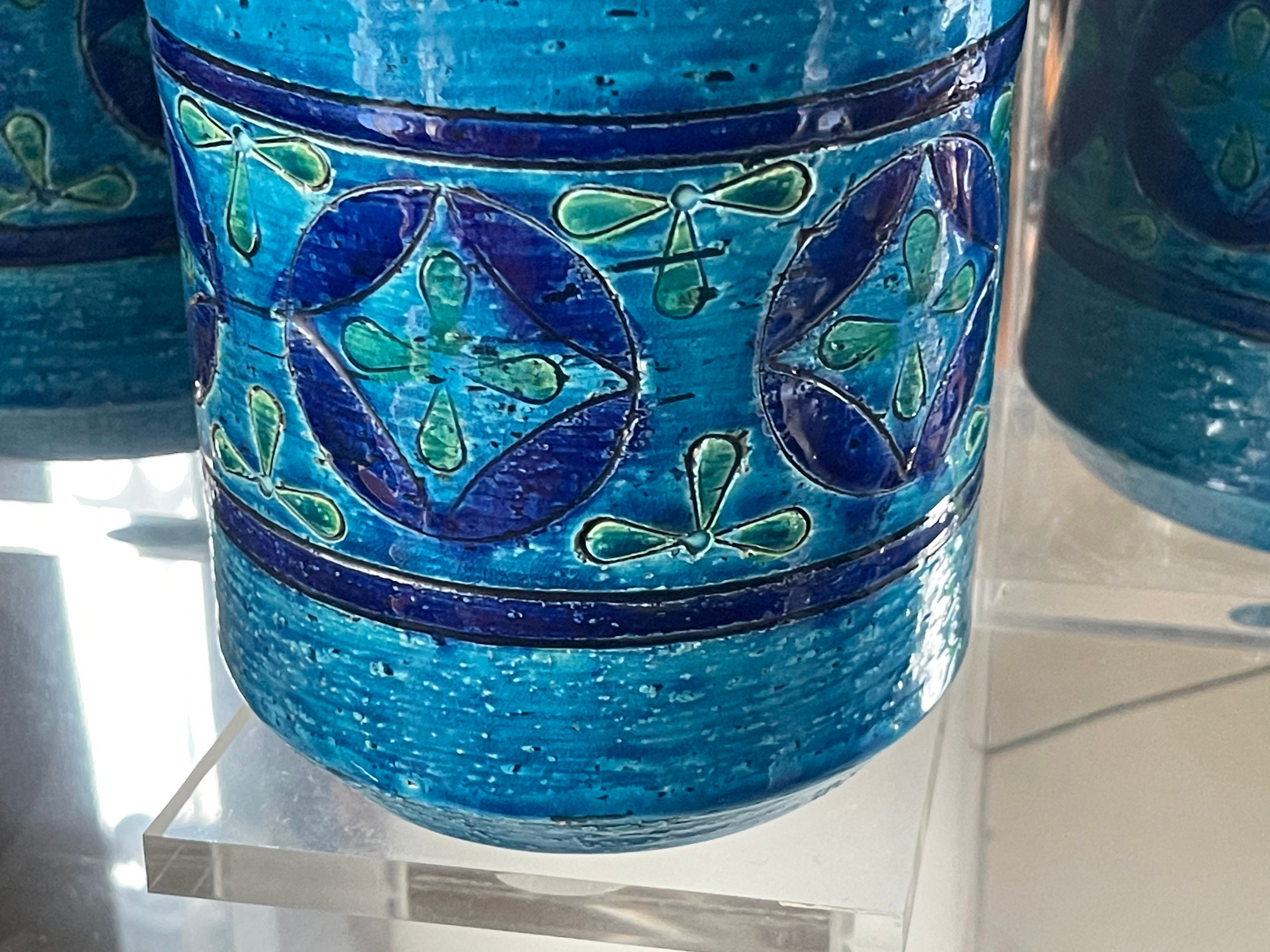 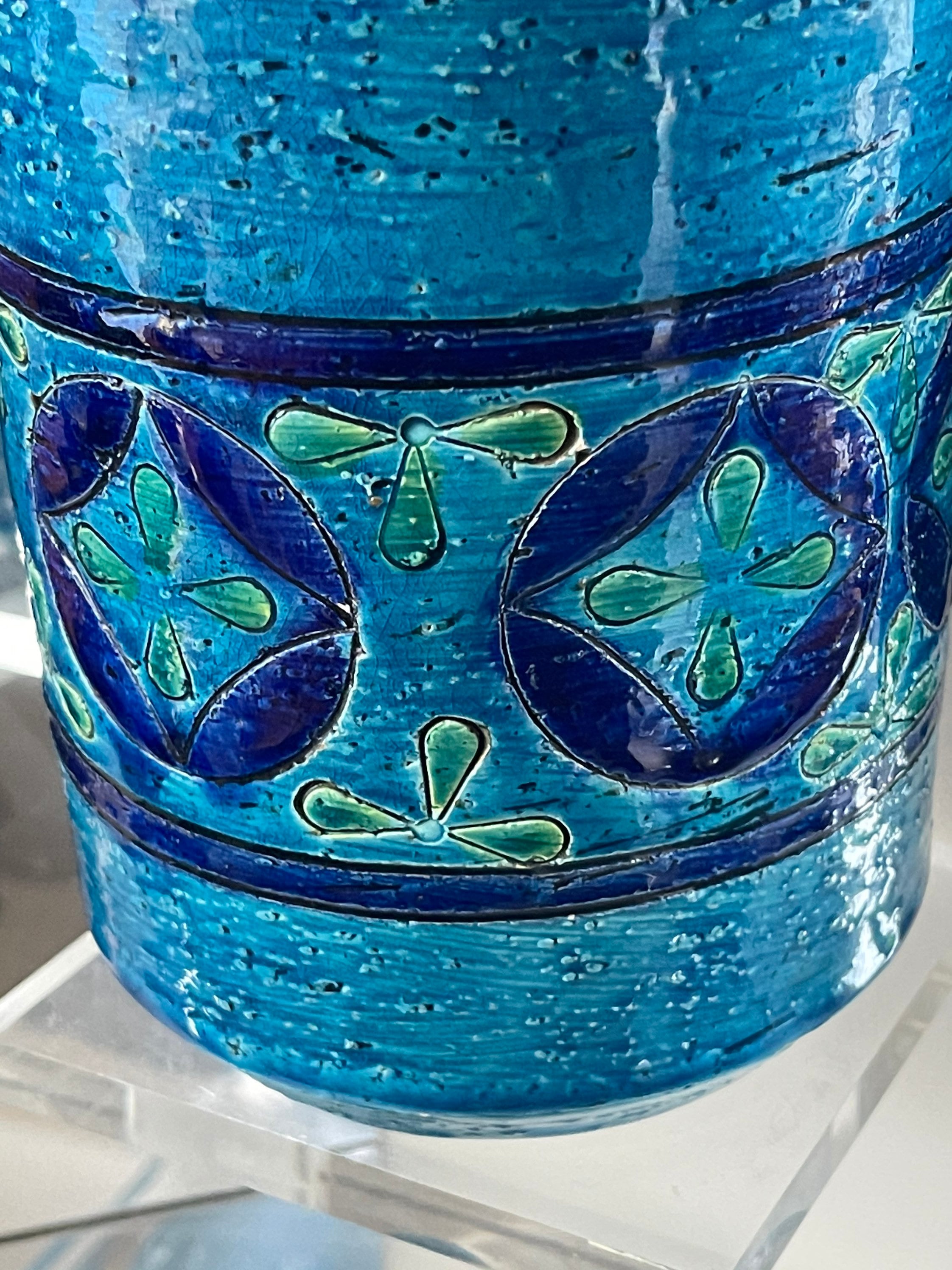 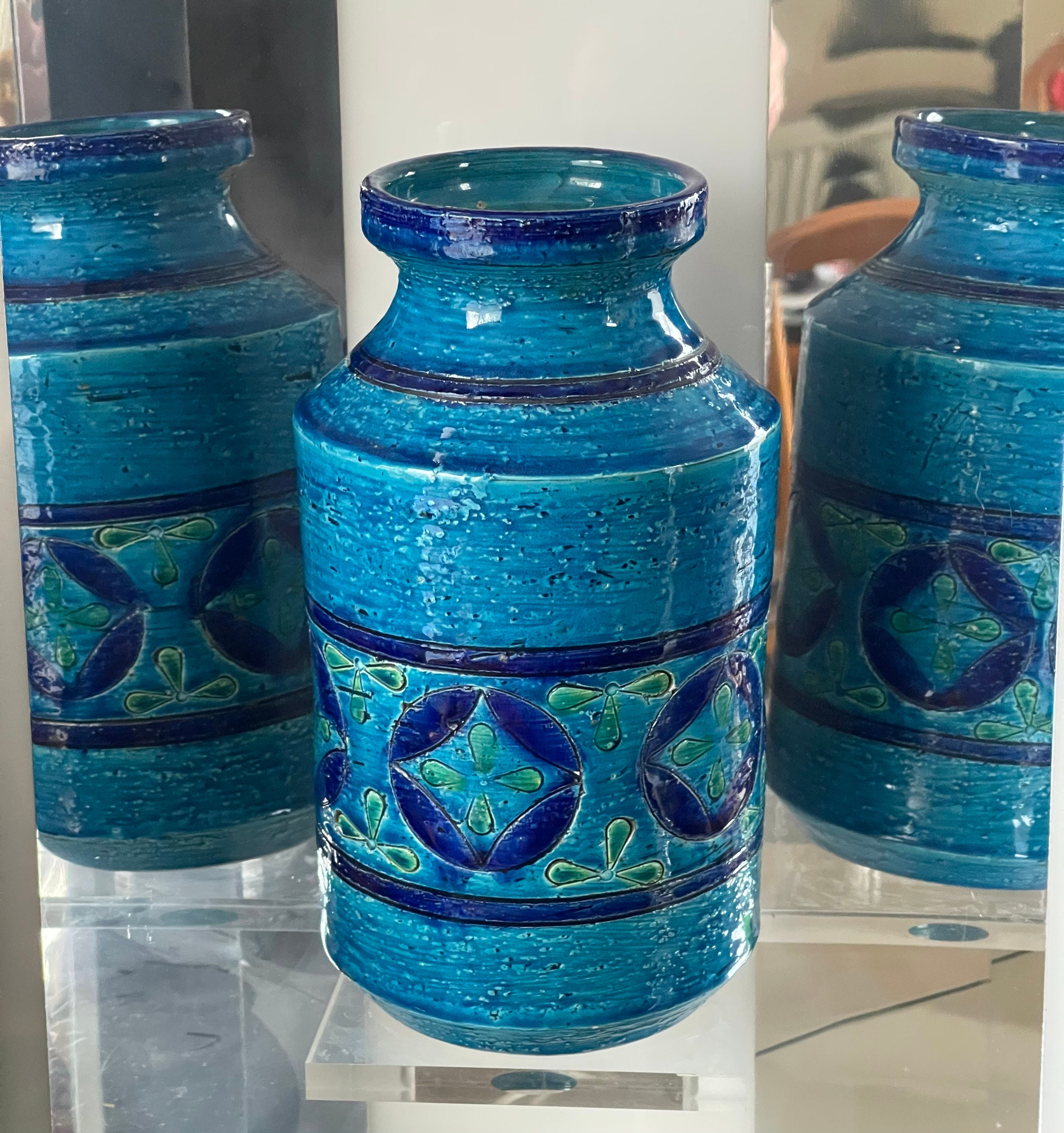 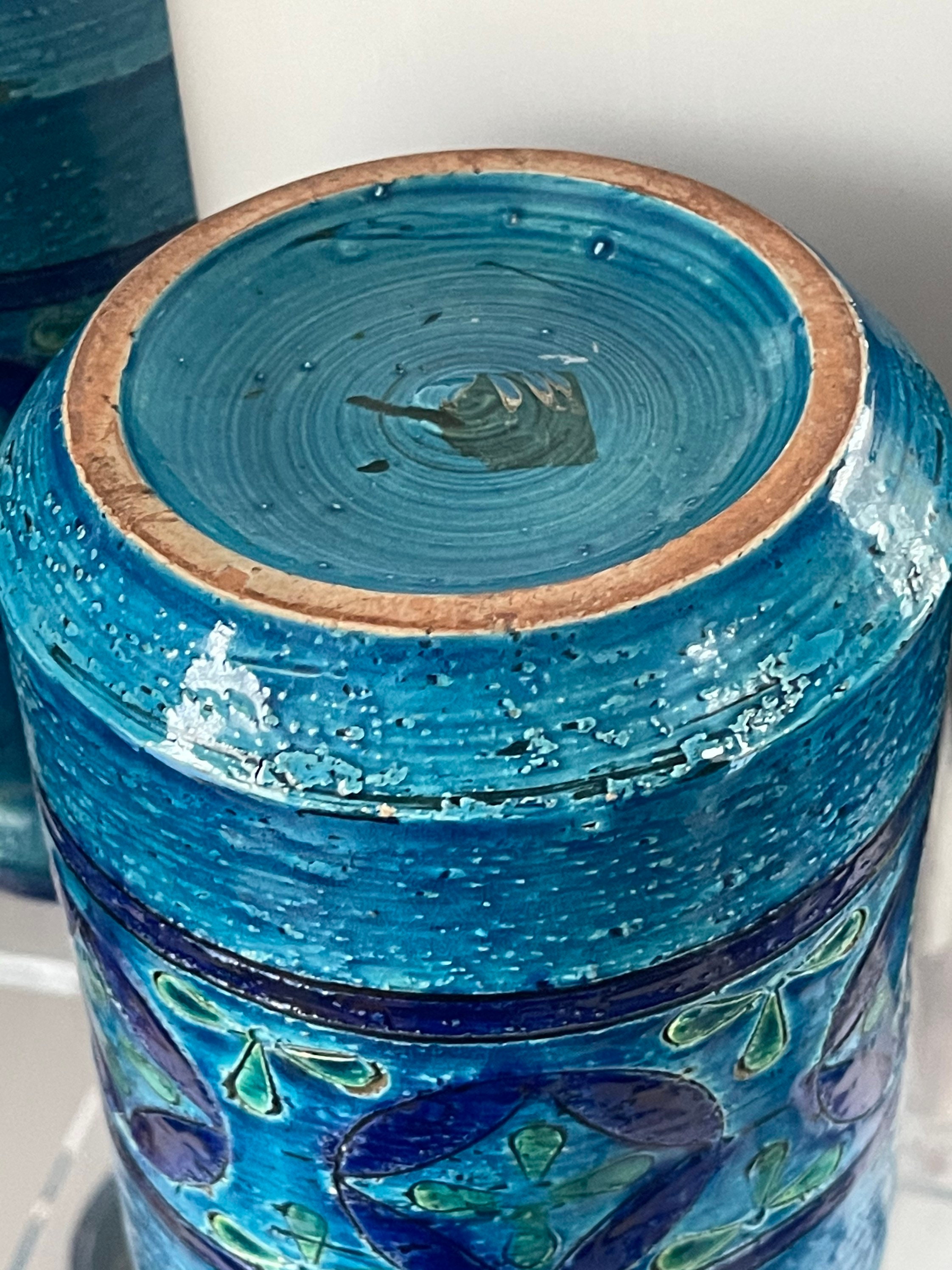 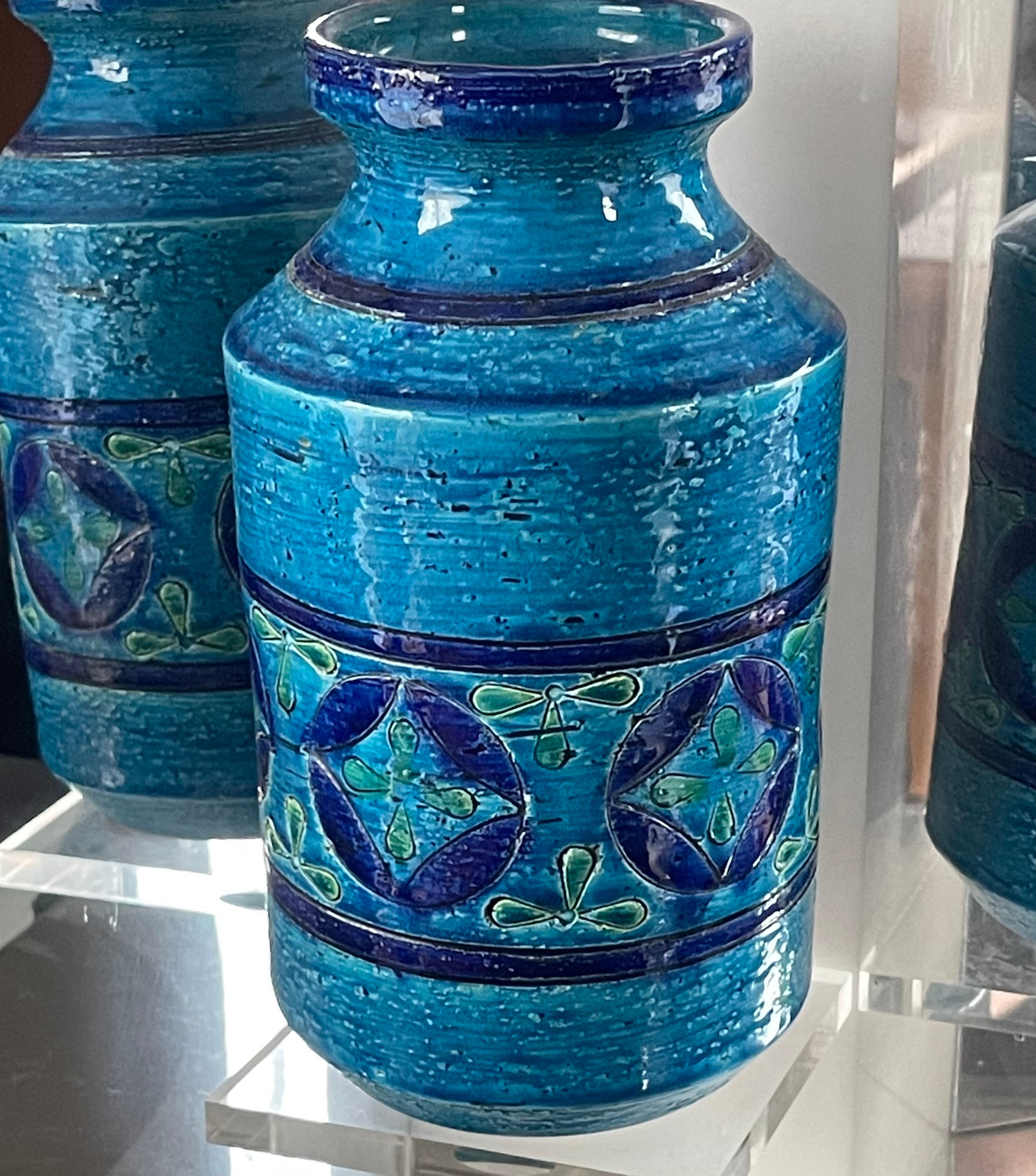 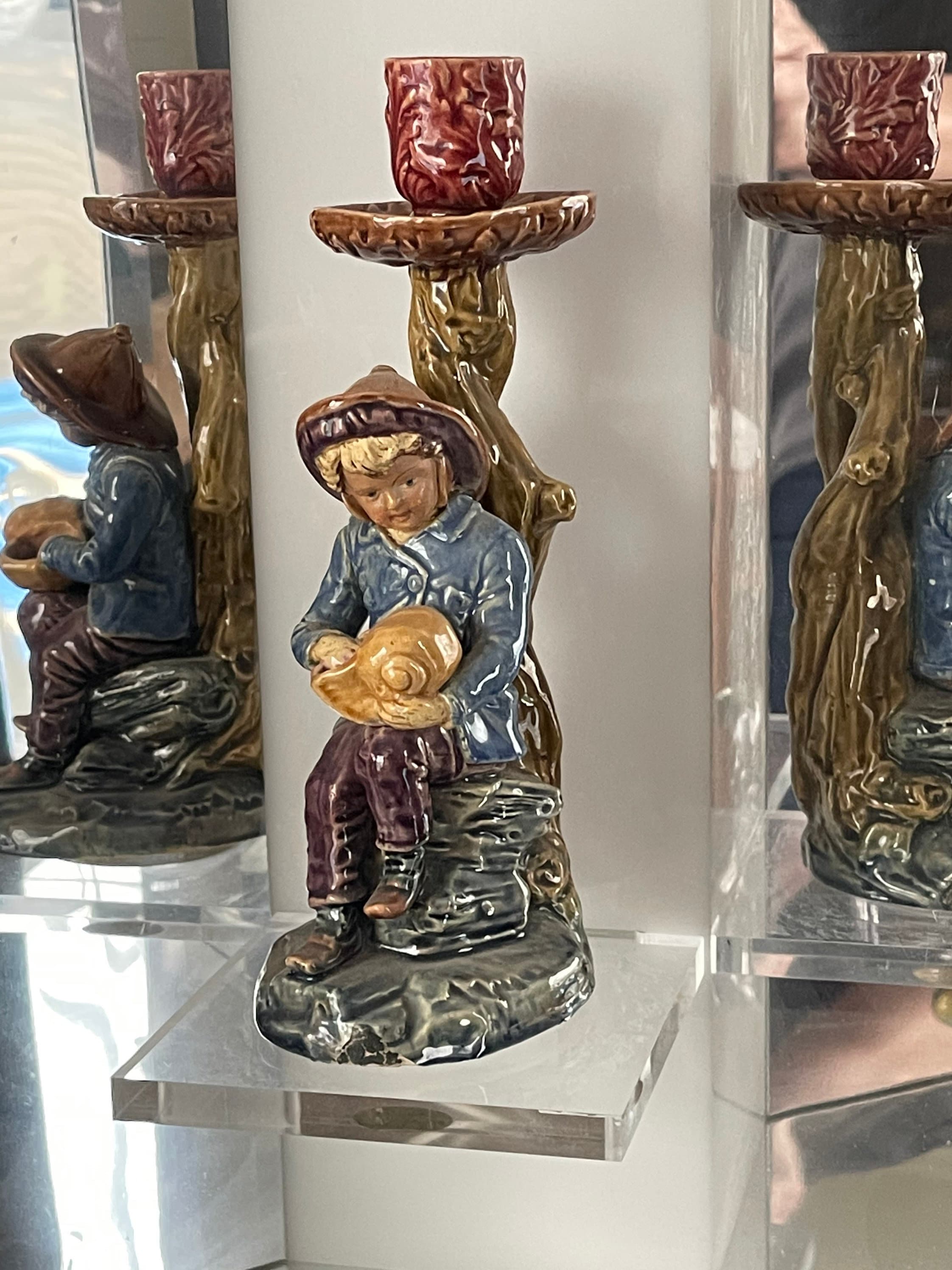 
Blue glazed ceramic with engraved patterns decorating central area of the vase surface. The colors from blue to green and the geometric design of the patterns make this vase a highly decorative piece from the Mid-Century Modernist period.

In great condition for age

Aldo Londi(1911-2003) was a painter, sculptor and primarily ceramist. He created objects that are still part of the history of Italian ceramics. He was born in Montelupo Fiorentino. At the age of eleven he started working for Fanciullacci’s manufacturing, where he could learn the traditional tecniques in making pottery. After the war,Londi kept on his work and became Art Director of the famous Bitossi family ceramics studio in Montelupo. By Londi’s new style, Bitossi production had a sudden transformation. The style of Londi promoted the production of new high quality objects realized by handcraft methods. For Bitossi he designed his most famous lines of pottery such as ‘Rimini blu’, ‘Mondrian’, ‘Lobster’, ‘Sivilla’ and ‘Etrusca’.This lines were distributed widely in the United States by Raymor Company, which was one of the most influential importers and distributers of modern decorative arts during the middle of the twentieth century