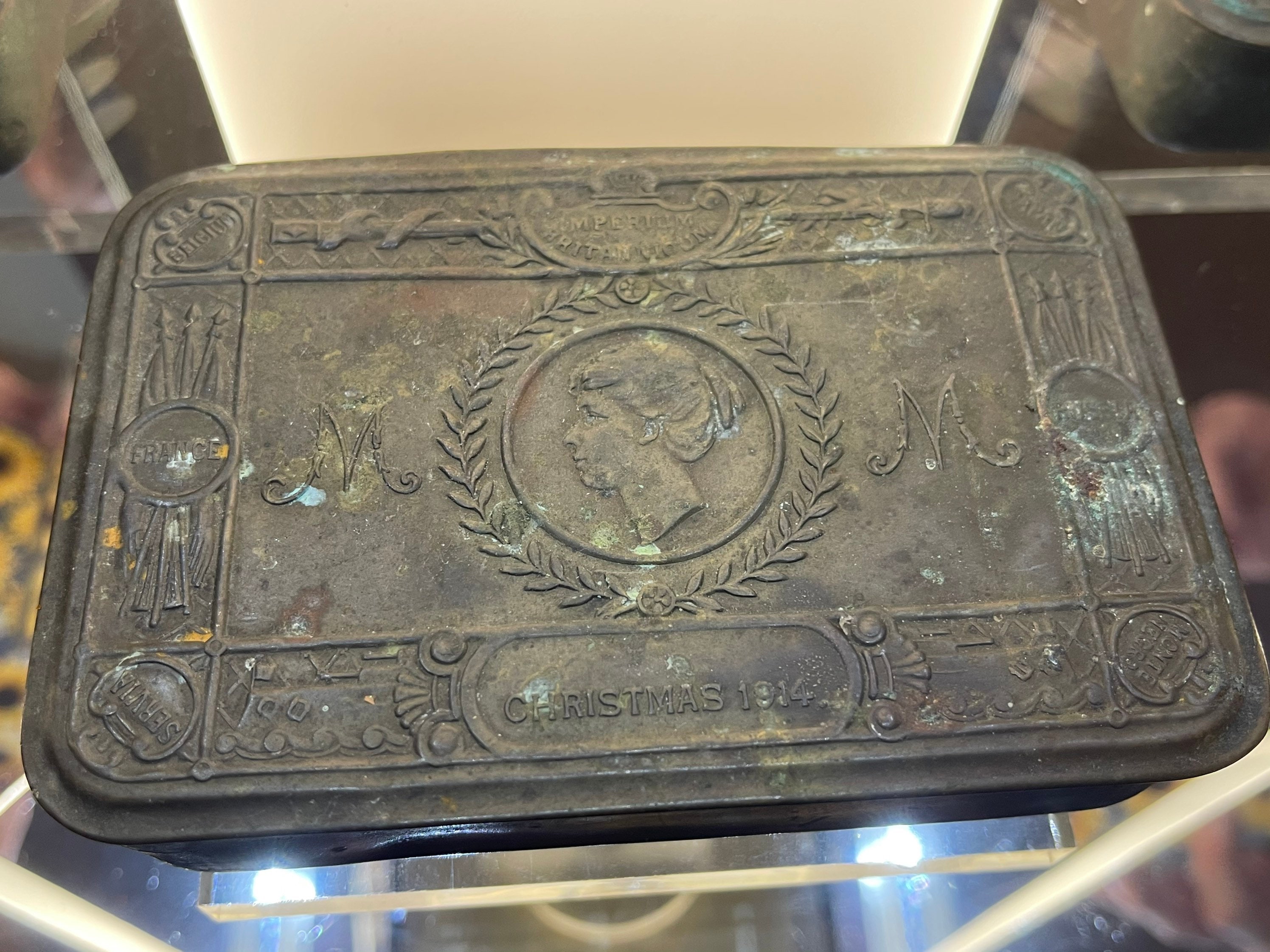 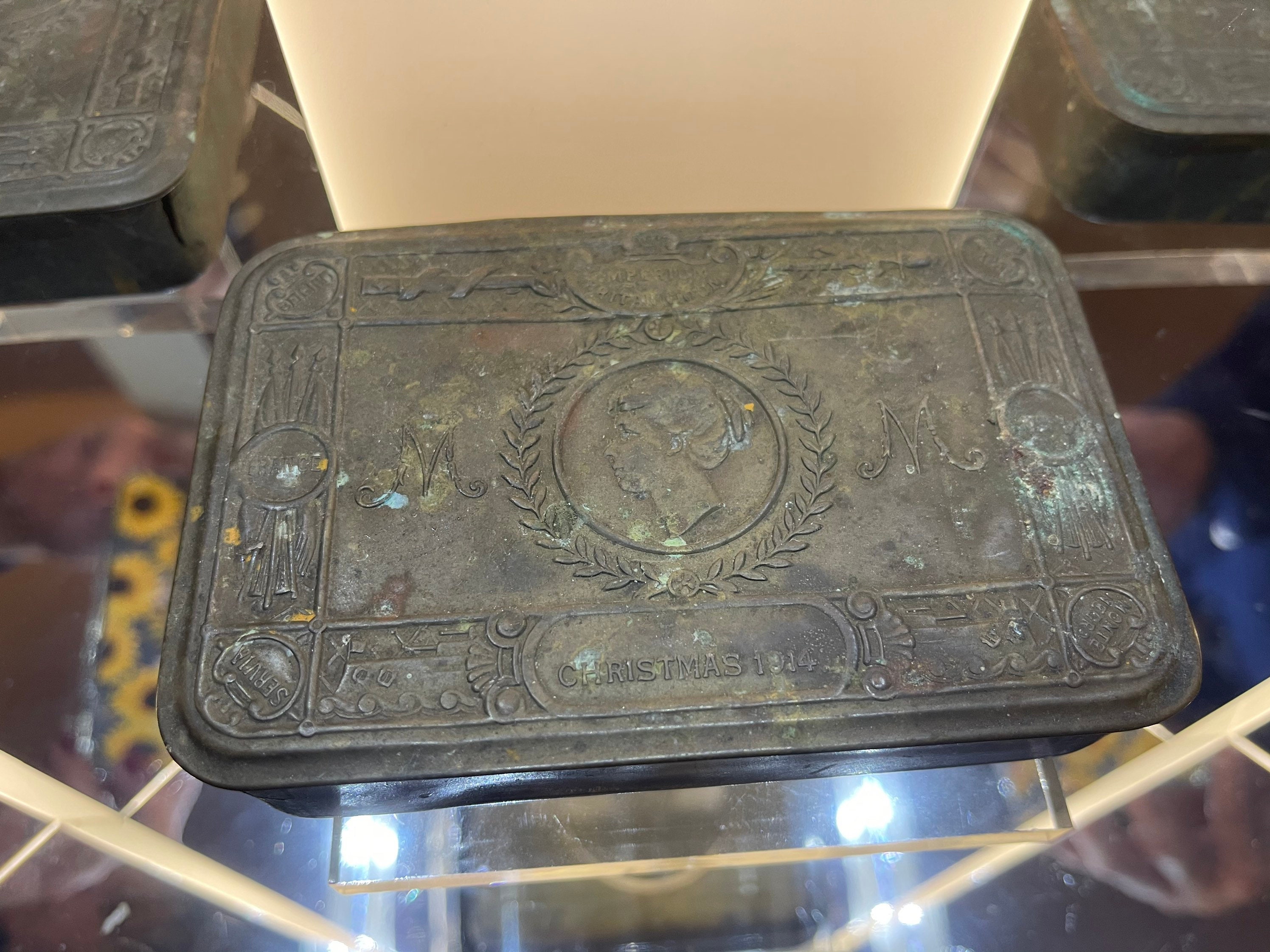 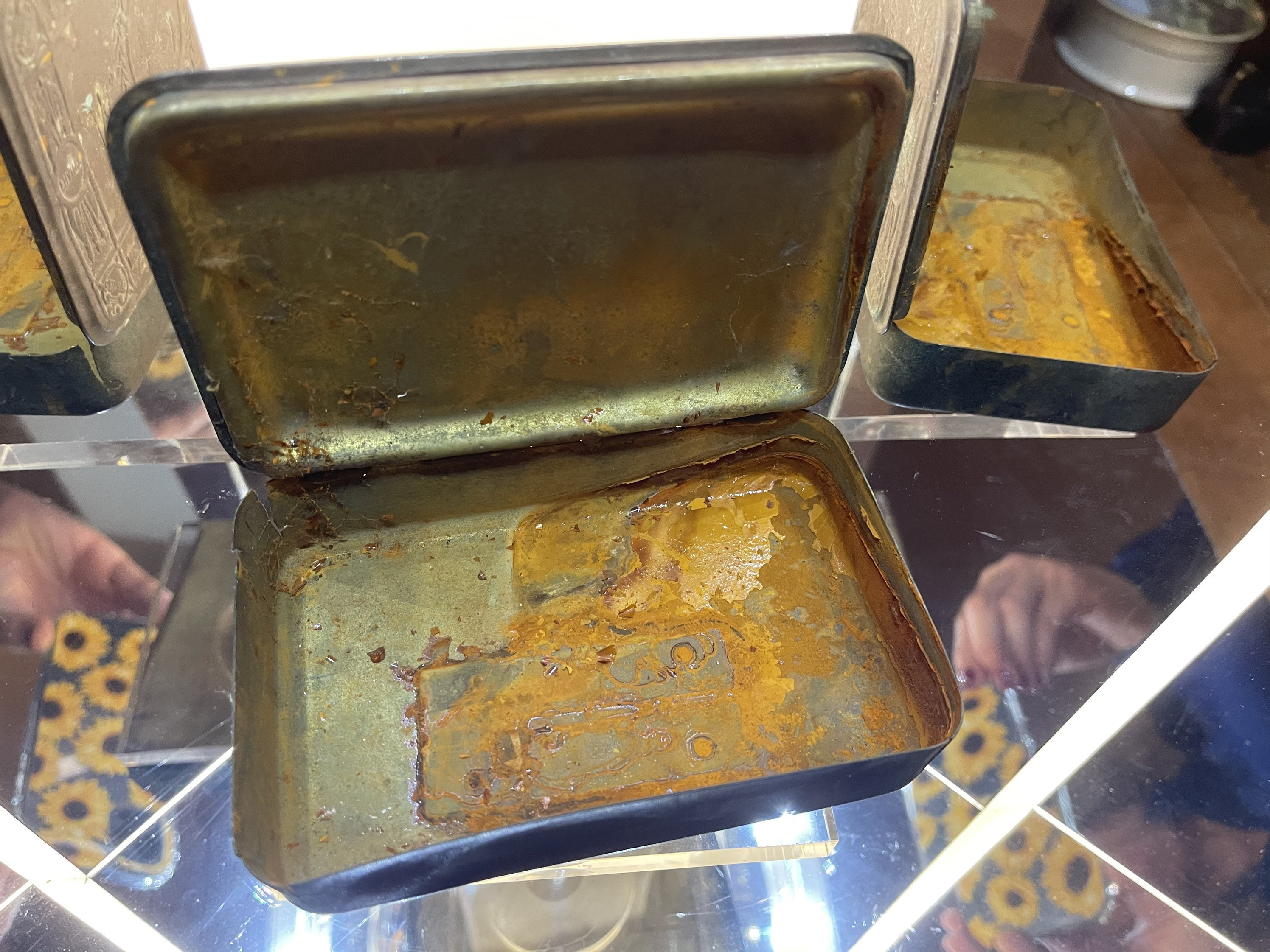 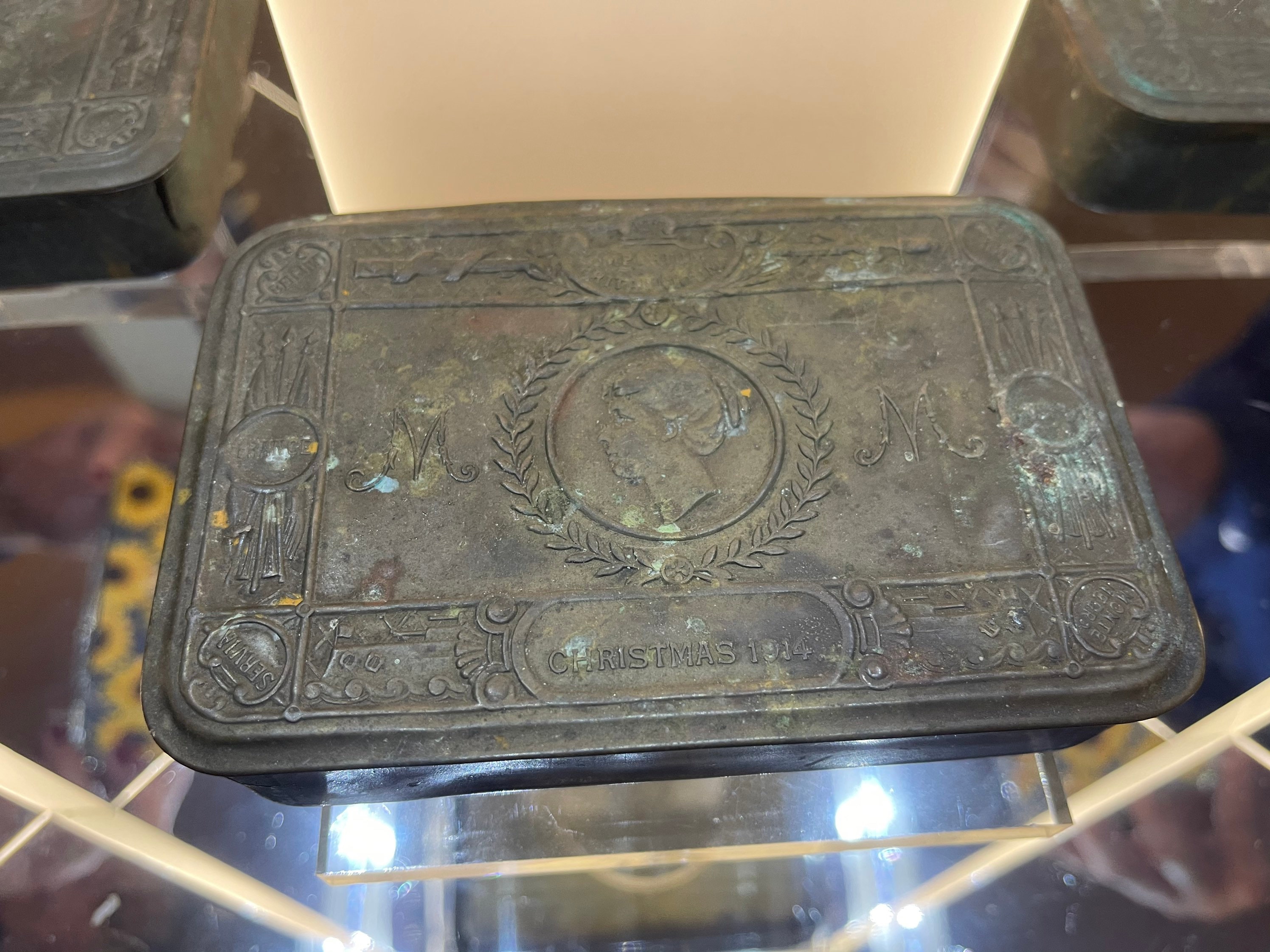 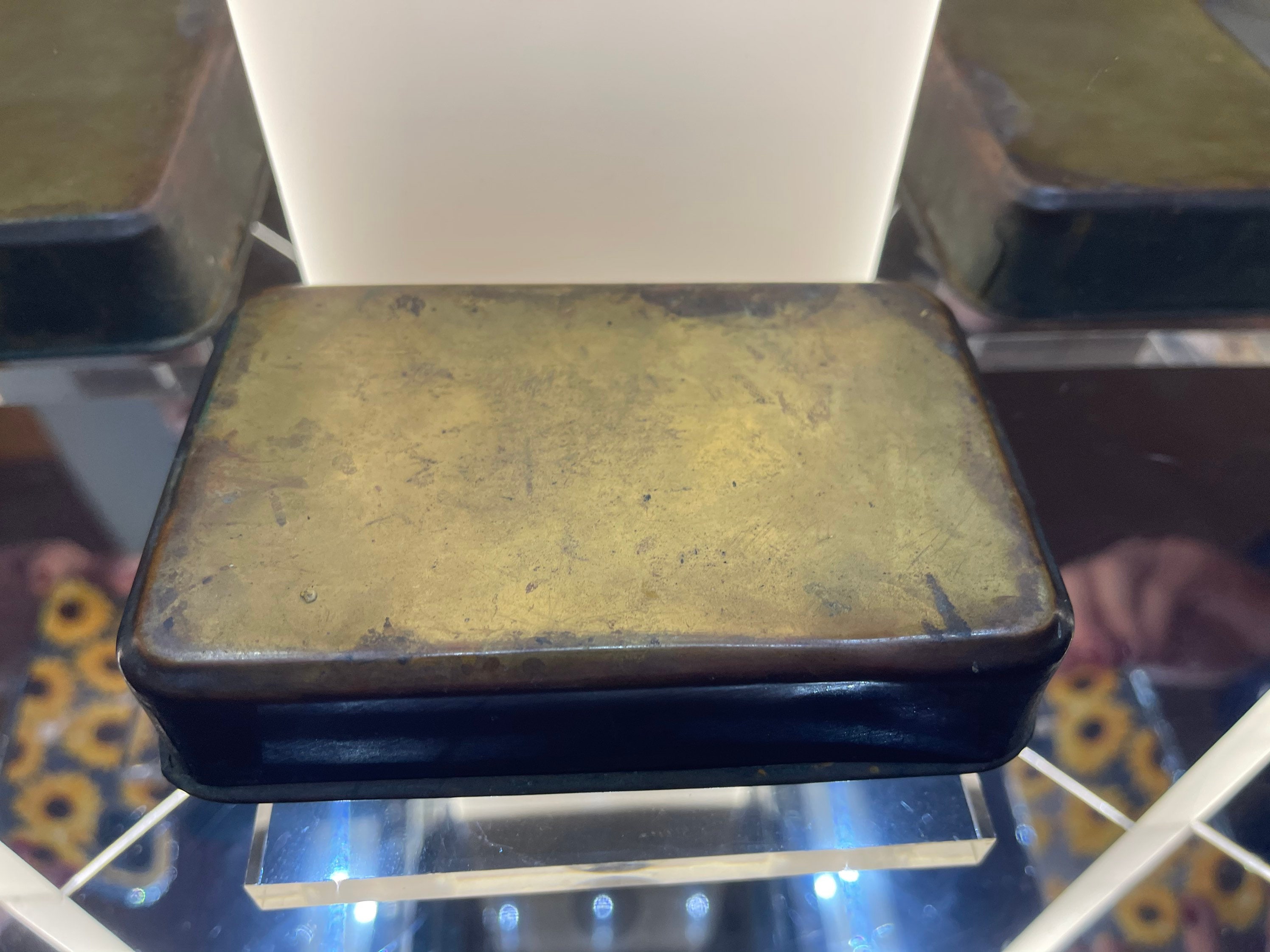 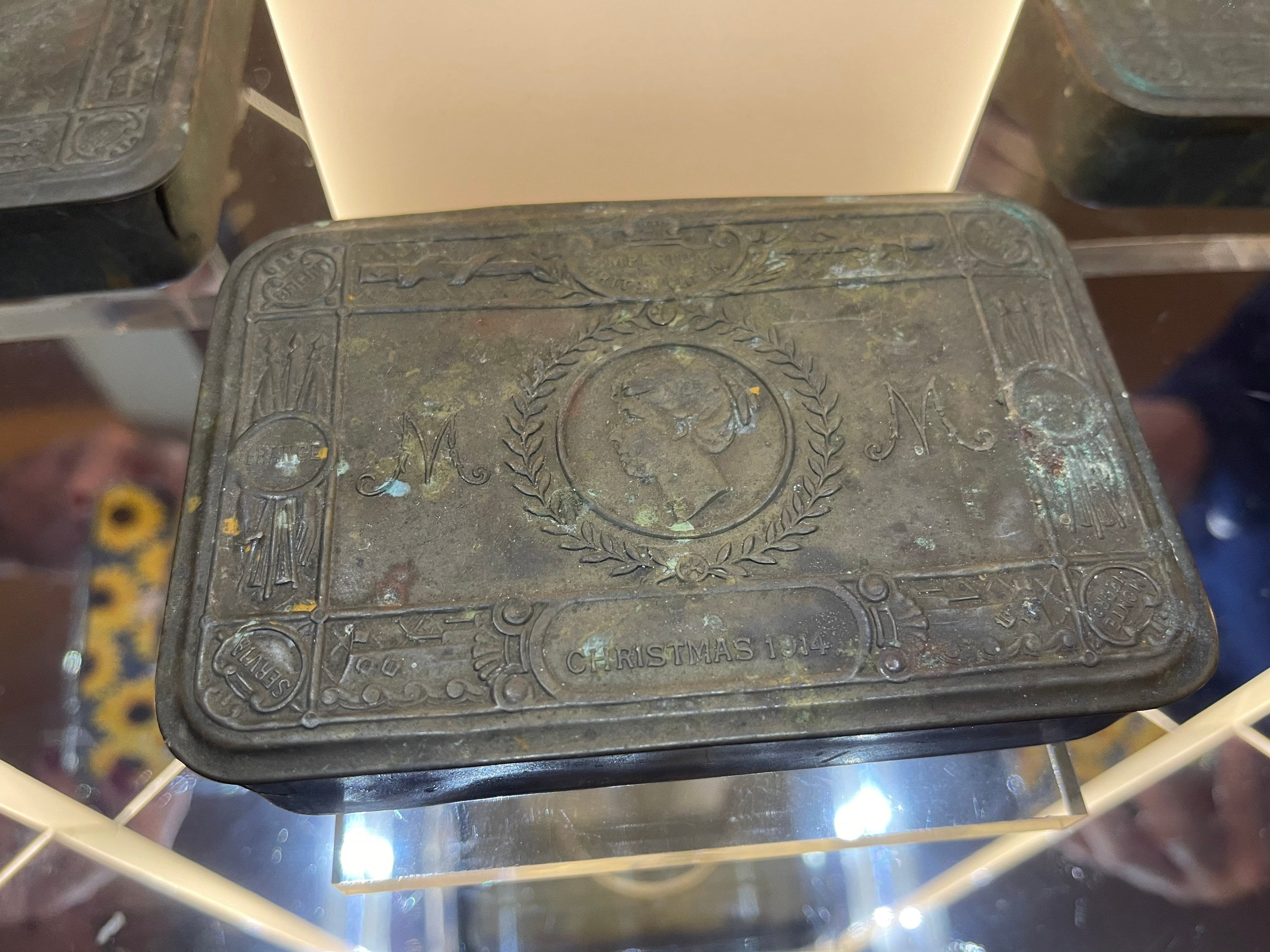 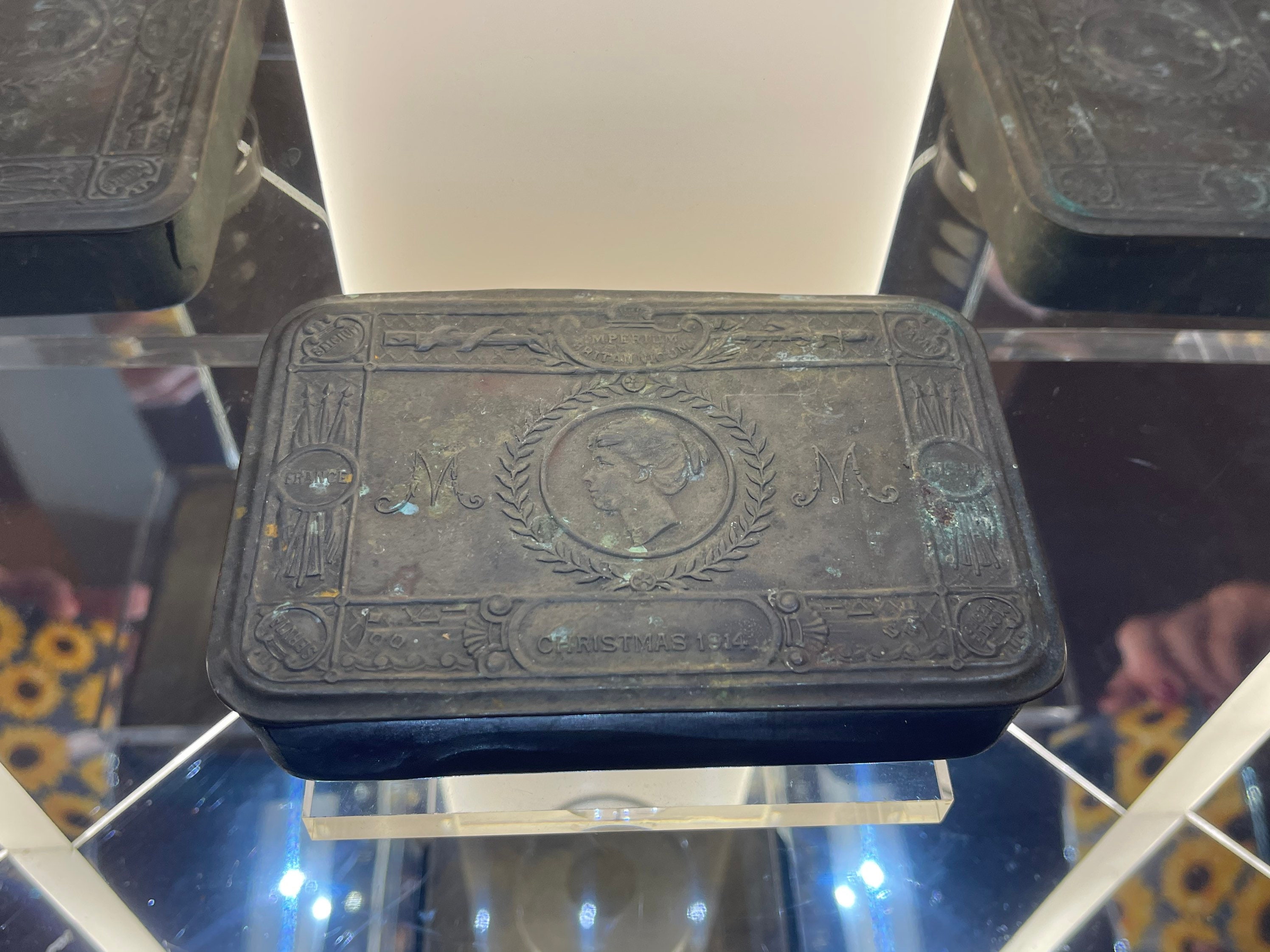 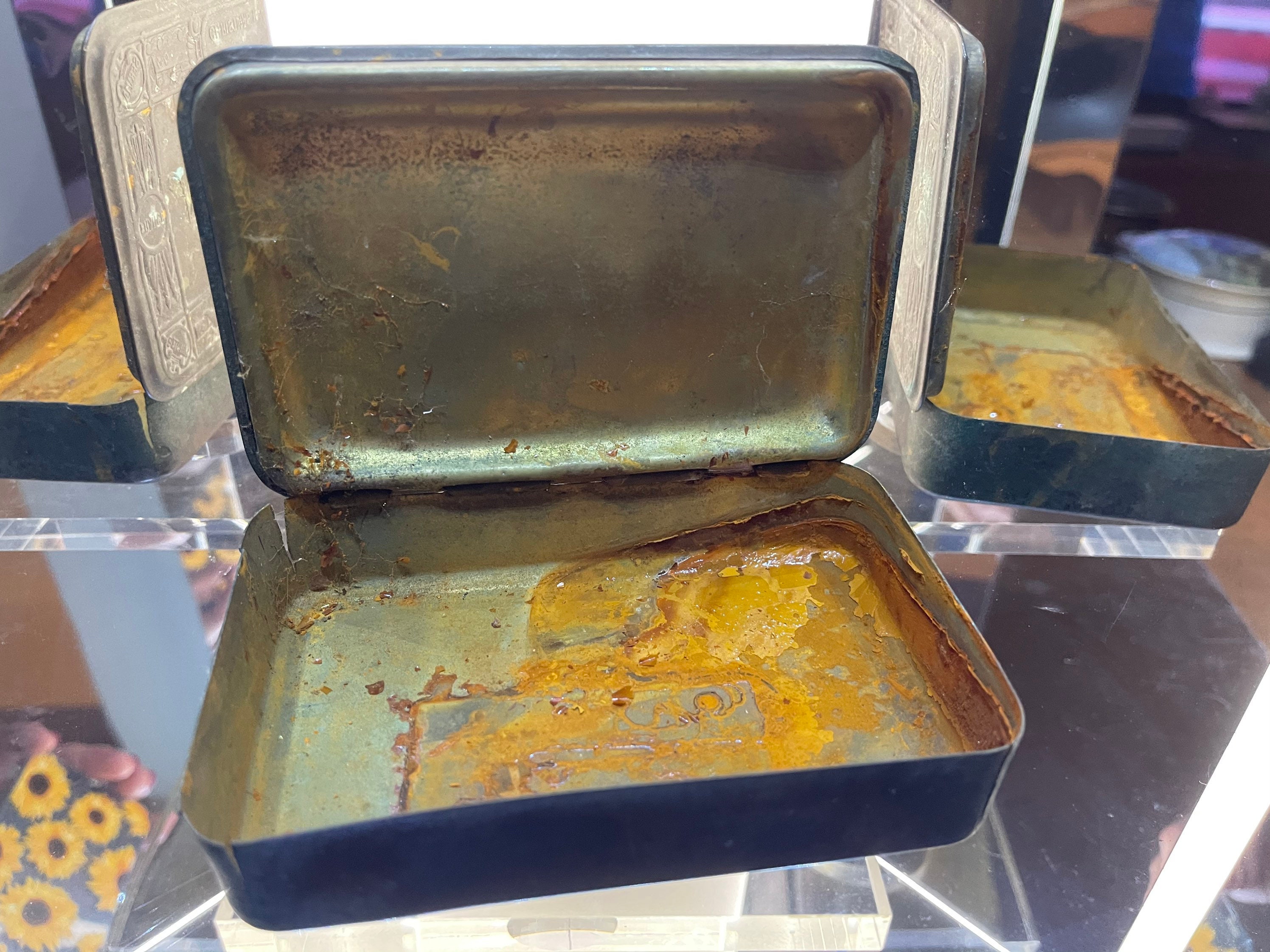 
Following the outbreak of the First World War in August 1914, the British Expeditionary Force was sent to the Western Front and was soon joined by troops from the Empire, those from India arriving before the end of the year. In October 1914, George V’s 17-year-old daughter, Mary, Princess Royal, launched an appeal to fund the forces receiving a Christmas gift. Shortly before Christmas 1914, advertisements were placed in the British press seeking donations for the “Soldiers Christmas fund resulting in the Christmas 1914 issue of this tin