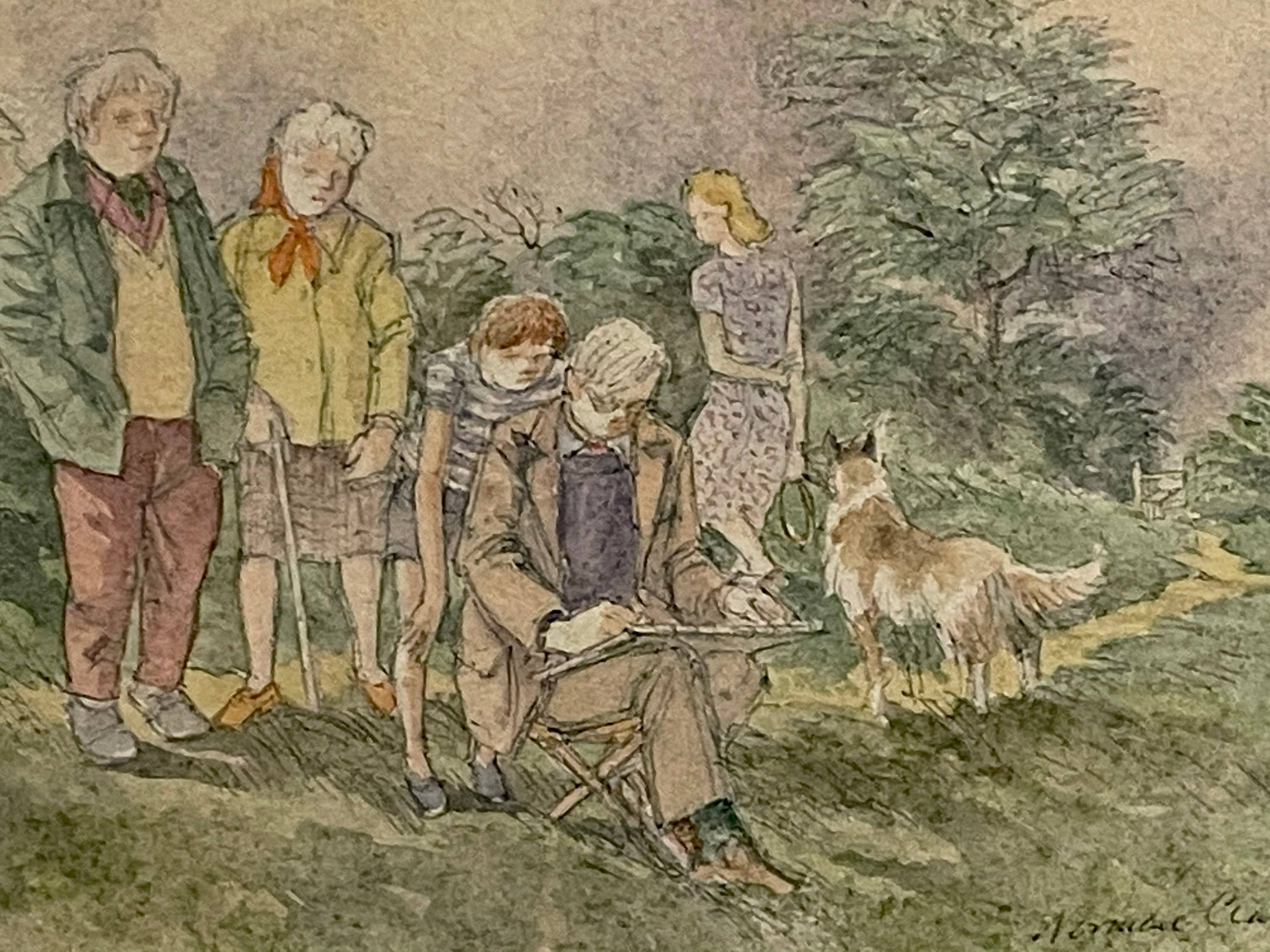 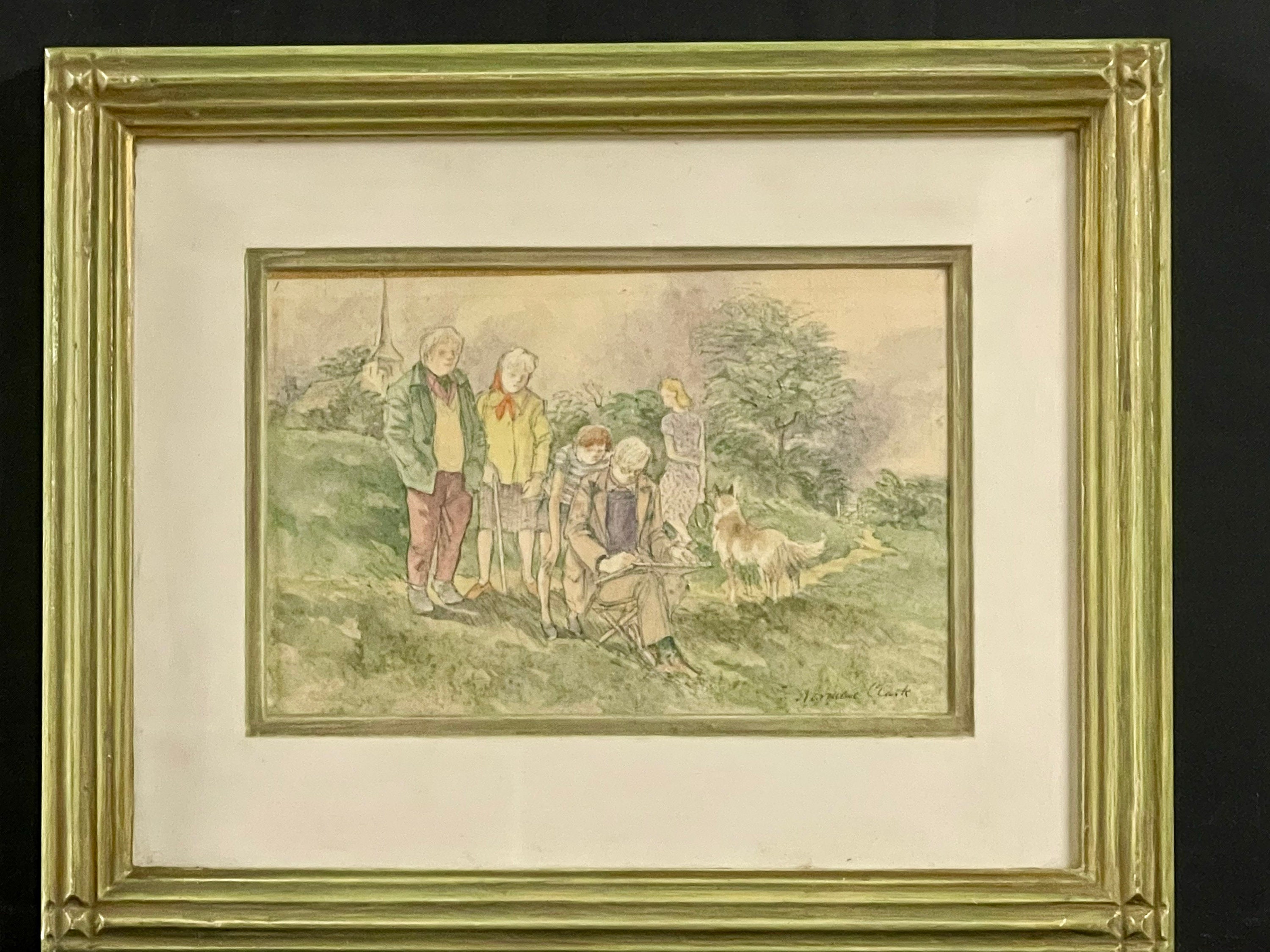 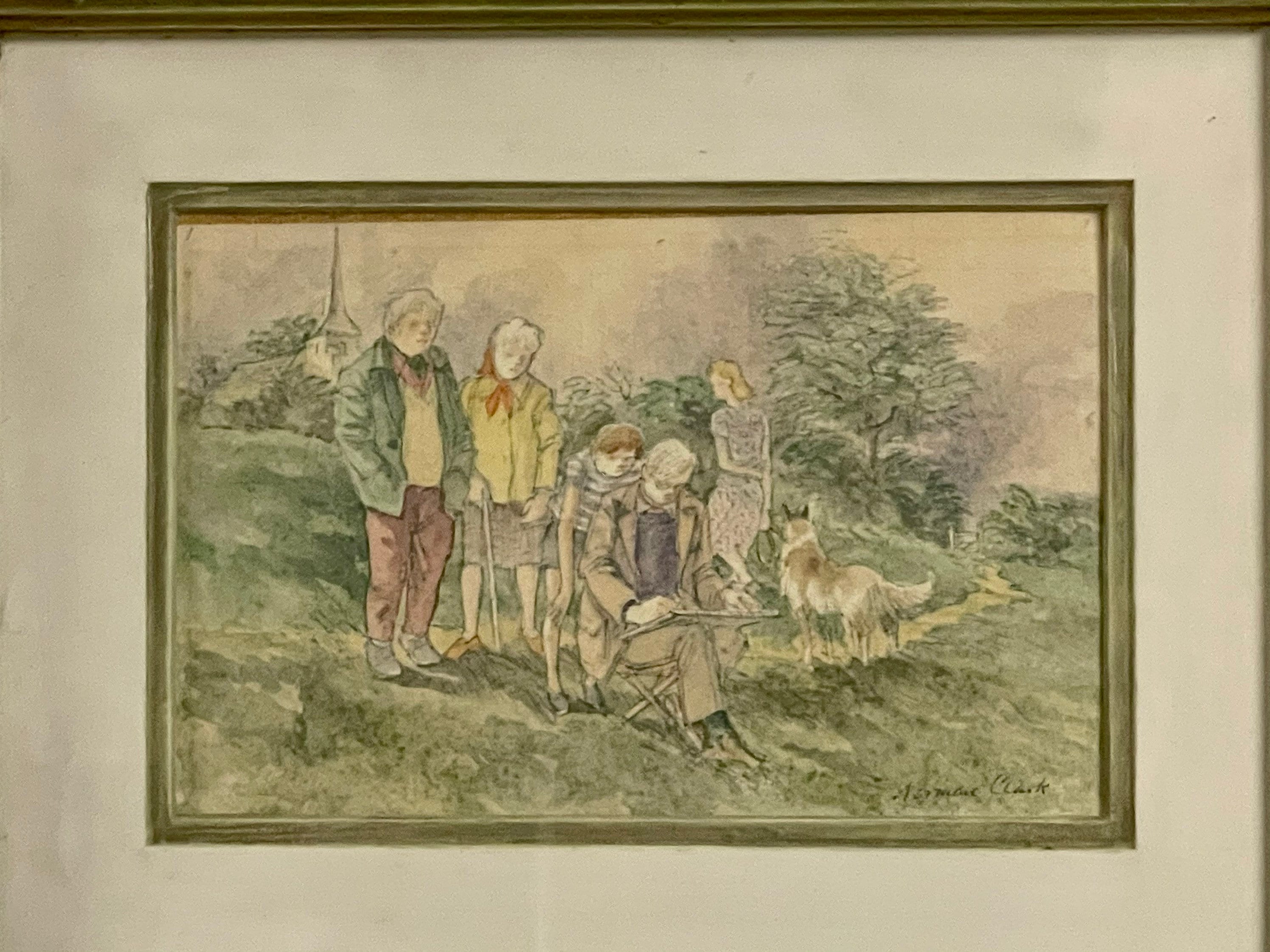 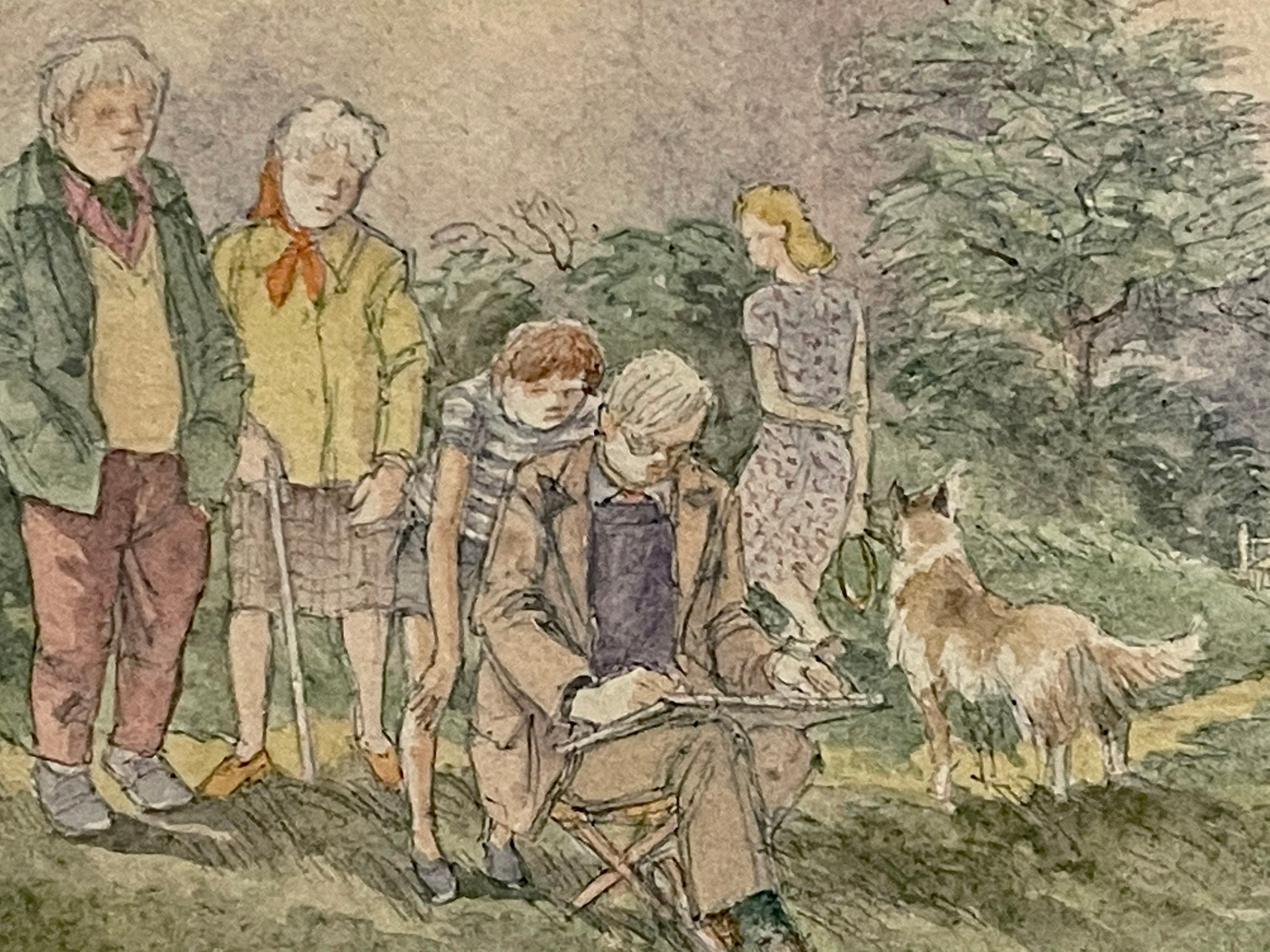 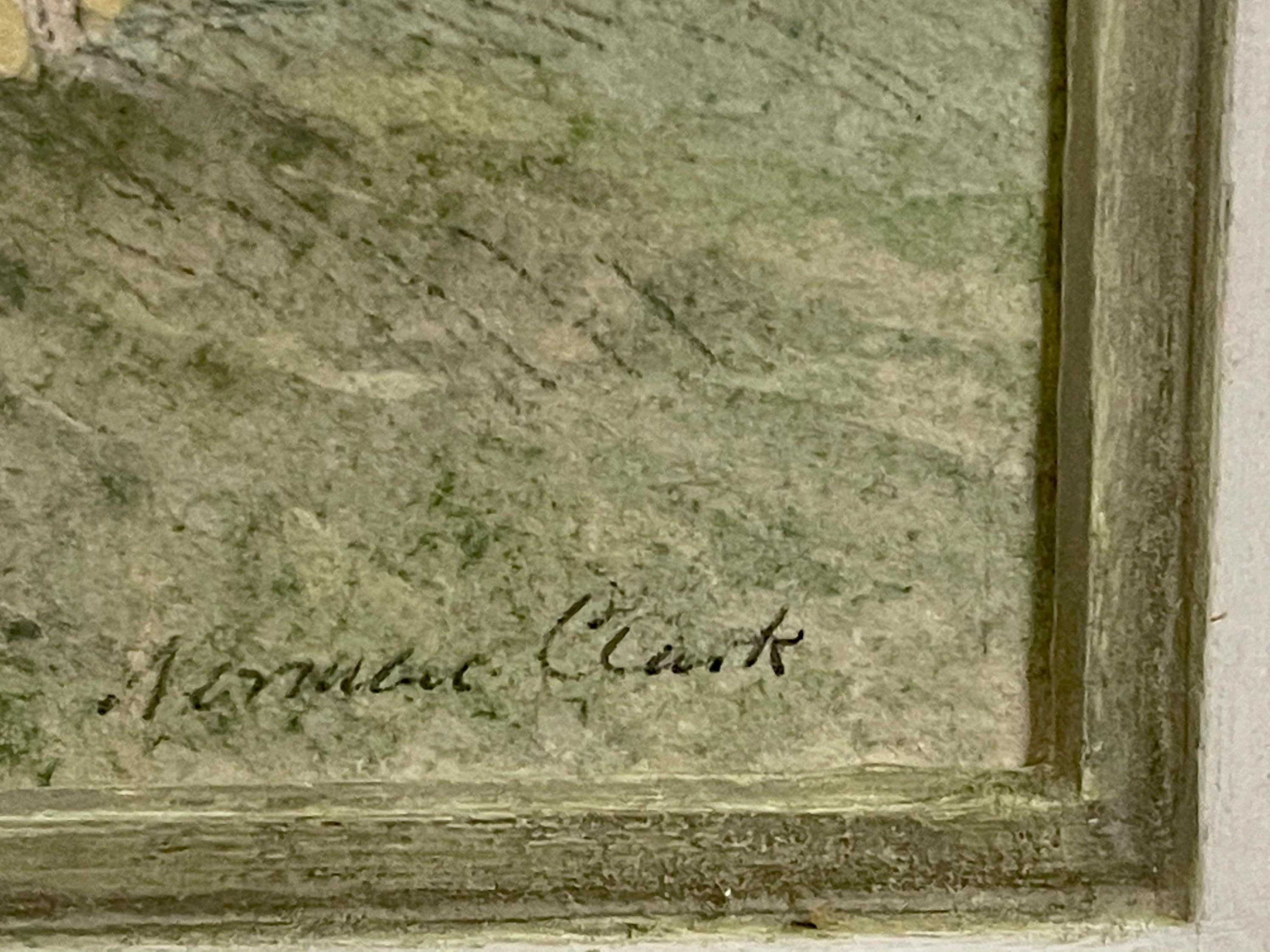 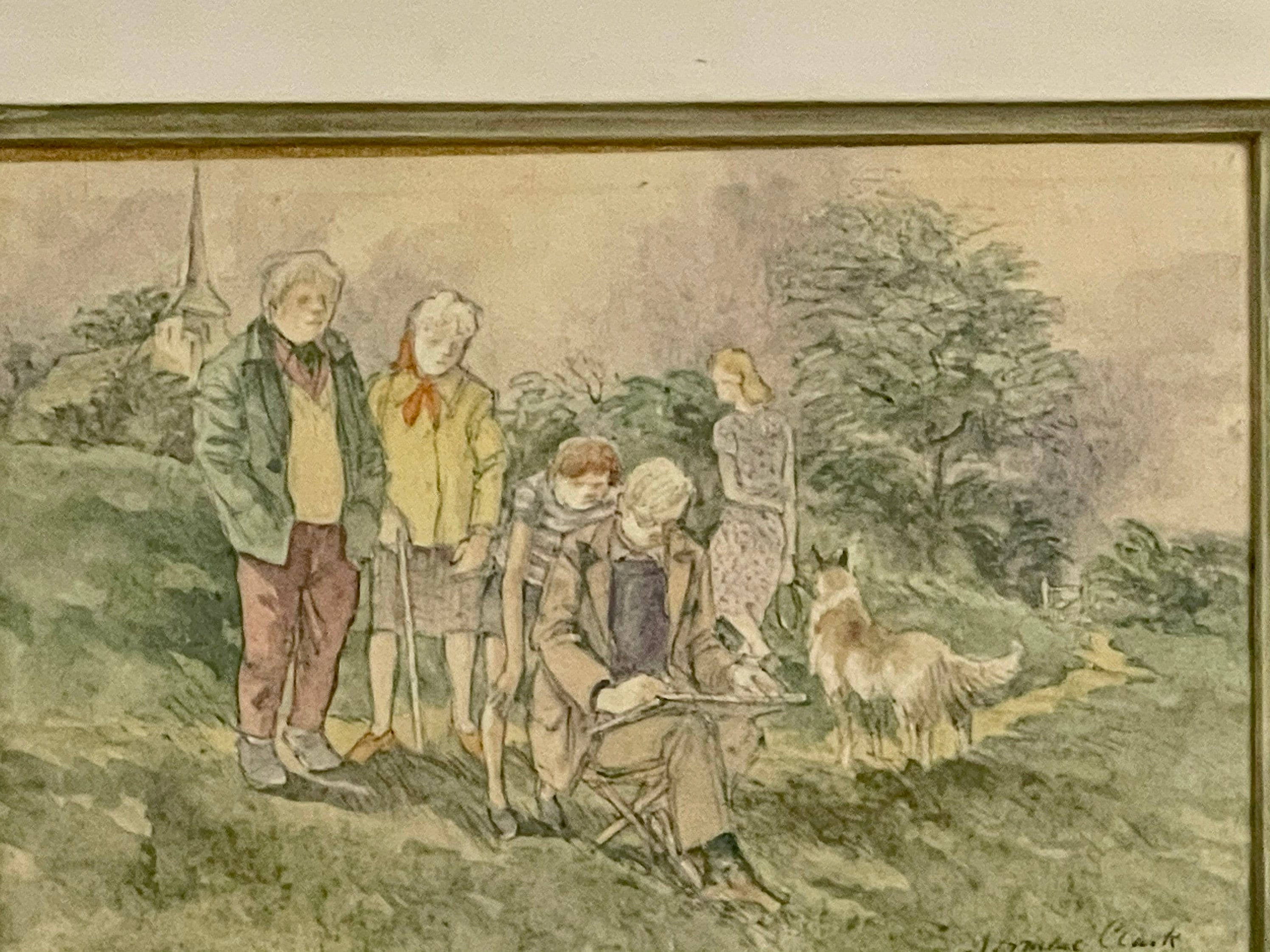 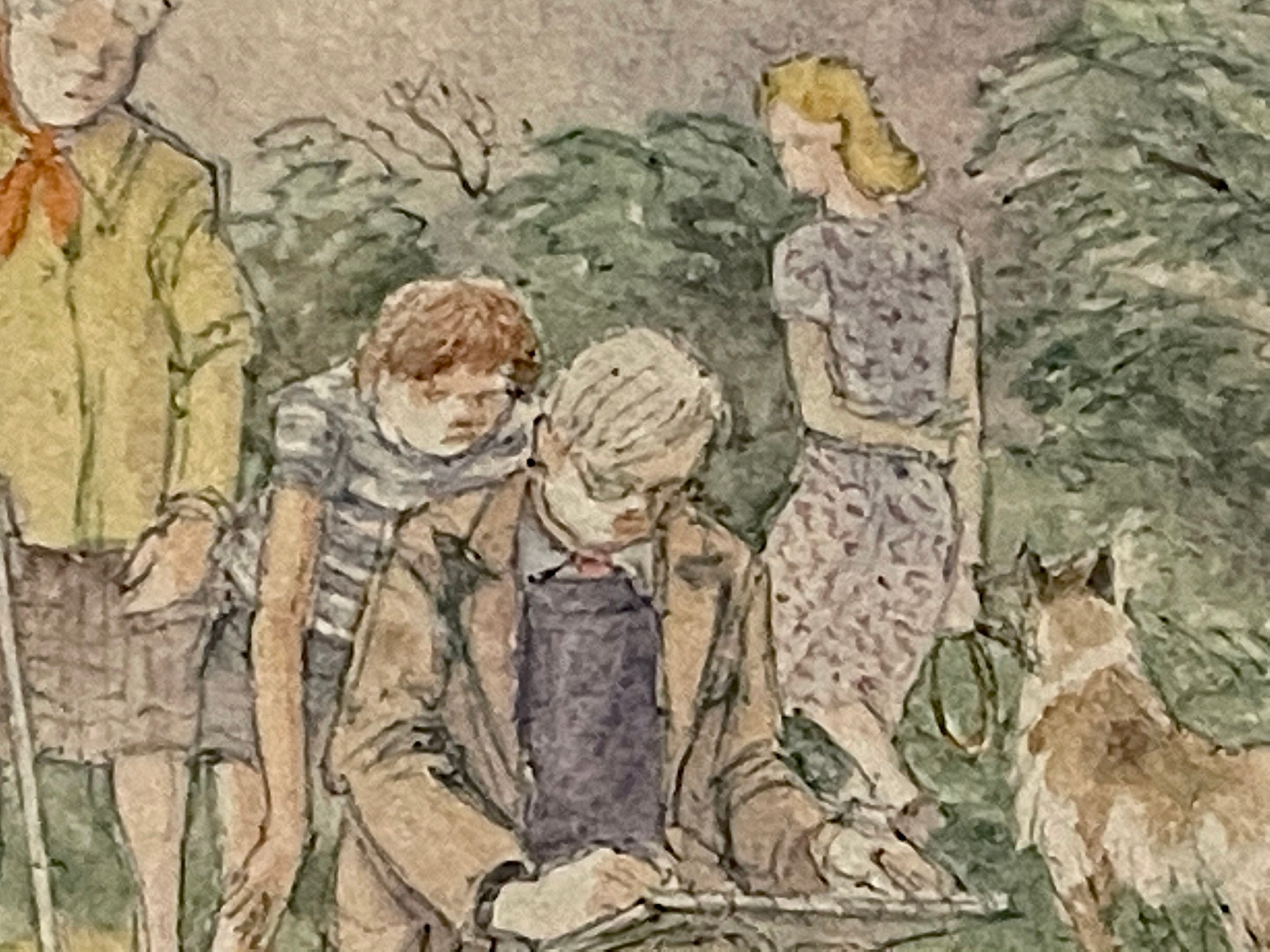 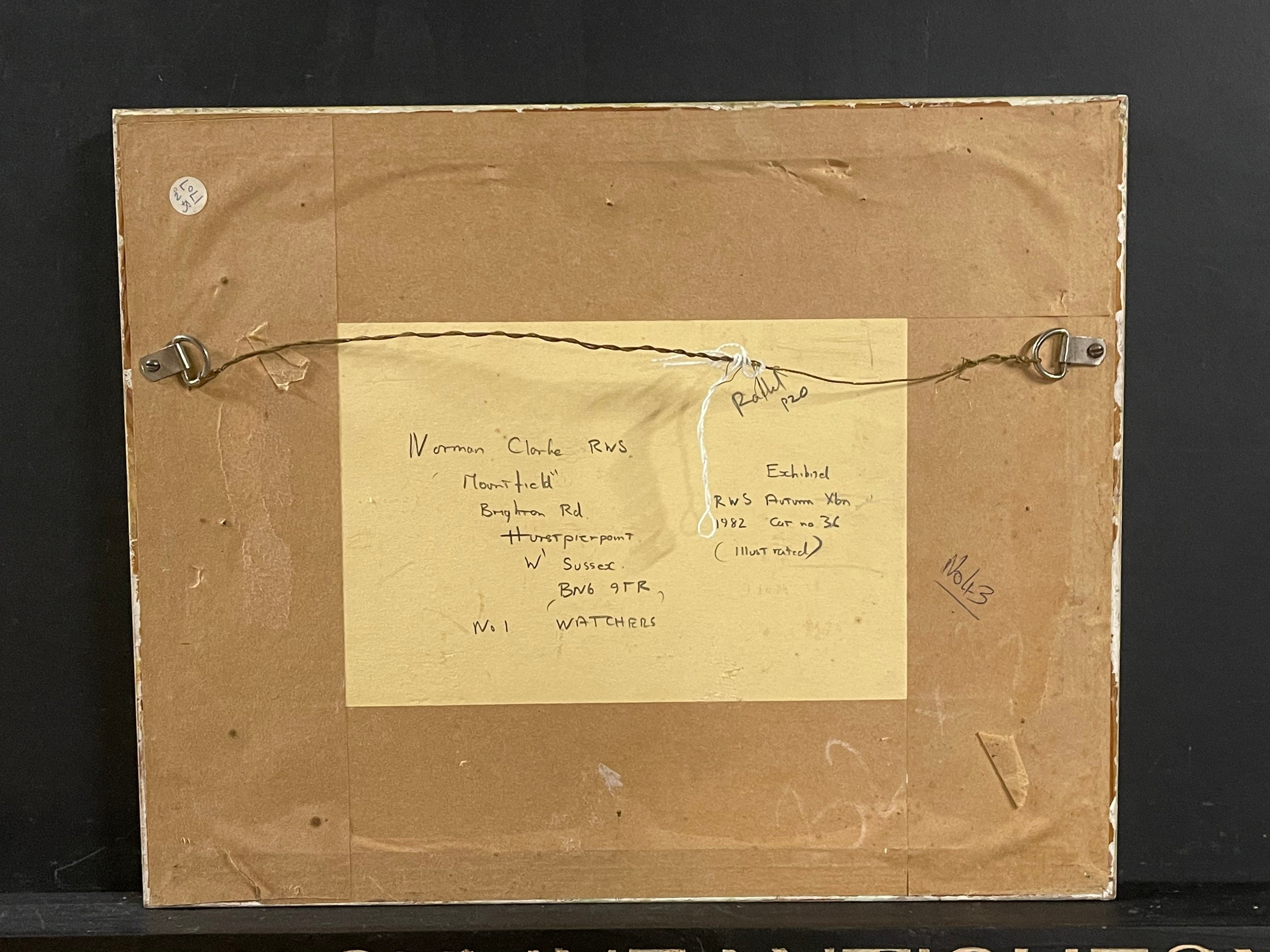 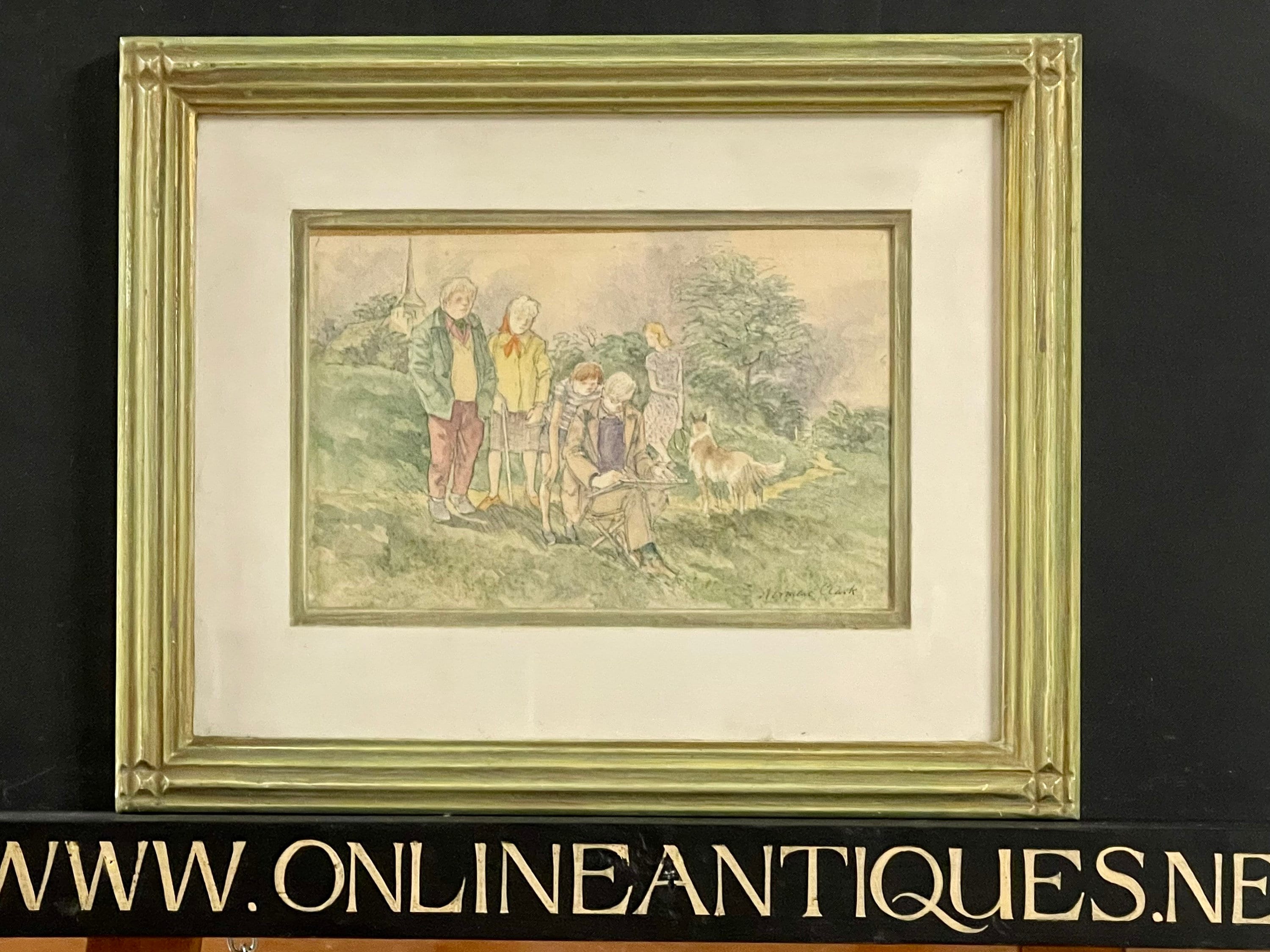 
Label on the back provides information on the watercolour

Norman Clark was born in 1913. He attended Central School of Arts from 1929-30 where he was taught by Bernard Meninsky and William Roberts, both of whom had a strong influence on Clark’s style. He went on to the Royal Academy Schools in the following year. In 1947 he moved to Hurstpierpoint in Sussex, remaining there until his death in 1992 and teaching at Brighton College of Art for much of his working life.: He exhibited widely at the Royal Academy and the Royal Watercolour Society He was elected an Associate of the Royal Watercolour Society in 1953, becoming a full member in 1960