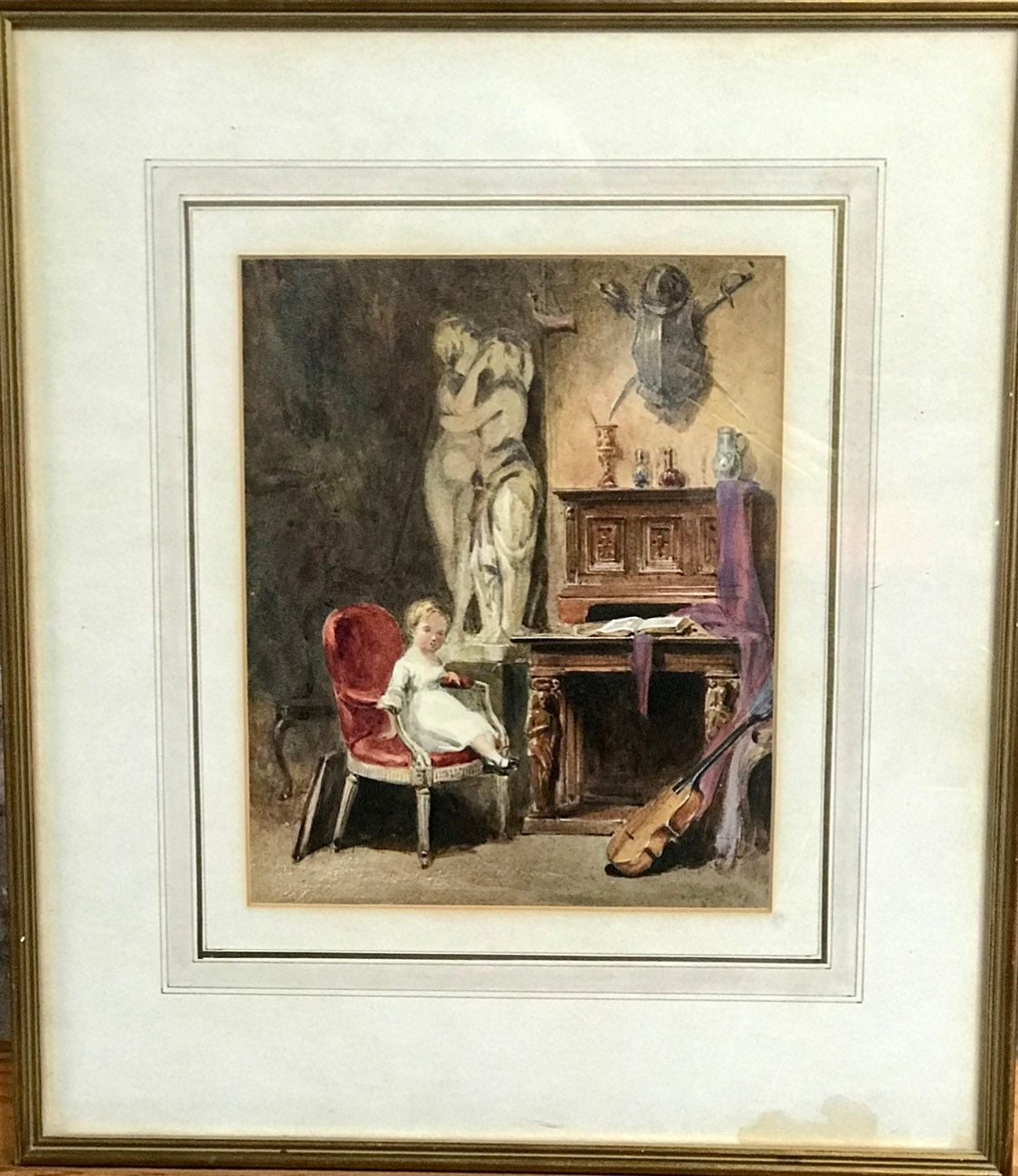 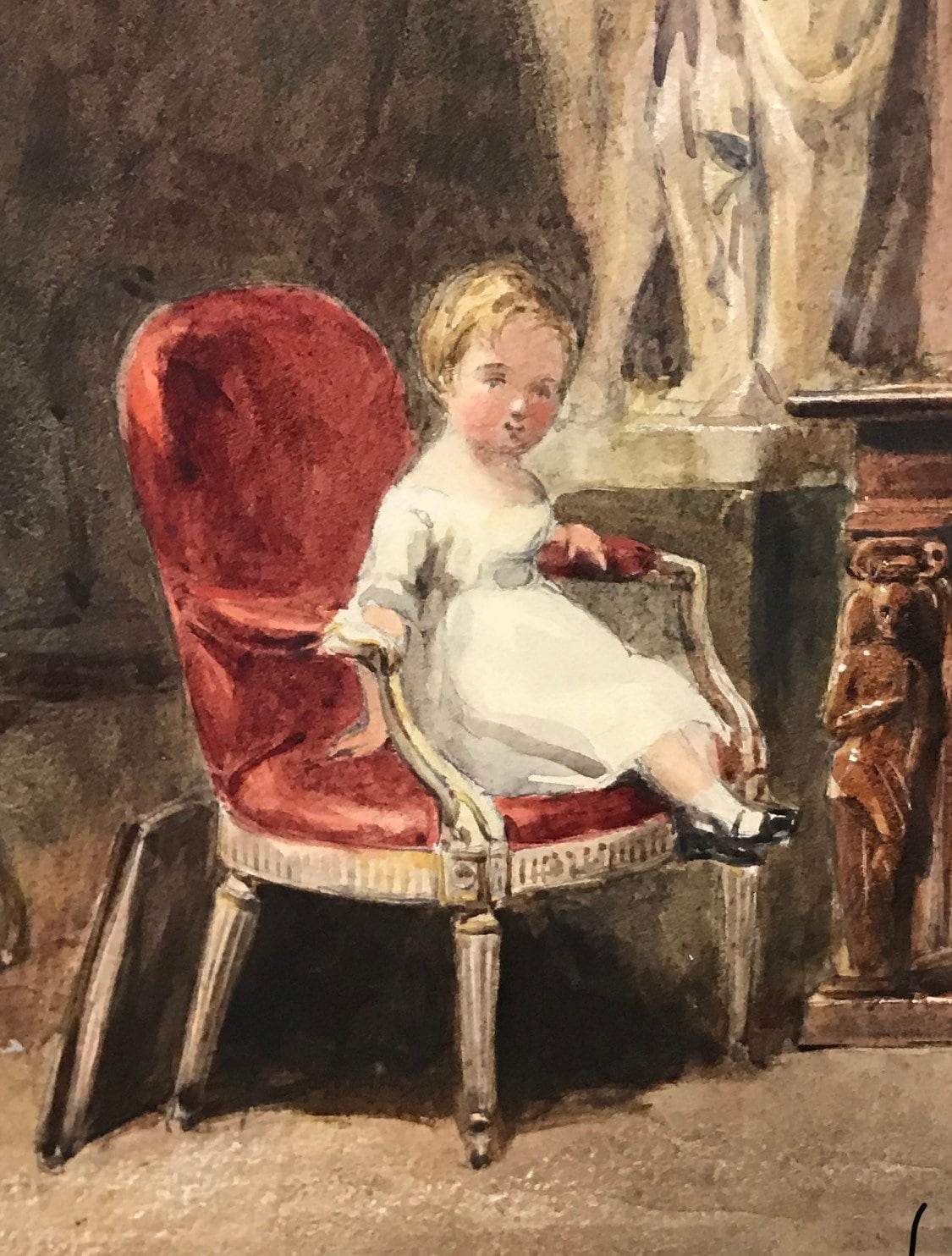 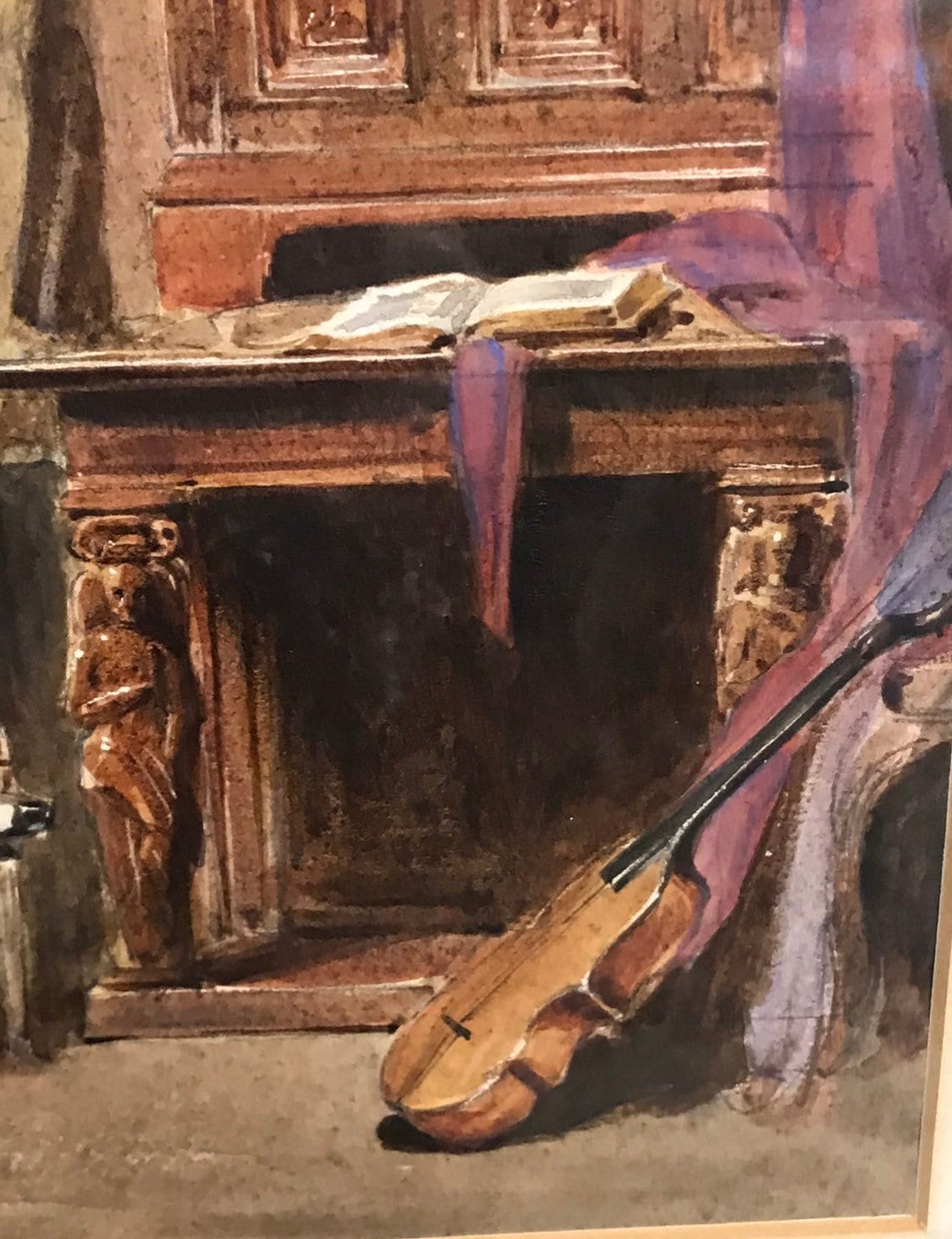 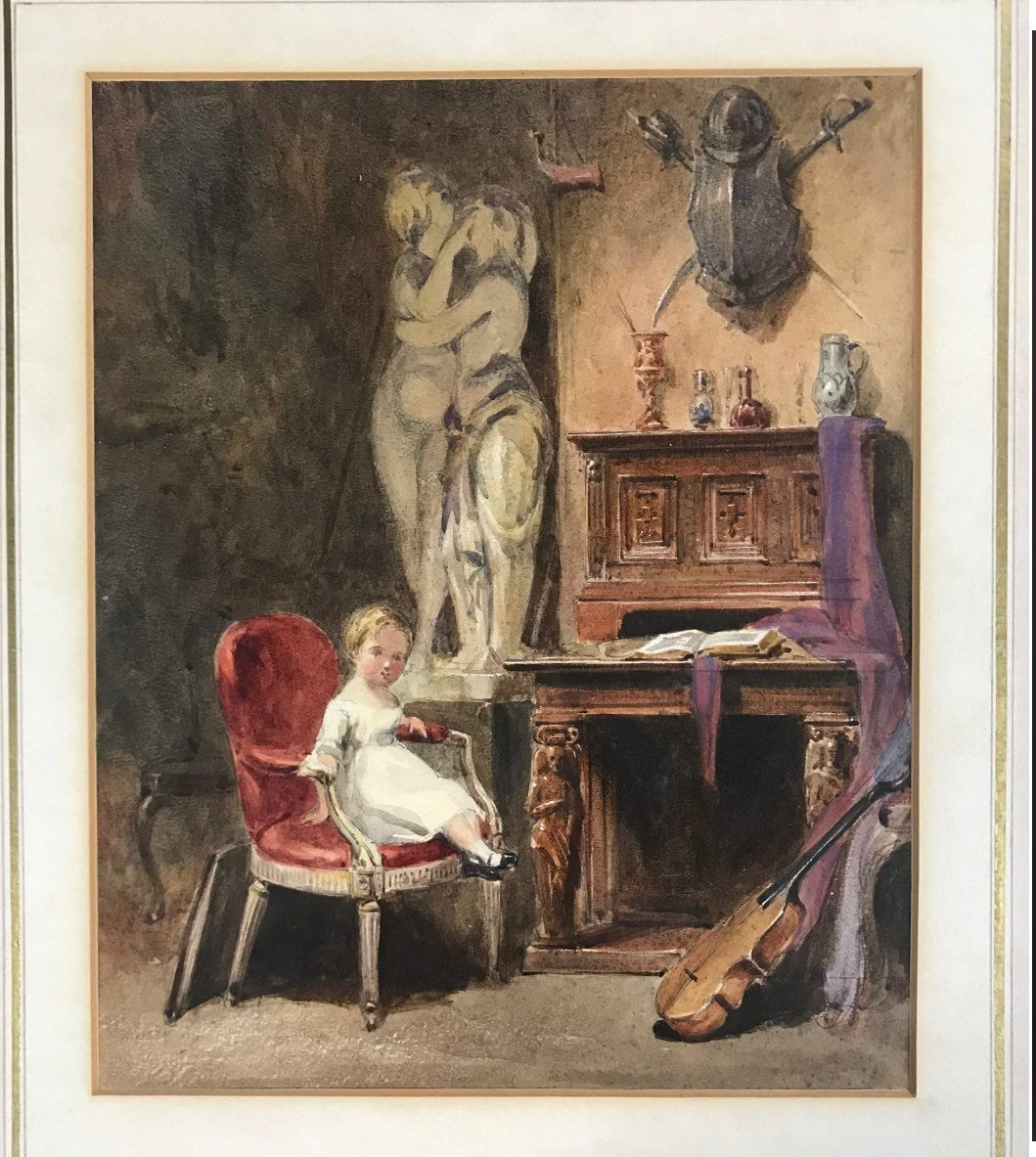 The painter and printmaker John Absolon was born in Lambeth in 1815. Despite his London origins, Absolon concentrated on scenes of rural life. He was a precocious artist, who began to paint portraits in oil at the age of 15, and exhibited for the first time at the age of 17, at the Suffolk Street Gallery.

In 1839 Absolon returned to London after four years study in Paris. At this time he abandoned oil for watercolour, joining the New Water-Colours Society, of which he was for many years the Secretary.

John Absolon’s paintings were often engraved by others, but he also made some original etchings*, notably a series illustrating the months of the rural year for the first series of Joseph Cundall’s periodical The Playmate