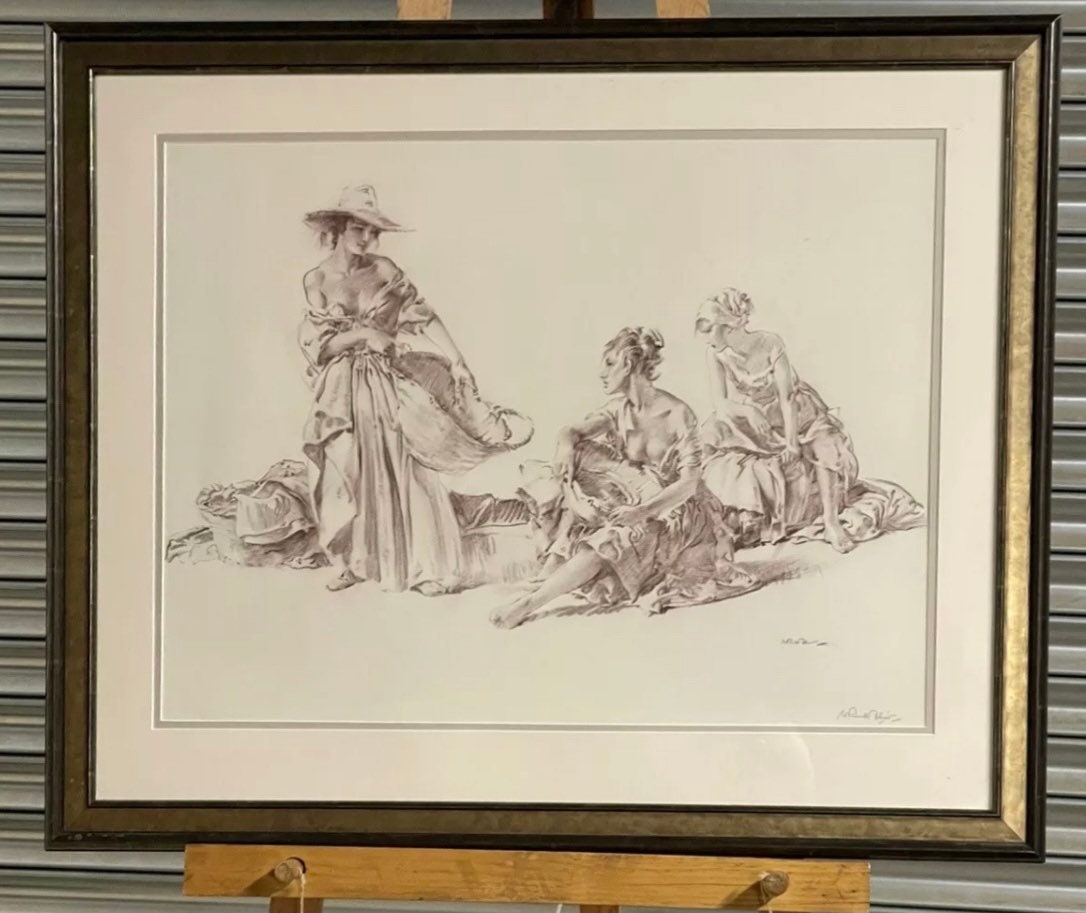 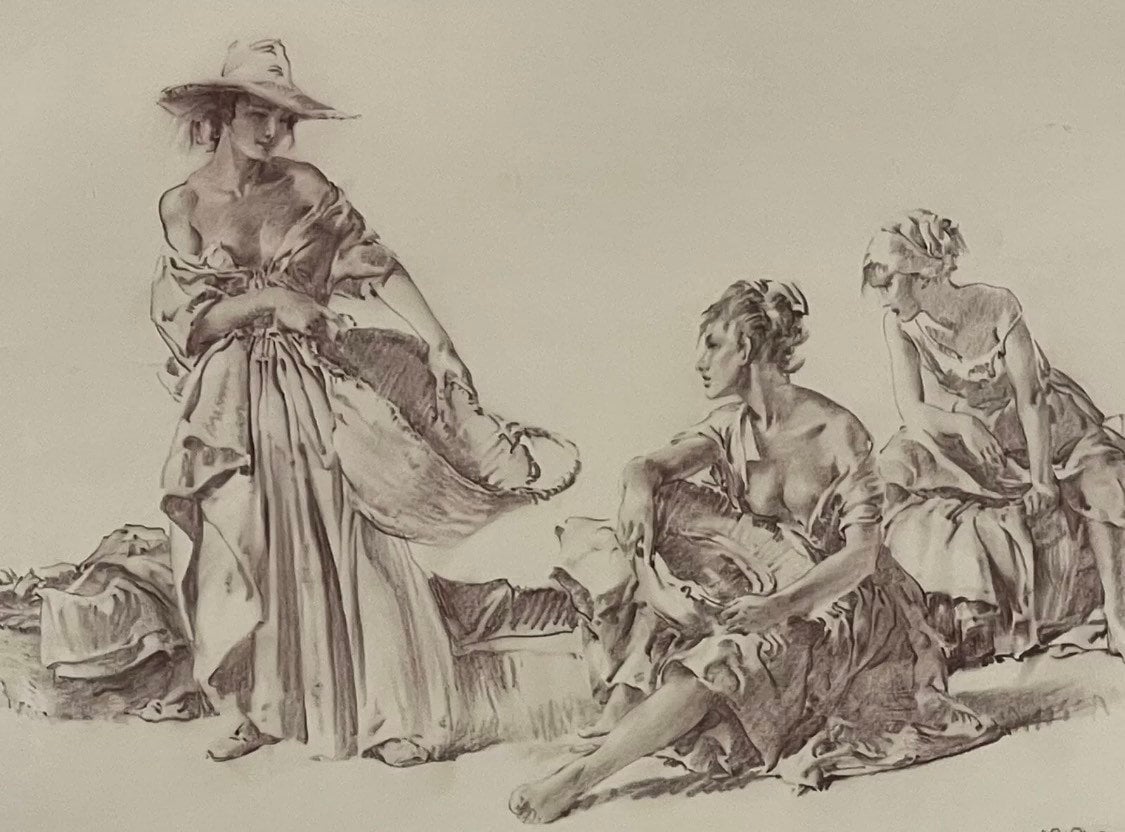 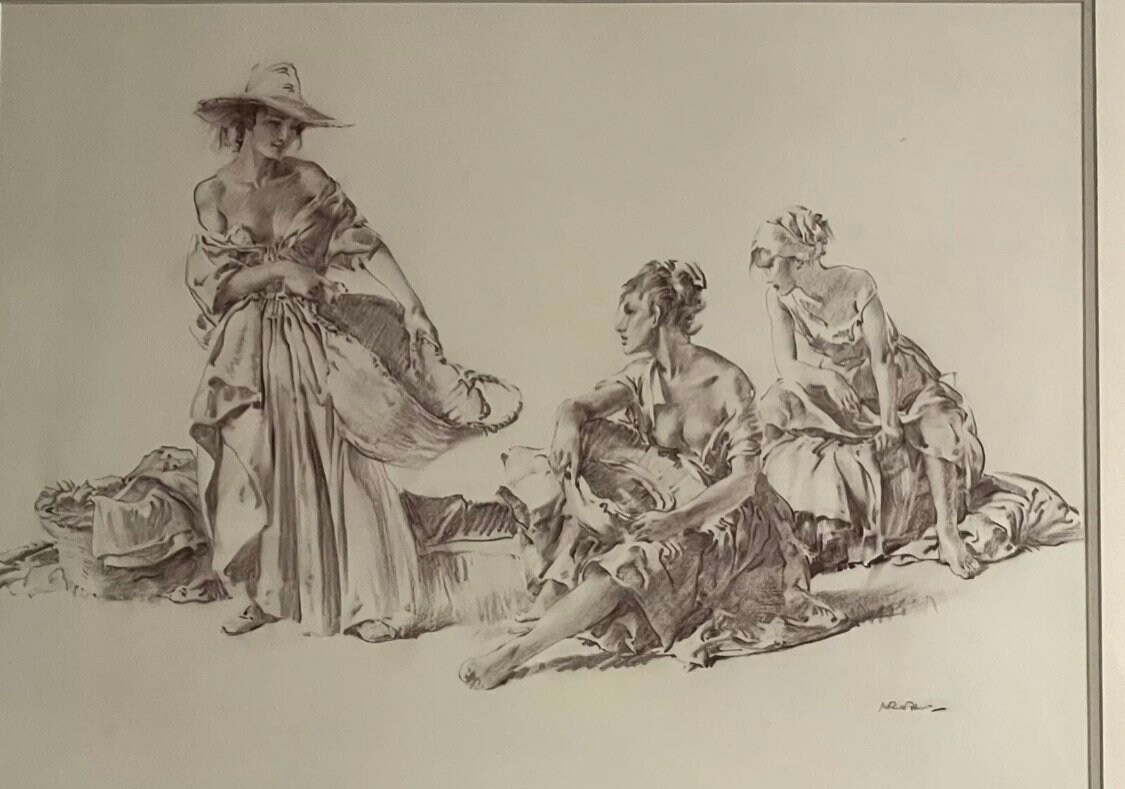 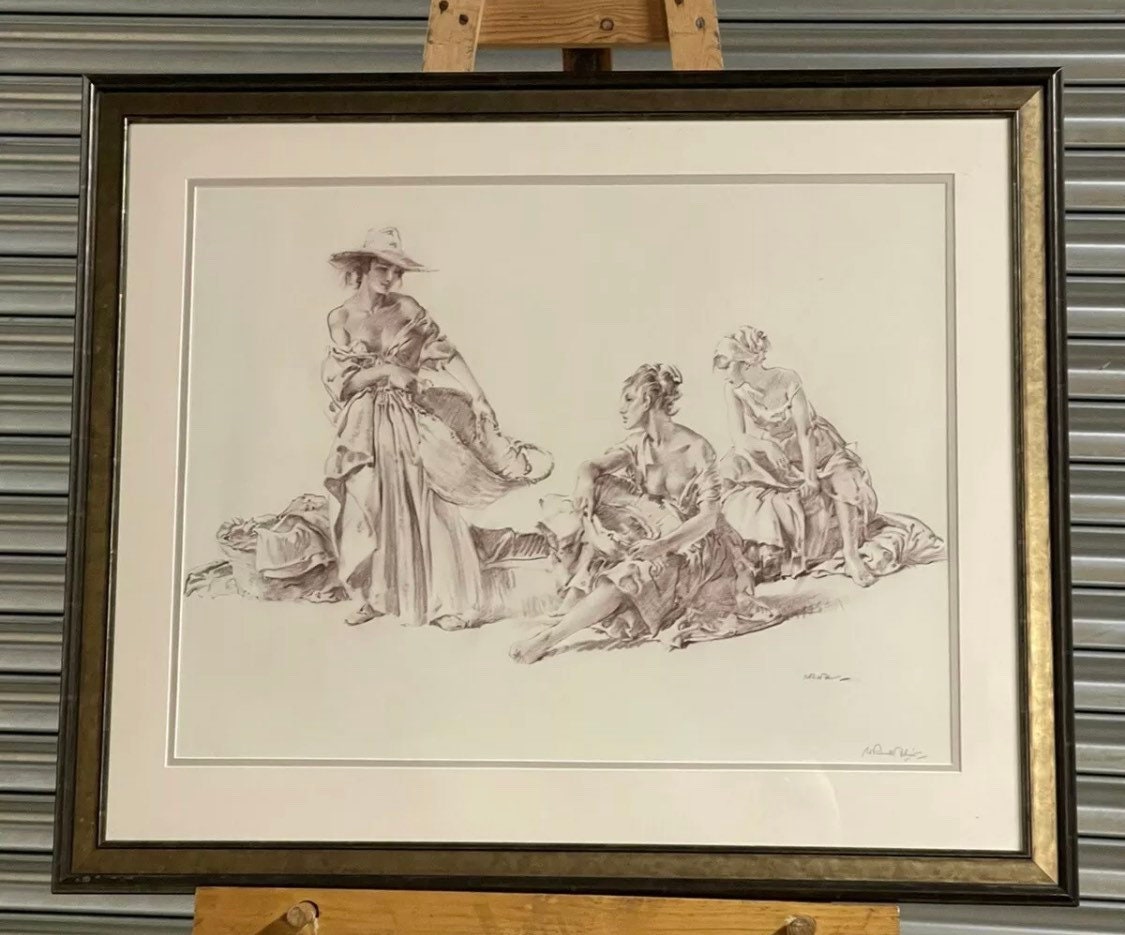 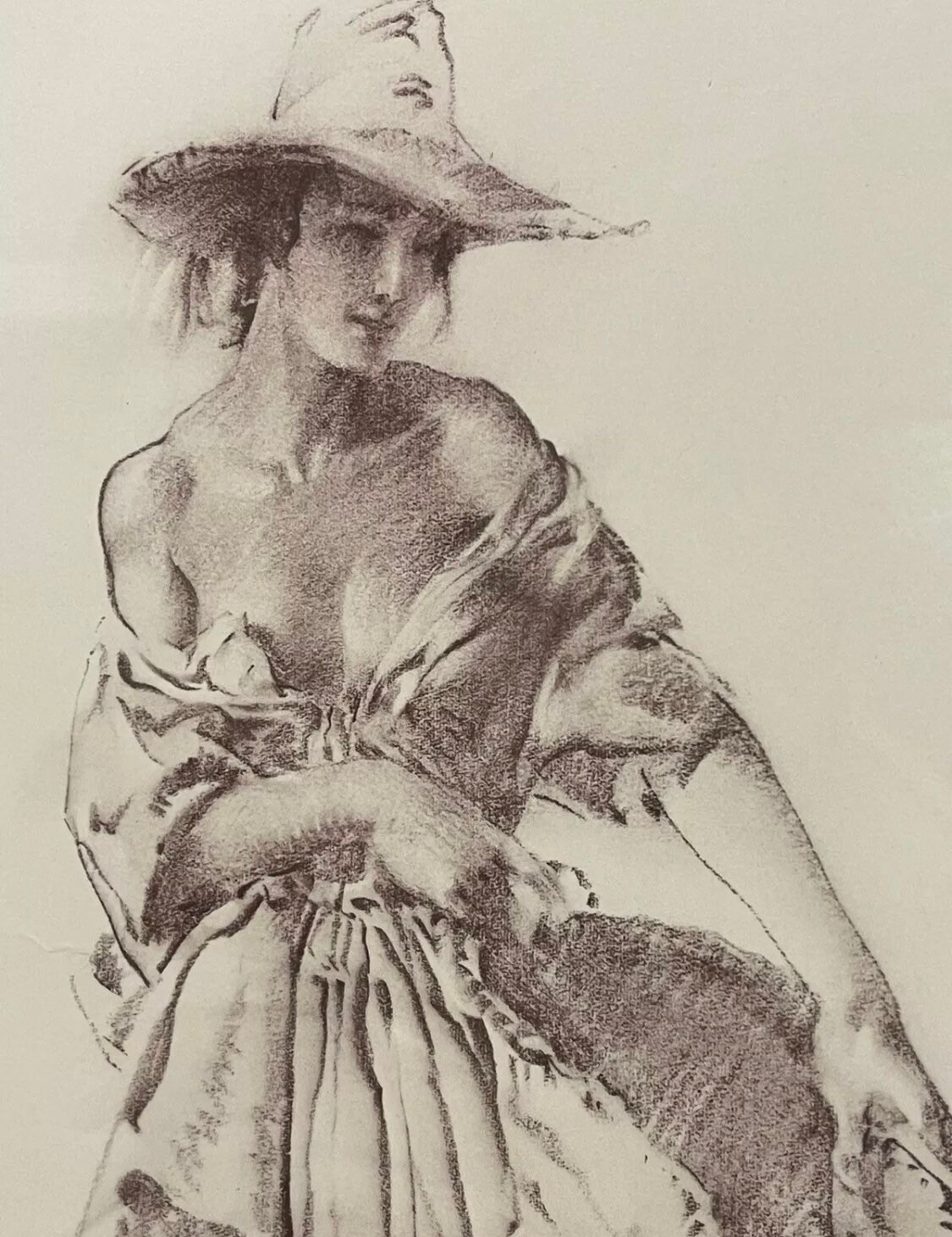 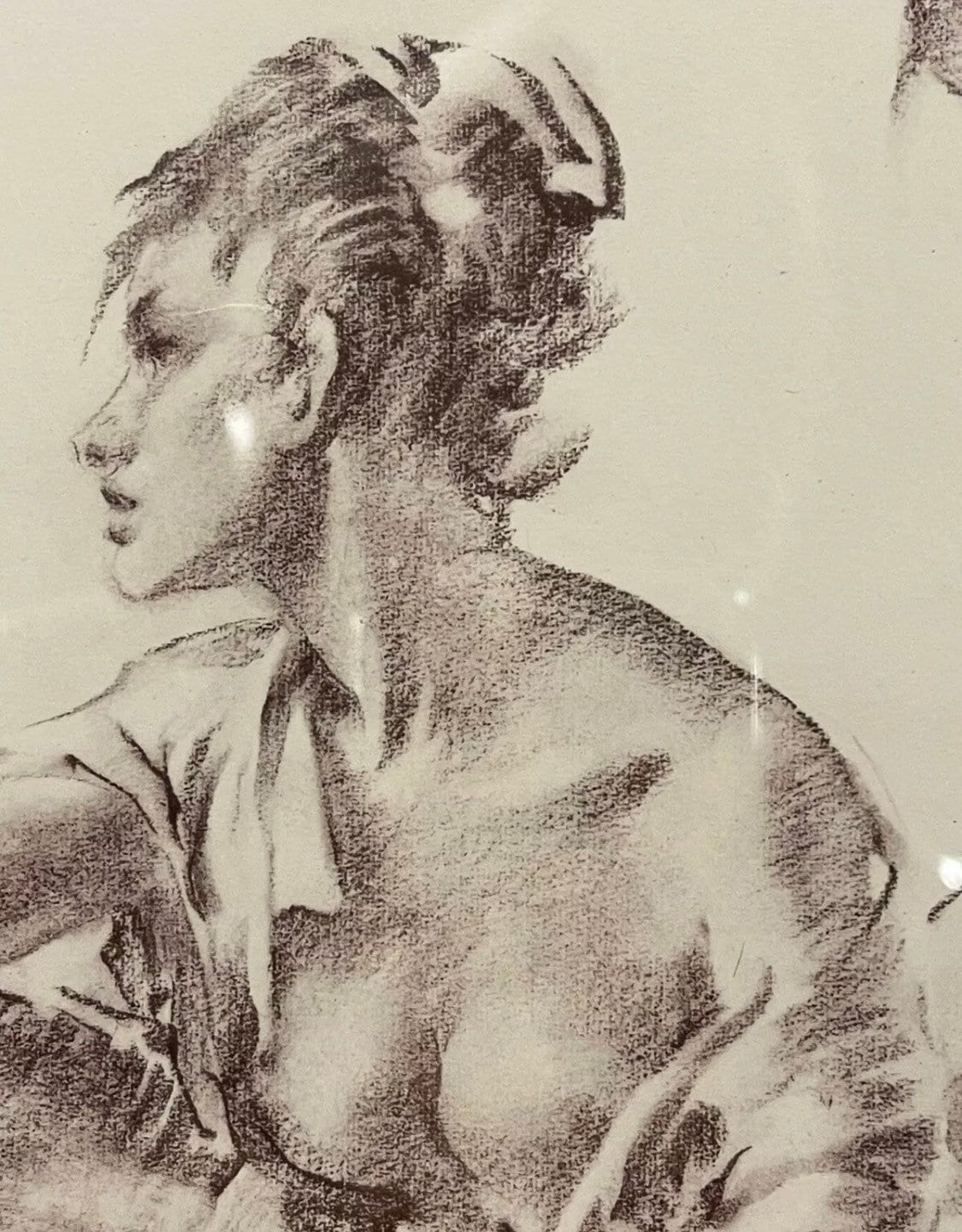 
In December 1969, Sir William Russell Flint died, aged 89, leaving behind one of the finest and most sought after collections of watercolours, with a selection now available as limited edition prints.

Knighted in 1947, his talent with both the watercolour medium and his skill in depicting the female form created a hallmark style, which has since become legendary. Russell Flint’s career began to flourish before World War I where he painted in France and Spain until the Civil War. During this time he produced dreamy paintings reflecting his local scenery and culture. He was elected Associate of the Royal Academy in 1924, full member in 1933 and in 1936 became President of the Royal Society of Painters in Watercolour.

After living in Devon during the Second World War, Russell Flint moved back to London where the post war period became his greatest. In 1947 William Russell Flint was knighted. In 1962 his work was acknowledged by a retrospective exhibition in the Diploma Gallery of the Royal Academy. At the time, Charles Wheeler, the President, paid tribute to the artist, describing his watercolour technique as a ‘baffling skill’. Written by Sarah Baxter, with thanks to Sir William Russell Flint Ltd