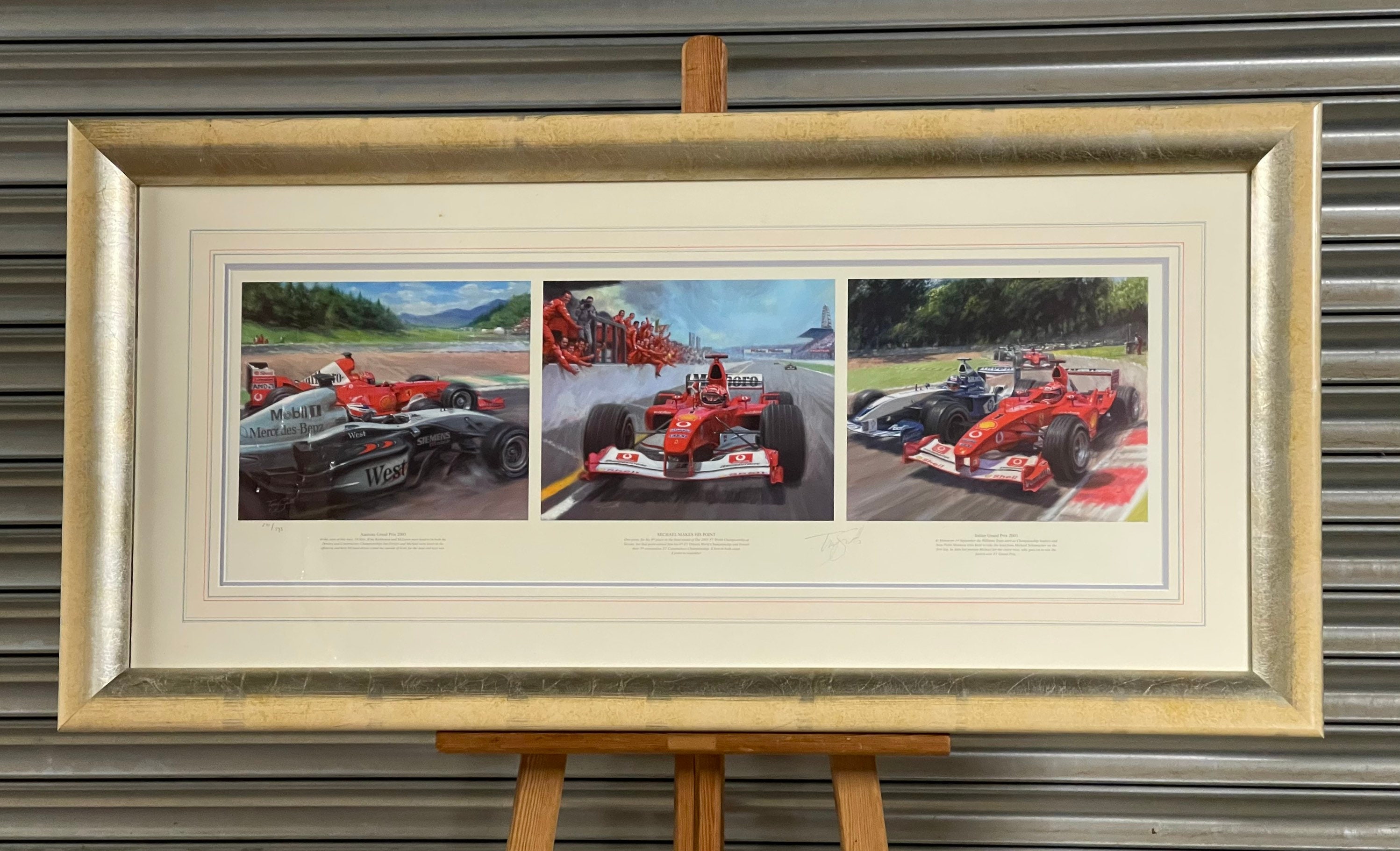 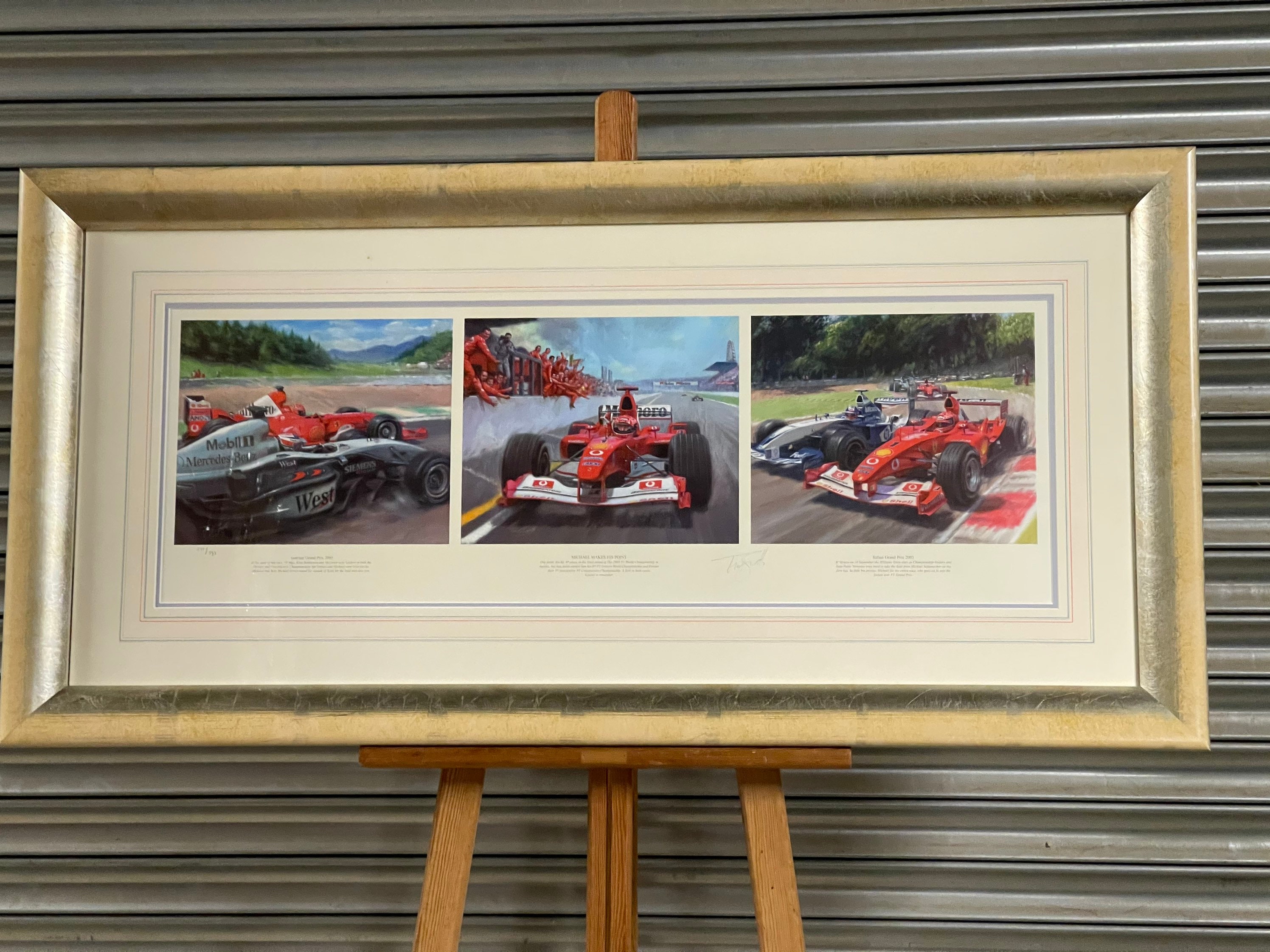 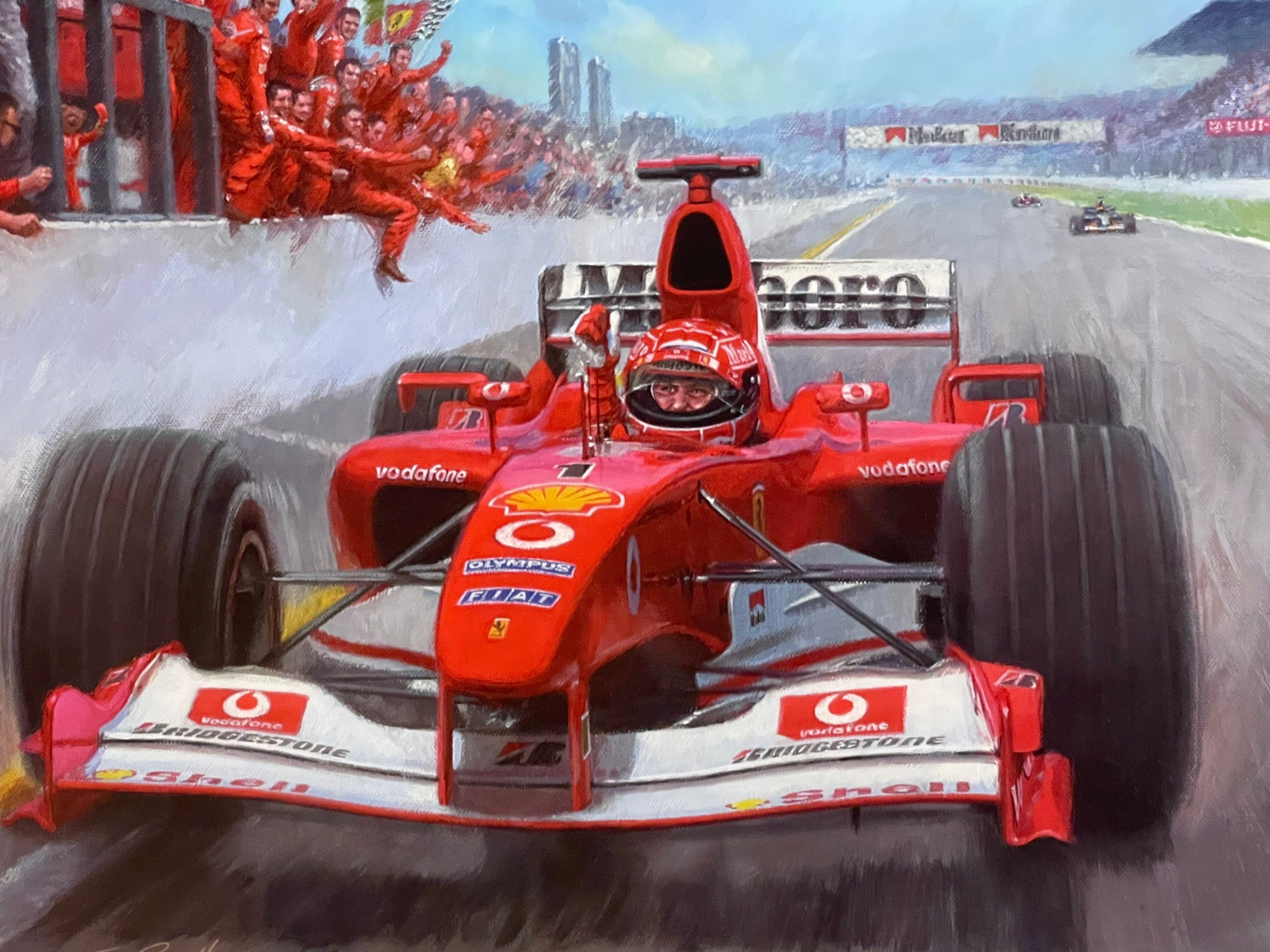 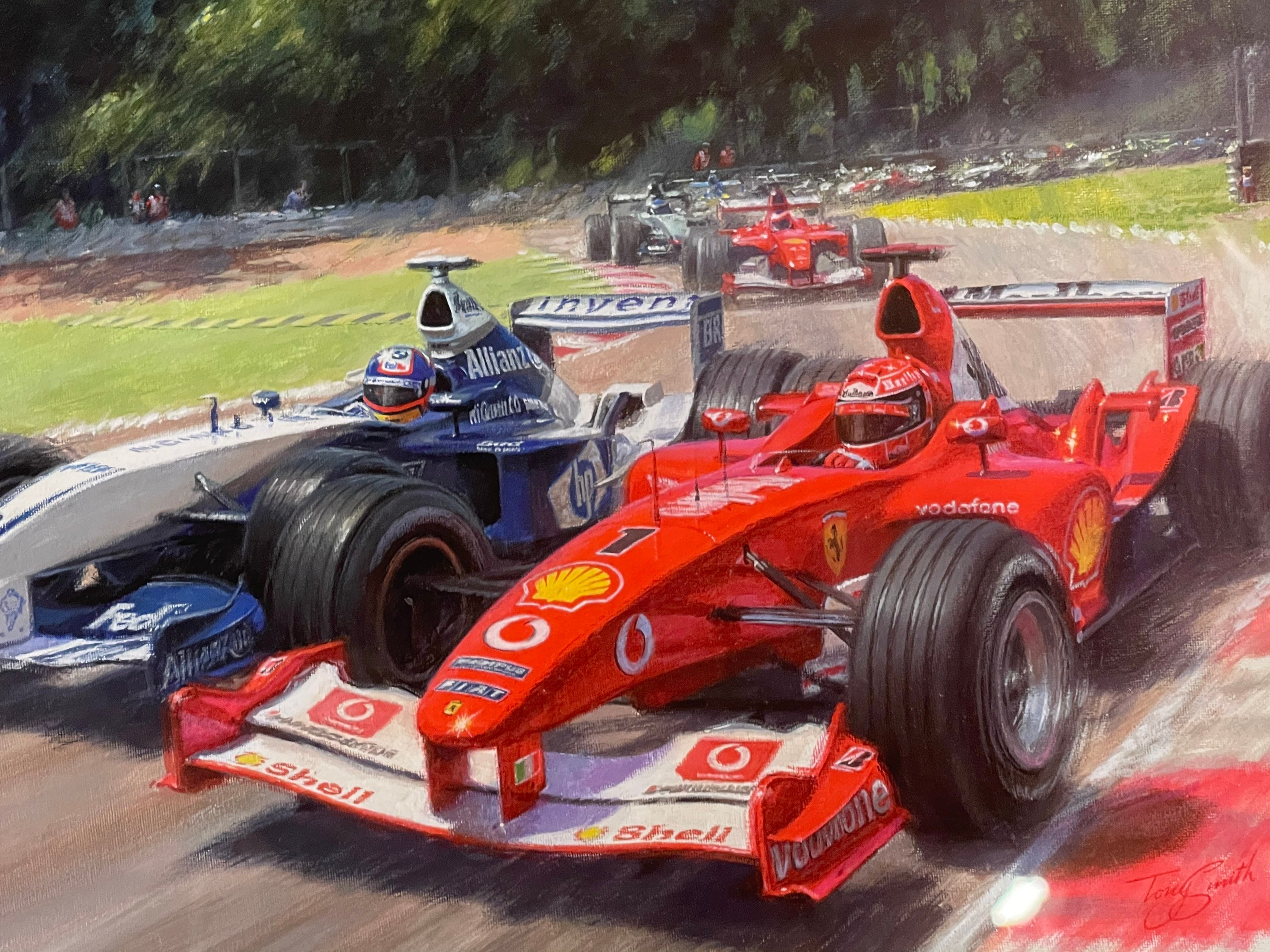 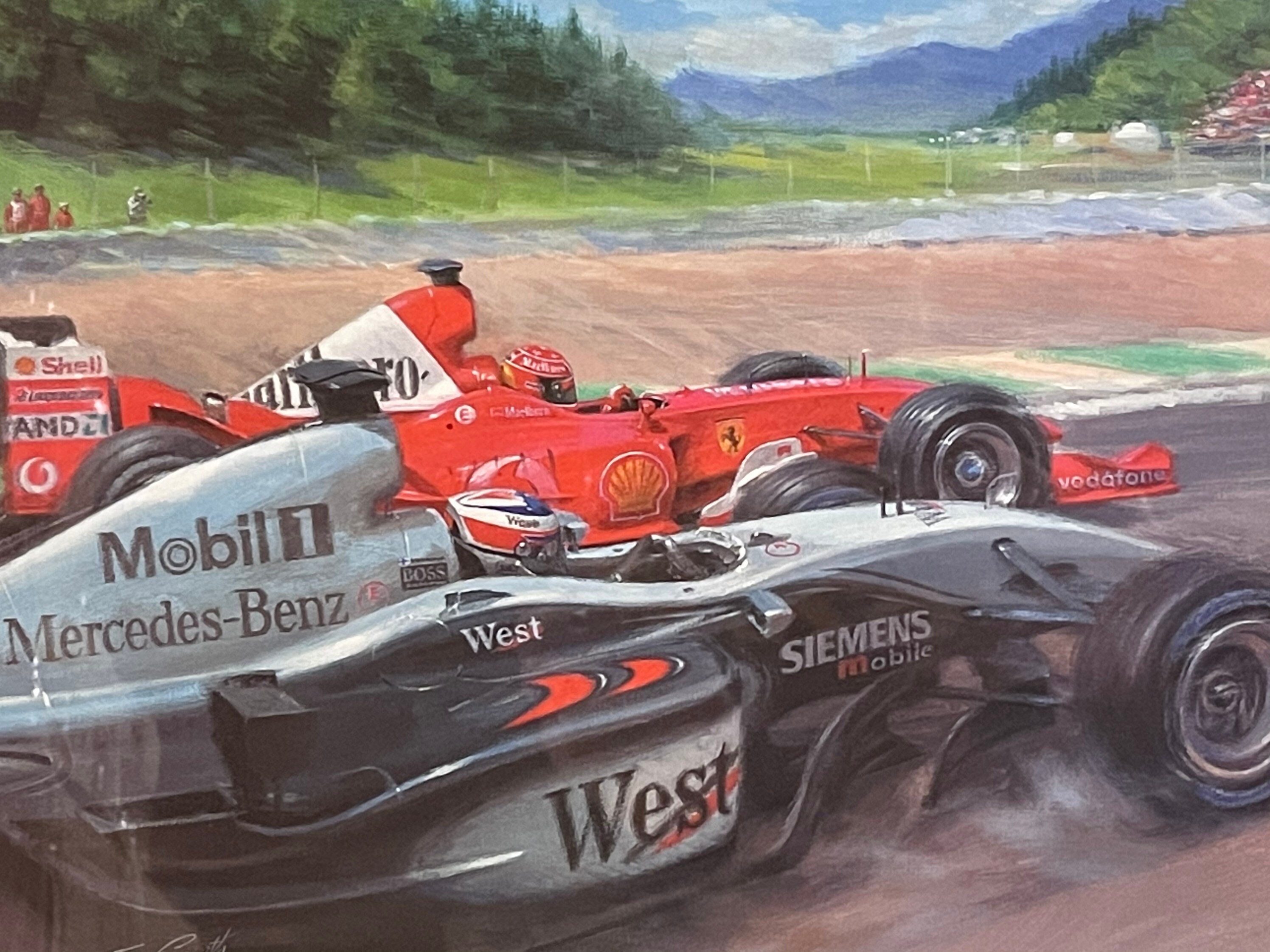 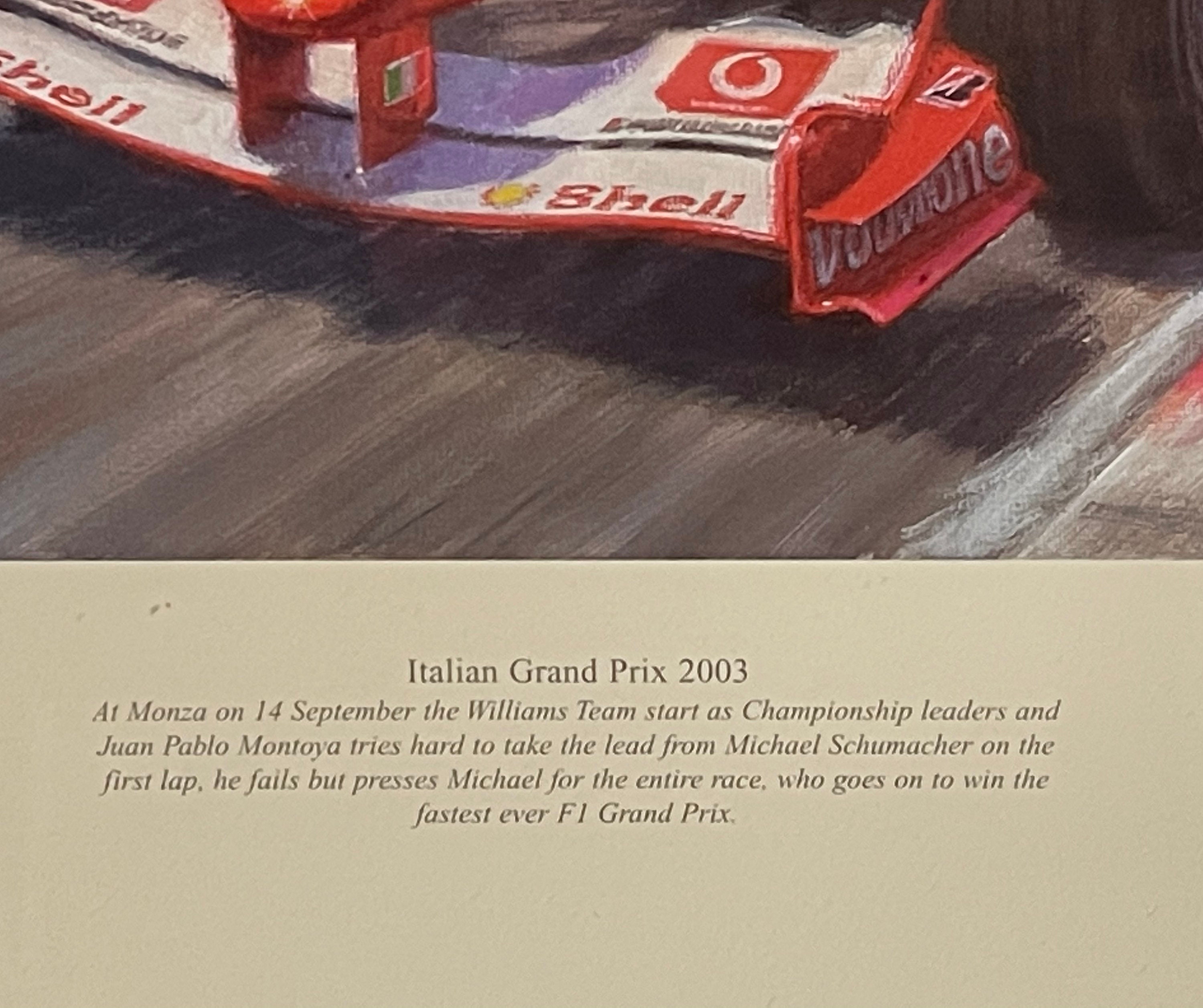 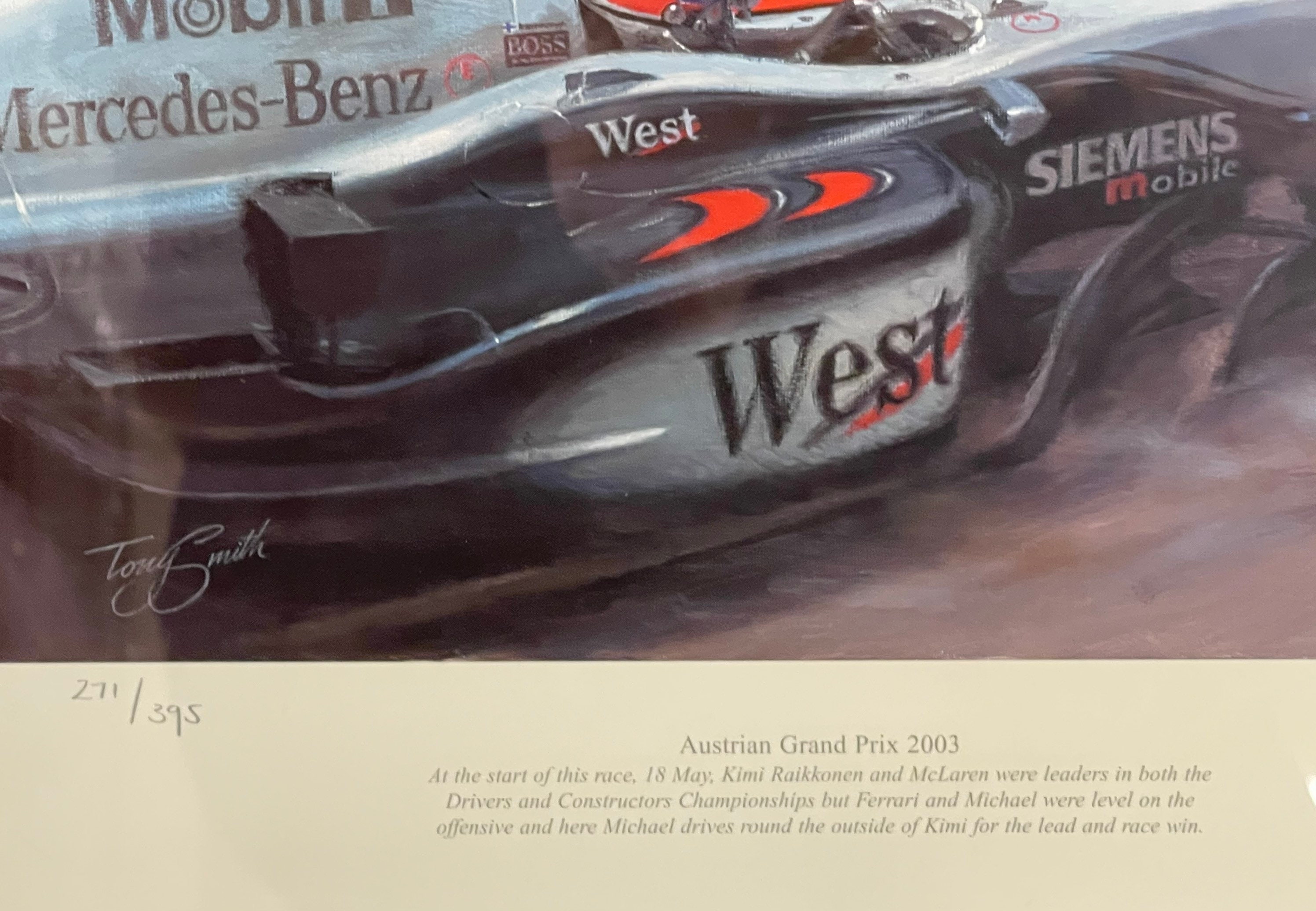 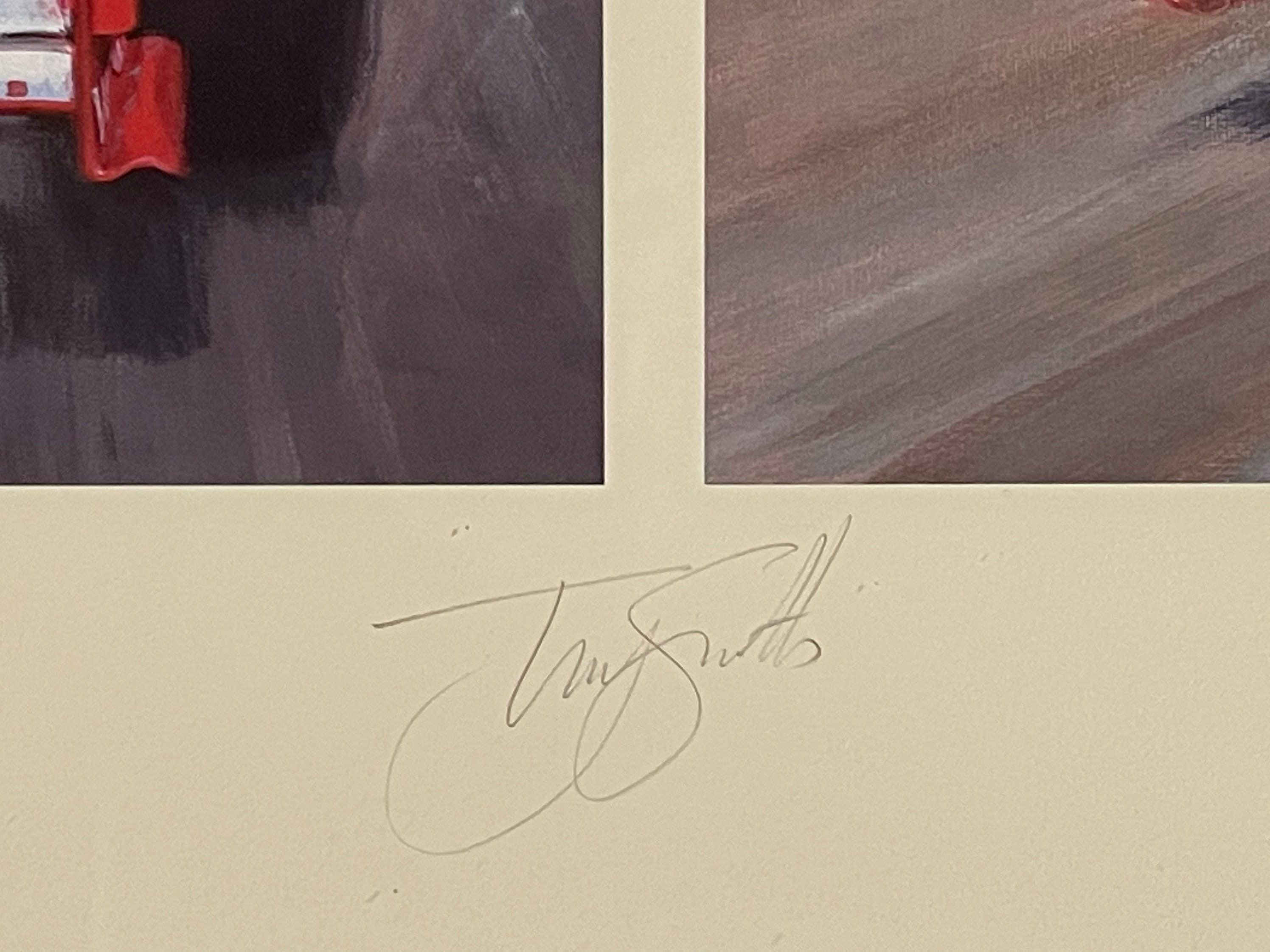 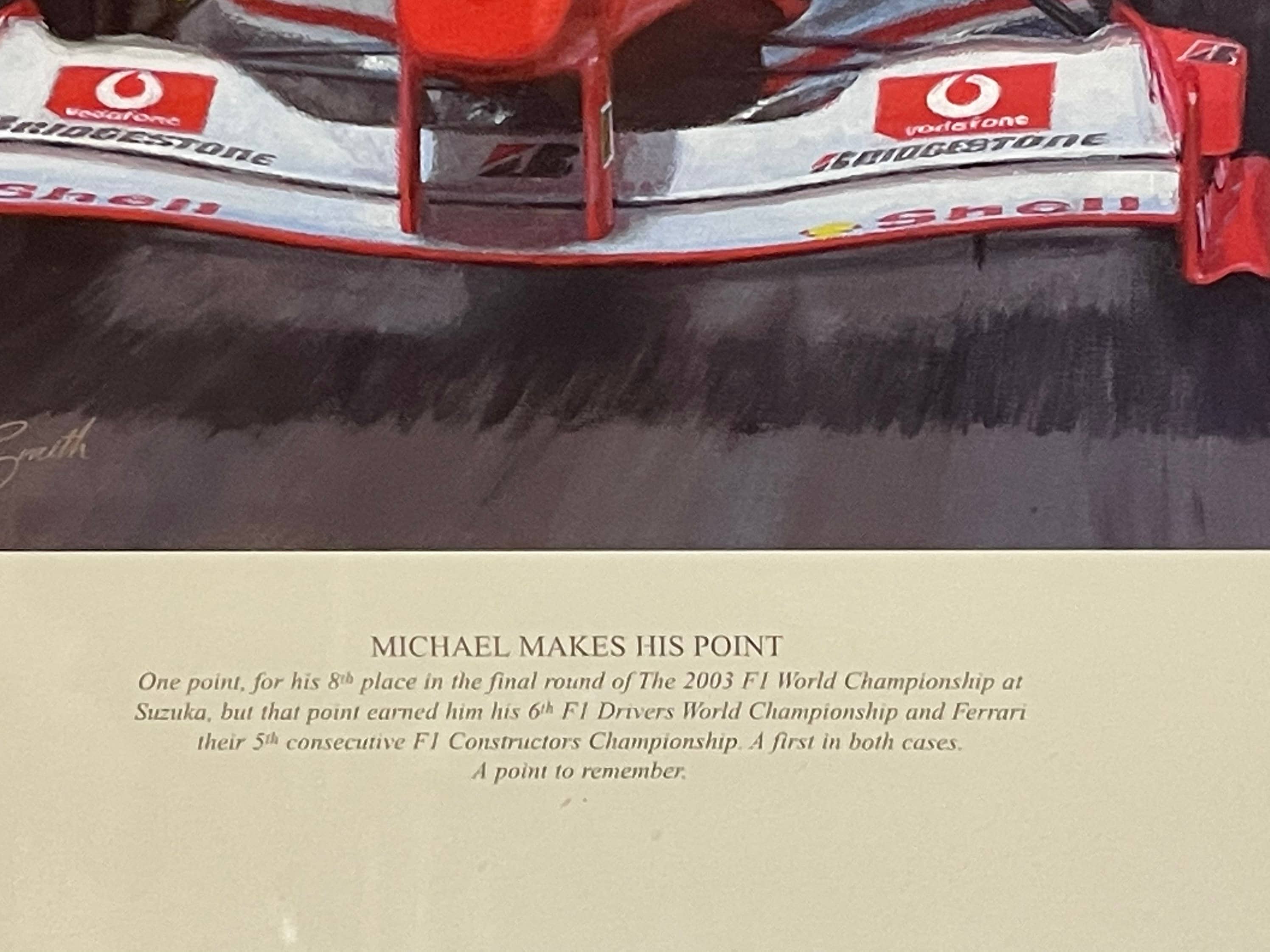 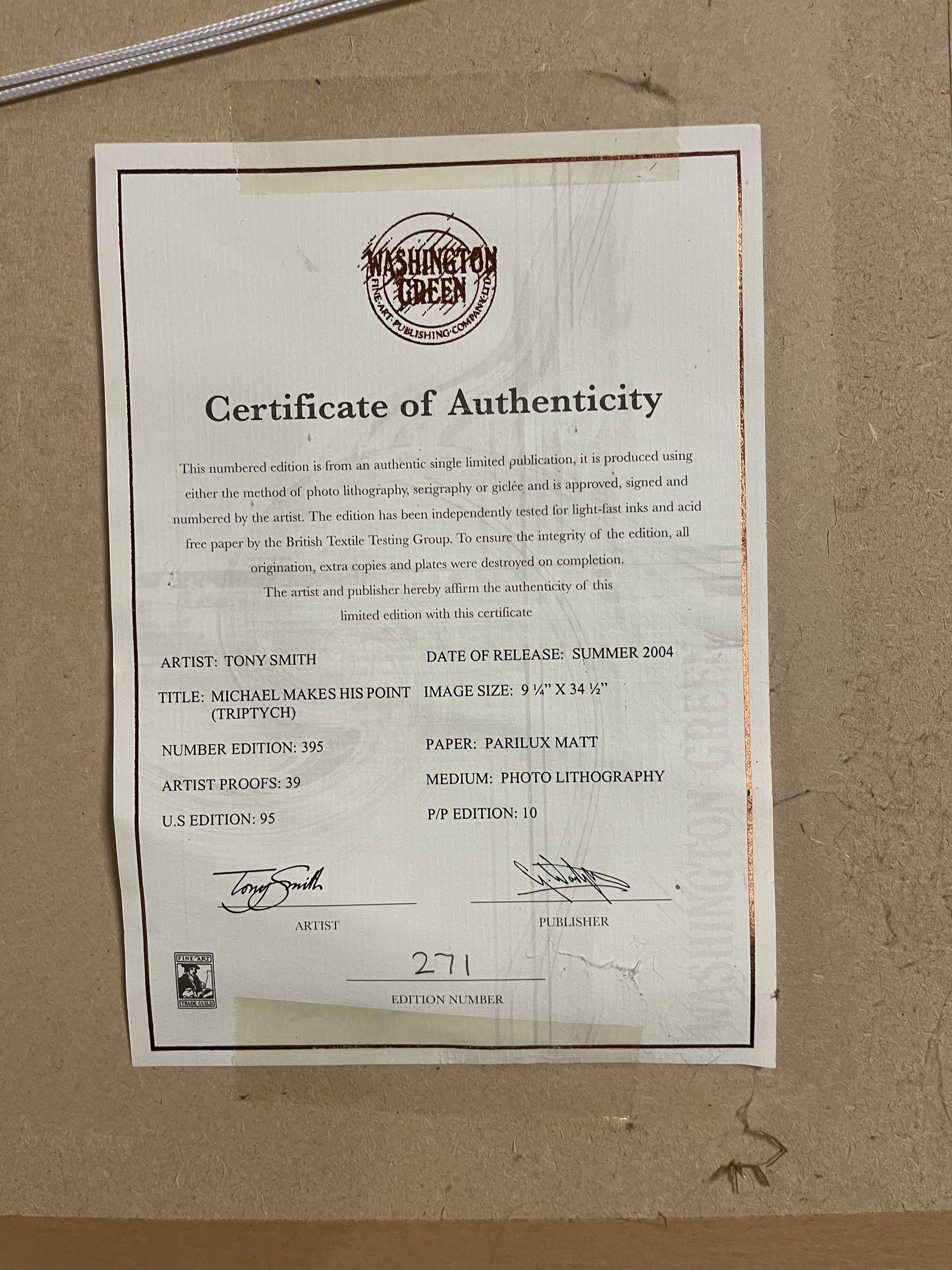 It was announced in 2014 that Michael Schumacher, who had been in a coma since hitting his head in a skiing accident, is awake and is being transferred to a recovery unit. With this good news, I immediately thought of this best selling limited edition print from 2004: ‘Michael Makes His Point,’ by artist Tony Smith.

This amazing triptych print, signed by Tony Smith, was released to celebrate Michael Schumacher winning the 2003 Formula 1 Season. This was a closely contested season with stiff competition from Williams BMW and the McLaren Mercedes team.

The middle image is from the tense final round, the Japanese Grand Prix, where Michael needed just 1 point to win the drivers’ championship.

Signed by artist and also numbered

Will be sent via courier on a 48hr basis