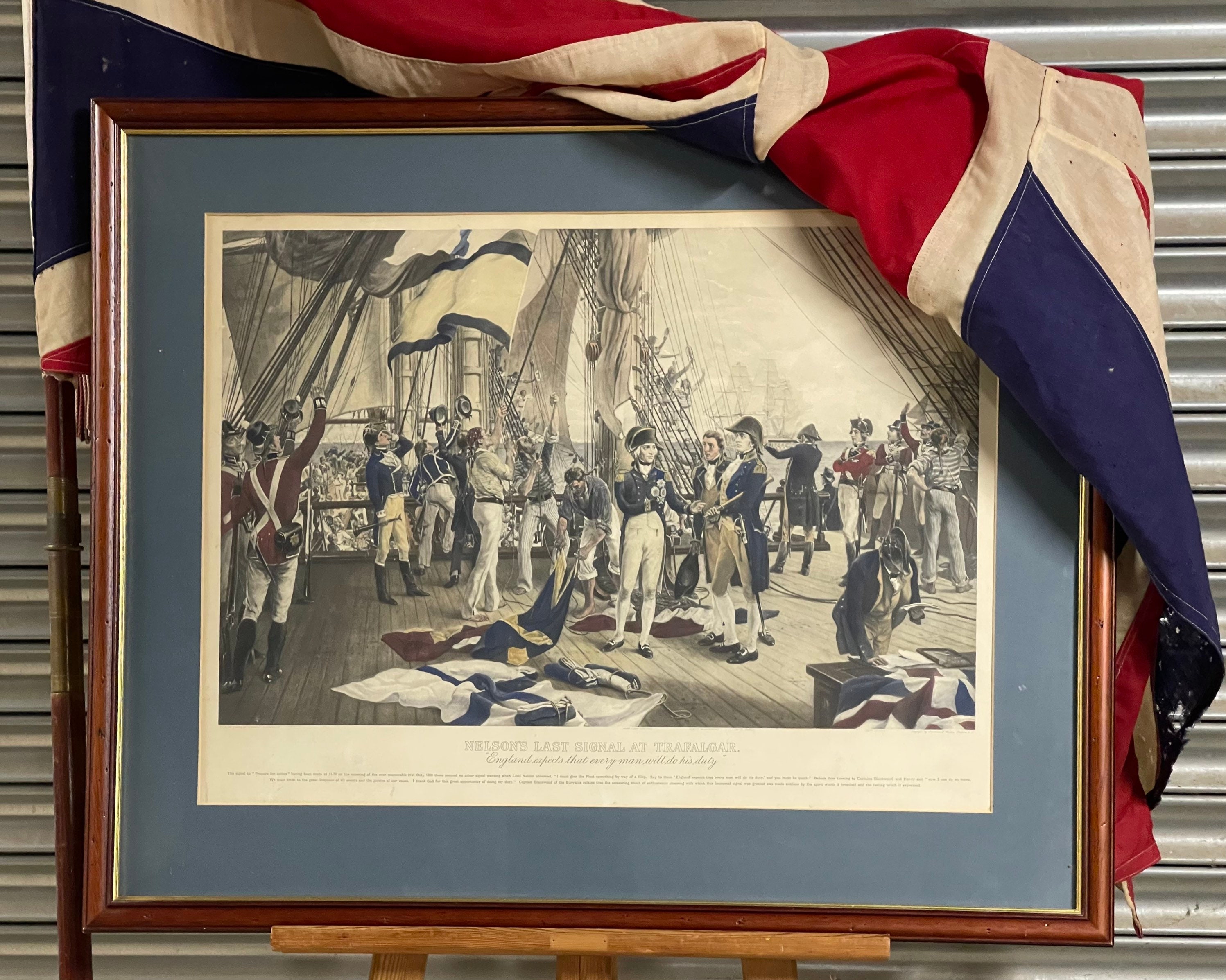 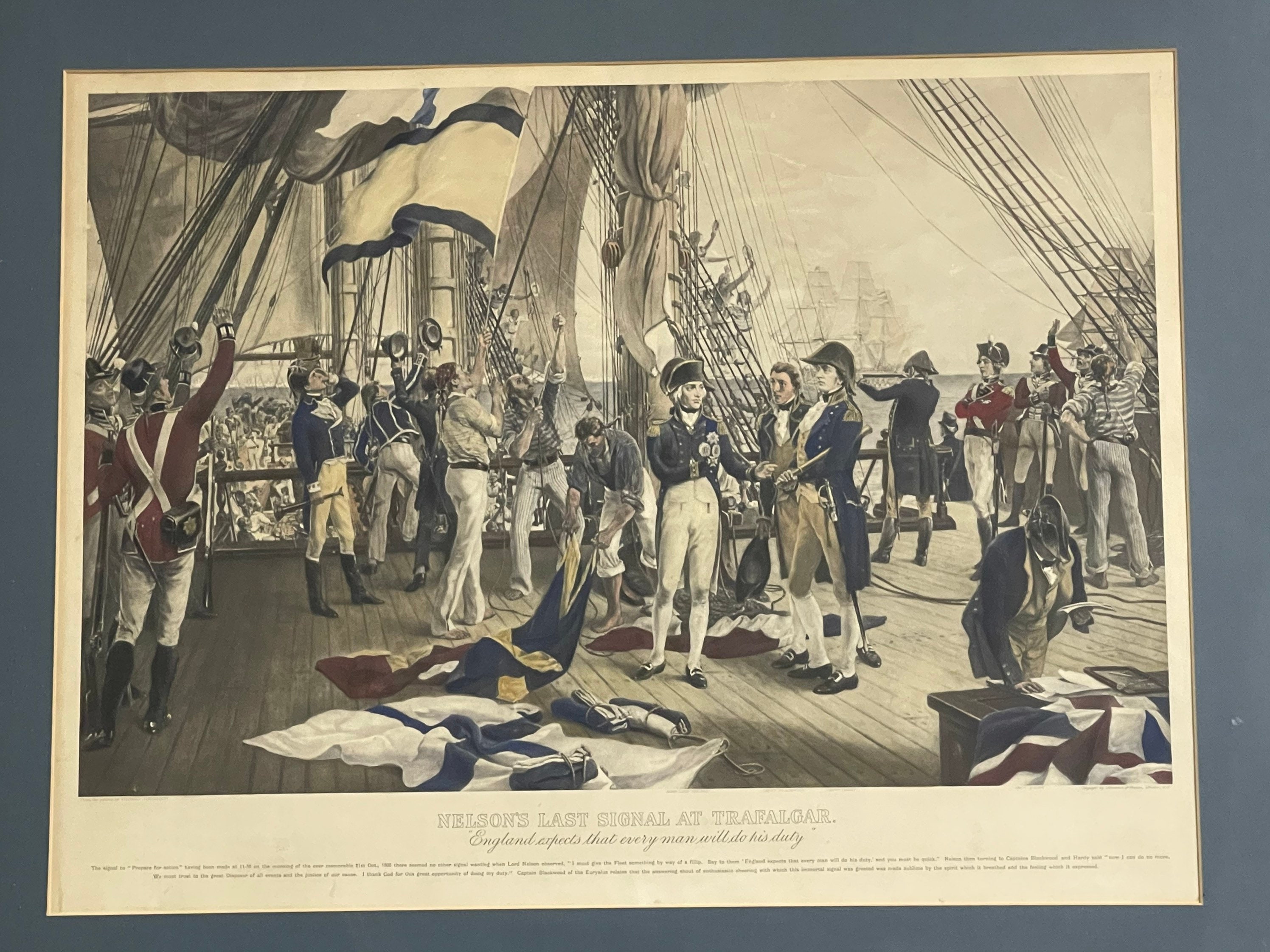 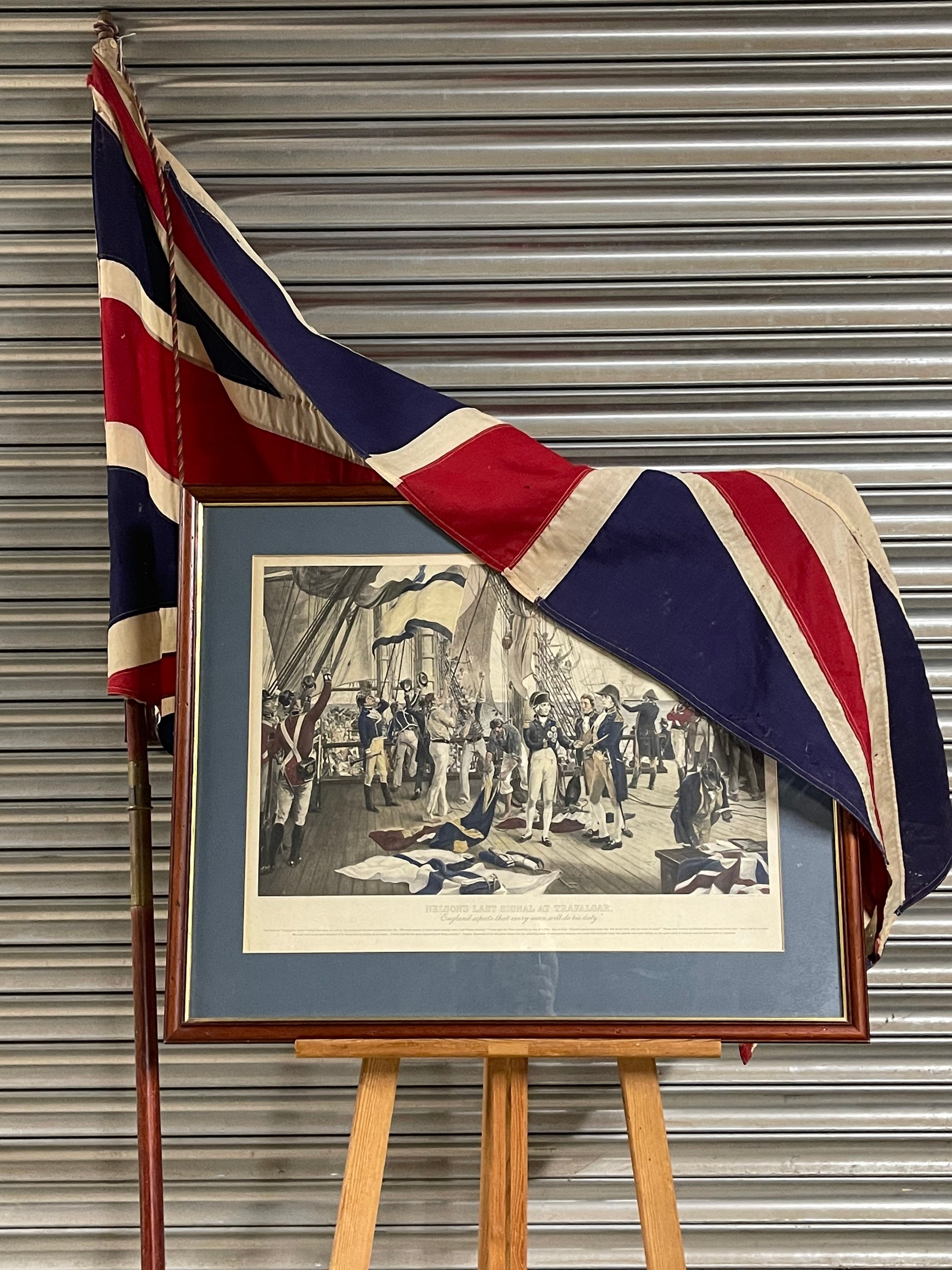 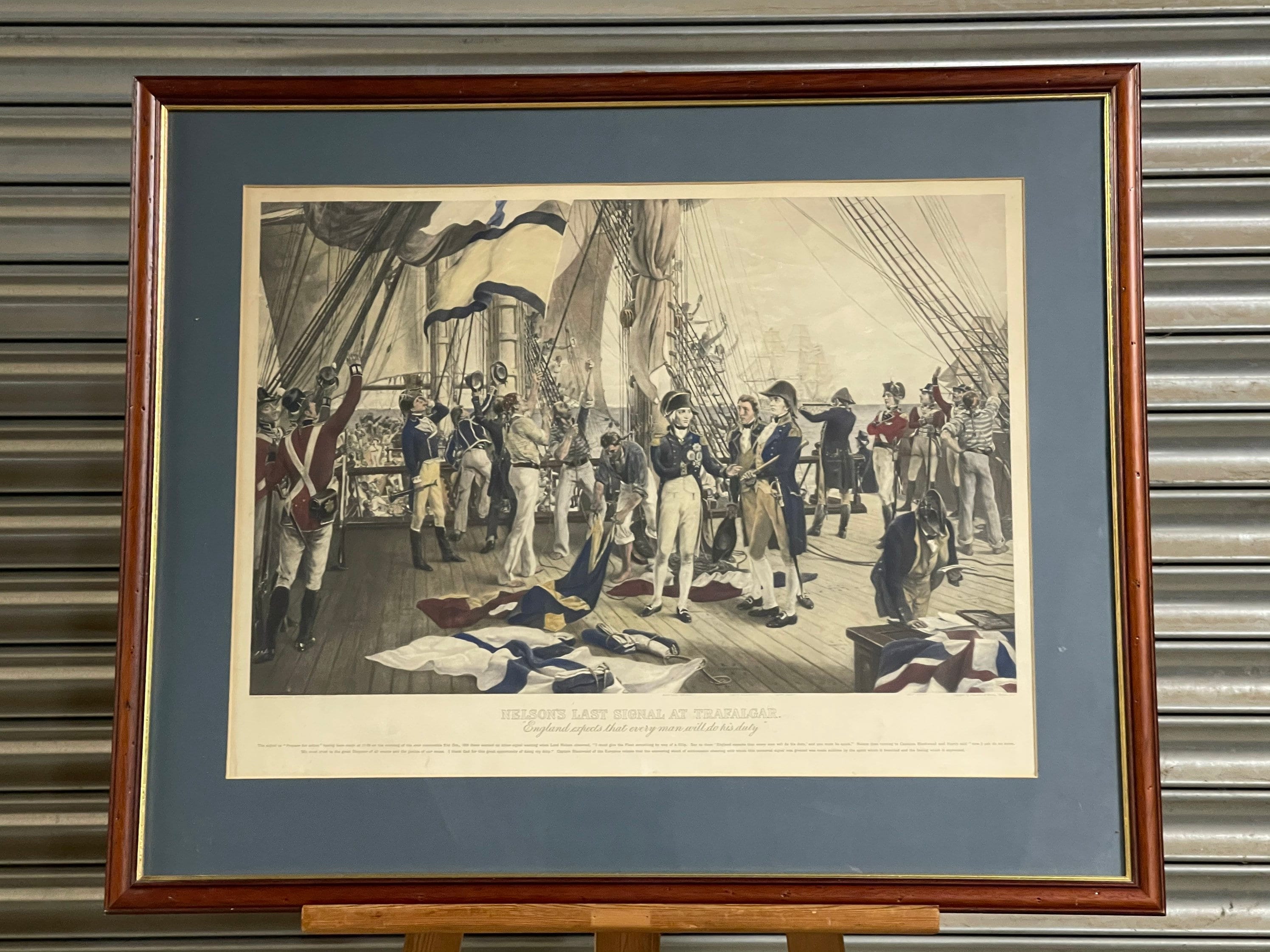 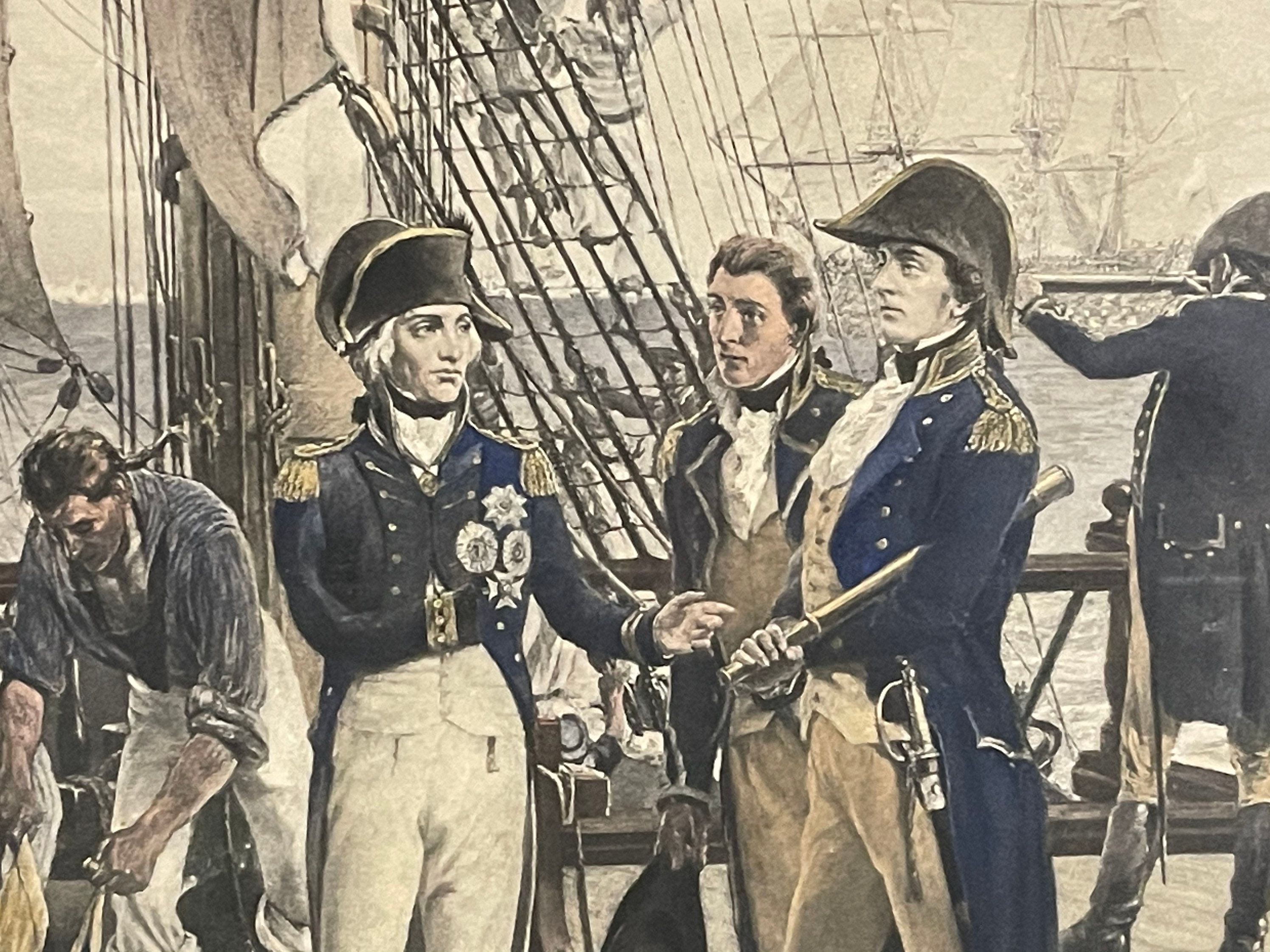 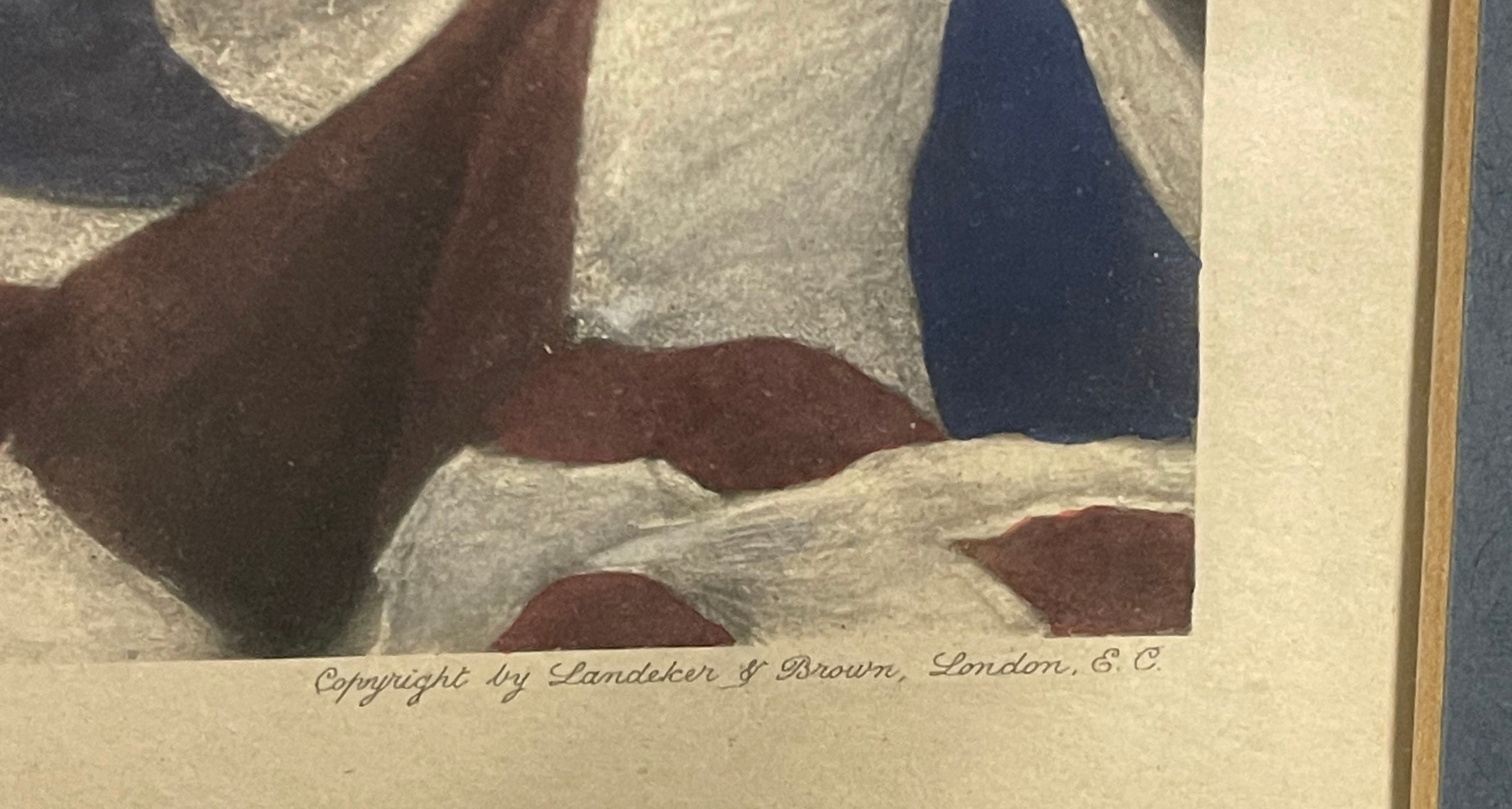 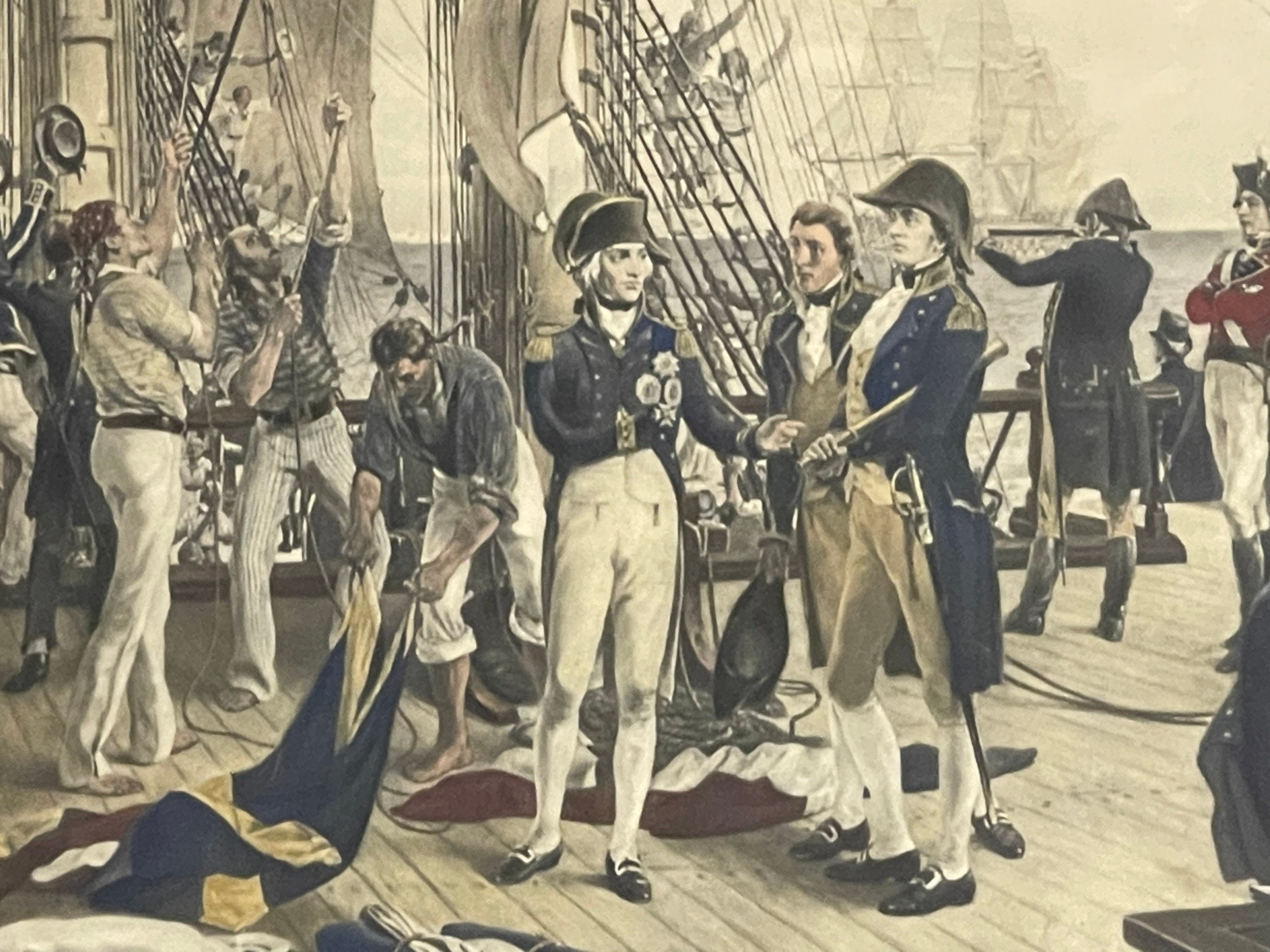 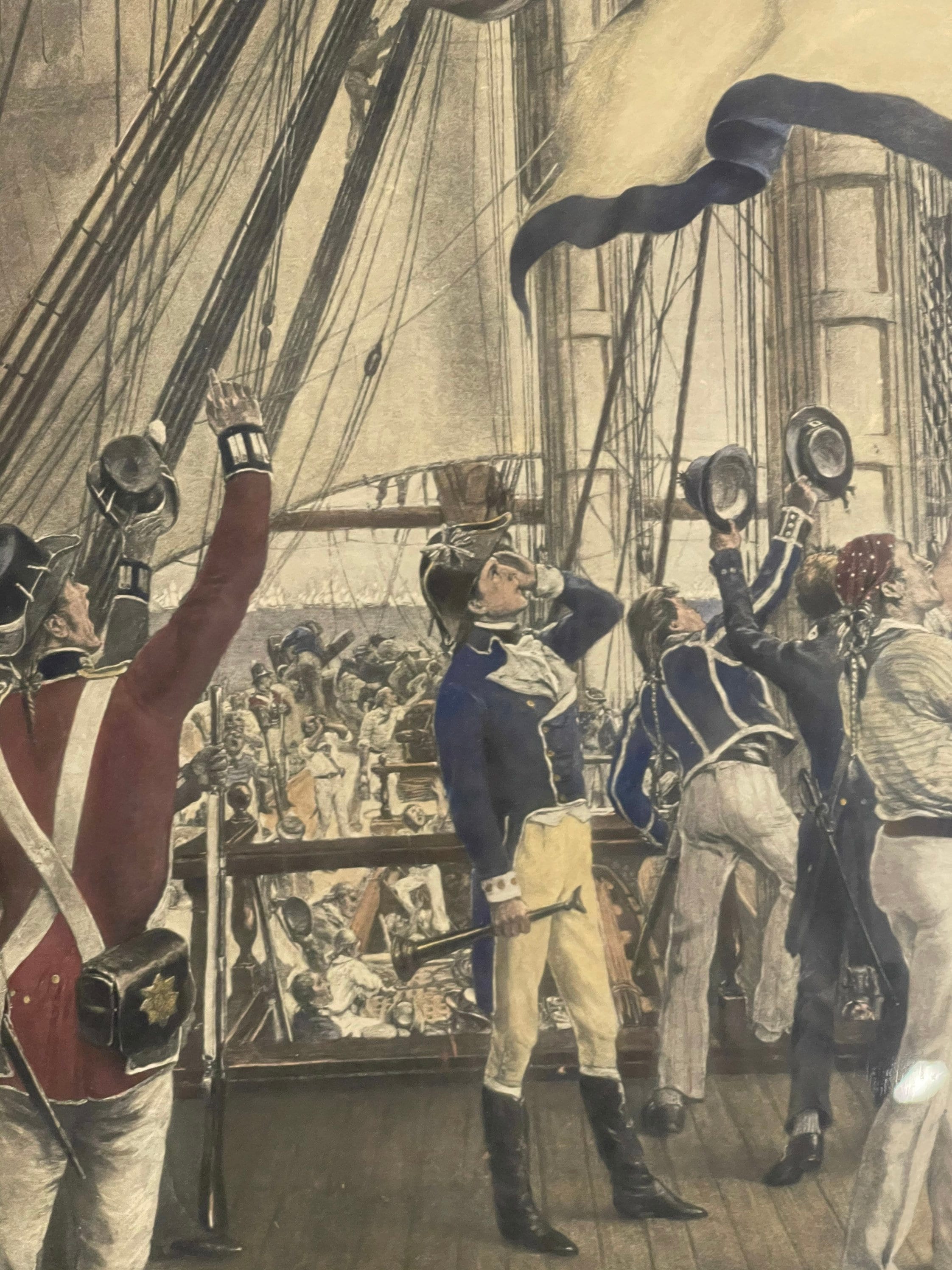 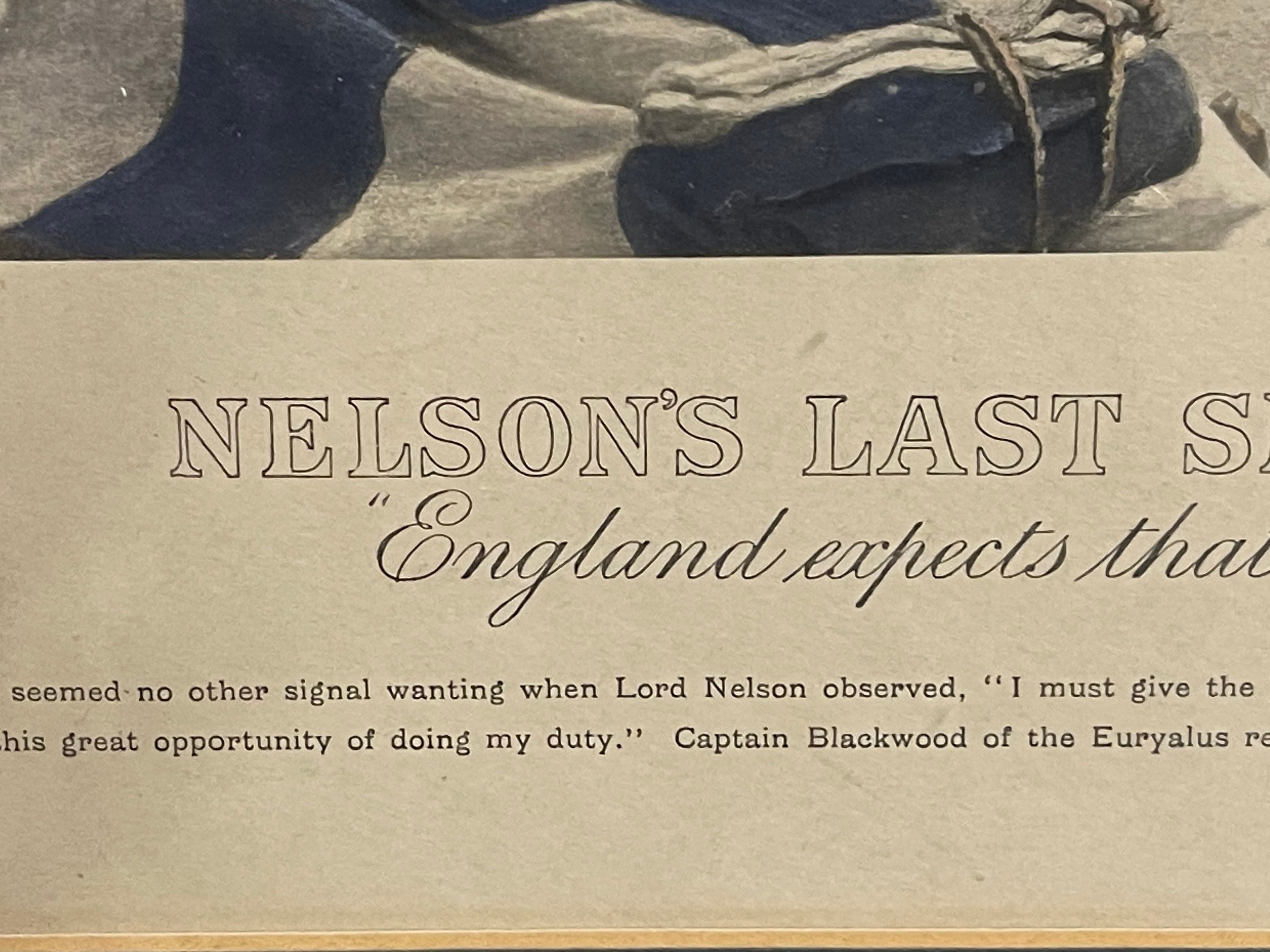 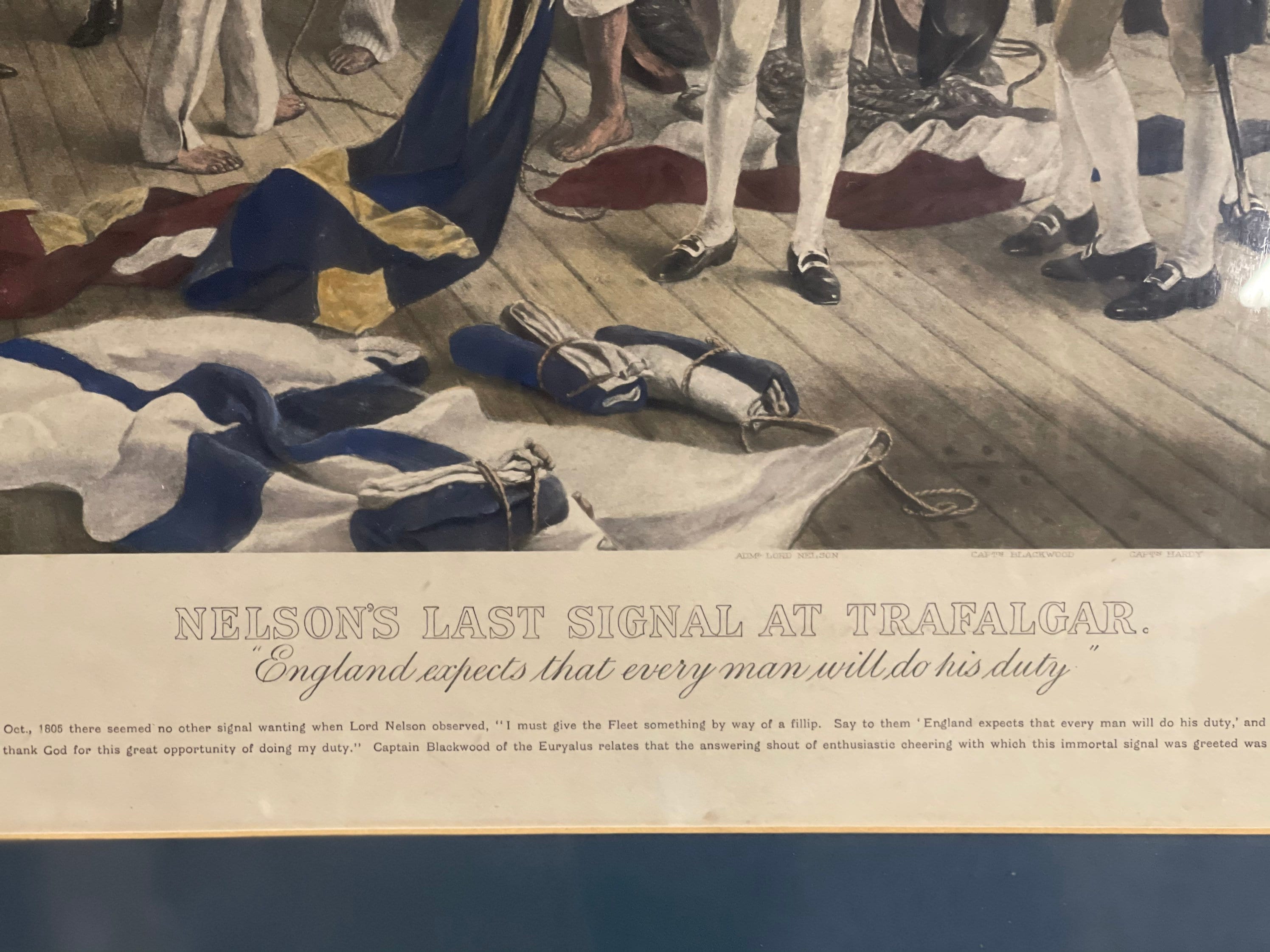 Lithograph depicts Lord Viscount Nelson aboard his British Naval ship at the Battle of Trafalgar giving a signal to his crew to raise certain signal flags, with other flags on the deck and soldiers standing all around. Calm seas stretch out behind the ship with two tall ships in the background. Inscribed below image with names of officers represented in scene, including Lord Nelson, Captain Blackwood, Captain Handy, and SMCY Scott.